5 places in Moscow where you can try regional Russian cuisine

Russian Kitchen
Anna Sorokina
Dagestanskaya Lavka
Many Russian regions have their own unique culinary cultures. So where in Moscow can you try some of the most delicious Buryat or Dagestani dishes? Save these addresses! 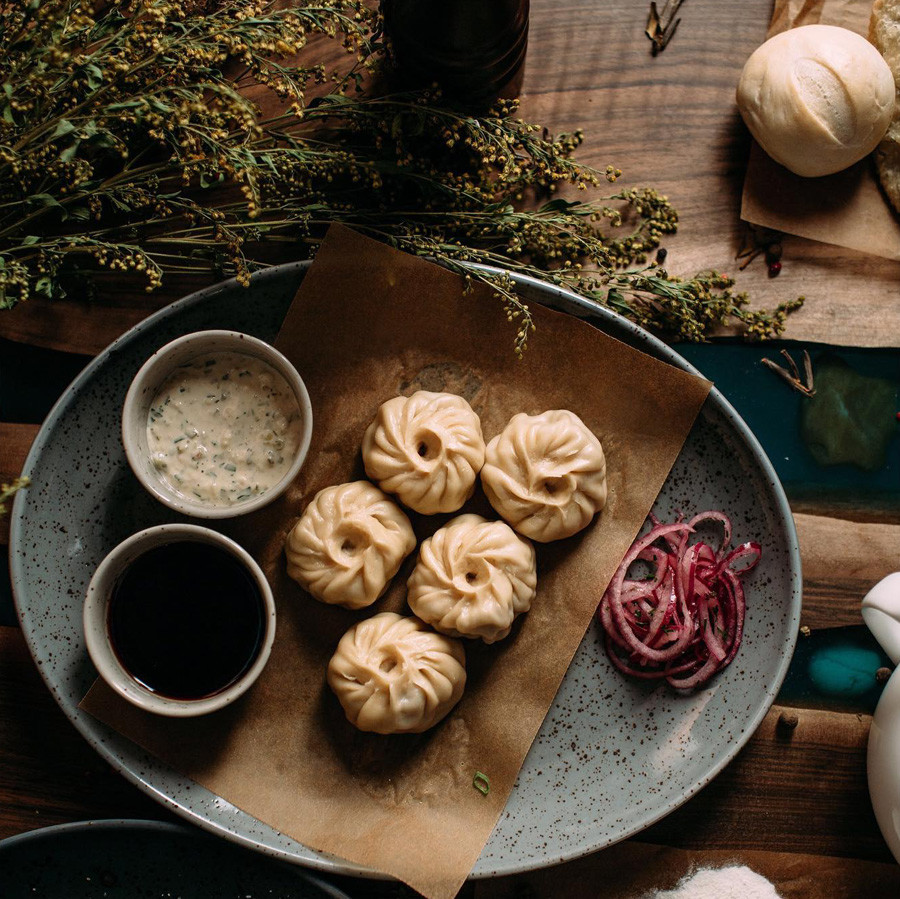 The staples of Buryat cuisine are rich soups, fatty meats and homemade cheeses. The main dish to try is buuzy, which are traditional Buryat dumplings stuffed with minced meat—usually beef or lamb, but sometimes a mixture of beef and pork.

On the soup menu, check out bantan, which is a fatty meat broth with pieces of beef or lamb and flour. At restaurants, the flour in bantan is often replaced with buuzy.

Several Buryat restaurants in Moscow are particularly popular among members of the local Buryat community. The most famous of these is Orda, which is near Turgenevskaya metro station.

If you are looking for more affordable options, check out the second floor of the gastromarket food court on Maroseyka Street. There is a Buryat cuisine place there called YURT that imports ingredients directly from Buryatia. Its menu features lamb buuzy (390 rubles, $6), bukhler soup cooked with lamb broth (450 rubles, $7), khushuury (pastries) with beef (150 rubles, $2.40). 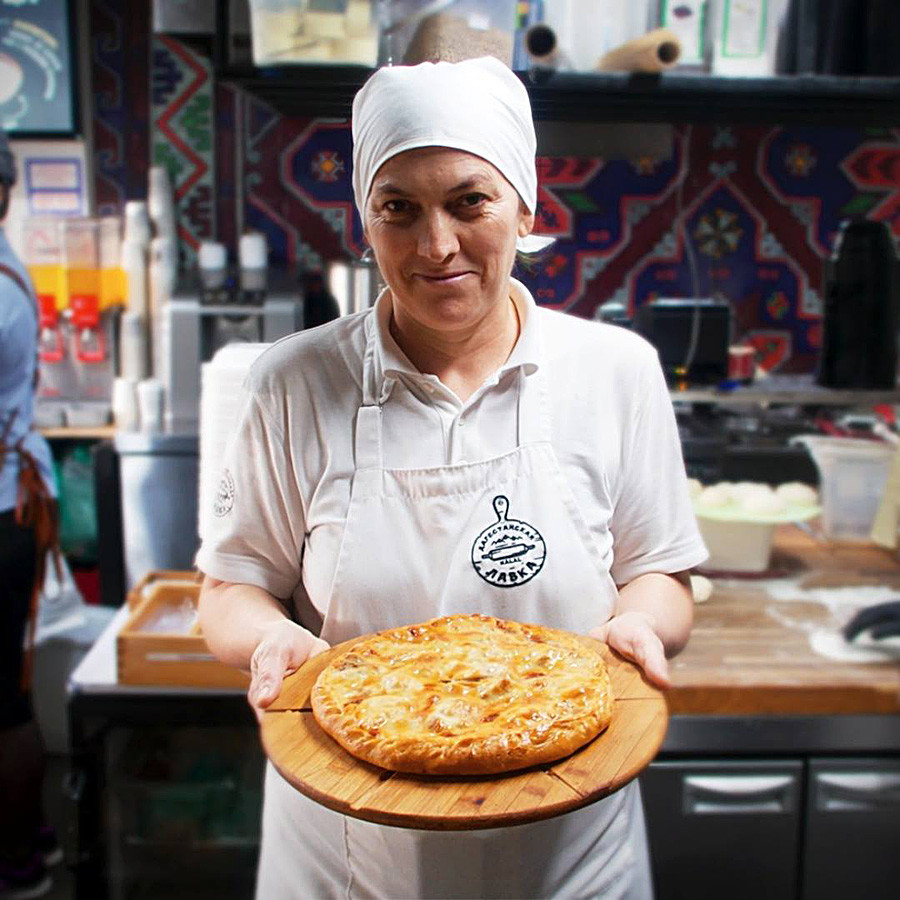 Did you know that Dagestani khinkal and Georgian khinkali are actually two entirely different dishes? In Dagestan, khinkal is served with the meat and dough separate from each other and accompanied by a sauce, fried stew and broth. And unlike khinkali, khinkal can be cooked not only with wheat, but also with corn flour. It goes without saying that the many different ethnic groups living in Dagestan have their own unique khinkal recipes. Avars make it in the form of a rhombus, Laks in the form of "shells," while Dargins use stripes with walnuts.

In addition to khinkal, Dagestani cuisine is famous for its chudus—flatbreads made with chopped herbs, cheese, cottage cheese or beef—as well as kurze, which are potato or meat dumplings made from thin dough with a patterned edge.

You can find delicious khinkals (290 rubles, $4.50) and chudus (150 rubles, $2.40) at the Dagestanskaya Lavka in the Tsvetnoy food court, Danilovsky Market, Gastroferma on Baumanskaya Street, as well as on the central avenue of VDNKh. In the end, words can’t convey how good this cuisine is so just try it for yourself. 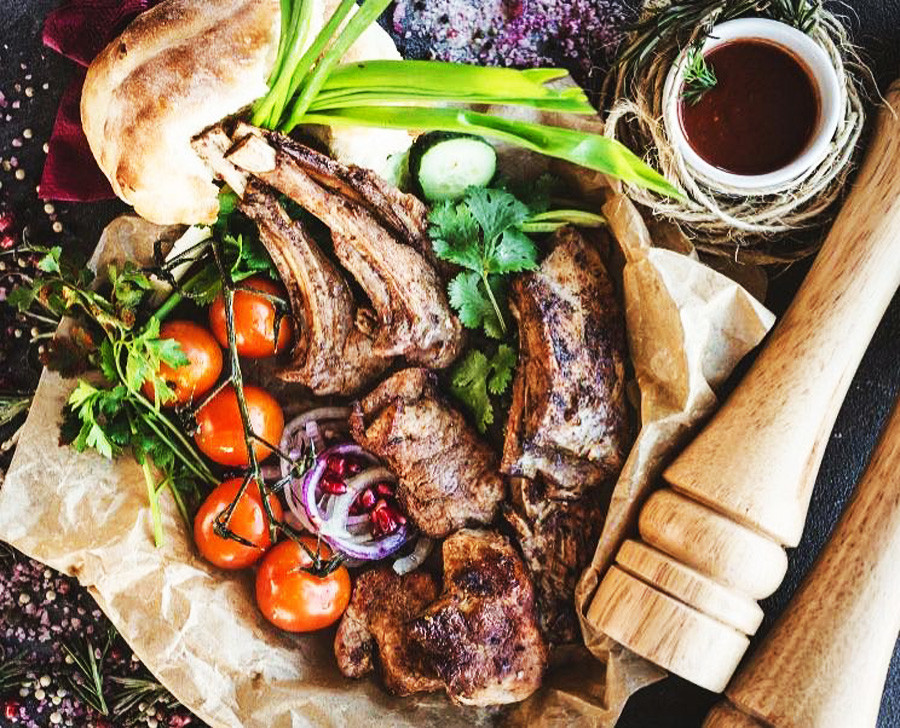 Tatar cuisine is a delight for anyone who loves meat and pastries, and it offers an enormous variety dishes to choose from! Take your pick from small but very filling echpochmaki (triangular) and peremyachi (round) pies with meat and potatoes, manti with vegetables, the festive zur belish meat pie, fried kystybay flatbreads, and of course the famous chak-chak or baursaki donut balls for dessert.

Some Tatar dishes can actually be found in Moscow restaurants offering European cuisine. For example, keep your eye out for Tatar-style azu (a fried meat stew with beef and mashed potatoes), manti and honey baklava. Meanwhile, chak-chak is available in practically every supermarket.

If you want to visit an authentic Tatar restaurant, you will have to go to the east of the city. Miradzh, located in the Sokolinaya Gora area (Semenovskaya is the closest metro station), is a good choice and is considered the only halal Tatar restaurant in Moscow. It often hosts Tatar concerts and other special events.

Let’s not forget Crimean Tatar cuisine, which developed under the mixed influence of Caucasian, Mediterranean and Soviet cuisine. Can you guess which Crimean Tatar dish is the most popular both in Moscow and throughout all of Russia? Naturally, it is the cheburek, a deep-fried turnover filled with minced meat or vegetables. There are cheburek places in just about every food court in Moscow, but many Muscovites still consider Druzhba café, which has been operating since Soviet times near Sukharevskaya metro station, the place for the best authentic cheburek place in the city. This is not surprising given that its menu consists exclusively of chebureks (70 rubles, $1.10). 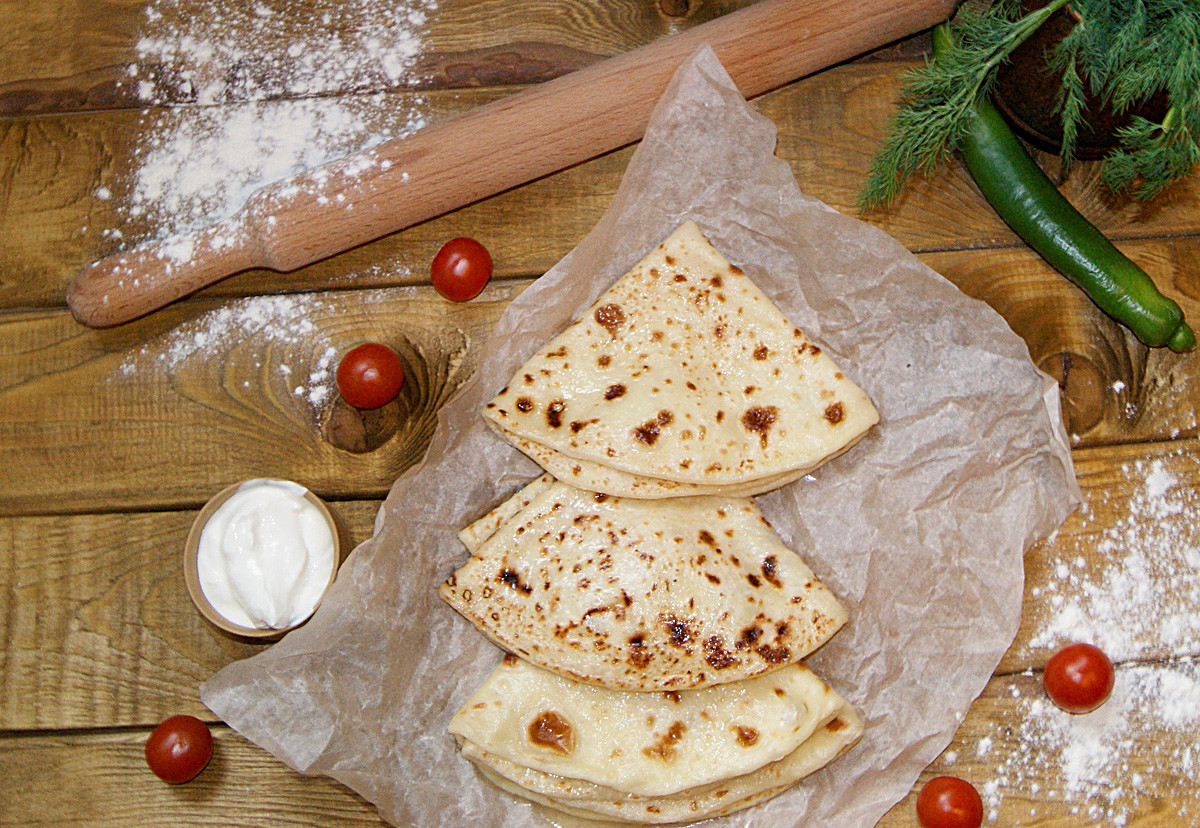 Karachay-Cherkessia cuisine boasts many typical Caucasian dishes like lamb kebabs and ayran (a sour milk drink). However, its main attraction is the incredibly tasty khychin flatbreads, for which the dough is made of just flour, water and salt. The most delicious variety of khychins includes a filling from homemade pickled cheese and herbs, although there are also khychins with meat.

If you are not watching your weight, head to Food Market 21 on Novy Arbat, which houses a wonderful stall called Khochu Khychin (“I want khychin” in Russian), where you can find any khychin under the sun for around 150-200 rubles ($3). Real foodies can try black khychin with four varieties of cheese. 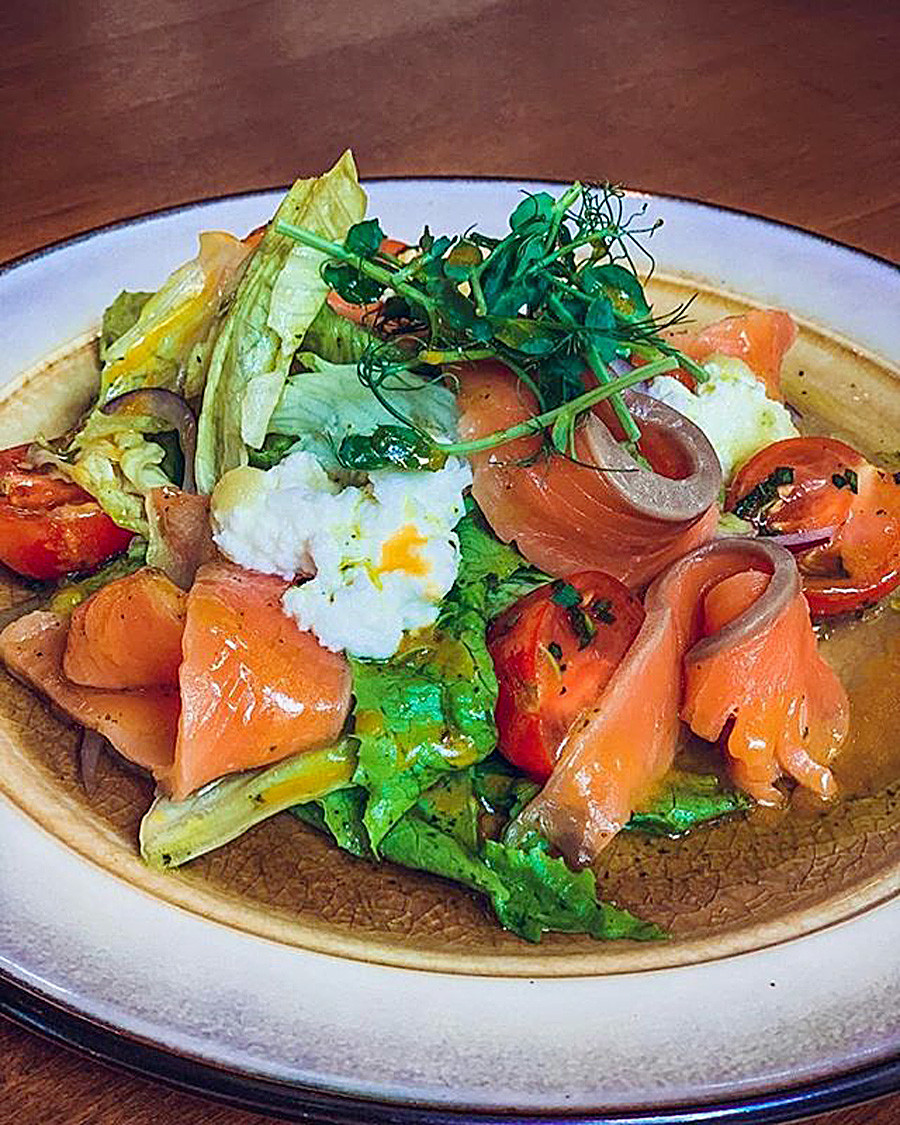 Peoples living in the Russian North enjoy minimalist dishes made from wild game, fish and seasonal berries. The cuisines of many indigenous peoples of the north include sagudai, a tartare of sorts for which meat or fish is marinated in vinegar, salt and onions. It is most often made from chilled muksun or whitefish. Another popular dish is stroganina and various dishes made from venison and bear meat.

The Sever (“North” in Russian) cafe at the StrEAT food court offers traditional northern dishes with a modern interpretation. These include a salmon burger with baked vegetables (490 rubles), a muksun fillet with ratatouille (550 rubles, $8.60) and deer tartare (450 rubles, $7).