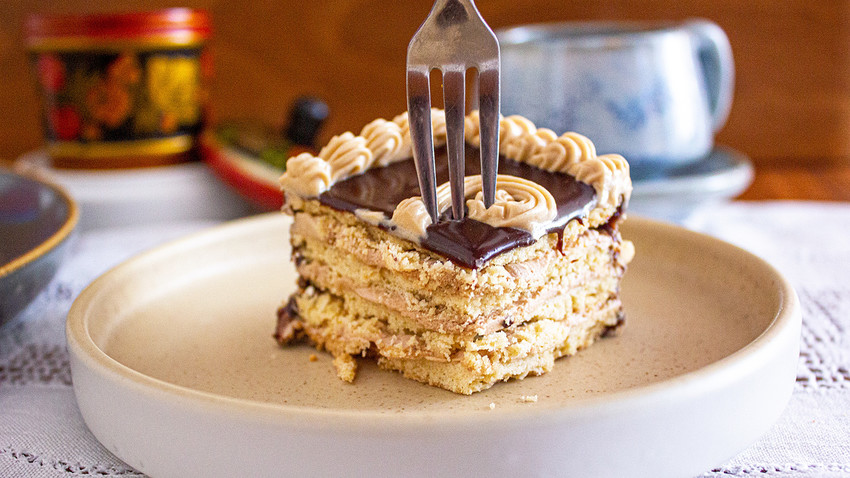 Vasilisa Malinka
As one of the most affordable cakes in the Soviet Union, nearly everyone who lived in that era has tried it. Now you can cook it at home.

Some call "Leningradsky" cake a masterpiece of Soviet confectionery. However, I do not remember this cake, and my childhood passed without noticing it. Also, neither did my mom try such cake. She grew up in a small city that had a very limited assortment of desserts, and Leningradsky cake was not among them.

So, recently my curiosity was suddenly piqued, and the only thing I could do was to try and make it myself. Let me tell you, it is absolutely worth it, and you should also try making it. The process is fairly simple and most of the ingredients are a staple of any home pantry.

First, some background. The 1950s in the USSR was a growth period for the confectionery industry. The assortment of items on sale started increasing, but mostly included sponge cakes, and even these were hard to come by. Other confectionery items were available in limited quantities, despite the growing demand and popularity of such sweets. Although resources were rather scarce, the Soviet food industry managed to organize the production of a number of sugary masterpieces, among which Leningradsky cake undoubtedly had one of the most central places. 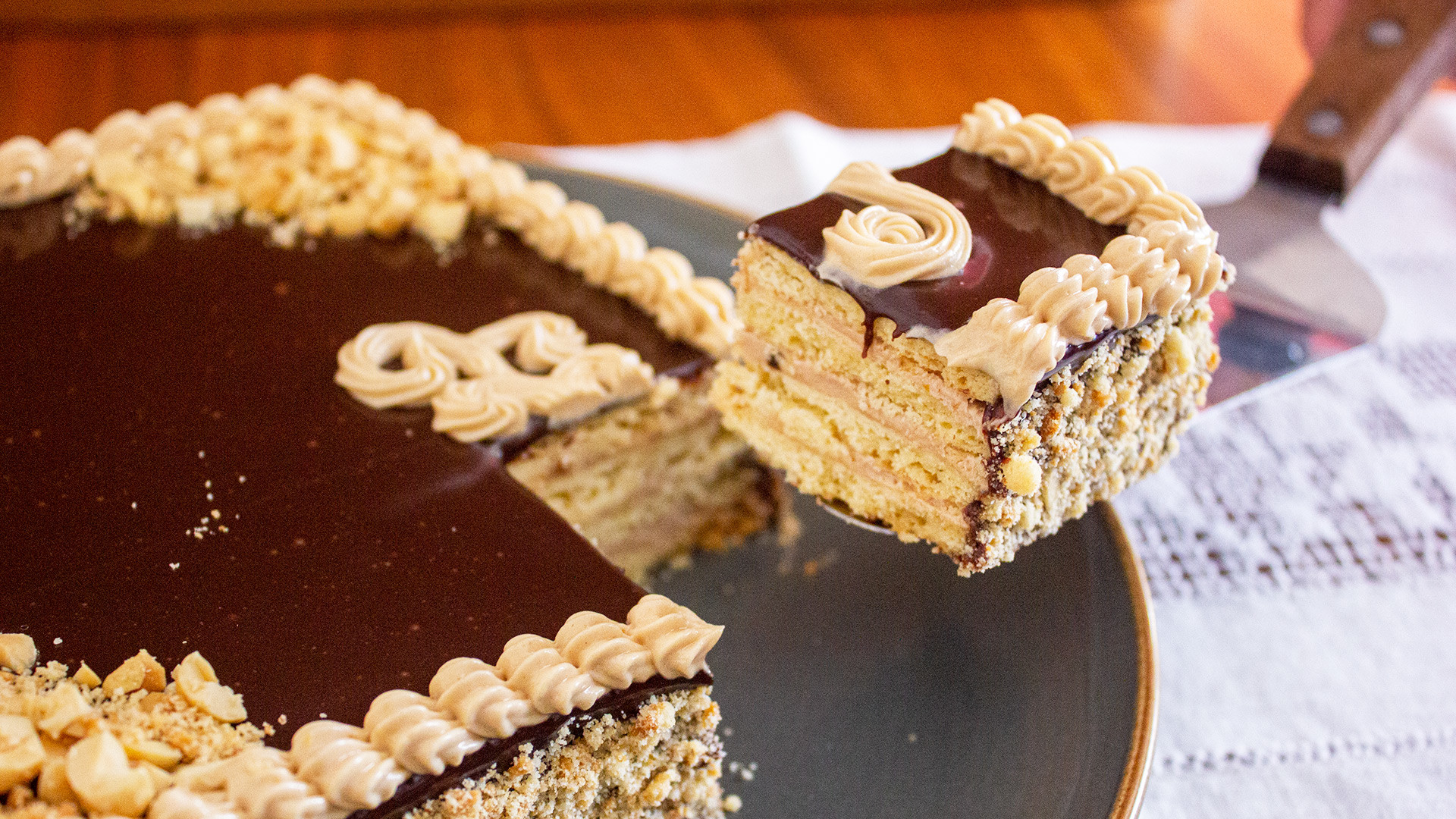 The cake’s origins go began with efforts by confectioners in Leningrad who decided to experiment, and came up with something completely new and unique – a cake based on a short-crust pastry. In fact, it was one of the first pastries based on the short-crust. The recipe for Leningradsky cake was approved in early 1960. Starting that year the cake appeared on store shelves and quickly earned recognition, not only because of its taste but also because of the price. It was inexpensive compared to other cakes. The name was given in order to compete with the branded products of the Kiev confectionery factory that was making one of the most legendary Soviet cakes, called "Kievsky".

The original recipe includes the preparation of four thin short pastry layers that are coated with light chocolate buttercream, with some cognac in it. Chocolate fudge is used as a glaze for the top, because it stays soft and doesn’t crack once cut. On top the cake is decorated with roasted peanuts, which add a delicious toasty note, and it is covered with toasted biscuit crumbs on the sides. Each piece literally melts in your mouth. The dough layers are light and crumbly, and the cream, even though it is butter-based, is very delicate and velvety. The cake’s original shape is square, and its name, “Leningradsky,” is written on top with the butter cream. In 1991, however, when the city of Leningrad was renamed back to Saint Petersburg, the cake lost its inscription. Since then it just has some tracery on top.

Nowadays, the taste of Leningradsky cake definitely reminds me of others from my childhood, and it brings back those warm memories. I highly recommend making it.

Ingredients for the short crust: 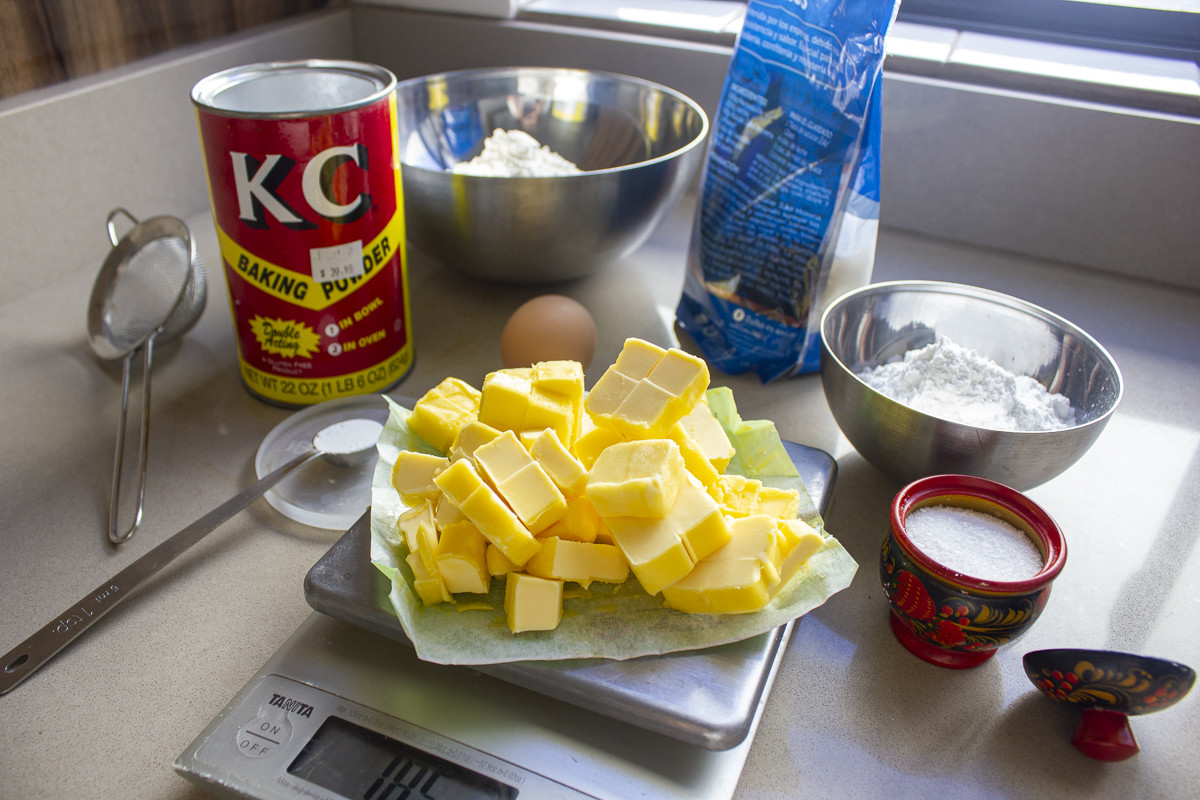 Ingredients for the butter cream: 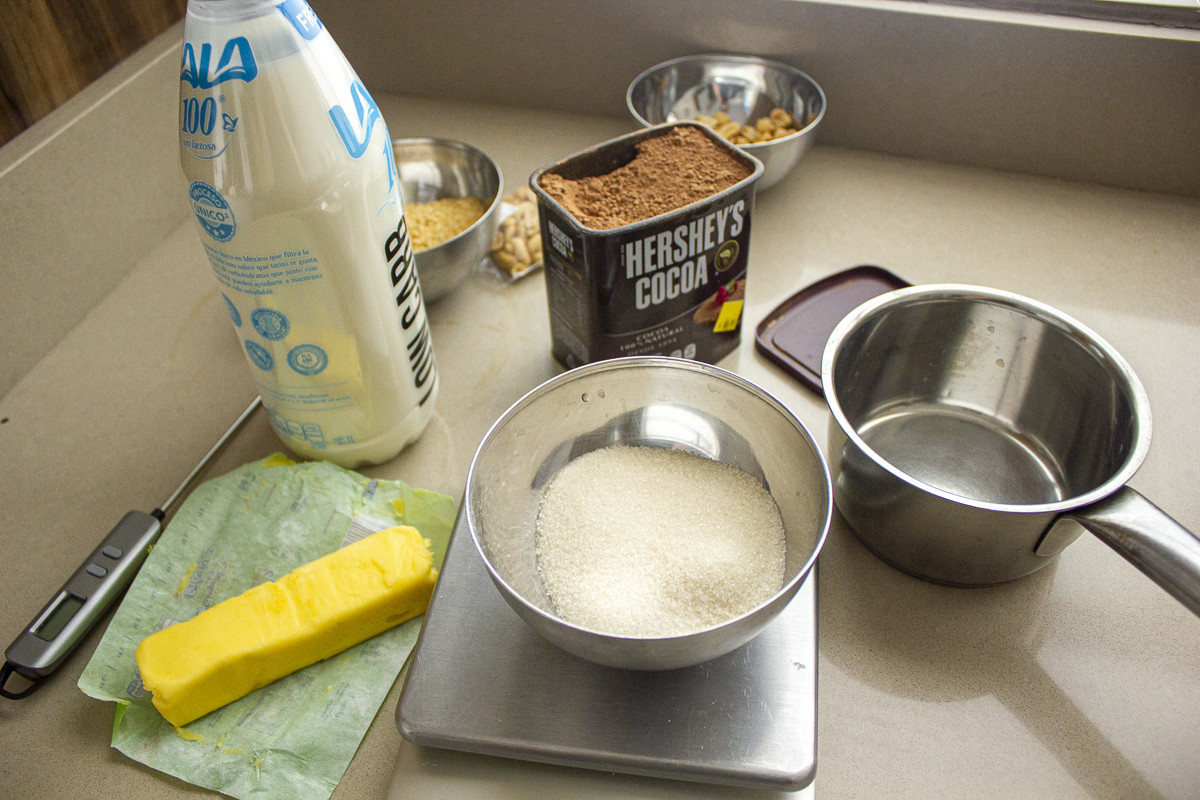 Ingredients for the fudge glaze:

1. In a stand mixer bowl cream your butter until fluffy. Add all the dry ingredients and paddle the dough until it becomes shaggy. Then add the egg and paddle the dough again until it just comes together. Place the dough onto a working surface and shape it into a ball. Divide the dough into 4 equal parts and wrap each part in plastic film. Put all the parts into the fridge for at least 1 hour. 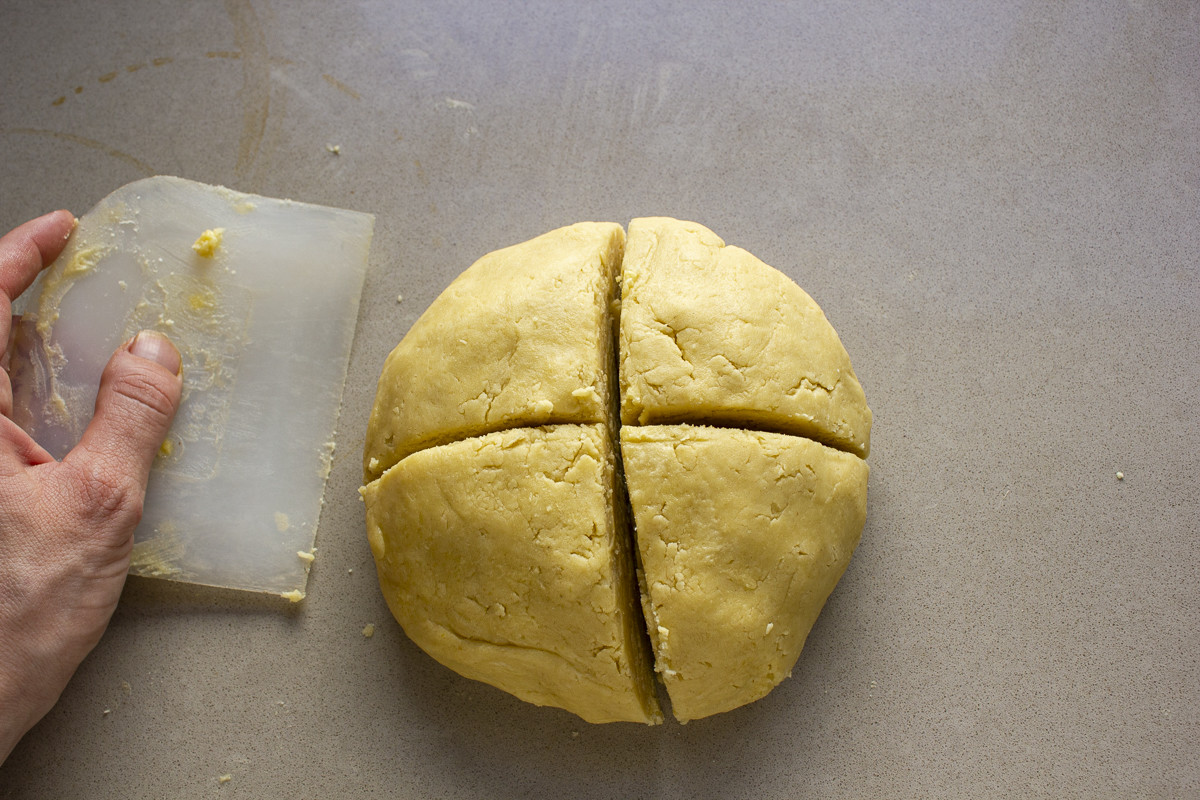 2. Meanwhile, make your butter cream. Bring the butter to room temperature and cream it in the stand mixer’s bowl until it lightens in color. In a separate bowl whisk your egg yolk with sugar. In a small pot combine the milk with the cocoa powder and start warming it on a burner. Add the egg yolk mixture and whisk until it boils. 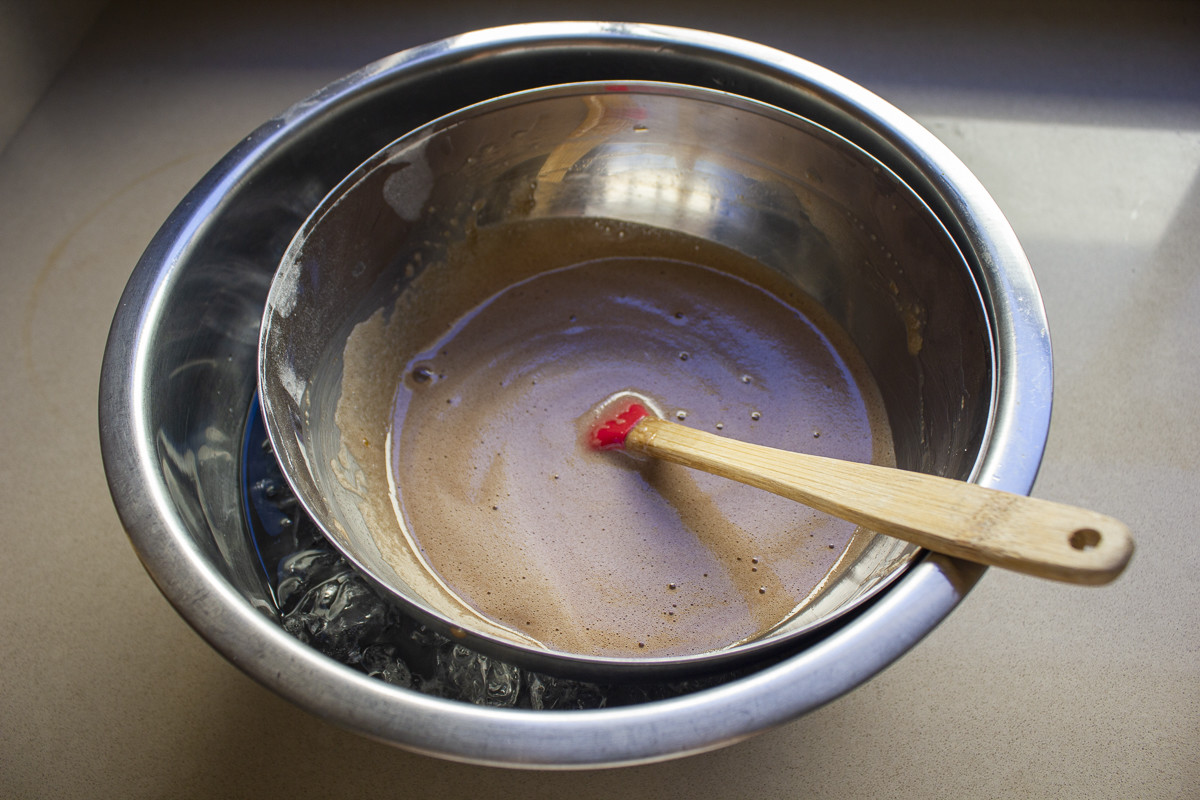 3. Lower the heat and simmer the cream for 2-3 minutes, constantly whisking. Once it thickens, place the pot on an ice bath and let it cool to room temperature. Then add the mixture to the creamed butter together with the cognac. Whisk until the cream comes together and becomes light. 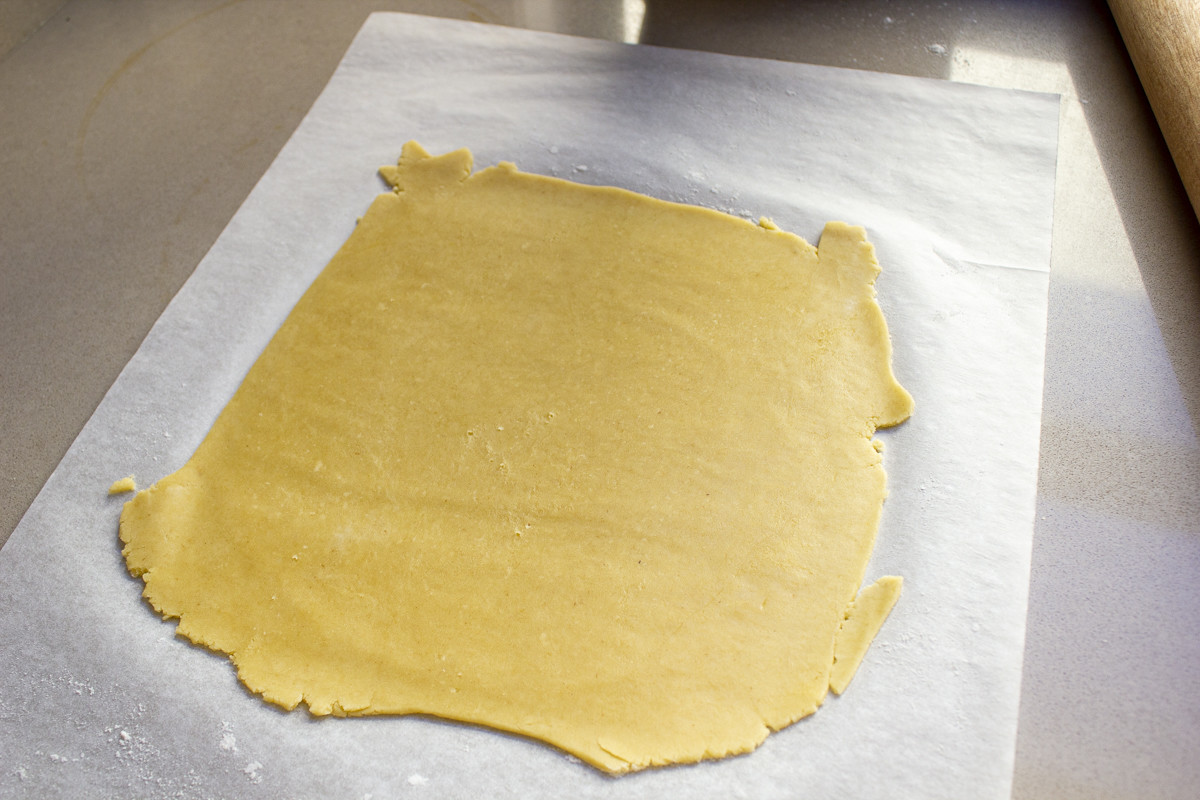 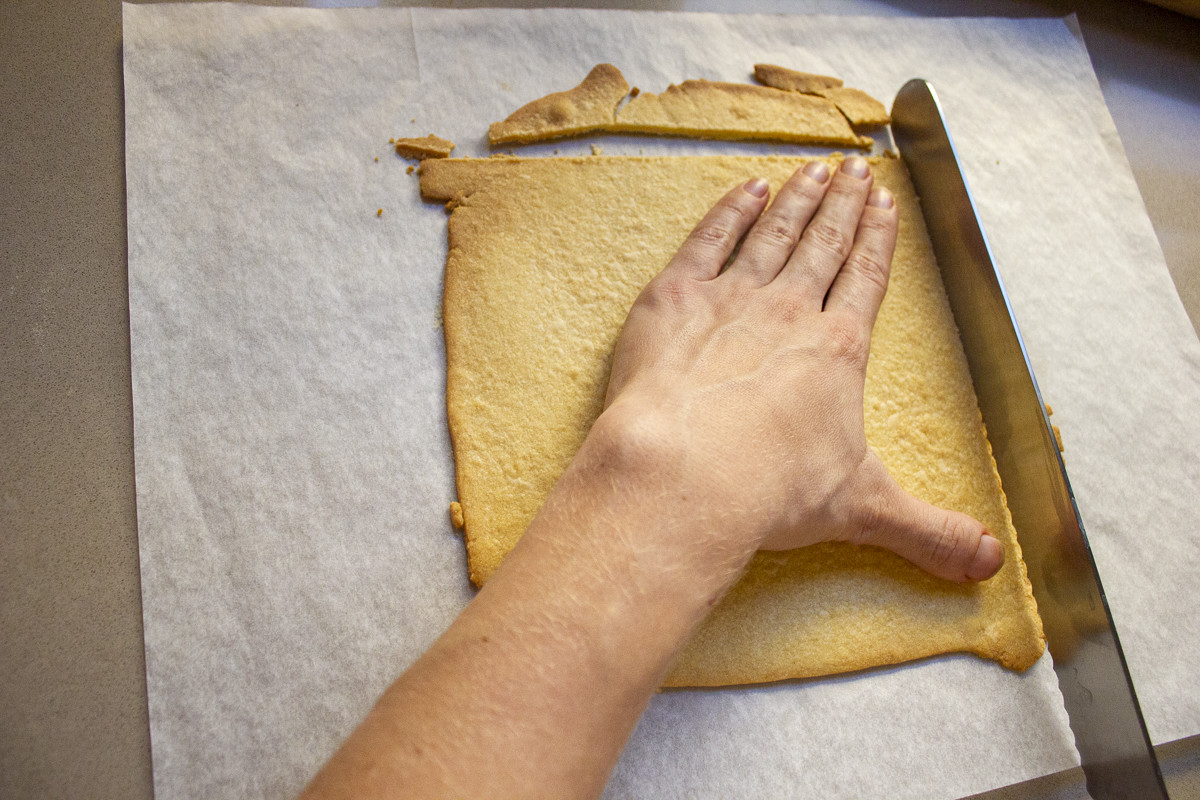 6. Put the trimmed pieces in a Ziplock bag and crush with the help of a rolling pin. Save for later. 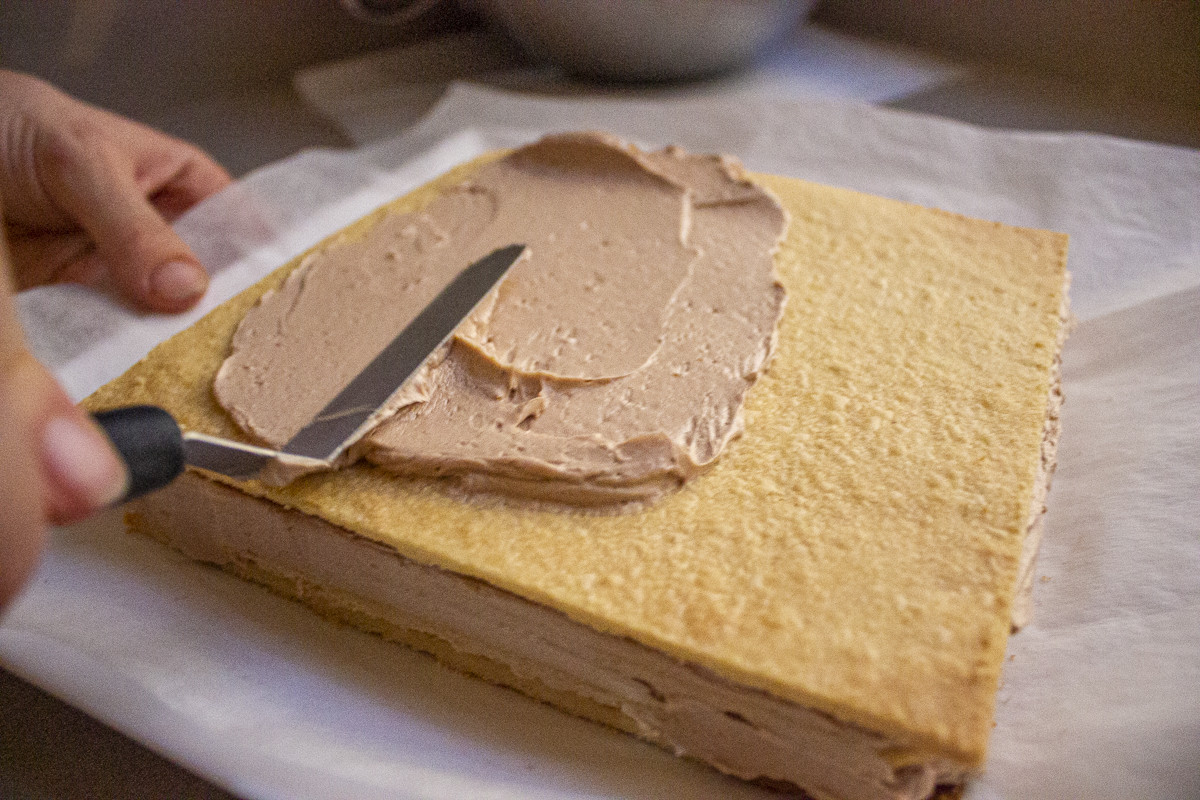 8. For the glaze, mix together in a pot your milk, sugar and cacao. Bring it to a boil. Remove from heat and add butter. Whisk until homogenous and let cool to about 40°C. 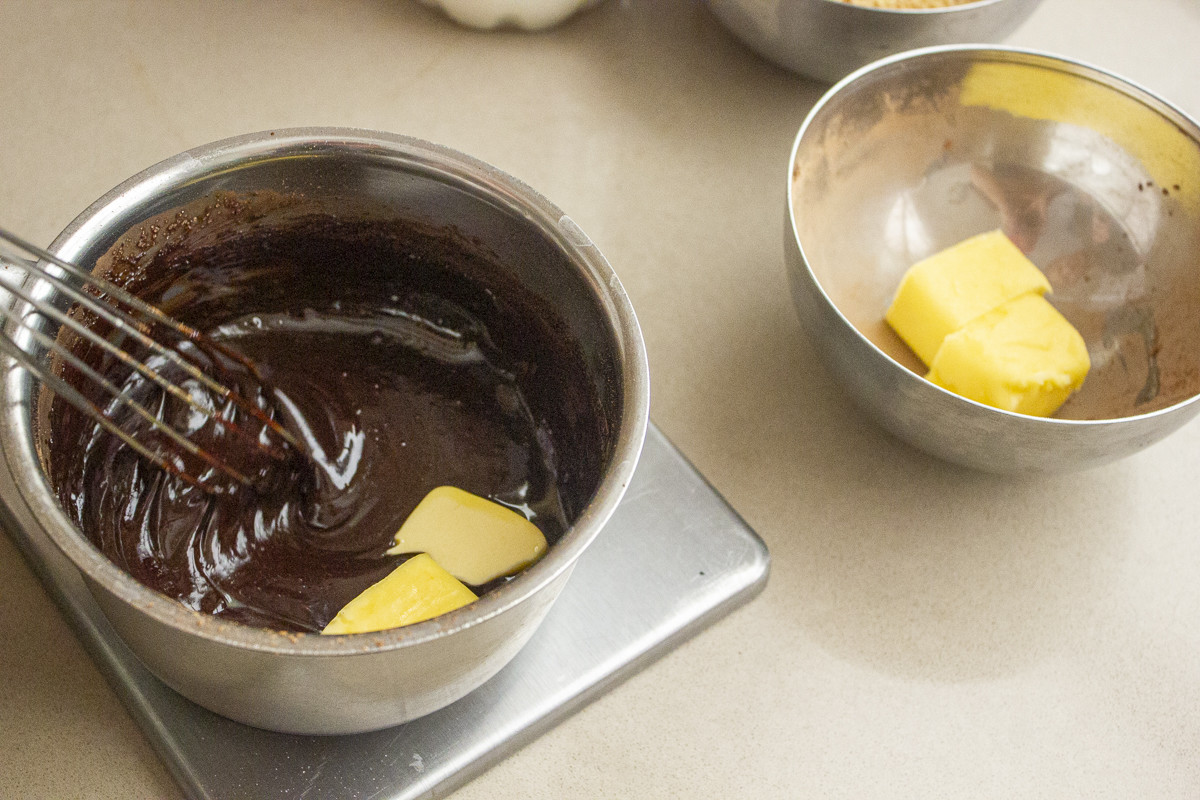 9. Once the simple fudge cools, you can glaze your cake. Let it sit in the fridge for at least 20 minutes after glazing. 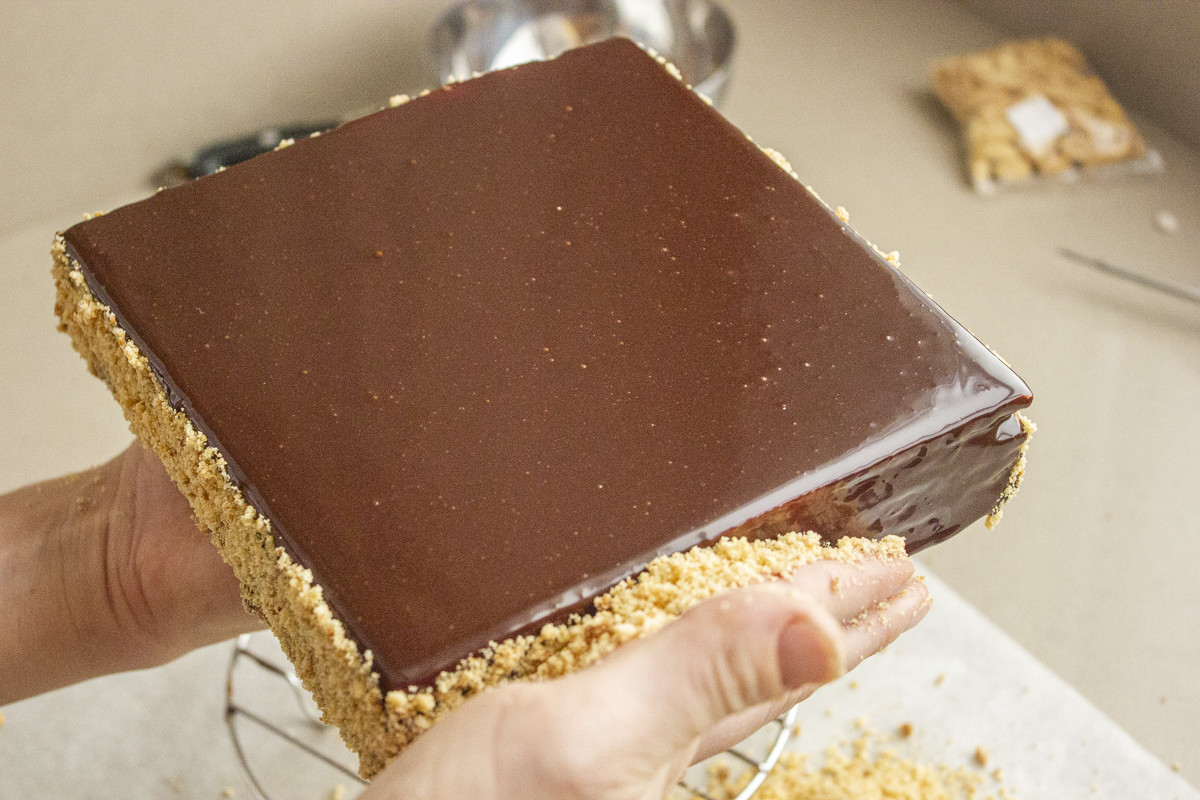 10. Decorate the sides with crumbs from the trimmed pieces, and pipe the buttercream on top. Don’t forget to sprinkle chopped peanuts! 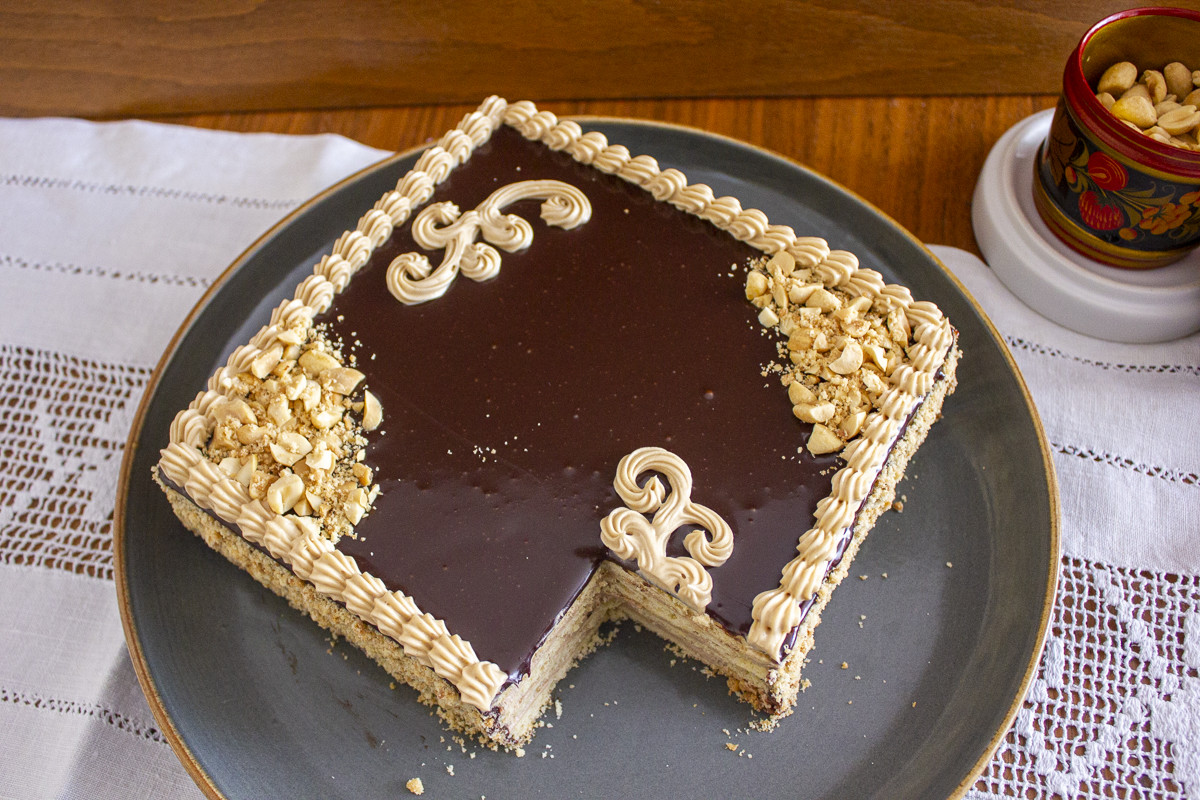 Read more: How to cook Soviet praline with crushed hazelnuts at home