5 most expensive dishes available in Moscow 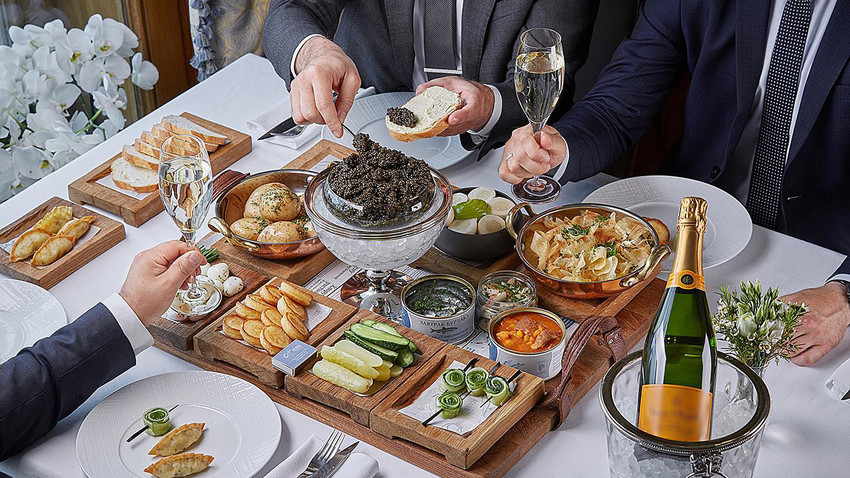 Beluga
Did you know there are no Michelin-starred restaurants in Moscow? However, that certainly doesn’t mean the Russian capital is devoid of luxurious food. Far from it. Here are the most expensive delicacies the city has to offer — all made in Russia. 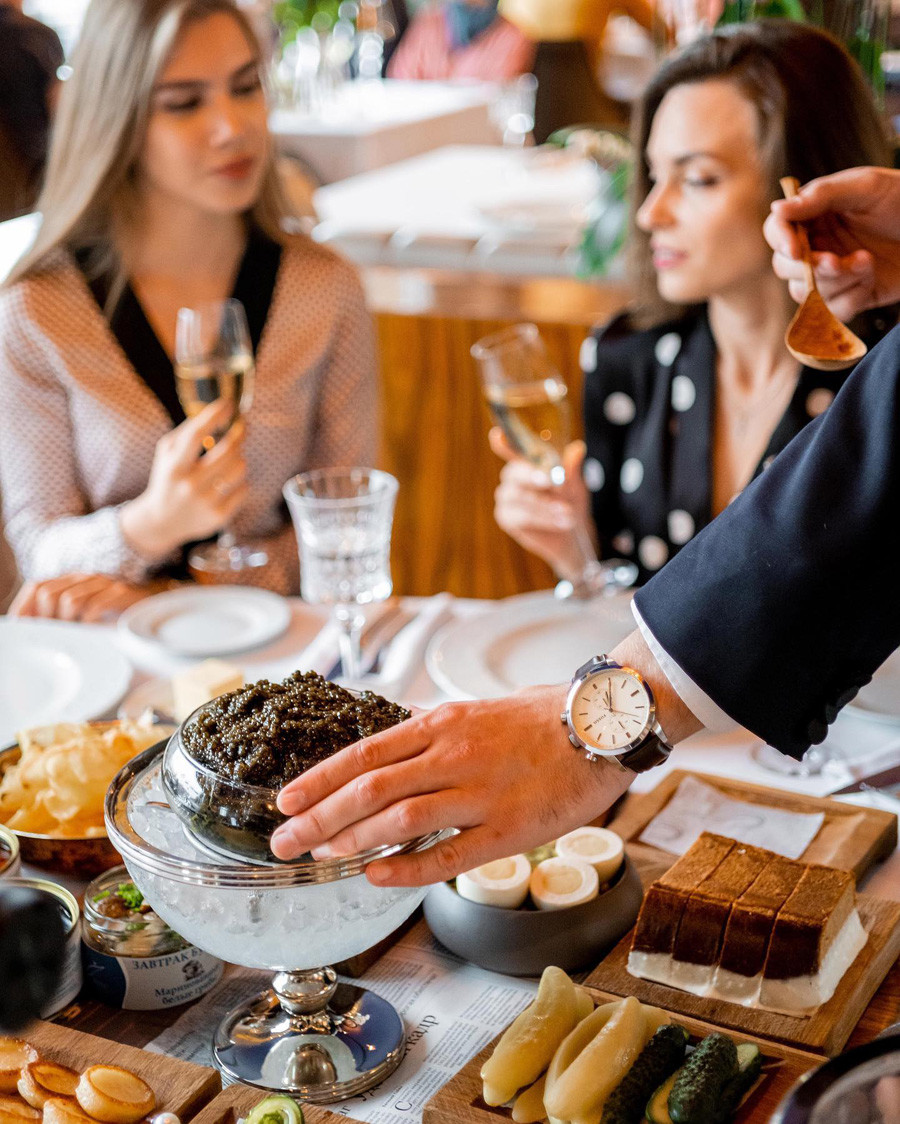 It’s nice to have breakfast with a picturesque window view, especially if it’s the window of Beluga restaurant overlooking Red Square and the Kremlin. The restaurant is located on the second floor of the five-star Hotel National. The most expensive offering here is “Burlak breakfast” for 4-6 people. It consists of a kilogram of black caviar with a dozen traditional Russian appetizers: pancakes, open-topped pastries with vesiga, lightly salted cucumbers, boiled quail eggs, sprats in homemade marinade, young potatoes with melted butter and dill, marinated porcini mushrooms, and potato noodles with creamy stracciatella. The breakfast is complemented with Beluga Noble vodka or Veuve Clicquot Cuvée Saint-Pétersbourg champagne. Breakfast with a Kremlin view costs 40,000 rubles ($625). 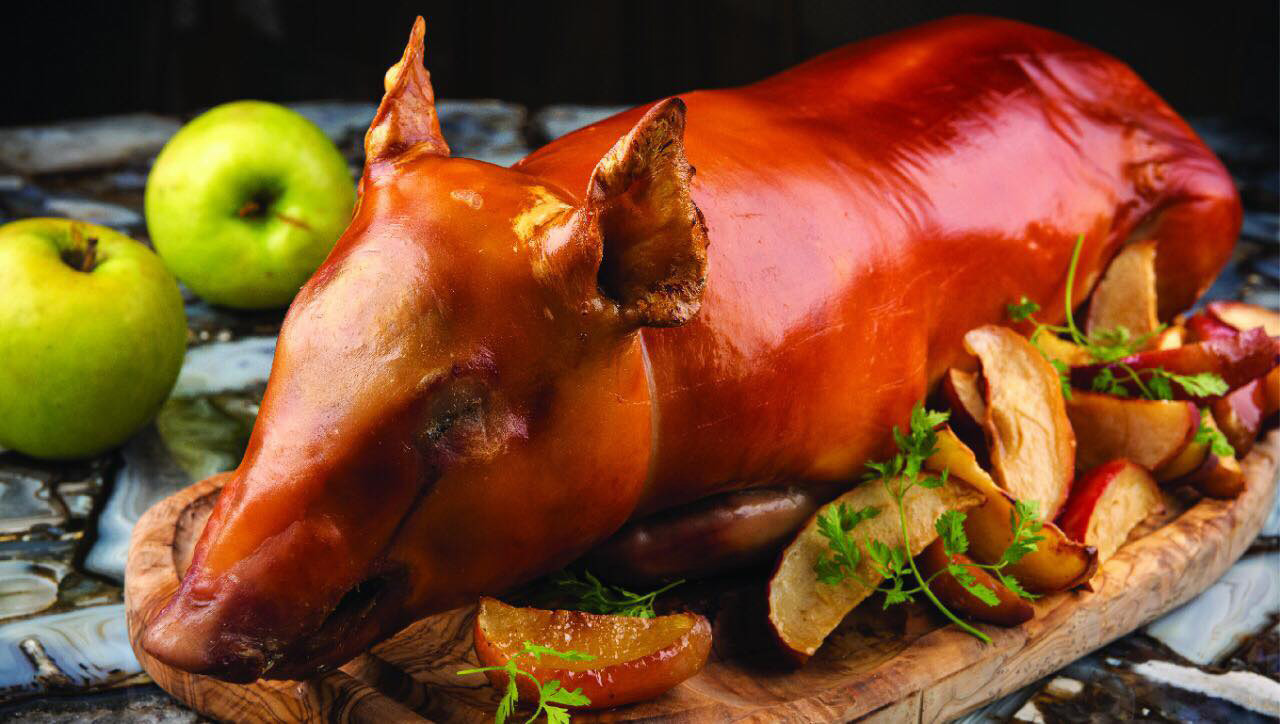 Ruski restaurant serves five-kilogram suckling pigs marinated in coarse salt and freshly ground pepper. The restaurant is located on the 85th floor of the skyscraper OKO in Moscow City and offers breathtaking views. Meanwhile, the pig is baked in the oven until golden brown, preserving the delicate texture of the meat, which is then decorated with herbs and cream made from baked apples and fresh horseradish. The dish costs 15,730 rubles ($245). 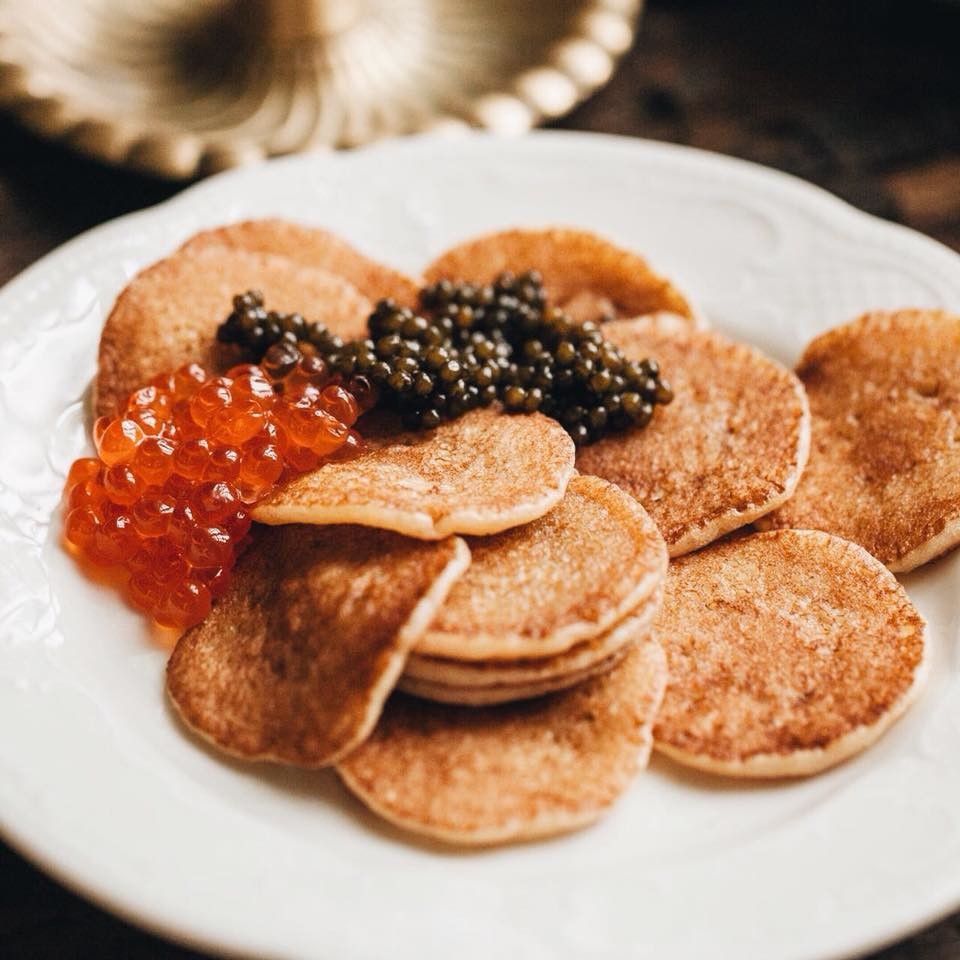 Cafe Pushkin, located in central Moscow, has been one of the city’s culinary attractions for more than 20 years. For 14,200 rubles ($220) you can try several types of caviar with Russian pancakes. The dish includes two stacks of wheat pancakes, four jars of caviar (salmon, sturgeon, beluga, whitefish), and smetana (sour cream). Consuming these pancakes in the restaurant’s Library, Fireplace, Entresol, or Pharmacy hall, you will definitely feel like a Russian aristocrat from the Pushkin era. The rooms are decorated in period style and furnished with antiques: typewriters, clocks, microscopes, spyglasses, and books of late 18th–early 20th century vintage. 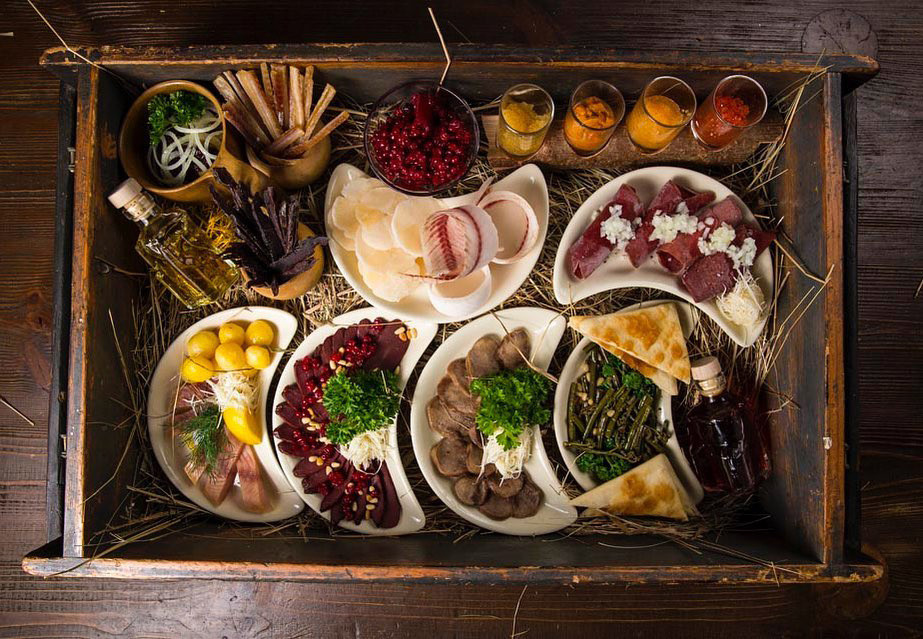 Moscow’s Expedition restaurant plunges you into the harsh world of polar exploration: with a helicopter in the middle of the hall, an “ice” floor with a river flowing underneath, and a warming campfire. The most appropriate dish here seems to be a box with food provisions. “Nansen’s stash” is a meal for four. It includes three types of stroganina made from scallop, muksun, and reindeer, as well as four types of caviar: Arctic cisco, red salmon, muksun, and pike. These riches are complemented with marinated porcini mushrooms, fish and meat delicacies of the Far North, soaked cowberries, fern salad, and special liquors. The gourmet polar explorer’s box costs 13,900 rubles ($217). 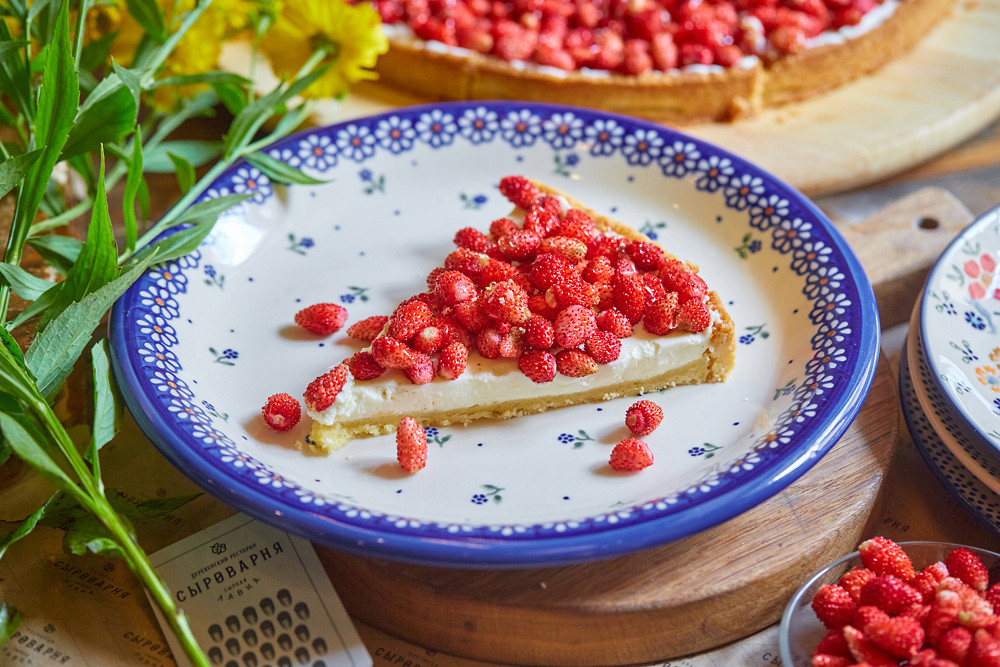 All-year-round pies with berries surprise no one, but not many such berries were in the garden just yesterday. But it is only with freshly picked strawberries that the Syrovarnya (Cheese dairy) restaurant chain makes its pies. One of the most interesting outlets is at the Red October complex near the Cathedral of Christ the Savior. The pie itself is made with shortcrust pastry with added almond flour. A layer of cottage cheese and fresh aromatic strawberries is laid on top. You can enjoy the dish all year round. One slice weighing 300 grams will set you back 1,900 rubles ($30).

Read more: The most expensive places in Moscow (PHOTO)