Live your own fairy tale with this Russian folklore cake (RECIPE) 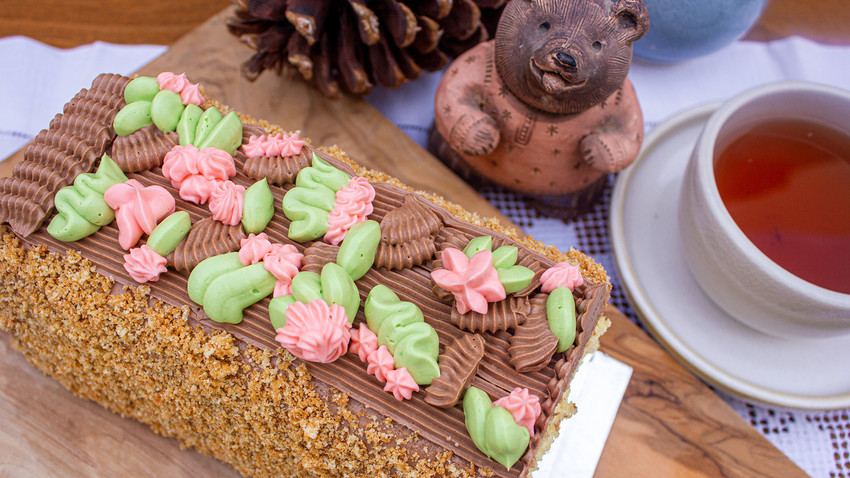 Vasilisa Malinka
‘Skazka’ is a sweet symbol of prosperity that was born in an era when millions of Soviet people were trying to build an ideal socialist society.

Before World War II, cakes were not perceived as a dessert in the Soviet Union. In the first cookbooks you could only find cake recipes that were made from cookies or from cottage cheese. The word “dessert” mostly meant jellies, baked fruits, pies or crepes. That all changed in the 1950s when the confectionary industry boomed, producing all sorts of cakes: sponge cakes, short pastry cakes, and wafer cakes. These cakes quickly became an indispensable attribute of tea time, and one of the most popular cakes from this period is called Skazka (‘Fairy Tale’ in English). 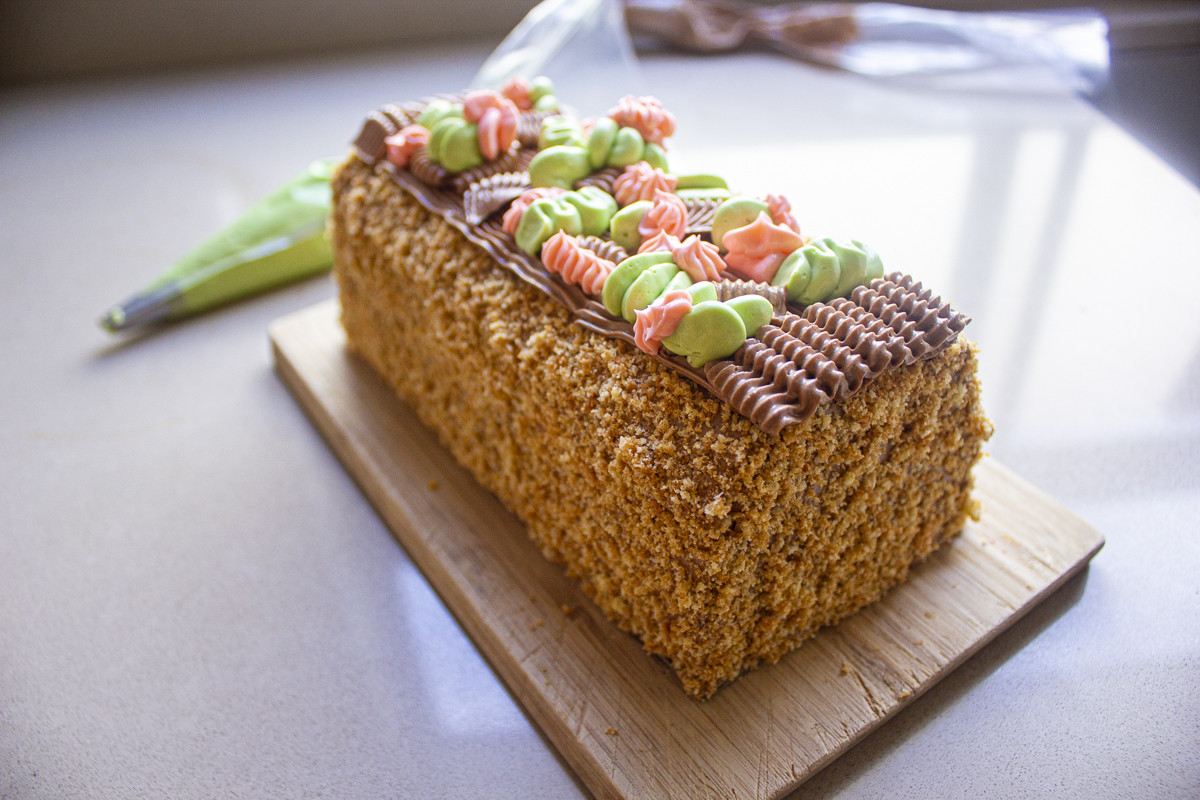 The name came from the cake’s elaborate design that is reminiscent of a fairy tale. Throughout the years  Skazka has been shaped as a log or a roll decorated with cream in various shapes such as roses, mushrooms, petals and flowers. The cake’s decoration is supposed to represent a colorful meadow, as if taken from a fairy tale.

Apart from its appearance, everyone loved this cake for its super delicate texture, aromatic taste, and of course light and delicate buttercream. The best news of all - it will take you only one and a half hours to make. 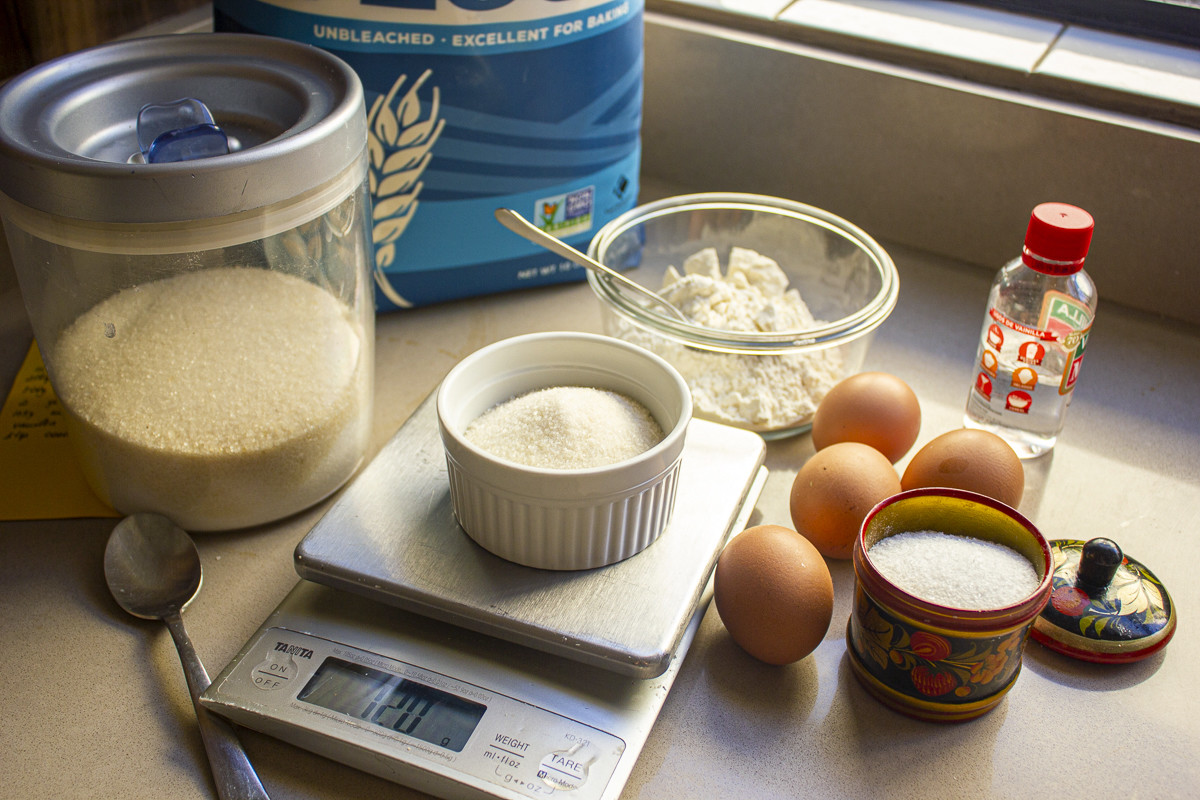 Ingredients for the syrup:

Ingredients for the buttercream:

1. Heat your oven to 180°C, and prepare your mold by spraying it with oil.

2. Separate your eggs into yolks and whites. In a bowl with yolks add about 2/3 of your sugar (80g) and a drop of vanilla extract, and whisk the mixture until it is thick and light in color. 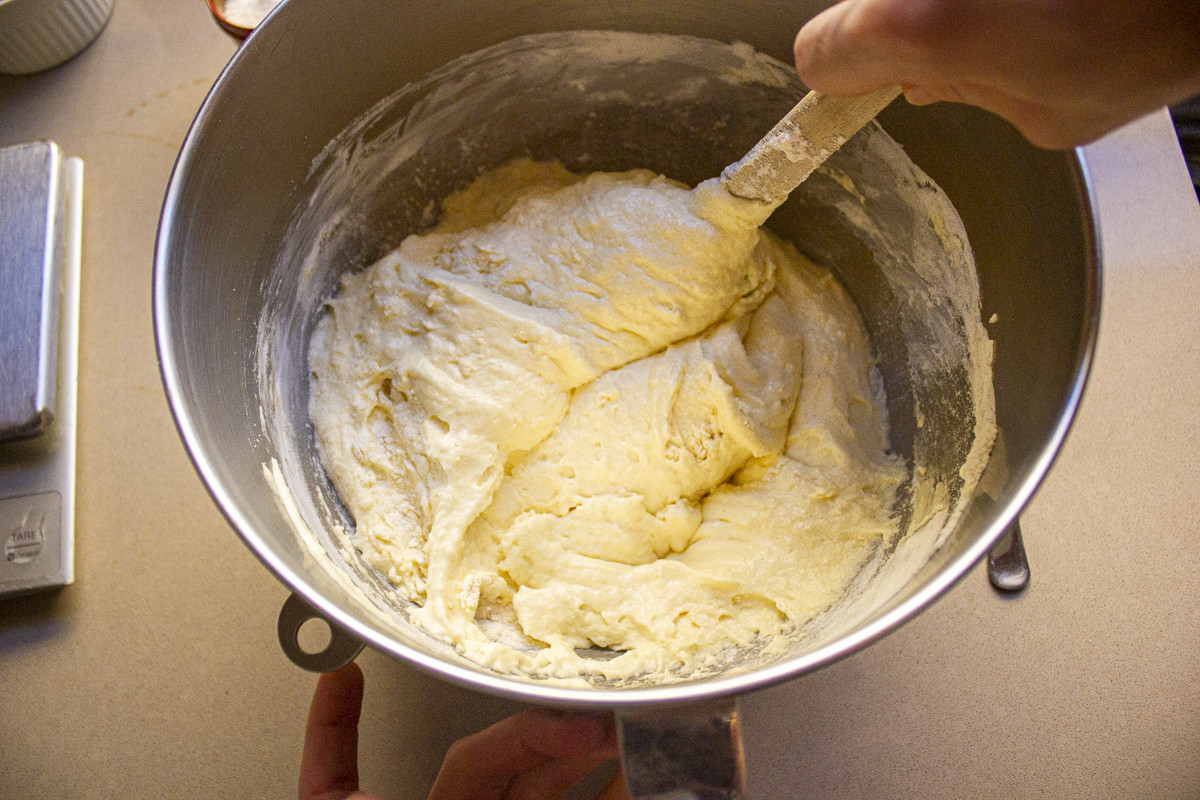 3. In a stand mixer bowl, whisk your egg whites with the rest of the sugar (40g) until the mixture is fluffy and pretty stiff.

4. Carefully incorporate your egg yolk mixture into the egg whites until homogenous. Now sift in your flour with salt, and incorporate again. Transfer the prepared batter into a greased mold and place it in the oven. 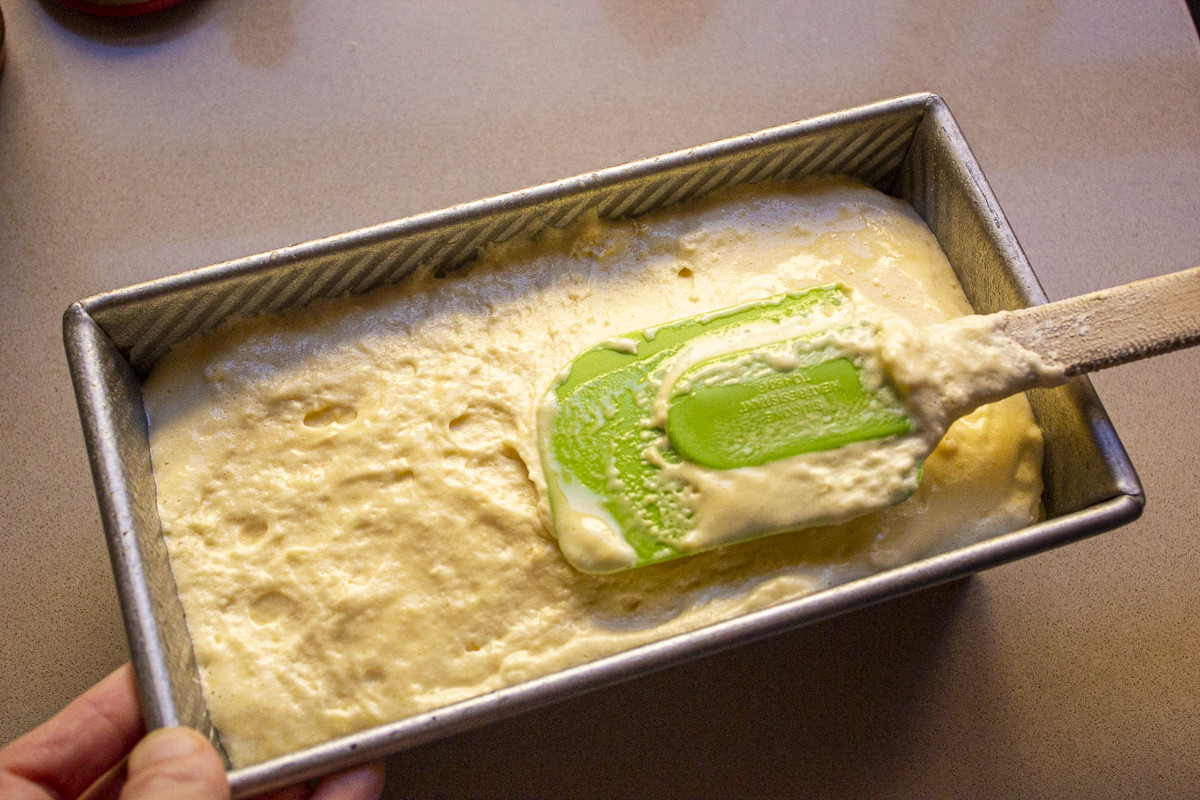 5. Bake for 40 minutes or until toothpick test comes out clean. Let cool completely before removing from the mold. 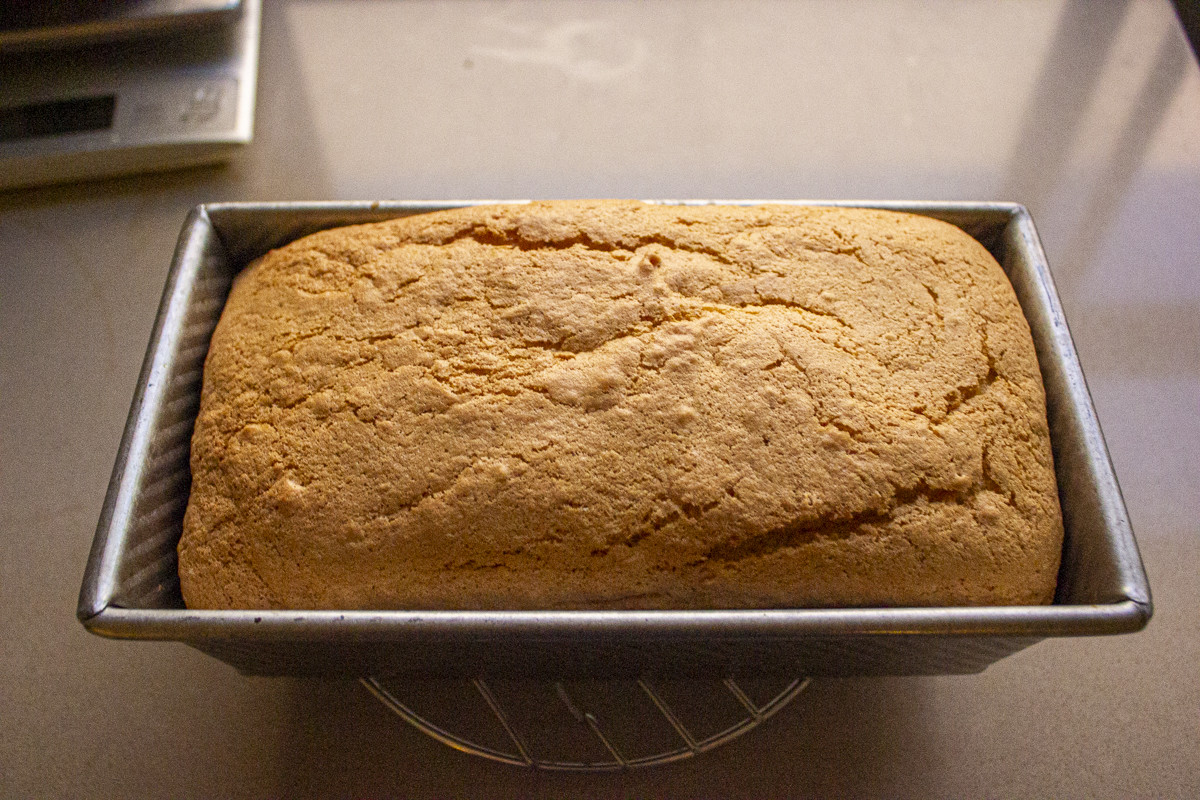 6. Prepare the syrup. In a small pot add your water and sugar. Bring the liquid to a boil and take it off the heat. 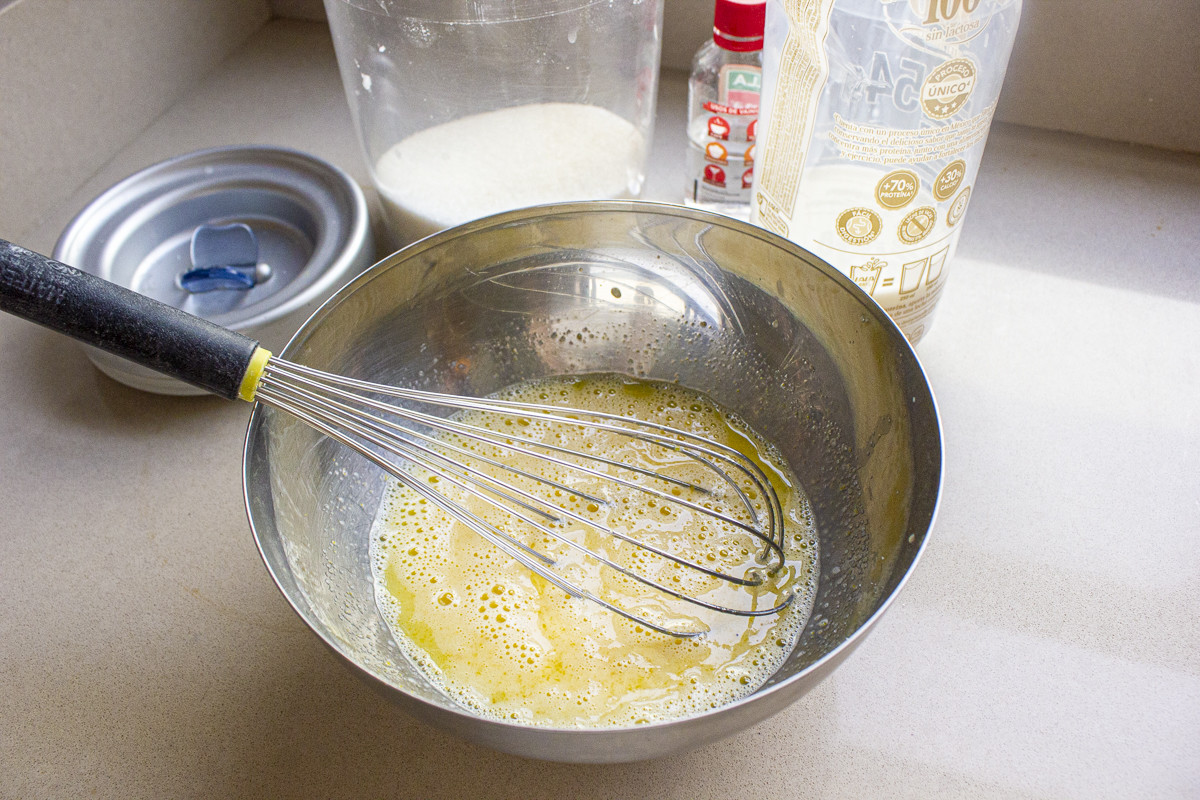 7. Let it cool to room temperature and make sure all the sugar is dissolved before adding the cognac. 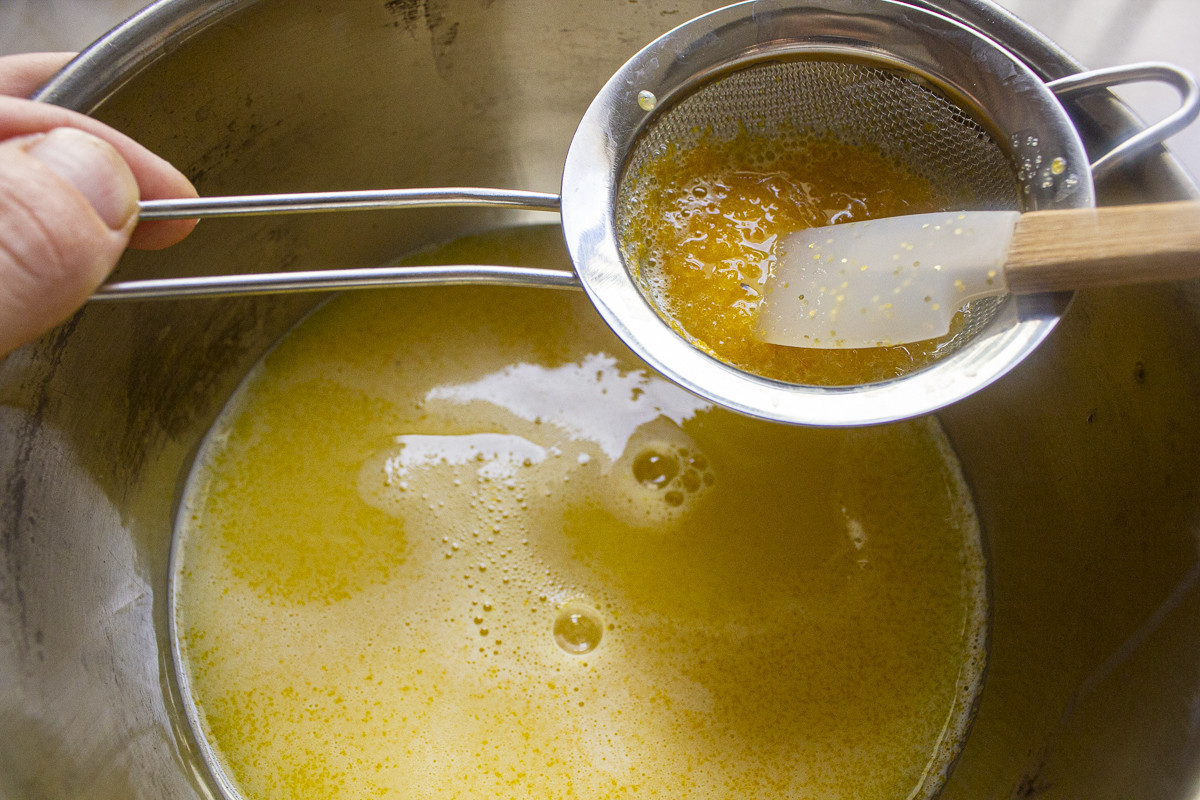 8. Prepare the buttercream. In a stand mixer bowl, cream and then whisk your butter until it lightens in color. In a separate bowl mix together your milk, 2 egg yolks and sugar, and then strain the mixture into a pot. Place the pot on medium heat and gradually bring it to a boil, constantly whisking. Simmer for 2 minutes and then take off the heat. Let it cool to room temperature.

9. Slowly add the cooked mixture to the butter while whisking it. Your buttercream should be light and luscious. 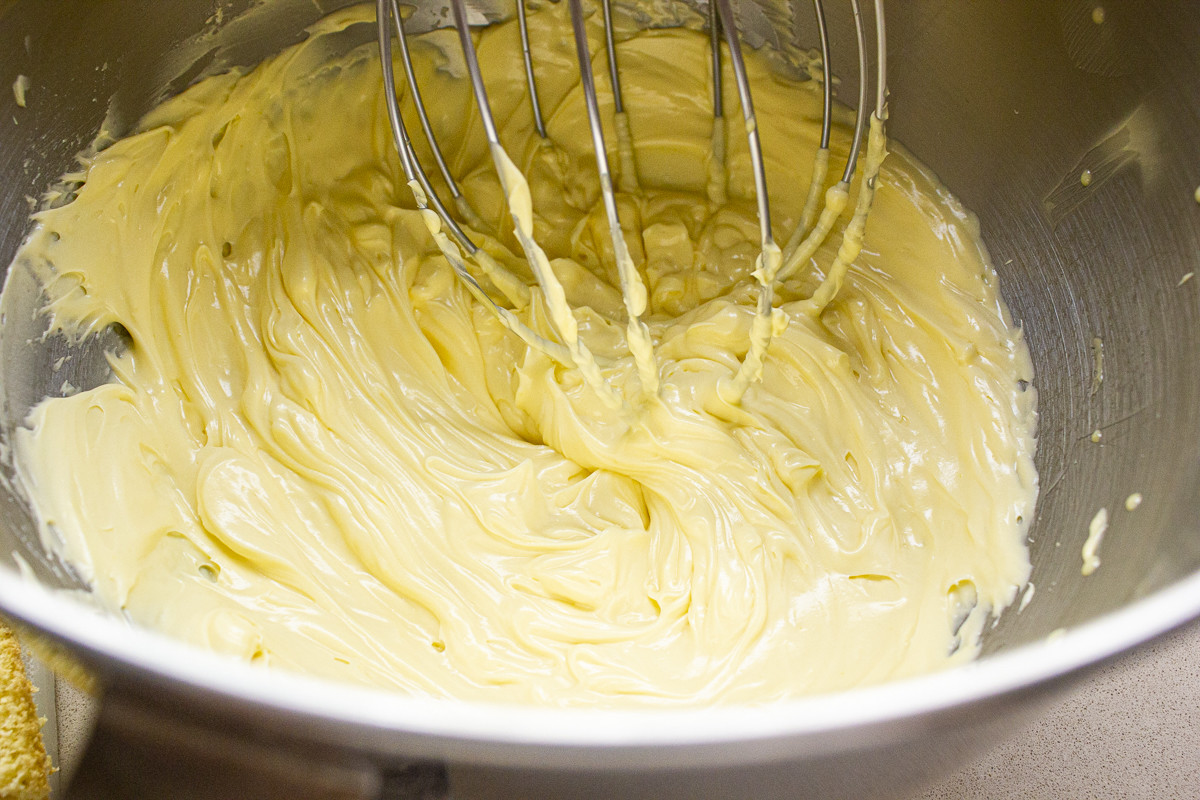 10. Separate the buttercream into two equal parts and mix one part with the cocoa powder until it is smooth. 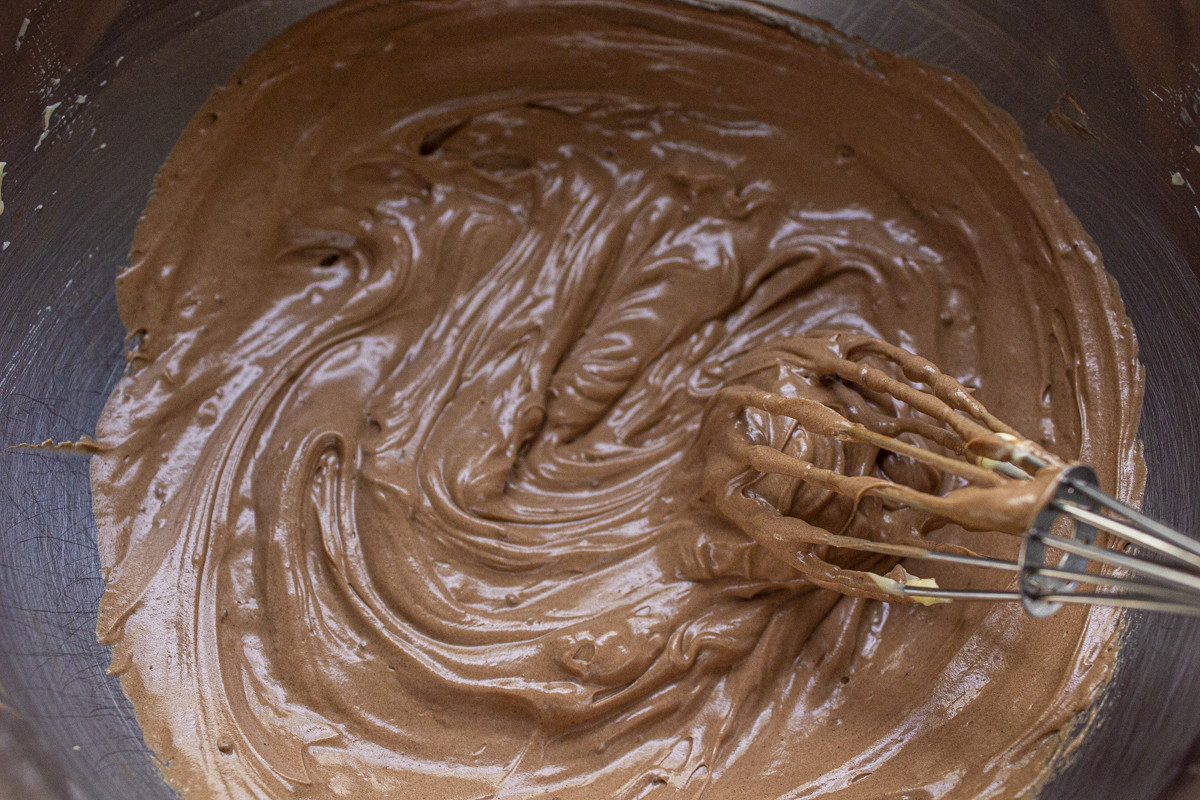 11. Take your sponge and cut off the crusty sides that have a darker color. Blend those leftovers in a food processor until they’re very small crumbs. 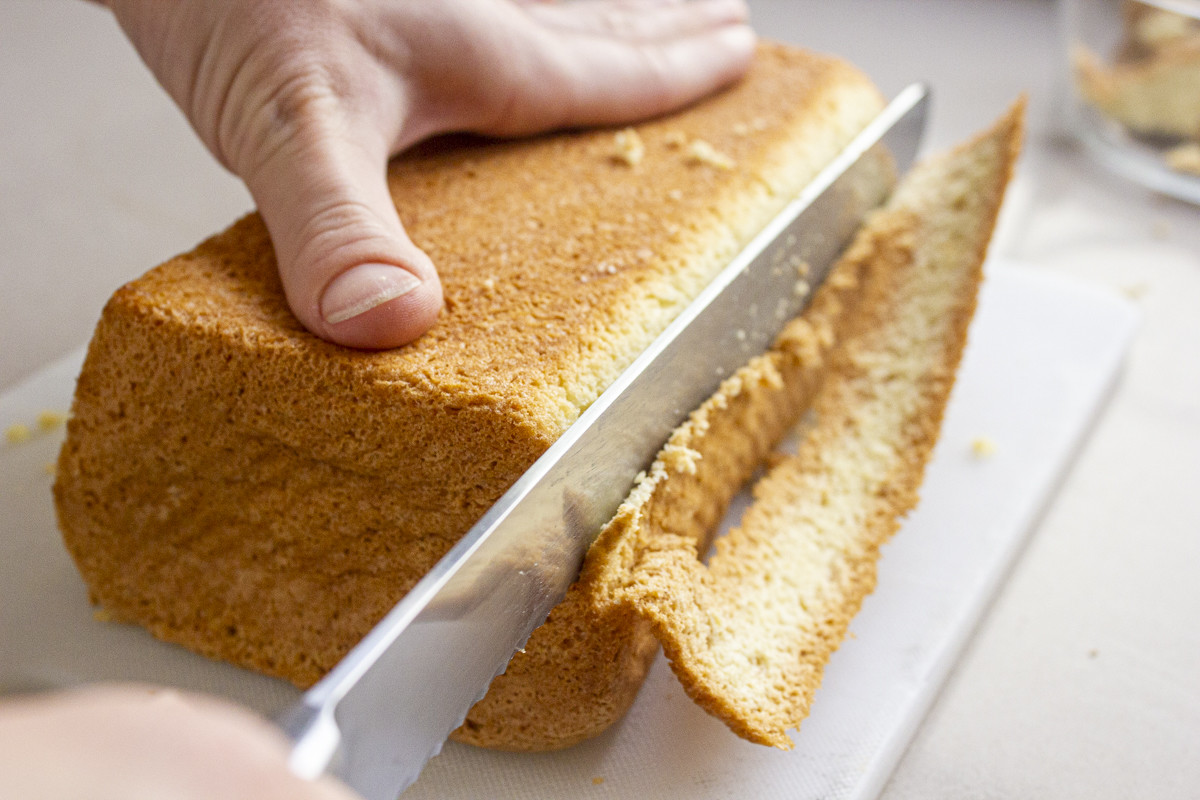 12. Cut the sponge into 3 horizontal layers. The top part of your sponge will become the bottom, because it is bigger in size. 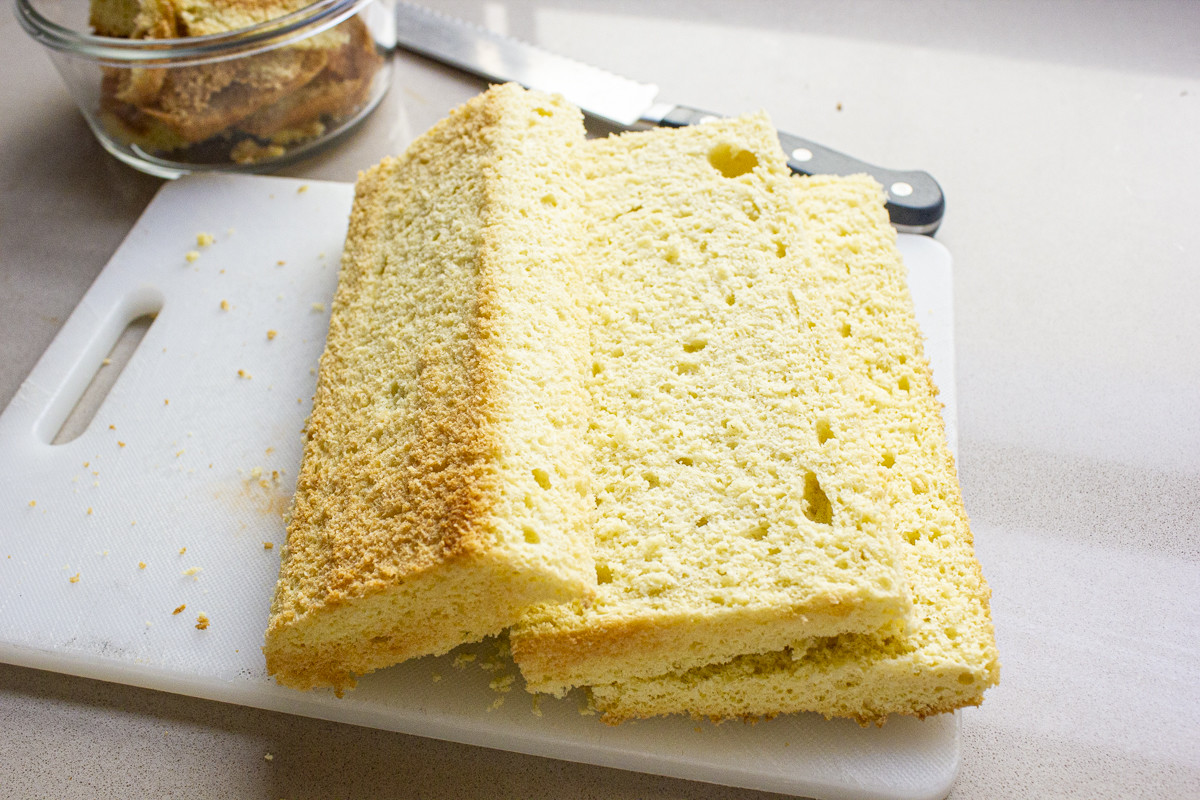 13. Start assembling the cake. Take your bottom layer and soak it with your syrup. 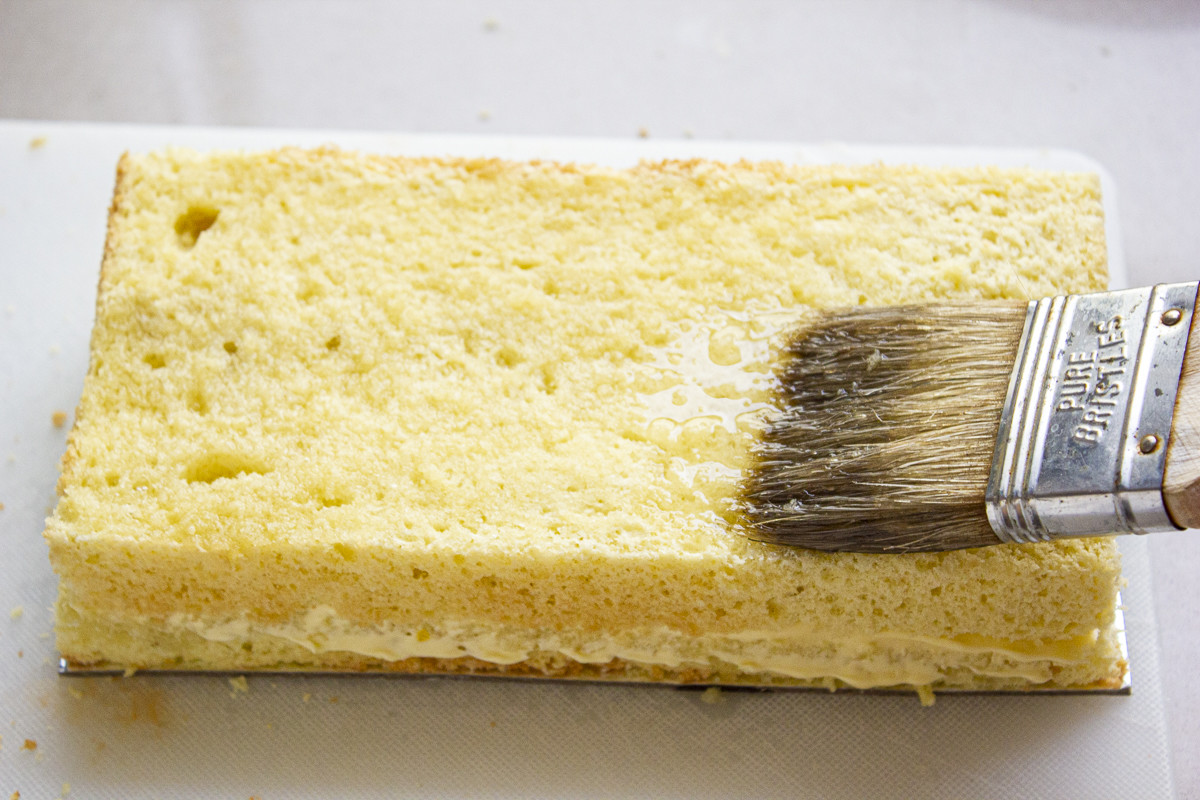 14. Now spread some buttercream (not the chocolate one) on top. 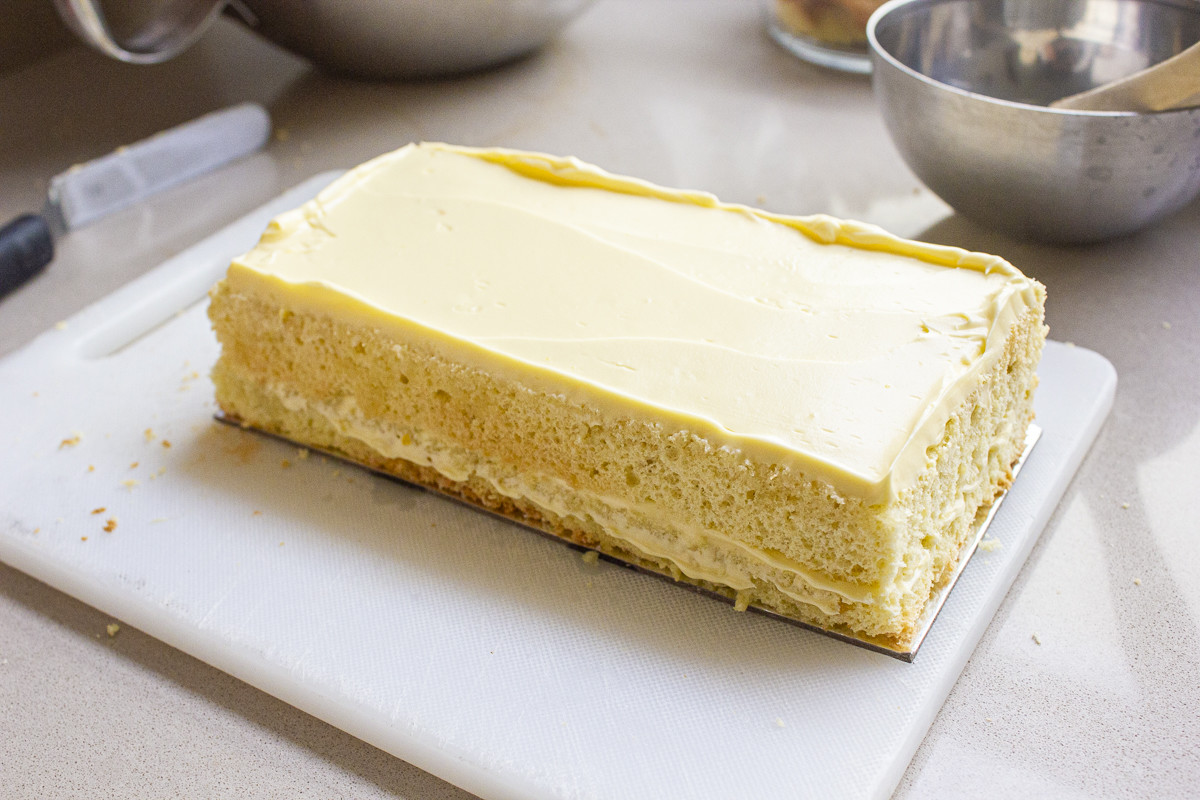 15. Repeat the step with another layer and then place the last 3rd layer on top and soak it in syrup again. 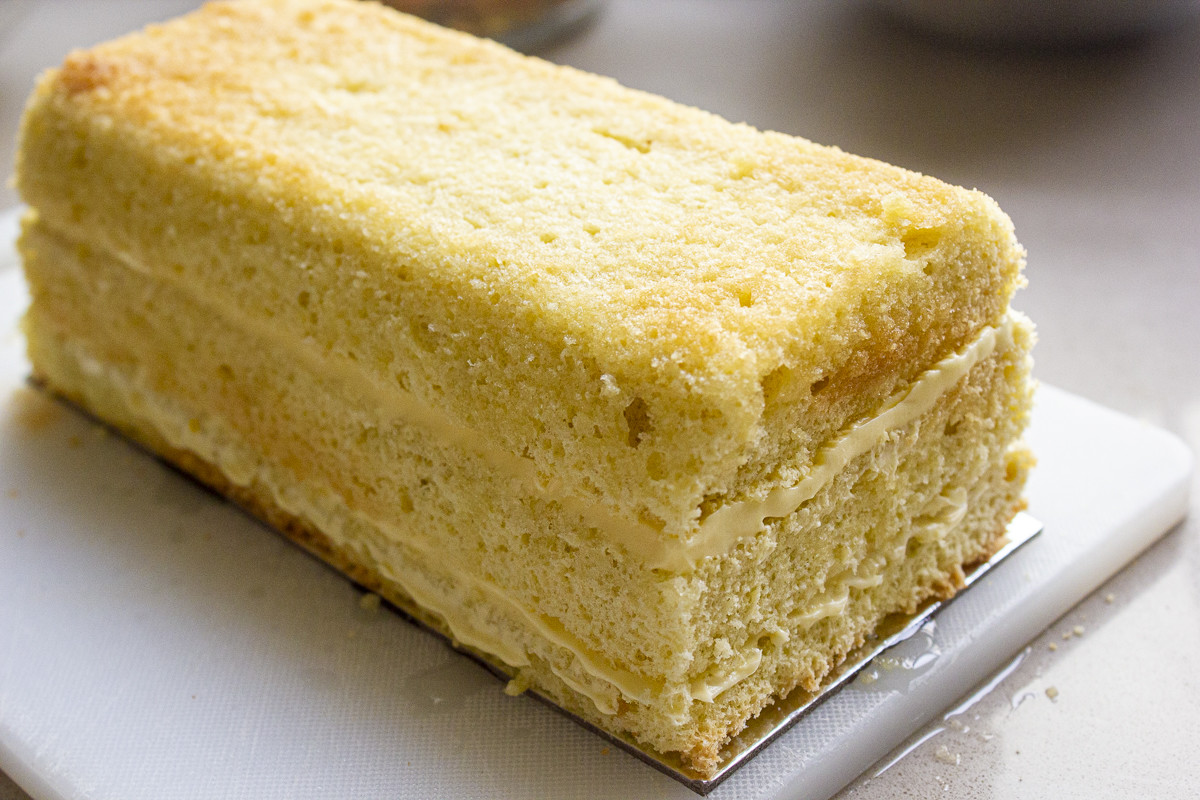 16. Use your chocolate buttercream to cover the log outside. Cover the sides of the log with the crumbs that you have just blended. 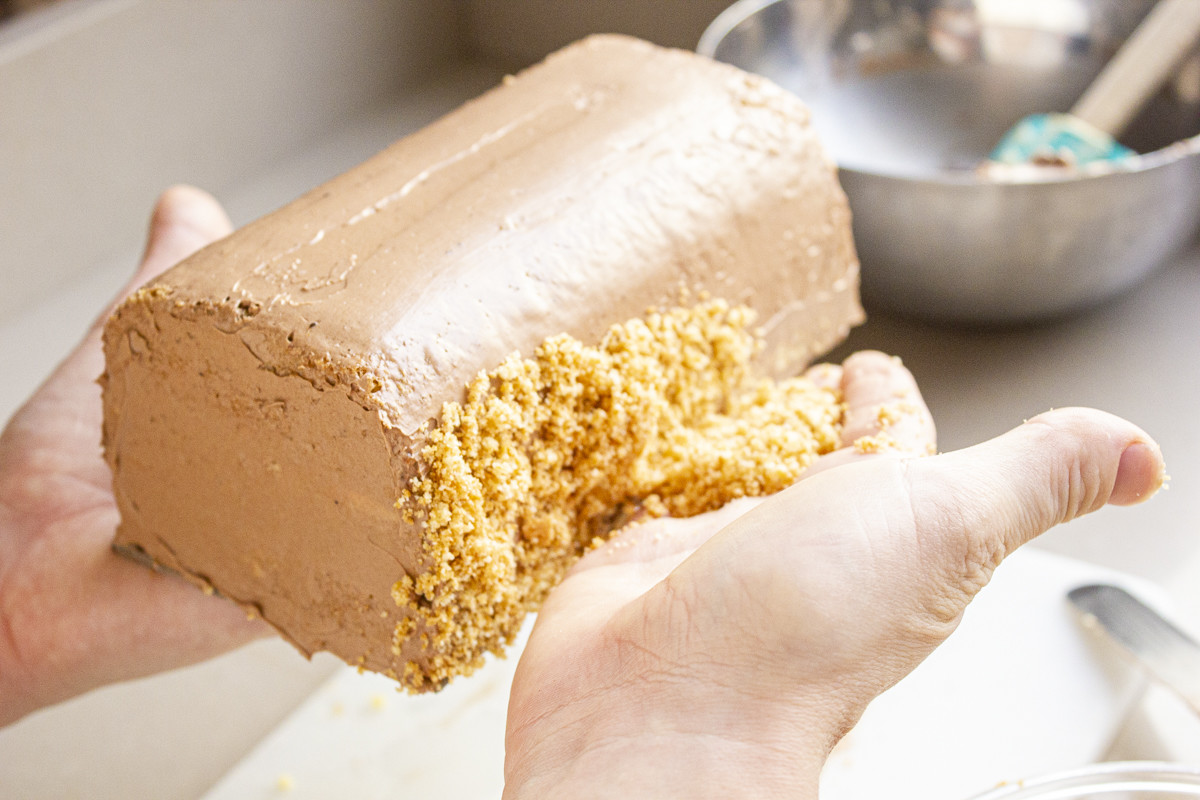 17. Use the rest of your white buttercream: separate it into two parts, and mix one part with raspberry jam and the other with spinach juice. Mix well until the buttercream is even in color. 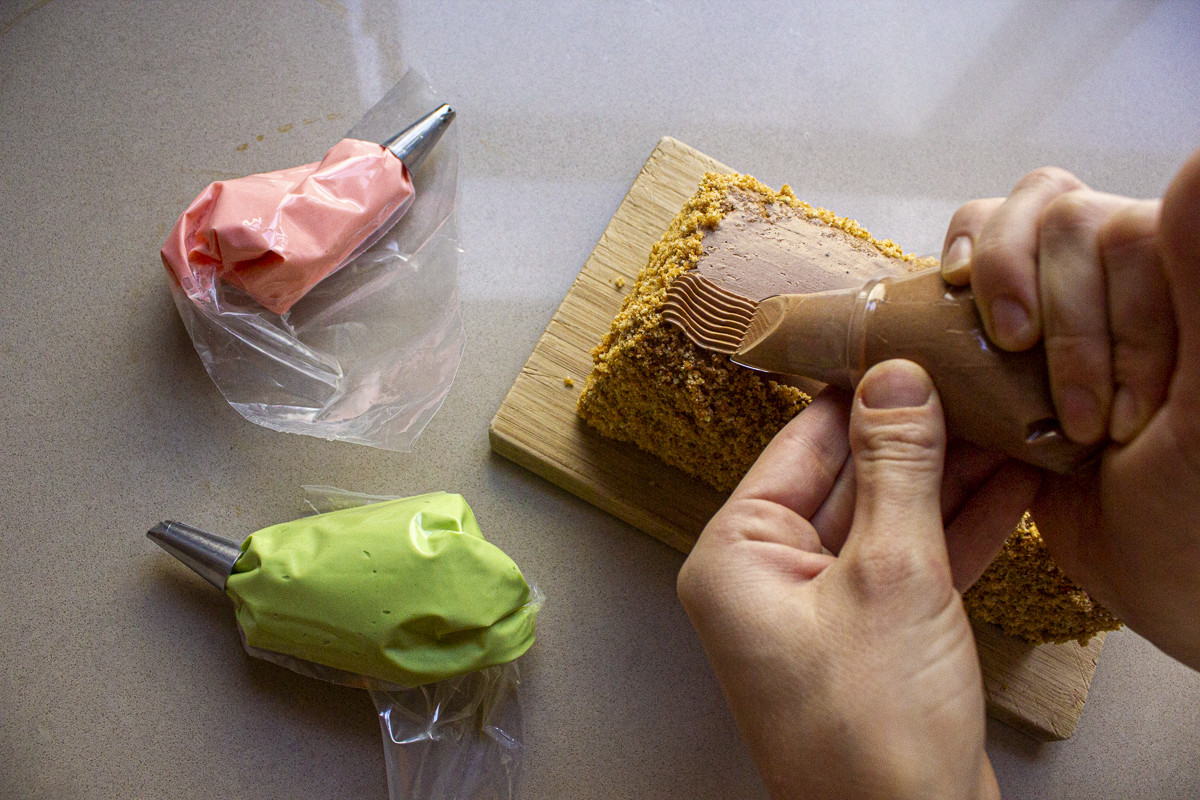 18. Use your leftover buttercreams to pipe the leaves, flowers and fun shapes on top of the log. 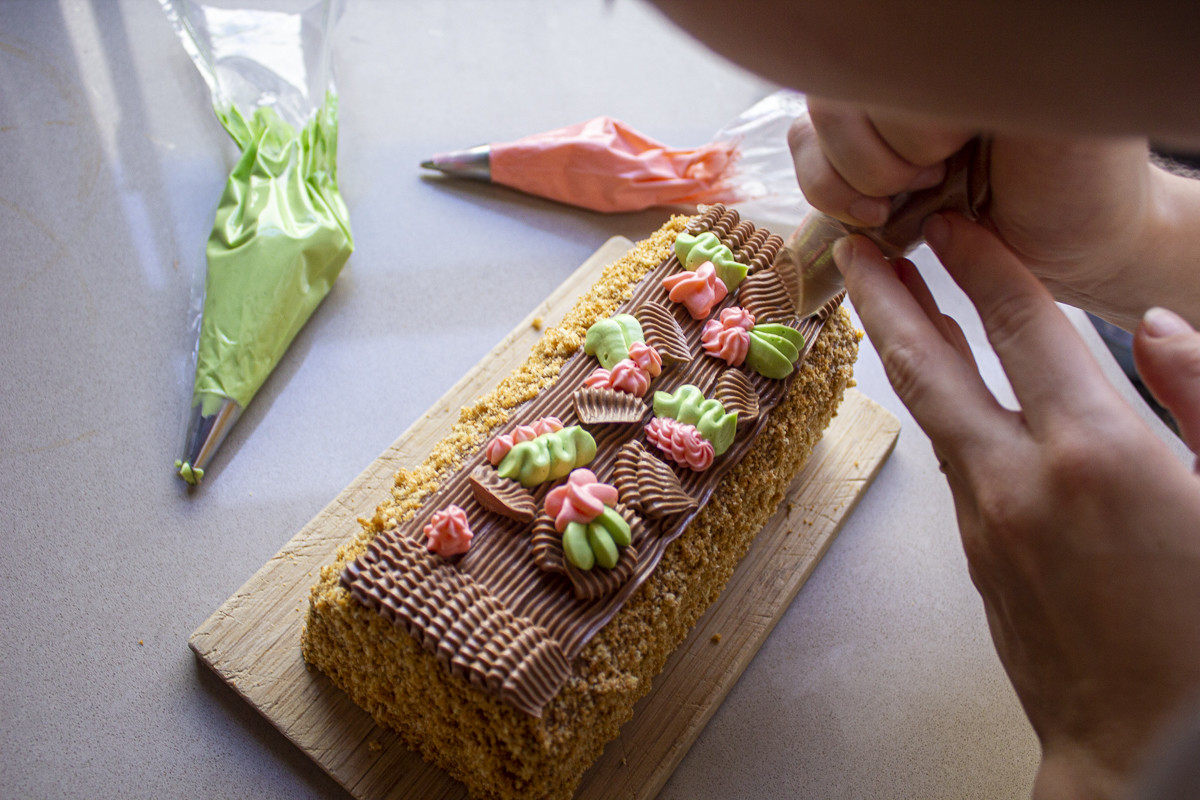 19. Let the cake set in the fridge for at least 30 minutes. Priyatnogo appetita! 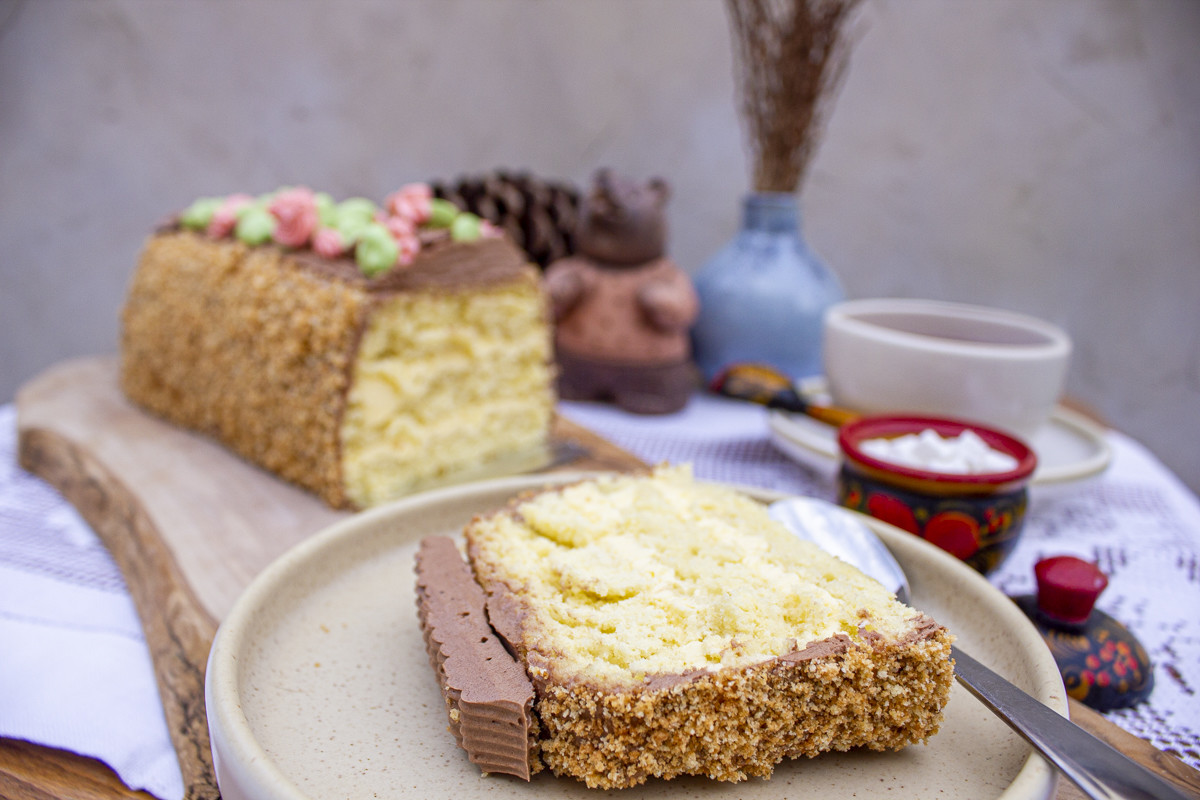