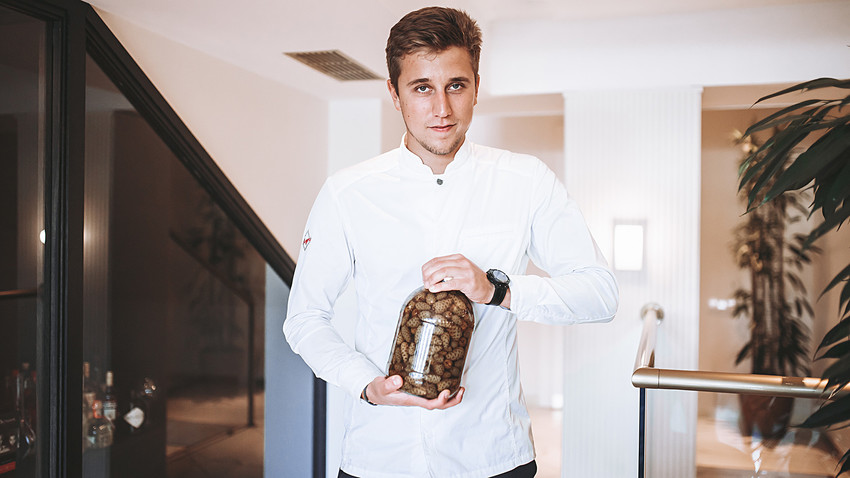 Press photo
In his kitchen at the Stories restaurant in Moscow, young chef Vladislav Korpusov uses special open-fire smoking techniques, and dreams of a Michelin star. He shared with us a salad recipe that smacks of a well-known Soviet hit.

At 21, Vladislav Korpusov became the youngest ever winner of the Best Estonian Chef competition (Aasta Kokk, 2011), after which his career took off. A series of stints at the Aleksander restaurant (repeatedly recognized as the best in Estonia) on Muhu Island, The Thief hotel in Norway, and Michelin-starred restaurants in Finland and Sweden helped to hone his unique open-fire techniques. Today, Vladislav talks about his gastronomic experiments at the Stories restaurant in Moscow. 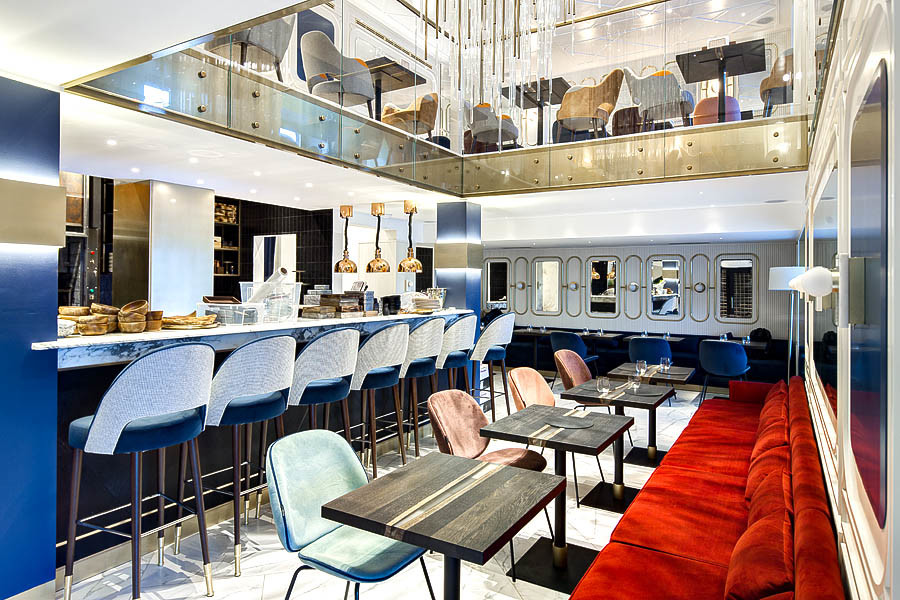 How did you end up in Russia after Scandinavia?

The famous Russian chef Ivan Berezutsky did a tour of Scandinavia, and later I went on a return visit to Russia. My cooking was well received, so I stayed on, first in St Petersburg, then Moscow. 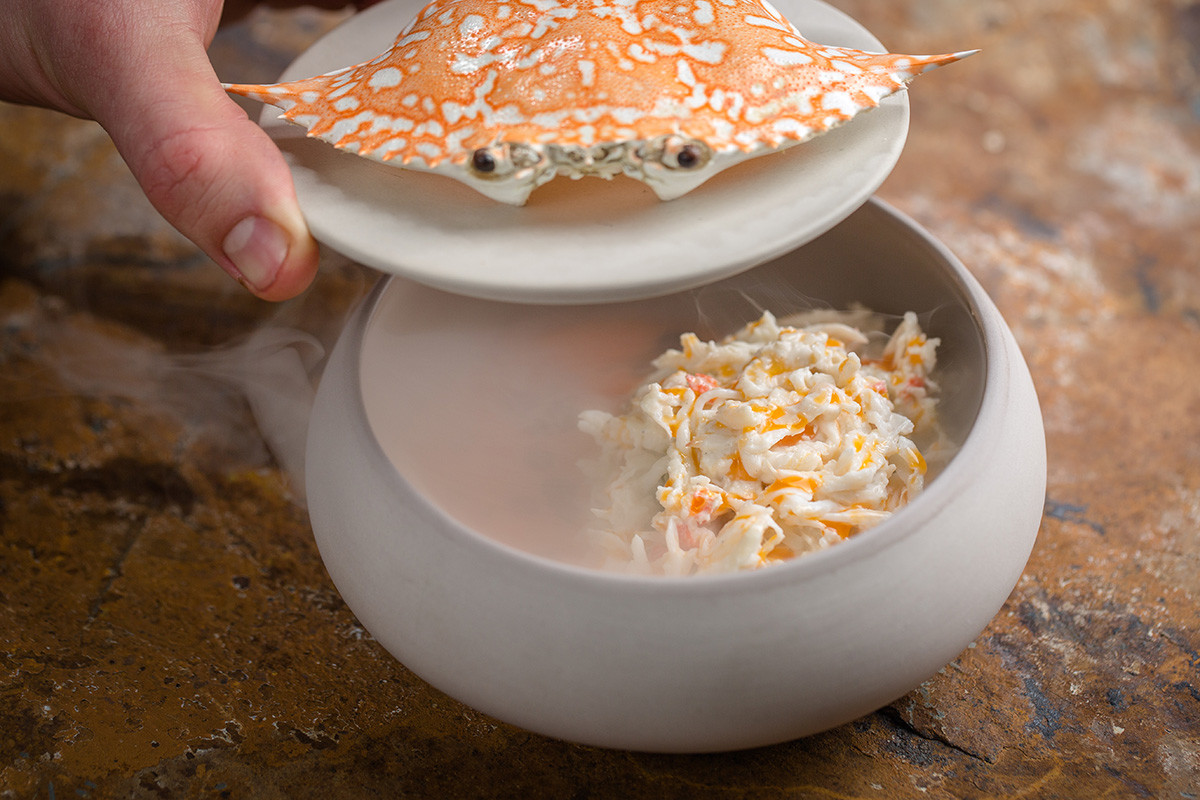 Are Scandinavian and Russian cuisine similar?

Yes. They both make use of cured and smoked products. At Stories, we cook on an open fire and use different smoking techniques, such as “flambada”, where we singe the dish with beef fat from a red-hot cast-iron funnel. We cook meat and oysters that way. Plus we put coals in boiling cream and broth.

Back in Estonia and Finland, I saw how chefs masterfully combine both expensive and inexpensive products, and I wanted to replicate that in Moscow. For example, I serve langoustines with beetroot. I use products that aren’t sold in stores. For example, I make ice-cream from the young shoots of a fir tree and jam from dandelions. 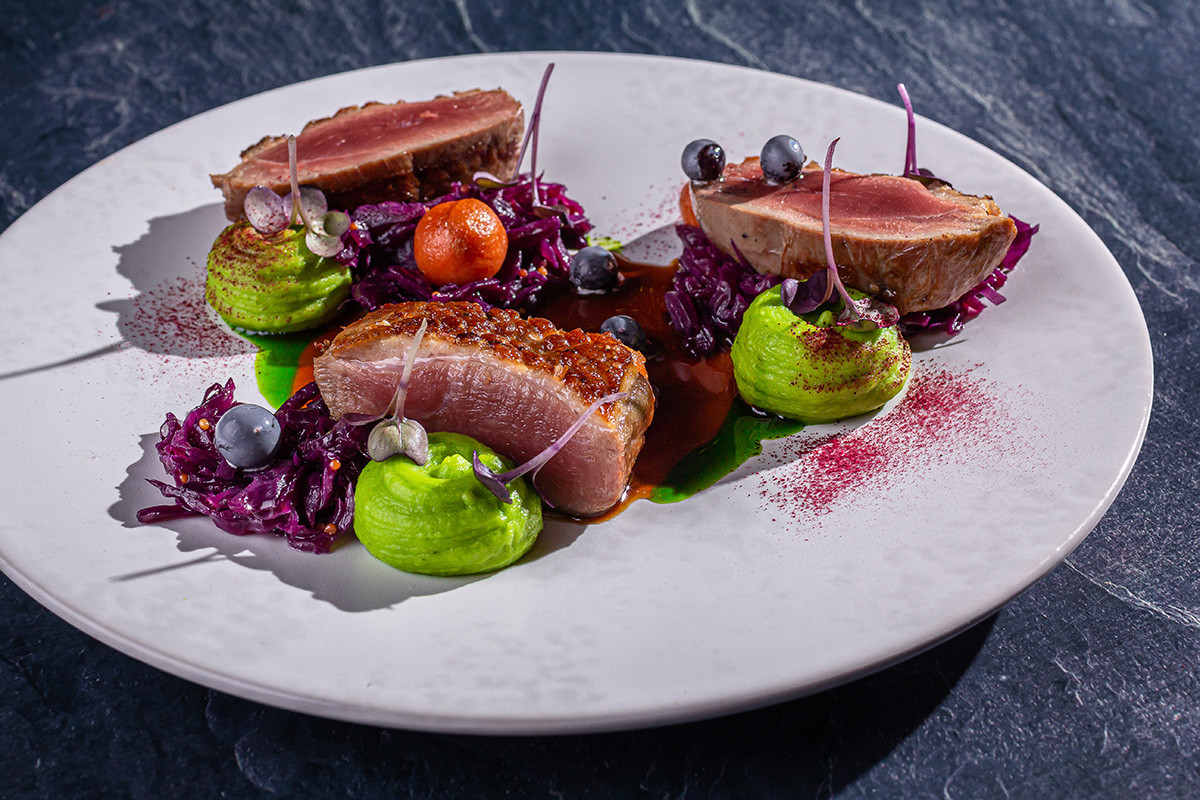 What unusual recipe can you share with us today?

I really wanted to create a salad that tasted like "herring under a fur coat", but with a modern twist. The result was a salad with langoustines instead of herring, beetroot spaghetti instead of a layer of beet, plus a goat’s cheese topping. Voilà… 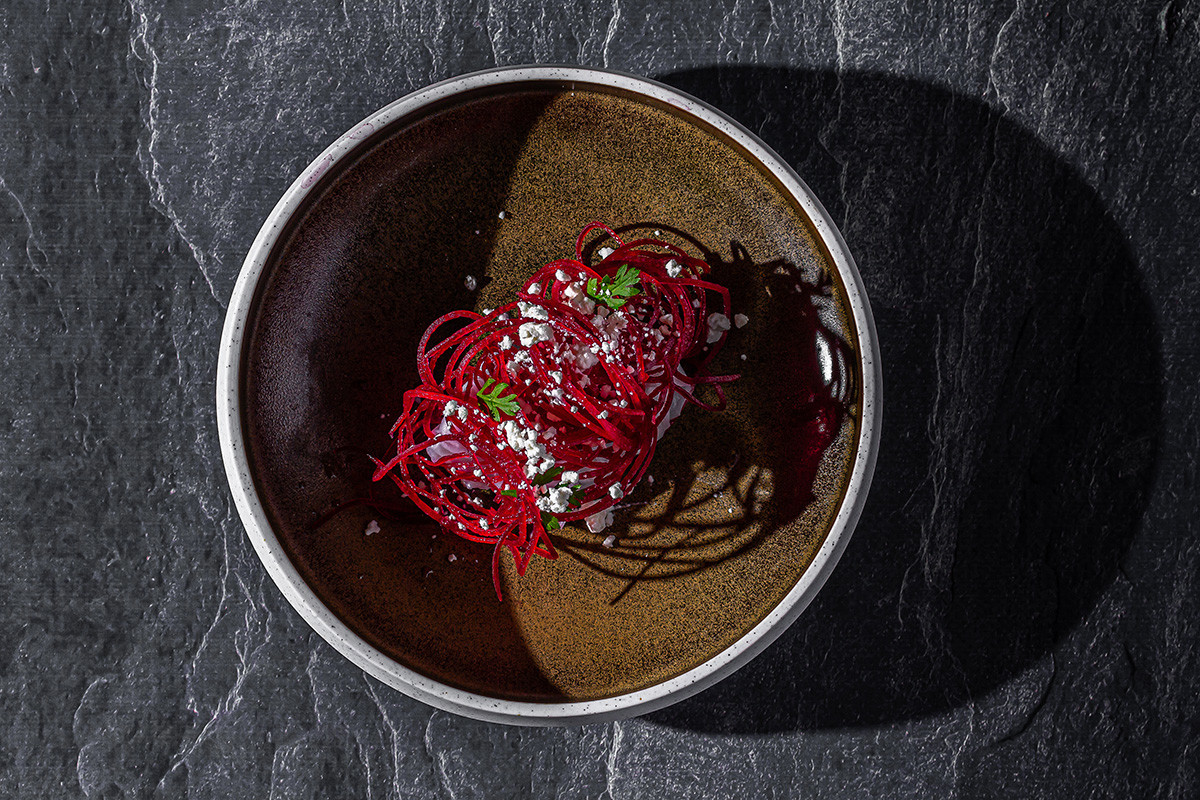 Salad "herring under a fur coat" 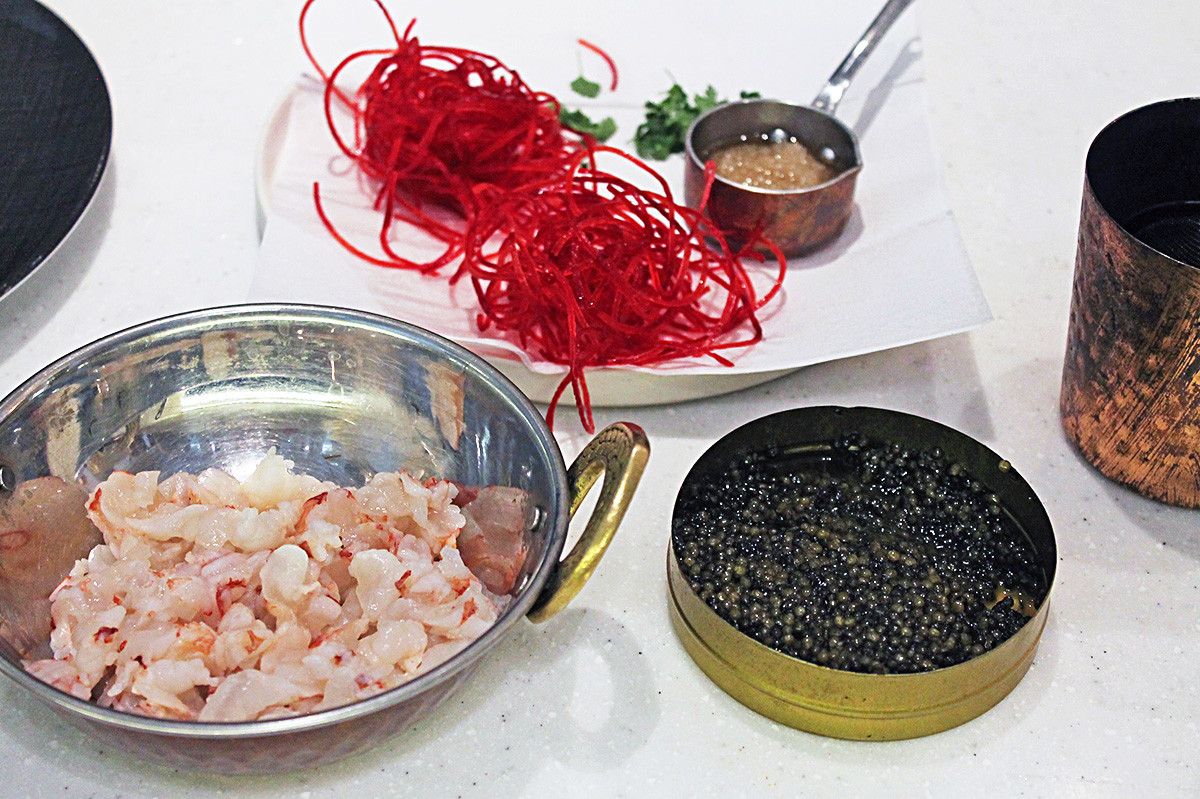 The langoustine tails should be blanched for 5 seconds in boiling water, then immediately chilled in ice. Dry and cut into slices 0.5 cm thick. Finely dice the shallots into 0.05 cm cubes. Bring to the boil and cook for 2 minutes at a temperature of 90°C to al dente. Then season the langoustines with onion, black pepper, and sea salt. 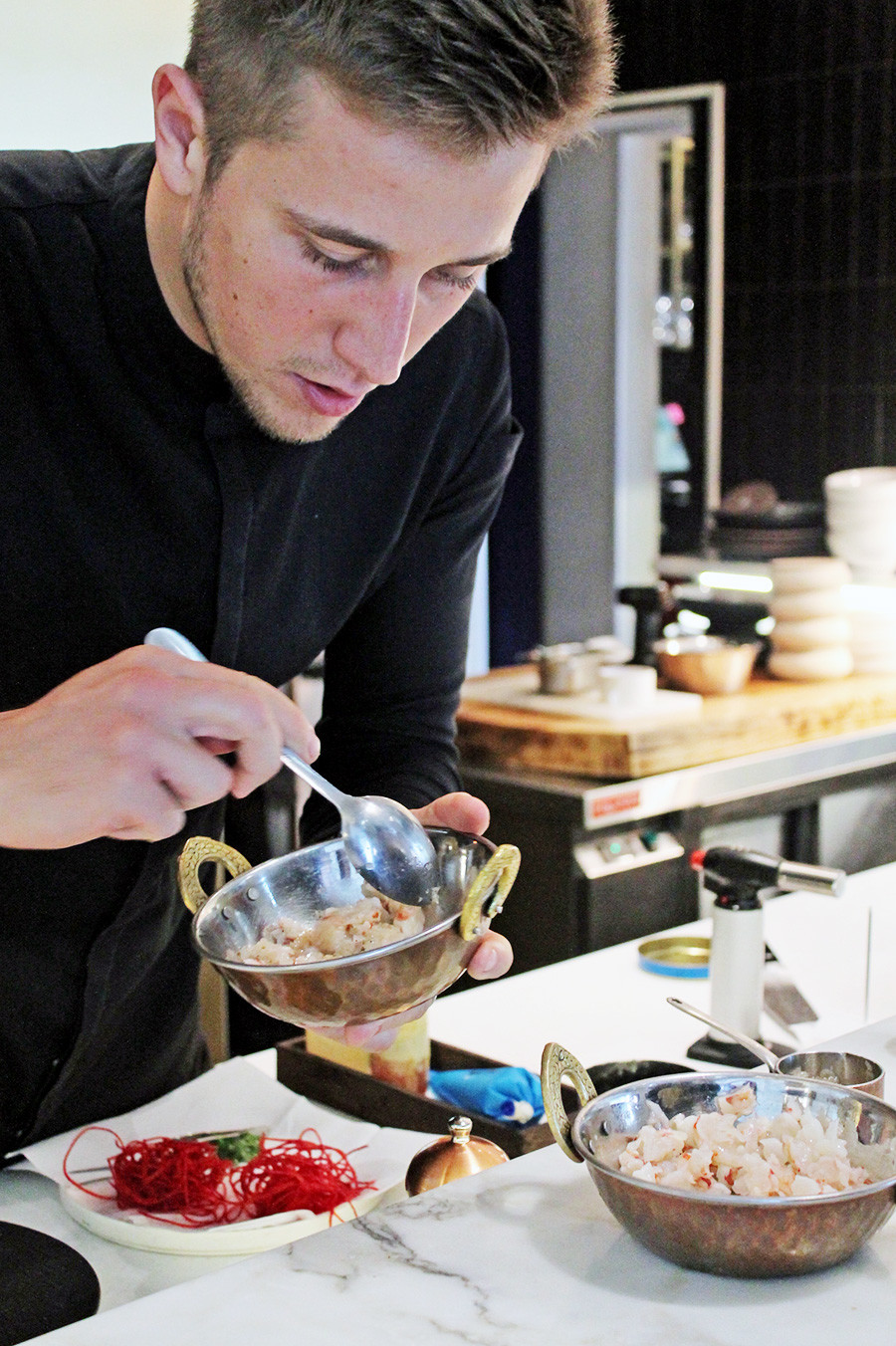 Mix the burnt butter with the homemade mayonnaise. All done.

Mix all the ingredients, bring to the boil, add the agar-agar. Place in the refrigerator and let harden. Run the mass through a blender to achieve gel consistency.

Grate the peeled beetroot with a special grater, or cut into thin spaghetti-style strips. Place the strips on the mass of langoustines, grate frozen goat’s cheese on top, and garnish with greens. Add a few drops of vinegar and mayonnaise gel to the plate around the salad. For best results, add the sauce immediately before eating. 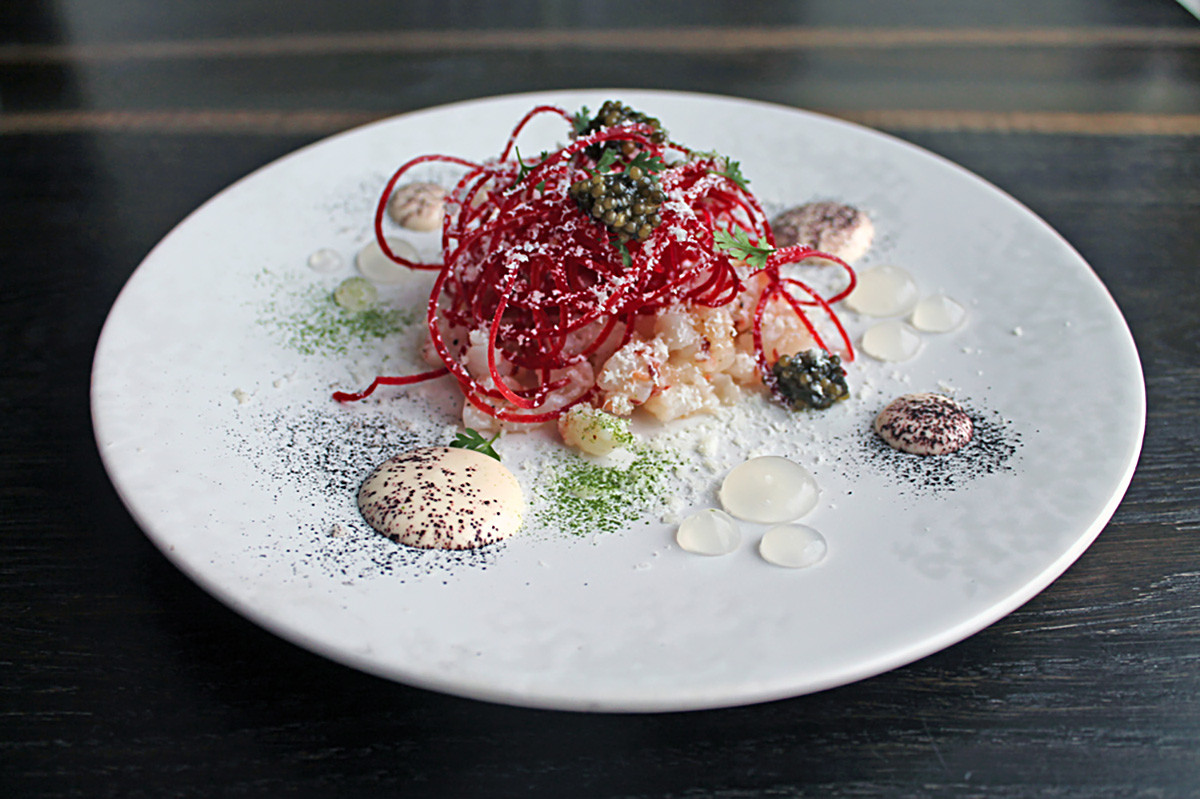 In our series “How foreigners change Russian cuisine,” Russia Beyond sits down with Moscow’s brilliant foreign chefs to talk all things food and to get you, our readers, a special Russian recipe in their own original interpretation, that you can easily make at home.