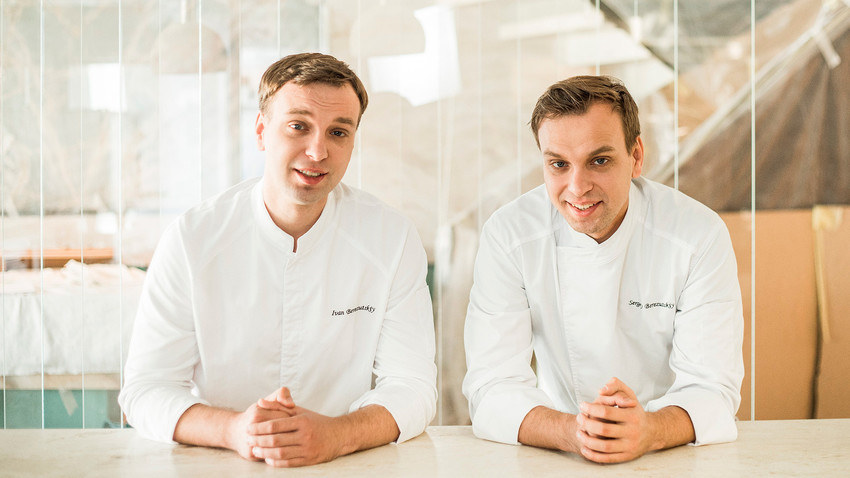 Press Service
Until recently, Russian cuisine was exactly what you’d think it to be: borsch, pelmeni and beef stroganoff. But thanks to a new generation of innovative, daring and creative young Russian chefs, that perception is changing fast. At the forefront of this culinary revolution are the twin brothers, Sergey and Ivan Berezutsky.

The government’s food embargo introduced in 2014 help foster the rise of New Russian cuisine. For example, the Berezutsky brothers procured the finest ingredients from across Russia, and opened the aptly named restaurant, Twins, to give Muscovites a chance to sample exquisite dishes and gain a sense of pride in their country’s rich culinary traditions. 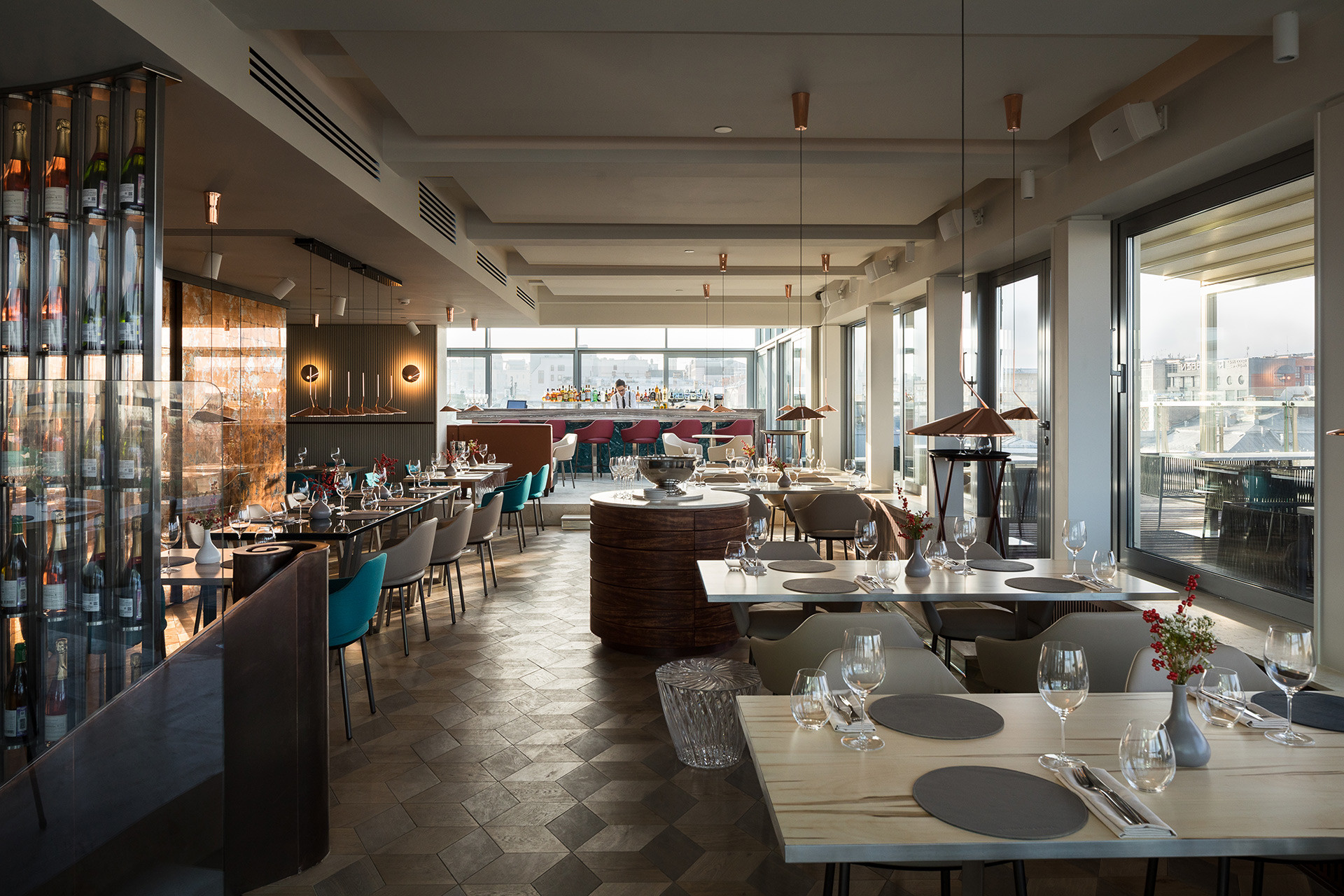 Twins was recently rebranded as Twins Garden, and the new name is no accident. Sergey and Ivan grew tired of the constant hunt for quality ingredients, and after teaming up with the Timiryazev Agricultural Academy (the country’s most respected), the twins bought a 50-hectare tract of land in the Kaluga Region, considered one of the most ecologically clean areas within a few hours’ drive of Moscow. Now, 70 percent of vegetables, fruits, dairy, meat, fish and herbs used to prepare dishes at Twins Garden come from the Kaluga farm, which gives the twins the chance to personally control every ingredient that makes its way to their kitchen. At the moment, no other restaurant in Russia has anything of the sort – this is Russian farm to table at its best. The other 30 percent is the seafood that Sergey and Ivan import from the Russian Far East and only from trusted, long-time partners. 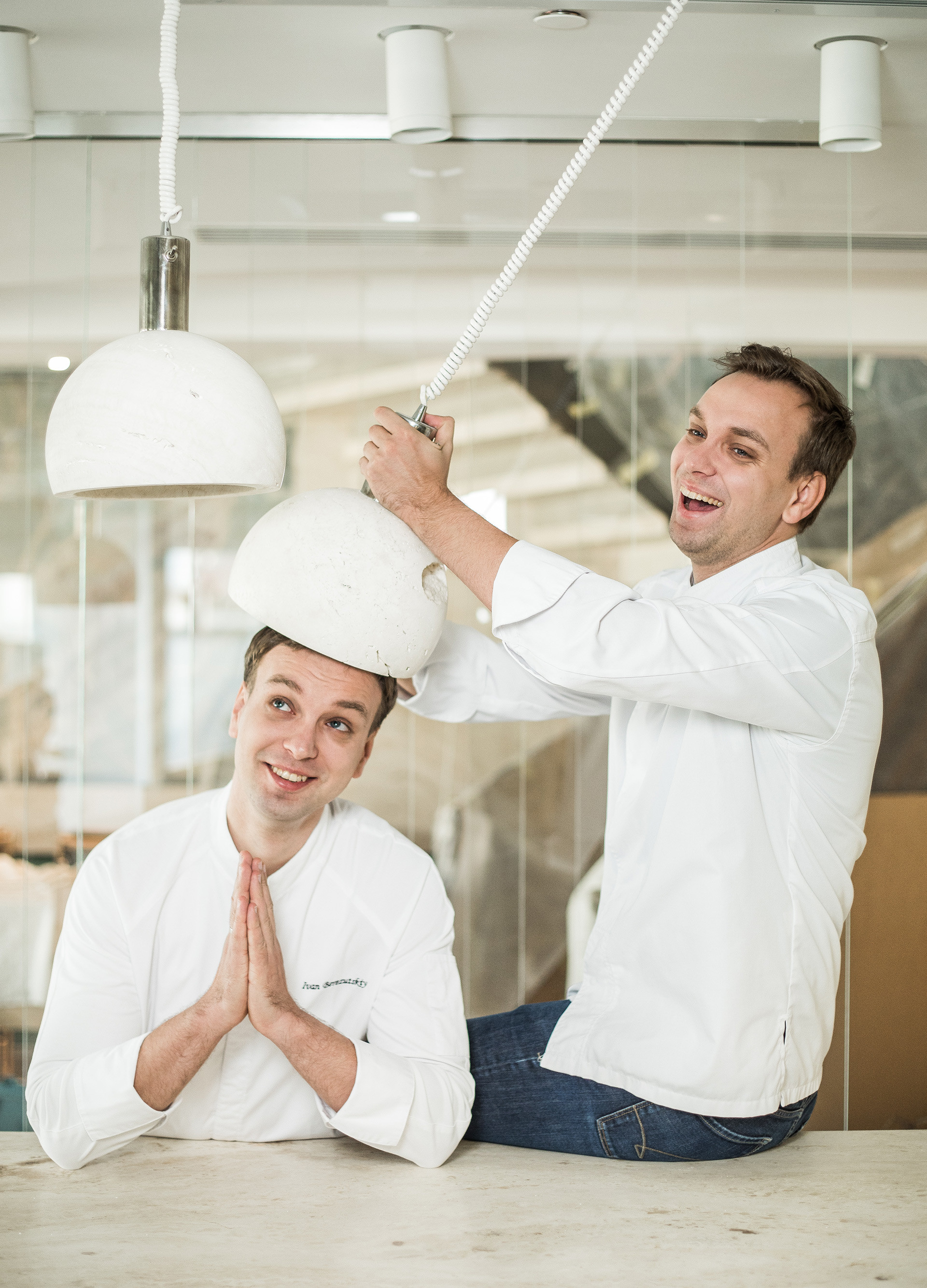 As Sergey told Russia Beyond, customers really feel the difference in taste, but it’s not just the exceptional quality that makes Twins Garden stand out from the competition. Their daring, experimental approach to cooking means that each and every single dish is a work of art or the result of a brilliant scientific experiment. Russia Beyond brings you seven dishes that are the prime example of New Russian cuisine. 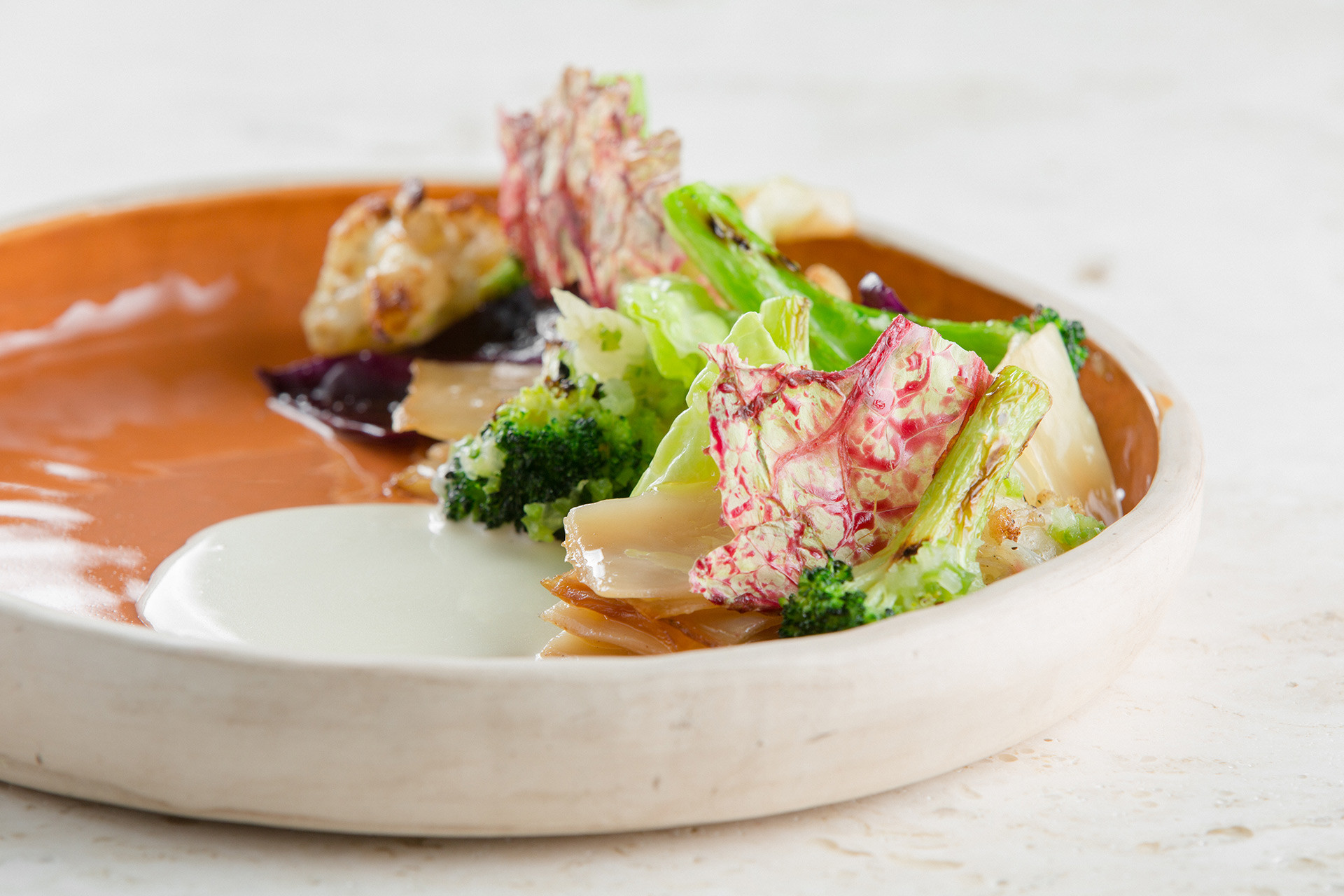 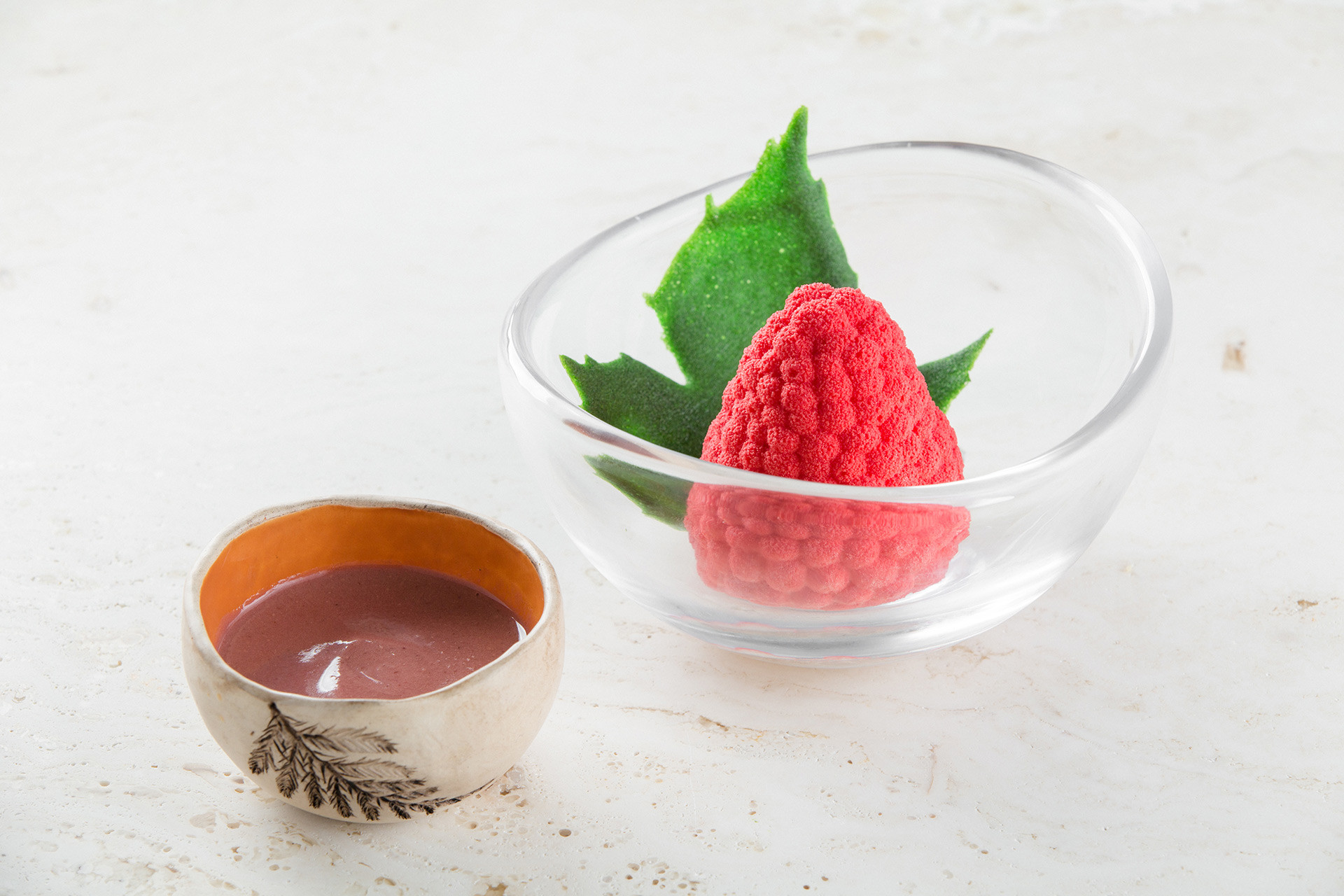 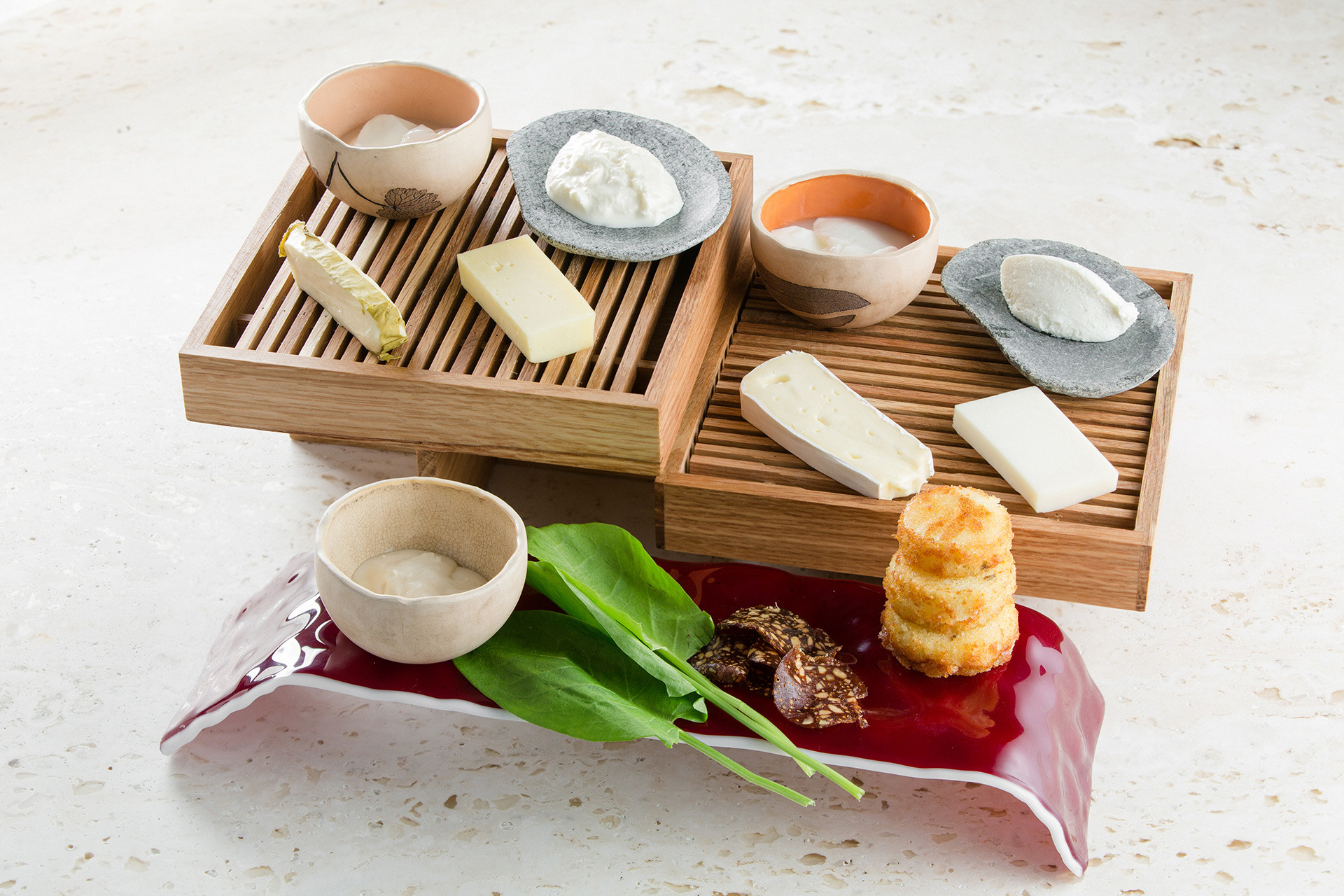 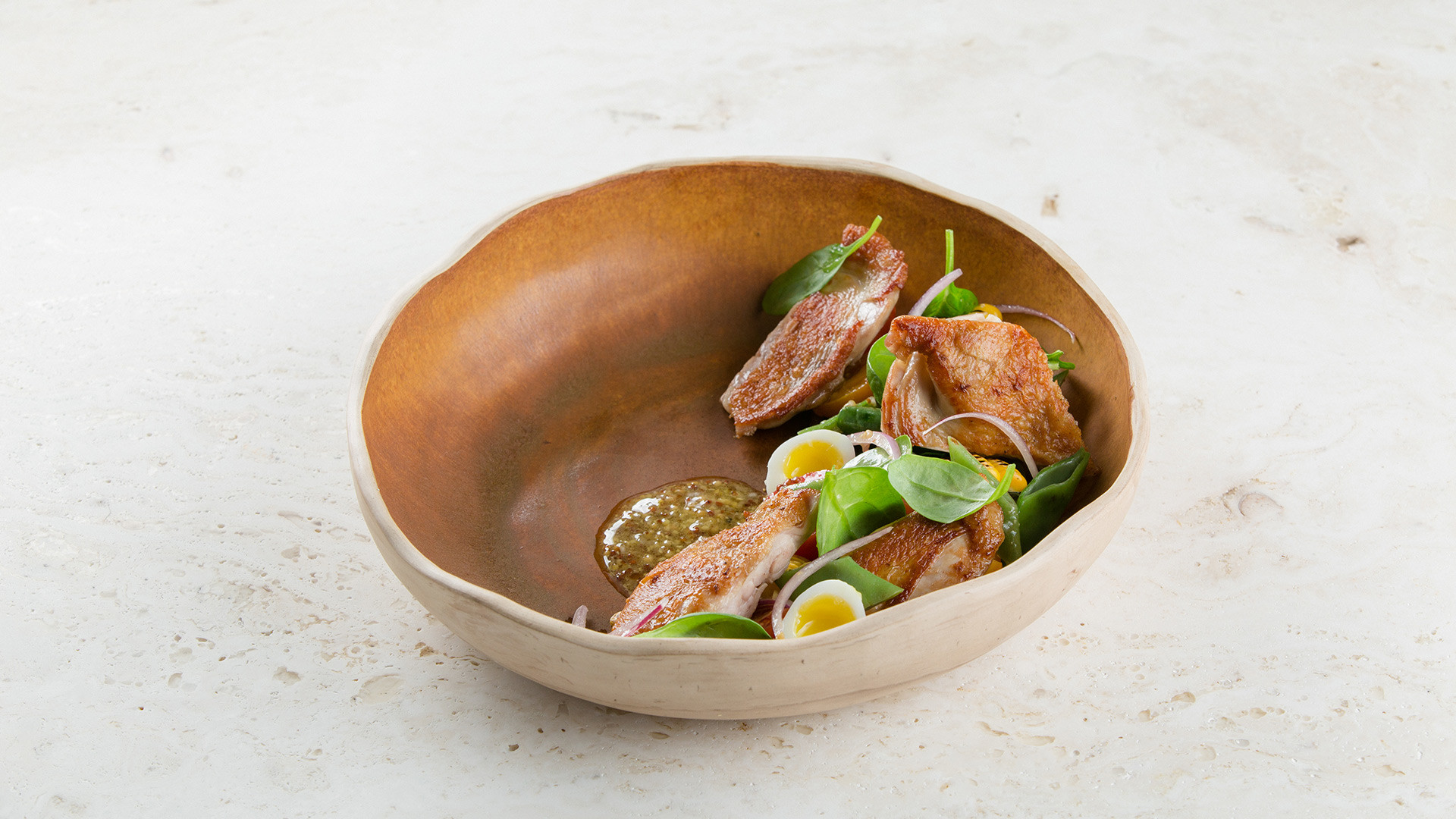 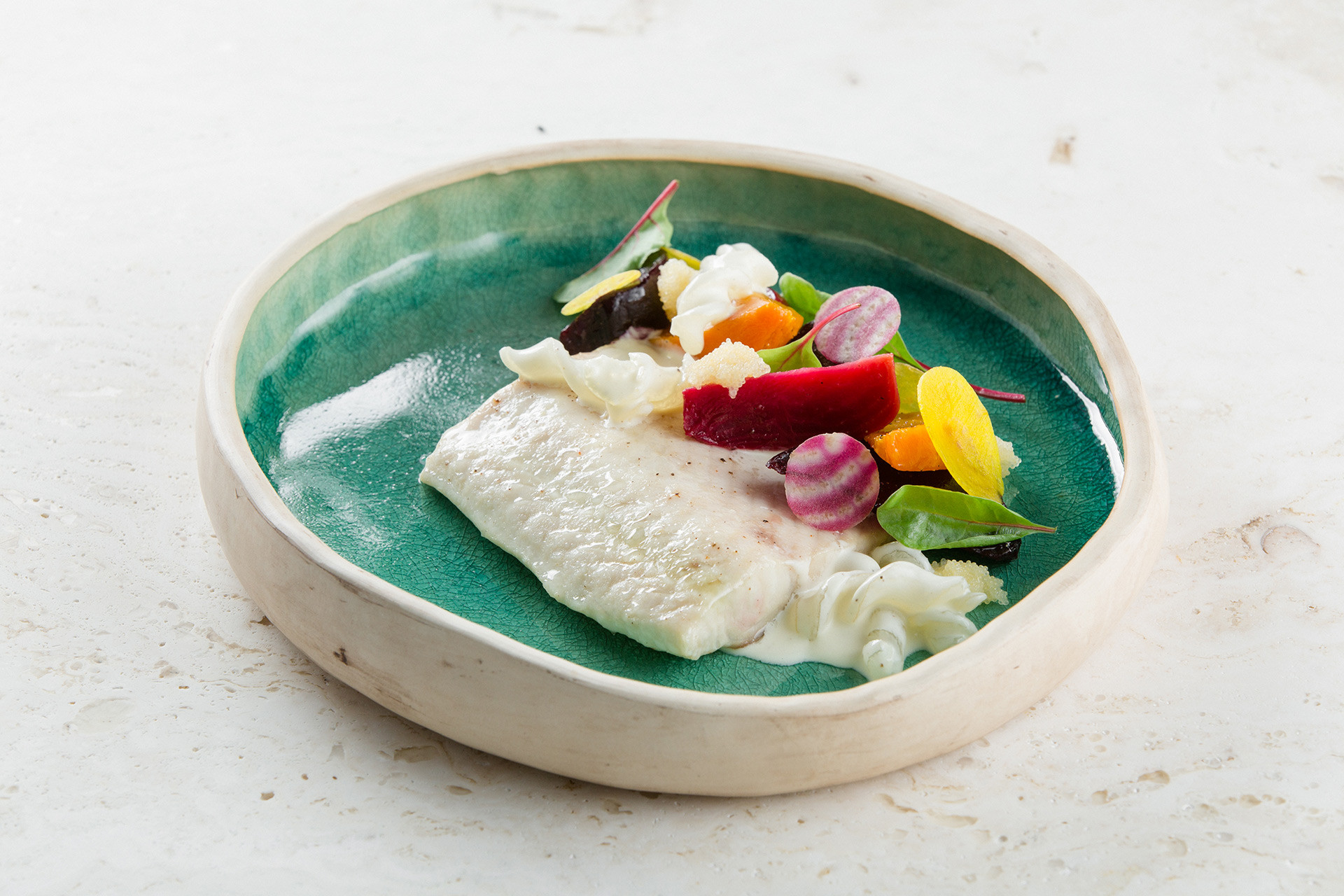 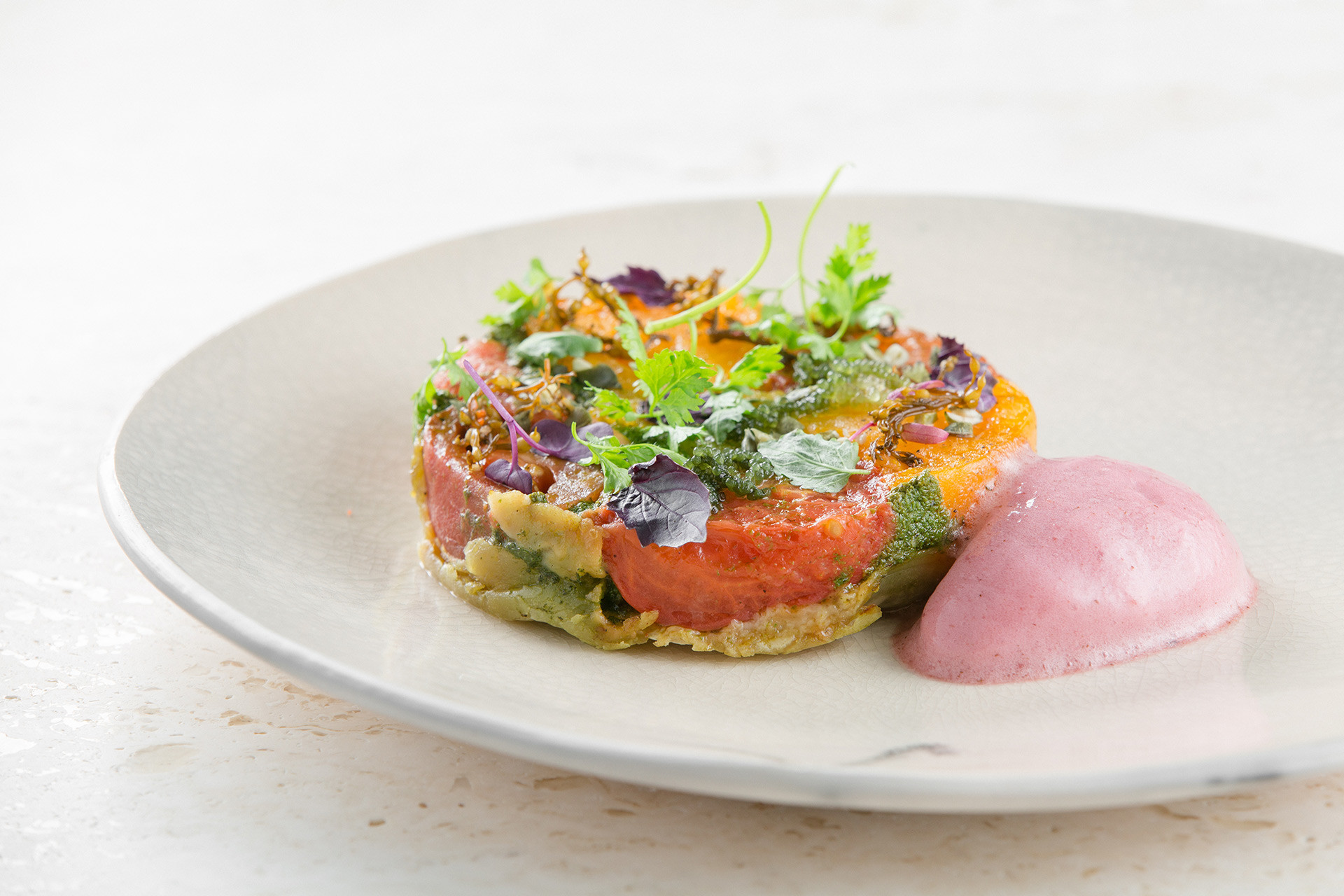 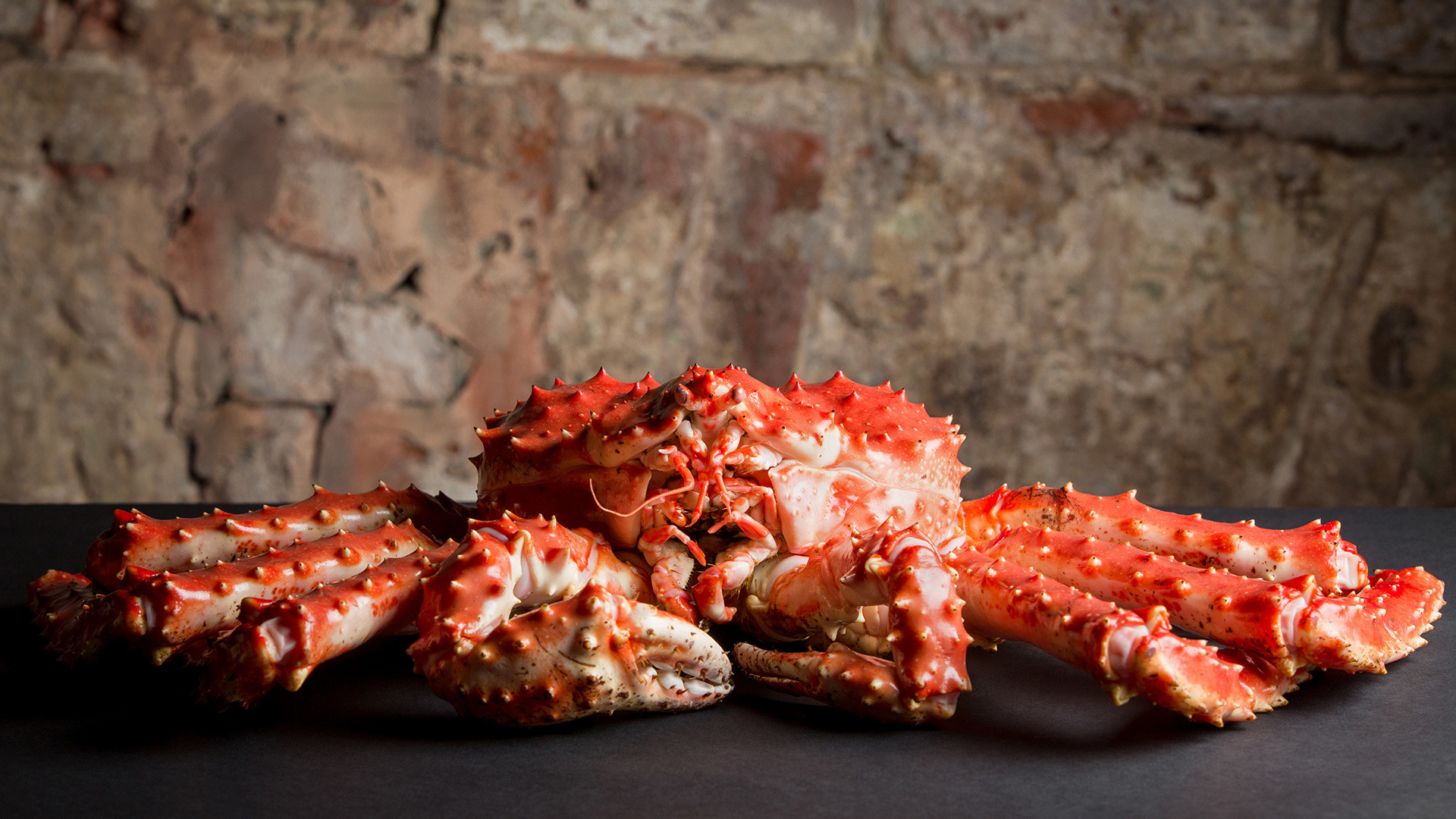 Next time you’re in Moscow, make sure to visit the Berezutsky twins in their restaurant, and try several of the 40 something dishes or the six-course degustation menu. You can often find them working in the open kitchen – unless they’re cooped up in their laboratory (yes, a laboratory full of scientific equipment!) concocting new mind-blowing recipes.

As for the wine, well, in this area they also have no equal in the CIS. There are more than 1,000 sorts in their wine cellar, many of which you will not be able to find anywhere else in Russia. 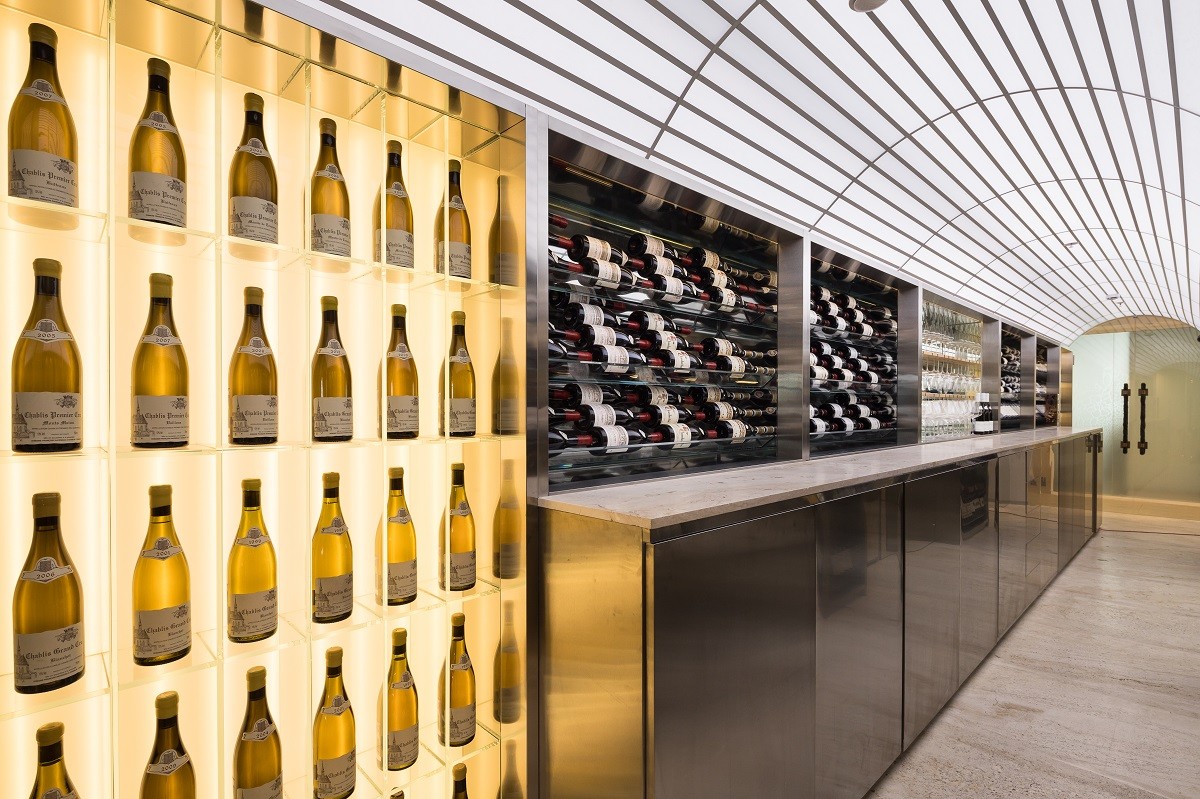 They’ve also opened Twins Wine Space in the St. Regis Moscow on Nikolskaya Street (near Crab & Wine, their crab-focused restaurant). Here you can find more than 500 wines, 80 percent of which are French. So as you can see, the brothers are not only taking the food scene by storm, but are also becoming the Russian capital’s wine titans.

If a Moscow visit is not in the cards any time soon, you can bring the Berezutsky brothers to your home! Here’s the recipe for their garden salad, perfect for any occasion. 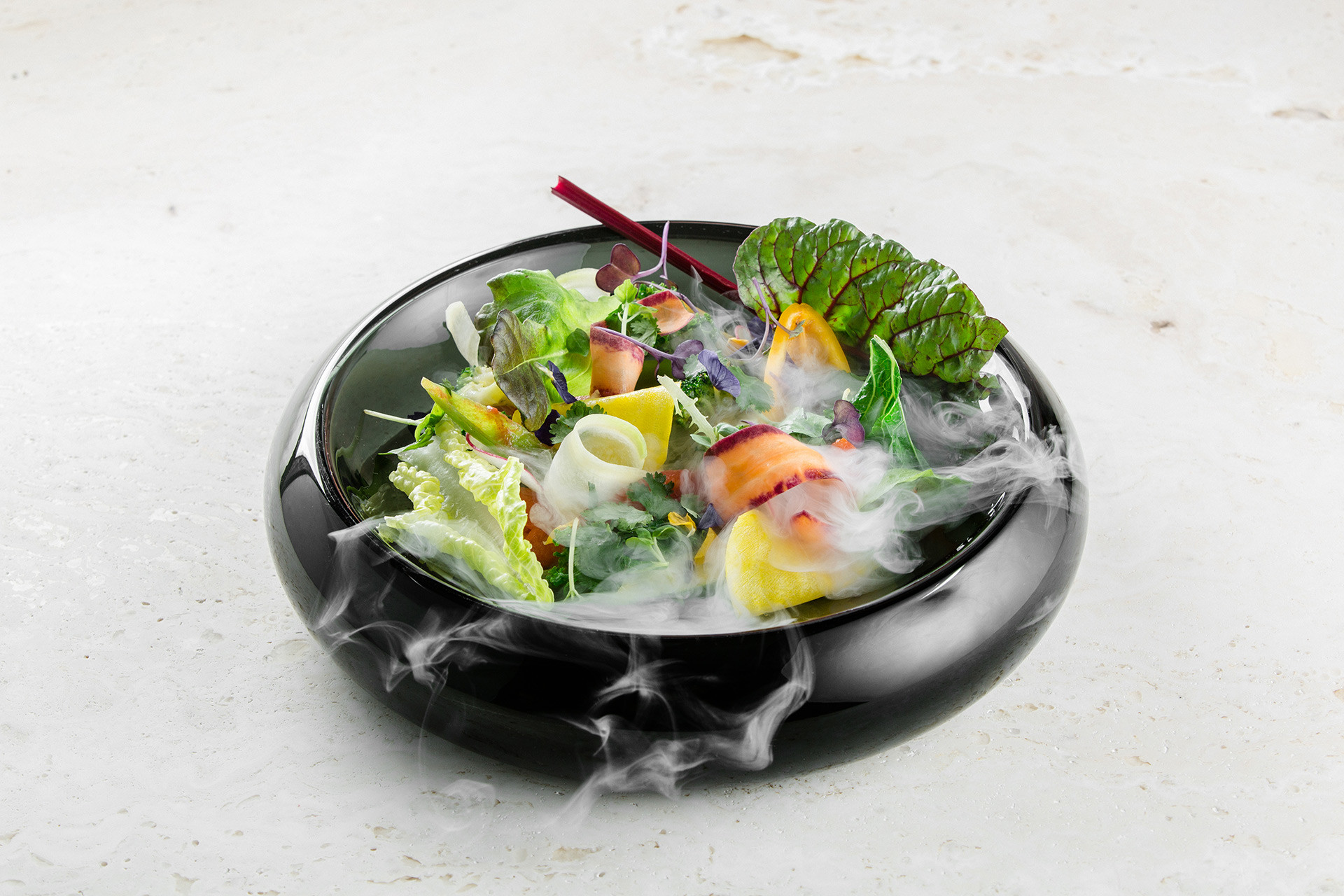 Ingredients (for one portion)

Read our interview with one of Moscow's most successful chefs, Vladimir Mukhin, who explains why everyone in the USSR used one cookbook, and why coriander is added to Russian bread.