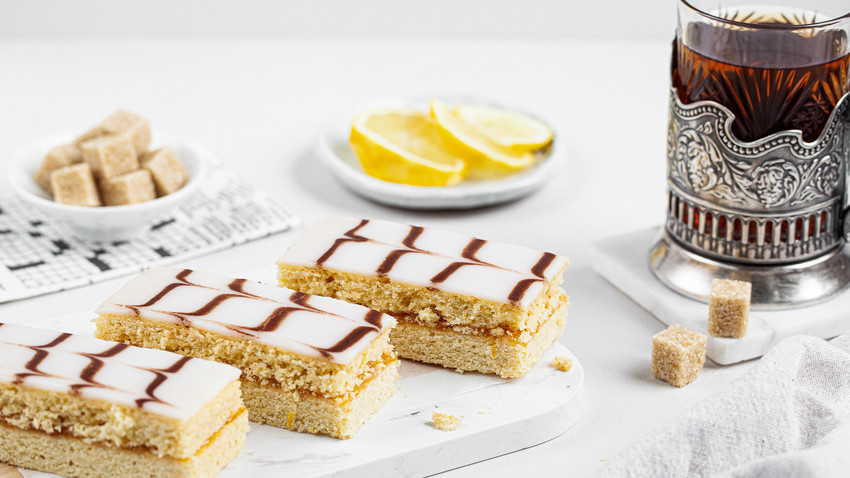 Do you know how a happy Soviet childhood tastes? Try to make "the stripe" cake!

Yulia Mulino
The stripe, a two-layer cookie filled with jam and covered with sugar icing, is forever ingrained in the memory of many people who lived in the Soviet Union. Why was it so special for them?

It’s hard to say who created the “stripe cake”, but everyone in Russia associates it with Soviet times. One may claim that the “stripe cake” was simply the first dessert that Soviet children were allowed to have. And in childhood everything tastes better.

Being simple, practical and safe, the “stripe” became an all-time favorite in school canteens, getting its second name as the “school cake”.

Moreover, many associate the “stripe” with life’s special moments. For me, it is going to the circus. I clearly remember the taste of this cake with lemonade during the intermission.

The following recipe is very close to the classic one, I use a little lemon twist with dough, though. 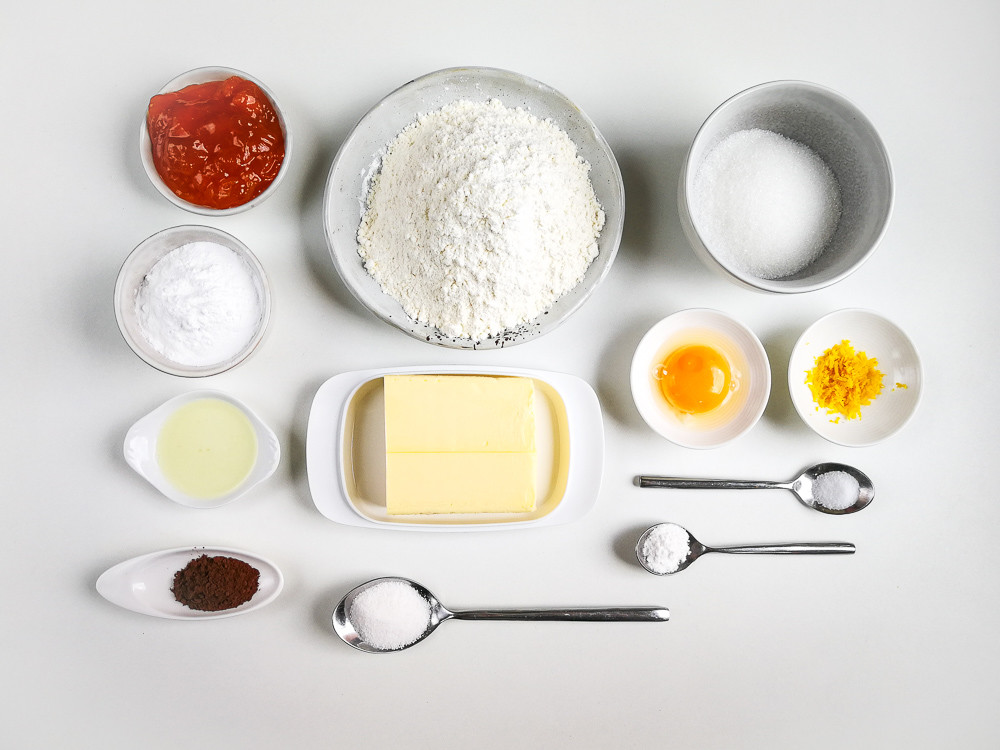 1. Beat some butter with sugar and vanilla sugar until white for 5 minutes. 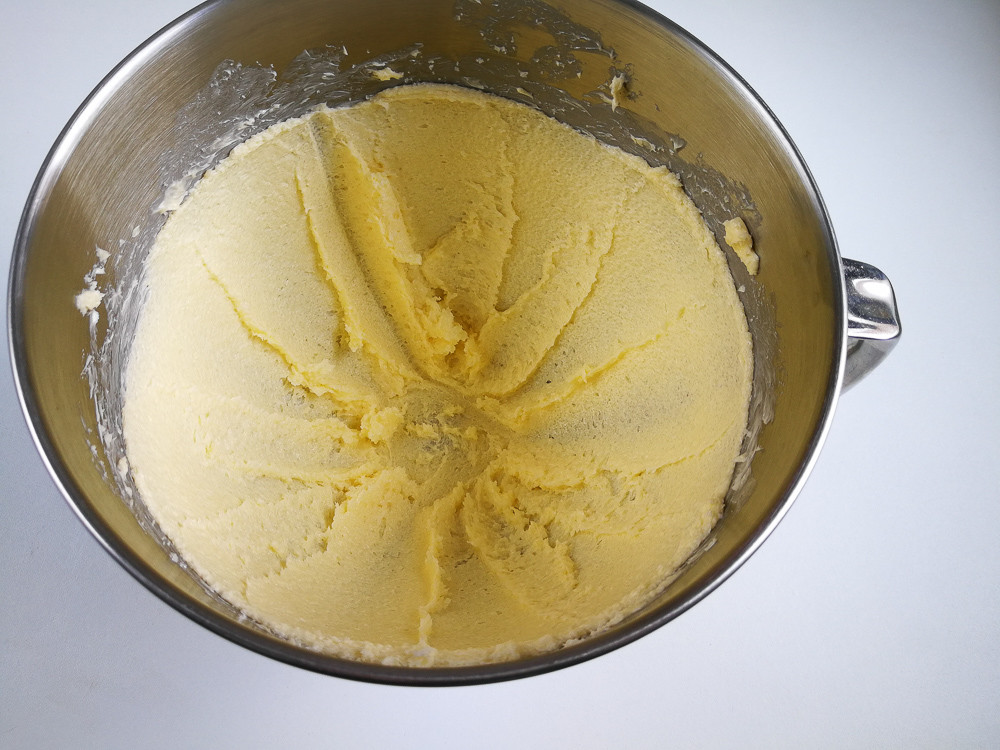 2. Add an egg and continue beating for another three minutes. 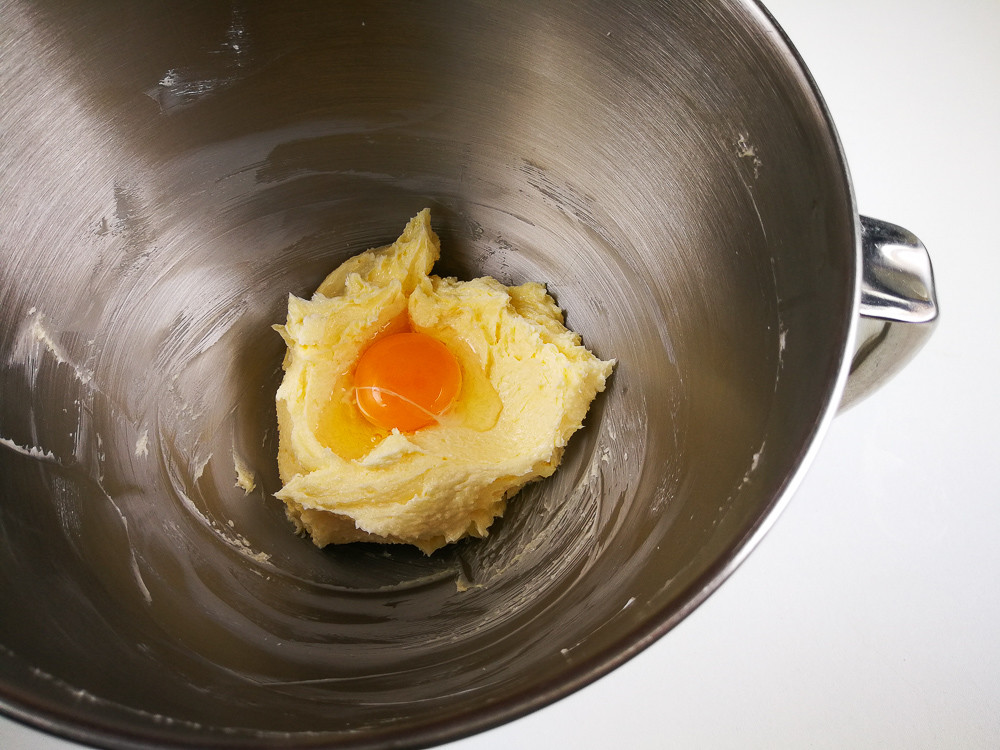 3. Sift flour with salt and baking powder, add lemon zest to the bowl. 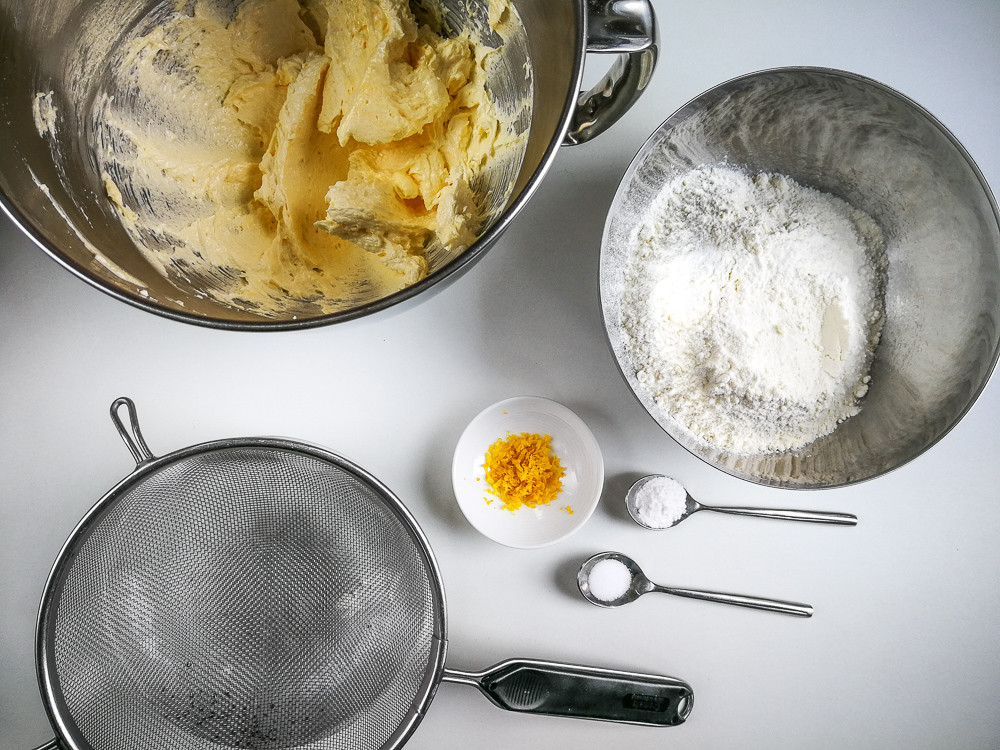 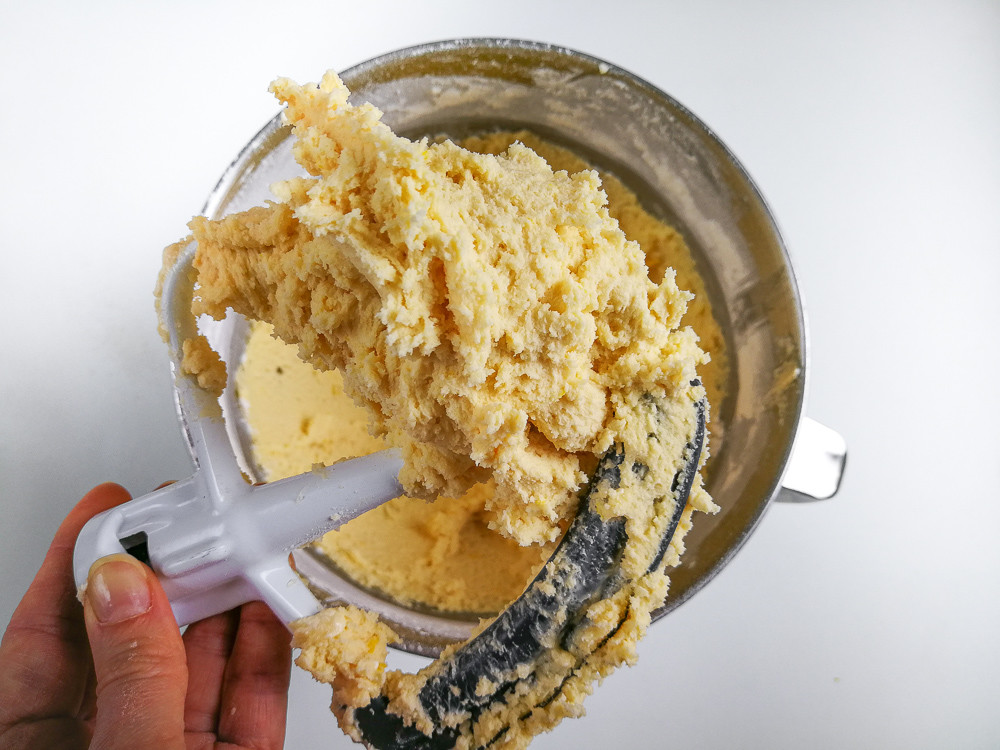 5. Wrap the dough in film and put it in the fridge for half an hour. 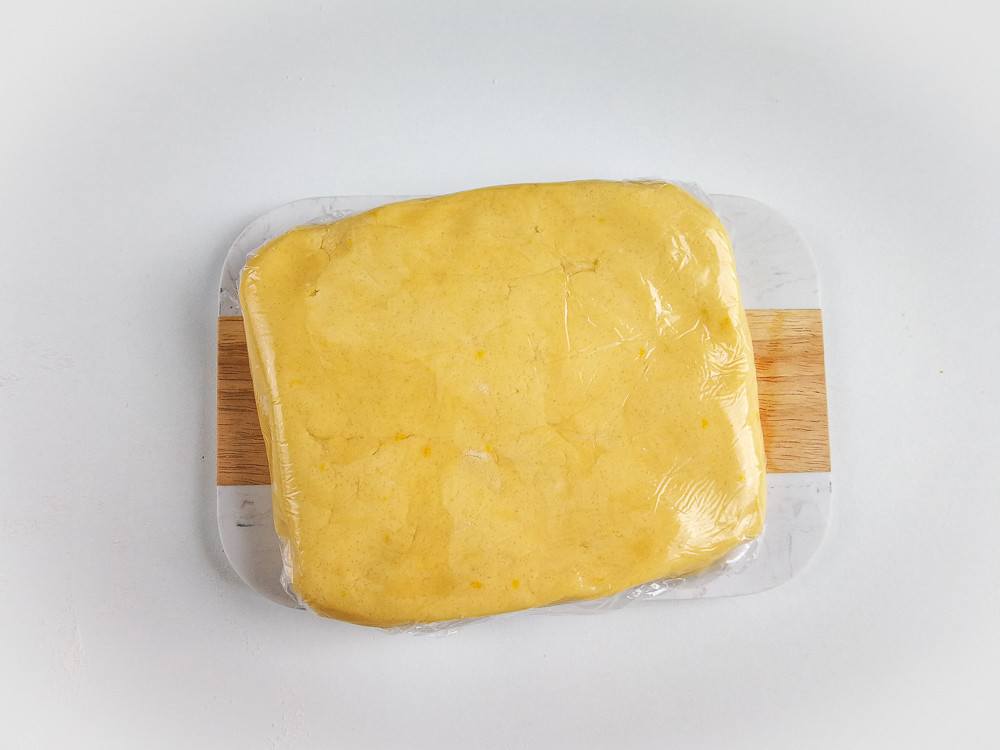 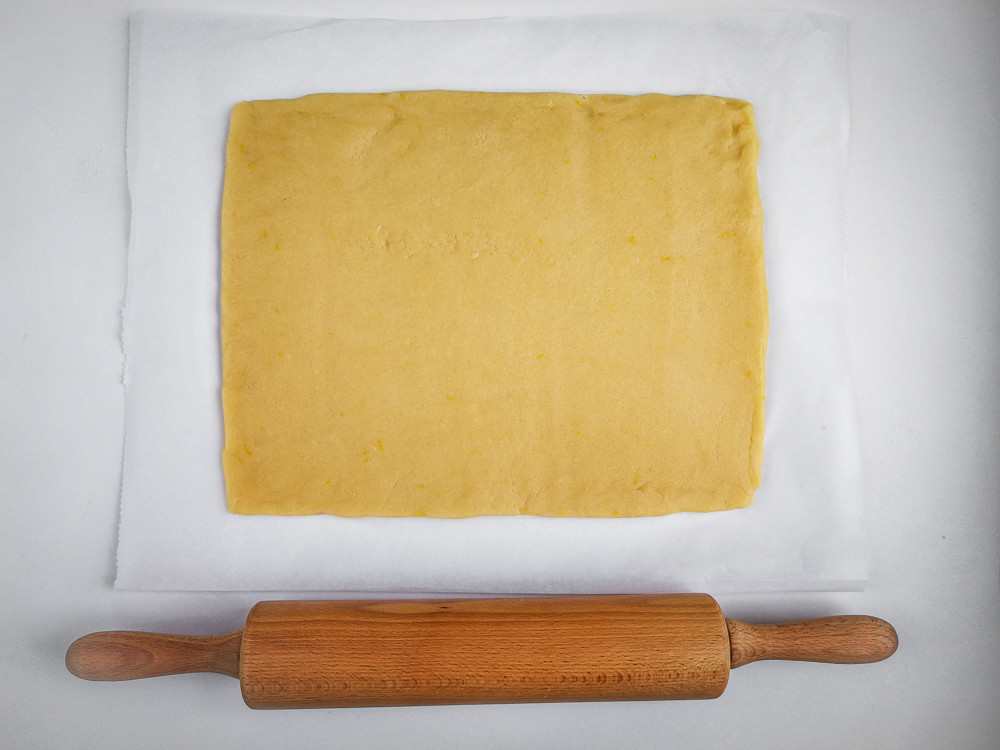 7. Bake the dough for about 15-17 minutes until golden brown. 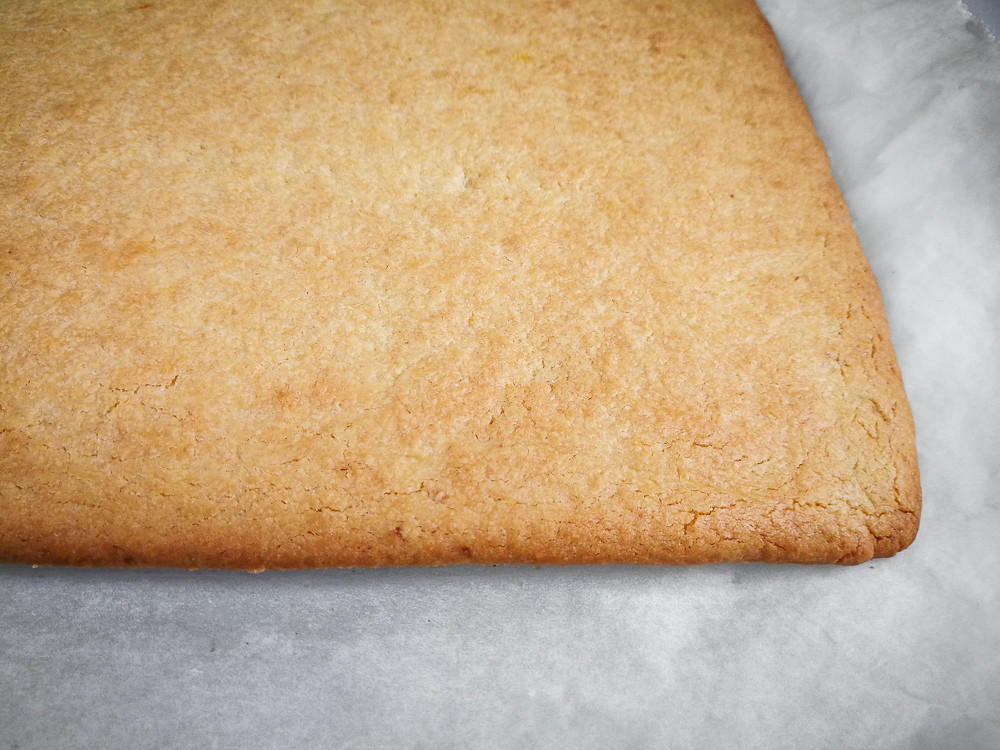 8. Cut the cake into two equal halves and let cool. 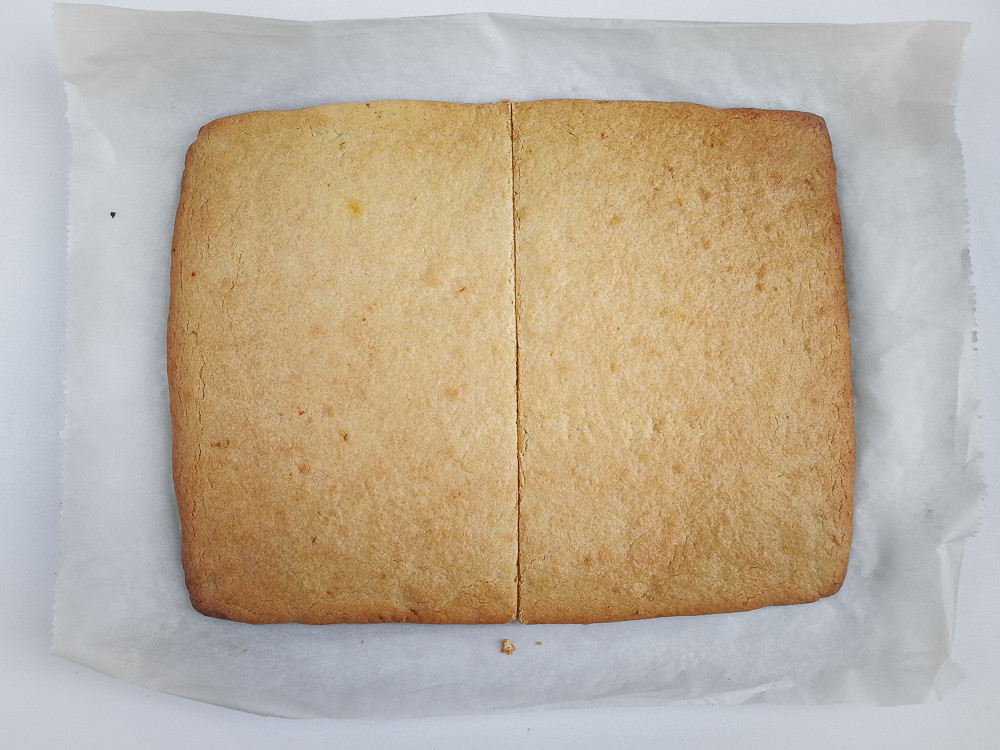 9. Spread the jam on top of one half of the cake. 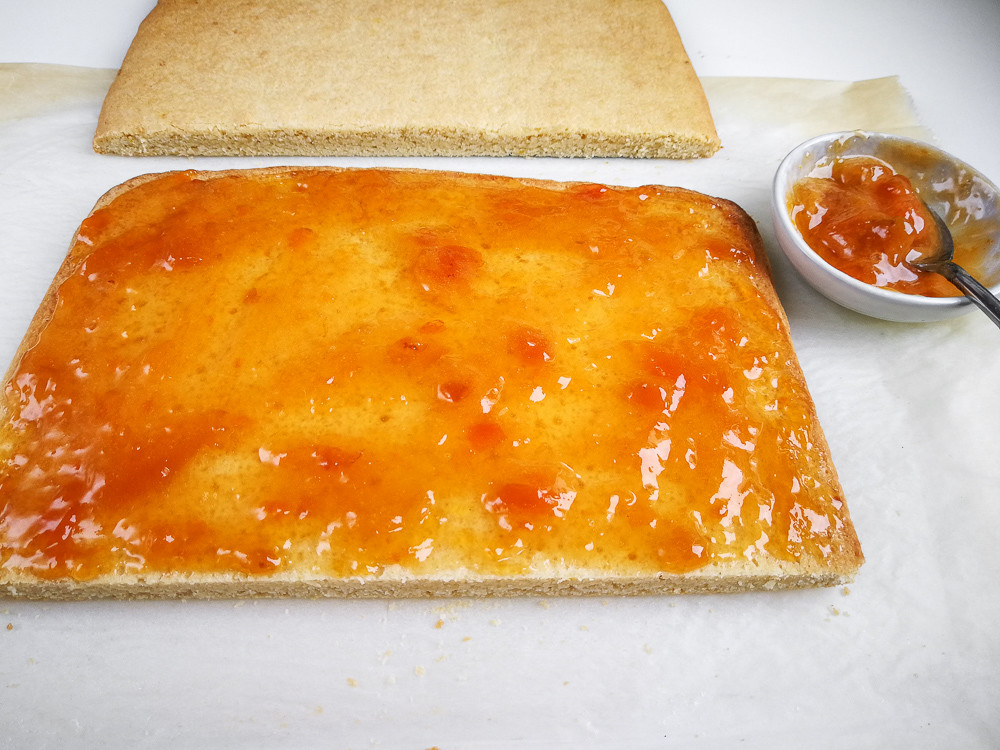 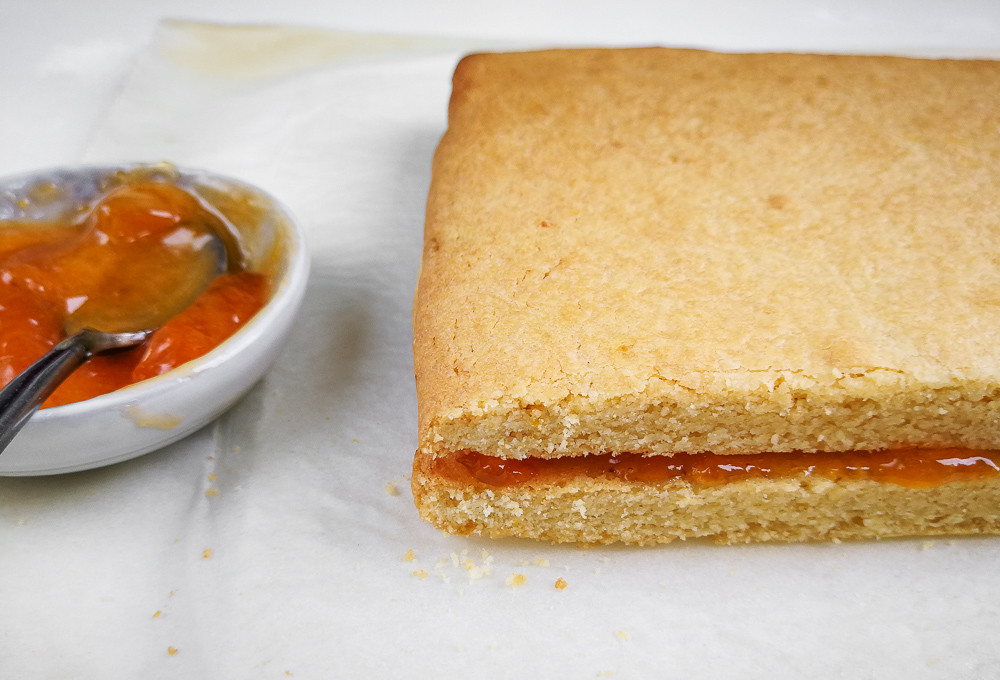 11. Prepare everything you need for the icing: powdered sugar, lemon juice, hot water, cocoa powder, and a plastic bag. 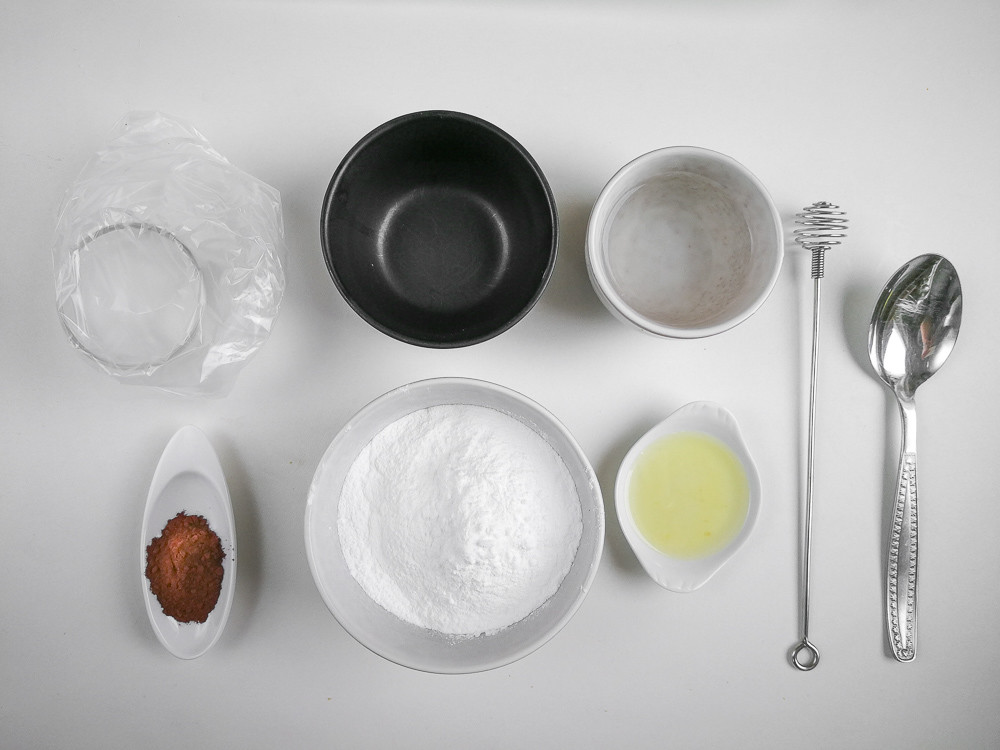 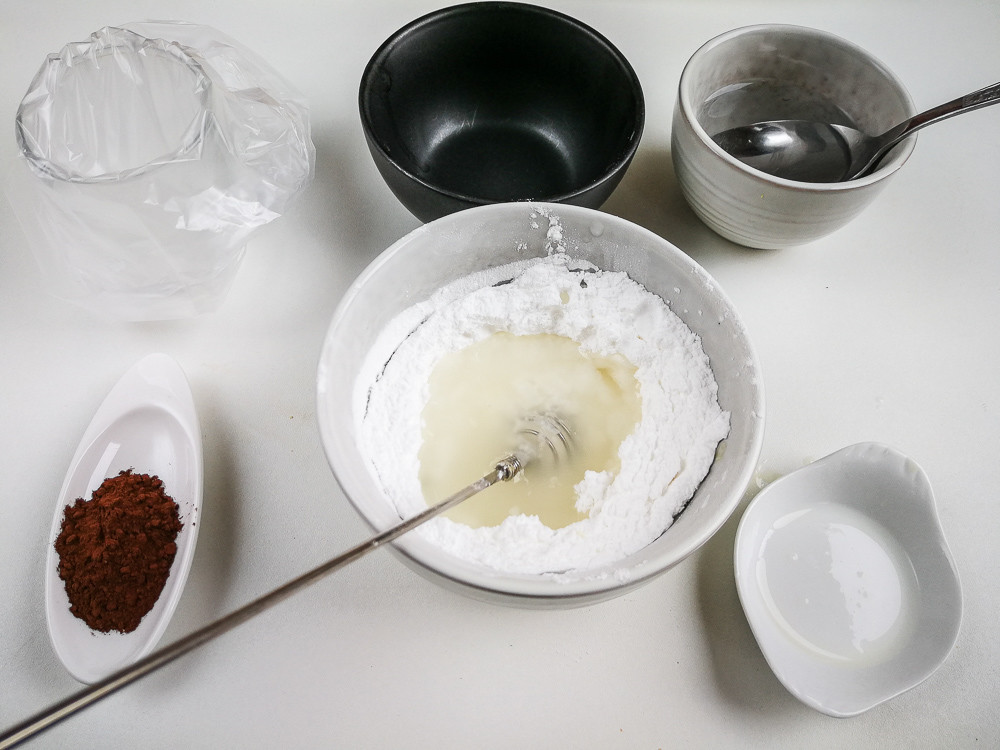 13. Add a little water if necessary. 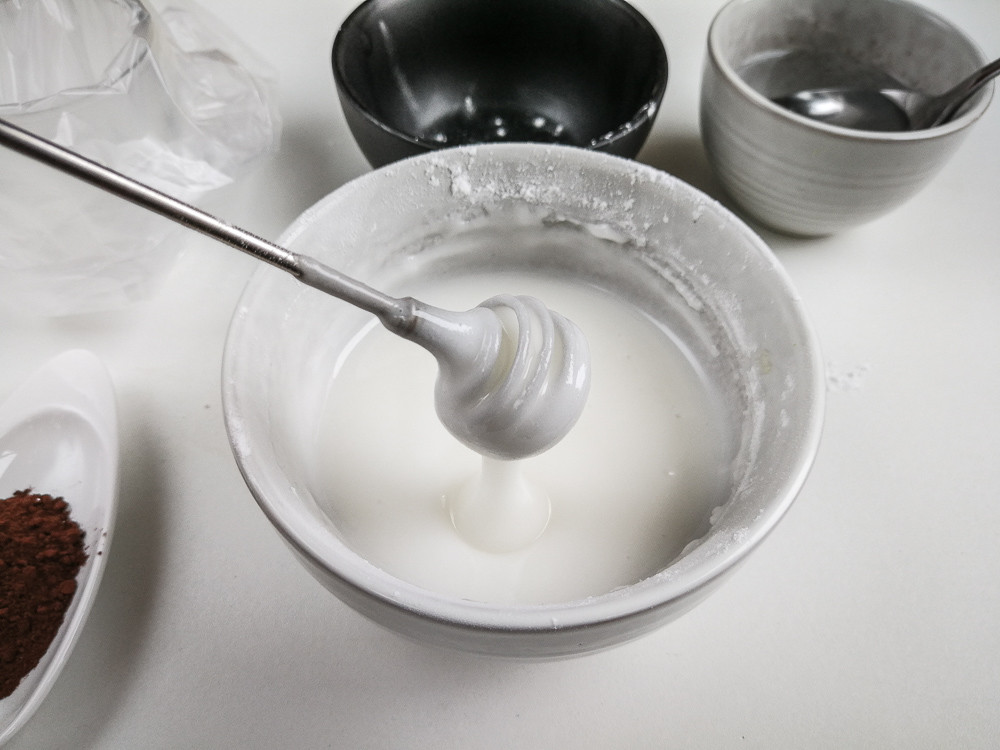 14. Set aside a spoonful of glaze, add cocoa, and mix thoroughly. 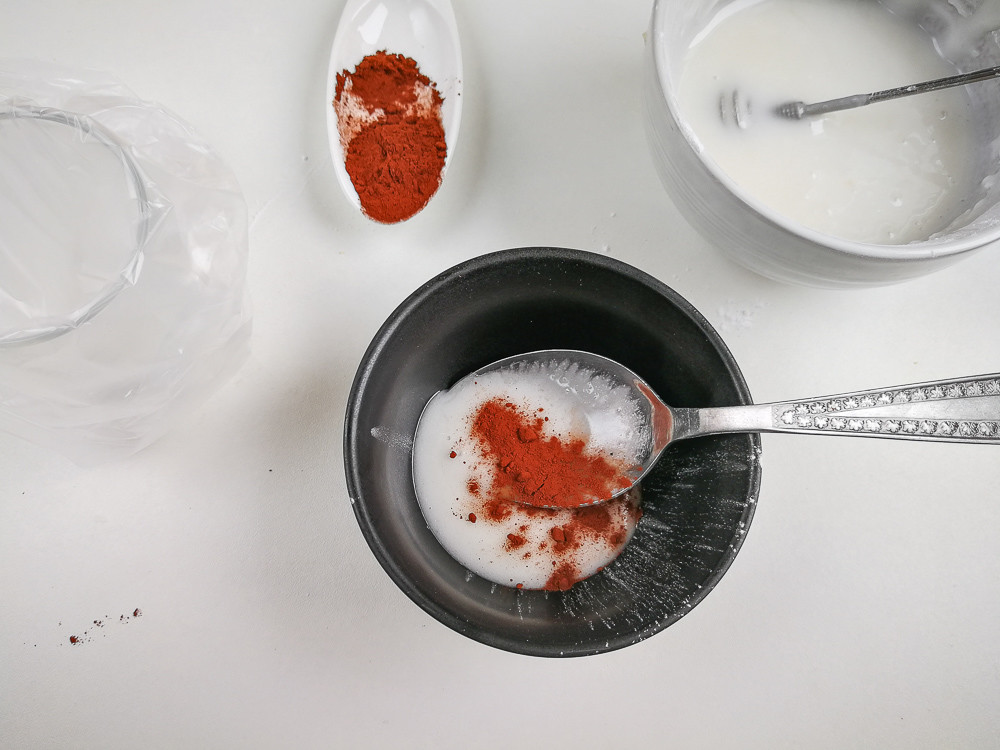 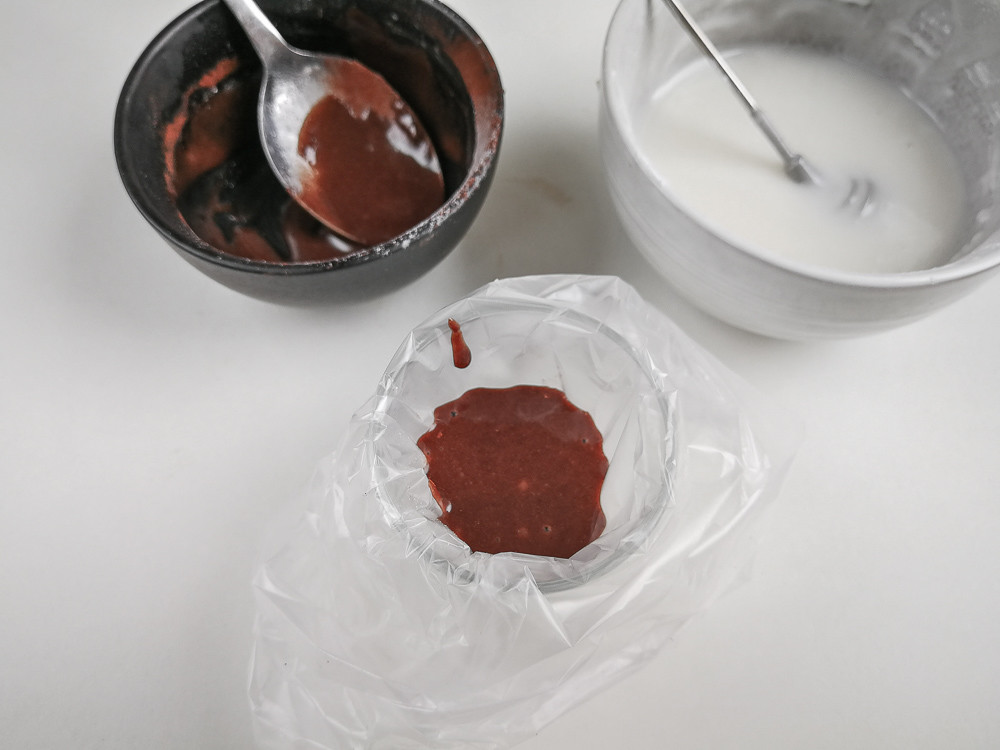 16. Spread the white icing evenly over the surface of the cake. 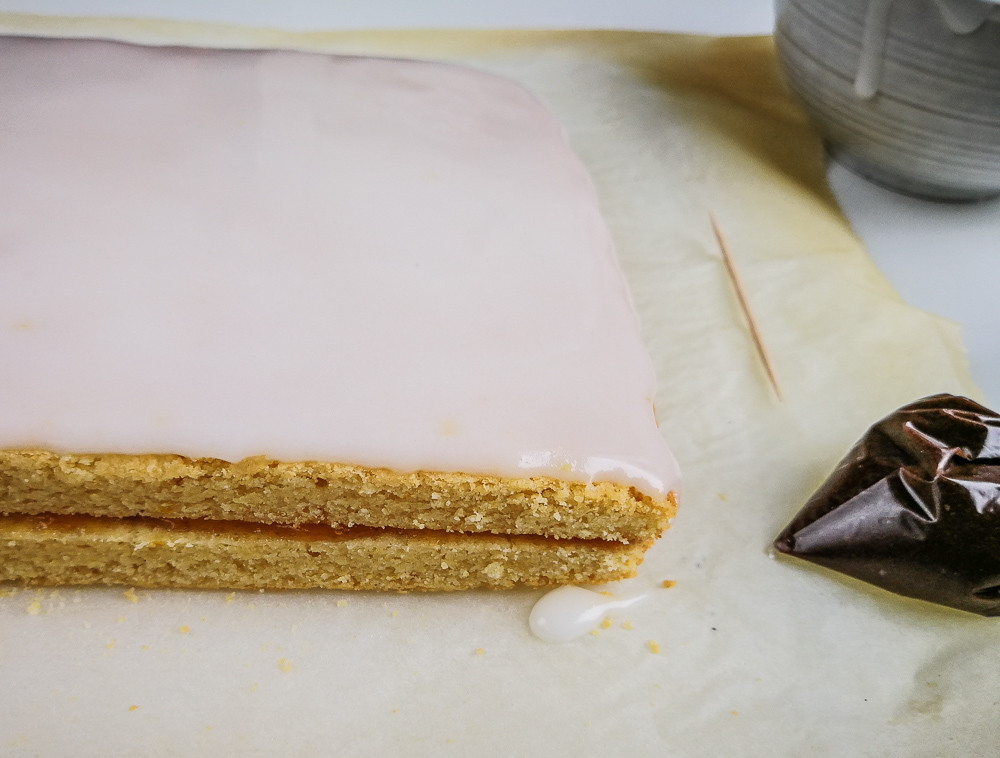 17. Cut the tip of the bag and apply the dark stripes of cocoa icing quickly so that the white icing is not hard yet. Use a toothpick to create a pattern, and let it cool for a couple of hours. 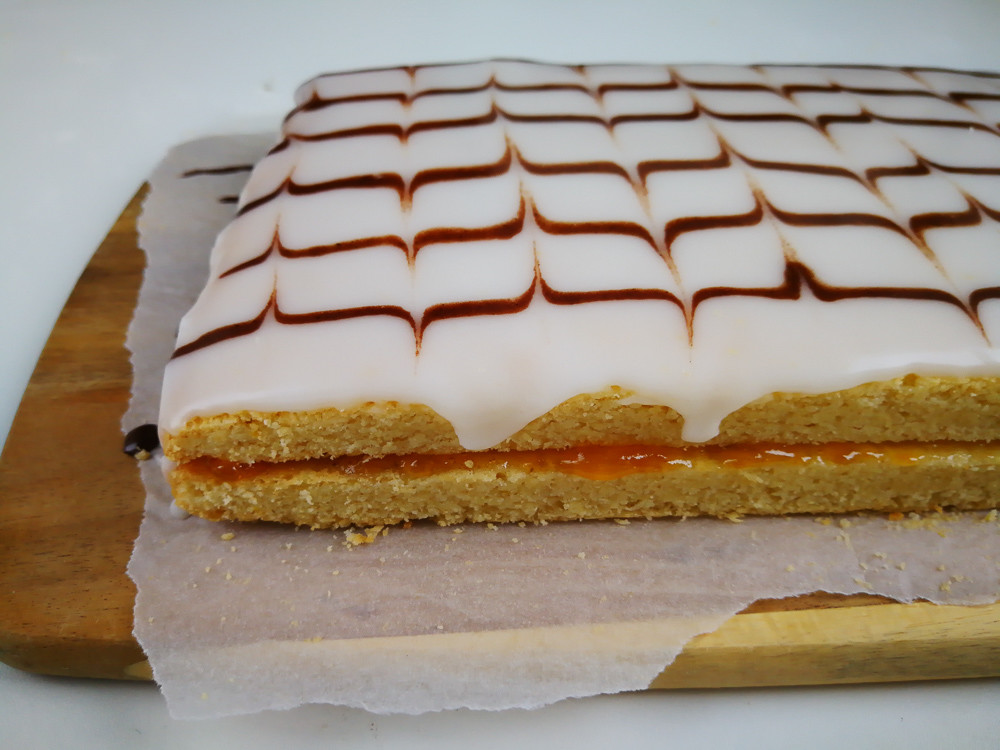 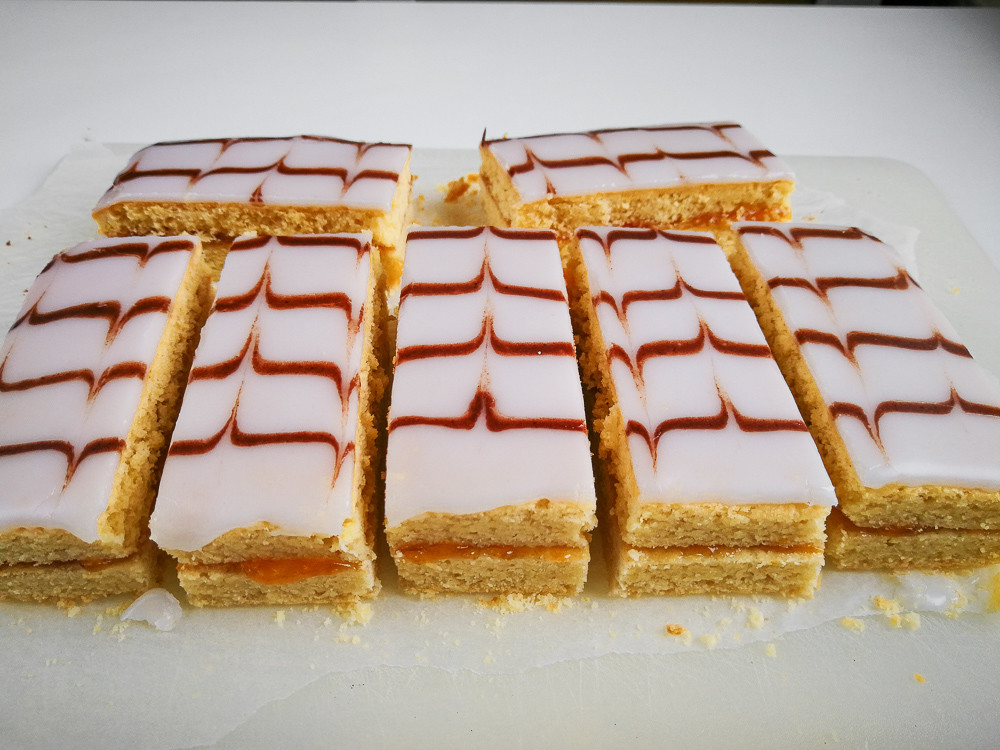 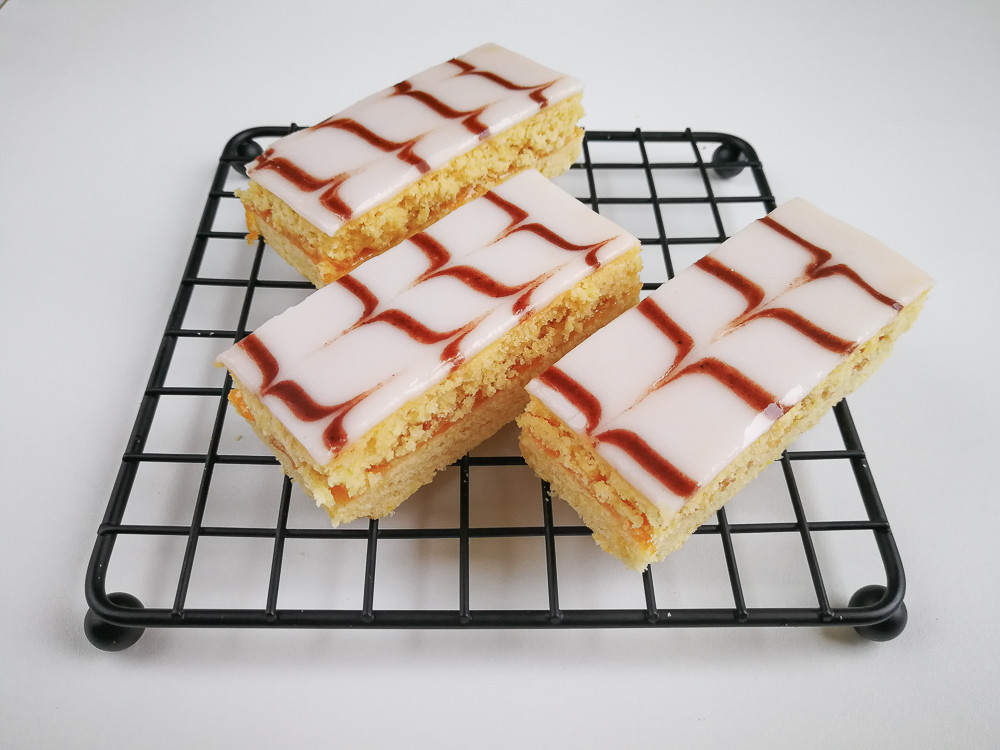