What soft drinks did Soviets have instead of Coke & Pepsi? (PHOTOS) 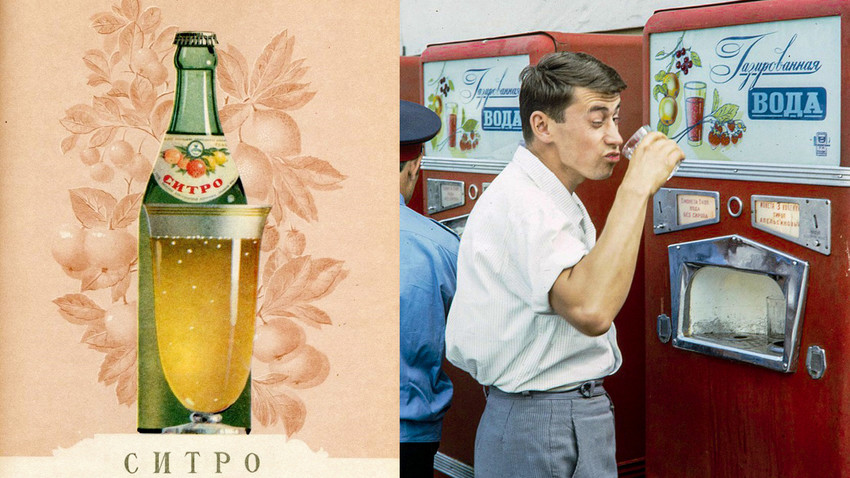 Harrison Fornam/Leonoro Karel/russiainphoto.ru, Archive photo
Soviet brands of lemonade and soft drinks were made with medicinal herbs and natural juice. What did Baikal and Tarkhun taste like?

In Soviet times, you couldn't find Pepsi or Fanta in shops, but with over 500 different kinds of sweet fizzy drinks produced in Russia you definitely had plenty of options. Many of these were based on natural herbs and had a short shelf life. 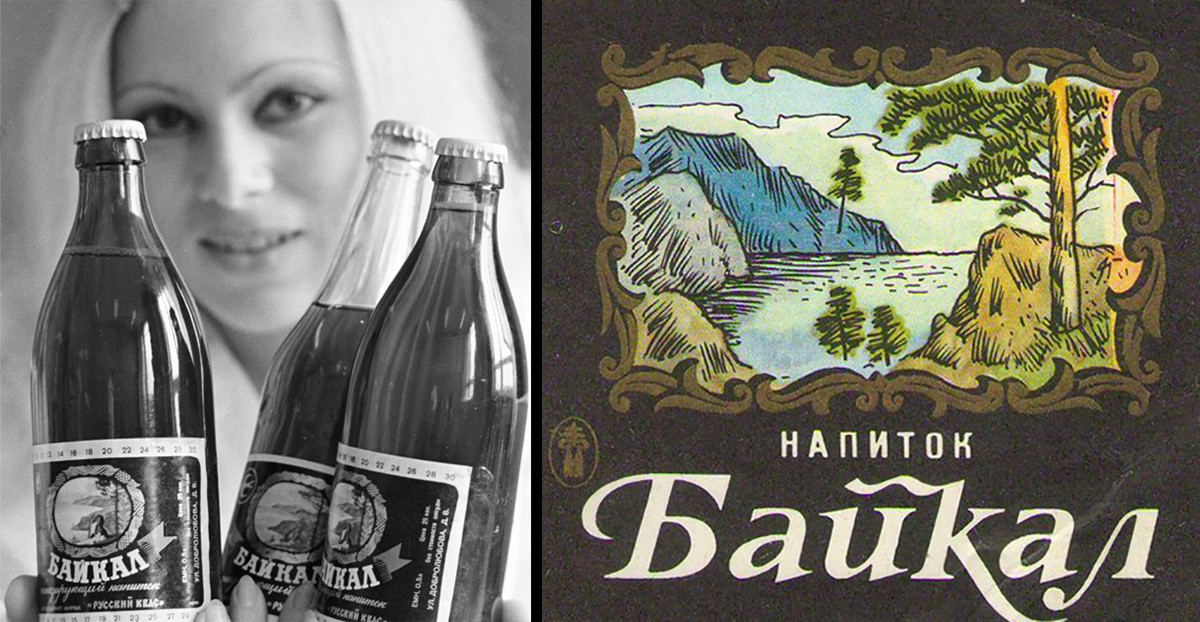 The Baikal soft drink was intended as an alternative to Pepsi but, apart from color, the two beverages had nothing in common. Baikal was developed in Moscow in 1973 and made with St. John's Wort, liquorice root and fir needle oil. Its taste was absolutely unique!  At one point, there even was not enough St. John's Wort for industrial production of the drink, so black tea and later a combination of hawthorn and rowanberry extracts were used as substitutes. Fortunately, these changes didn't affect the drink's taste. 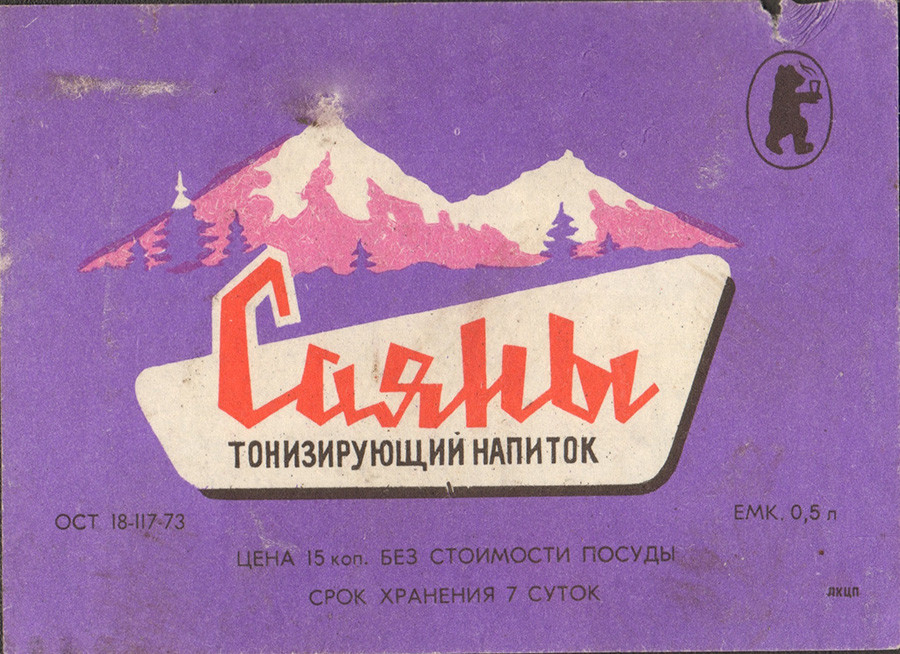 At the heart of this drink, which gets its name from the Sayan Mountains in Siberia, is Leuzea mountain herb extract in a carbonated lemon juice base. Leuzea, also known as maral root, has a tonic effect and gives the drink its golden color and light aroma of fir needles. It was developed in the 1950s and enjoyed as much popularity as Baikal or Tarkhun. 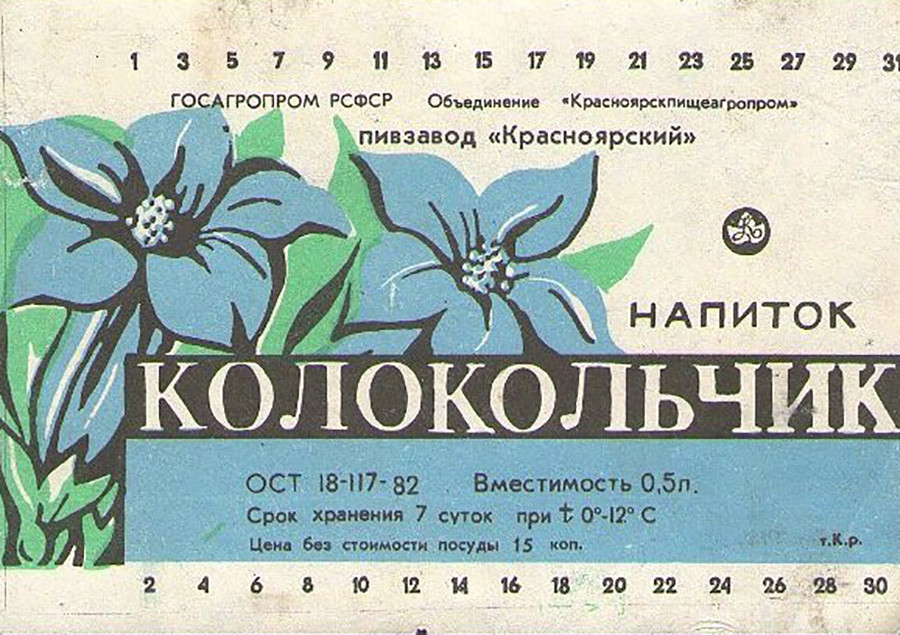 This absolutely clear soft drink was made from extract of bellflower—a plant that was traditionally used in Russia for making honey beverages. The plant's blue flowers look like bells, hence its name. In taste, Kolokolchik is somewhat similar to Sprite but has a more delicate flavor. The name of the drink was translated into local languages in the Soviet republics.

This drink’s recipe was developed back in the 1930s, making it one of the first carbonated drinks in the USSR. Duchess is a sweet and tangy variety of pear. The fizzy drink, made with lemonade and pear infusion, could easily substitute as a dessert. 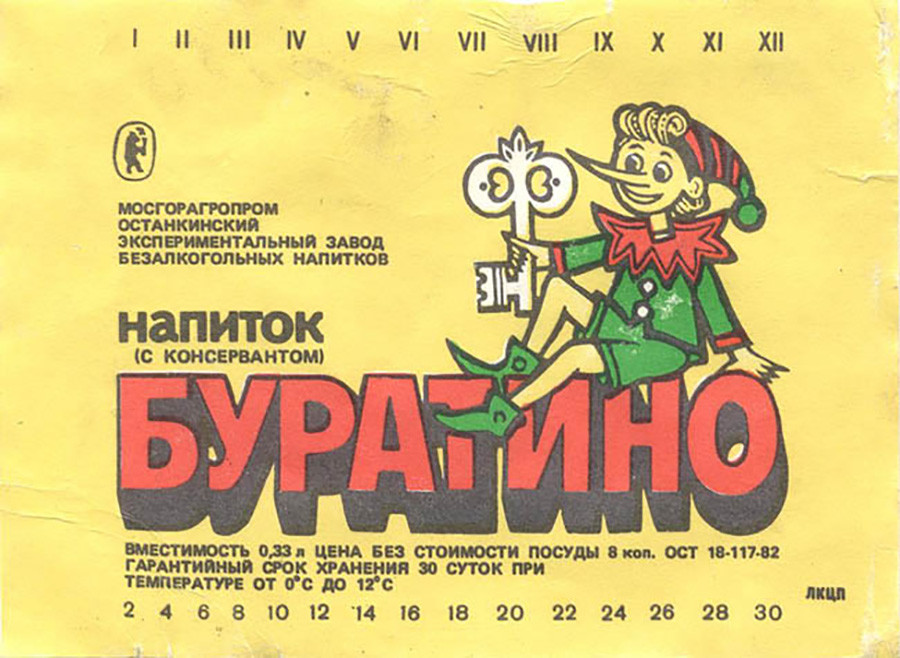 Made from lemonade and orange juice extract, this was one of the most popular soft drinks among Soviet children! Only natural ingredients were used to make it, and so a glass bottle of Buratino would only last a week before it went off. 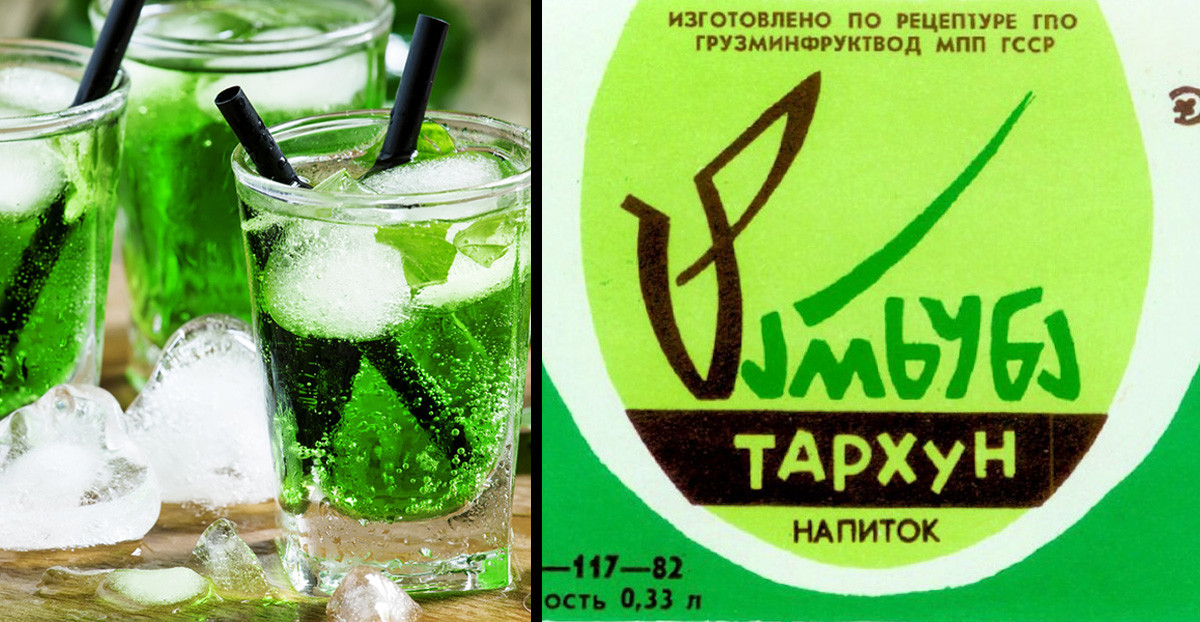 The recipe for this green-colored soft drink based on tarkhun—a variety of tarragon that grows in the Caucasus—first appeared back in 1887 thanks to Mitrofan Lagidze, a pharmacist from Tbilisi. His invention won him medals at international exhibitions, and he was appointed supplier to the Russian Imperial Court. In 1927 during the Soviet period, he became the director of Lagidze Waters, a factory in Tbilisi that produced carbonated drinks. Mass production of Tarkhun only began in 1981, and the drink remains very popular today. 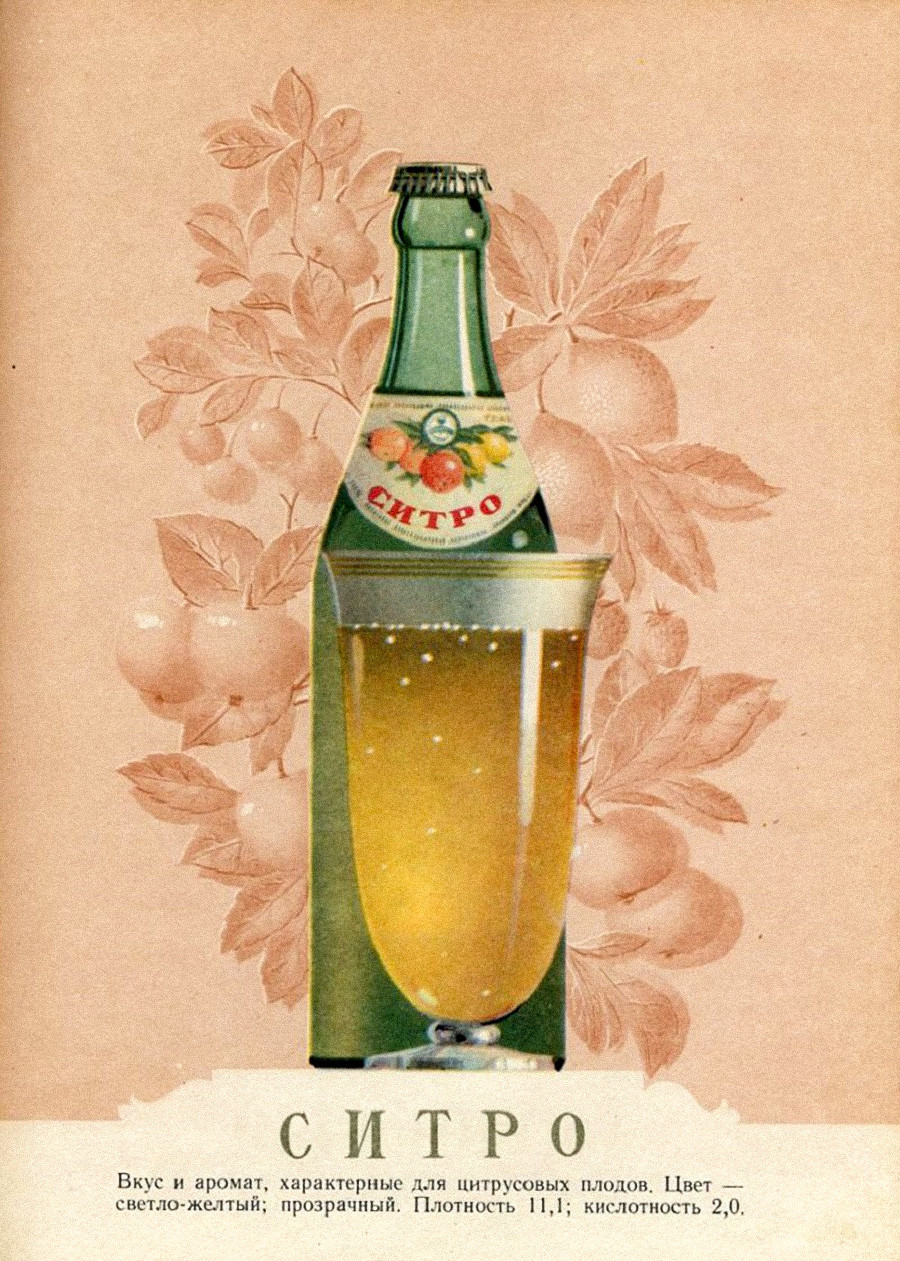 This is a classic lemonade based on infusions of orange, tangerine and lemon, along with traces of vanilla. The name originates from the French word for "lemon." Legend has it that the beverage became known in Russia after the Patriotic War of 1812 when Russian officers tried it in Paris and then brought it home. In the 1960s, it was especially trendy to have a glass in the buffet of the Bolshoi Theater, which was widely thought to serve "authentic" Sitro. 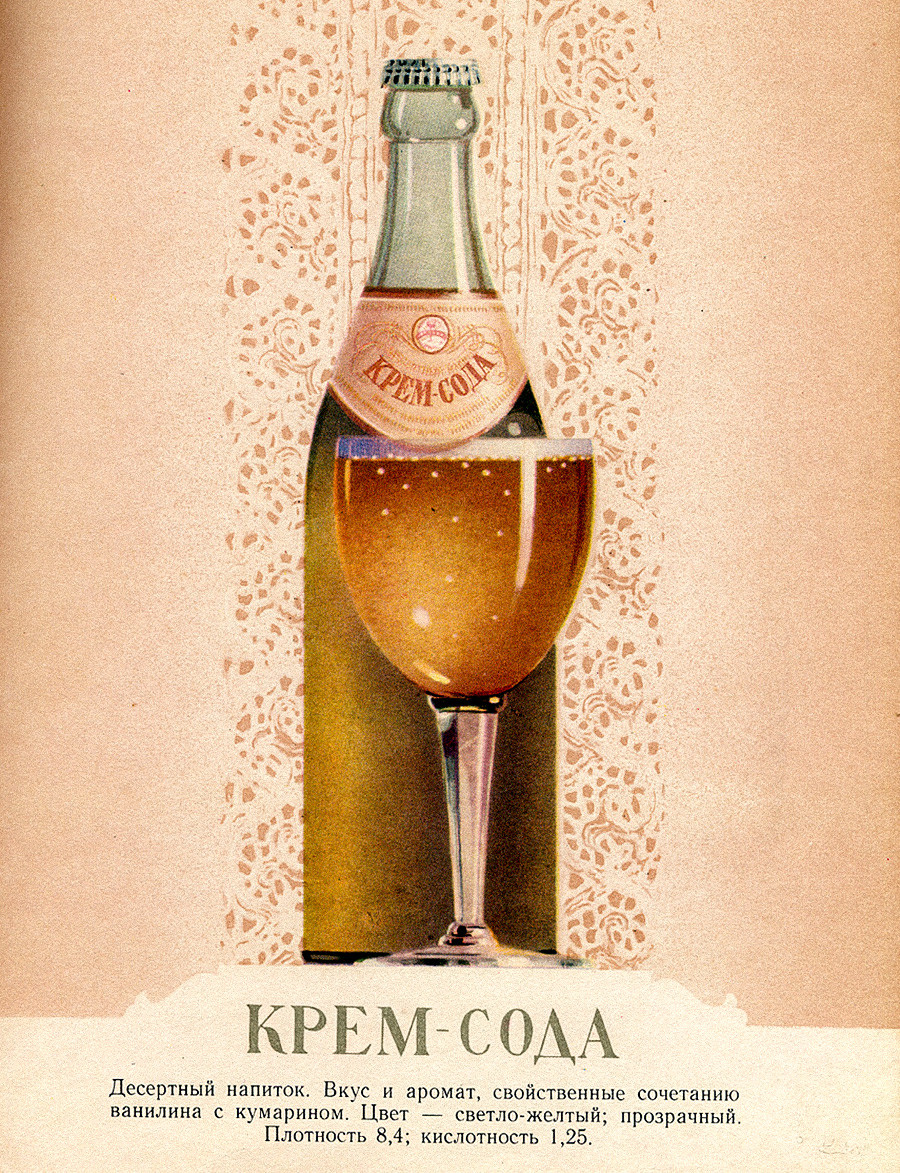 What would happen if you mixed soda and ice cream? That’s right, you’d get Cream Soda! The recipe for this soft drink was initially developed in the United States. At its core was a mixture of beaten eggs and spices. The Soviet version was made using vanilla and coumarin and, as a result, tasted like fizzy ice cream.

9. Lisa i Vinograd [The Fox and the Grapes] 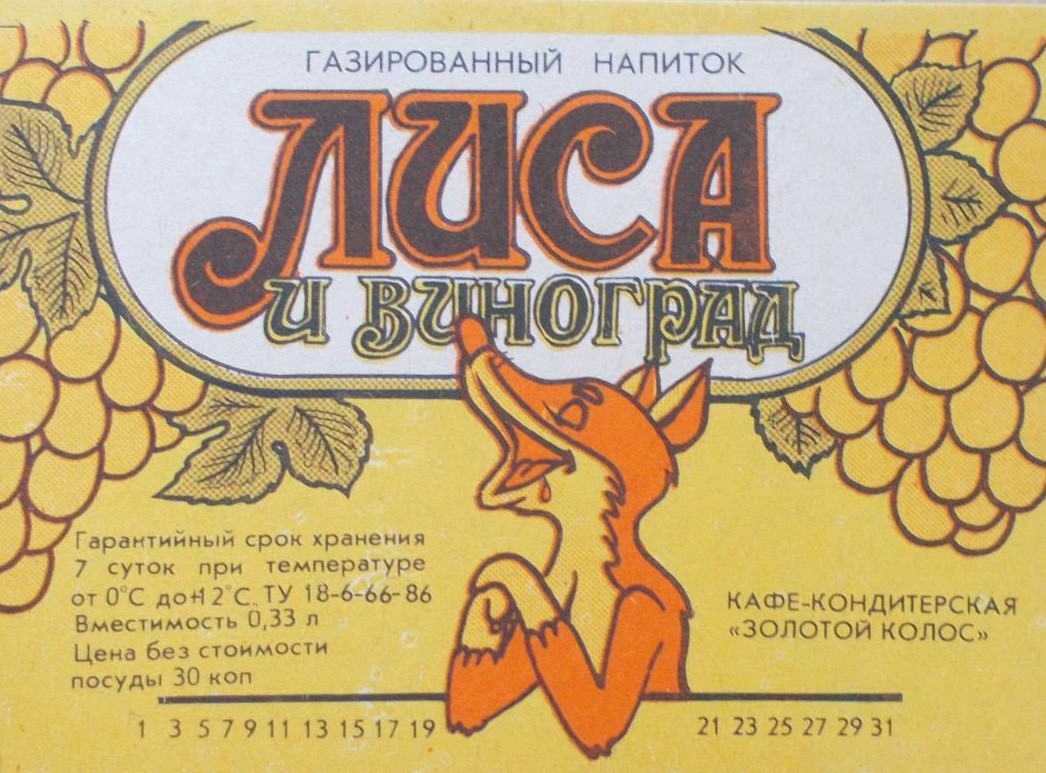 This drink was named after the eponymous fable in which a fox wants very much to eat a bunch of grapes from the vine but just can't reach them. It goes without saying that this carbonated beverage had a grape juice base. Then they added Aronia berry syrup, essential oil of lemon wormwood and iris essence to create its characteristic flavor. 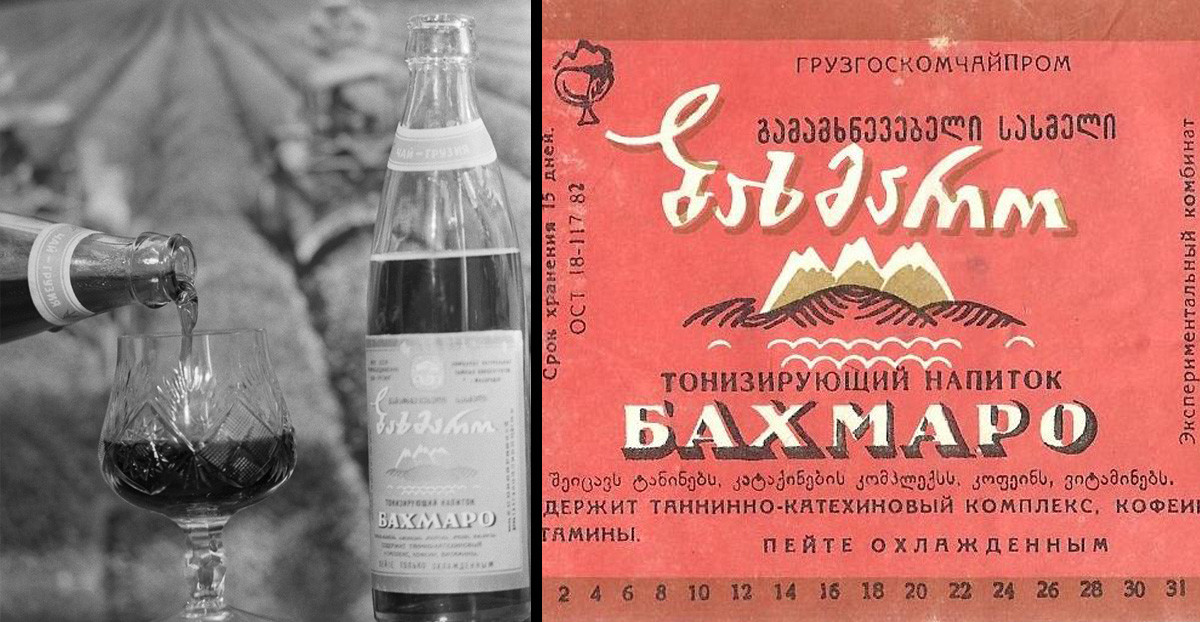 This soft drink, whose name in Georgian means "magnificent," was the first iced tea in the USSR. In the late 1970s, technology for the production of liquid tea concentrates was developed at the Georgian Scientific-Industrial Tea Industry Association, and the Bakhmaro soft drink was born. It had a sour-sweet taste and a pleasant lemon tea aroma.