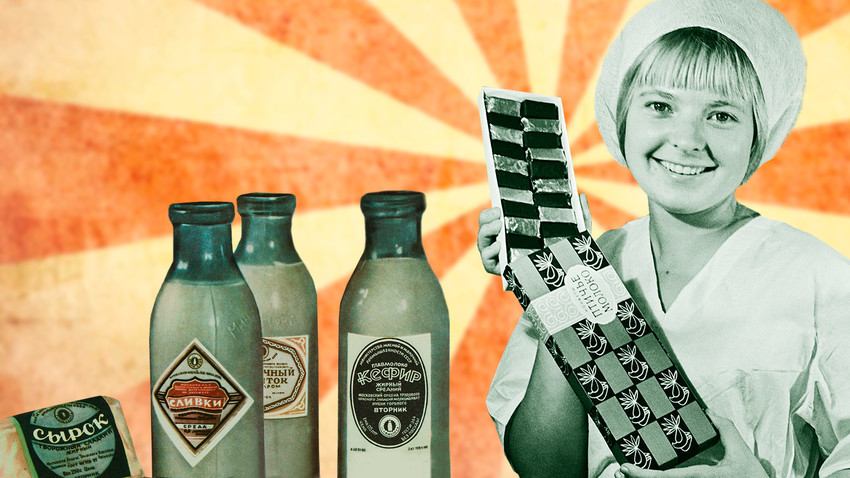 Grigoriy Kalachyan/TASS; Legion Media
Soviet cuisine would mix recipes of many of the ethnic groups living in the country. These ‘brave’ fusions often produced unique foods.

Belorussian draniki [potato pancakes], Siberian pelmeni [dumplings] or shashlik [grilled cubes of meat] from the Caucasus, with a compulsory mayonnaise topping and eaten with bread: These dishes were on the menu in every canteen in the USSR. Soviet cuisine not only incorporated the most nutritious dishes of the country’s ethnic groups, which were also, by and large, easy to prepare, but also created new ones from them. Out of this culinary mix ‘Soviet delicacies’ were born.

1. Baikal - a fizzy soft drink made with medicinal herbs 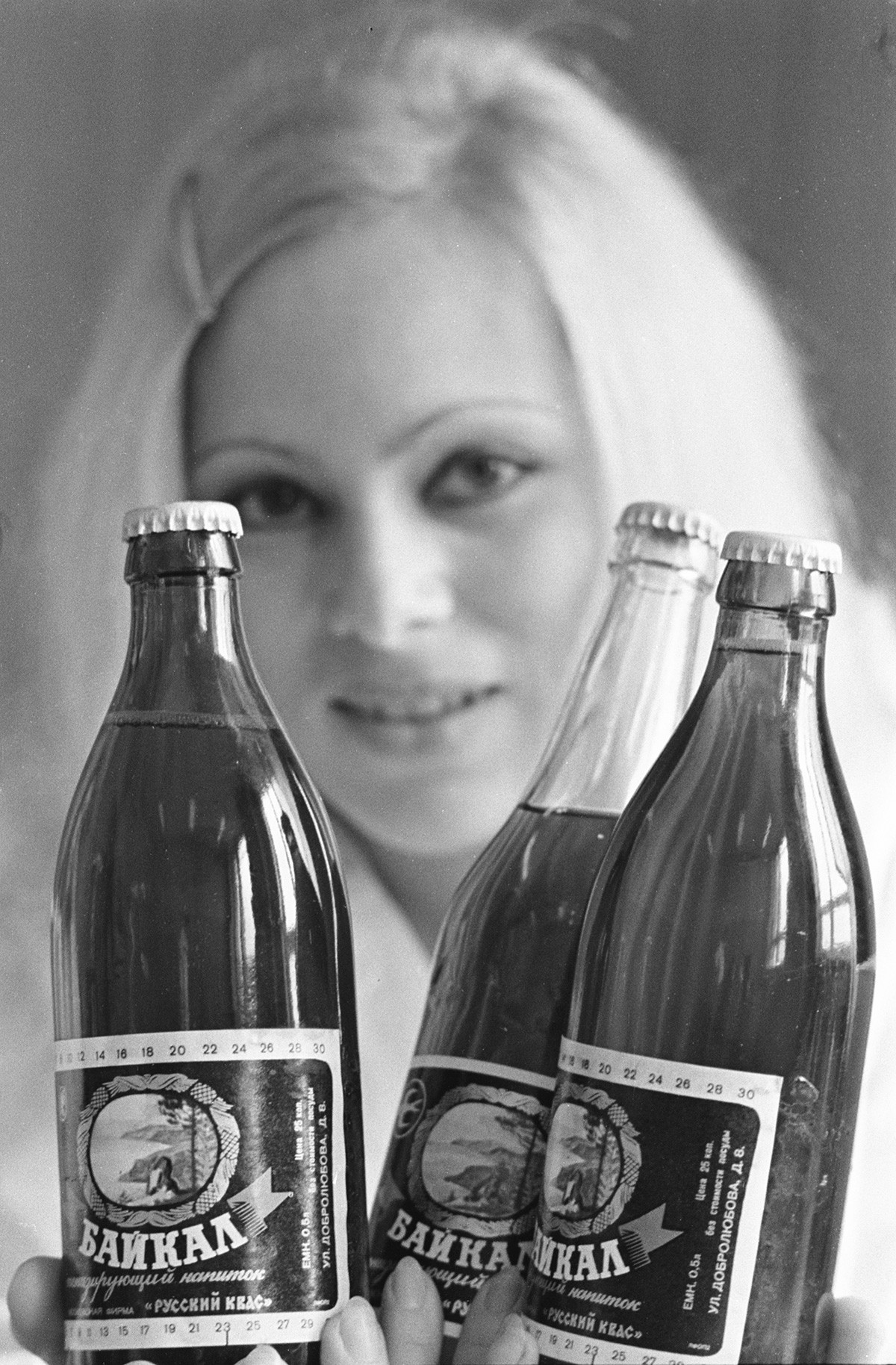 Baikal, invented in 1973, was meant to be the Soviet equivalent of the American Pepsi Cola soft drink. But it was similar to Pepsi only in color and its tonic properties. The inventors of the drink developed an extract based on St. John’s wort, liquorice root and fir needle oil, which gave Baikal a delicate aroma and an incomparable taste. At some point, it transpired that there was not enough St. John’s wort for the industrial production of the beverage, after which it was replaced with black tea, and later, with hawthorn and rowan berry extract. 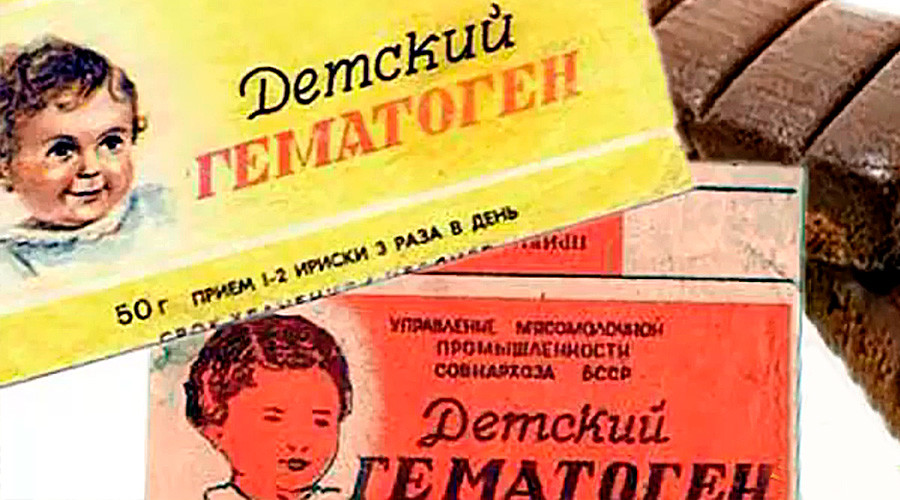 Initially, Hematogen was the name given to a potion made of bovine blood and egg yolk invented in Switzerland at the end of the 19th century. It appeared in Russia in this form and was sold in pharmacies as a medicine for raising hemoglobin (blood) levels. During the Great Patriotic War, Hematogen was given to soldiers to enrich their diet, and at the end of the 1940s, the Soviet Union began to produce it in the form of sweet bars for children. During the years when meat was in short supply, Hematogen was the most readily available way of making up for the lack of iron in one’s diet; furthermore, it was an excellent accompaniment to tea.

3. Doctorskaya - a cooked sausage for the masses 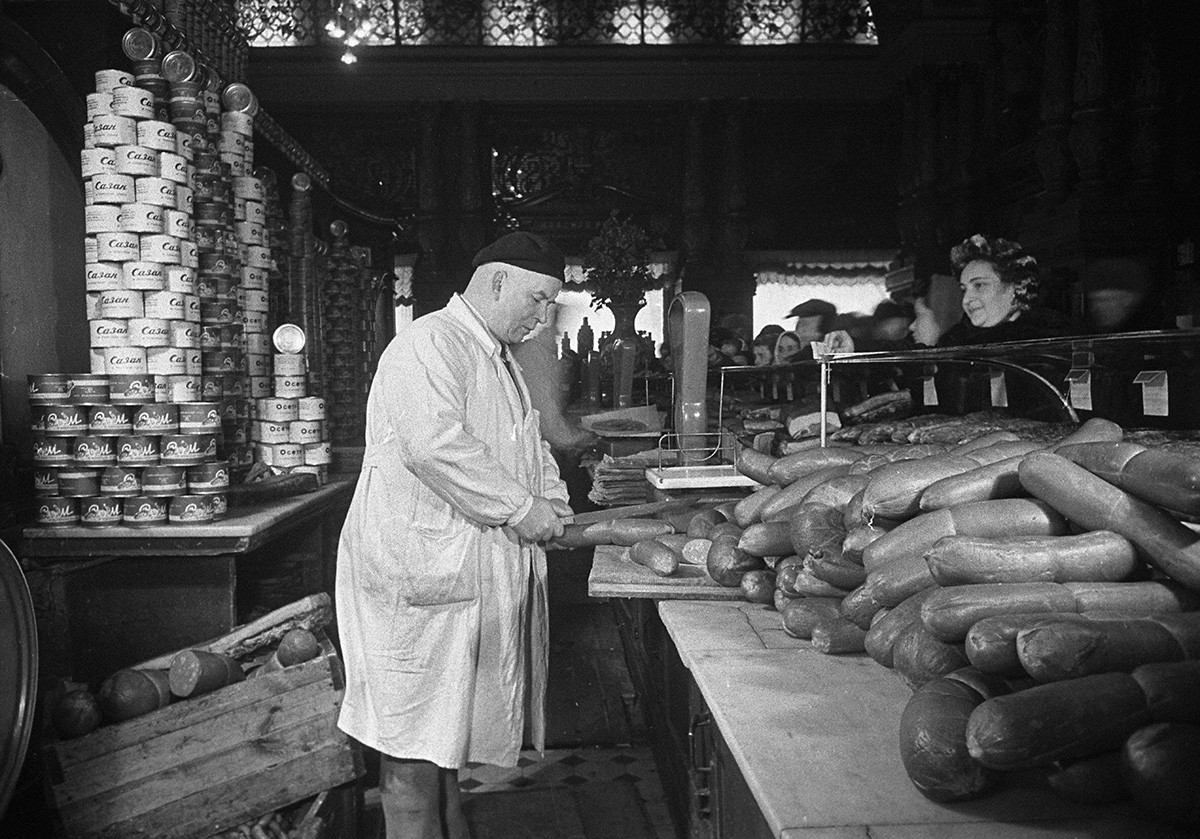 The Soviet people’s favorite cooked sausage appeared in 1936 at the initiative of Anastas Mikoyan, the USSR’s commissioner for the food industry. Those were hungry times, and the country needed an inexpensively-produced meat product to feed everyone. The recipe contained beef, pork, milk, eggs and spices, and even many doctors ‘recommended’ that it should be part of children’s diets. Offal, soya and starch were later added to the sausage, and it still remains popular with Russians - after all, it was the taste of childhood for many! 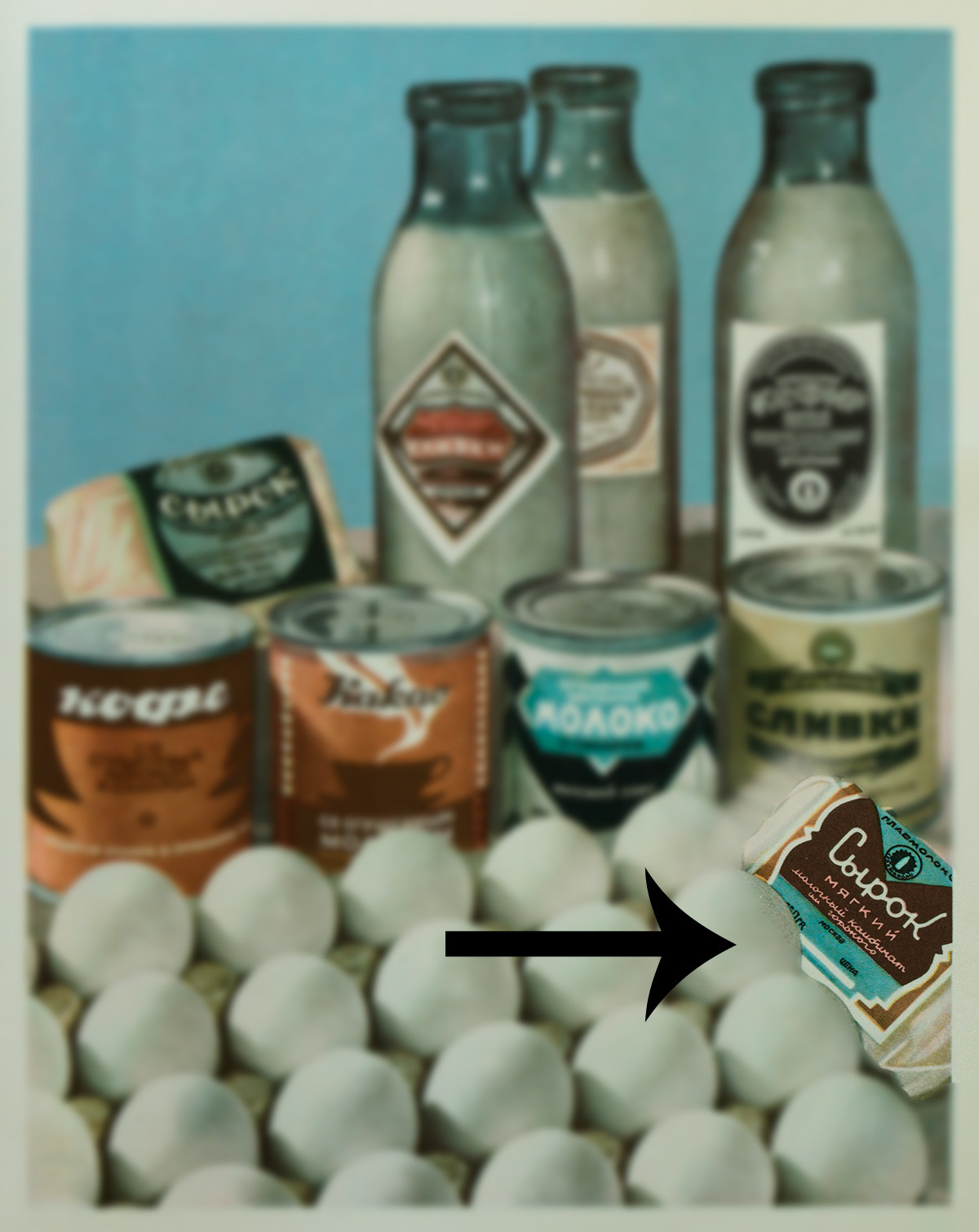 Russians love cottage cheese - they consider it to be healthy and they would give it to children from their early years. It’s not surprising then, that chocolate glazed cottage cheese bars became popular as soon as the USSR began to produce them in the 1930s. Many children were given them disguised as ice cream, to avoid the risk of their catching an unnecessary cold. Initially, the range of flavors was limited - just vanilla and cocoa - but since the collapse of the USSR, a huge variety of cottage cheese bars have appeared, with the most diverse flavors, including berry, nut, caramel and many others. 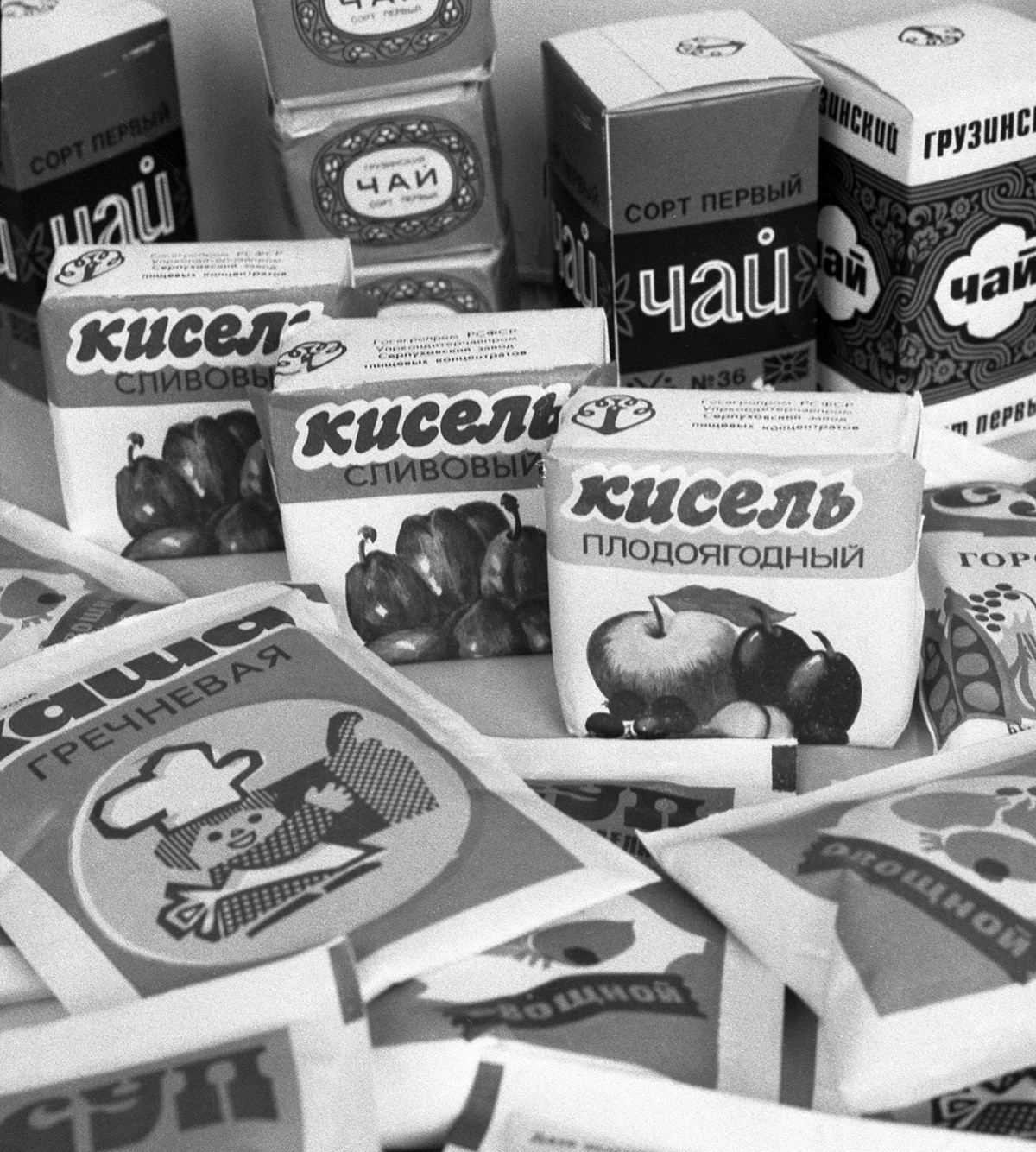 During the Soviet era, the traditional Russian kissel evolved from a main dish into a drink. Moreover, it came in the form of dried blocks. This was done for the needs of the army, but the semi-finished product quickly became popular in canteens, too. Its preparation took just 12 minutes! And the most impatient children simply nibbled on the blocks. Incidentally, they cost even less than ice cream and were never in short supply. 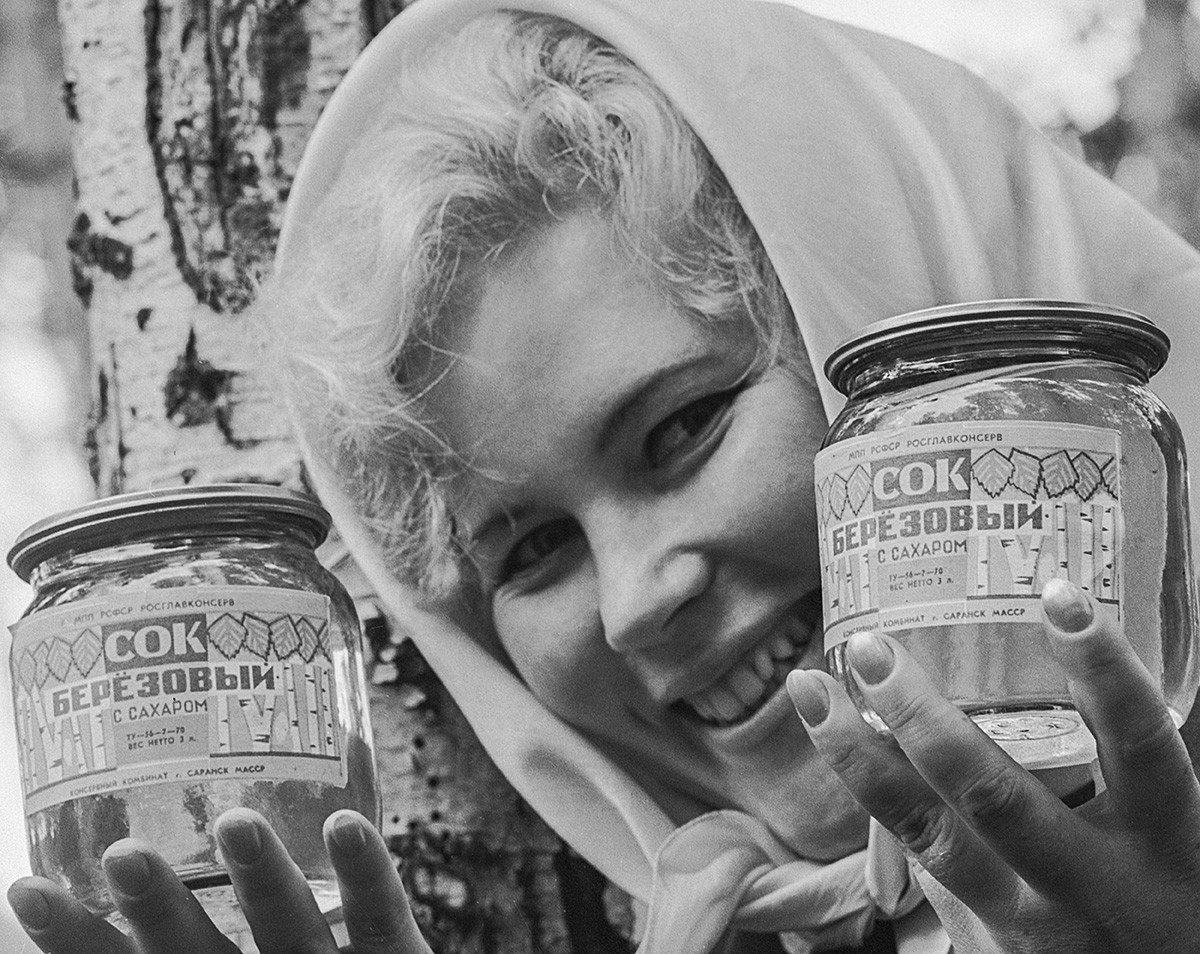 Sap from trees is collected in many countries, but only the USSR embarked on the industrial production of birch juice. Just like blocks of kissel, birch juice was always available in stores, it was cheap and was always natural. 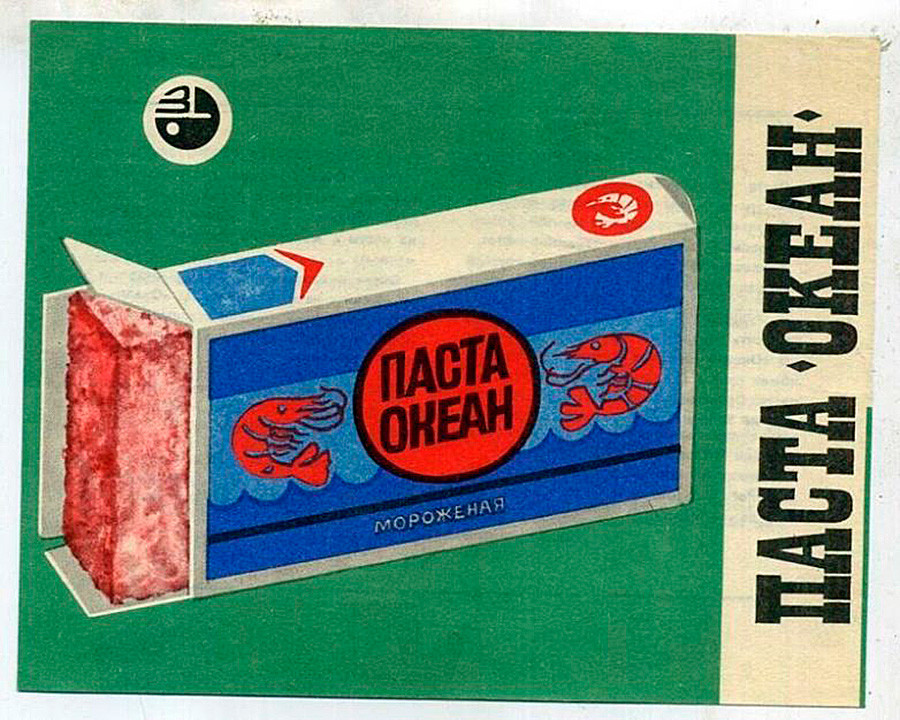 In the 1960s, Soviet ships started actively fishing for krill (small crustaceans) in the Antarctic, and Ocean Paste was the first food product made from it. Until then, krill had only been used for fodder. The first batch was put on sale in 1972. At first, Soviet cooks did not know what to do with it, but then they got a taste for it (partly thanks to large-scale advertising). It began to be used for sauces and sandwich spreads. A similar product - Coral Paste - started being made in Kaliningrad in the 1980s. This had added cottage cheese and cream. 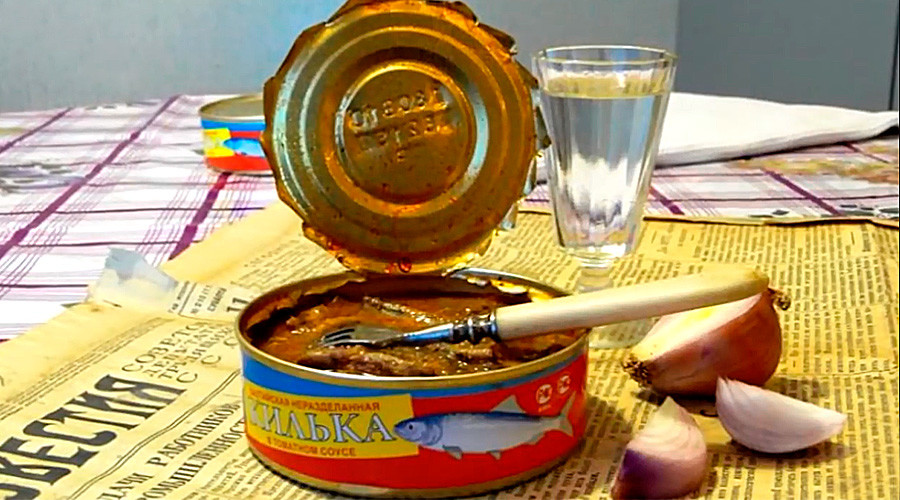 Canned sprats became a real symbol of the Soviet Union! Production started in the mid-1950s. It is said that Khrushchev personally approved the new product, which was first made by the Kerch fish factory, and promised that it would be the most popular of lines. The price was very affordable, so it quickly gained in popularity. Housewives made soups from the sprats, students used them as a staple dish and workers ate them as an accompaniment with strong drinks. 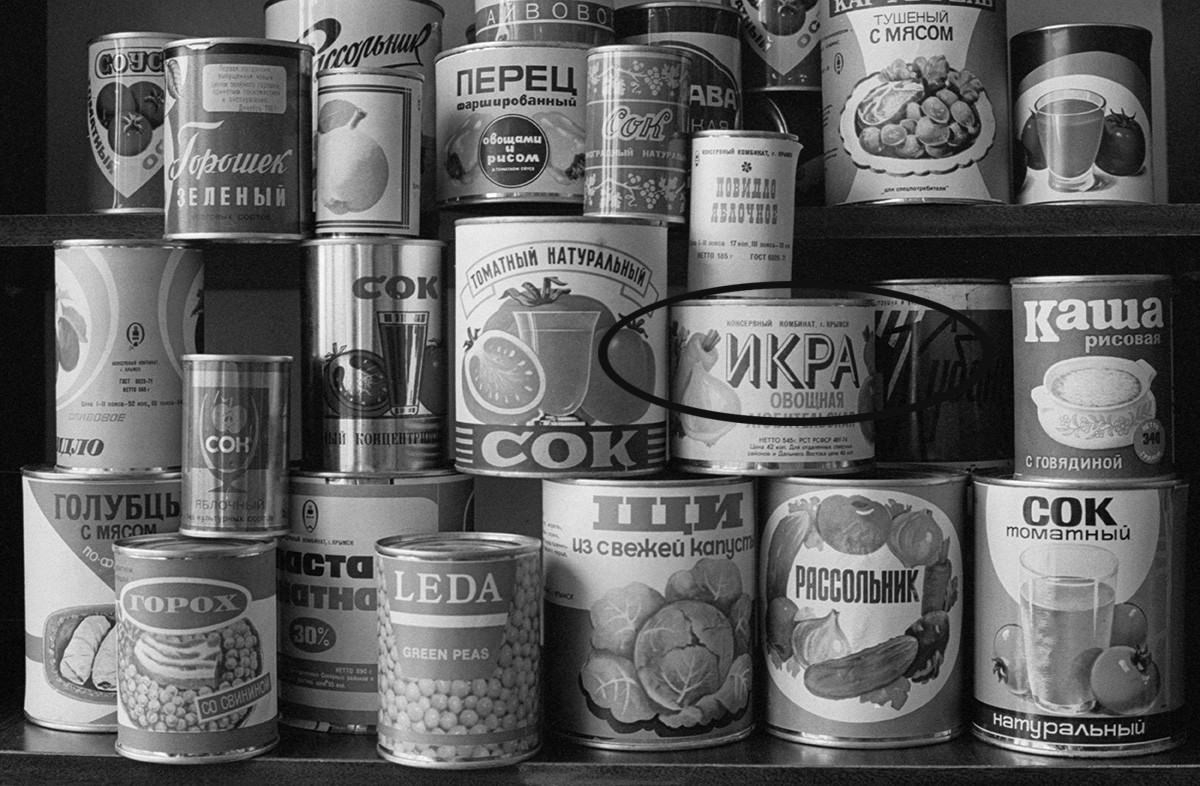 Canned vegetable caviar began to be made at a factory in Dnepropetrovsk in the 1930s. However, in 1933, an outbreak of botulism was registered, in which more than 200 people died. An inquiry concluded that people had been poisoned by marrow caviar made in violation of production standards. The manufacture of the product was suspended until the caviar was reinstated by Khrushchev. His wife had struggled with her weight and preferred vegetable starters, including marrow caviar. He also liked the dish, and ordered that the whole of the Soviet Union be fed on vegetable caviar. 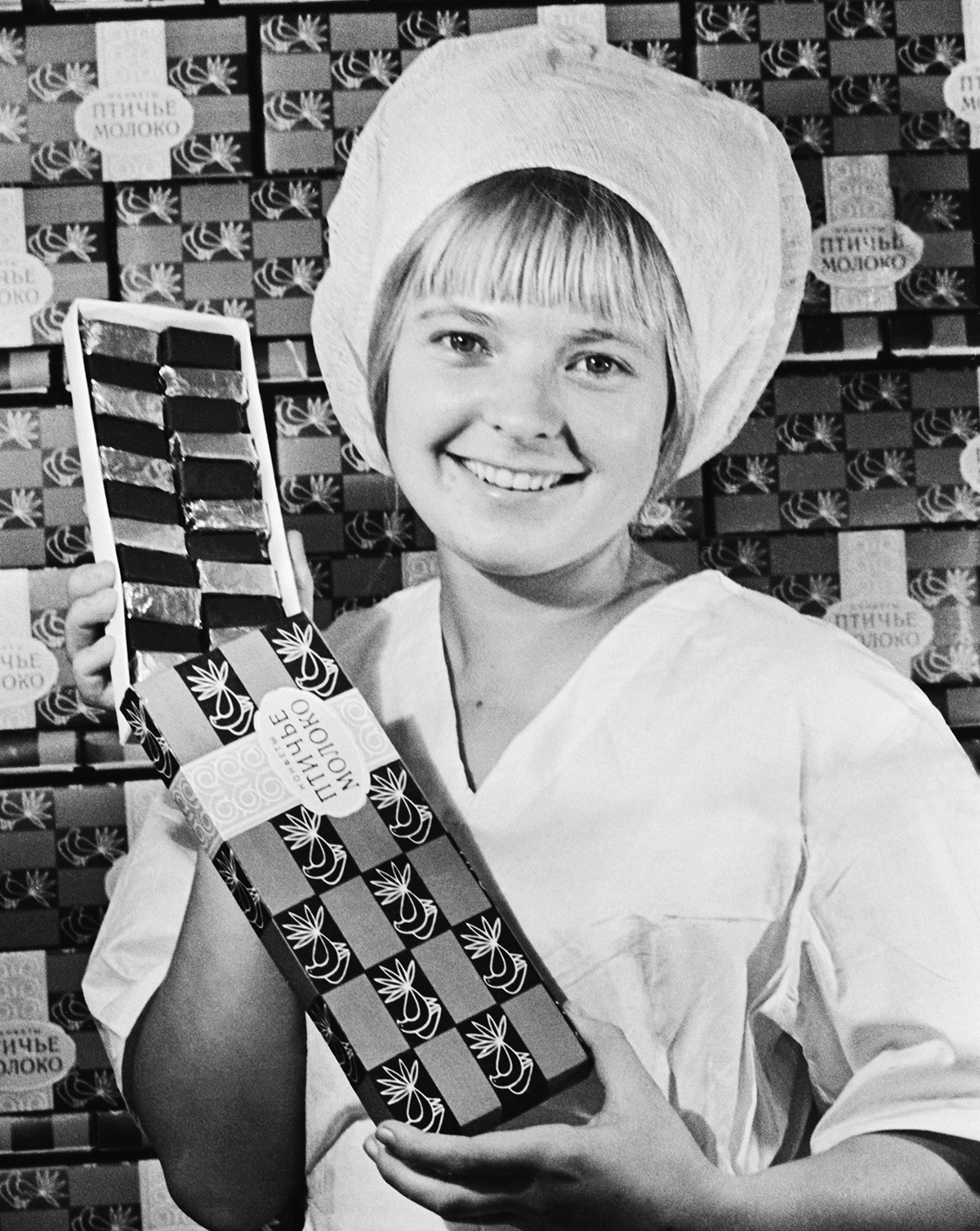 Ptichye Moloko became the best present for any occasion. Food Industry Minister Vasili Zotov first sampled the soufflé chocolates in Czechoslovakia in the 1960s and ordered Russian confectioners to copy the product. Instead of gelatine they used agar agar, a jelly-like substance, obtained from red algae, and the chocolates turned out very tender and flavorsome. The pastry chef at Moscow’s famous Praga restaurant, Vladimir Guralnik, then tried them and used them to invent one of Russia’s most popular cakes, Ptichye Moloko, or ‘Bird’s Milk’.