What exactly do the Russians call ‘julienne’? (RECIPE) 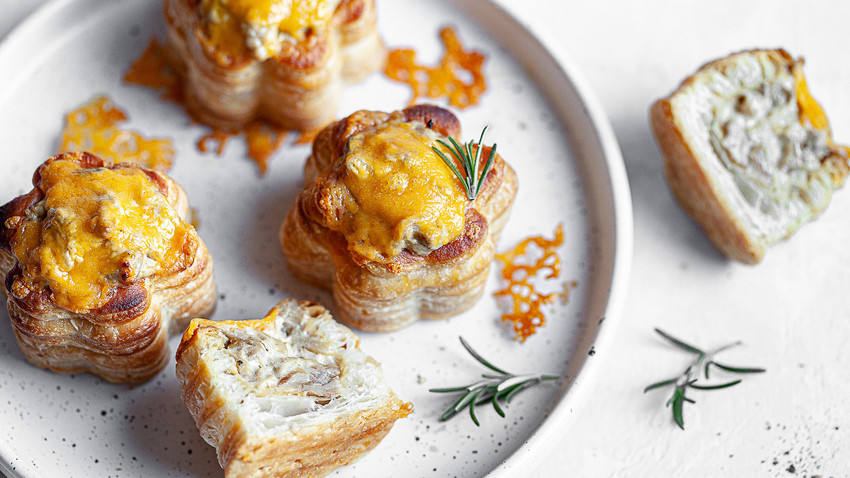 Julienne is now a standard appetizer on the menu of any Russian restaurant around the world.

Yulia Mulino
There was a time when French cultural and gastronomical tastes had a huge influence on Russian civilization, especially in food and fine dining. As far as “julienne” is concerned, however, only the word was borrowed and not the recipe itself. Let’s see how to cook this dish that’s worth being compared with the best in European culinary traditions.

The whole world knows julienne as the way to chop vegetables in thin slices. It’s said that in early 20th century Russia a sumptuous dish appeared that consisted of mushrooms and cream, and it somehow inherited the julienne name. In fact, the ingredients are cut à lajulienne. However, it took too much space to write "mushrooms à la julienne" on the menu. Moreover, restaurant owners found this French word more attractive for their guests. If you ask a Russian what julienne is, then most likely you will hear that it’s a warm, mushroom-based starter. 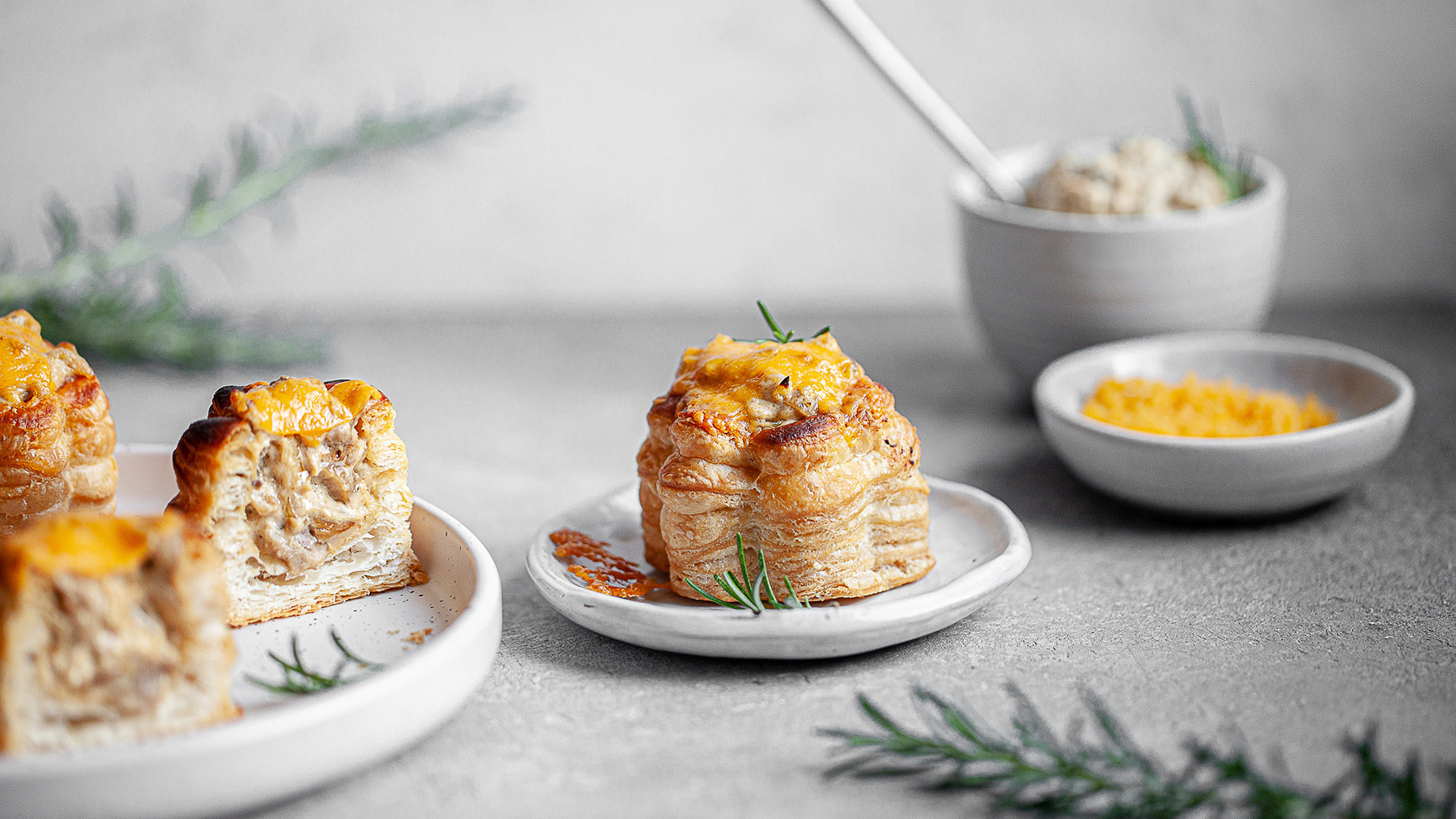 A few words about the porcini. They are considered to be noble mushrooms due to their wonderful taste and nutritional qualities. Following our family tradition, I used to collect porcini in the forest when I lived in Russia. While they aren’t so common in Europe, they are available in supermarkets. Why porcini? They give a special soft texture to the julienne that goes nicely with a crunchy cheese crust. In Russia, julienne is usually served in small aluminum ramekins, but we’ll cook it in puff cups that can be found in any store. 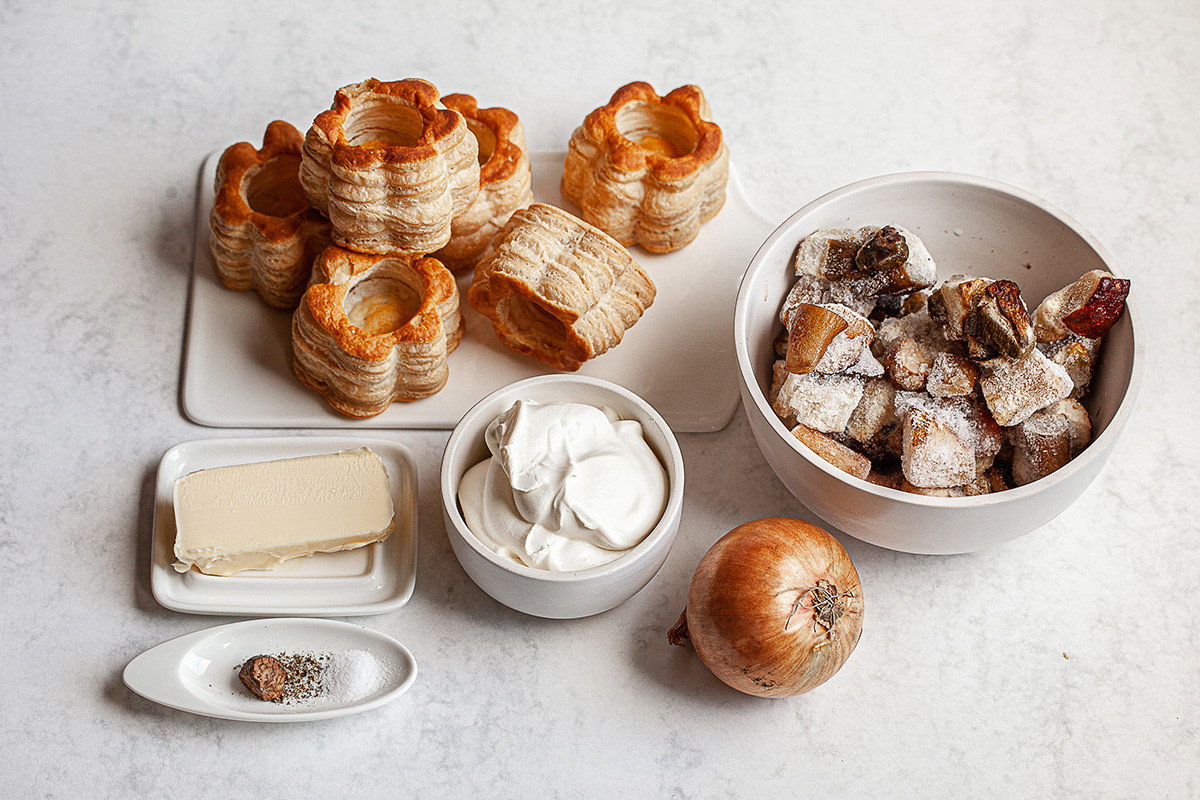 1. Cut the onion à la julienne and fry it in butter until soft. 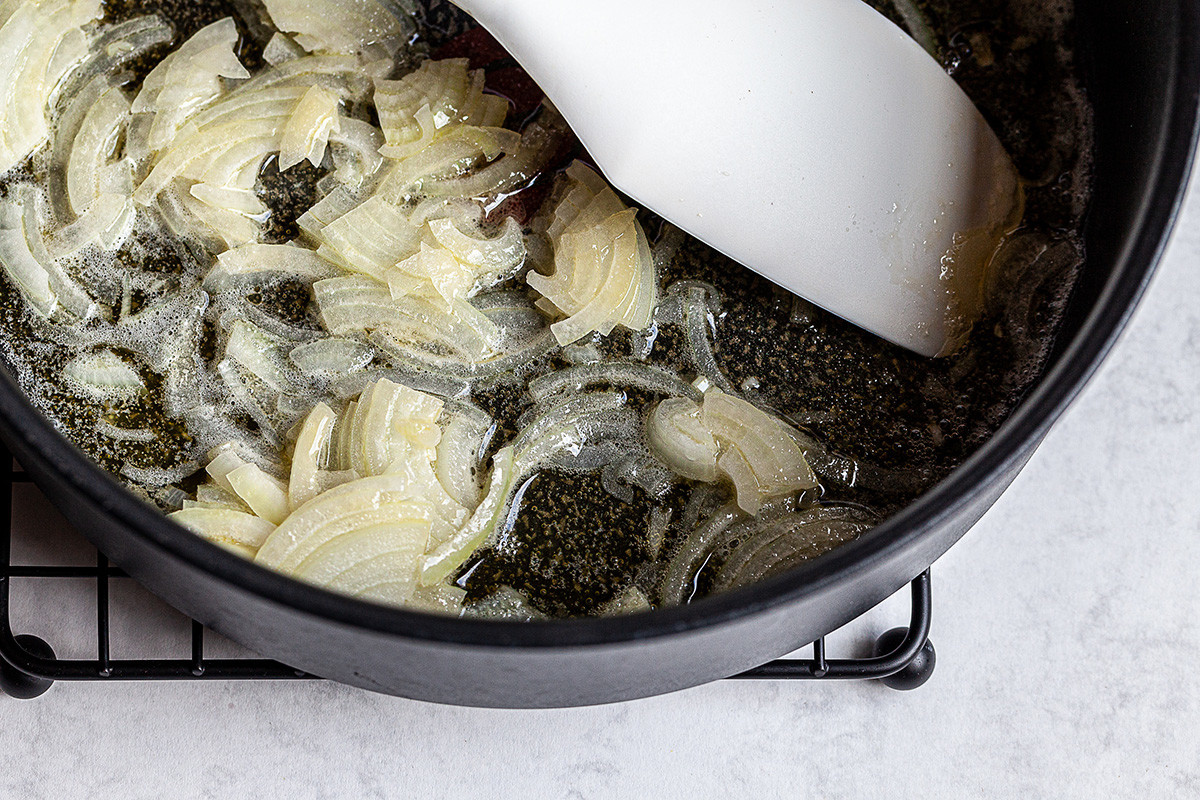 2. Rinse frozen mushrooms with hot water, cut in thin pieces and add to the onions. 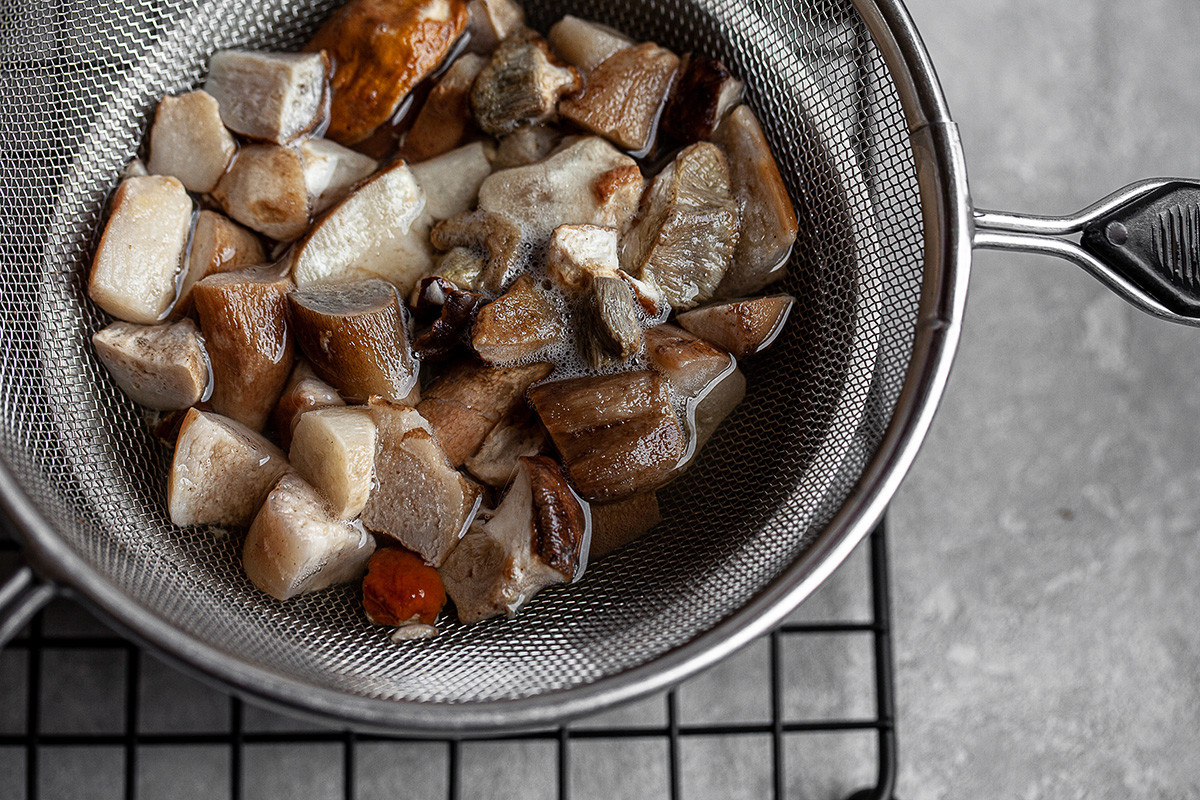 3. Add sour cream and stew mushrooms for about 20 minutes. Add salt, pepper and nutmeg and take off the burner. 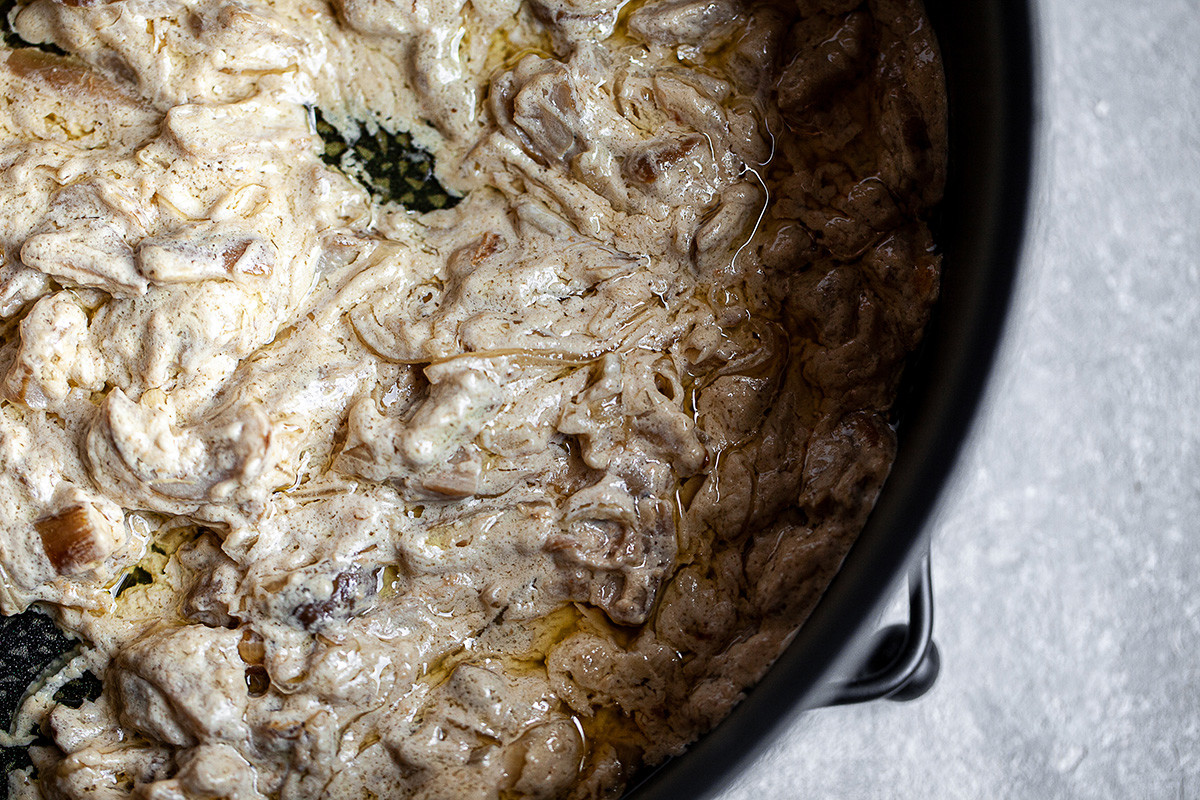 4. Warm the oven to 200°C. Fill the puff pastry cups with the mushroom sauce, cover with cheese and put in the oven on the upper level. 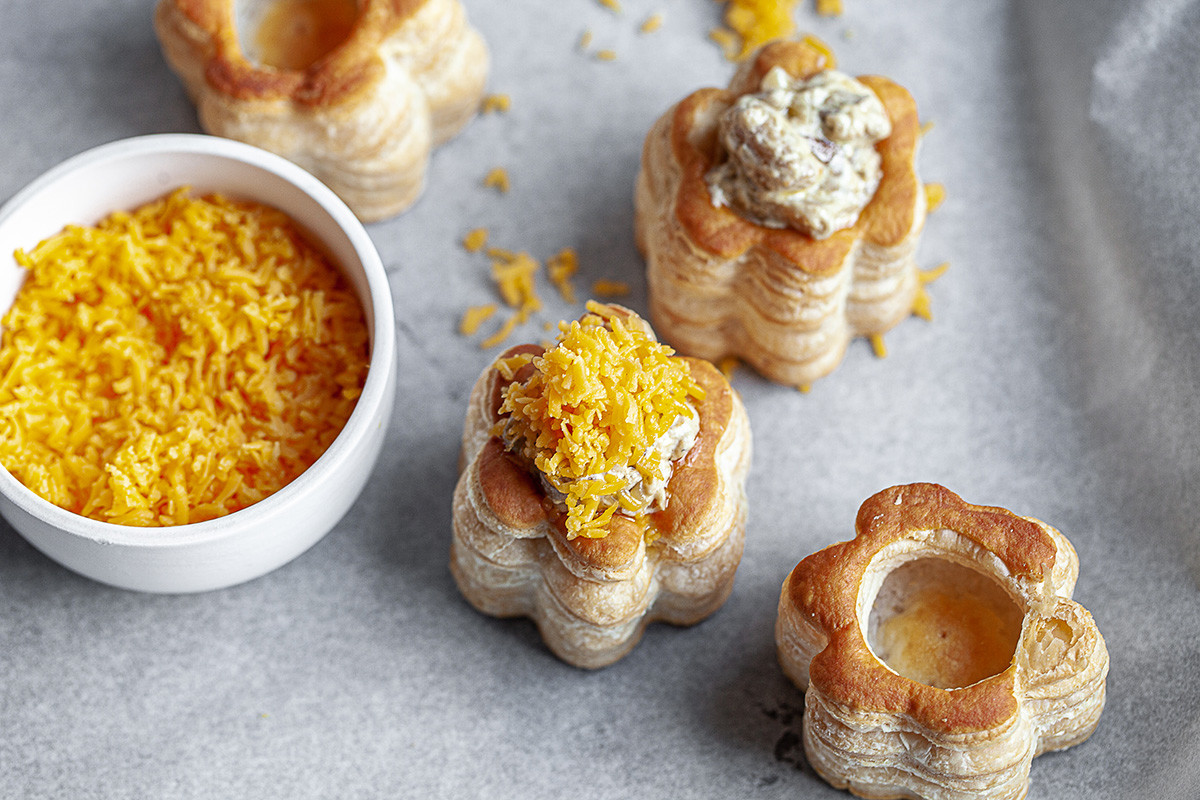 5. When the tops of the cups are nicely golden, take them out. 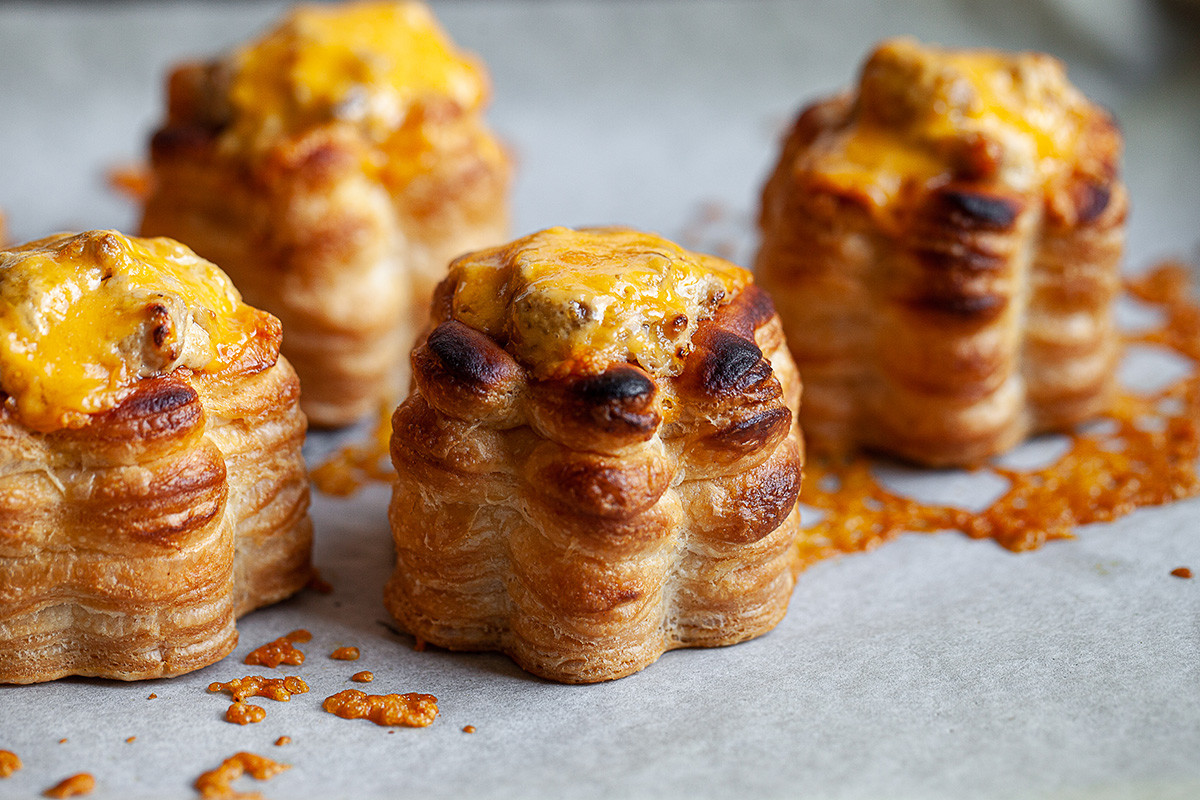 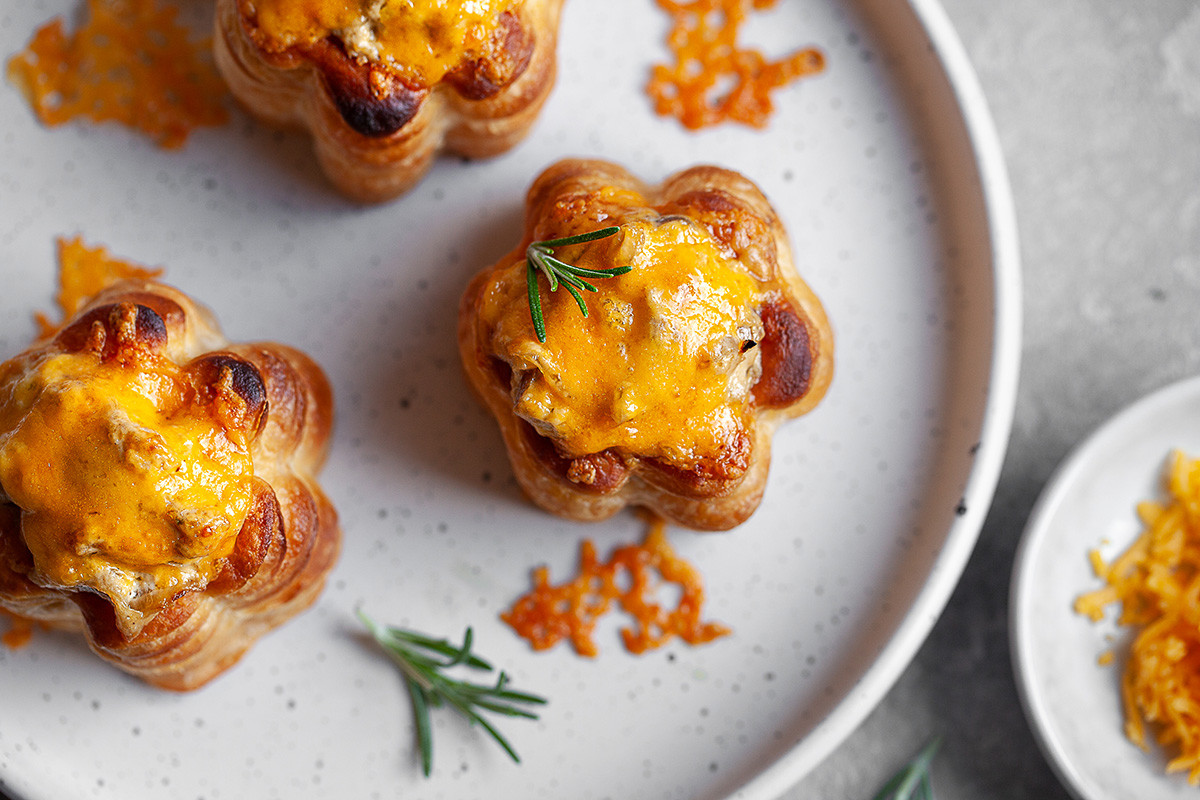 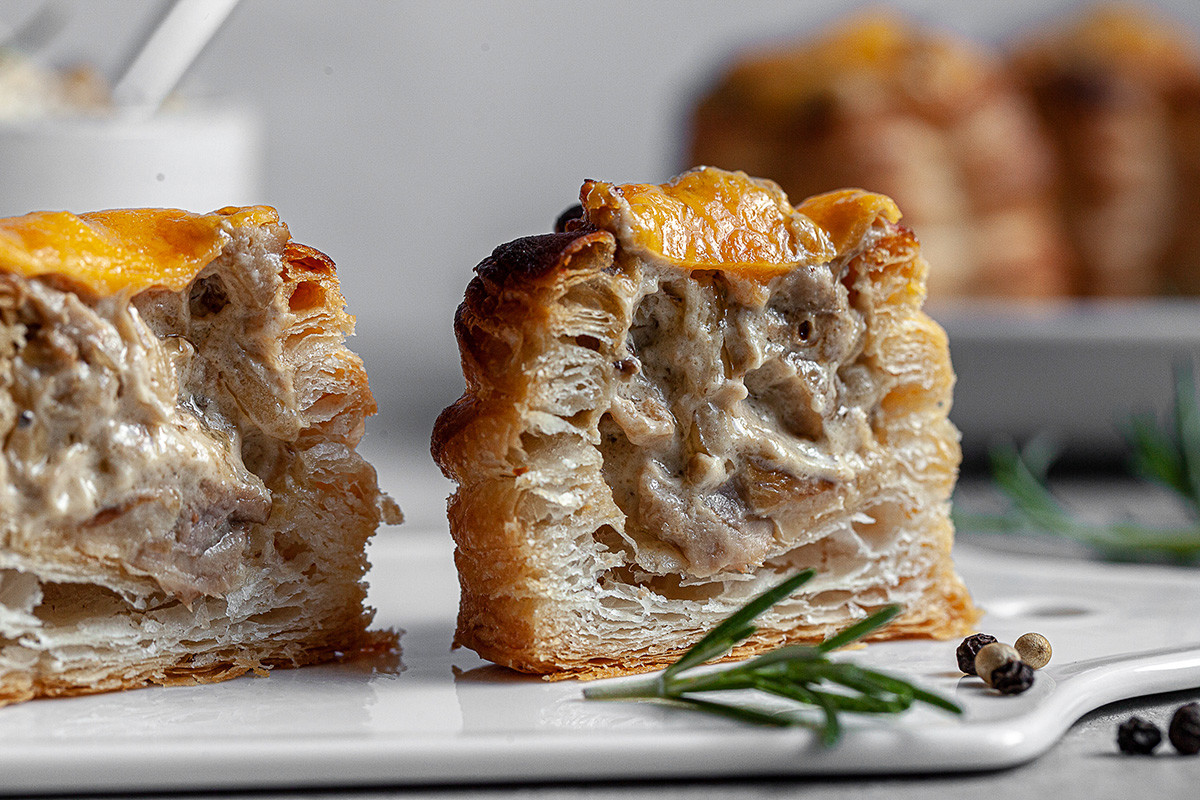 READ MORE: We know what chanterelle recipes you’re going to try this summer