Why is sushi so popular in Russia? 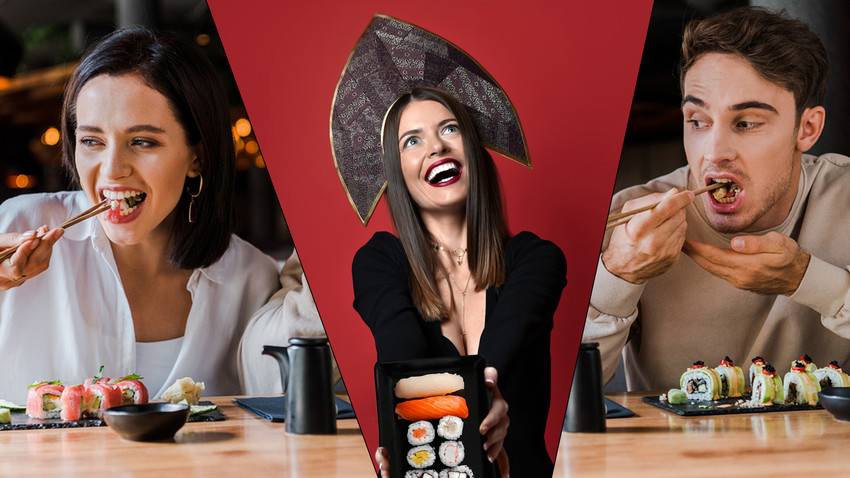 Legion Media; Russia Beyond
Russians have turned a traditional Japanese dish into a national pastime. Warning: Russian sushi is not what it seems!

If you live in the Russian provinces and want to order food to be delivered to your door, you usually only have two options: 1) pizza and 2) sushi. This is the choice you have for a party at home, or a Friday night in, or a romantic date or… any other reason for not cooking. Even hamburgers or Russian cuisine don’t enjoy such a massive popularity.

Japanese sushi is one of the most popular types of food in Russia. Within 100 meters of any Metro exit in any city there is likely to be a sushi restaurant or at least a “sushi-express” takeaway place. Just take a look at this map of St. Petersburg - there’s literally a sushi place on every corner. 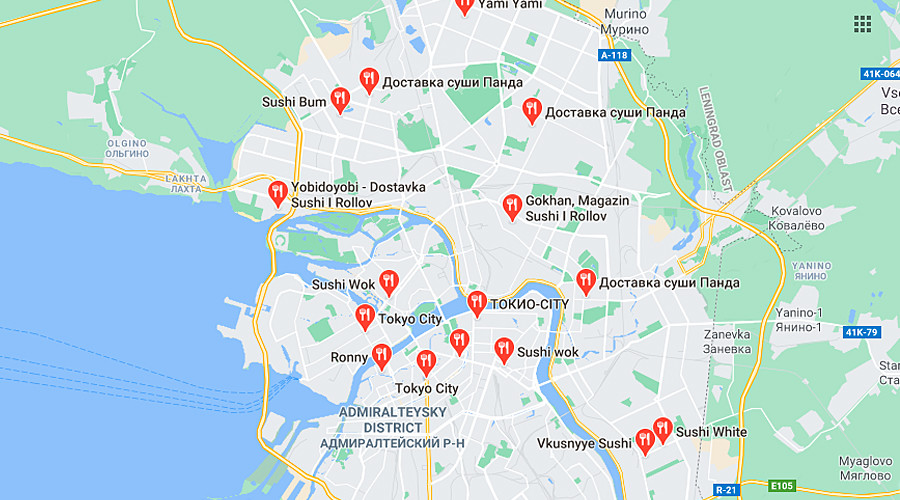 In Russia, when you mention “rolls” in a conversation, the person you’re speaking to is likely to think of sushi rolls, rather than chicken caesar wraps. Why is that? Because, in Russia, sushi has long ceased to be just food. Essentially, it’s become a cultural phenomenon.

When sushi first appeared in Russian restaurants in the 1990s, it was a premium cuisine for the “new Russians” and fledgeling businessmen. “My first sushi was eaten in the presence of real-life Russian gangsters at the table. Which is why my brain didn’t register the taste of the good stuff - and the Japanese soy sauce struck me as the yuckiest taste in the known universe,” recalls Dima Vorobyov on Quora.

Well, such times are long past. Nowadays, sushi in Russia is more associated with something adored by all women without exception, rather than gangsters looking for something exclusive and exotic. At some point, the formula for an ideal (and very banal) date came to be: “Order some sushi, buy some wine, put on a movie and she’s yours.” 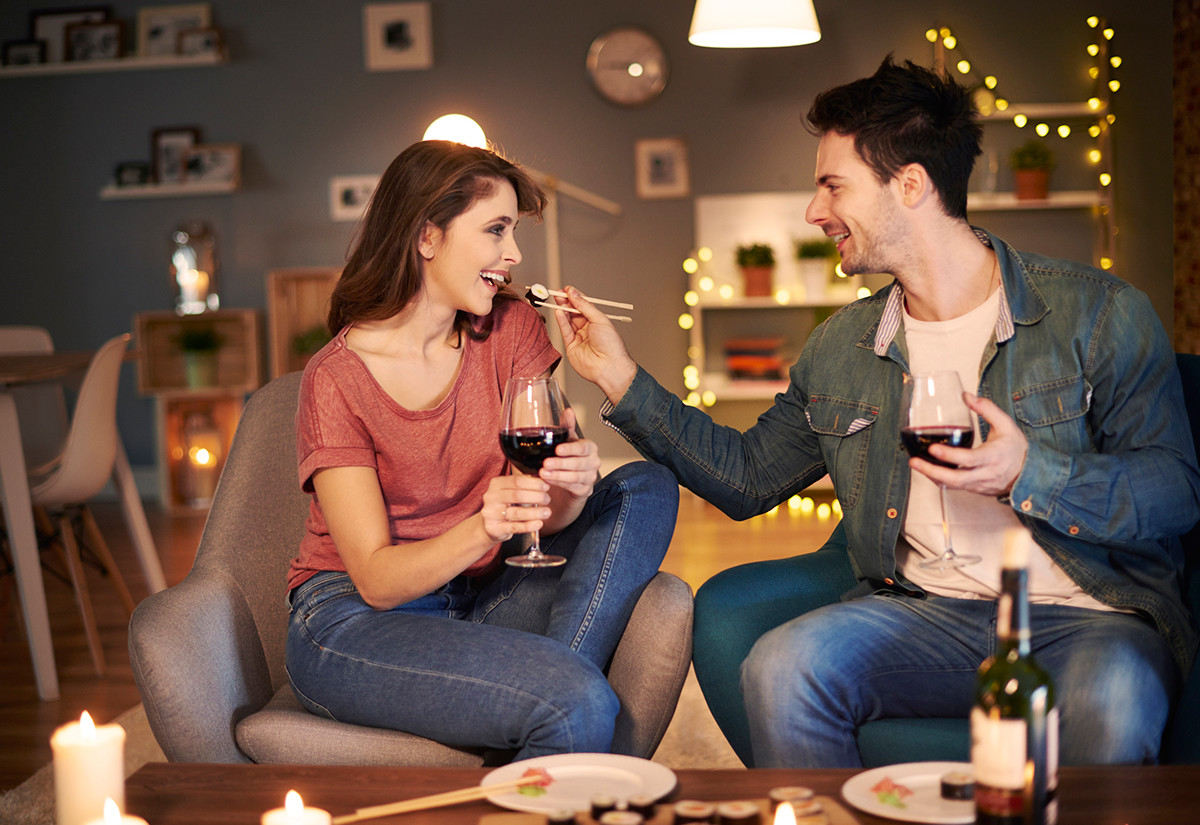 Yes, sushi is especially popular among women in Russia and even studies confirm this. Firstly, because many variants do not contain that many calories (we’re not talking about the fried and sauce-heavy options). Secondly, because it (almost) always looks aesthetically pleasing - it is difficult to imagine any Russian dish that can compete with sushi in this respect. Partly for this reason, sushi quickly pushed out traditional ‘Olivier’ salad (aka “Russian salad”, made with mayonnaise) as a staple at parties.

At some point, in turn, restaurant chains started adding a second menu known as the “anti-sushi” menu. It consisted of traditional Russian dishes and grilled meat cuisine from the Caucasus, intended for the ladies’ companions: On the cover such menus often depicted a wife choosing a sushi dish and the husband looking happy, because he could order some “normal manly food”. 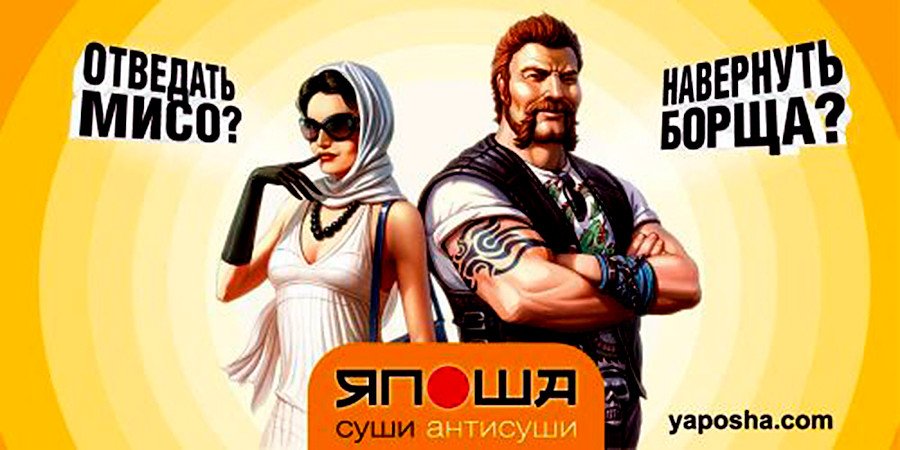 But, to be perfectly honest, the Oriental aesthetic has been rapidly sidelined in Russia. The only way attempts are still being made to maintain it is through the recruitment of Asian-looking people to work in sushi restaurants.  “I find it funny that, in Russia, they use people from Yakutsk or along the eastern Russian border just to make it more authentic by having someone who looks Asian,” notes a Reddit user.

In Russia, sushi is considered fast food. Supermarkets sell pre-prepared selections in plastic containers and put them on the shelves alongside Korean-style carrot salad and ready-cooked cereals. It has become a quick way to fill your stomach - quick and reasonably cheap. And the most popular sushi in Russia are ‘Philadelphia’ and ‘California’ rolls, which have no origins in Japan - they are an American invention. 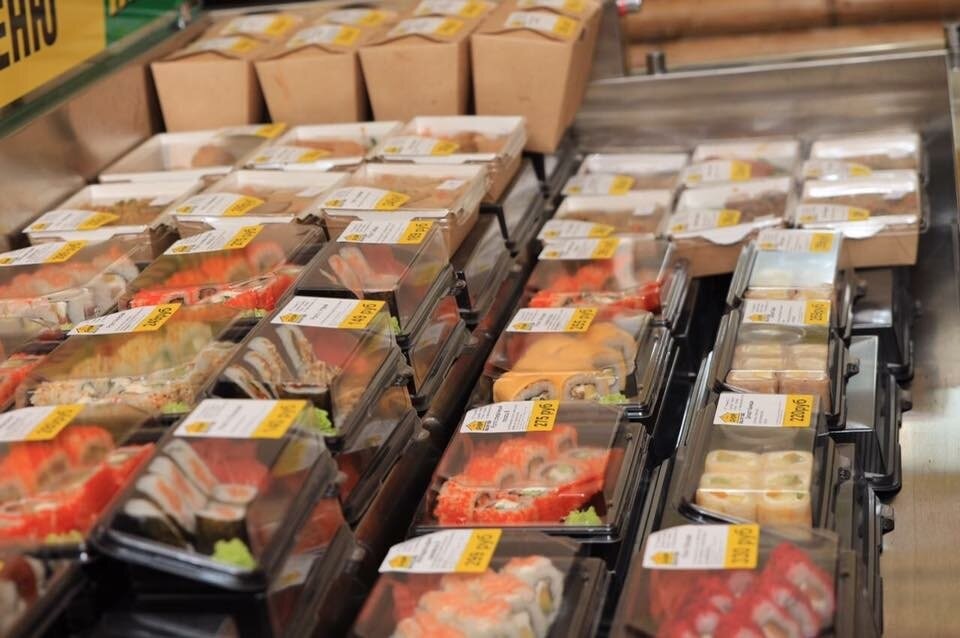 Pavel Voloshin from St. Petersburg says, “Take an eight-piece sushi set from the largest sushi chain in St. Petersburg. It would cost, like, $20-25 in a similar level establishment in New York, or €15-20 in most major European cities. Guess how much it costs in Russia? 420 rubles. That’s just $6. Oh yeah, and they often give you two sets (for the price of one), if you order during special ‘happy hours’. A Big Mac, fries and Coke in a Russian McDonald’s will cost you $4. Which would you choose?”

A good question - which would you choose? It’s a particularly apt one given that sushi has undergone such an enormous evolution in order to satisfy even the most finicky Russian palates. It turns out that the creative abilities of Russian sushi makers are limitless. For instance, sushi wrapped in Russian blinis (pancakes) instead of the usual seaweed. 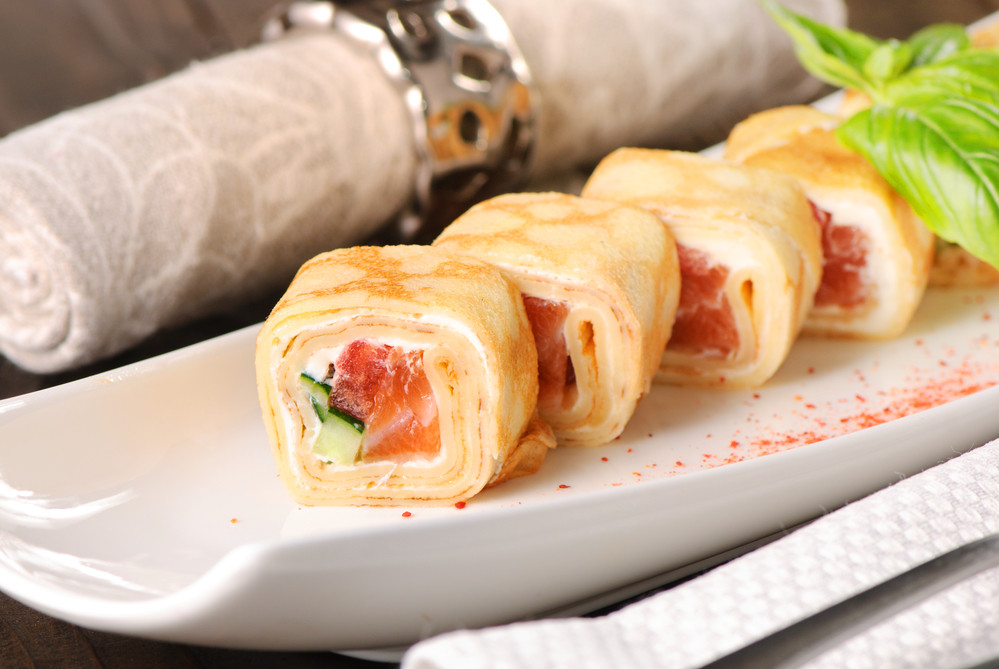 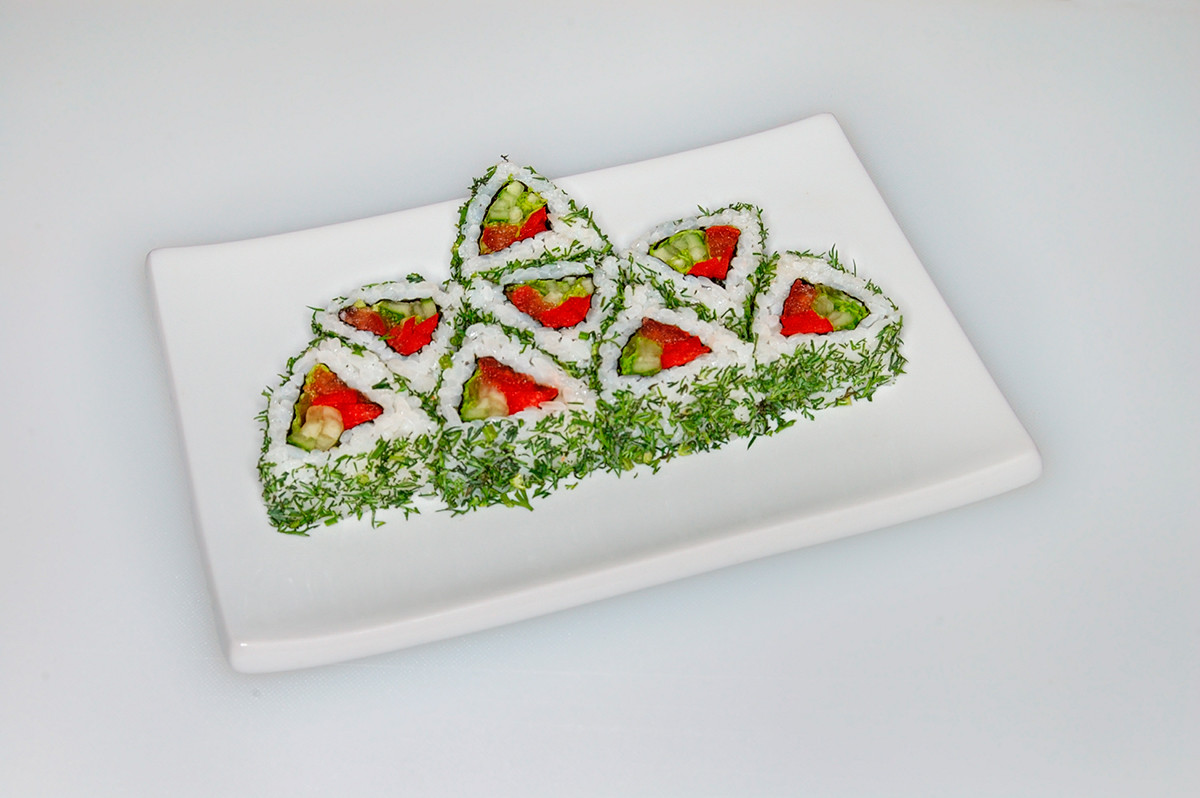 Sushi with mayo (naturally!). Sushi with traditional Russian buckwheat instead of rice and Russian sausage instead of fish, sushi with Olivier salad, sushi made with salmon wrapped in bacon… 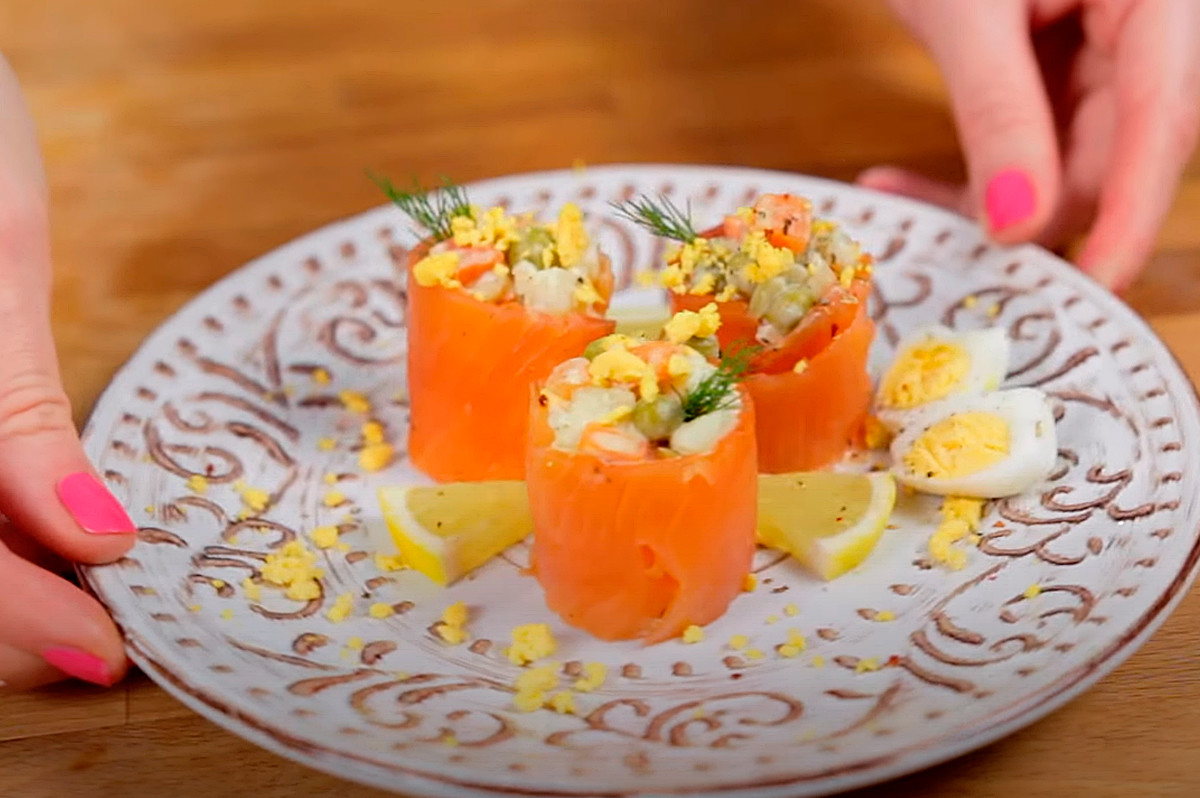 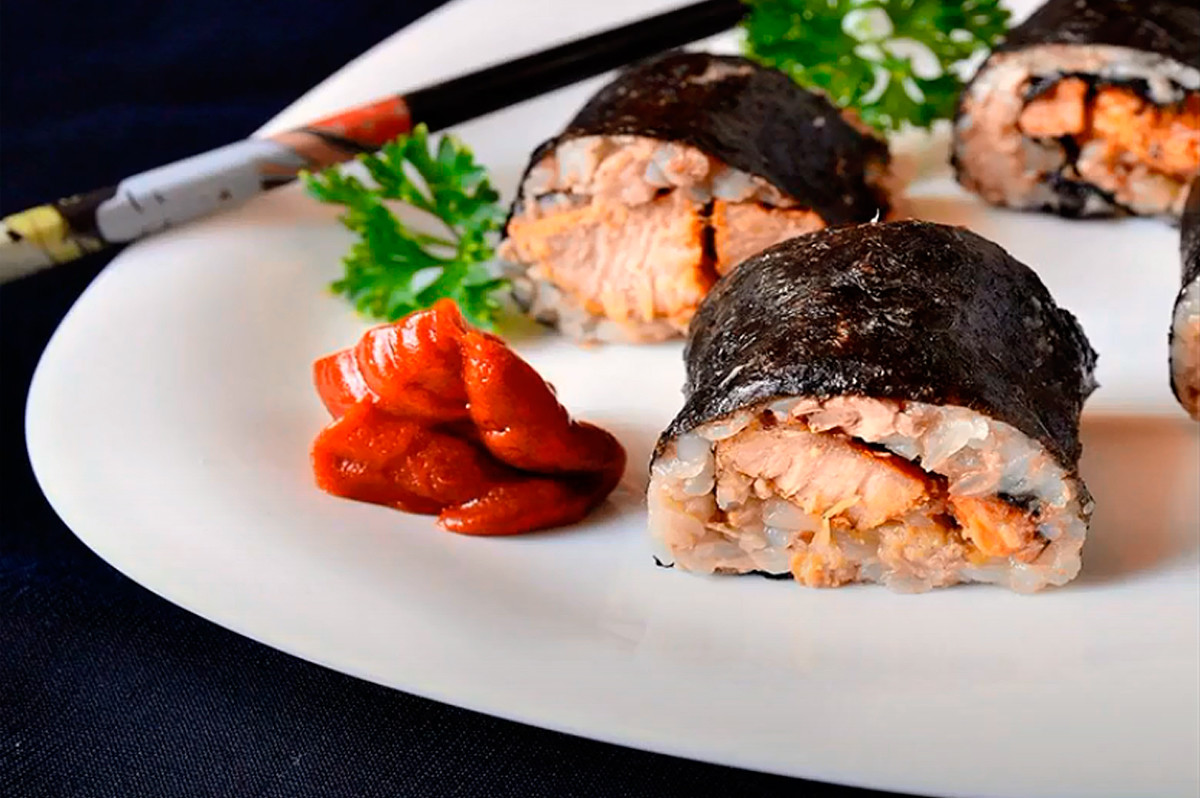 ‘Herring under a fur coat’ sushi (a variation on the traditional Russian salad of the same name). 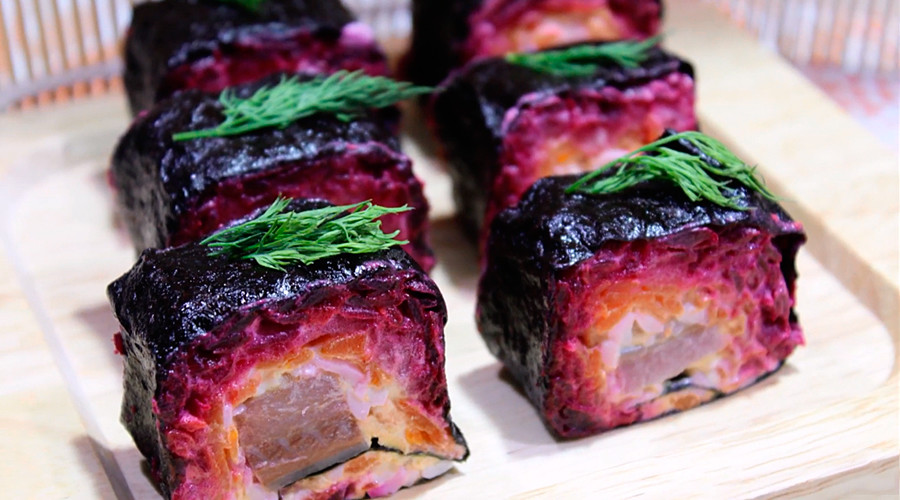 And are you ready for this? A special Russian selection: Order two and get two complimentary vodka shots! 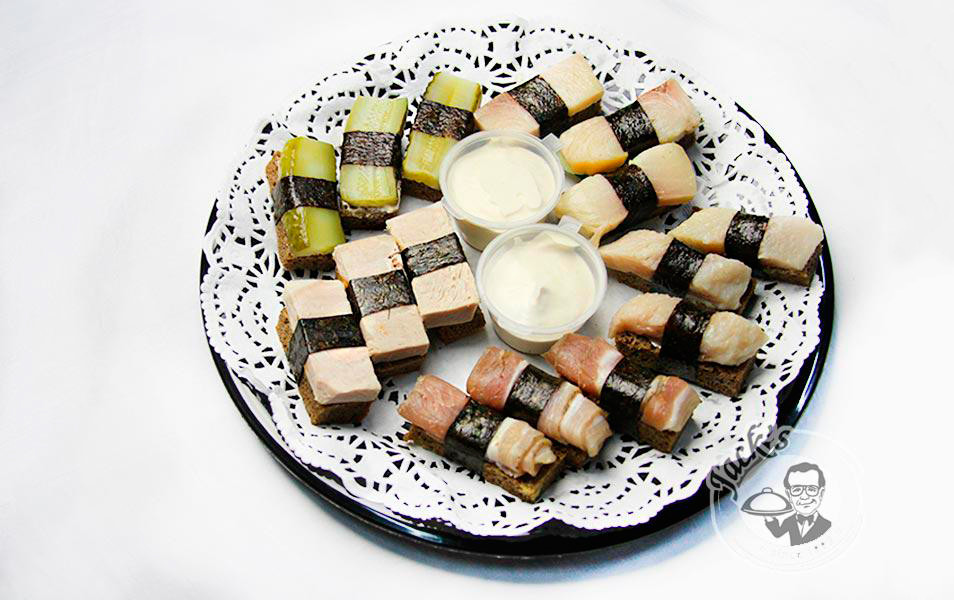 The combinations are endless and it all falls under the term ‘sushi’! It’s all hugely popular and capable of fitting into any setting. There’s no guarantee you’re going to like sushi in Russia (particularly if you come from Japan), but it’ll be an amusing experiment if you decide to risk it!