Pozharsky cutlets: Cooking the most tender and juicy croquettes EVER! (RECIPE) 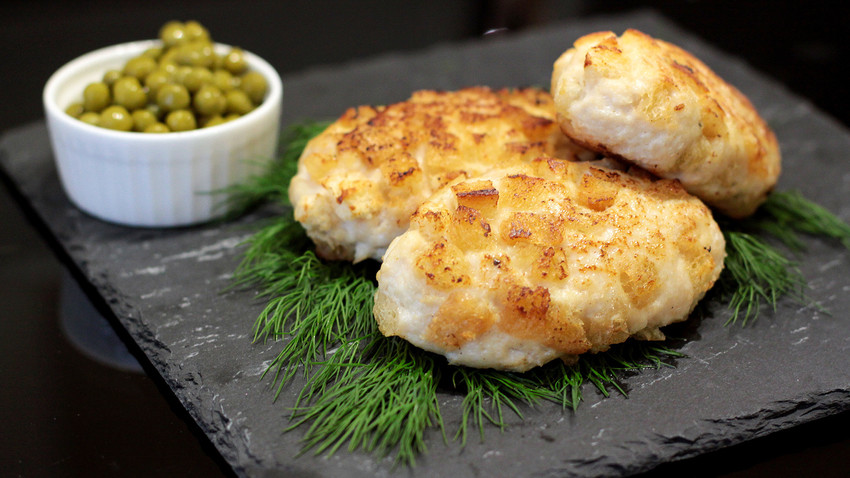 You won’t want to share these delicious, totally kids-friendly cutlets!

Cutlets – or minced meat fried patties – are one of the most beloved main dishes in Russian culinary tradition. Evidently, there are lots of variations and different recipes. One of the most popular has to be the iconic ‘Pozharsky’ cutlet made with a minced chicken base. The dish has been known from around the first half of the 19th century, after Emperor Nicholas I tried them in the Pozharsky family tavern on his way from Moscow to St. Petersburg.

There are some points that make Pozharsky cutlets absolutely unique. First, instead of covering patties with bread crumbs, before frying, Pozharsky cutlets are coated in small dried white bread cubes, or croutons. This technique gives the dish such a nice crunchy outside and tender inside texture.

Another thing is that there is no onion or garlic in the recipe; onion is supposed to be the second main ingredient for cutlets after meat, as it makes them juicier. Nevertheless, Pozharsky cutlets are still the juiciest variation of minced meat croquettes I have ever tried – the key secret is in adding butter and soaked-in milk bread into the minced meat base. By the way, this “no onion” aspect makes Pozharsky cutlets totally kids-friendly.

Traditional basic cutlets are considered to be a kind of fast dish – which is not the case for Pozharsky cutlets. It is important not only to mince the meat, but also to properly mix it with butter and other ingredients by hand or with a food processor – it makes the meat base airy and tender. The cutlets also require 2-step cooking: firstly frying in a pan, then baking in an oven. And while it does take some time, the result is worth every single minute. 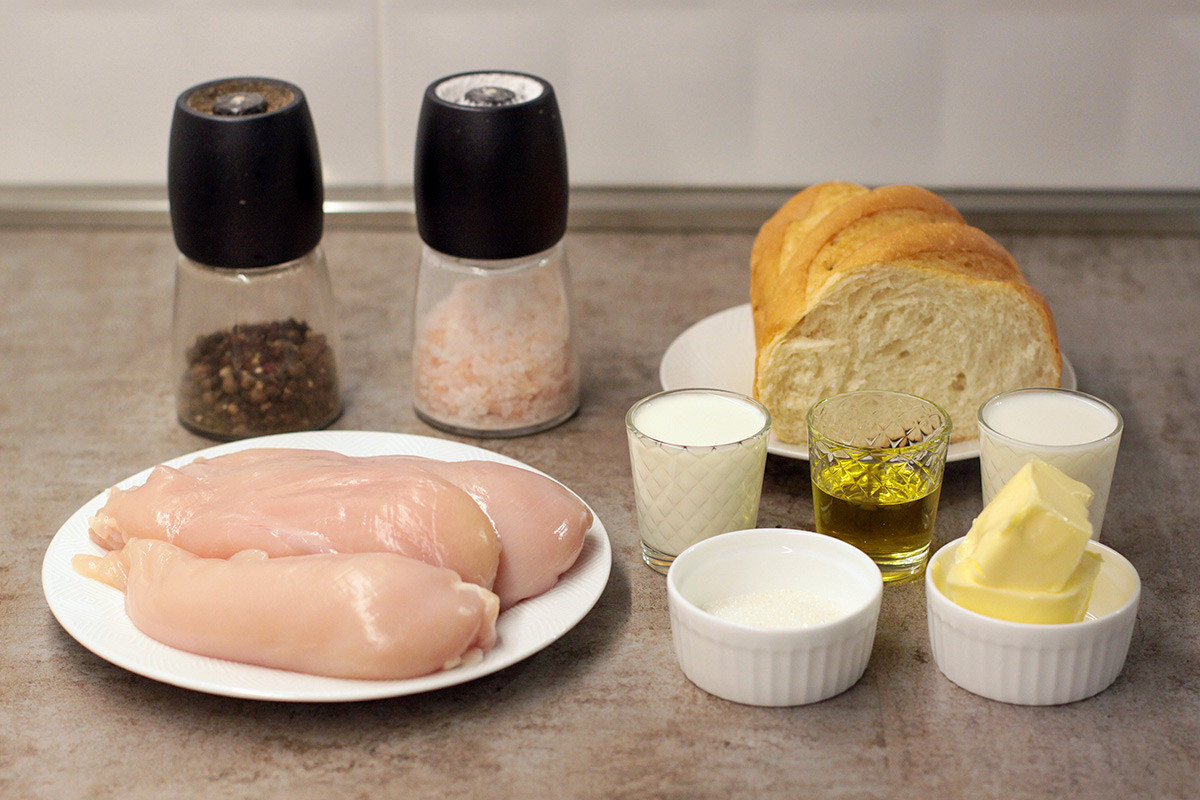 1. Start with the minced meat base. Take half of the white bread, cut off the crusts and mix the bread with milk – and set aside for a minute. 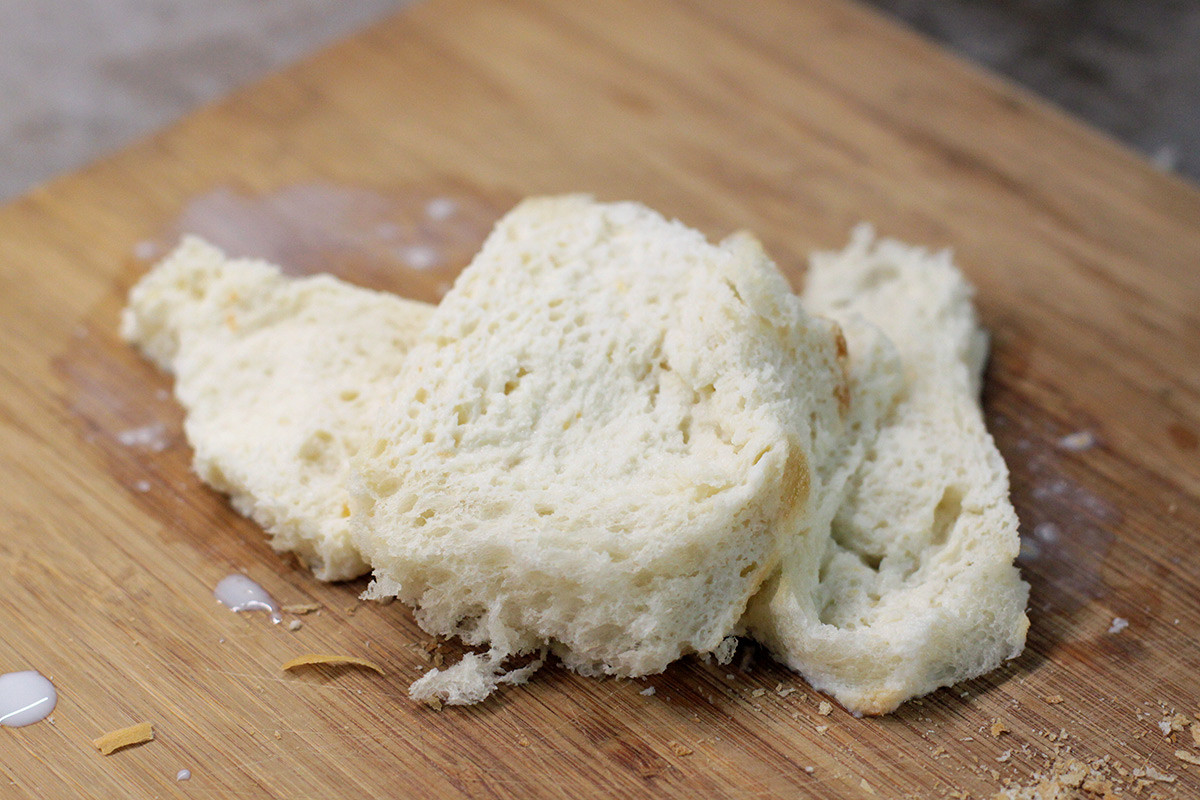 2. Run the chicken breast through a grinder, then add the soaked bread and run it through the grinder, as well. 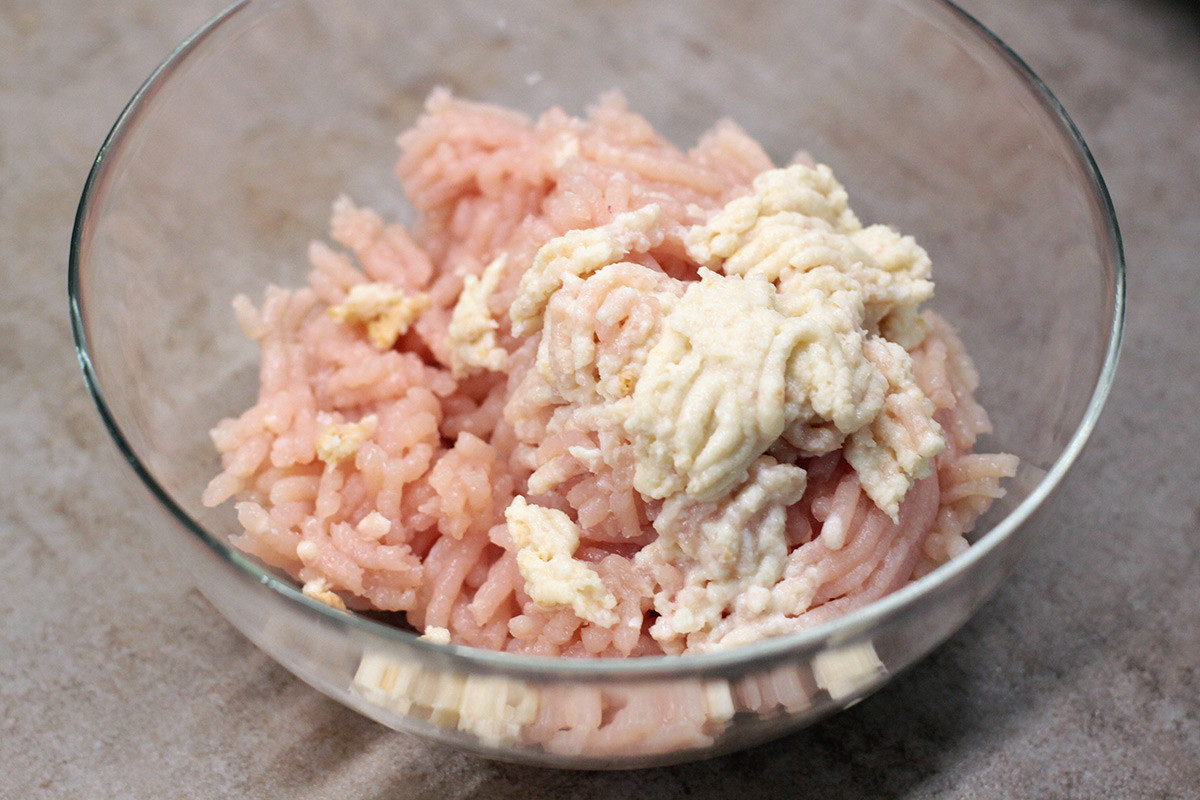 3. Next, add into the meat mixture a good stick of soft butter, a generous pinch of salt, ground pepper and sugar. Work and mix with your hands for at least 5 minutes, then cover with plastic wrap and leave in the fridge for half an hour to cool and set. 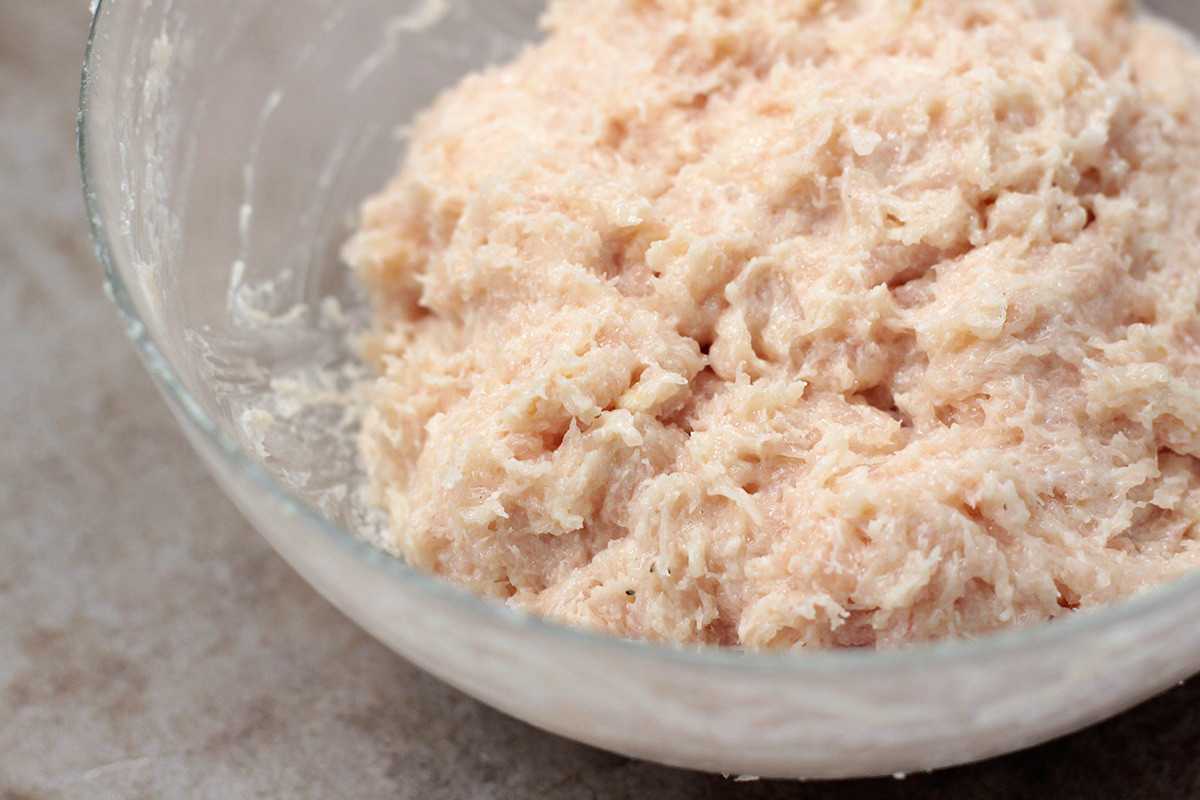 4. Meanwhile, prepare the signature coating. Cut off the crusts from the second half of bread and cut it in small cubes. Transfer onto a baking sheet and put in the oven for 10 minutes at 150°C – the point is to dry these bread cubes to make small croutons. When ready, let cool down completely. 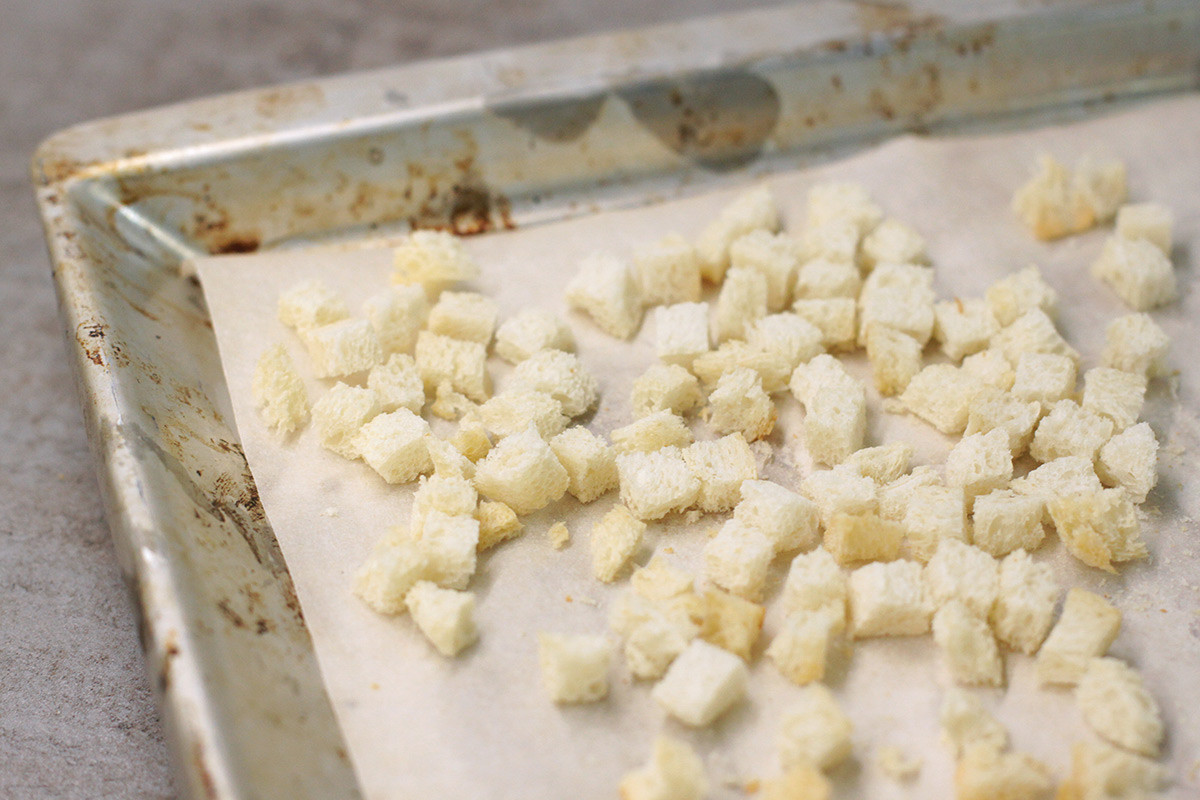 5. Now move to shaping the cutlets: wet your hands with cold water, take a handful of meat mixture, gently cover it in croquettes and start shaping into an oval with slightly pointed edges. Repeat until you run out of minced meat. 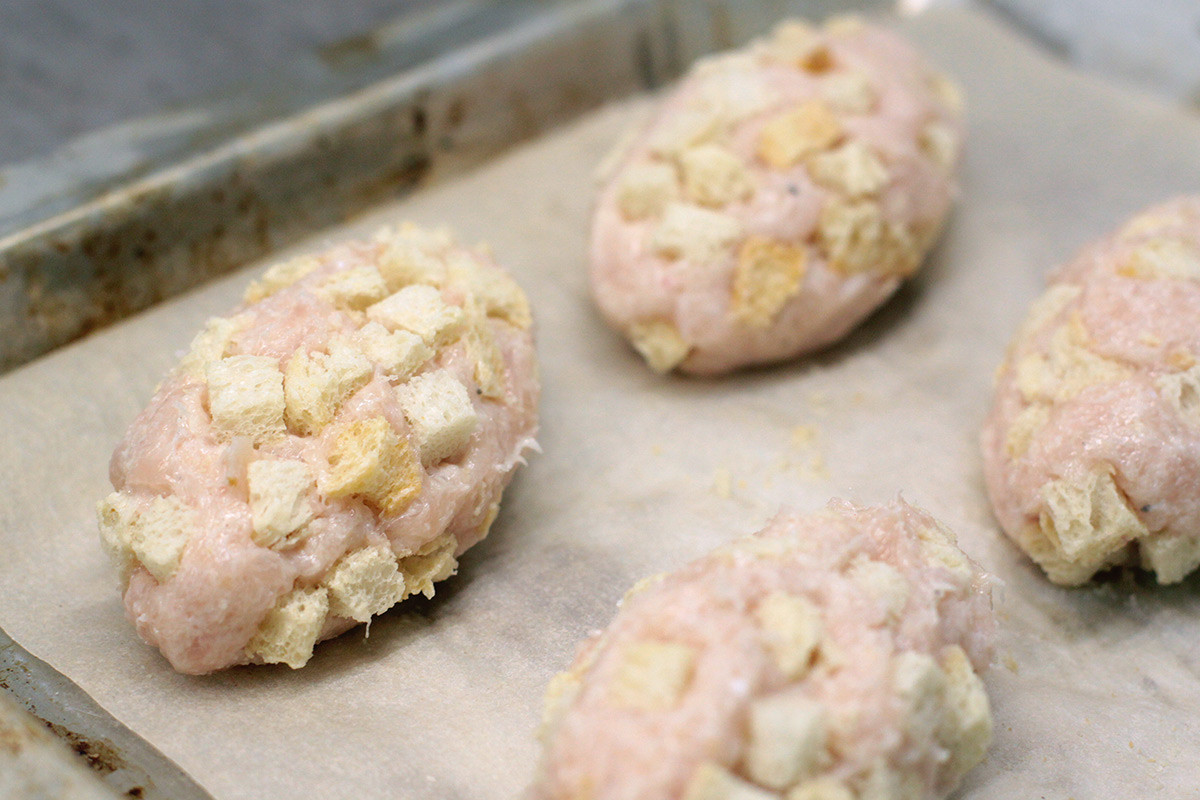 6. Fry cutlets on a mixture of vegetable oil and butter for 3-4 minutes on each side until they achieve a crispy golden surface. The crouton coating burns fast, so make sure to fry on medium heat. 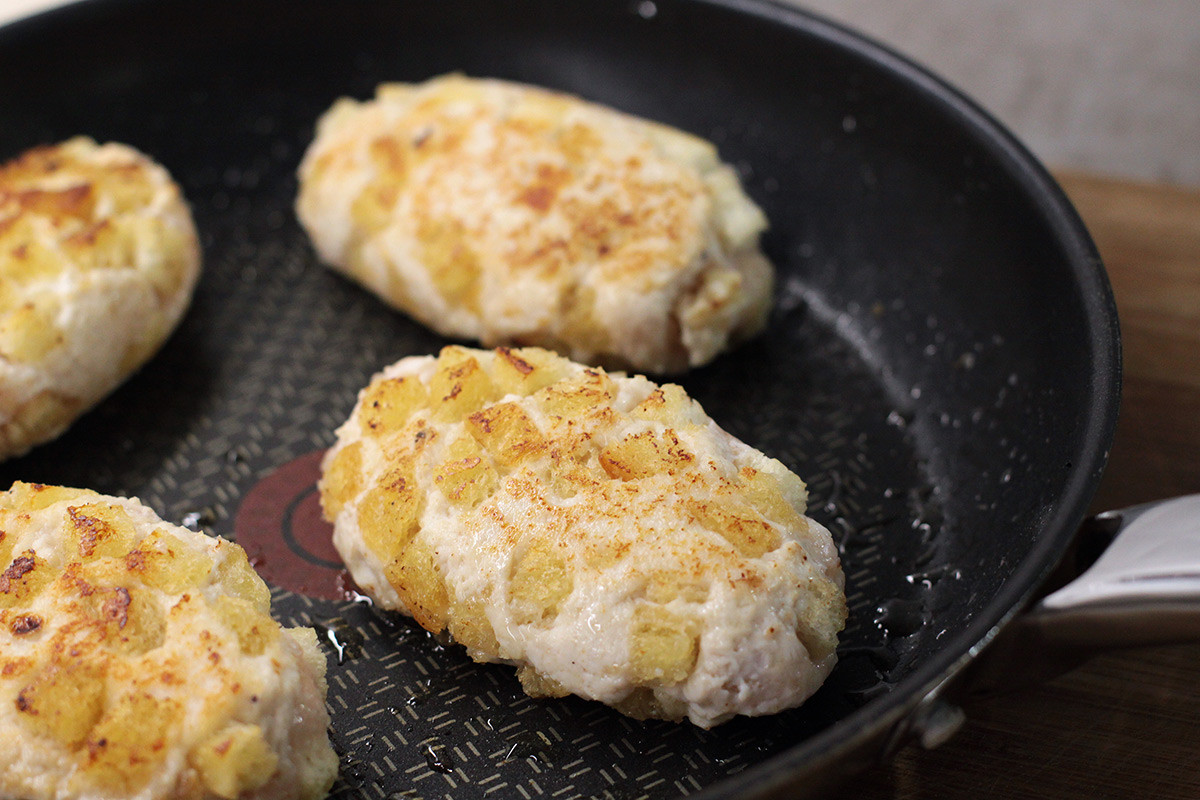 7. Then, transfer your cutlets onto a baking pan and put in the oven for 15-20 minutes at 180°C. Serve immediately with your favorite side dish – priyatnogo appetita! 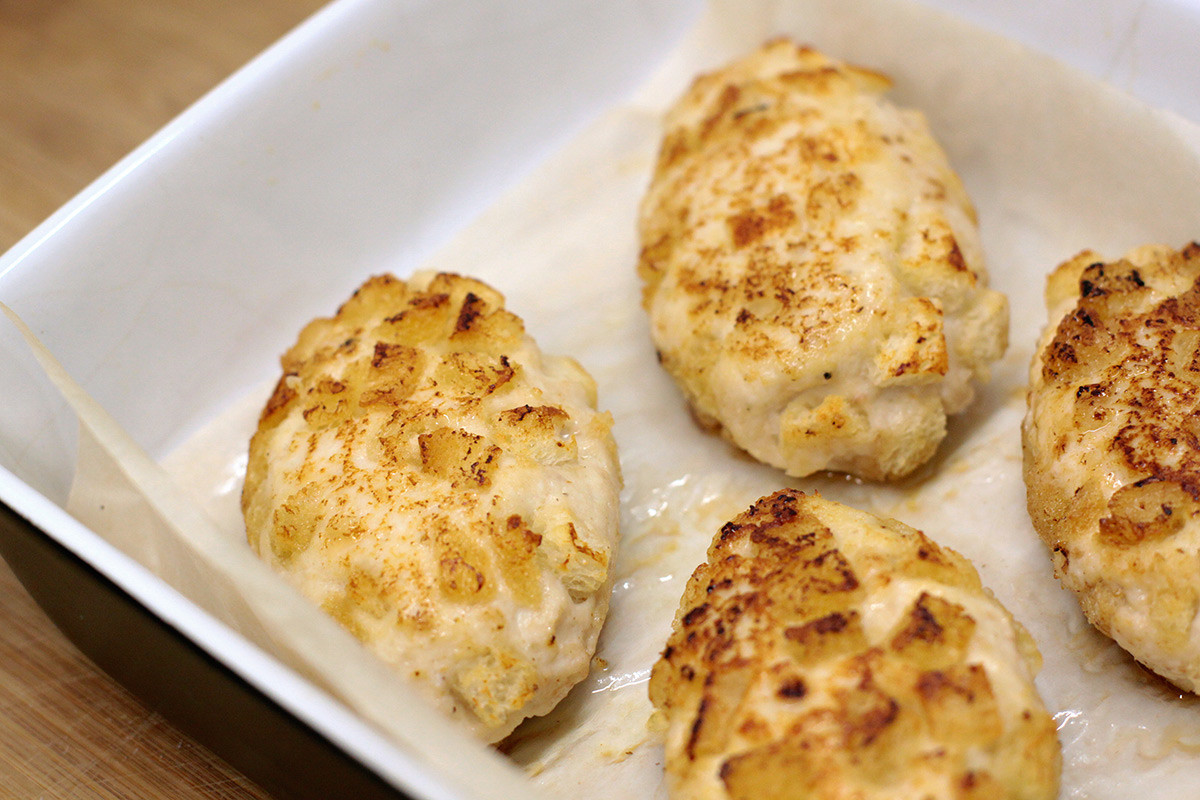