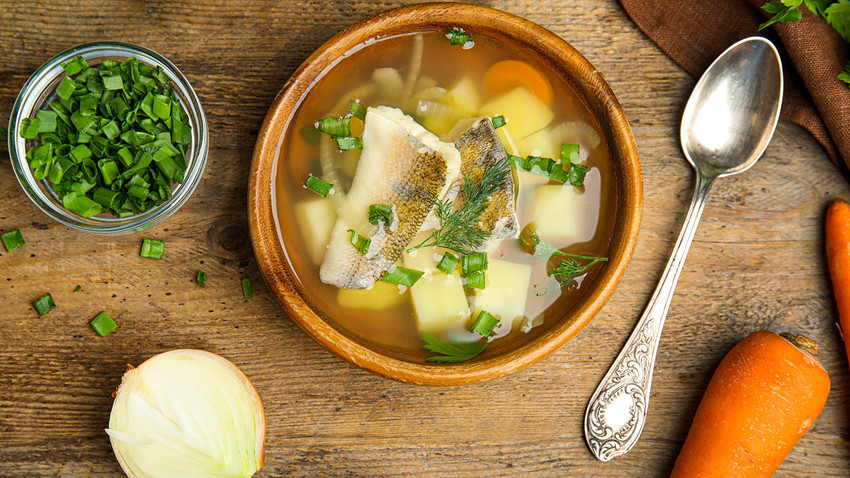 Legion Media
How many types of fish to add to ukha? What kind of pans to use? We’ll tell you all the nuances.

Fish and seafood dishes held a special place in the tsar's menu in the 16th century. Contemporaries of Ivan the Terrible noted that gigantic sturgeons and sterlets, skillfully served in the form of a fabulous bird of dragons, were served on his table.

Legend says that among all these fish dishes Ivan most of all loved ukha. According to historian Pavel Syutkin, in Ivan’s era a variety of soups were served every day (except for Lenten days): rich ukha with fish; or fish or mushroom kalya (a kind of soup), the main component of which was pickled cucumbers. Historically, the word "ukha" didn't precisely mean a fish dish. Only since the 15th century has this term been gradually assigned to a fish soup.

Unfortunately, no one can find the Tsar's original recipe for ukha. Nowadays, ukha is a hot fish soup cooked with three or four types of fish, potatoes, onions, spices and herbs; but almost every family keeps their own unique recipe in large, old self-made cook-books.

What are the main secrets of delicious ukha? First of all, the fish should not be frozen, but only fresh. Secondly, ukha is usually cooked not from one type of fish but from two at least, and four maximum. An exception may be red fish soup, which is cooked from one type of fish - sturgeon, beluga, stellate sturgeon, nelma, and salmon. The classic version of ukha contains fish that has a sticky, soft and "sweet” taste. The most suitable types of fish for this soup are pike, pike perch, ruff and whitefish; but you can also use carp, chub, crucian carp, and rudd. 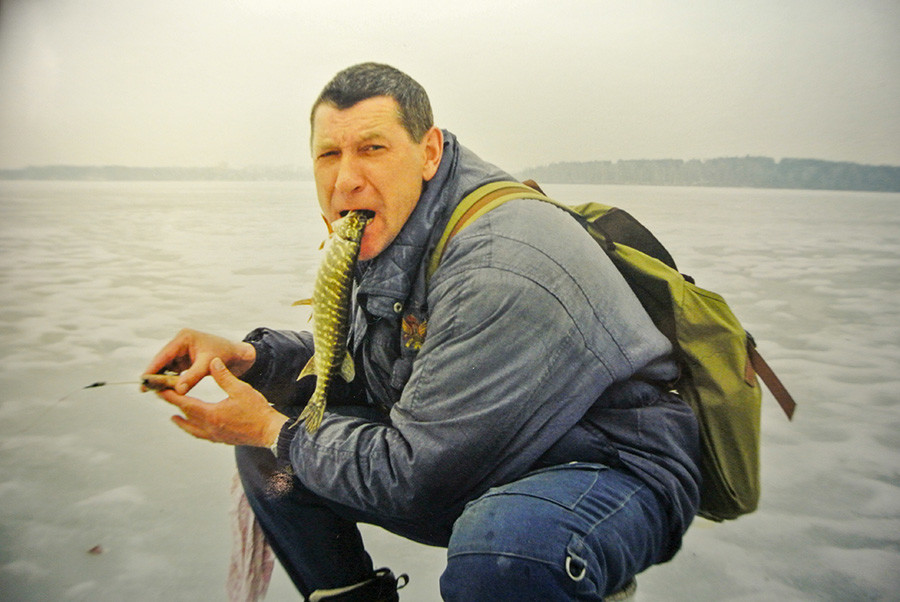 "My grandfather has always been a fishing enthusiast".

I suggest we cook ukha based on my old family recipe. As my grandfather has always been a fishing enthusiast, my family never had to buy fish. I remember that atmosphere of peace and warm-heartedness when my whole family would gather around the dining table and we’d wait for our grandfather to serve his favorite meal to us, while telling long and fascinating stories about his fishing adventures. 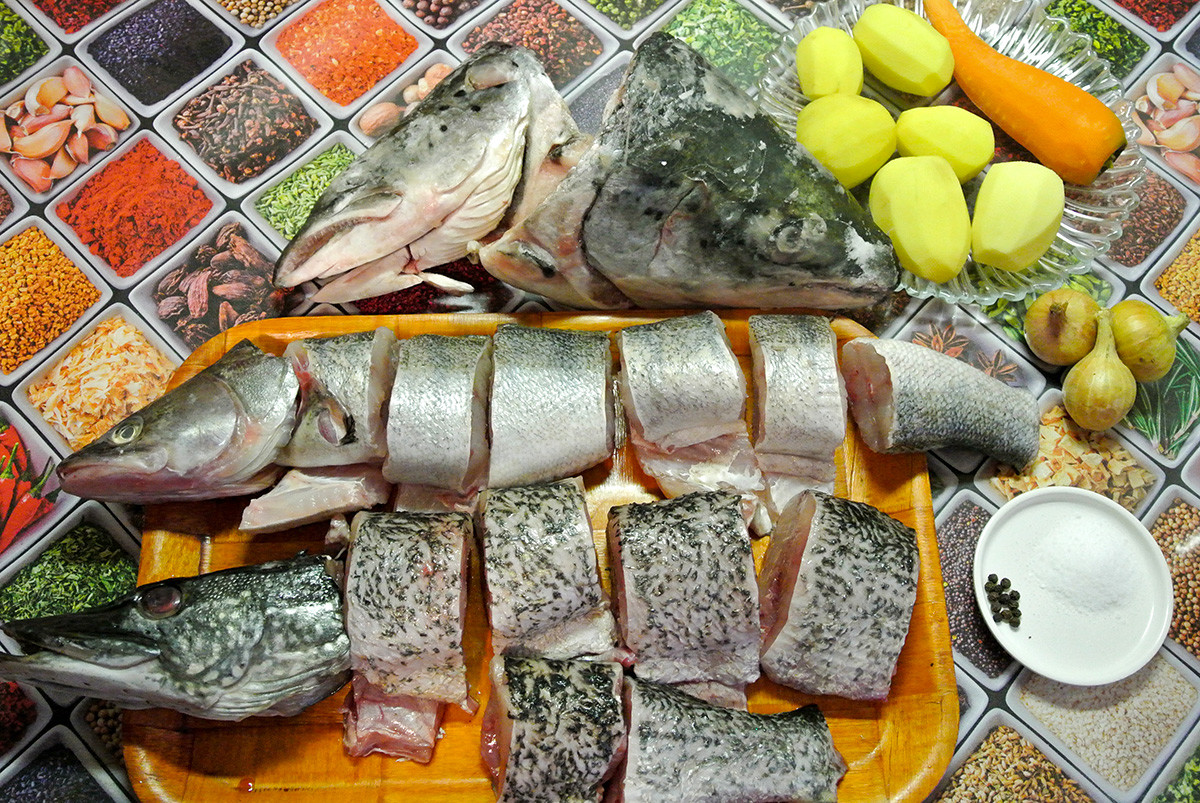 1. Wash and descale the fish. Take a basin and fill it with water, put in pike perch and pike, and descale the fish by using a knife or a special descaling tool, going against the direction of the scales. Then remove the insides and wash the fish thoroughly. Cut the fish into small pieces.

2. In a large saucepan, place the salmon head and water, and bring to a boil. Then reduce to simmer, and cook for about 15 minutes, until the fish is well cooked. 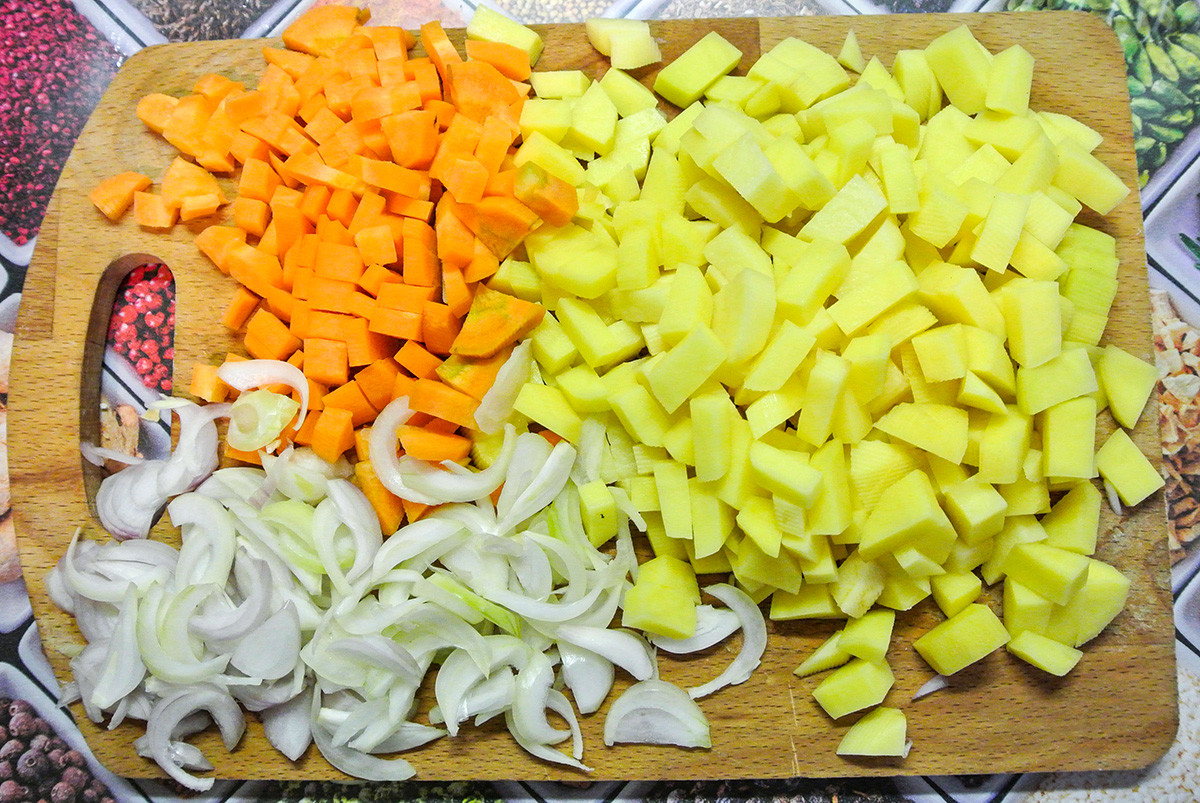 4. Take the salmon heads out of the saucepan. Then add the vegetables and simmer for 10 minutes until all the vegetables are tender and cooked through. Taste the soup base and add salt. Add the sliced pike and pike perch, then black peppercorns. Bring the broth to a boil, reduce heat to a simmer and cook for 15-20 minutes. 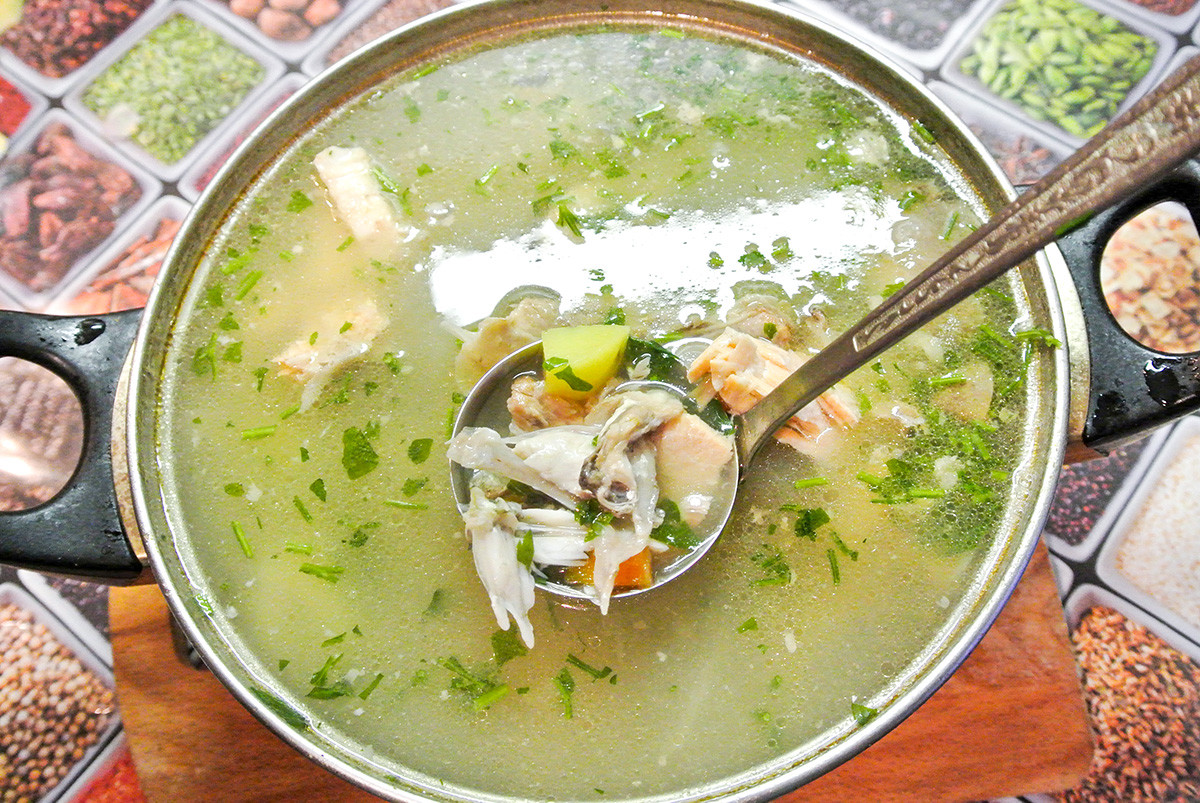 5. In the end, add fresh herbs (dill and parsley) to the soup and serve. In Russia we usually eat ukha with dark rye bread or pies stuffed with rice and eggs, onions or fish (the so-called Rasstegai, small Russian fish pies). Priyatnogo appetita! 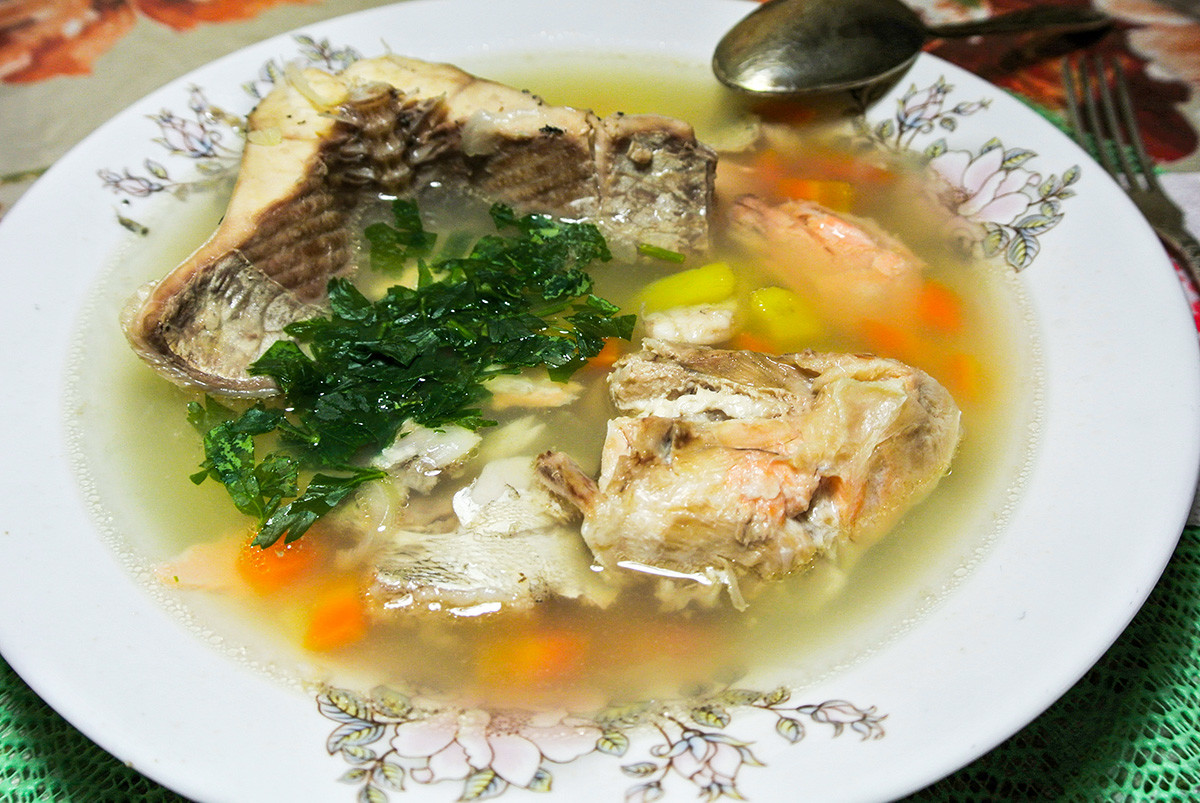 READ MORE: 10 tasty Russian soups you should try for lunch