4 Russian pike dishes & how to cook them 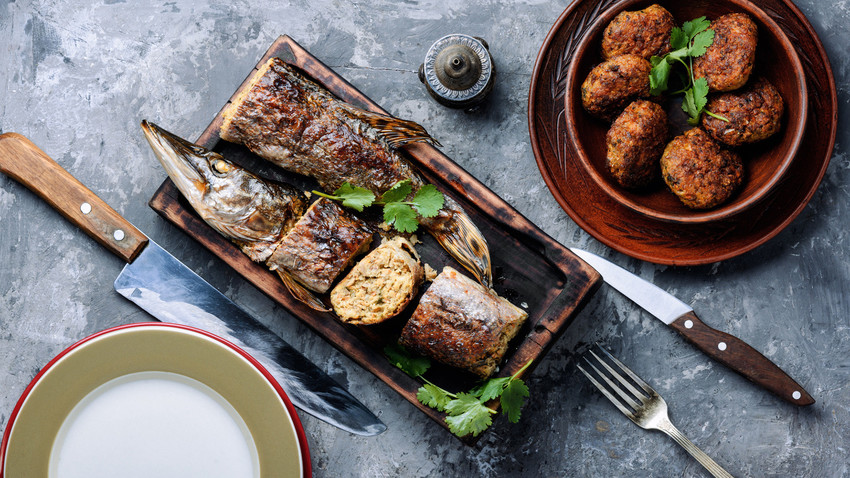 Legion Media
Pike is a welcome haul for any fisherman. But if fishing’s not your thing, you can buy it whole or filleted, and check out our recipes.

In Russia, pike was long considered a “second-tier” fish, because the cooking process was complex, and, if done incorrectly, the flesh was tough and smelled of slime. Nevertheless, it was consumed by tsars and courtiers alike. Documents from the 16th century reveal how pike was used in wealthy households. It was sliced to make ukha and botvinia soup, and served dried as a snack.

Legend has it that in the late 18th century a two-meter pike weighing 60 kg was caught in a pond outside Moscow, and its gills were found to contain the ring of Tsar Boris Godunov, who had ruled Russia two centuries earlier. Such age and dimensions are surely apocryphal, yet in the 20th century several monster pikes were indeed caught in Russia — lighter but still weighing over 35 kg. But when it comes to the kitchen, of course, smaller pikes are more suitable, no more than 4 kg. What do pike-loving Russians cook these days? 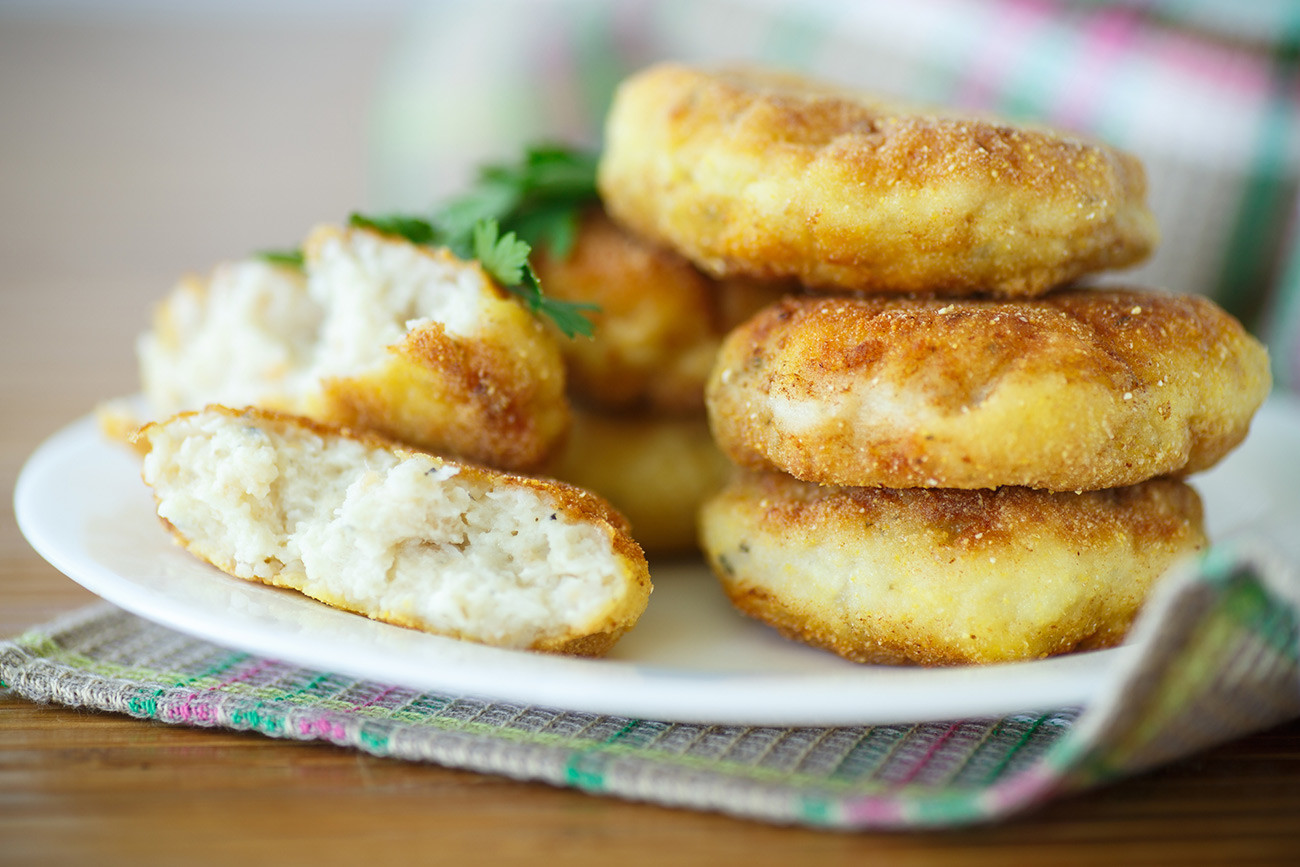 For fishcakes, use fresh pike or fillet. It’s easy to extract large bones from this fish, while smaller ones are easily crushed in the grinder. The main secret is that the fishcakes should be tender, for which lard or butter is added.

How to prepare: Soak crustless white bread (150 g) in 25% cream (100 ml). Finely chop onion (1 pc) and fry till transparent. Grind pike fillet (700 g), onion, and bread. Grate lard or butter (50-100 g) and mix with the minced fish. Add salt and pepper. Beat egg, and pour flour onto a separate plate (about 1/2 cup). Mold medium-sized cutlets from the minced fish. Dip each cutlet first in the egg, then in the flour, and fry in a heated frying pan in vegetable oil till golden brown. 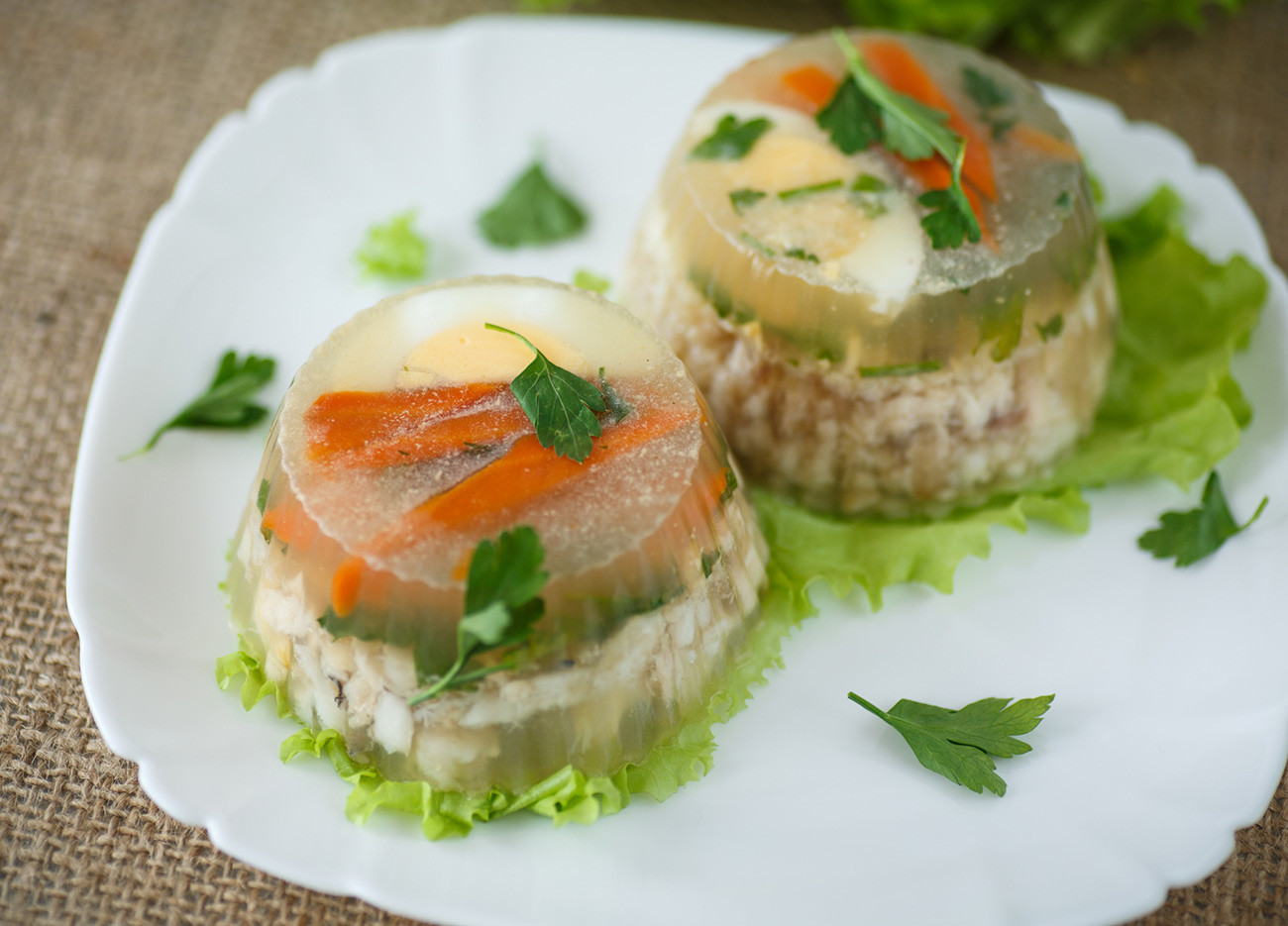 Aspic (Russian: kholodets) is meat or fish under a layer of jelly. It is a traditional winter dish in Russia.

How to prepare: First slice up the pike (1 kg), and remove the entrails and gills. Place the head and bones in a pan with carrots and onions. Add water, salt, and peppercorns (5 pcs), and bring to the boil. When the water boils, remove the froth, and cook for another 30 minutes. During this time, boil quail eggs (6 pcs) till hard, and cut the pike fillet together with the skin into small strips. Strain the broth through a gauze and place on a strong heat. Add the fillet pieces to the broth and boil for a further 10 minutes. Take the onions out of the broth and discard, cut the carrots into circles. Peel and halve the eggs lengthwise. Remove the fillet from the broth and pour in gelatin (25 g), stir until completely dissolved. Put the pike slices, eggs, and carrots into a cooking mold and pour in the broth. Cool to room temperature and place in the refrigerator. The ready dish is decorated with parsley or other potherbs. 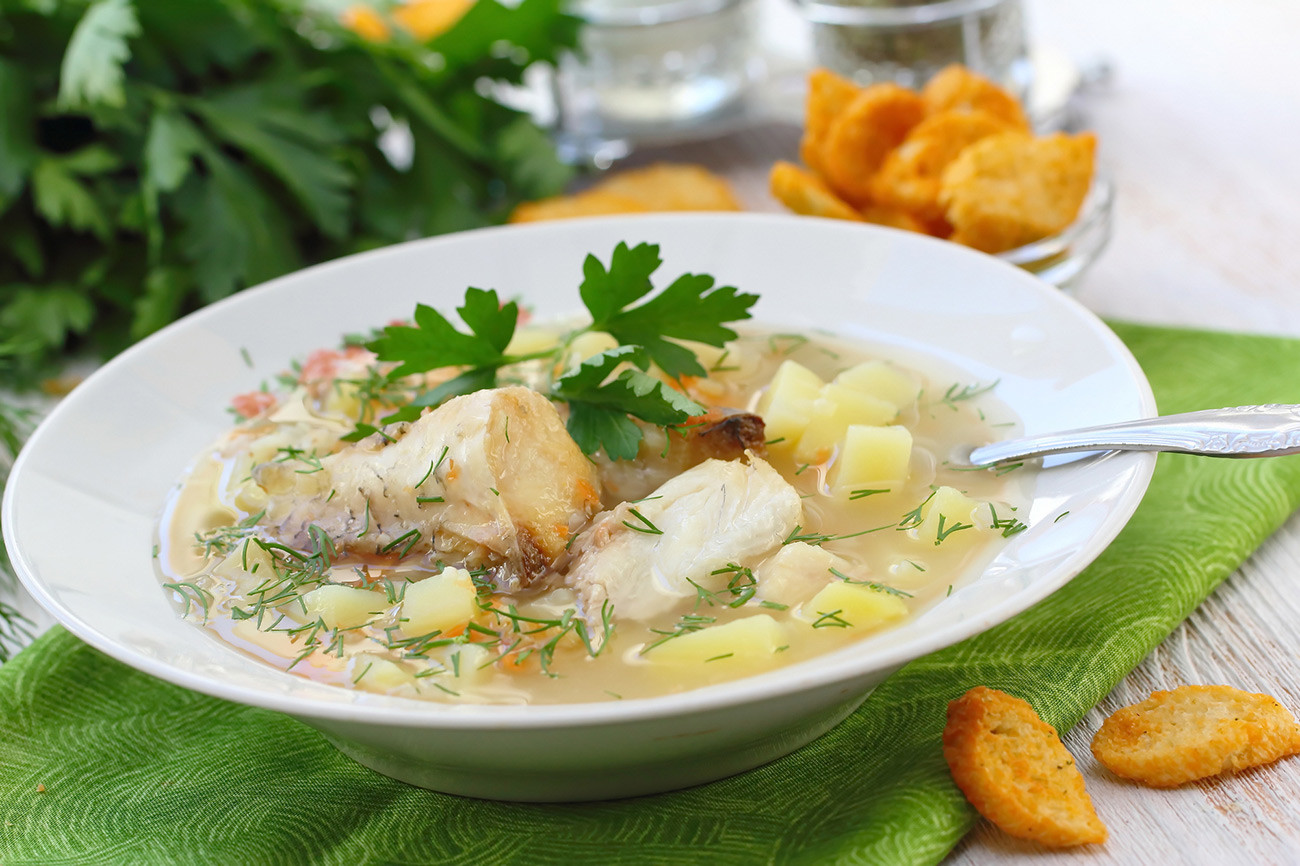 Ukha (fish soup) is one of the oldest Russian soups, which sometimes draws comparisons with French bouillabaisse, only the ingredients are simpler.

How to prepare: Cut the pike (1 kg per 2.5-3 liters of water) into small pieces, and place in boiling water. Throw into the mix 2 peeled whole onions and coarsely chopped carrots. Add spices (black peppercorns (7 pcs), bay leaf (4 pcs)), salt, and cook for 1.5 hours over a medium heat. As it boils, remove the foam so that the broth remains transparent. Then add coarsely chopped potatoes (4 pcs) and millet (300 g) to the broth. You can pour in 50 ml of vodka to help remove the fishy smell. Cook for another 30 minutes. Before serving, add chopped parsley, dill, and smetana. 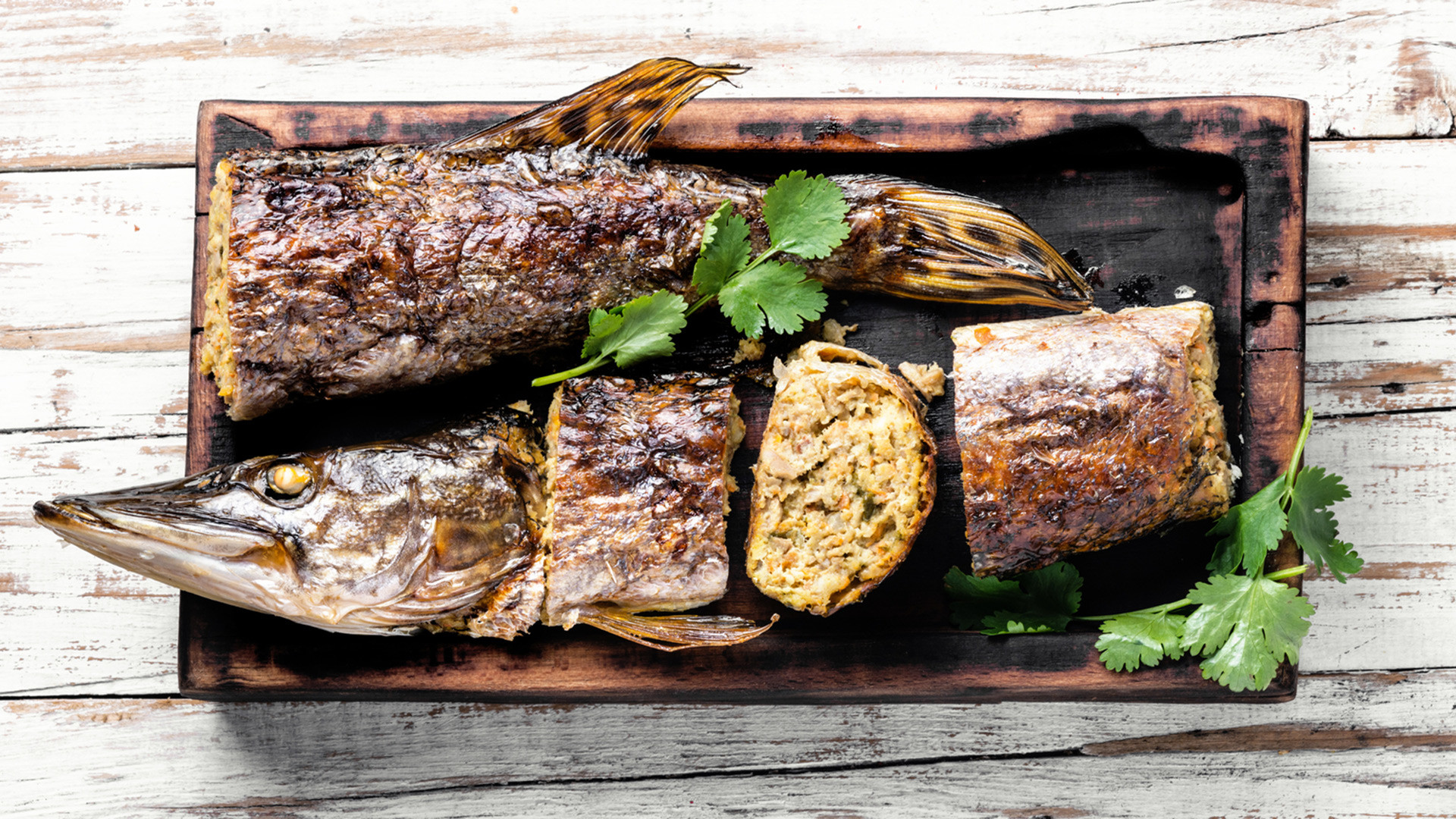 This dish always looks great on the festive table, but requires a high level of culinary skill and patience.

How to prepare: Make an incision in the skin on the head of the pike (2-2.5 kg), and carefully remove it whole from head to tail. Break the spinal bone by the tail fin so that it comes off with the skin.

Stuff the minced fish into the skin and shape it into a whole fish. Sew up the hole, wrap in gauze, and tie with a thread. Boil the wrapped fish in salted water, then place on a baking sheet with a weight on top to keep the fish on its side, and leave to cool. When cooled, place on a dish and put the boiled head back in position. Garnish with lemon and other vegetables around the edge. Serve with tomato or smetana sauce, horseradish, and greens.

Read more: How to cook and eat a Russian fish pie in the shape of a boat