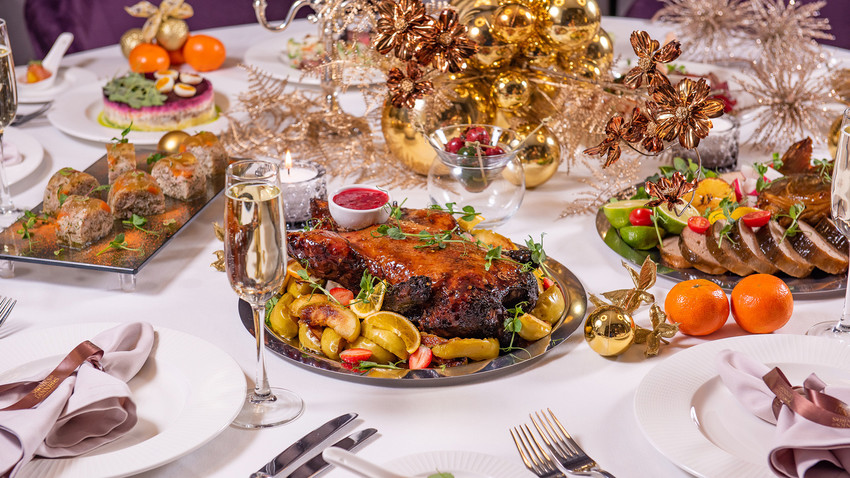 This alternative to turkey makes for the perfect family Christmas dinner!

Drinks@Dinners restaurant
Succulent golden-crusted duck with a “wintry” note of cowberry bitterness... This dish is sure to take pride of place on the festive table!

At 16th-century tsarist feasts, baked swans, peacocks and other fowl were considered luxury yet rather familiar dishes. Duck in Slavic cuisine has traditionally been a symbol of the hearth, family and prosperity, but entered the diet much later.

Many duck recipes were first printed in the 19th-century cookbook A Gift to Young Housewives by Elena Molokhovets. She recommended stuffing duck with cabbage, mushrooms and macaroni, and adding sauces made from vegetable roots and anchovies. One of the most versatile and popular combinations is duck with apples. The addition of cowberry sauce imparts a northern flavor, which is at once sweet and tart.

The success of the dish depends on the choice of duck, which should be young, no more than 2.6 kg, and preferably chilled not frozen. Excess belly fat can be cut off in advance, and a marinade will help dampen the specific odor. To ensure the duck cooks all over, it is enough to boil it in salted water for 20 minutes beforehand.

Evgeny Mikhailov, head chef at Moscow restaurant Drinks@Dinners, shared with Russia Beyond his recipe for duck with honey apples and cowberry sauce. 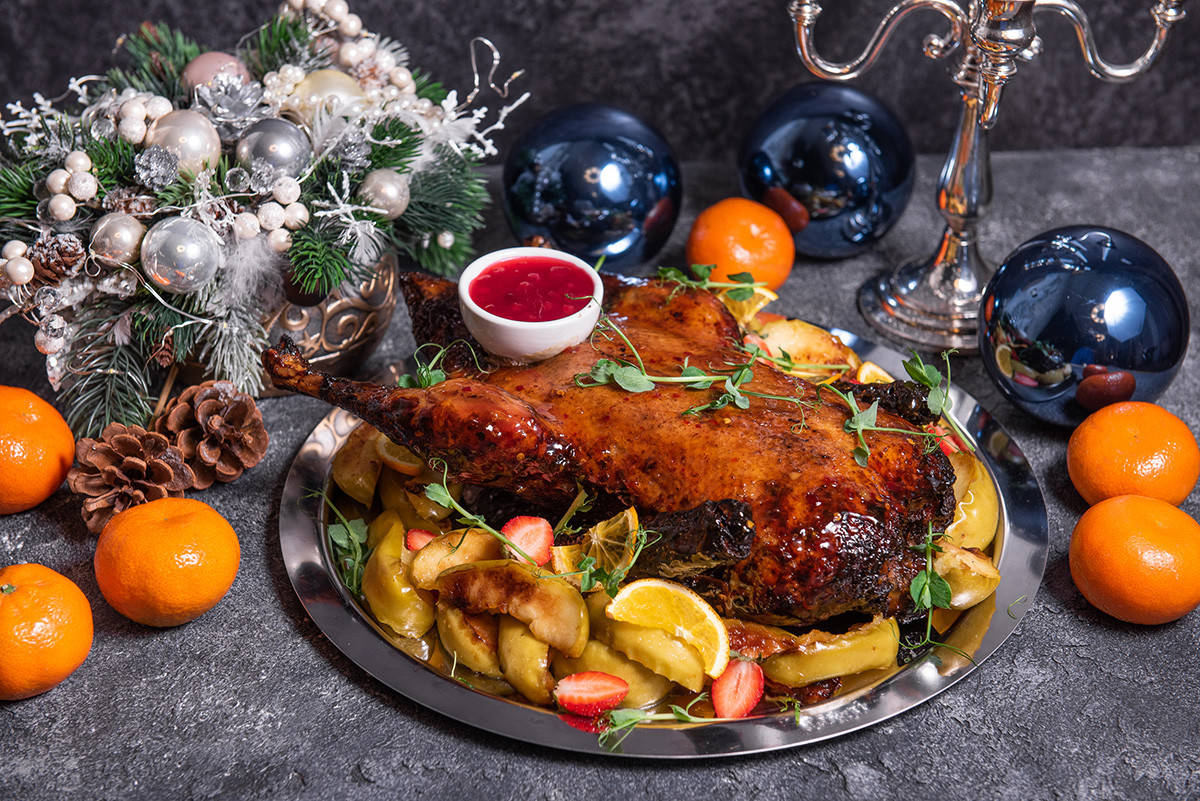 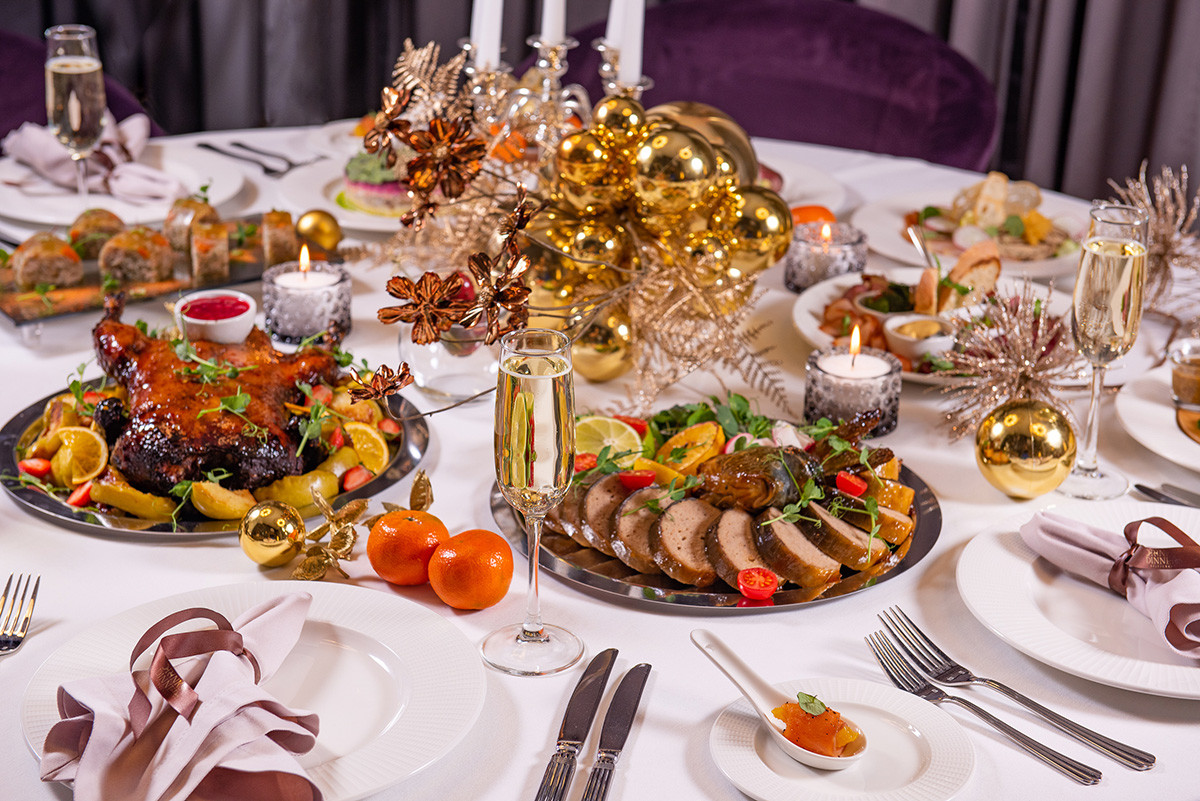 1. Mix all the ingredients for the marinade, and marinate the duck; leave for 24 hours.

2. Bake the duck under foil at 140°C for 3-4 hours. Check by piercing the fleshy part of the duck with a knife and pressing — when ready, the juice will be transparent. Remove the foil, smear with teriyaki sauce and bake at 180°C for 30 minutes more until golden brown.

3. For the side dish, fry the apples in a pan with the sugar and honey until golden brown.

4. For the cowberry sauce, mix the cowberries, sugar and balsamic vinegar in a deep saucepan and bring to a boil. As soon as the cowberries give juice, remove the pan from the heat, run the mass through a blender, and filter through a sieve.

5. Serve the duck and apples on a large platter, drizzle with cowberry sauce. 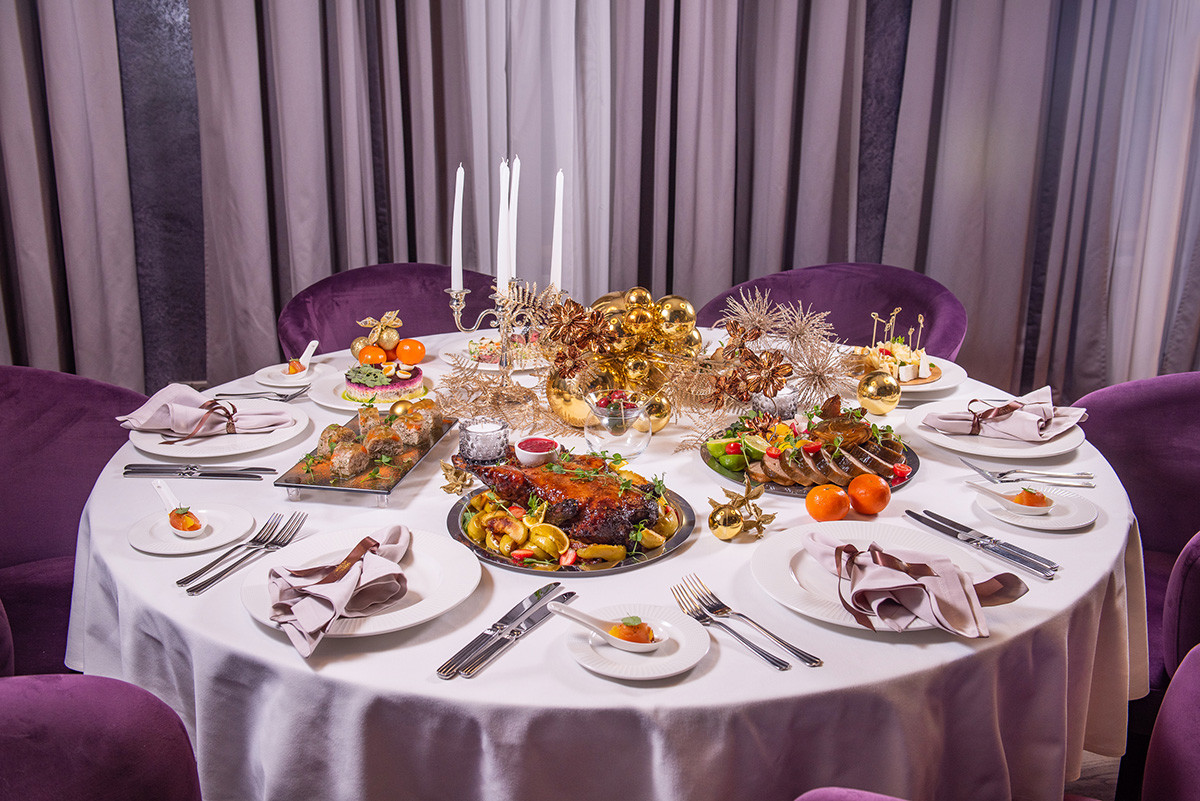