How to bake Russia’s amaranth bread that fosters longevity (RECIPE) 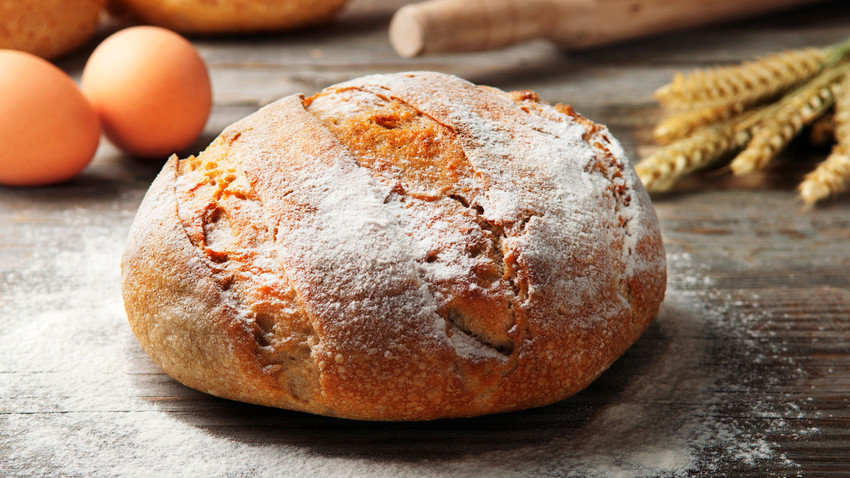 Russia’s “out of this world” bread will help you to live longer!

Legion Media
For many centuries amaranth has been undeservingly forgotten, but nevertheless its incredible health benefits can help people live longer and healthier.

Let’s first decipher the word ‘amaranth’. ‘Mara’ is the goddess of death, and the prefix ‘a’ means negation in Latin. Therefore, amaranth means ‘the one who denies death’, or rather ‘the one who gives immortality’. For 8,000 years amaranth was one of the main crops in South America and Mexico, where it was used not only to bake bread, but also to make amrita – the drink of the gods, and the ‘nectar of immortality’.

In Russia, amaranth has been used as a food supplement for various dishes since ancient times, predominantly in villages due to its availability since it grew in every field. People baked amaranth bread, in which the main ingredient was amaranth flour, and sometimes even amaranth seeds and oil. This bread was considered a means to achieve longevity. According to legend, elders lived for an incomparably long time; some mention the figure of up to 300 years. 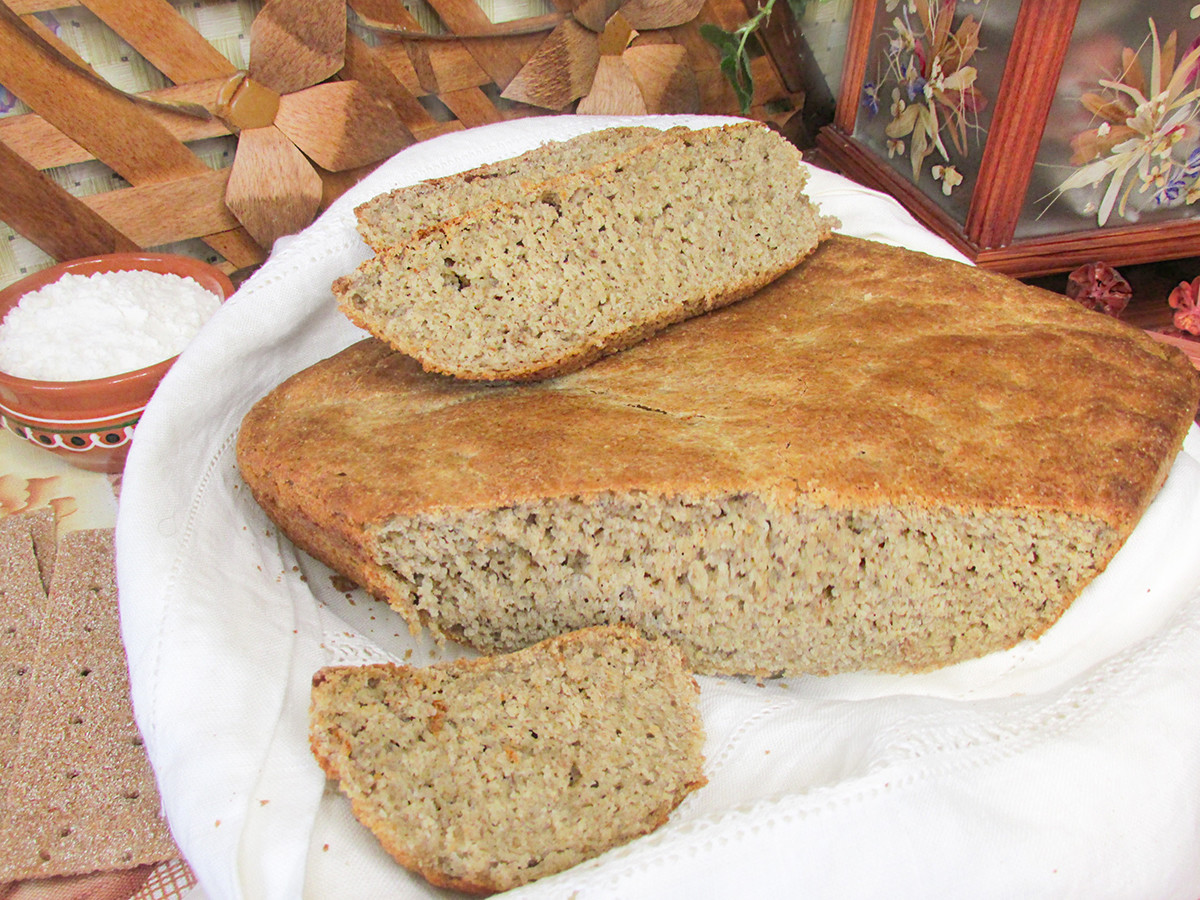 All parts of this plant contain oil, starch, various vitamins, micronutrients, pectin, carotene, lysine and mineral salts. Apart from amaranth flour, seeds and oil, people also used the leaves, adding them to salads. The plant was cultivated in Russia in the Middle Ages, before the reforms of Emperor Peter the Great, who had forbidden the cultivation of amaranth. The motive for such a reform isn’t known for sure. We are fortunate that in our time amaranth is widely available, and everyone can use it to bake bread. 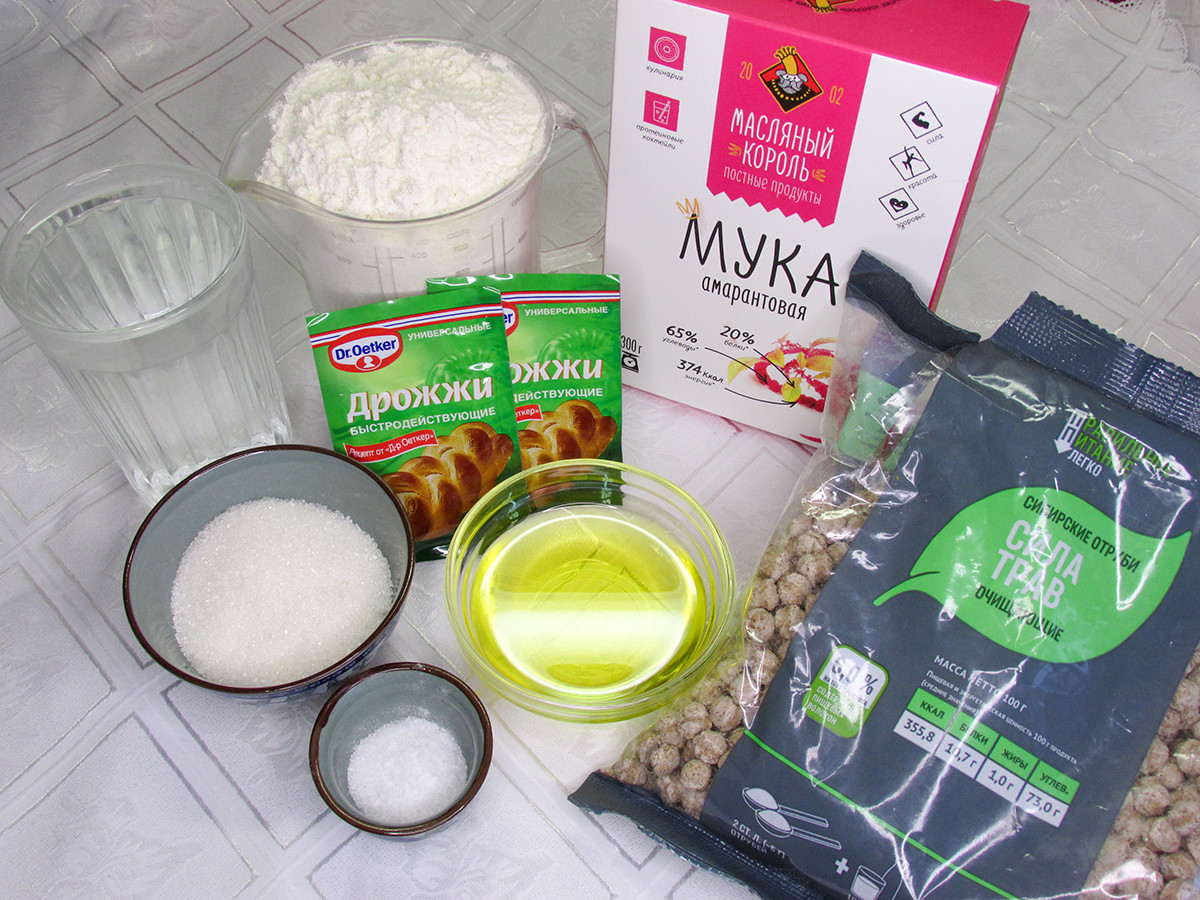 1. The first step is to sift together all the dry ingredients (both sorts of flour, sugar, salt, yeast, wheat bran), and mix them. 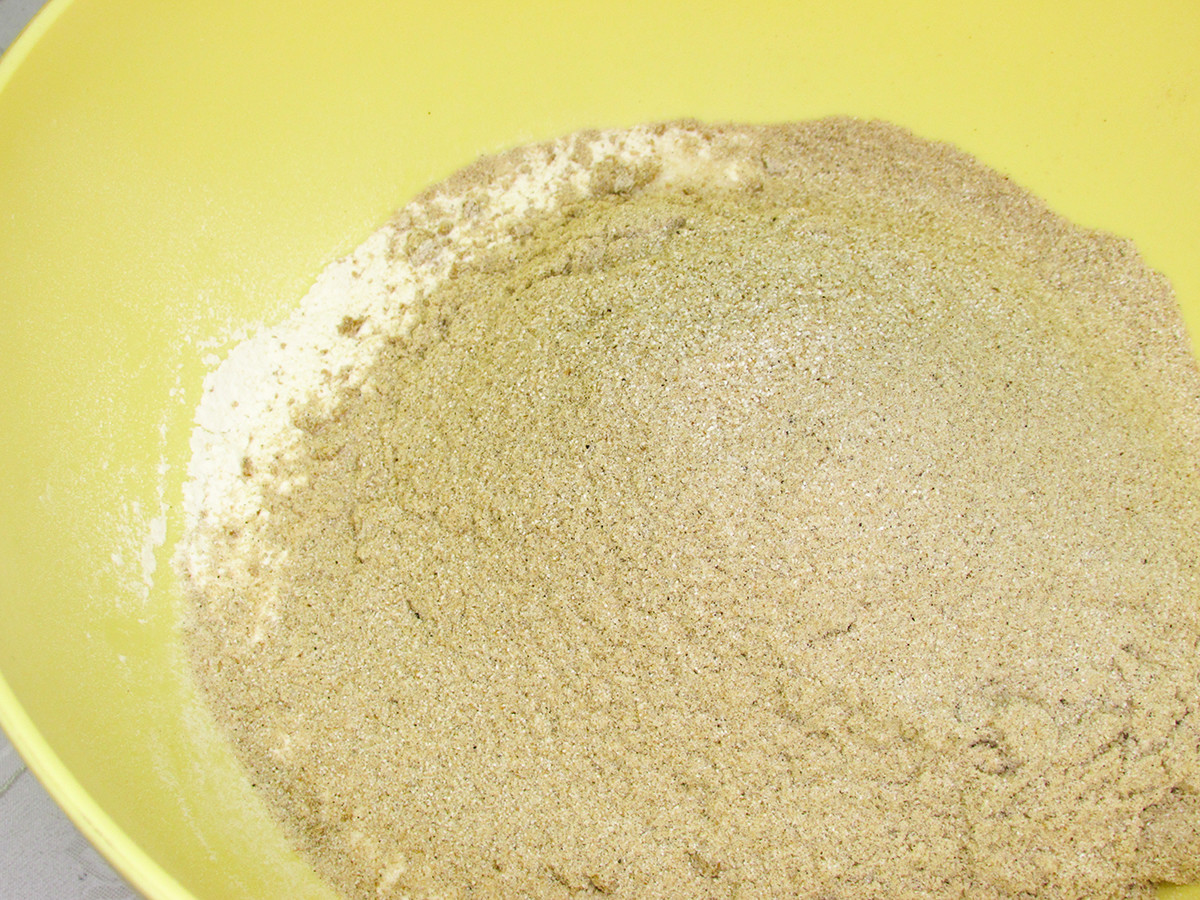 2. Dissolve yeast in warm water and add to the dry mixture. Fill in the oil and mix the dough carefully. It will be quite sticky. 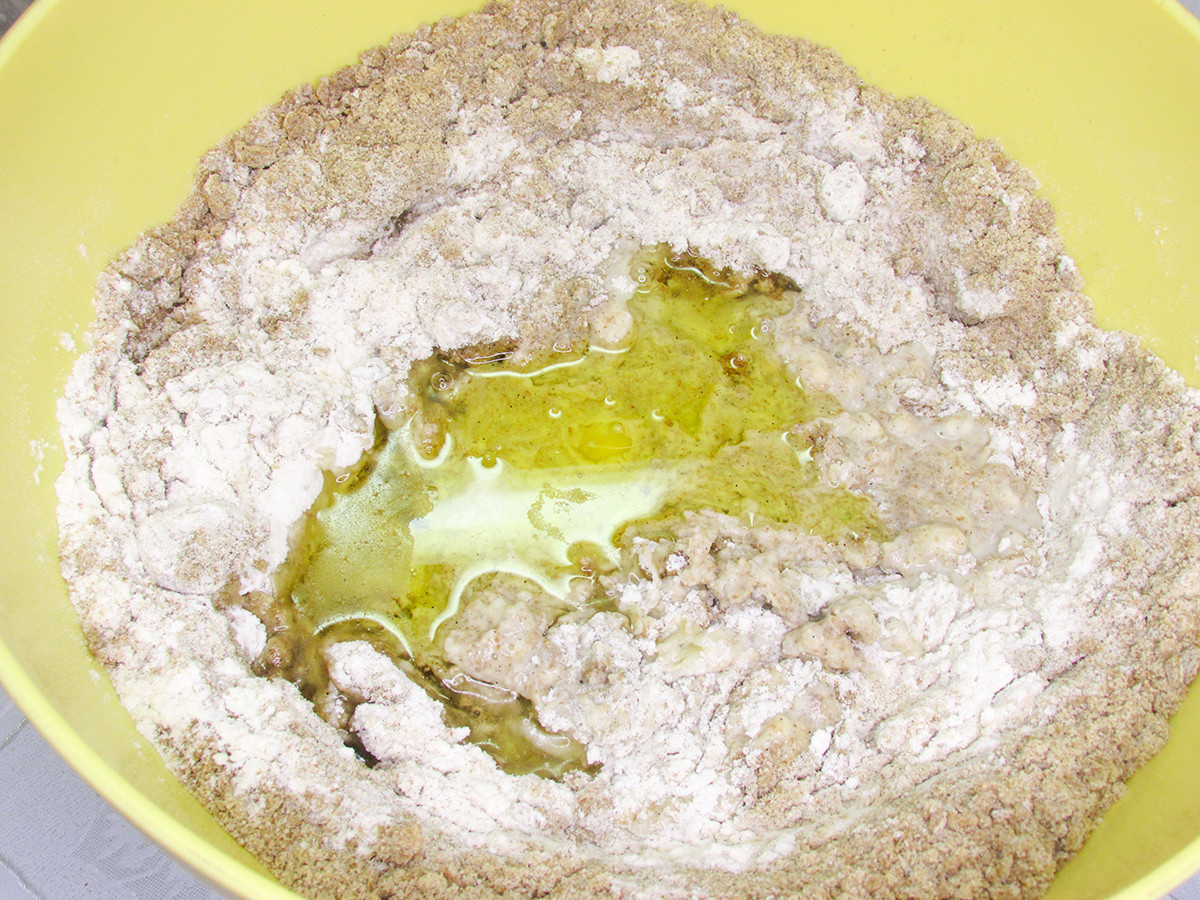 3. Richly grease the dish in which the dough will sit with oil; place the dough in and cover it with a clean kitchen towel and put it in a warm place for an hour and a half. You can see on the photo how well the dough ‘rose’. 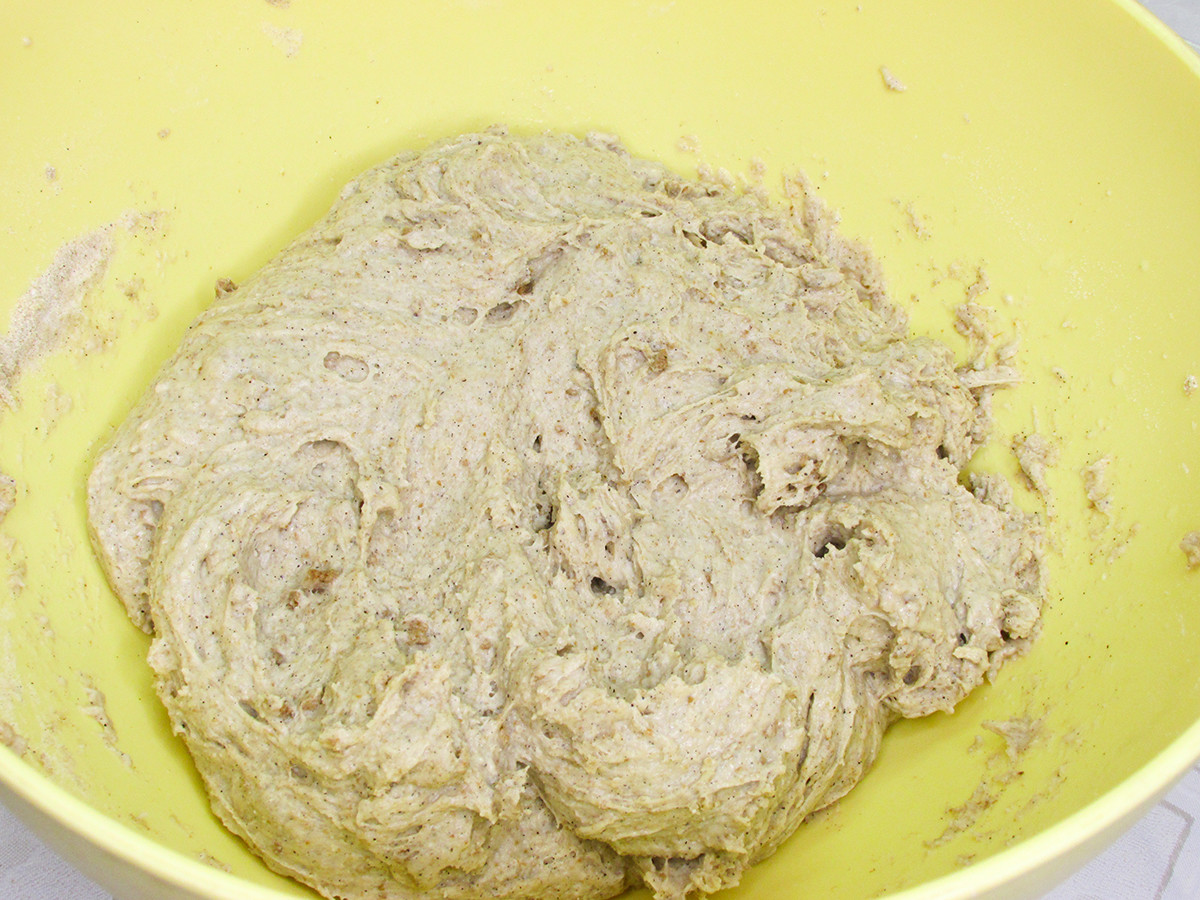 4. Place the dough into a baking form greased with oil and let it sit under the kitchen towel for another 20 minutes. 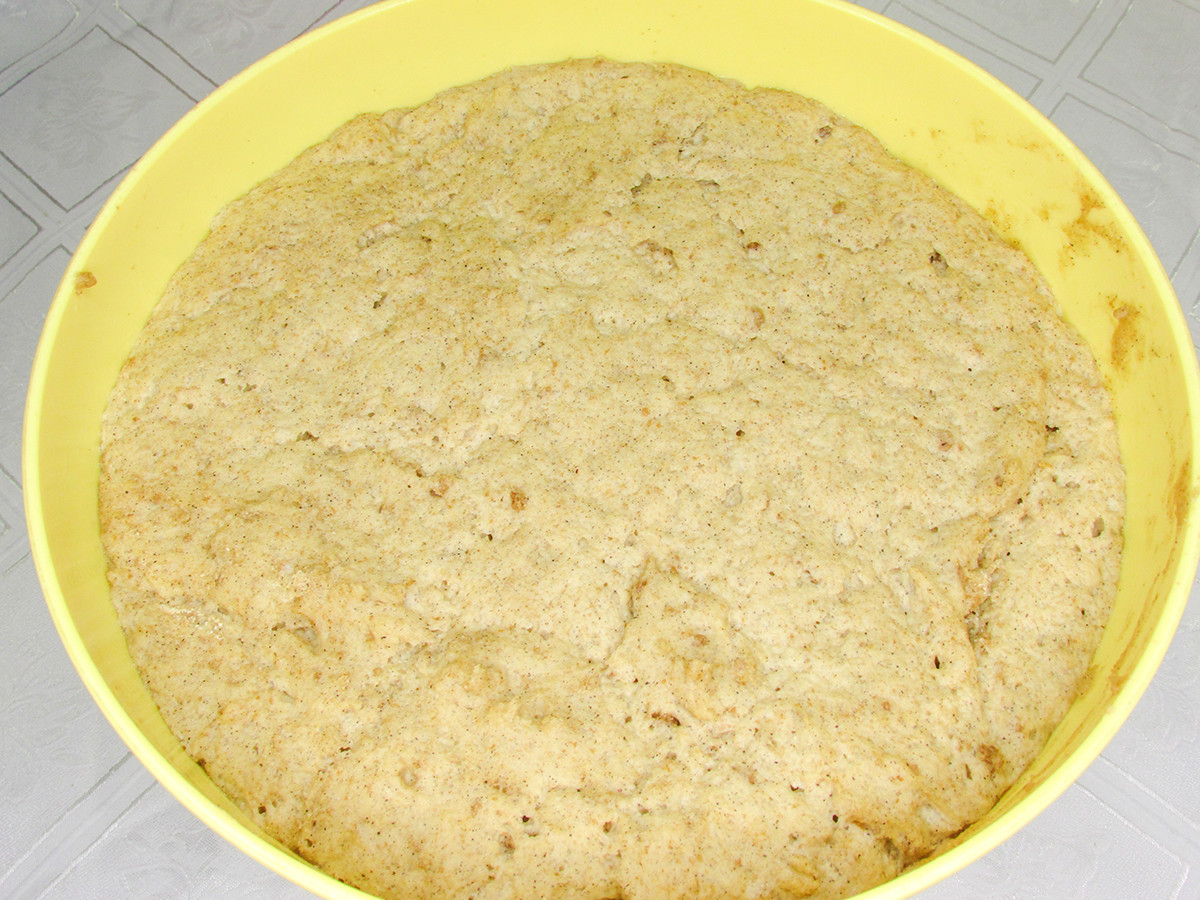 5. Bake amaranth bread in an oven preheated to 220 degrees Celsius for 35 minutes. 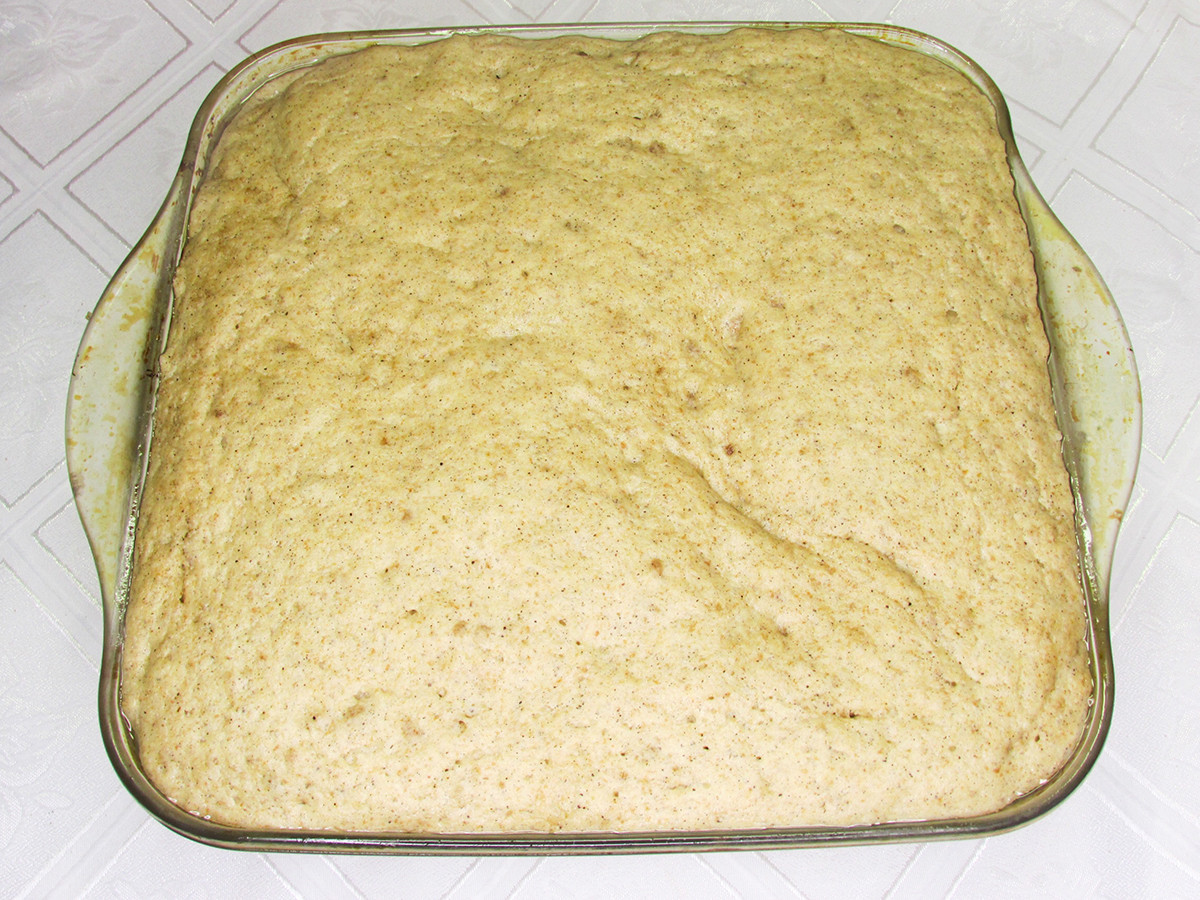 6. Wrap our healthiest bread in a linen towel to let it cool a bit. Now our homemade nutritious multigrain bread is ready. Enjoy it! 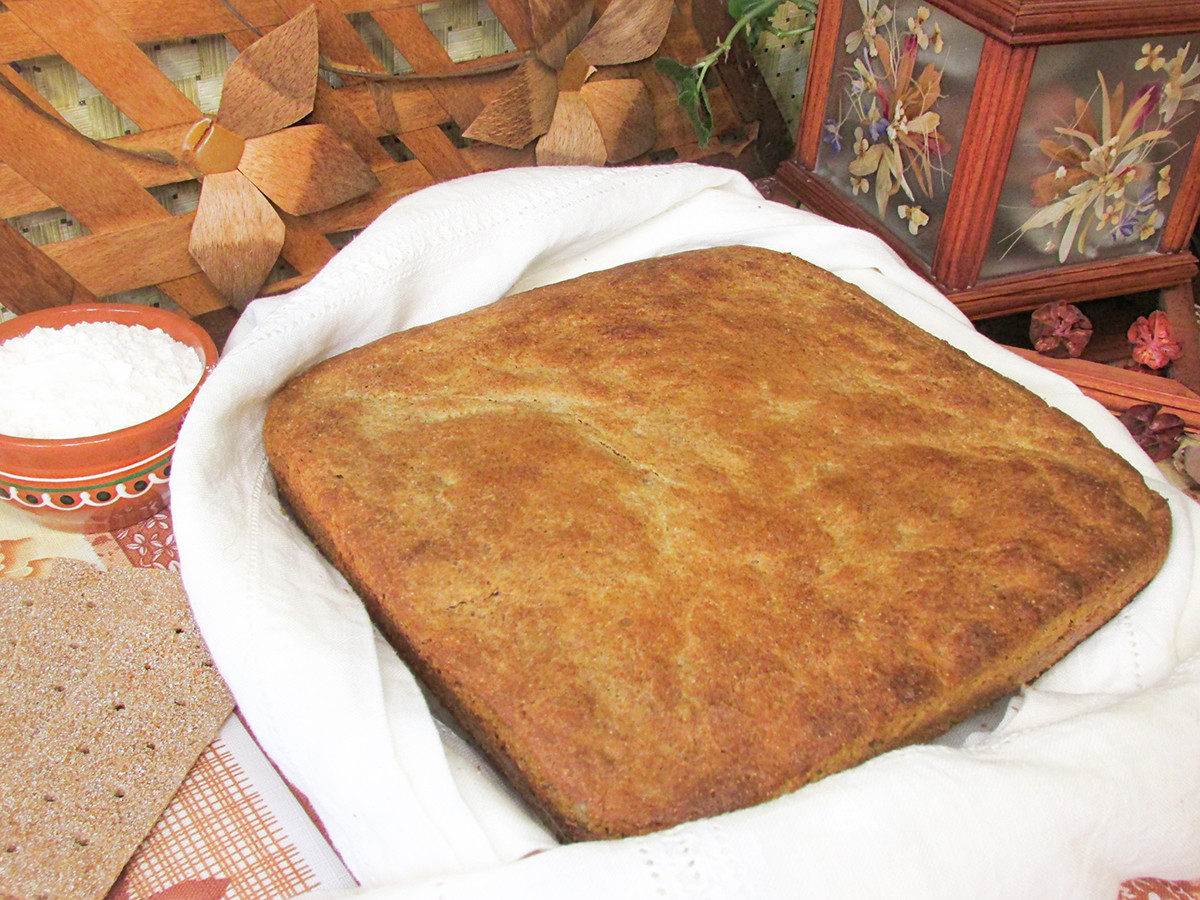 READ MORE: Caucasian secrets of longevity: What to eat if you want to live to 100!