How Soviets made BBQ parties outside (PHOTOS)

Russian Kitchen
Eleonora Goldman
Grilled meat on a skewer (called shashlik) is still one of the most beloved dishes in Russia and people make it simply everywhere: in the countryside, by the lakeshore - and even on the balcony!

1. Shashlik is a traditional Caucasian dish that joined the Russian cuisine in the late 19th century and, in Soviet times, it became synonymous with spring and summer weekends. 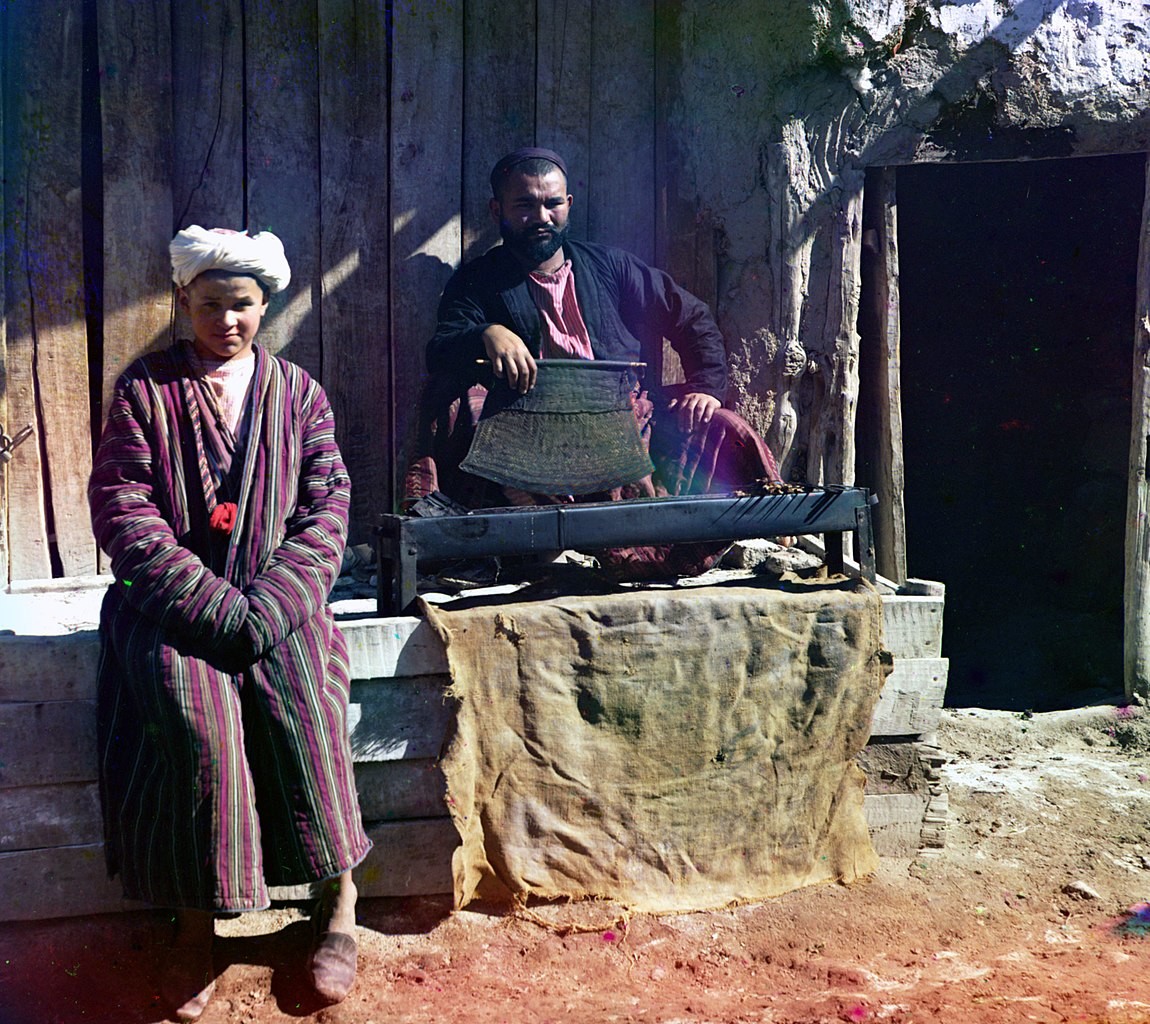 2. Making BBQ feasts outside was especially popular during the May holidays (Soviets celebrated May 1 - Labor Day and May 9 - Victory Day. Several days between these two were also state holidays). It’s impossible to imagine the first May weekends without making shashlik outside! 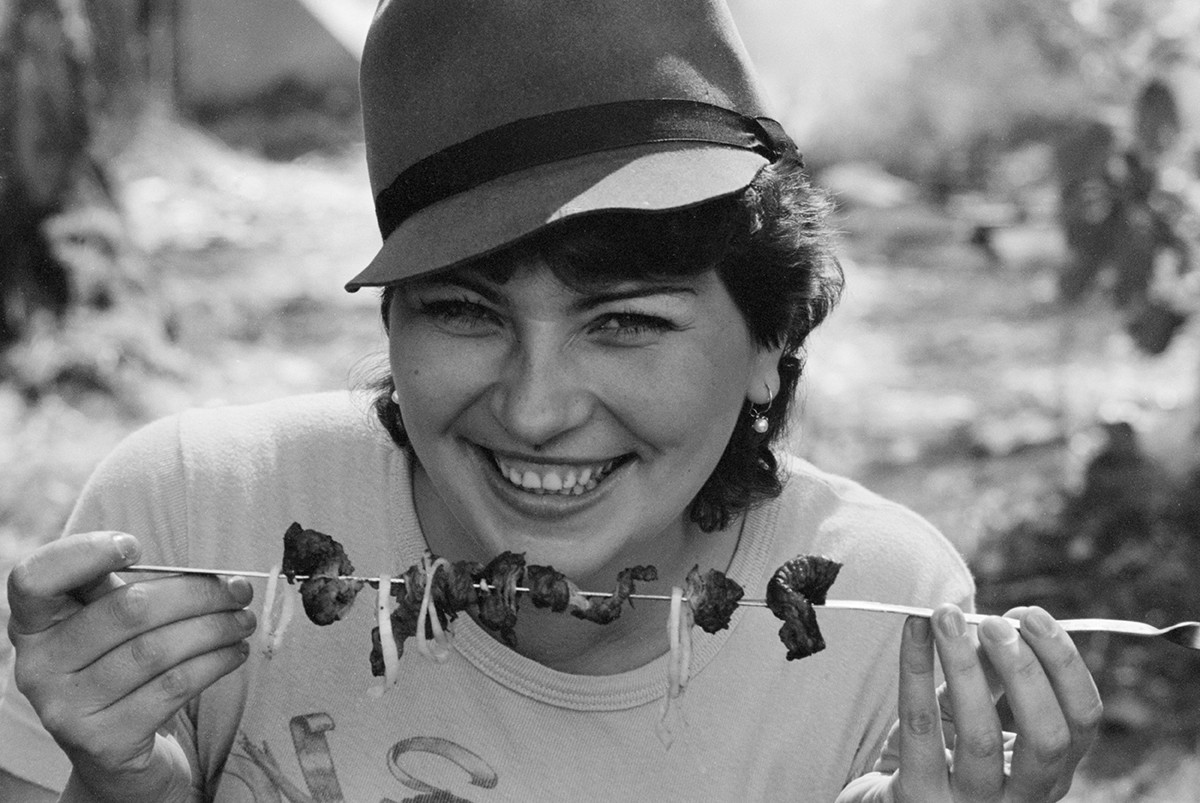 3. Soviets would organize BBQ feasts with friends and relatives literally everywhere: at the dacha, in residential block courtyards, along riverbanks and shores. 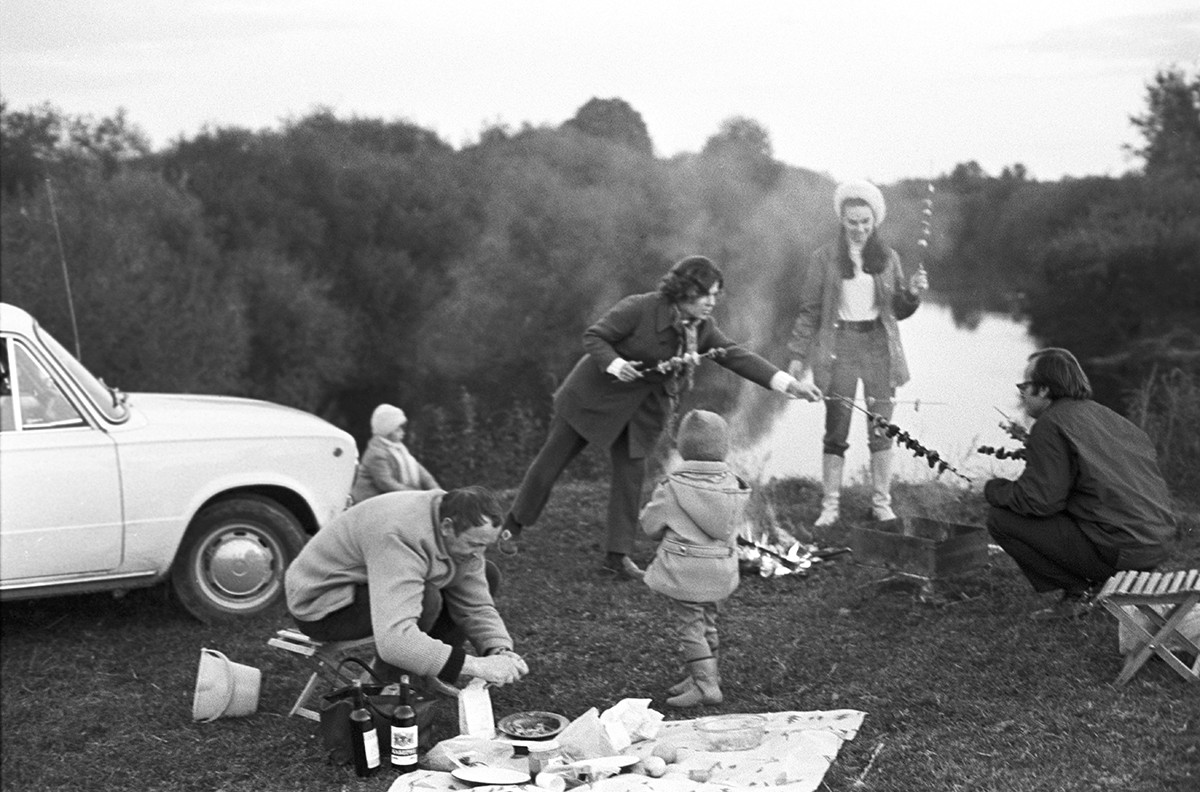 4. Cooking shashlik was considered as a “man’s job”: every Soviet man had his own recipe of marinade and favorite type of meat. Marinade usually consisted of salt, pepper, lemon and vinegar or sparkling water like Borjomi. Some people added “secret ingredients”, such as kefir, oriental spices or mint. 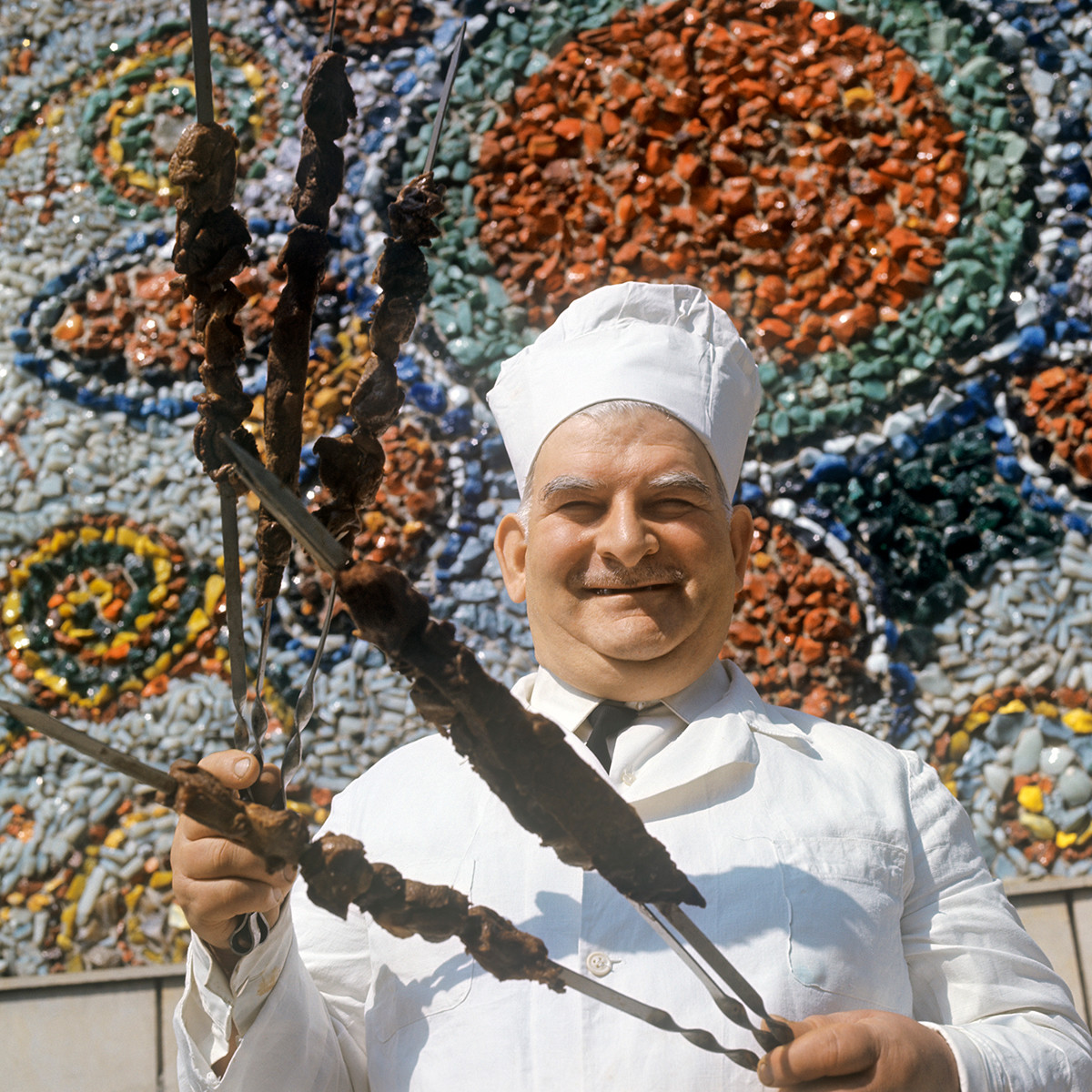 5. Most often, Soviets used pork neck, lamb meat or chicken thighs for their shashlik. The meat shouldn’t be too lean, otherwise the dish would be dry. 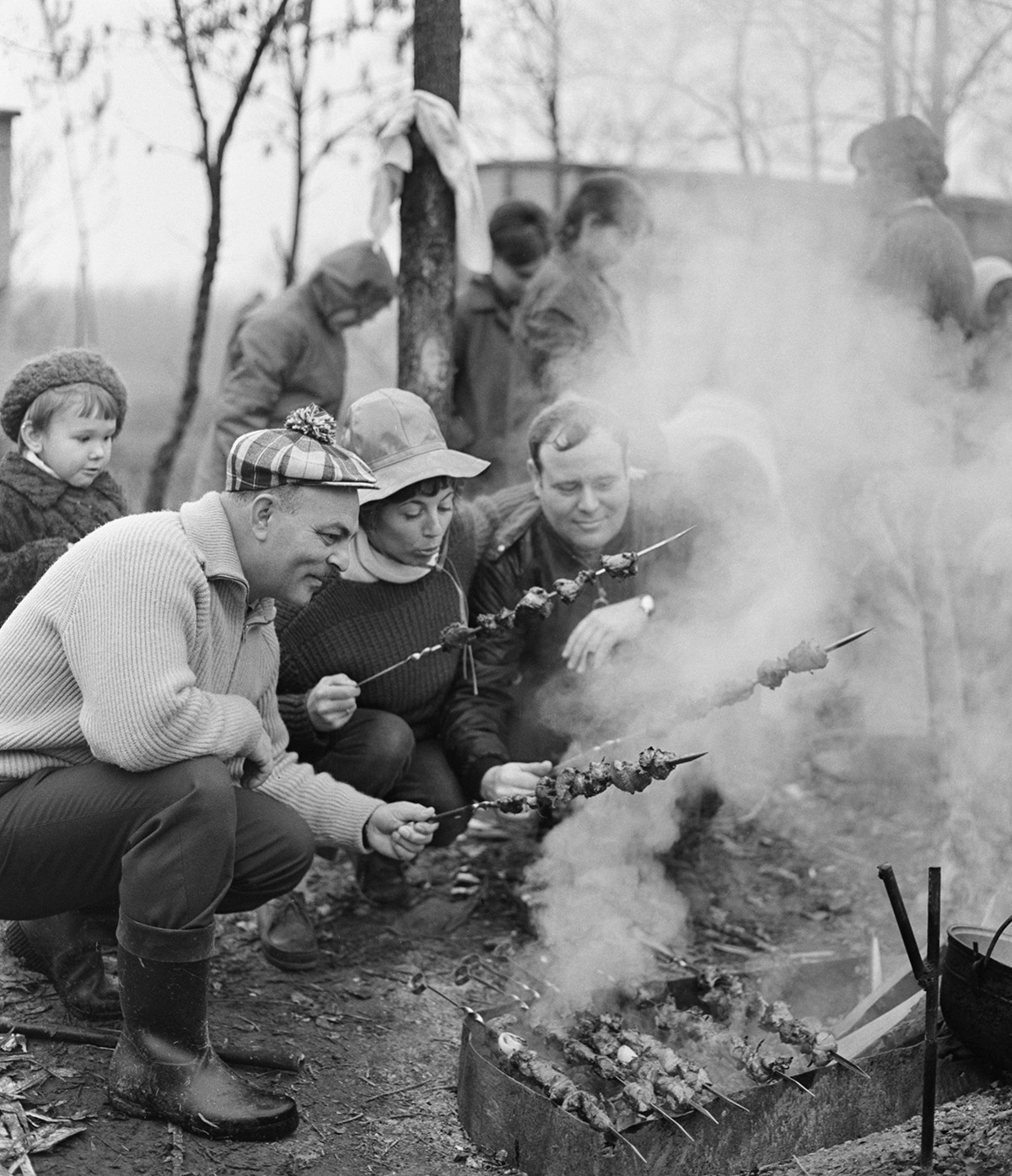 Grozny. French, German and Soviet engineers grilling meat on their day off, 1970.

6. Interestingly, in Soviet times, making shashlik was a kind of team building: when foreigners came to the USSR, they were usually invited to BBQ parties and not only as guests, but also as cooks. 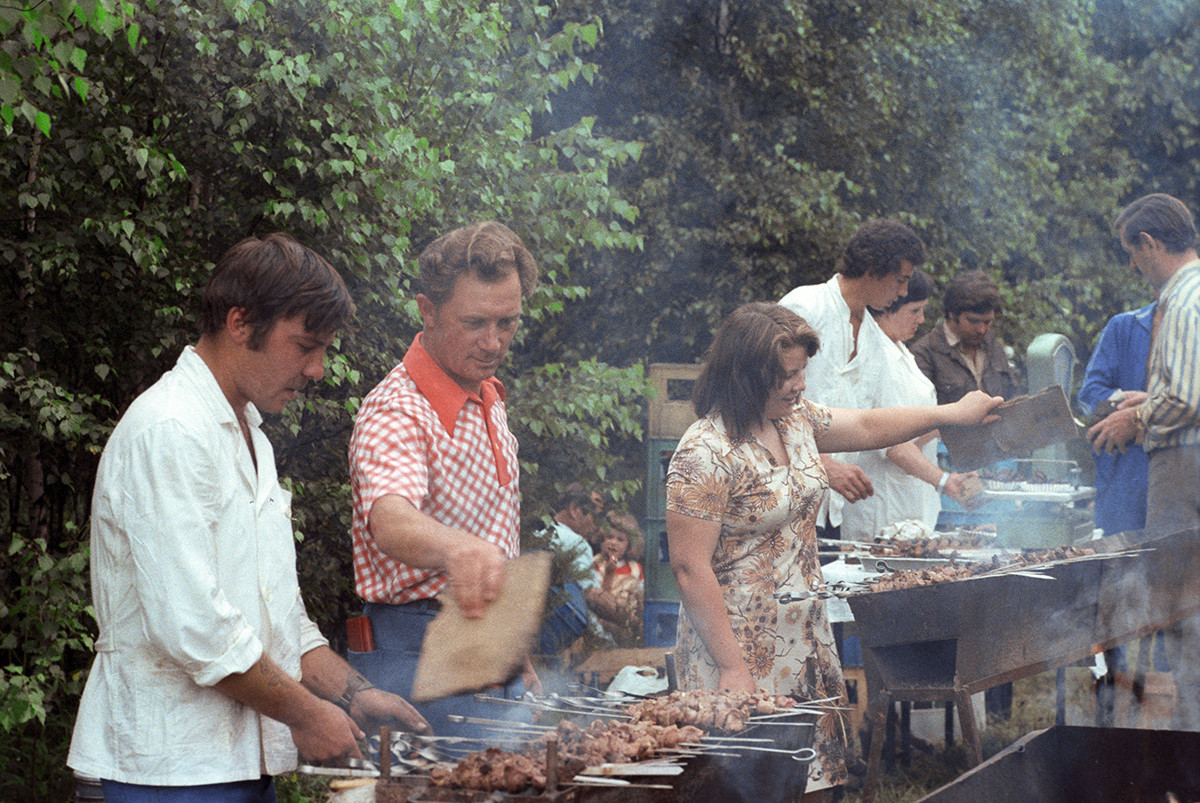 7. Cooking shashlik was a thing that united people of all ages and nationalities. Even in the highest circles, politicians and diplomats would do it! And they’d make the shashlik themselves and have fun. 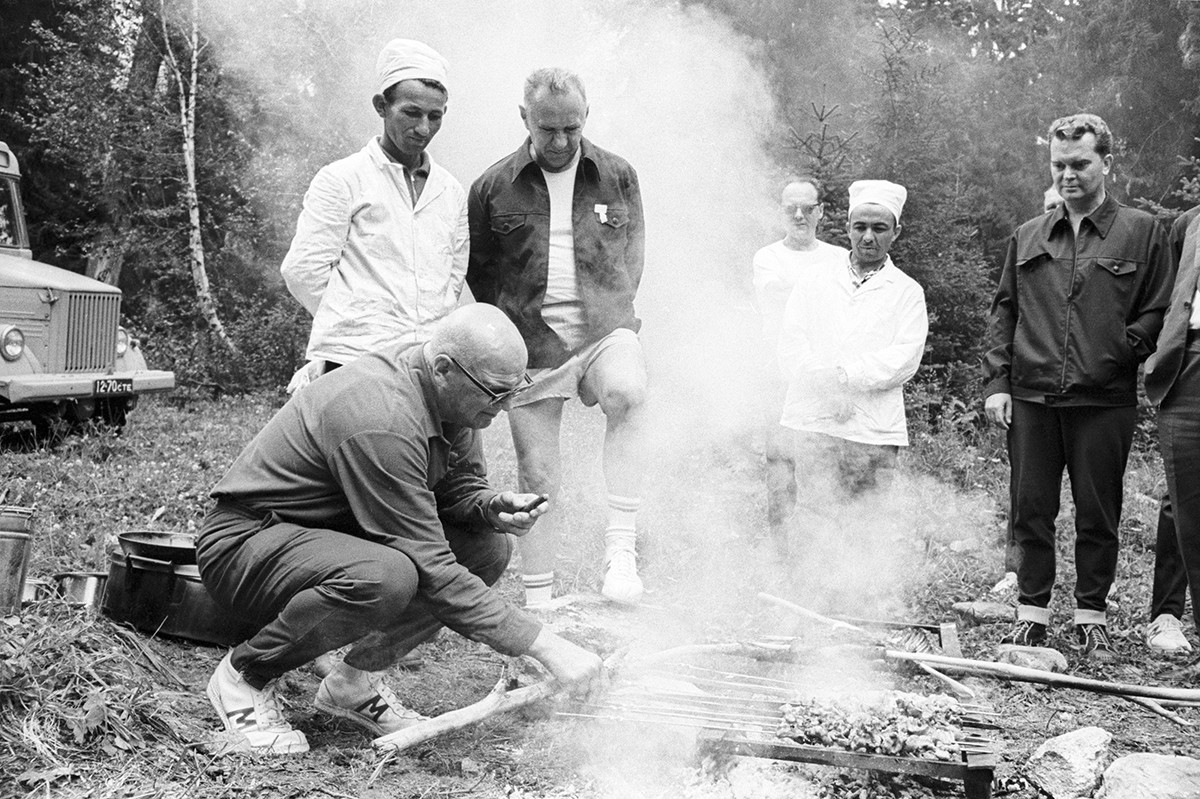 North Caucasus. Chairman of the Council of Ministers of the USSR Alexey Kosygin and President of Finland Urho Kekkonen grilling meat. 1969.

8. All you needed to make shashlik you could buy in the nearest store: a portable mangal, some skewers and coals to make the fire. 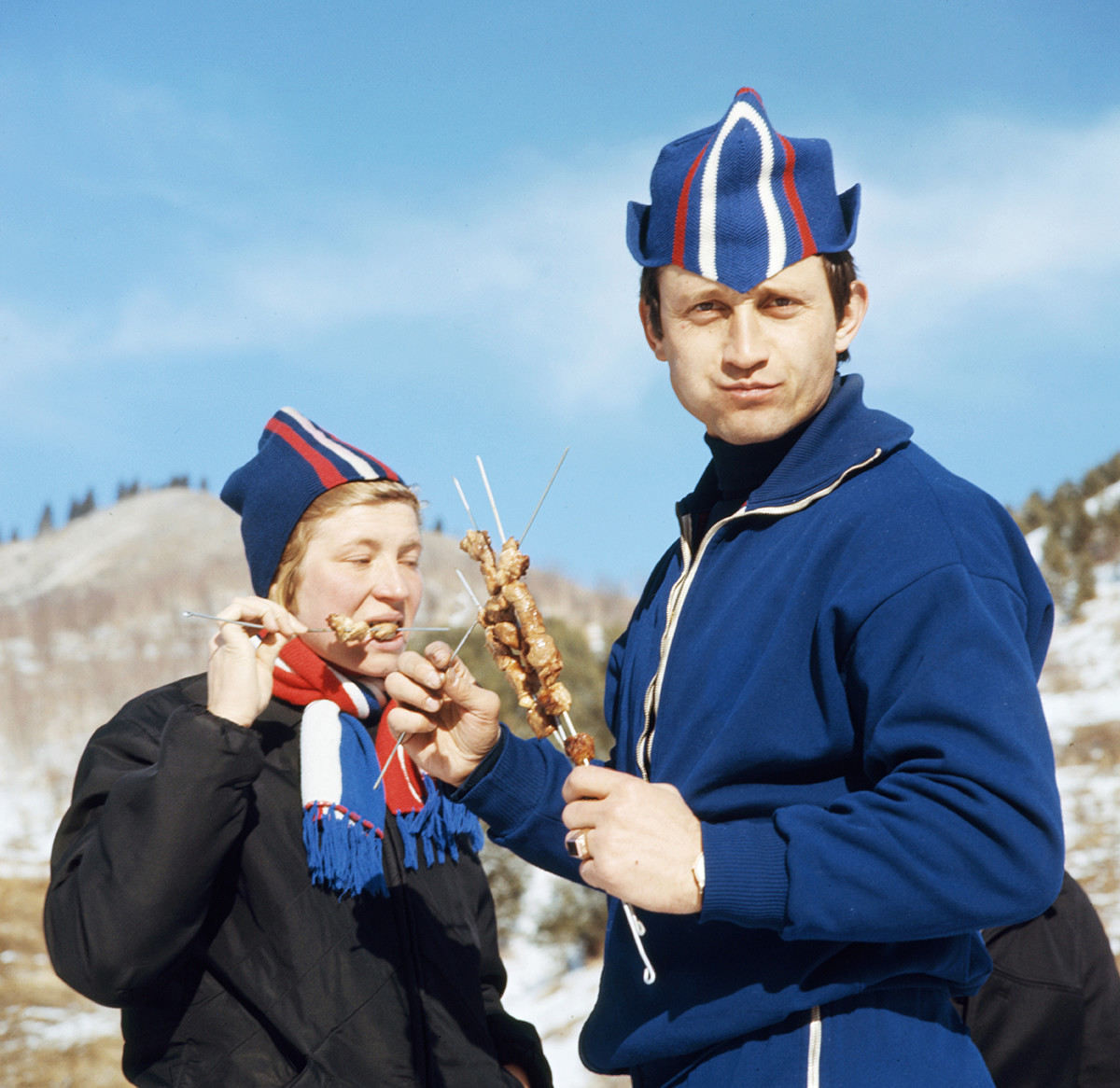 9. Besides making it yourself, shashlik was one of the most popular street foods across the Soviet Union: you could order it from Baltics to the Far East and even in high mountain cafes. 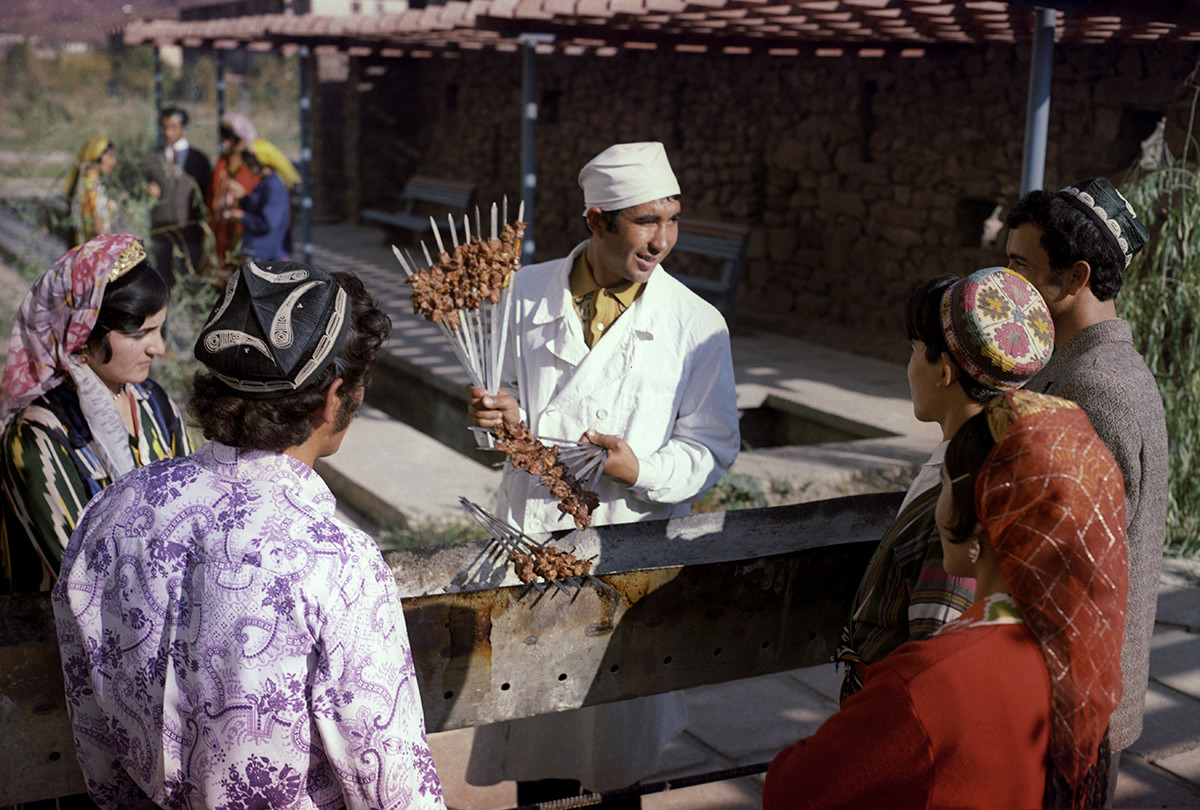 The Tajik SSR. A shashlik seller in the city of Nurek, 1973.

10. For those who couldn’t go outside, the Soviet industry created an electric mangal (that didn’t smoke). However, there were some people who grilled on their balconies - and it was so widespread that such scenes were even depicted in Soviet movies. Incidentally, a law prohibiting making BBQ on an apartment’s balcony was only adopted in 2019! 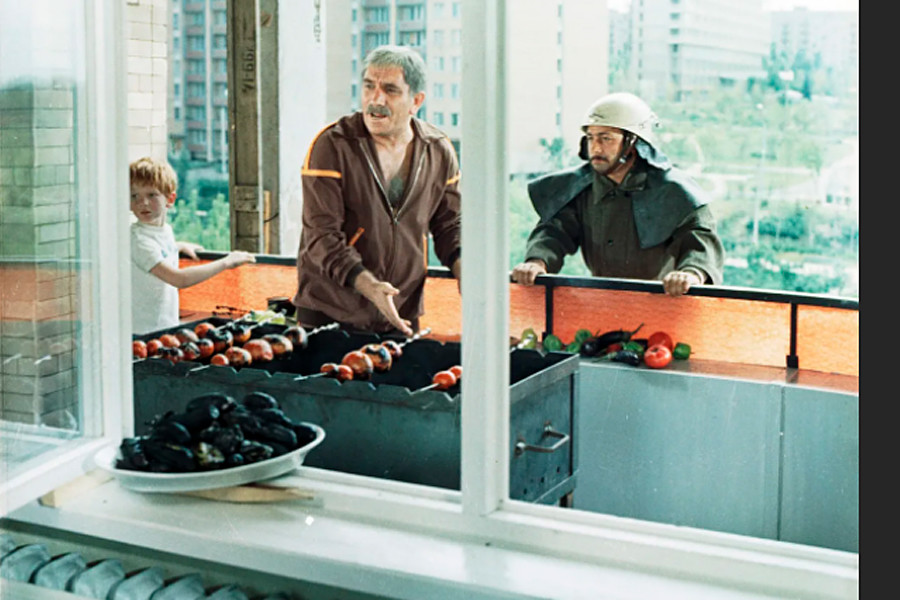 Scene from the movie ‘When September Comes’.