Where did the original Soviet beer come from? 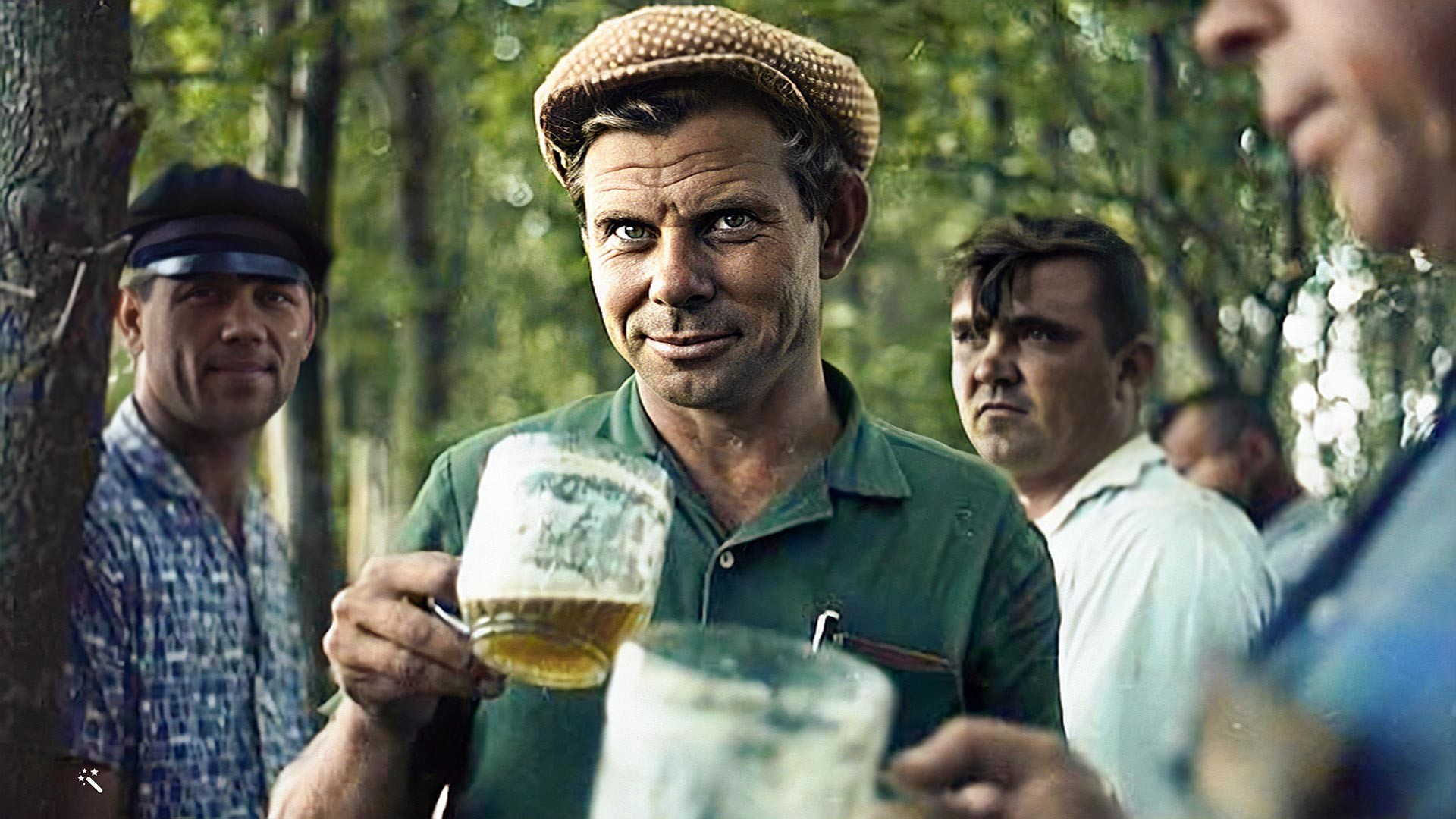 Vsevolod Tarasevich/MAMM/MDF/russiainphoto.ru
These days, the popular Soviet beer Zhigulevskoye is brewed in many places throughout Russia and abroad. But what are its origins? 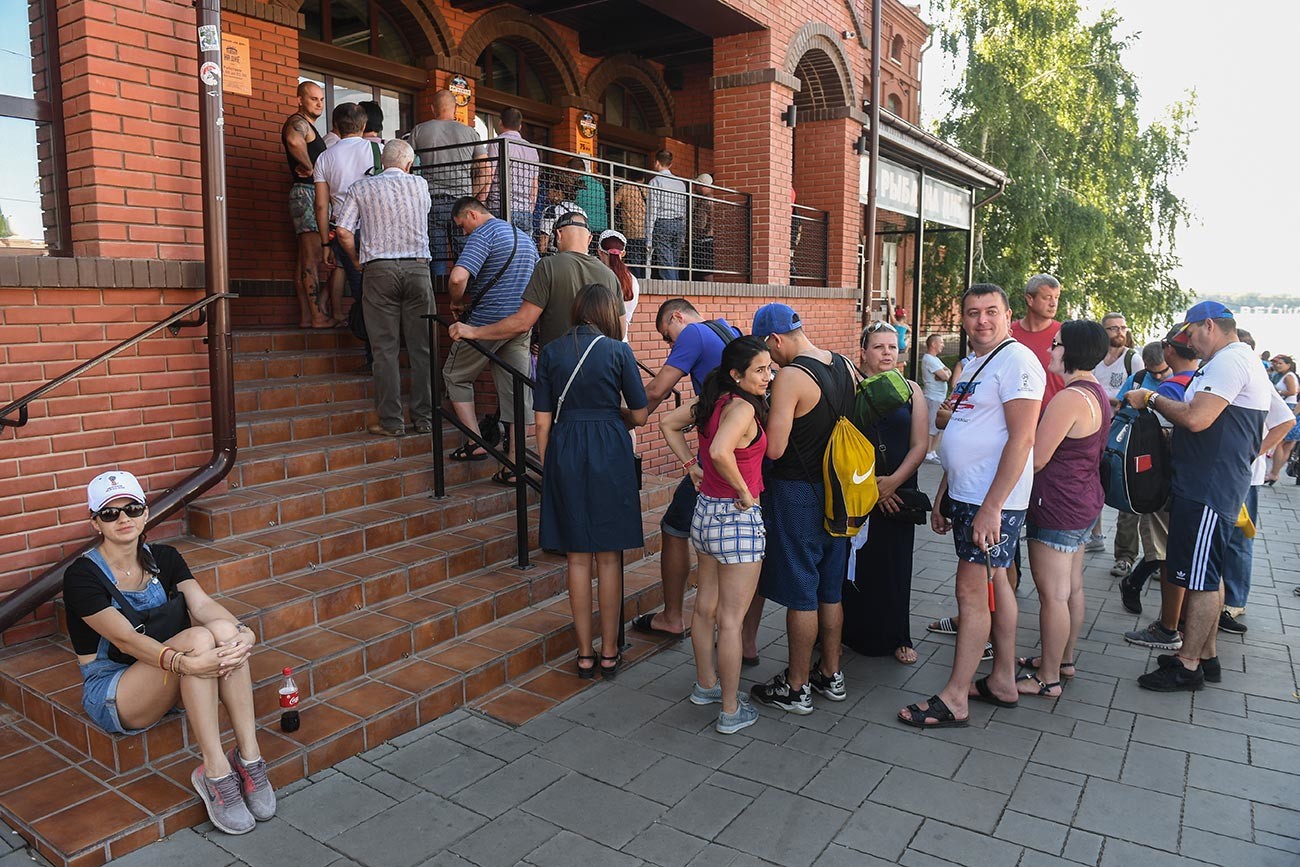 A queue to the bar near the plant.

The shop and bar at the Zhigulevsky brewery in the city of Samara on the Volga River is always busy. At any given time, customers are enjoying a few beers, either inside or near the takeaway window outside, or they are milling around waiting for a fresh batch of their favorite brew to be served. The beer is delivered to the store via an underground pipe, and locals say that it is far superior to what is available in shops elsewhere since proper Zhigulevskoye beer cannot be stored for more than a couple of days. 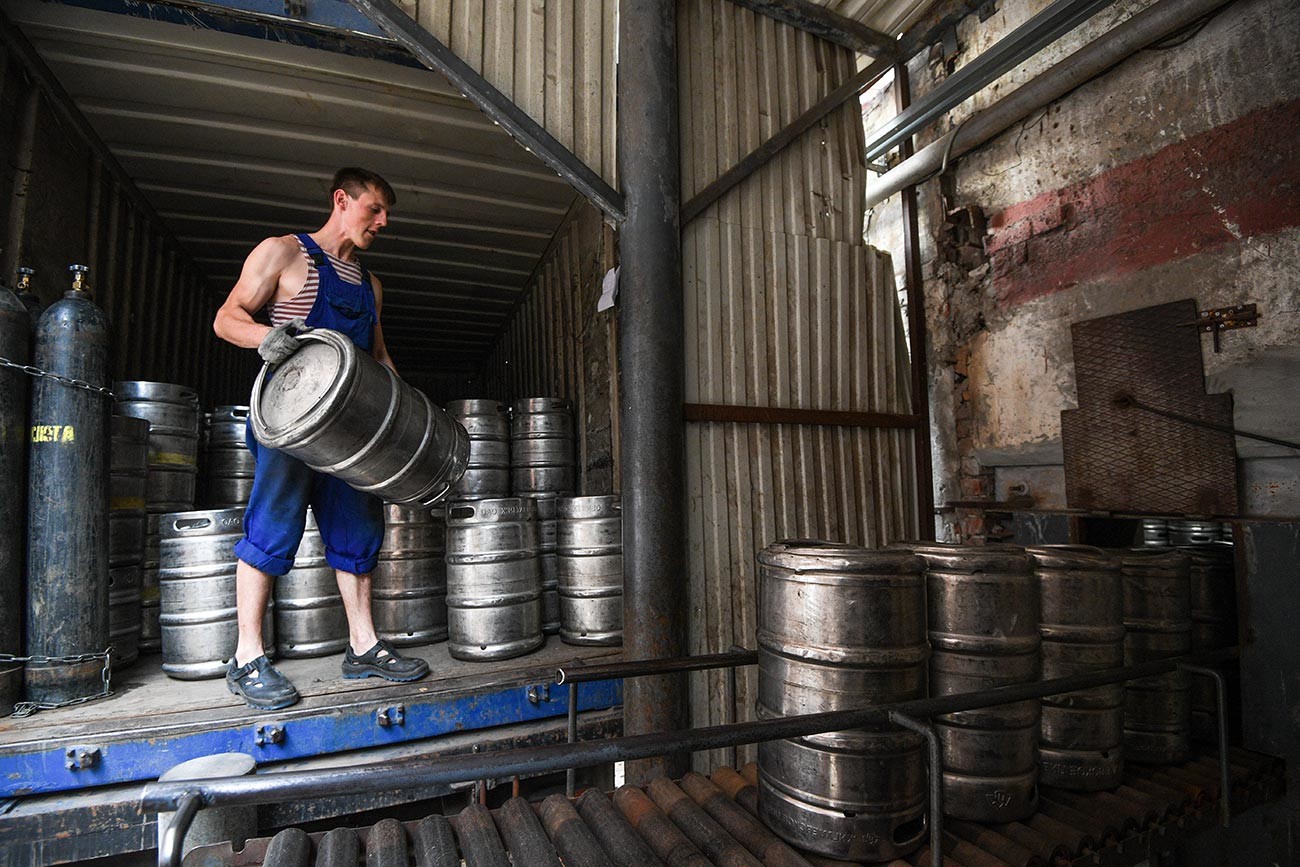 At the beer plant in Samara.

Despite a long queue, customers at the brewery shop are served quickly. Each customer eagerly removes the top from an empty bottle they have brought with them and hands it over to the shop assistant, who fills it with beer from a hose. The customer then quickly replaces the top before the foam begins to rise, and the shop assistant is already serving the next customer. 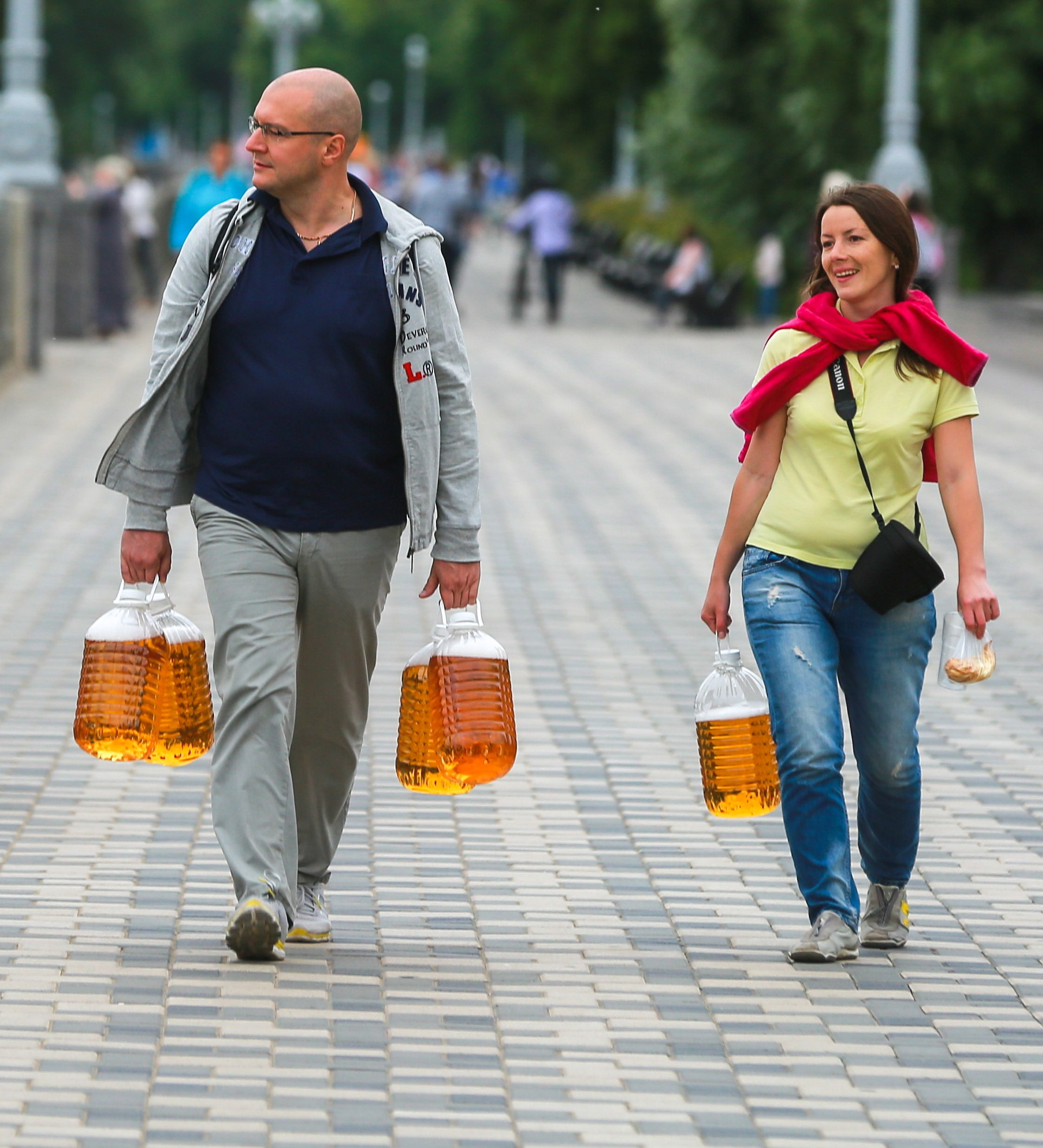 “The thing is that this is cask rather than keg beer, which is a better drink in hot weather,” says one local named Yegor Samsonov. “I remember how, as students, we would walk back home in order to save money for an extra liter of beer to buy here. And in the summer, when there were especially a lot of people, they would bring out an additional cistern and pour the beer directly from the hose." 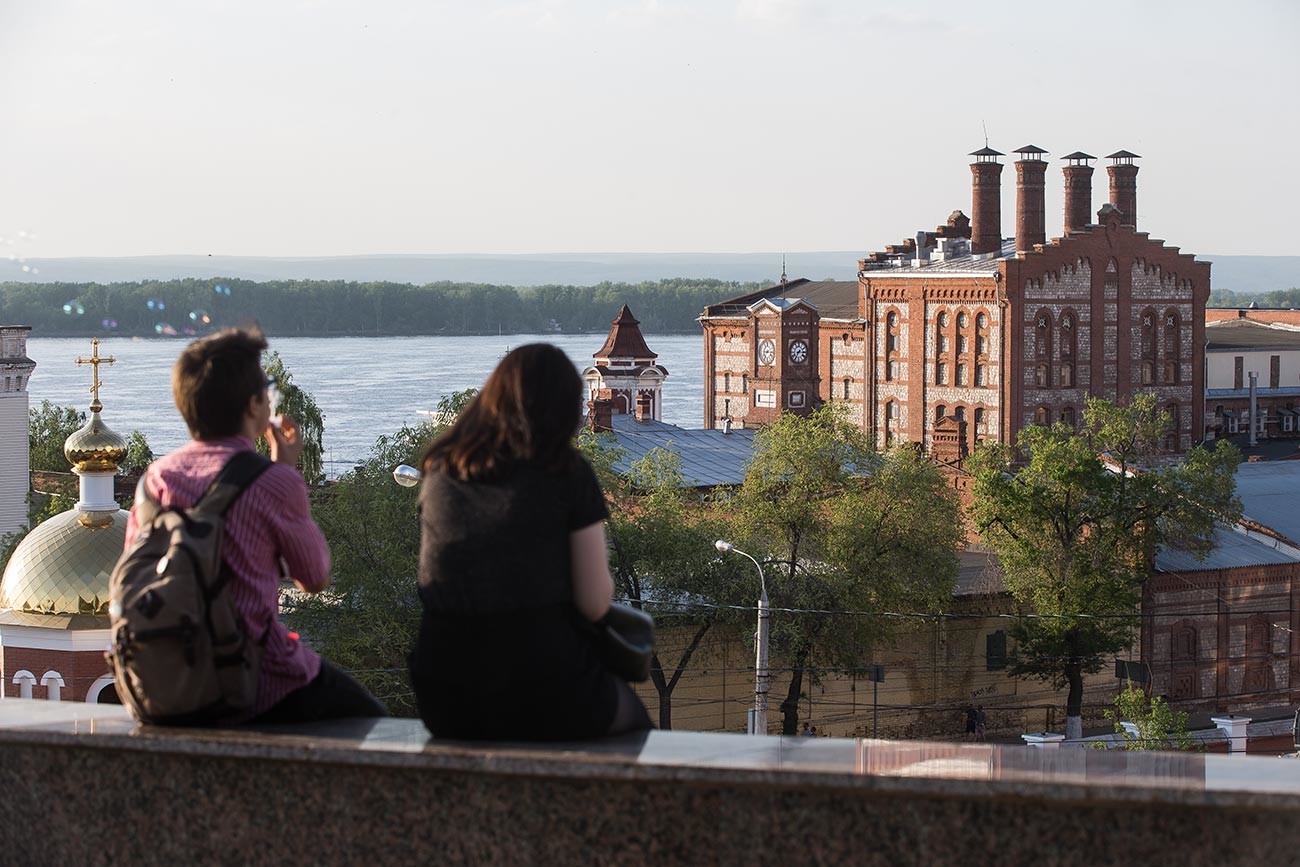 The view of the Zhiguli beer plant.

Zhigulevskoye is one of the most famous beers in Russia. It was brewed here on the banks of the Volga back in the 19th century and then became incredibly popular in Soviet years. The brewery was founded in 1881 by an Austrian national, Alfred von Vacano, who chose Samara for its clean water from the Volga and convenient transport links.

Zhiguli beer plant in the beginning of the XXth century.

Vacano named his most popular variety of beer “Viennese” after his homeland. The Samara-made beer under this name was sold not only in Russia, but also in pubs in Europe. The brewery had a network of warehouses stretching from Warsaw to Vladivostok. 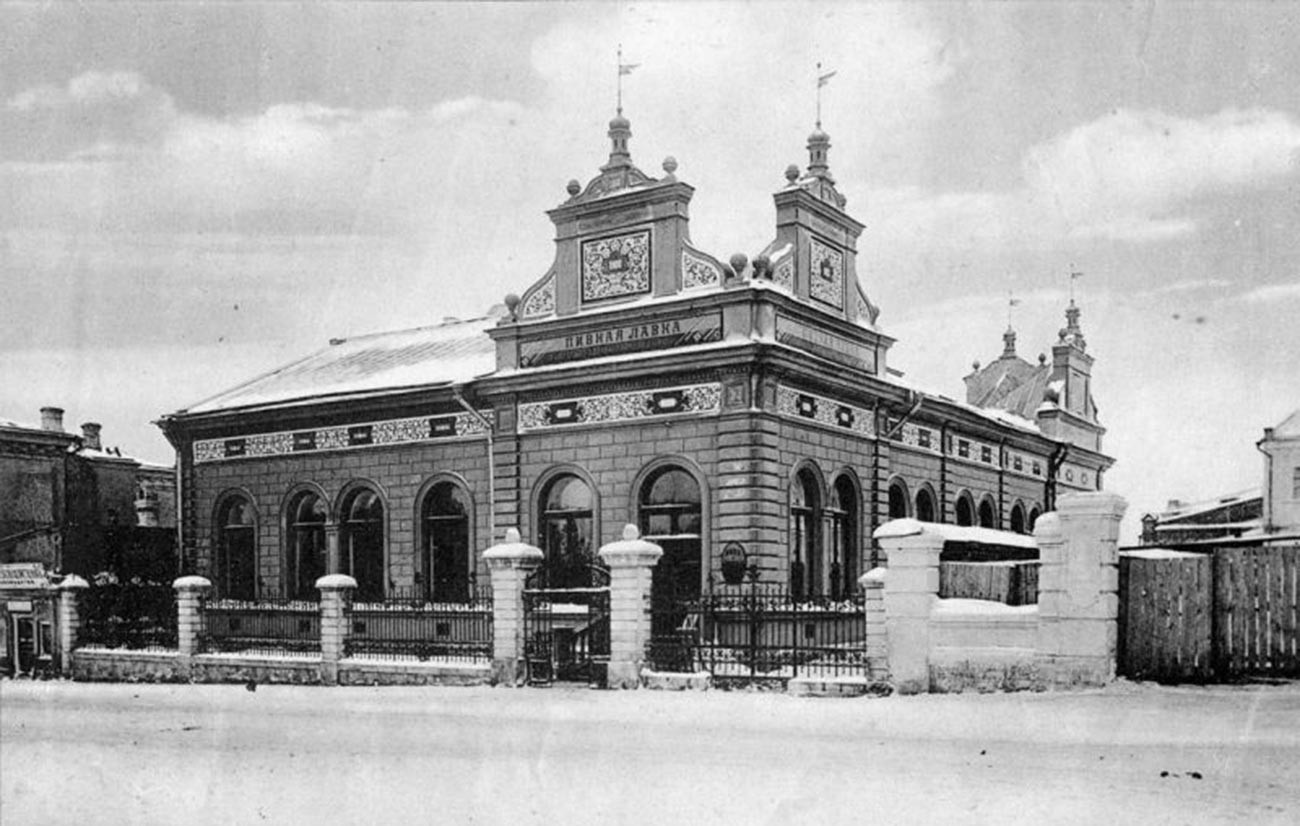 The old building of the beer store.

World War I dealt a heavy blow to the Russian beer industry. An imperial decree established a dry rule in the country, and Vacano himself was expelled from Samara on suspicion of espionage. After the 1917 Revolution, he and his family left for Austria. By this time, the brewery had already been nationalized but was no longer in operation. In the 1920s, Vacano's sons received permission to revive the brewery, but then just a few years later they too were forced to leave the country. The brewery became fully state-owned and has gone through many transformations since then. 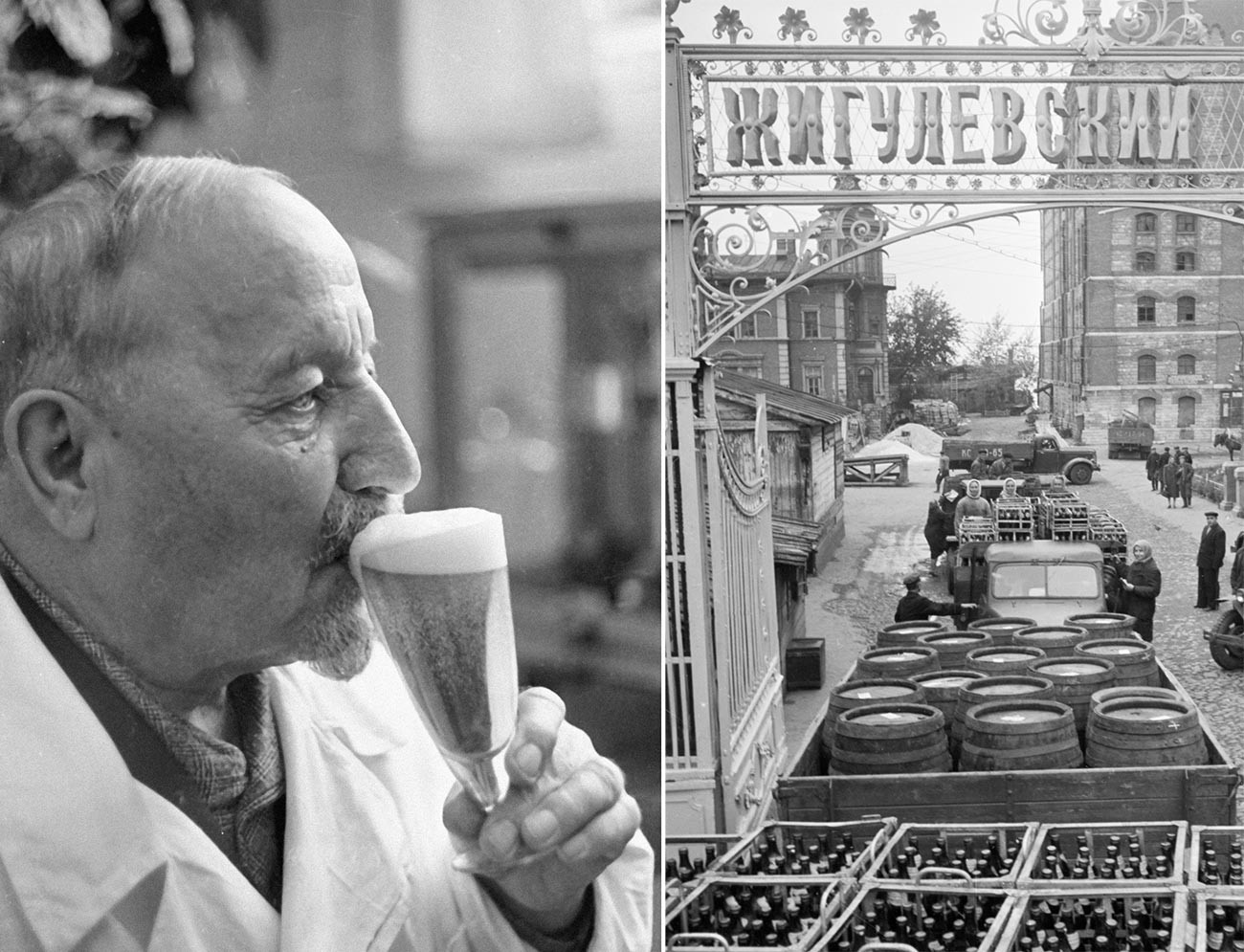 The plant's brewer Alexander Kasyanov and the view of the Zhiguli plant in Soviet times.

In 1934, the people's commissar of the food industry at the time, Anastas Mikoyan, paid a visit to the brewery. He was impressed by the quality of its beer but was infuriated by its “bourgeois” name. Thus, Viennese turned into Zhigulevskoye, renamed after the Zhiguli Mountains located on the other bank of the Volga. The brewery produced other beers as well, but they were less popular. 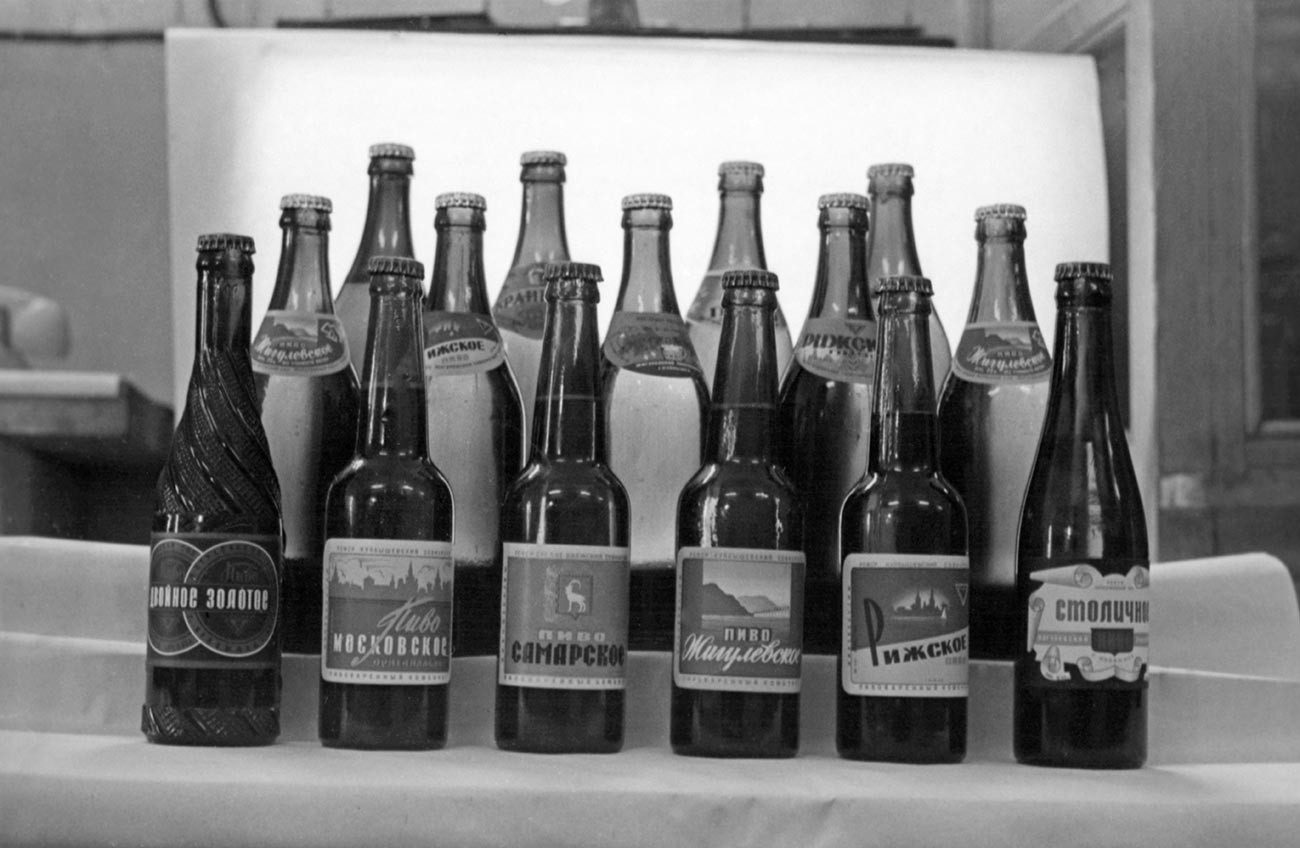 Many kinds of Zhiguli beer.

Like any other product in the USSR, Zhigulevskoye beer had to conform to state quality standards called GOST. It was a light lager beer with a minimum of 2.8% ABV and original extract of not less than 11%. GOST also regulated the types of raw materials used and the duration of fermentation. Under these standards, Zhigulevskoye beer was made at more than 700 breweries across the Soviet Union! 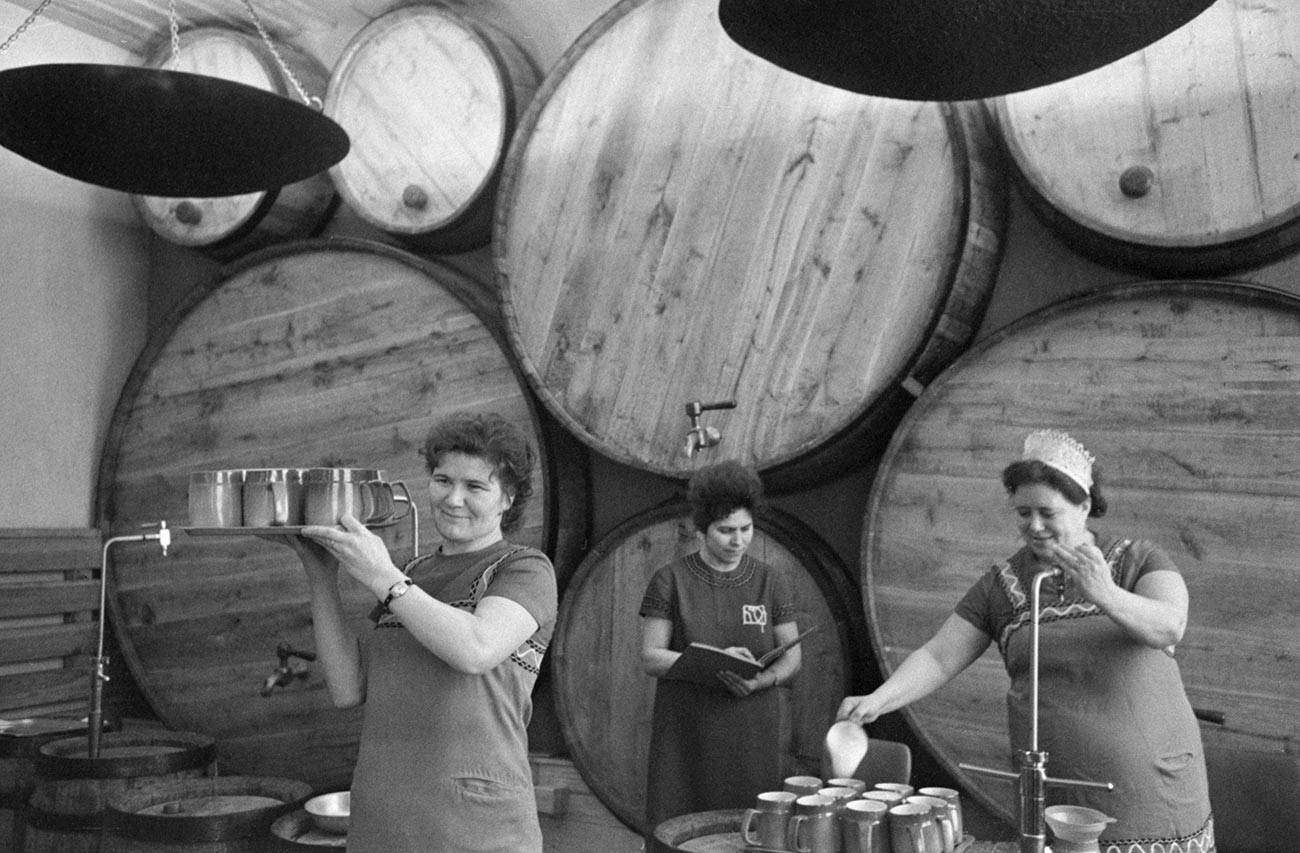 A tasting session at the Zhiguli plant.

Why so many? The thing is that Soviet beers were sold "live" and could not be stored for long—they lasted around a week at most, which is why the beer on sale usually came from the nearest brewery. They were either poured into customers’ own containers at take-away kiosks or sold at shops in glass bottles (which, once emptied, could be returned to the shop in exchange for a small fee). 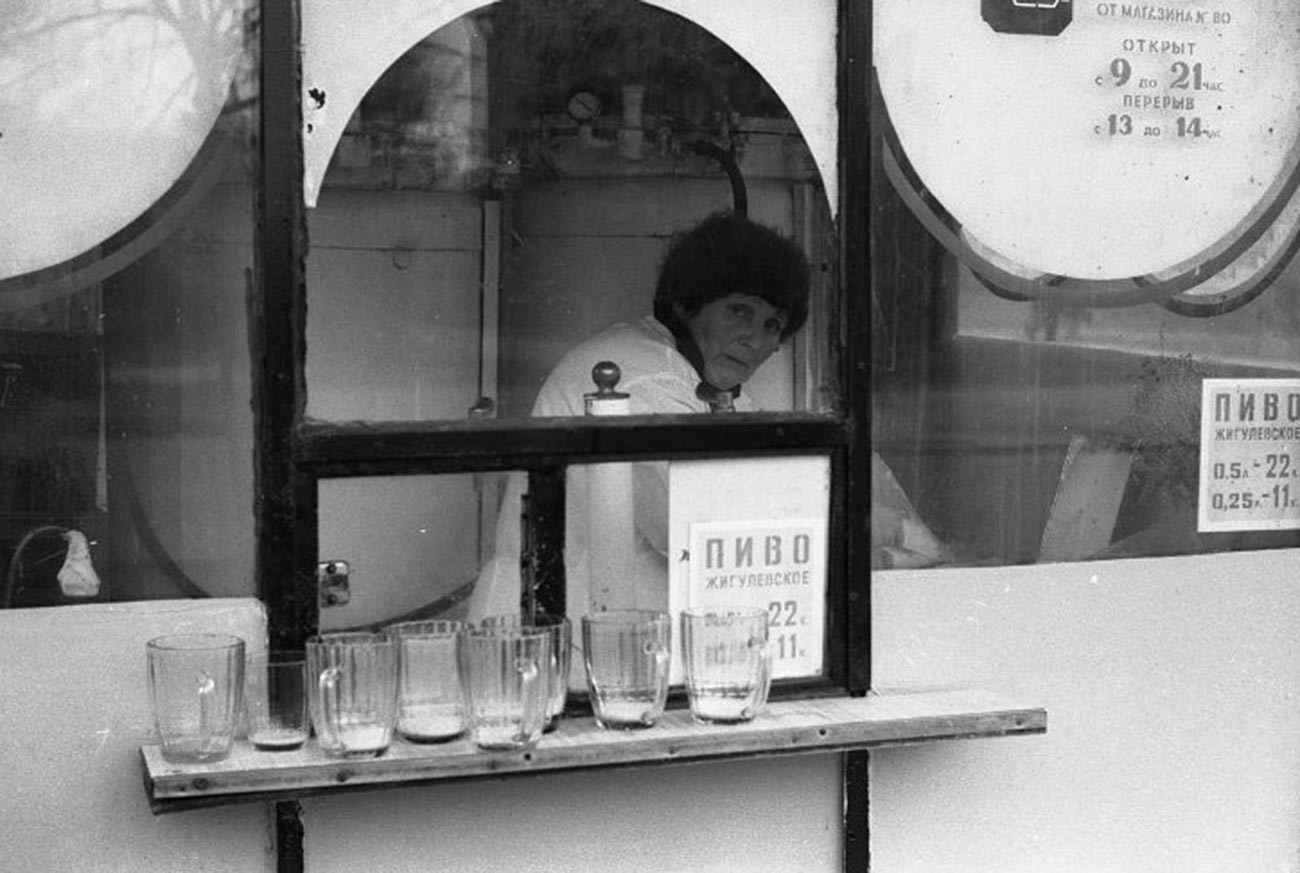 A beer kiosk with Zhiguli drink.

Not surprisingly, many Soviet cities had beer restaurants called Zhiguli. A bar of the same name has always been one of the cheapest places on Arbat in central Moscow (several years ago, Vladimir Putin even paid it a visit), while in Leningrad you could find a Zhiguli bar that was popular with bohemian types despite having a reputation for being somewhat wild. 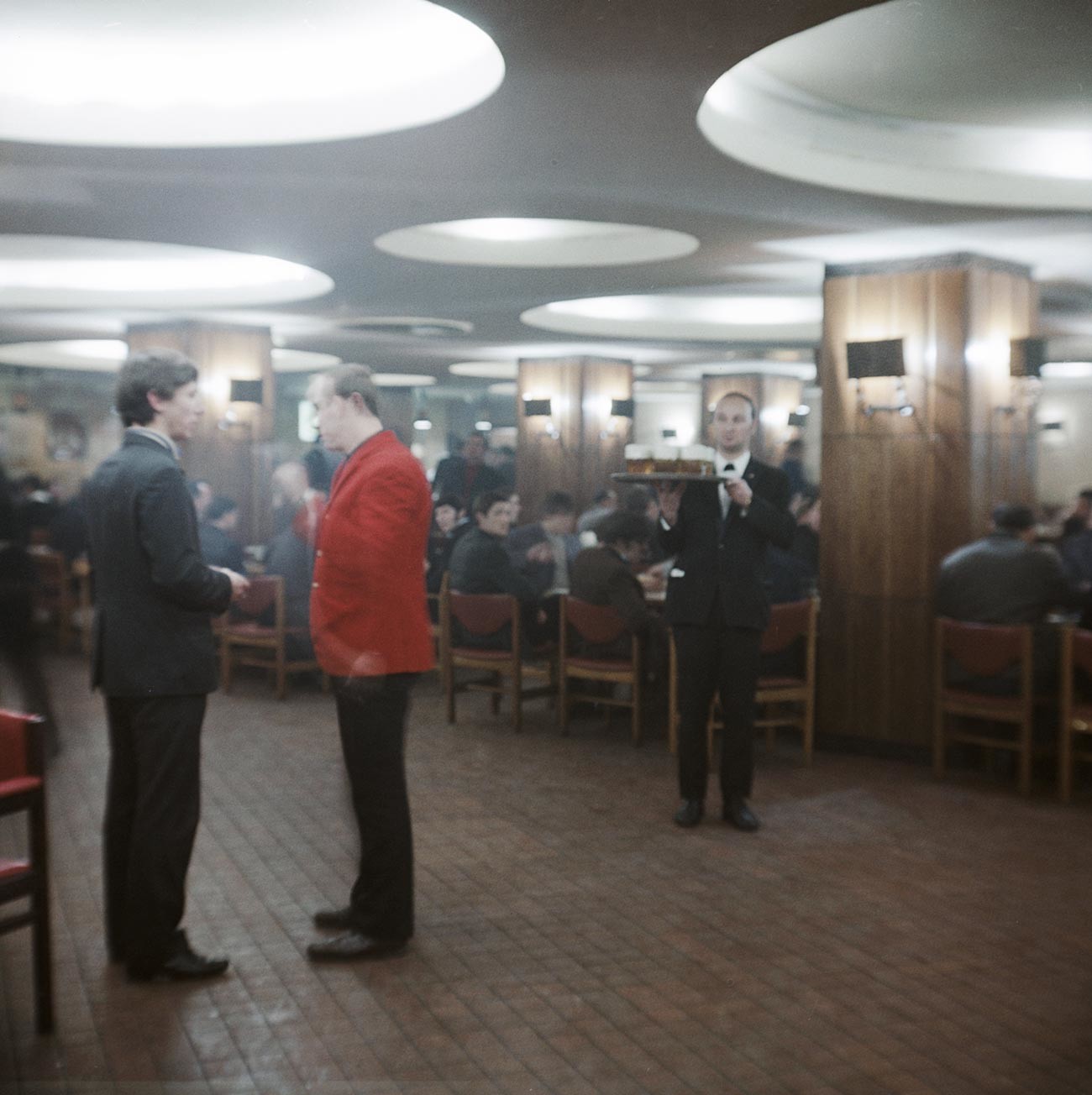 Nowadays, Zhigulevskoye is only produced at several dozen breweries in Russia and the former Soviet republics, but all these beers are actually very different in terms of their taste, strength and how they are brewed. 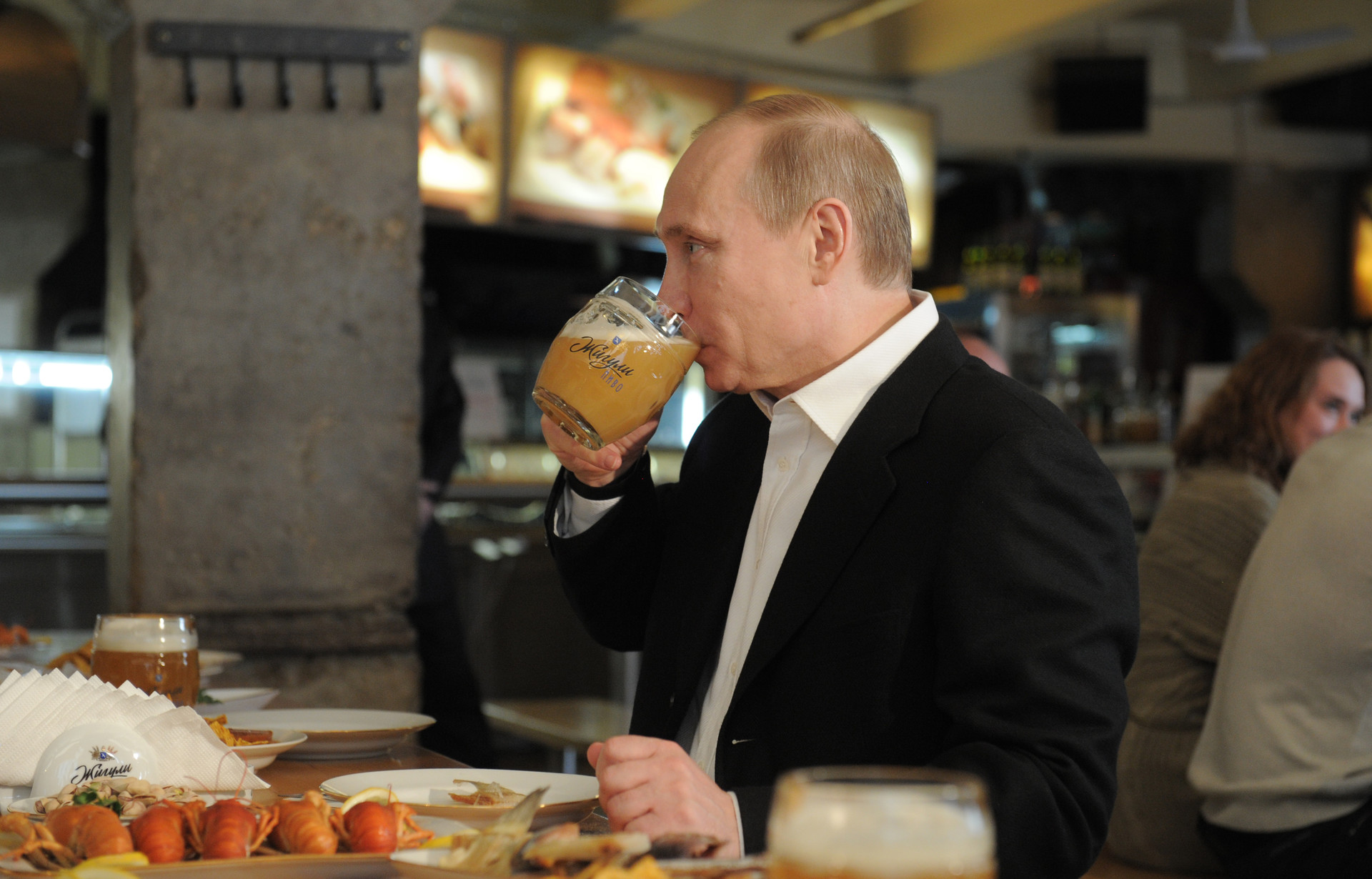 Vladimir Putin at the Zhiguli bar in Moscow, 2012.

Samara residents say the taste of Zhigulevskoye straight from the brewery has not changed much over the years, but finding it outside the region is practically impossible since it cannot be stored for long. This is why people are prepared to wait in line for Zhigulevskoye, which has become something of a local specialty.