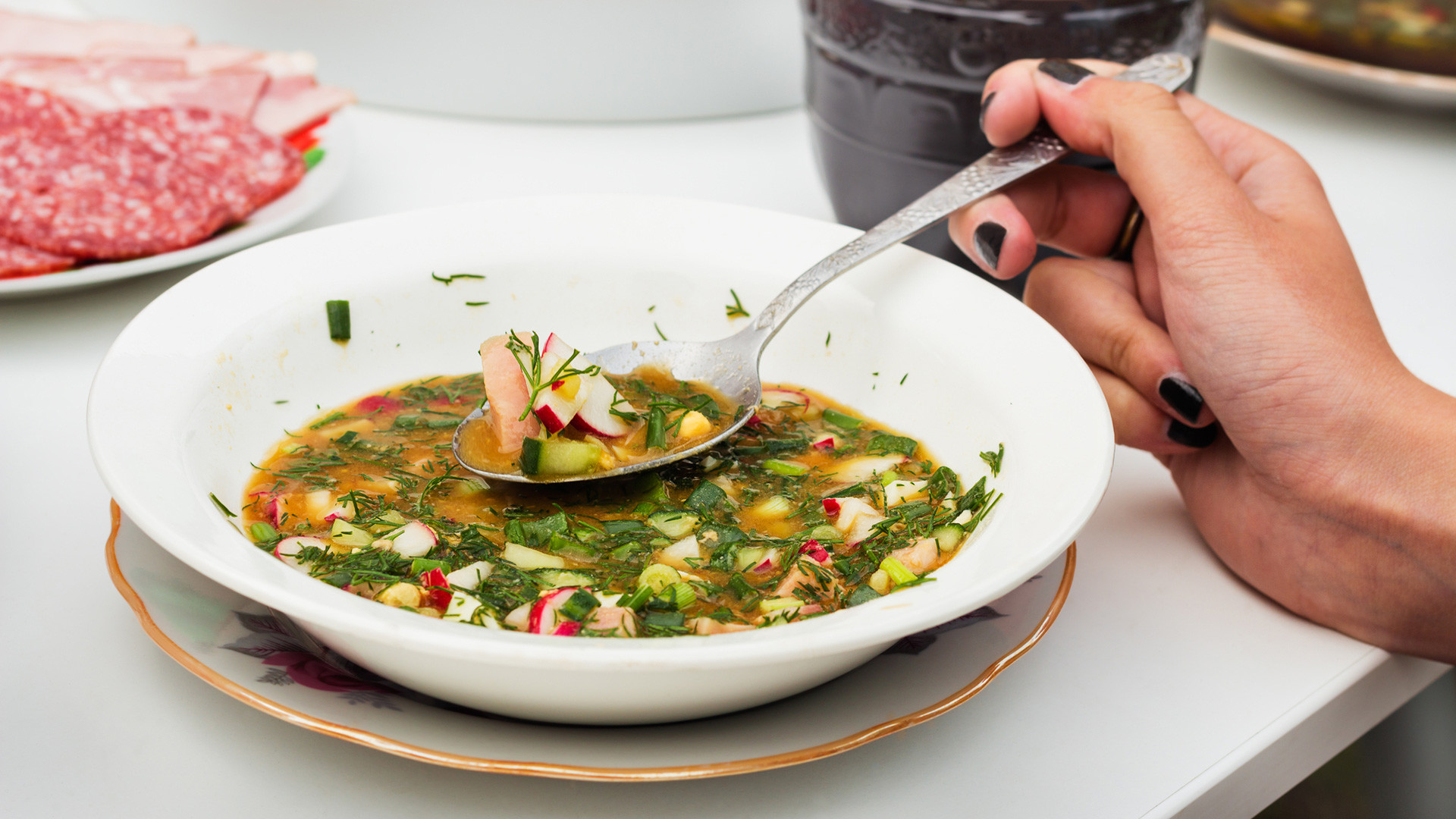 Legion Media
Would you try sweet pasta or marinated watermelon? Russian cuisine includes many tasty recipes from the country’s different regions, but some of these dishes will sound downright crazy to most foreigners. 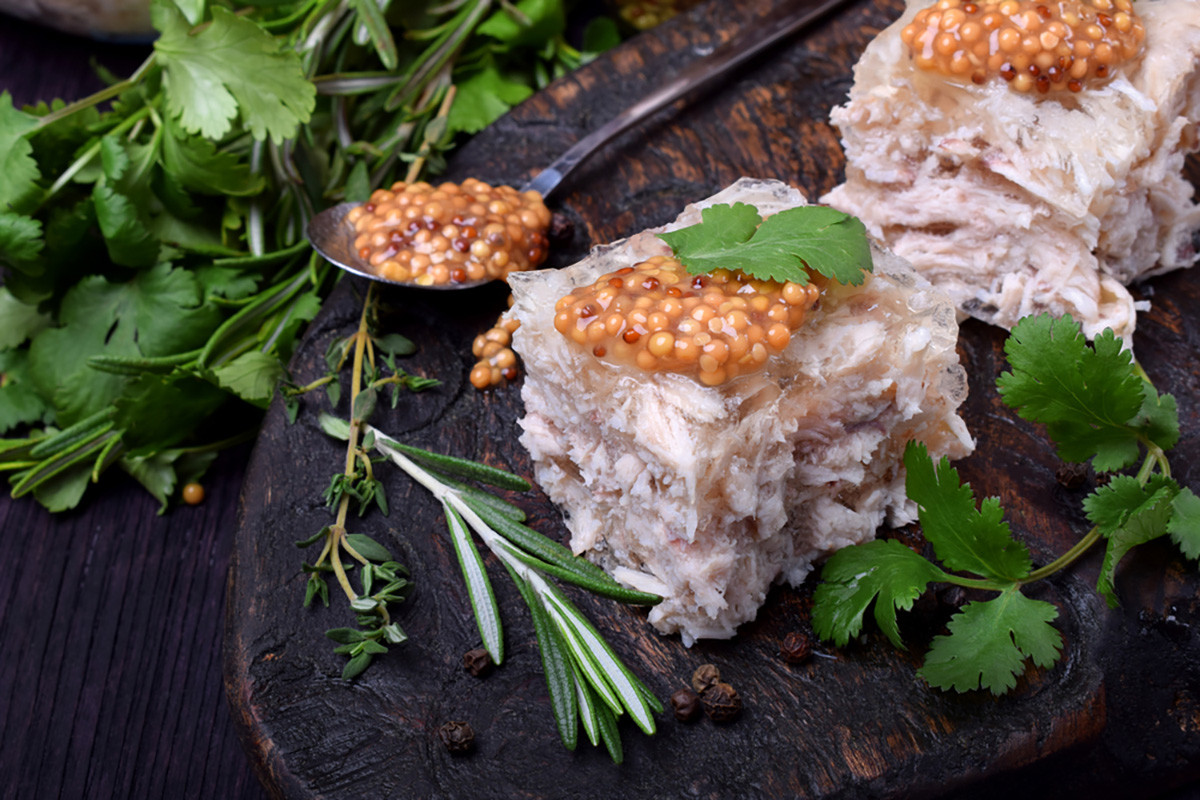 Jellied meat called kholodets and jelled fish called zalivnoe are probably two of the most famous Russian dishes. It takes a lot of time to prepare them, which is why they are usually made just for special occasions. For many foreigners, the very idea of jellied meat seems weird, and that’s even before considering one more fact: Russians serve jelly with mustard and horseradish. Ah, what a wonderful spicy combination! Russians joke that everything is better with mayo and add it not only to dumplings and meat, but even to pastries. Can you believe that this ingredient makes dough light, sticky, and keeps it fresh for a long time? The only question is how Russians discovered this trick and who was the first person to put mayo into the dough. Did you know the taste of cookies with mayo is actually similar to ordinary shortcakes? 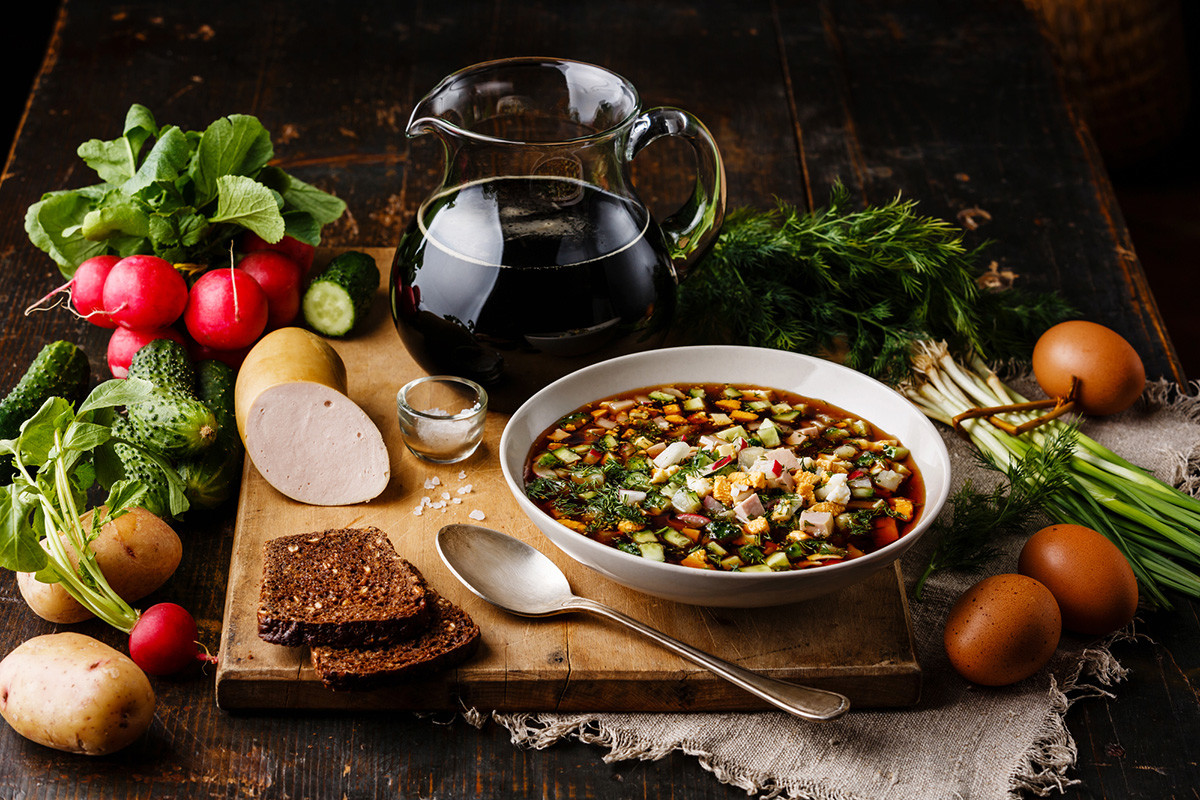 This is the most discussed Russian dish ever! Some people prefer to dress their salad with soda, while others go for a fermented dairy drink. Yes, we’re talking about okroshka - a cold summer soup based on a vegetable salad with eggs and bologna (like Oliver salad) and then covered with kvass, a traditional Russian drink made from dry rye bread and yeast. But some people use kefir or tan instead of kvass. Which you prefer in your okroshka is one of the great fault lines in Russian food culture.

“So, you are in a restaurant and have ordered soup. You get a handful of raw chopped salad with kvass poured over it,” recalls Sean Clitheroe from the UK on Quora. “Yup, my face was a picture when I tasted it. I was waiting for everyone to start laughing. Nope.” 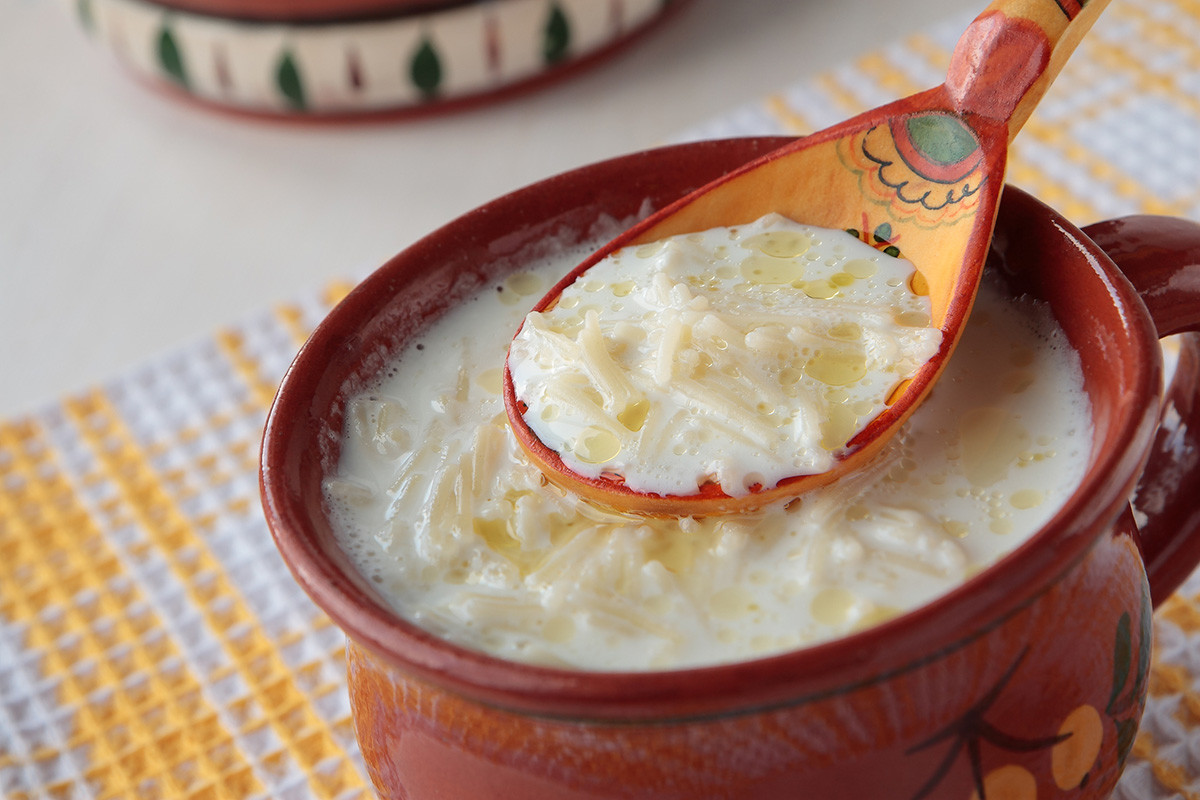 A sweet pasta soup was one of the favorite dishes of revolutionary leader Vladimir Lenin. It consists of hot milk, thin noodles (homemade or ordinary vermicelli) and sugar, all served hot with a piece of butter. Very nutritious!

This soup is often included in kindergarten menus and can be easily cooked at home, for example as a breakfast. Russians famously love to pickle everything! Cucumbers, garlic, squashes—basically anything they grow at the dacha. In warm southern regions it’s very popular to pickle watermelons. The recipe is simple: sliced watermelon, sugar, salt and vinegar. And believe it or not, it’s actually quite tasty.

“Be careful if you want to try pickled watermelon. This is definitely an acquired taste. Not recommended unless you’re exceptionally adventurous,” writes Kate Stoneman from the U.S. on Quora.

If you want to try something even more delicious, go for soaked apples, which traditionally include a marinade from salt, malt and sugar or honey. 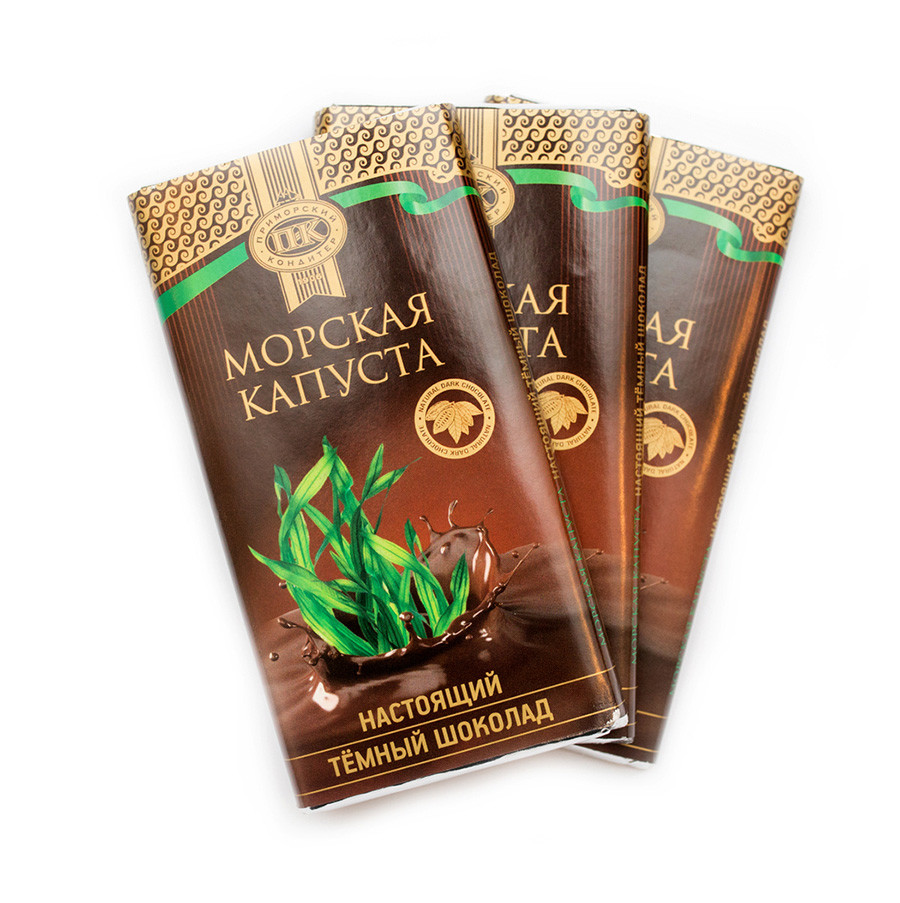 Chocolate with laminaria, sea salt or sea urchins are ordinary desserts in Russia's Far Eastern regions and can be found in any online store in the country. They look just like an ordinary chocolate bar only with a light iodine taste and smell. The perfect souvenir from Vladivostok or Khabarovsk! 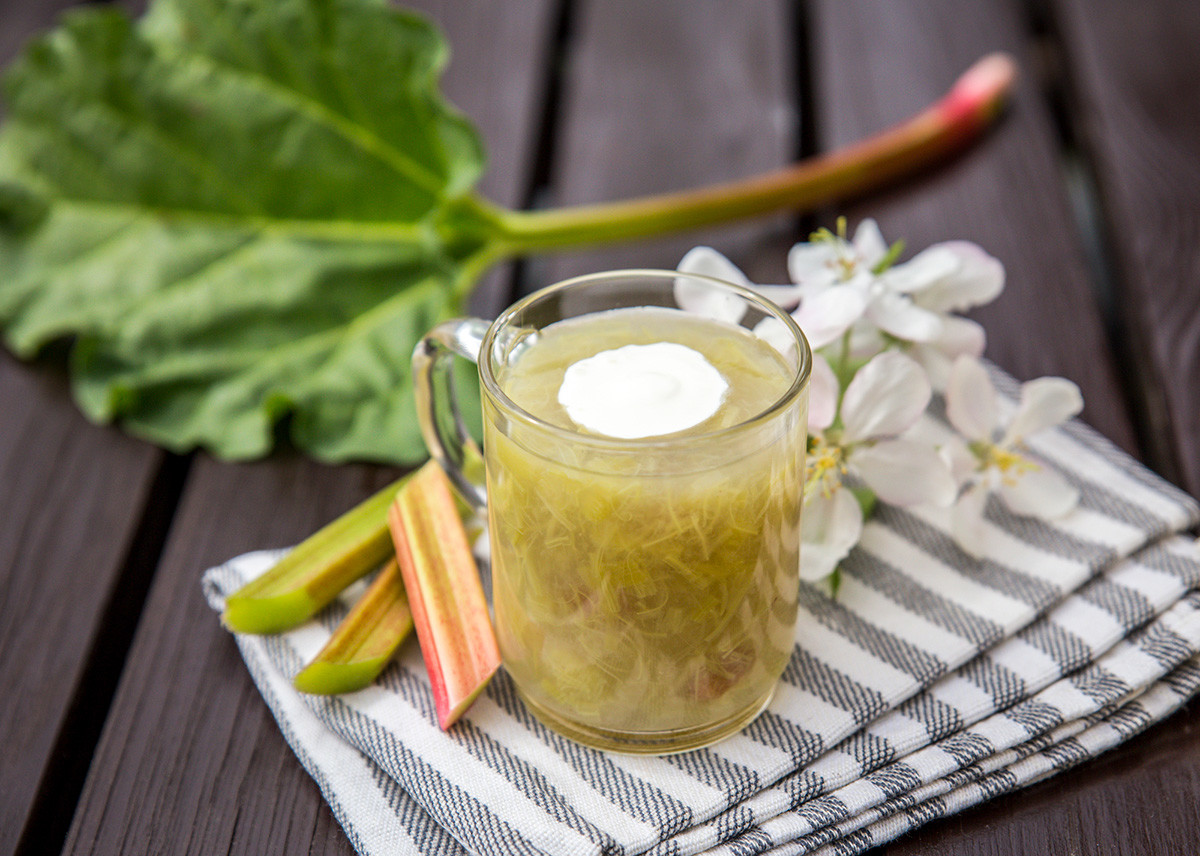 Have you ever tried Russian kissel? This cold, sweet and nutritious drink is based on berries and starch. But in Russia, kissel can be made from other plants as well. Rhubarb kissel is considered a healthy food and often served for kids. 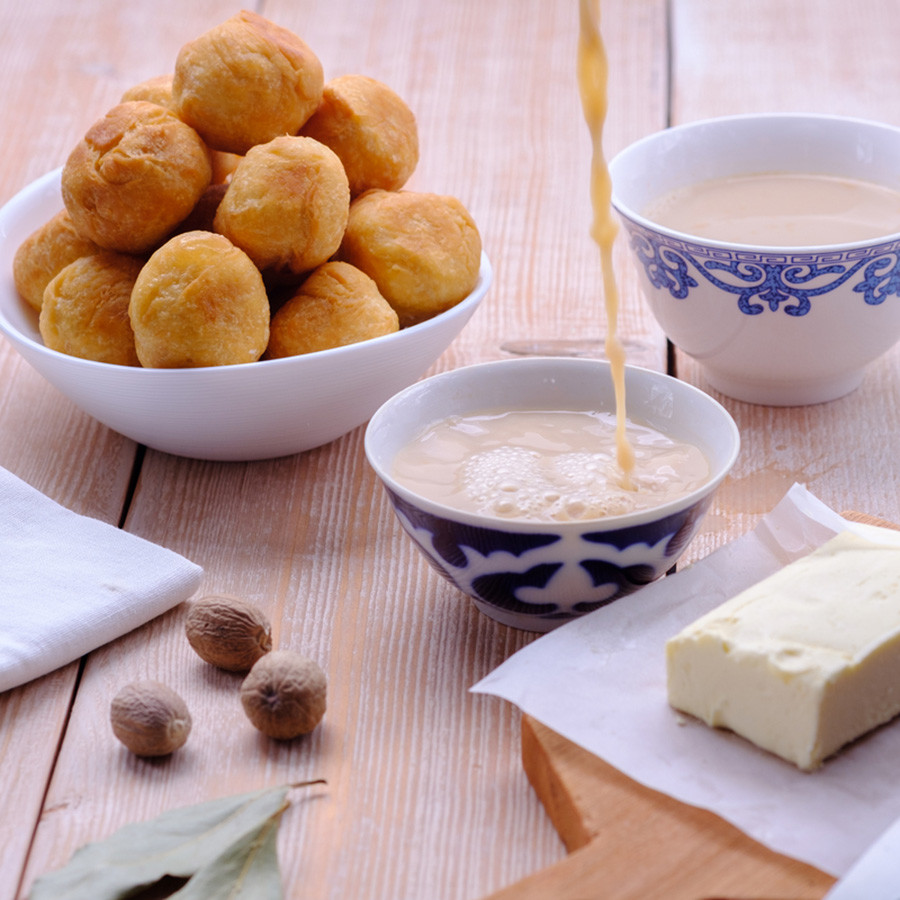 Milk and salty tea is a very popular drink that came from nomadic peoples and is particularly popular in Kalmykia, Buryatia, and Altai. Salty tea helps to regulate water balance in the body, especially in the summer heat (and the Kalmykian steppes are one of the hottest places in Russia). Milk or butter turns this drink into a nutritious lunch. By the way, in the local stores there you can even buy 3-in-1 teabags.