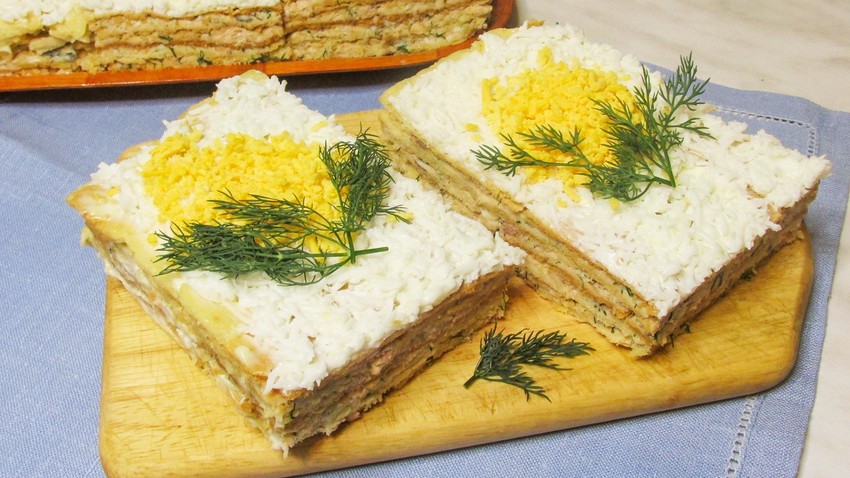 A new spin on a delicious Soviet-era salad that’s suitable for any party.

Olga Brovkina
Every ingredient in this salad is thoroughly grated, which makes the texture so delicate and savory that it’s difficult to keep oneself from devouring it in large portions.

“Mimosa” – once a tremendously popular salad in Soviet Russia – is now gradually sinking into oblivion or replaced by more cholesterol-friendly dishes. The reason is the amount of mayonnaise used in the dish.

The initial recipe was created many years ago and became a hit on every festive table in the USSR. It consisted of several layers - potato, egg, carrot, fish layer, etc., every one of which was richly adorned with mayonnaise. But the name “Mimosa” comes from the mimosa flower, because many people thought the top layer that consists of chopped egg yolks and the sprigs of dill resemble the mentioned-above flower. Soon after, the name ‘Mimosa’ swiftly went viral around Russia.

As a matter of fact, the mimosa flower, which is not common in western countries, won the respect of Soviet women after it became a gift from loving men on International Women’s Day, which is celebrated every March 8.

As time passed and the desire for a healthy diet increased, many people began to reduce their intake of high-fat and high-carbohydrate foods, and this old-school dish fell into disfavor. Thus, my “mission” today is to reveal the splendors of this favorite from the Soviet era.

To begin with, I suggest we cook a type of snack-cake called “Mimosa”, and since it’s an appetizer, it’s meant to be fine and mouthwatering. We’ll achieve this by reducing the amount of mayonnaise and adding biscuit instead. The pastry dough will be flaky and crunchy. You can certainly experiment with the filling using minced meat, vegetables, or mushrooms. But today I recommend using ‘the gold standard', which is canned fish, eggs, and cheese. We’ll also elegantly adorn our cake with edible ‘mimosa flowers’ and fresh dill. 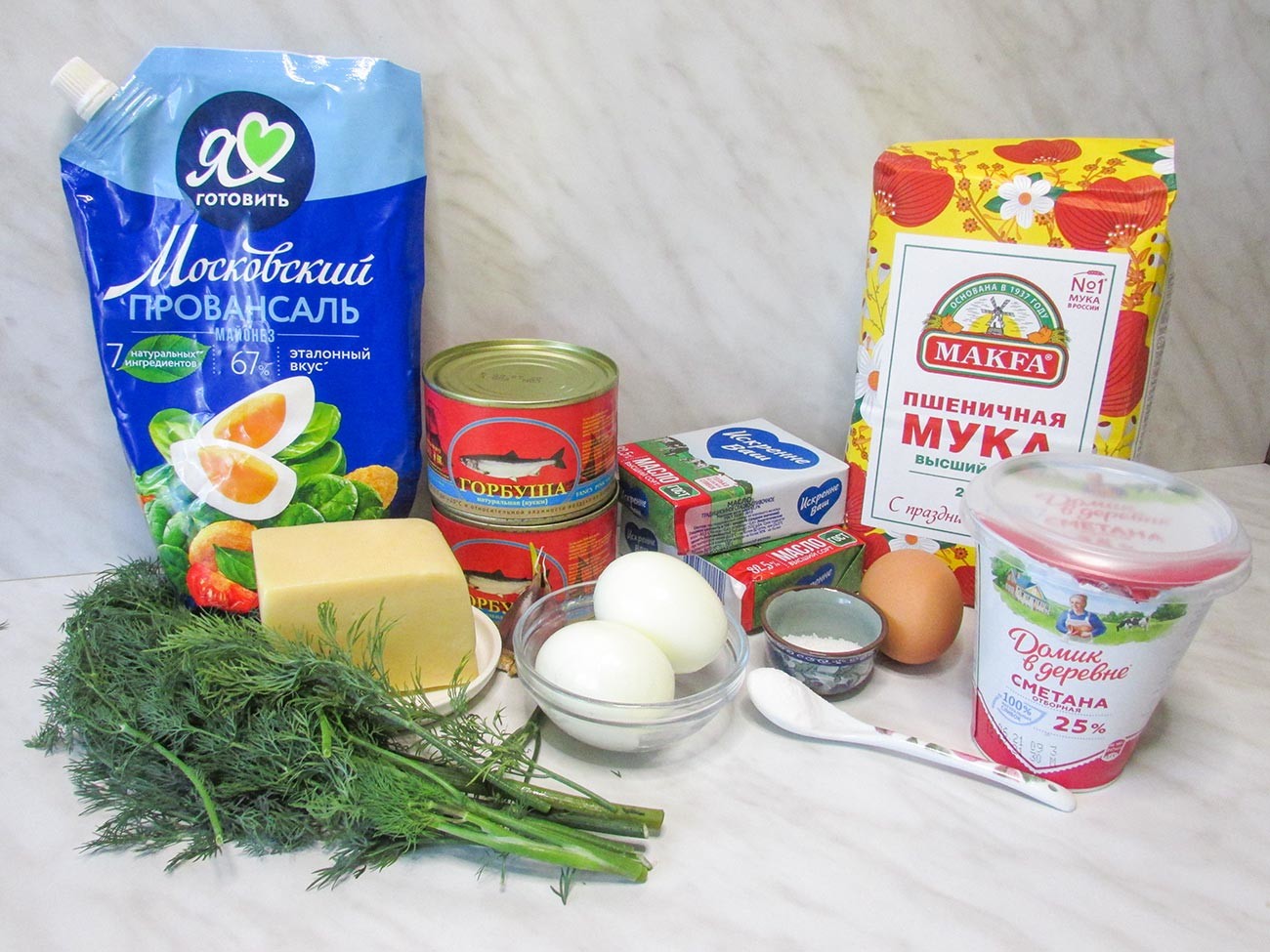 1. Have all the ingredients measured out and ready. Boil the eggs for the filling and decoration in advance. We’ll begin with the dough. Take a deep bowl and break an egg into it. Add salt, sugar, baking soda and mix well. 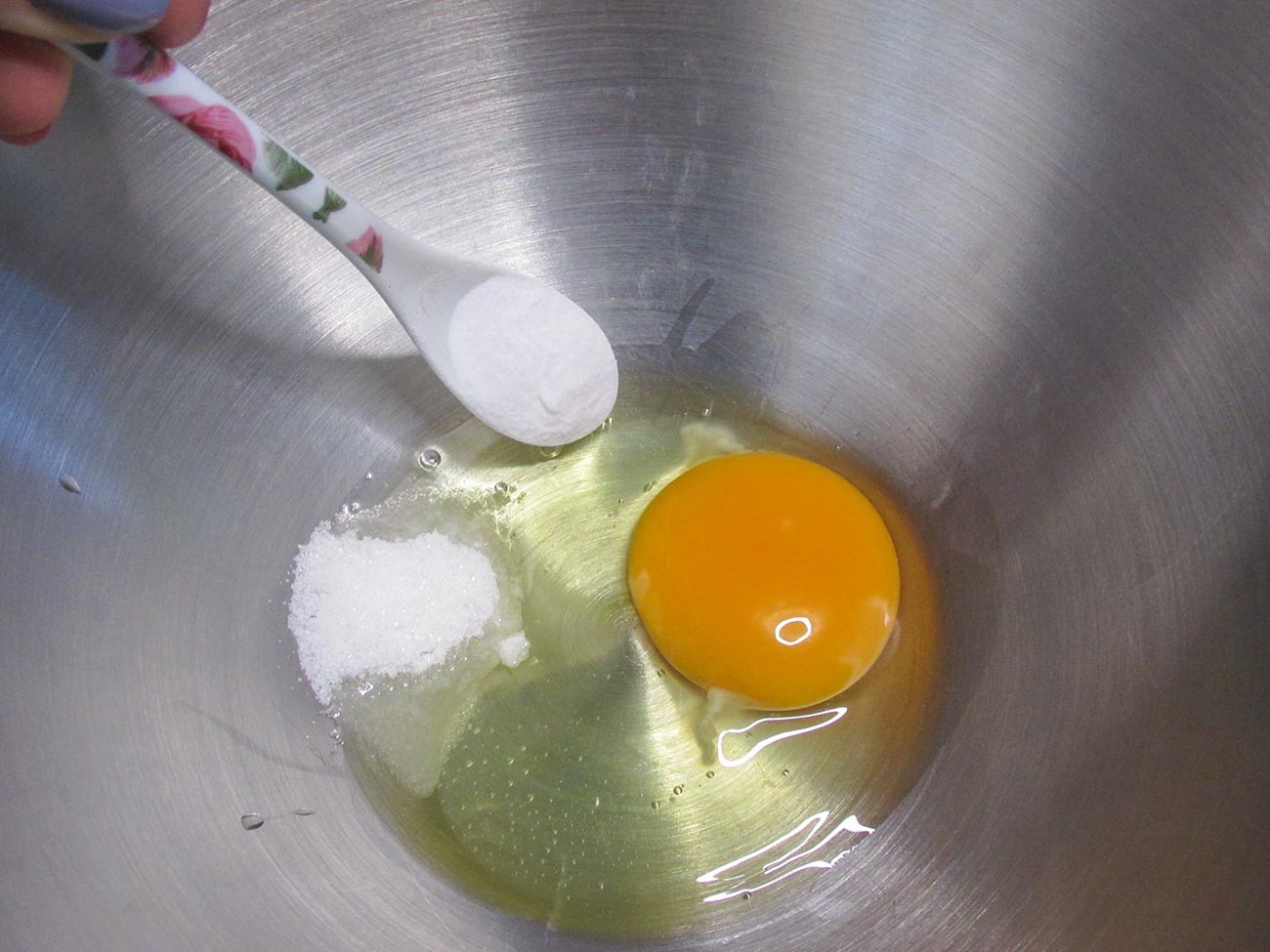 2. Melt the butter in the microwave and pour it into the bowl. Add the sour cream and mix thoroughly. 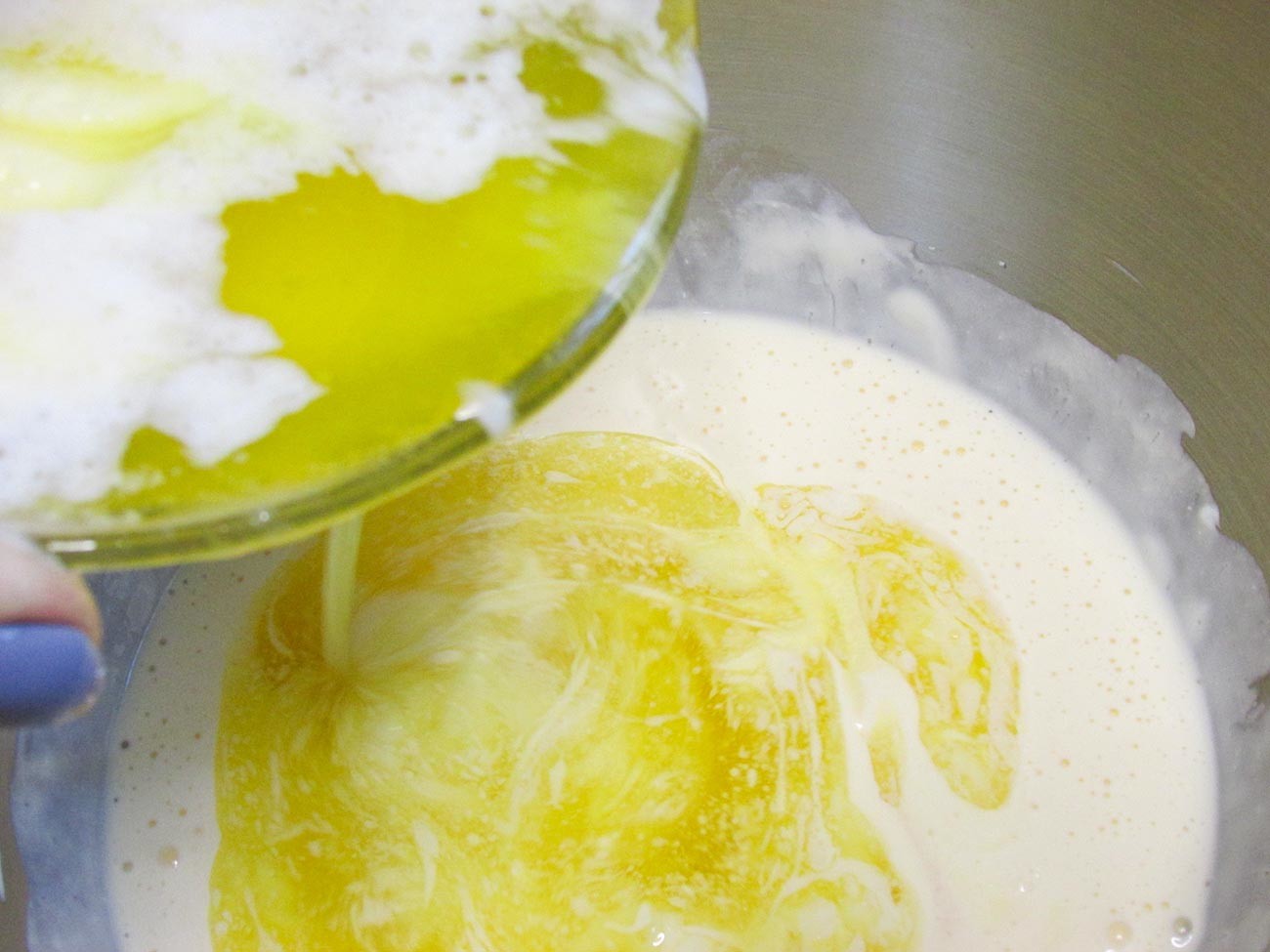 3. Gradually distribute the flour until you get a soft and a bit sticky dough. 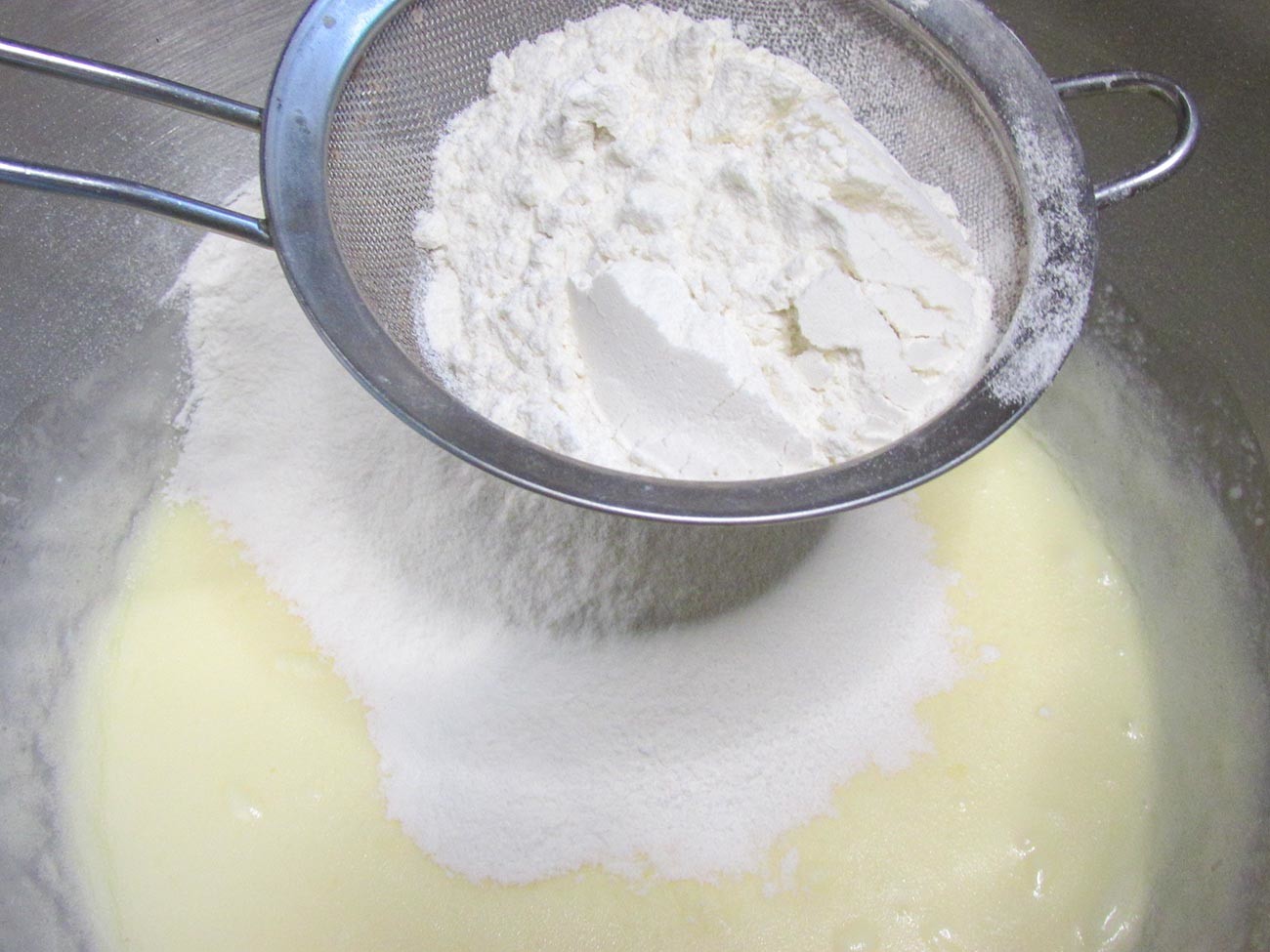 4. Wrap the dough with cling film or place it in a plastic bag and refrigerate for at least a couple of hours. If you run out of time, you can use the freezer where the mass will cool in just half an hour. 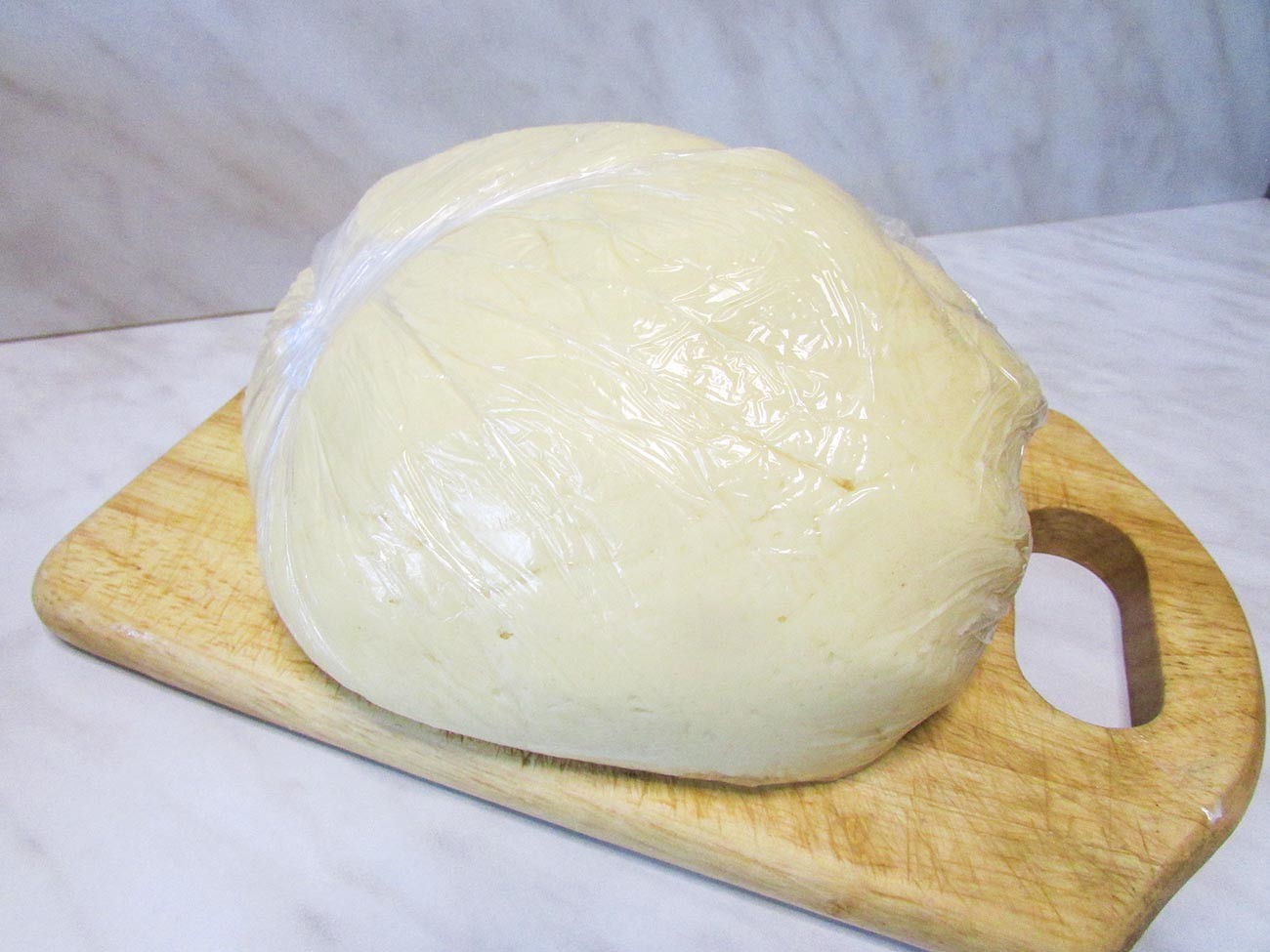 5. When the time comes, take the dough and divide into five equal parts. 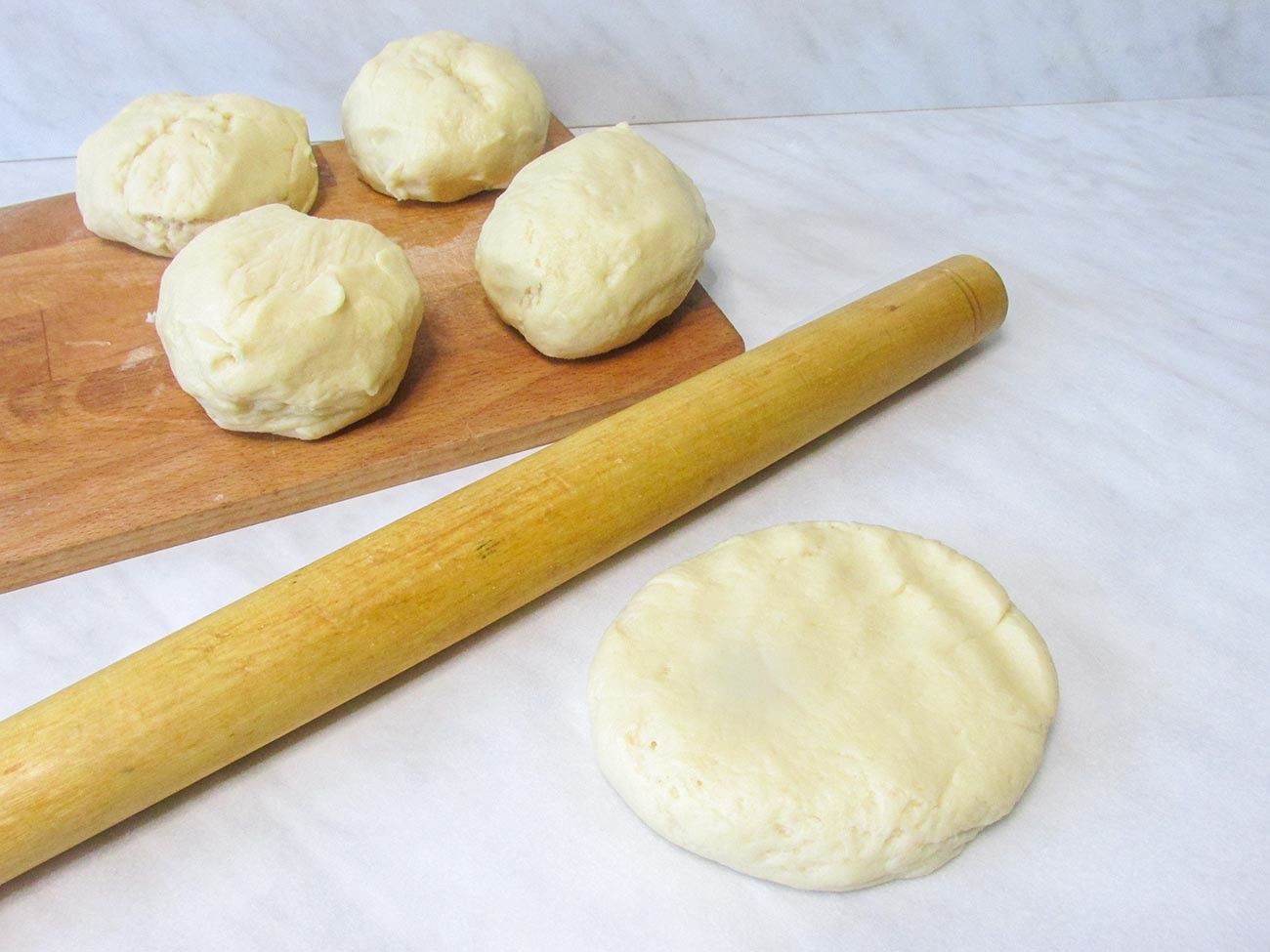 6. Take one piece and roll into as thin a rectangle as possible (the dimensions are about 20x30 cm). It’s more convenient to do it right on parchment paper or a non-stick mat. Before baking, prick the pie with a fork. Bake in an oven preheated to 180 degrees Celsius for 8-10 minutes. 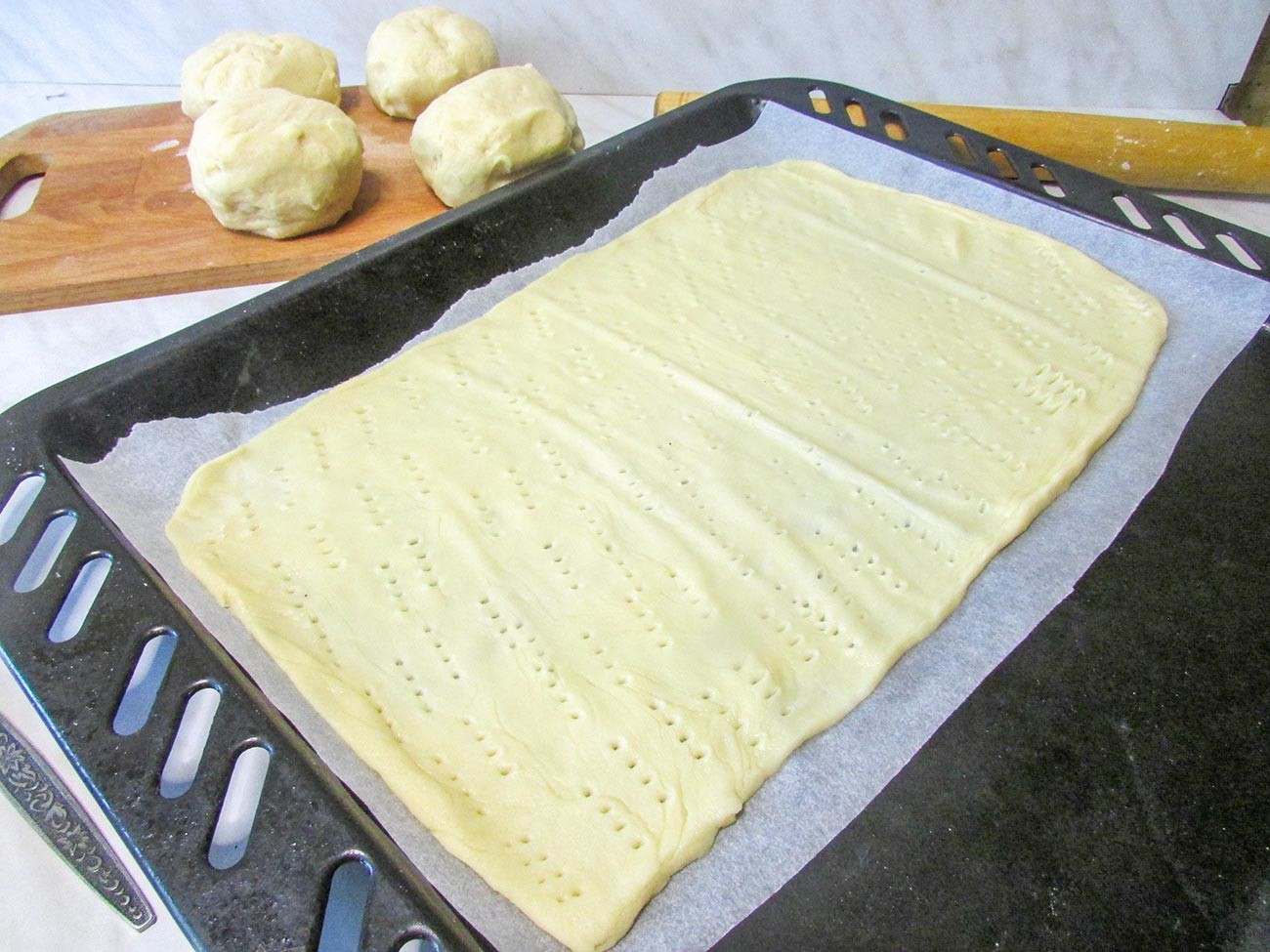 7. Remove the cake from the oven as soon as the edges begin to brown. Bake the remaining four pieces the same way.

8. Now let’s turn to the filling. Put pieces of canned fish in a bowl. If there are large bones,  remove them. Mash with a fork, adding liquid from the can to get juicy minced fish. 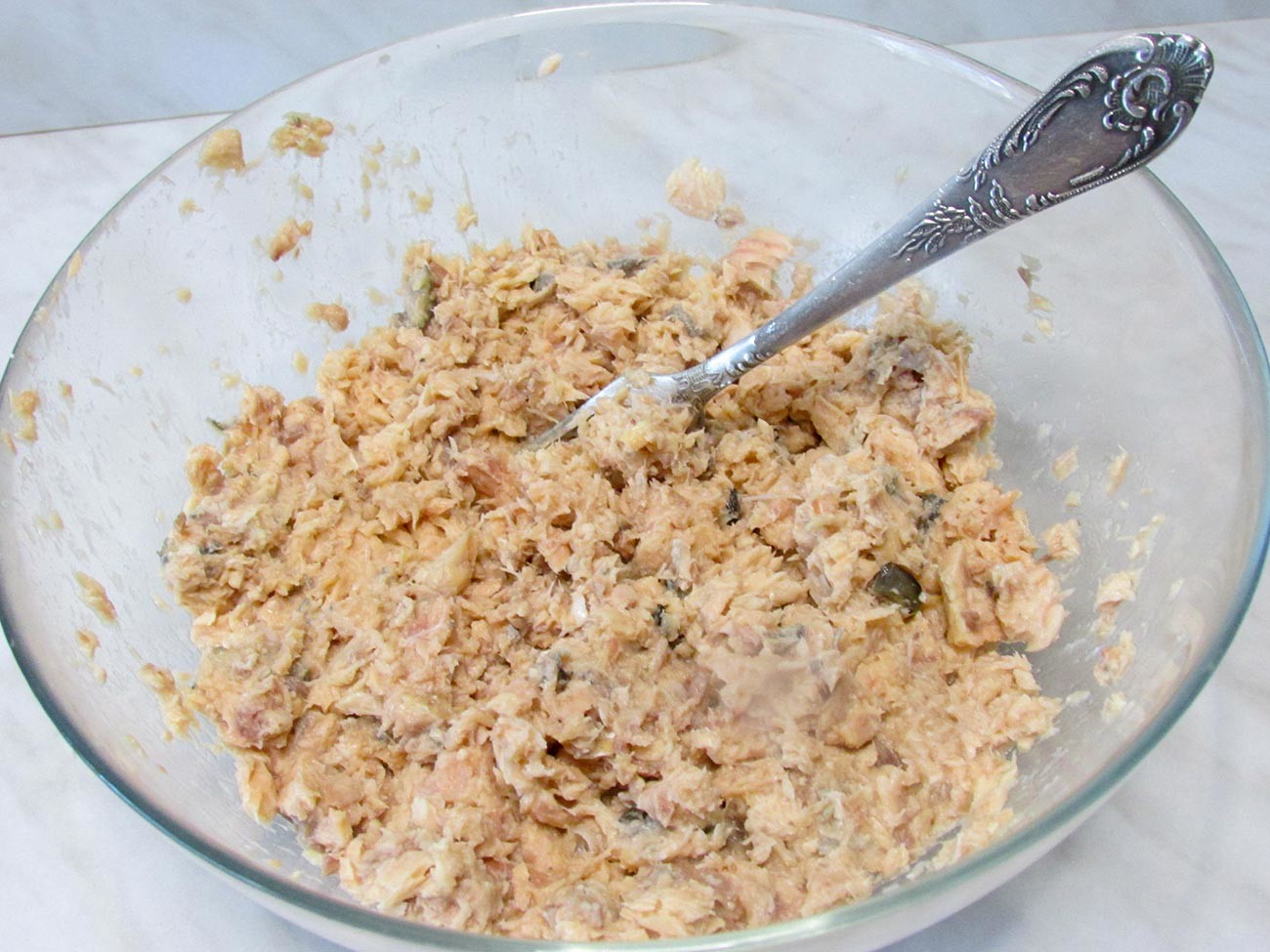 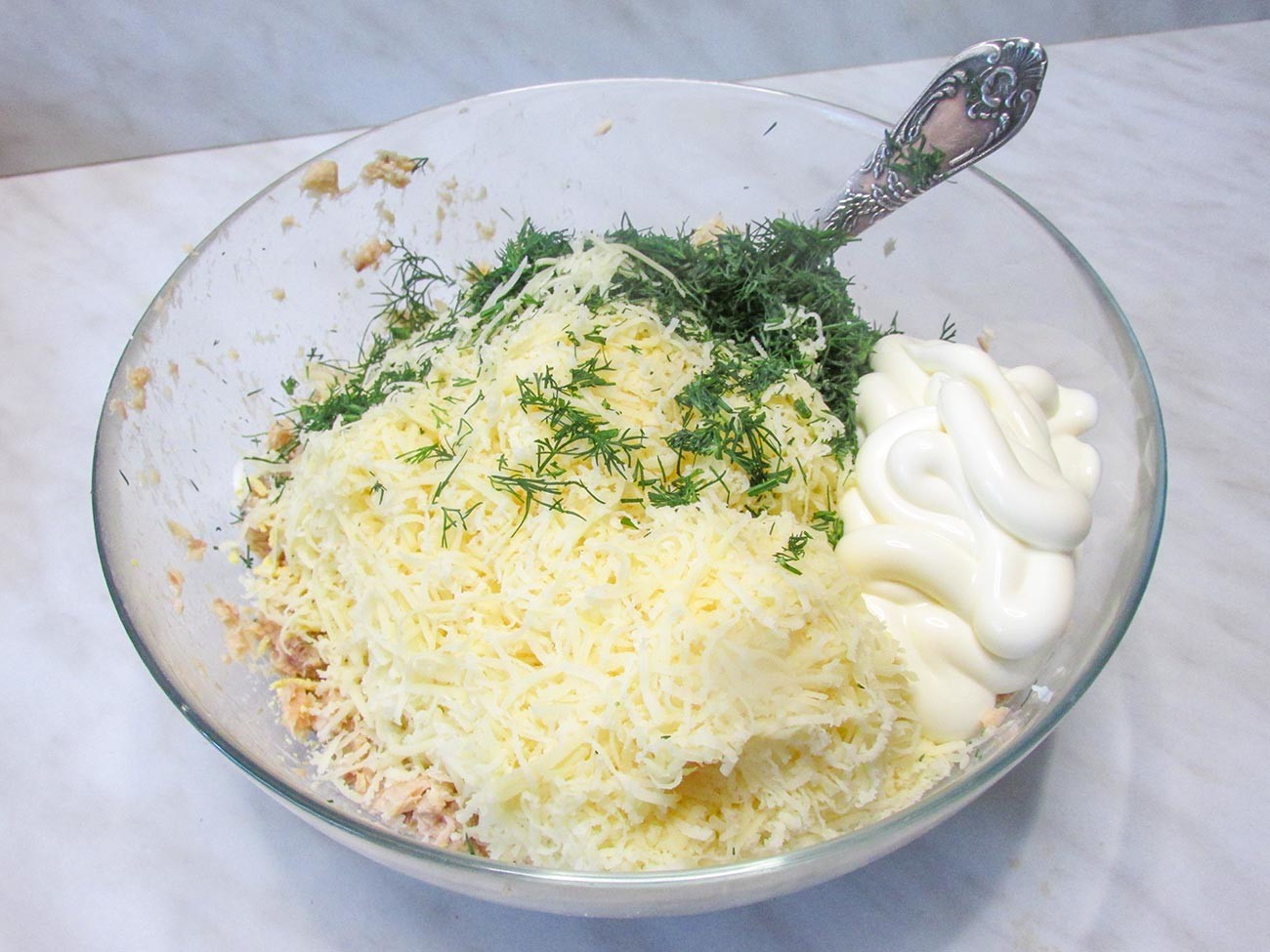 10. Place the first crust of the cake on a board of suitable size, and distribute a quarter of the filling evenly. 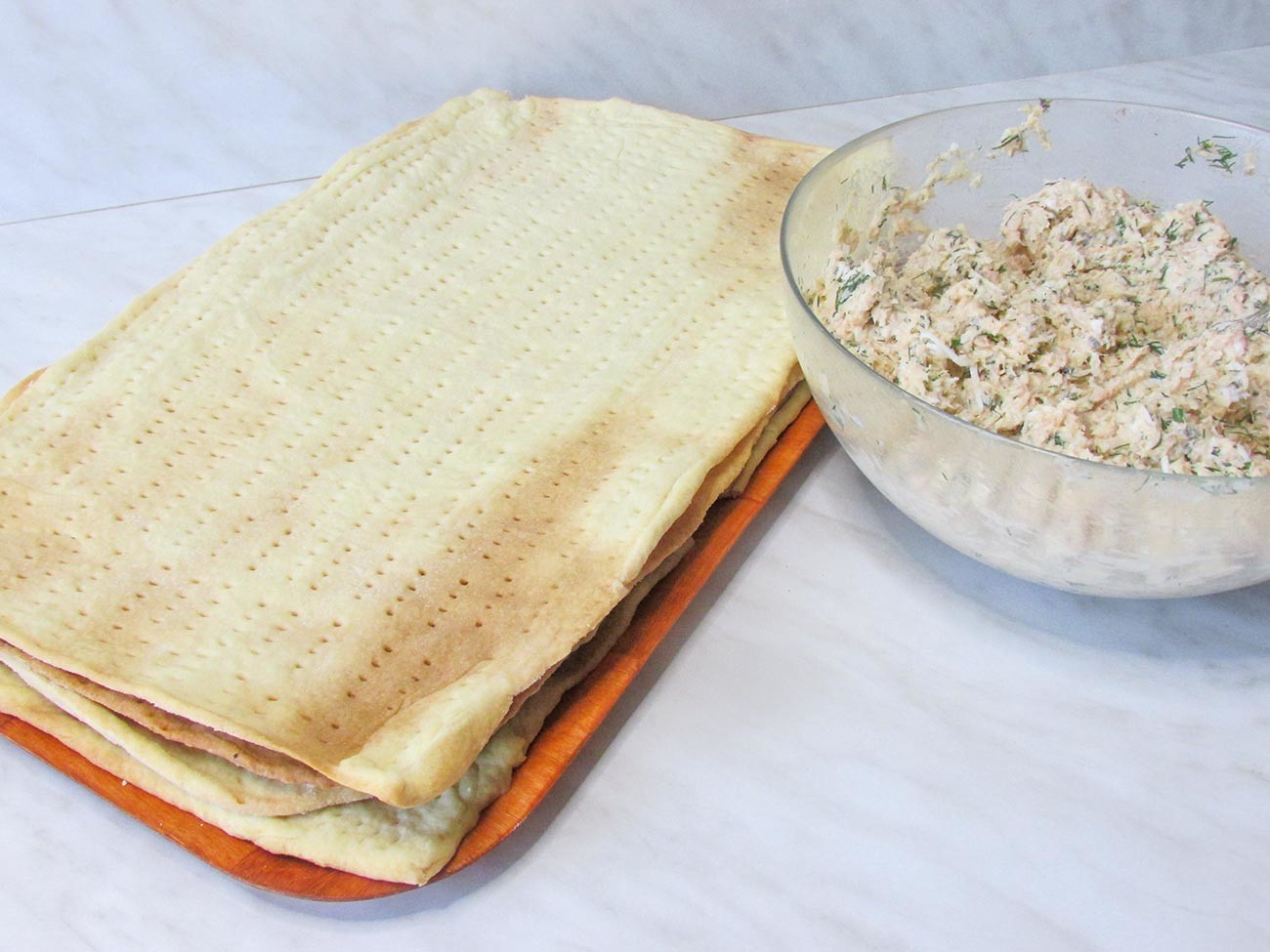 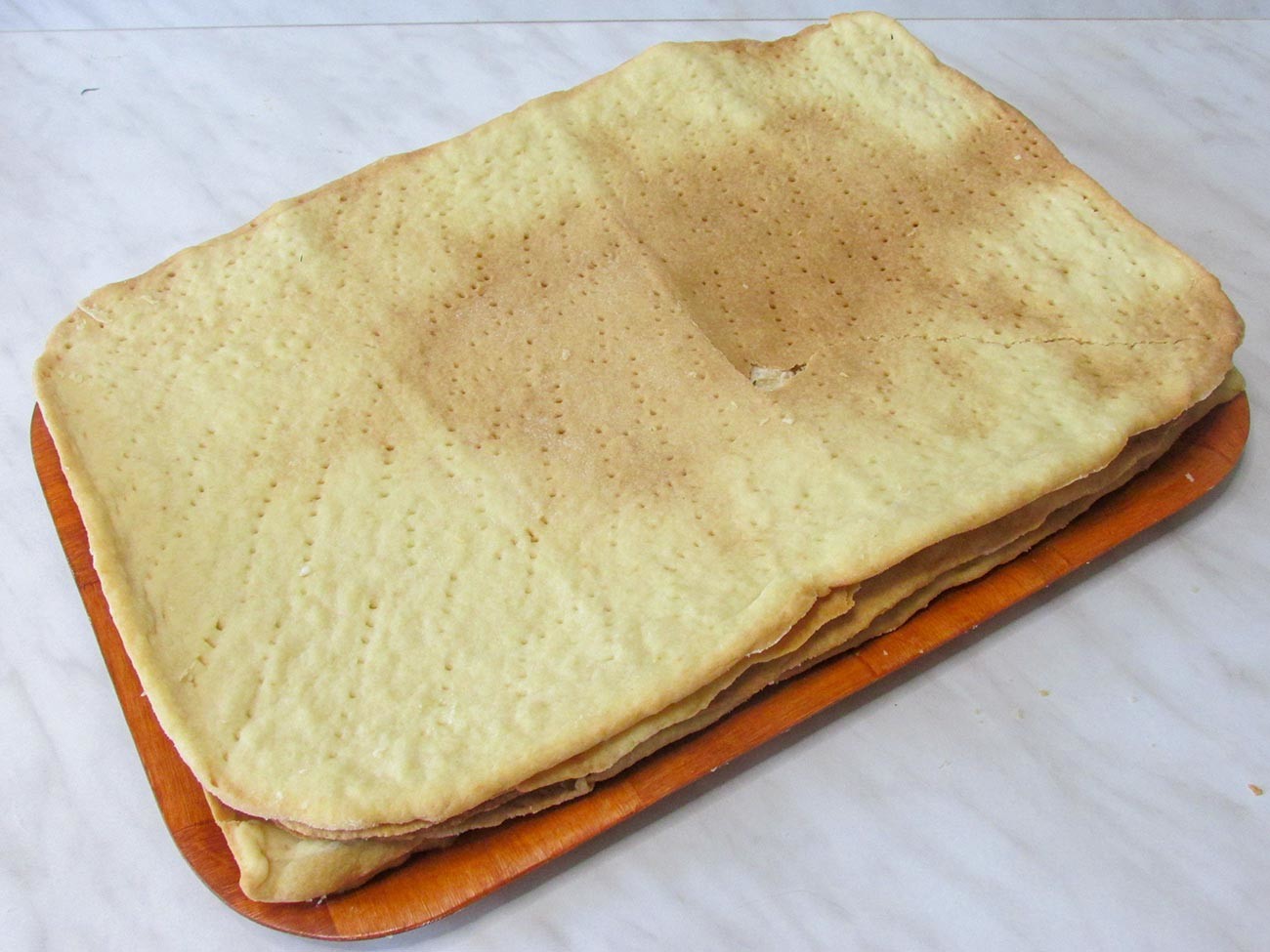 12. Wrap it with cling film and press slightly with something adequately heavy. Leave to soak for a couple of hours in the refrigerator. 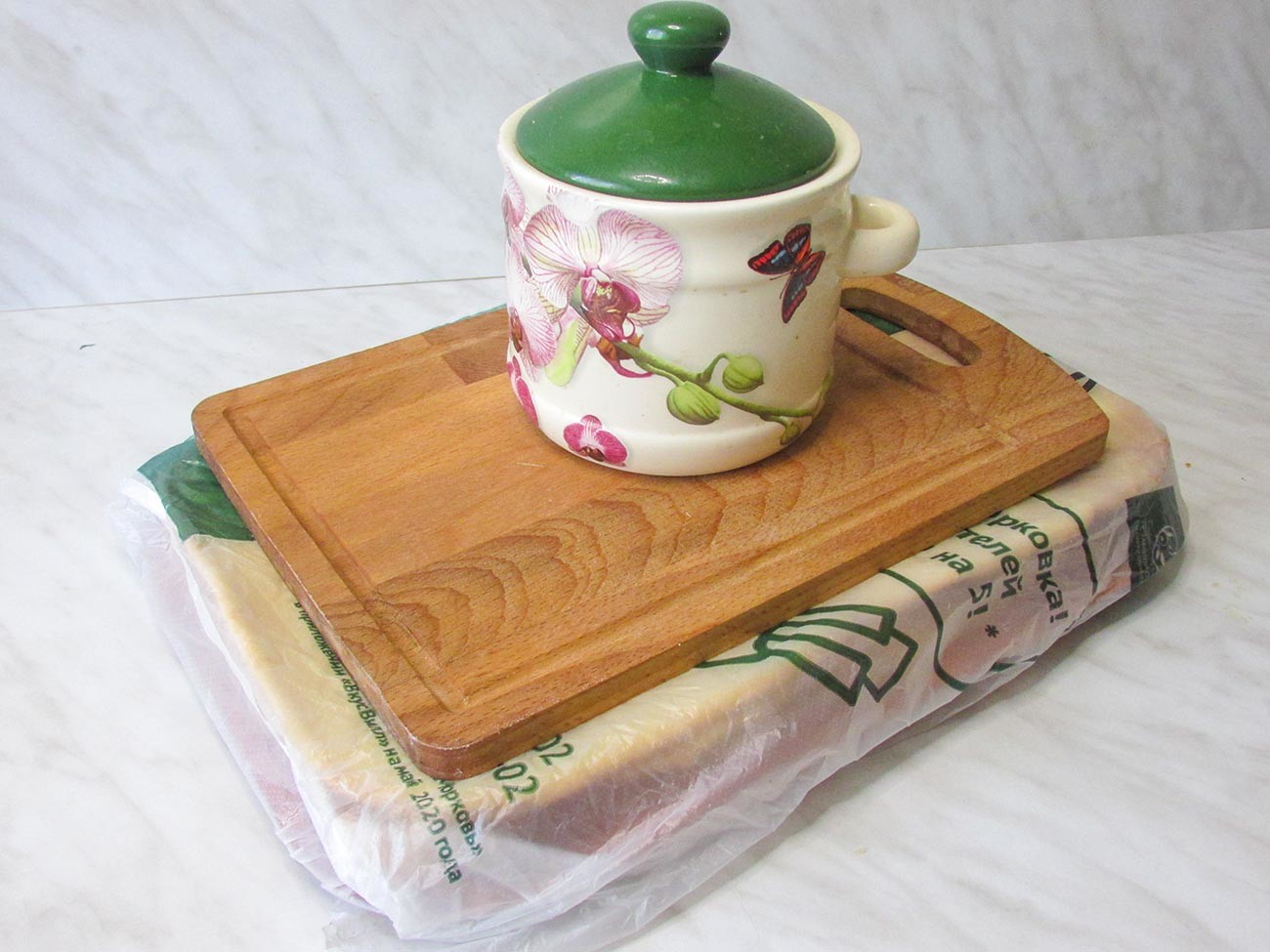 13. Prepare the ingredients for decoration. Grate separately the egg whites and yolks, and also wash and dry the dill. 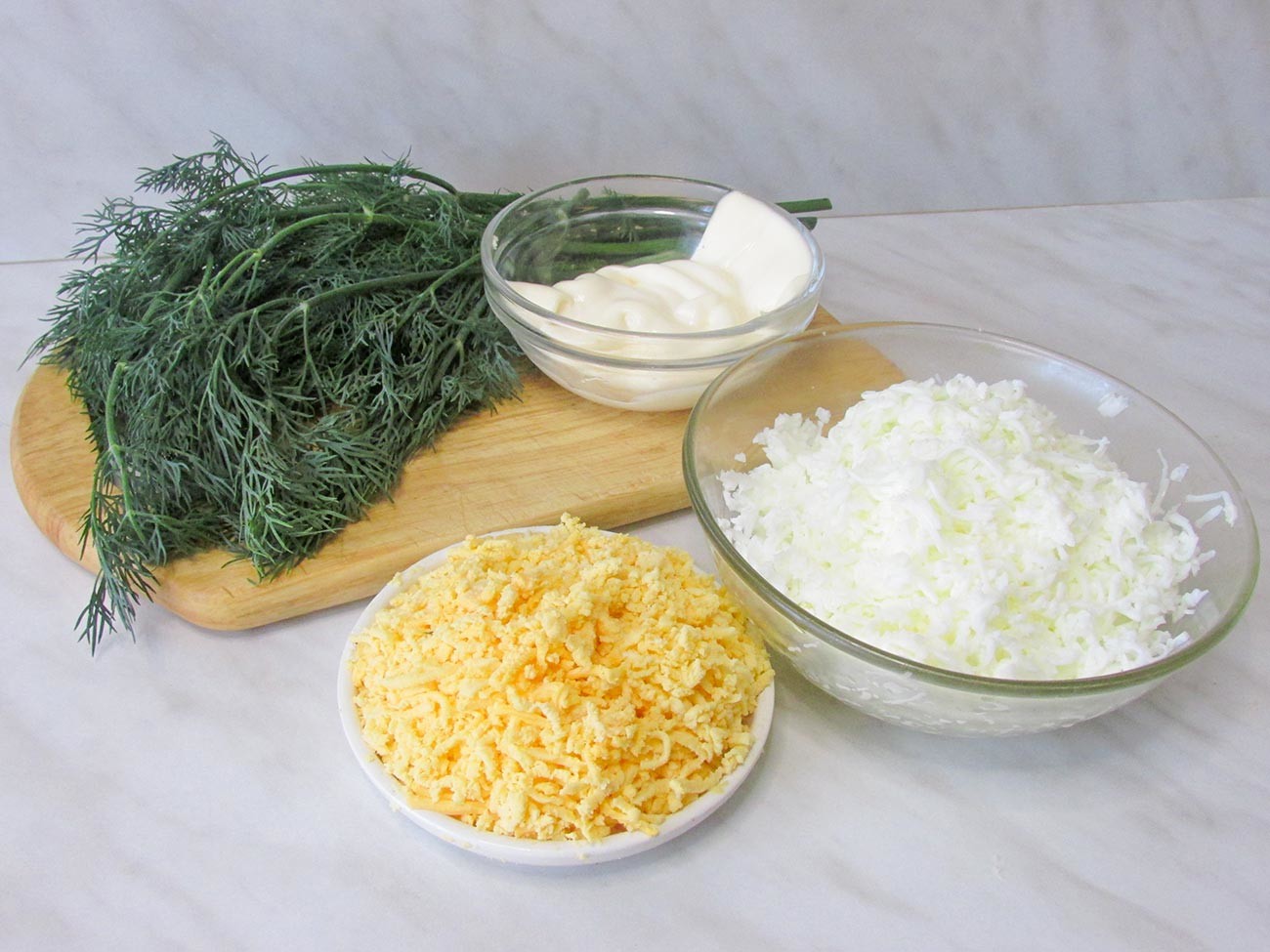 14. Take the cake out of the refrigerator and cut off any uneven or overly dried edges. Using a brush, cover the top layer with mayonnaise. 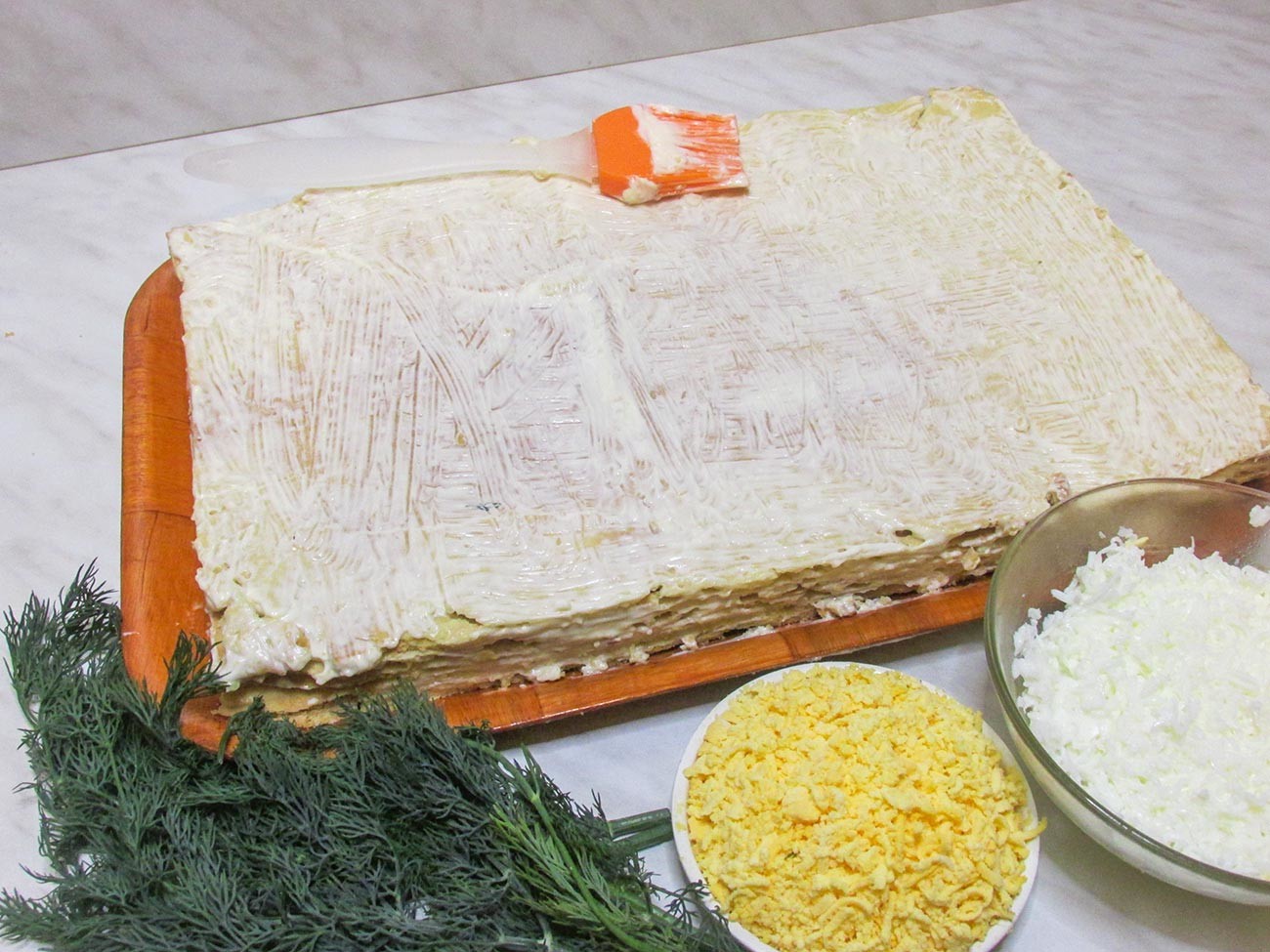 15. Sprinkle the top layer with finely grated egg whites. Cut the cake into any size you desire. Decorate each small cake with grated egg yolks and sprigs of dill, thus making an ornament that resembles a mimosa flower. Our “Mimosa” cake snacks are ready to be served. Enjoy! 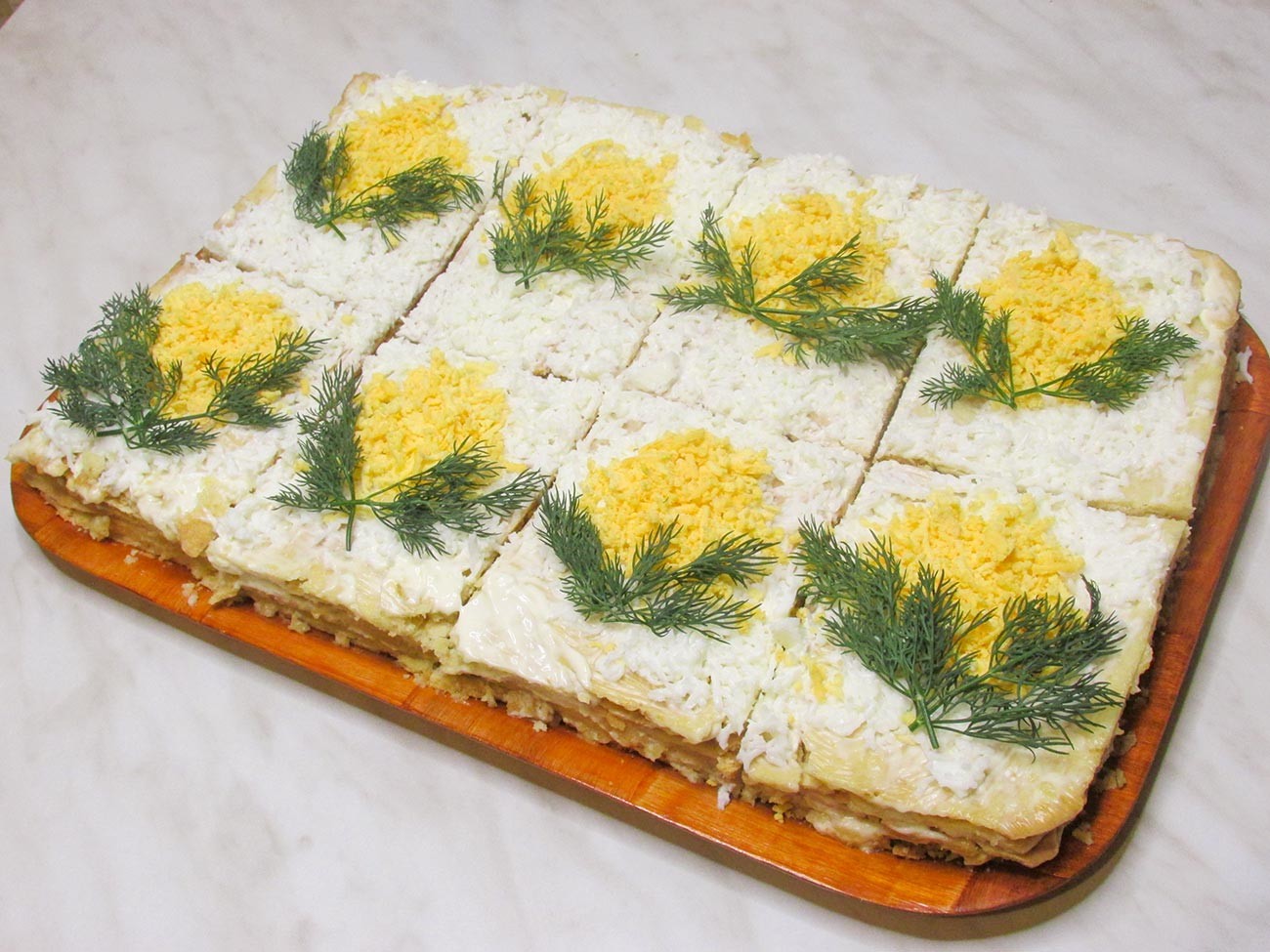