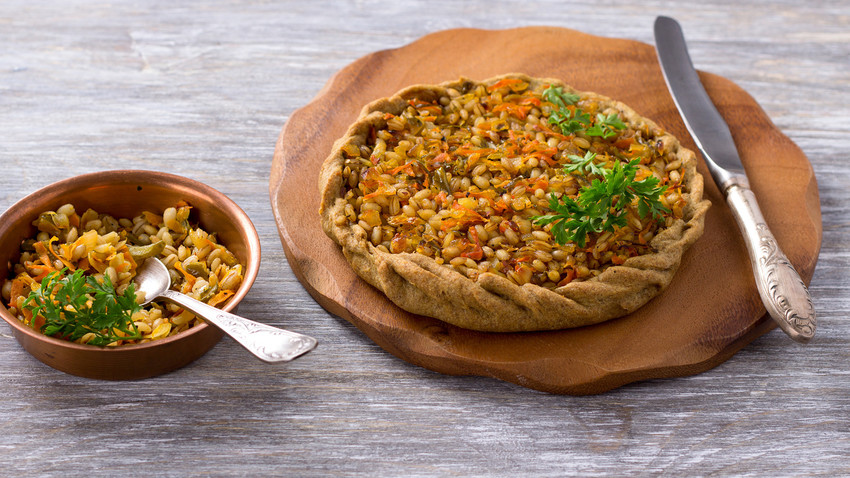 You probably never before thought to use pickled cucumbers in this way!

Legion Media
Did you know that several centuries ago ‘rassolnik’ in Russia meant not only a soup with pickled cucumbers but also a pie?

When you look in the dictionary for the word ‘rassolnik’, you’ll find the name of a traditional Russian soup made with pickled cucumbers and brine, and typically containing kidneys or other meat. But there is another peculiar definition of rassolnik: a rye pie stuffed with chicken and buckwheat, poured with the brine, and supplemented with a boiled egg. It was often prepared as close oval-shaped boats and served with the soup of the same name.

The latter meaning of rassolnik we see not only in dictionaries but also in the masterpieces of the greatest Russian classics. For example, an ebullient expert of Russian cuisine, as well as the prolific writer, Nikolai Gogol, noted: ‘Rassolnik - a pie with chicken, buckwheat porridge, brine is added to the filling, chopped eggs’.

Moreover, in one of his engaging and breathtaking novels, “Dead Souls”, he wrote: ‘The thrifty landowner Korobochka, among other supplies of food, carried in her carriage a pickle pie’.

You can bake this pie with chopped meat as the classics mention; in this case its flavor resembles an American cheeseburger, or stay with a lighter version as I do. Anyway, you will instantly grow fond of the process of cooking, as well as the ultimate taste. 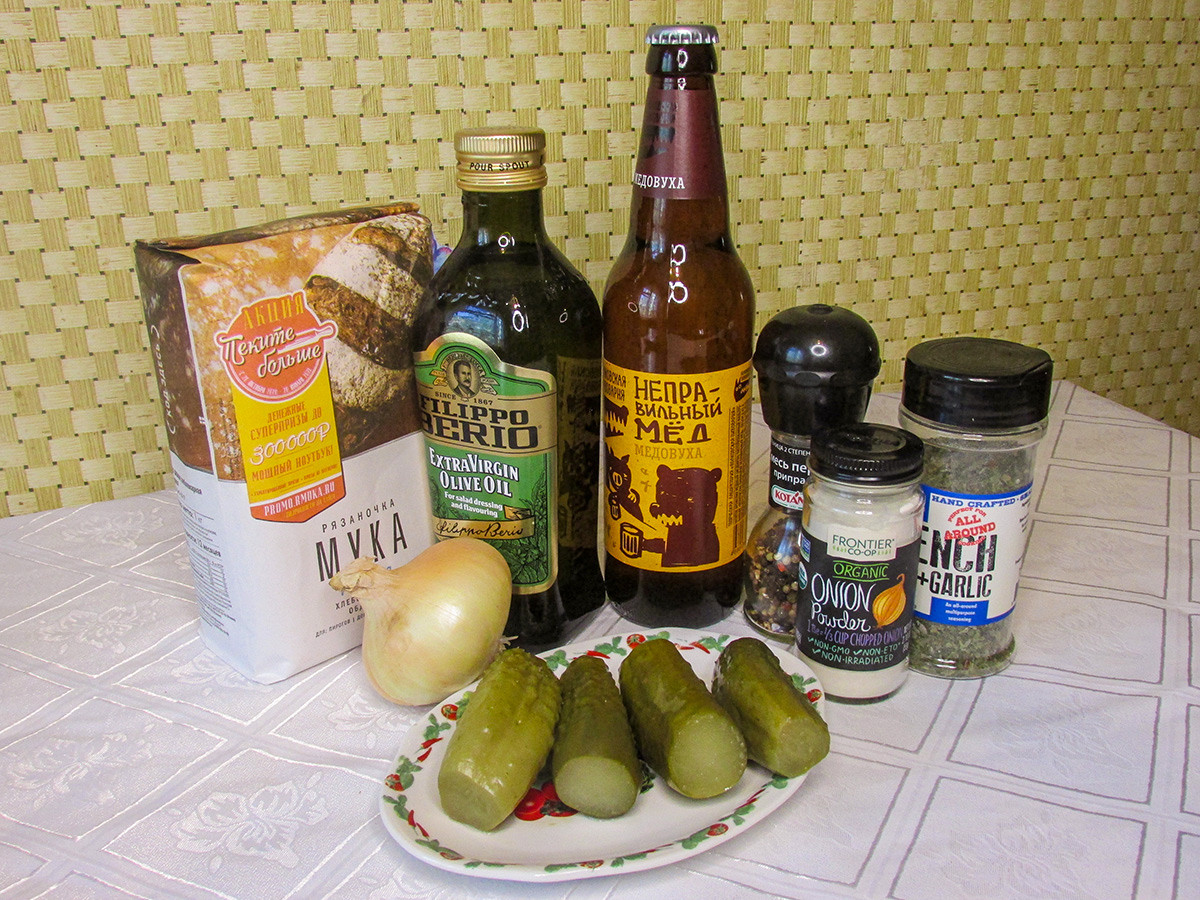 1. Chop the onion and cucumbers. As an alternative, the pickles can be grated. Squeeze sliced or grated cucumbers lightly to remove excess brine. The proportions between onions and cucumbers can be any, depending on taste, but most often they are taken in approximately equal amounts (visually, not by weight). 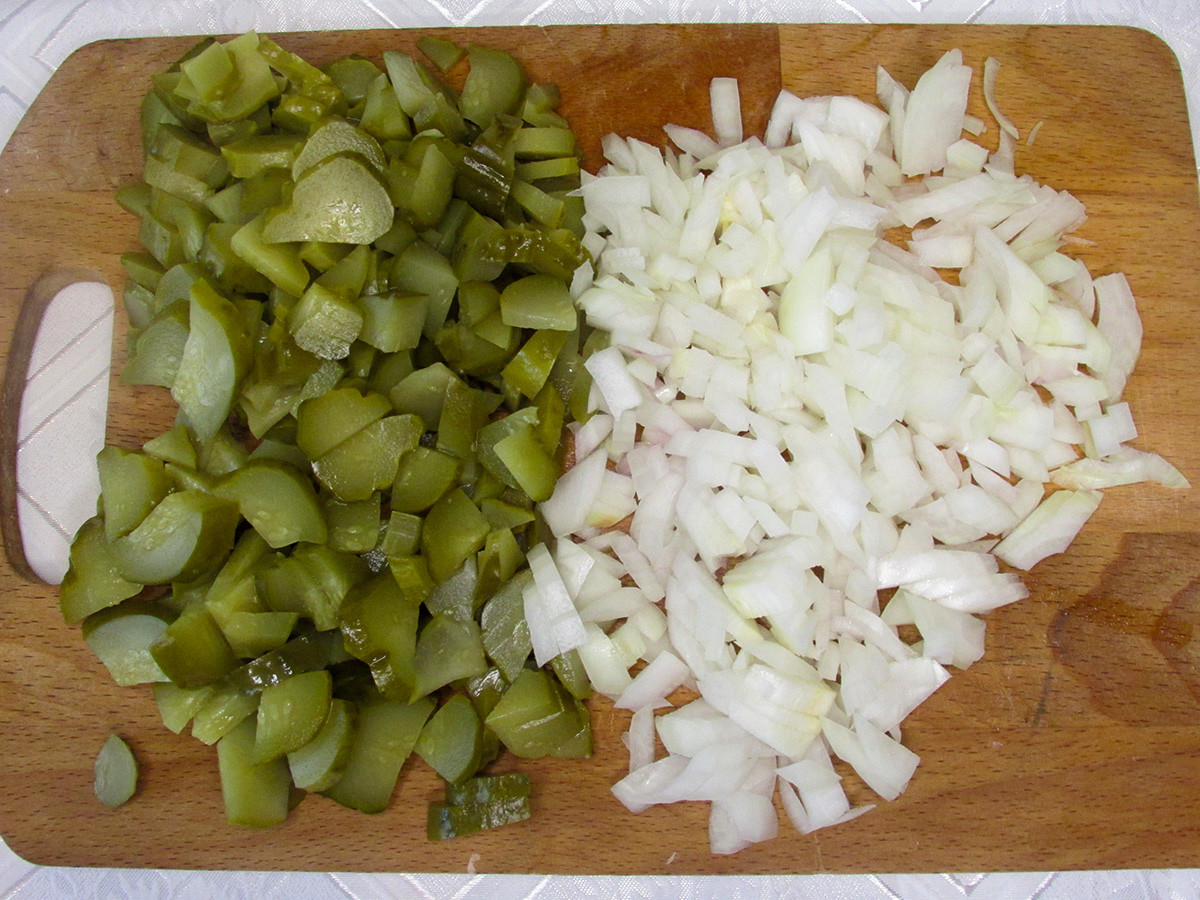 2. Fry the chopped onion in a mixture of butter and vegetable oils until lightly golden. Add cucumbers to the fried onions and fry everything together for another 5-7 minutes until the cucumbers are soft and the filling is dry. 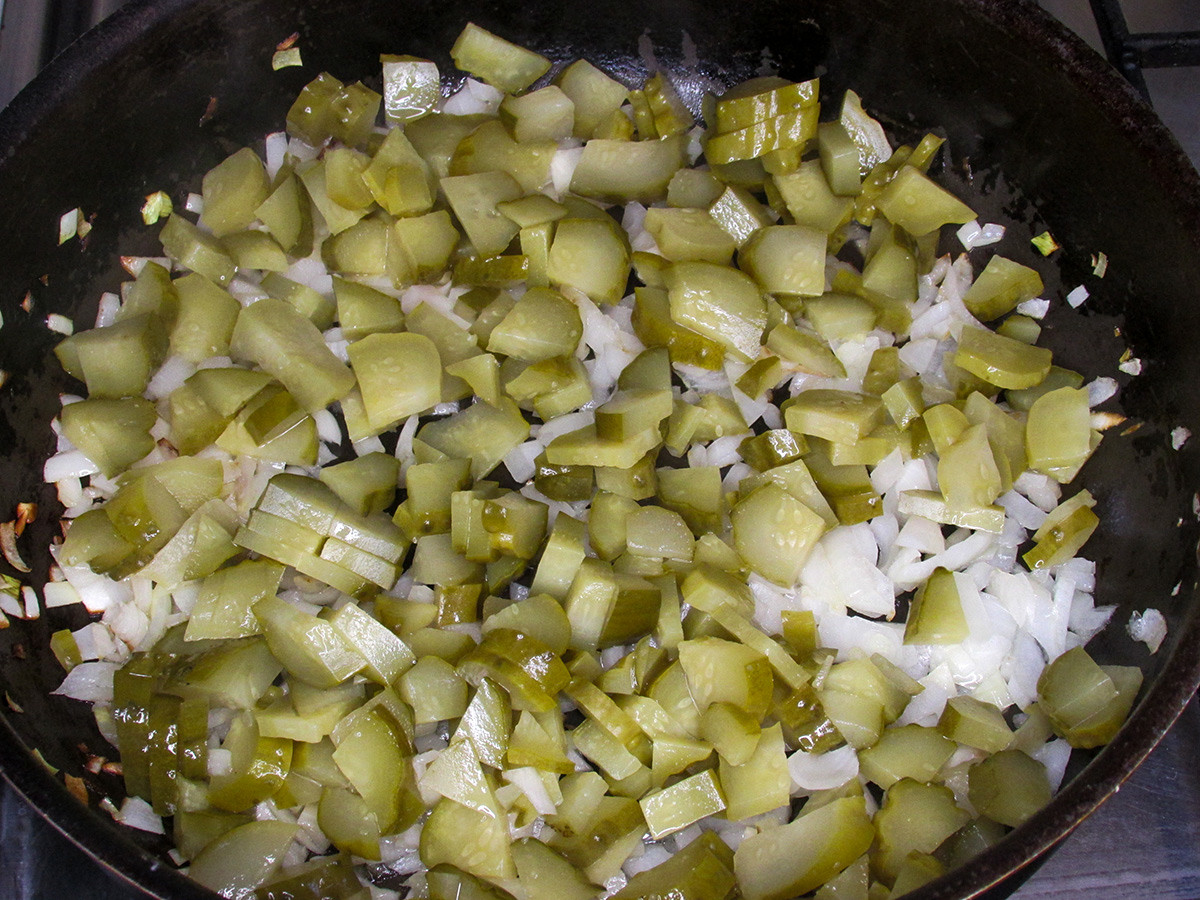 5. To make the dough: put the rye flour, vegetable oil, and beer into a deep bowl. Mix everything well until the flour is incorporated. As a result, you’ll get a soft dough that wonderfully holds its form. 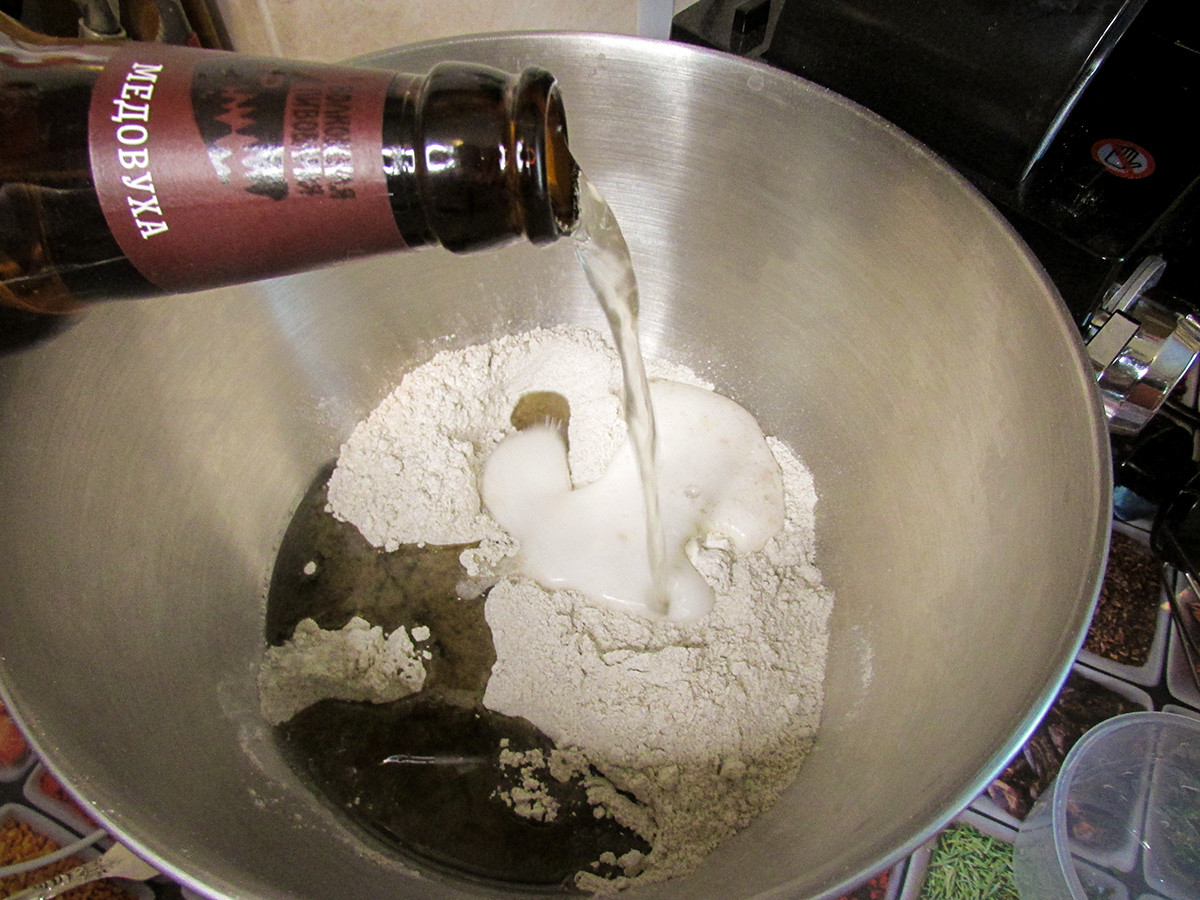 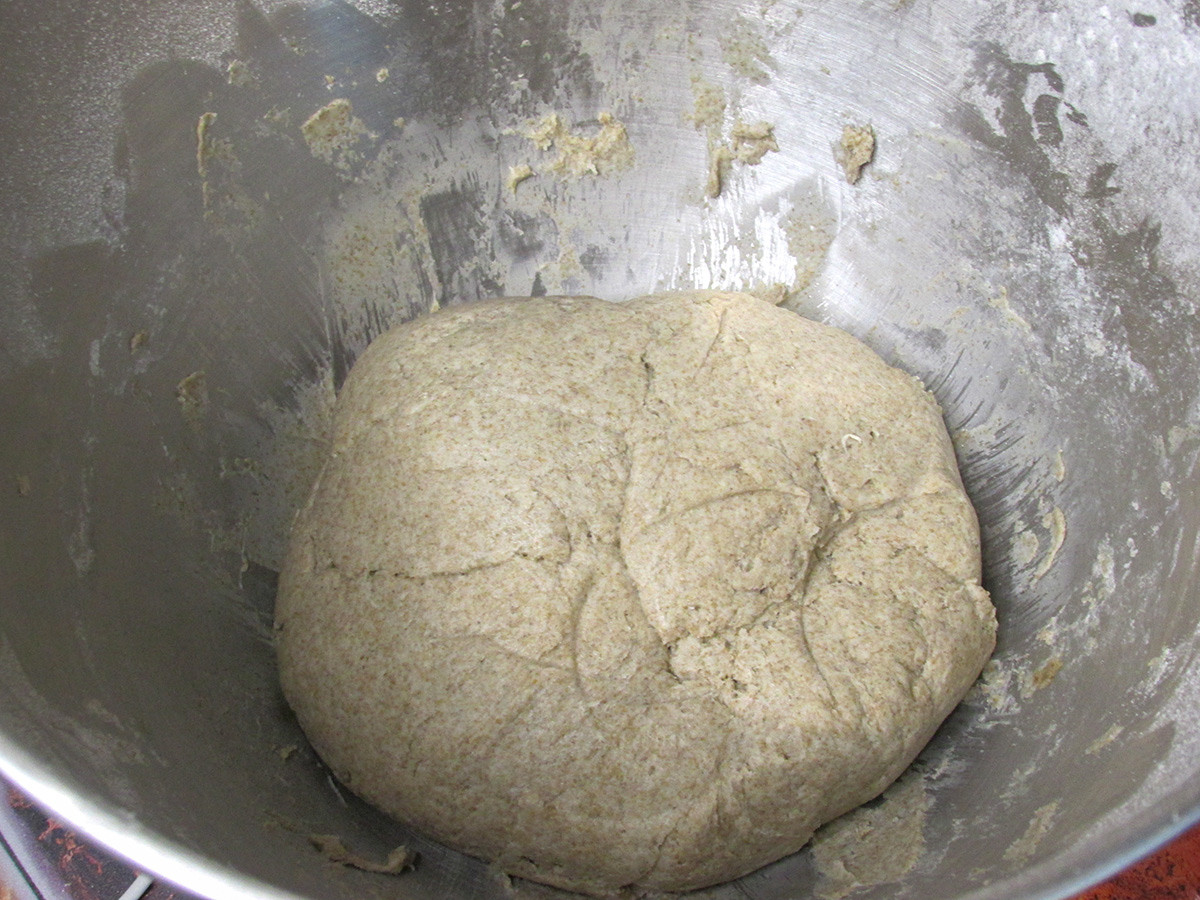 7. Roll out the dough in a wide circle. Put the prepared filling right in the center of the circle and roll the edges up so that the filling is covered only by the edges, but the pie itself is open. 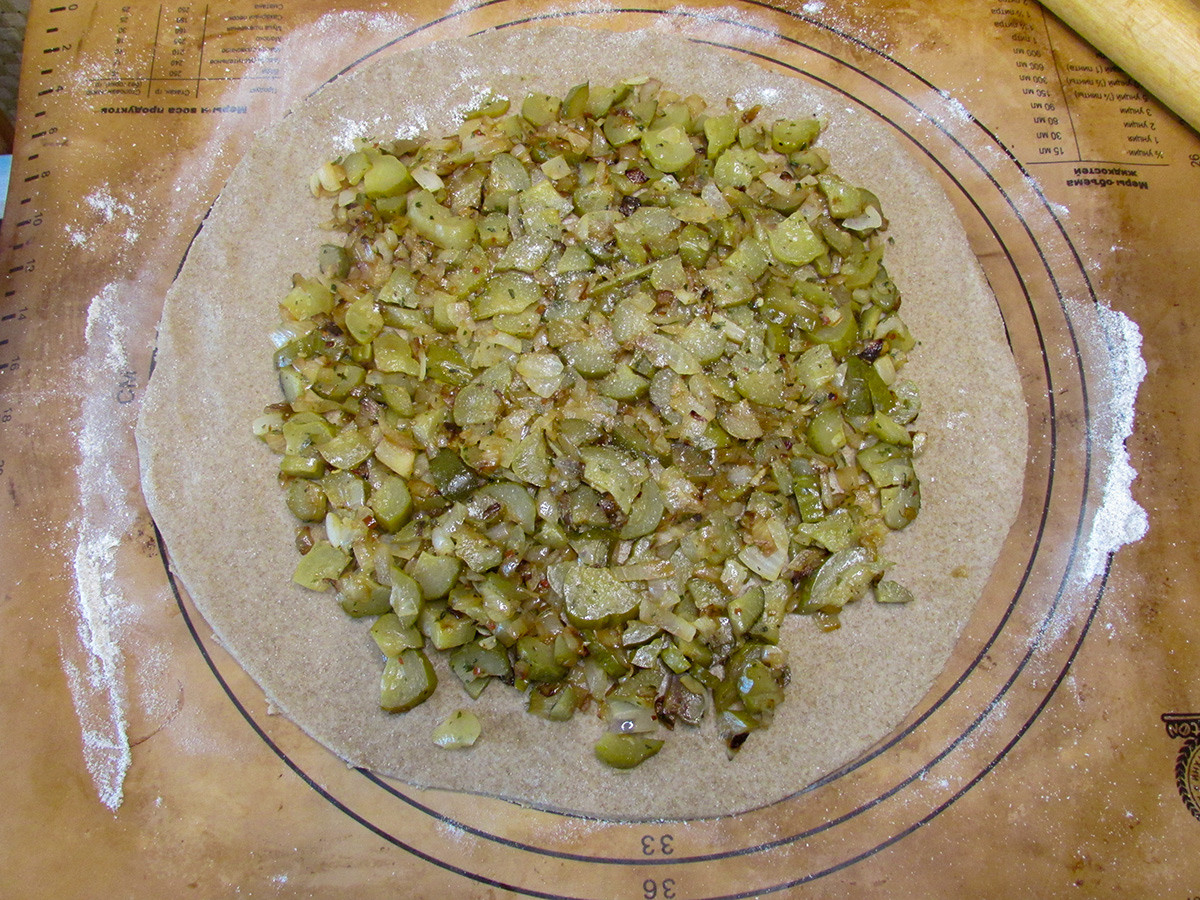 8. Before baking, prick the pie with a fork, wipe it with some vegetable oil. Bake in an oven preheated to 200°C until the pie is hard enough (about 40 minutes), meanwhile lay the table. 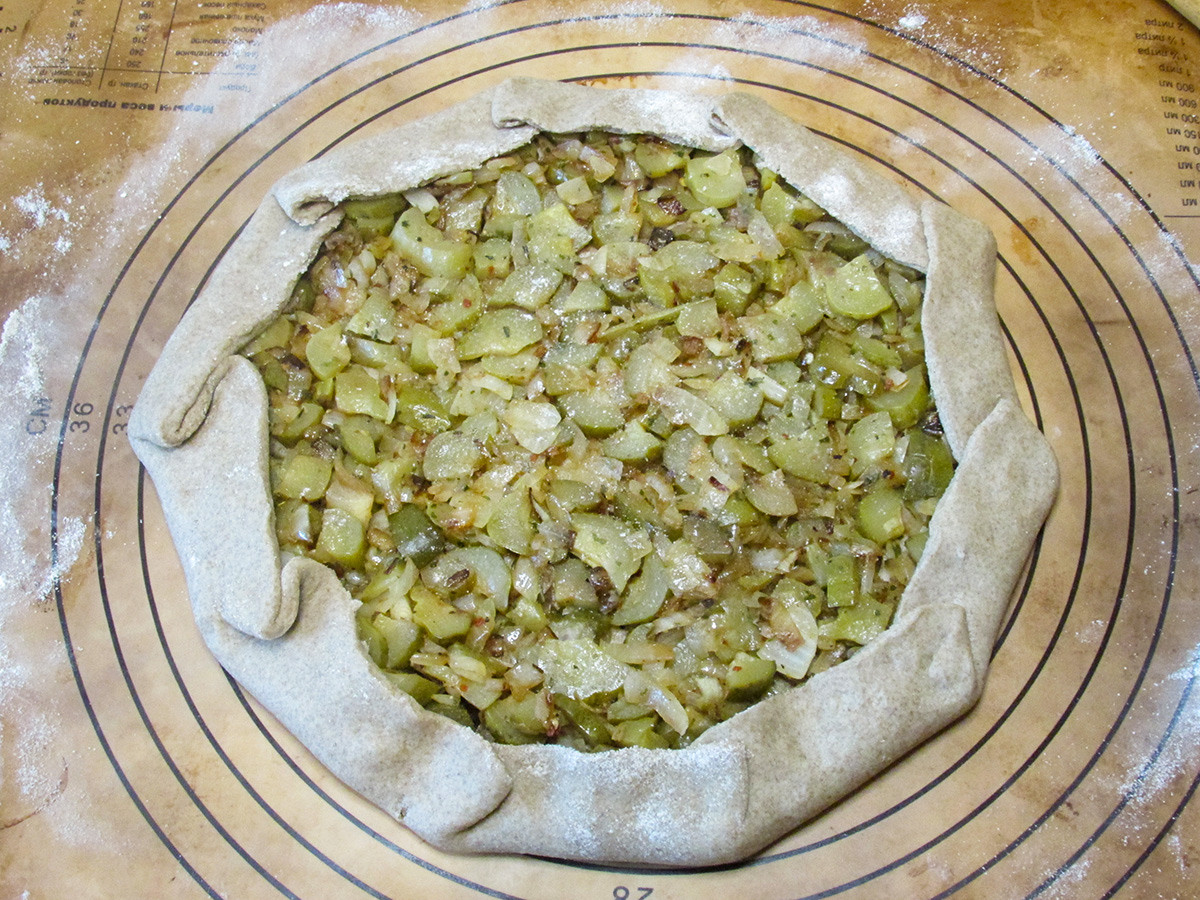 In the old days, for example, housewives served this pie with another well-known Russian first-course dish – soup rassolnik and some sore cream.

9. When the pickled pie is ready, let it cool completely. Enjoy your meal! It’s delicious! 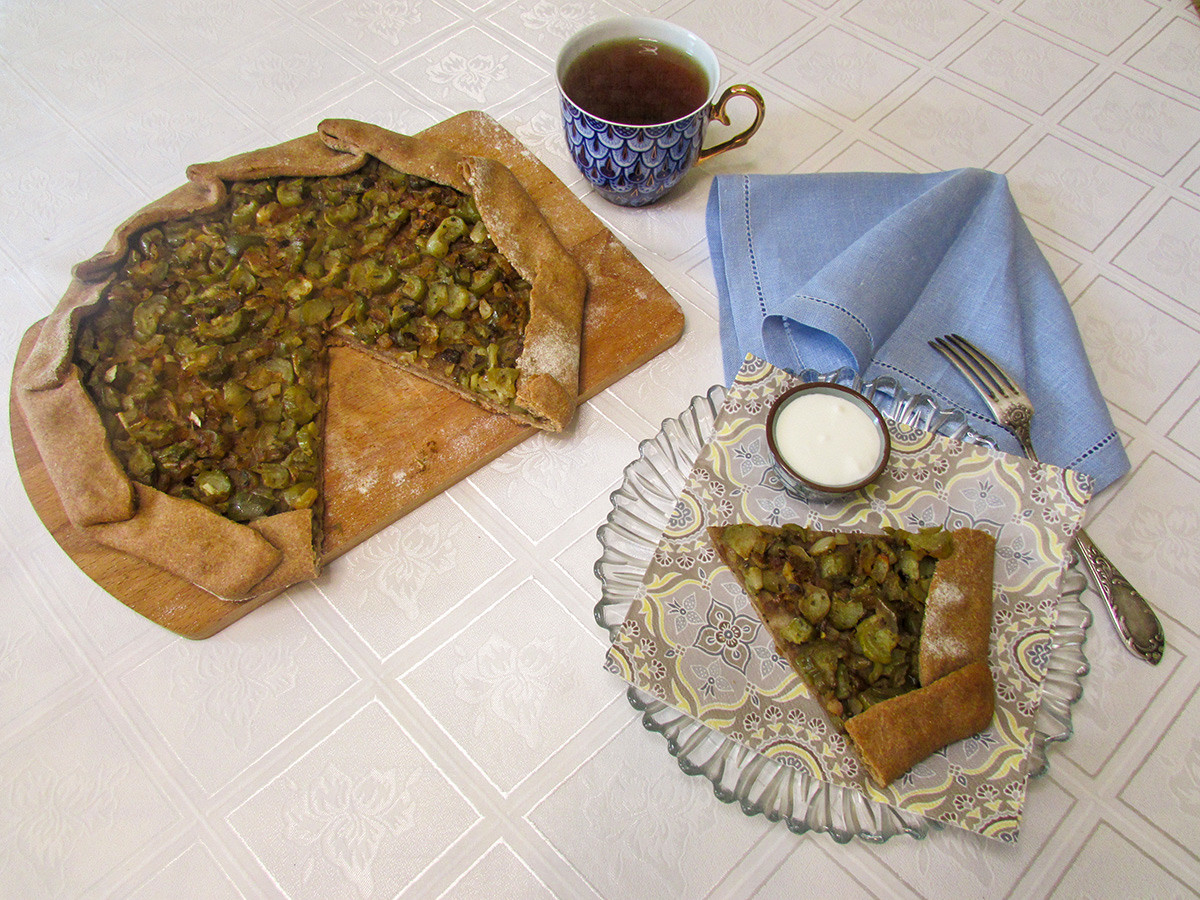