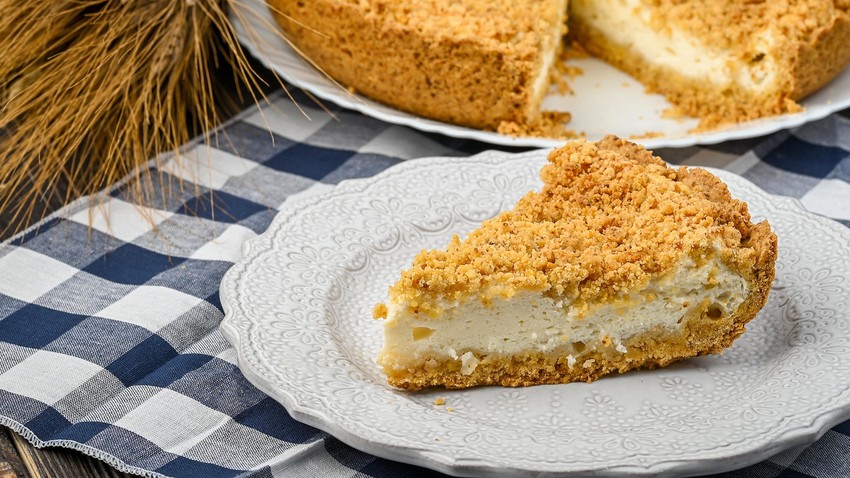 A sure way to effortlessly delight your friends and family with this yummy but healthy dessert.

Getty Images
Though rather small, this pie tastes like heaven and looks like an impeccable restaurant dessert.

No matter what theory you’re inclined to, all the roads lead to fire, because the ancient people prepared “vatrushka” on huge stone furnaces directly on an open fire. Many years later, the preparation took place at home, but anyway, the step-by-step recipe has been passed down from generation to generation and has come to our present day in a slightly altered but still tasty form.

How a simple dish became a royal favorite

Can you guess why, at first glance, a peasant pastry turned out to be the King’s dish? Probably because it became one of the favorites of royalty. In Russia, the tsar’s court took a fancy to this pastry, after which it became an essential part of any feast. Each time, Russian cooks added something new and grandiose to the classical recipe, making it a bright spark among a vast number of dishes on the table. On the other hand, it’s worth noting that vatrushka was really popular in Russia and Ukraine, but it was also well-known in Eastern Europe. It’s possible that the appearance of ‘king’s vatrushka’ was also influenced by European versions of this dessert, which is why it’s called “king’s vatrushka'', not “tsar’s vatrushka”. Anyway, every country has its own approach to this dish. 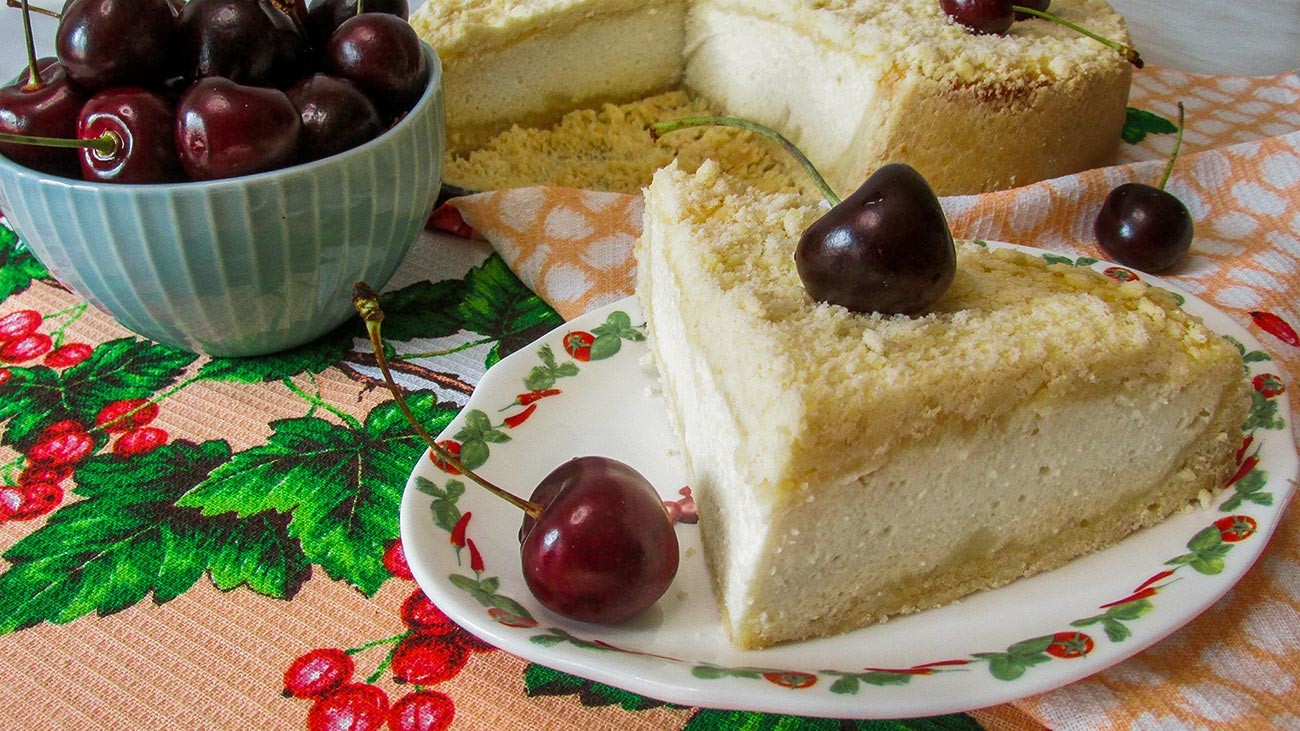 What’s more, it’s a recipe that hides the healthy components in something sweet, which is at first glance, apparently unhealthy. This can be useful if you bake it for kids. That’s exactly what we do – make this delicious dessert by adding sweet flavoring and packing the cottage cheese between the flakey, butter pastry layers.

The basic pastry for king’s vatrushka is always shortcrust, but the filling opens a door to your imagination. A classic variation is prepared with cottage cheese and sour cream, but nowadays housewives beautify the pie with jams, fresh fruits, chocolate, and peculiar flavorings. No matter how you’re going to highlight your culinary masterpiece, it’ll come out awesome, since all the ingredients are in perfect harmony.

4 tips to bake a tasty vatrushka

Before we get immersed in the process, I’d like to make a couple of recommendations. First, many of the ingredients are interchangeable and that’s an advantage. You can, for example, replace vanilla sugar with vanilla extract, and you can replace baking powder with soda. Secondly, if you want king’s vatrushka to rise high, the eggs and sugar must be combined with a mixer, but the flour must be incorporated using a spatula or fork. Thirdly, while baking the pastry in the oven, it’s forbidden to peek; otherwise, you risk the pie collapsing. Finally, once the oven is off, let the pie cool for another 10-15 minutes.

Let’s not waste precious time and get straight to the enjoyable process of cooking. 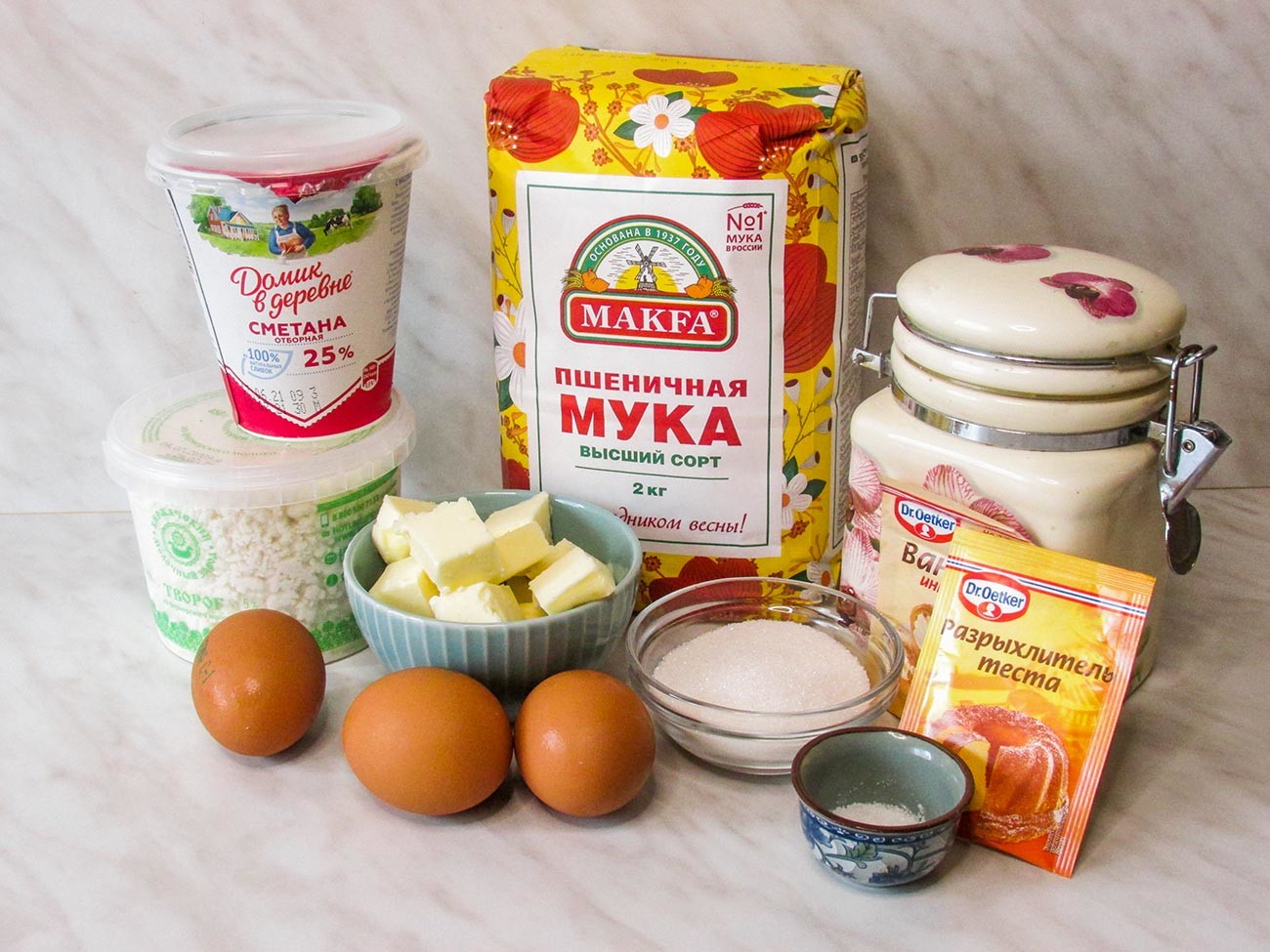 1. Have all the ingredients measured out and ready. Take a deep bowl and mix flour, salt, sugar, and baking powder. Then, using a box grater, turn the frozen butter into flakes. 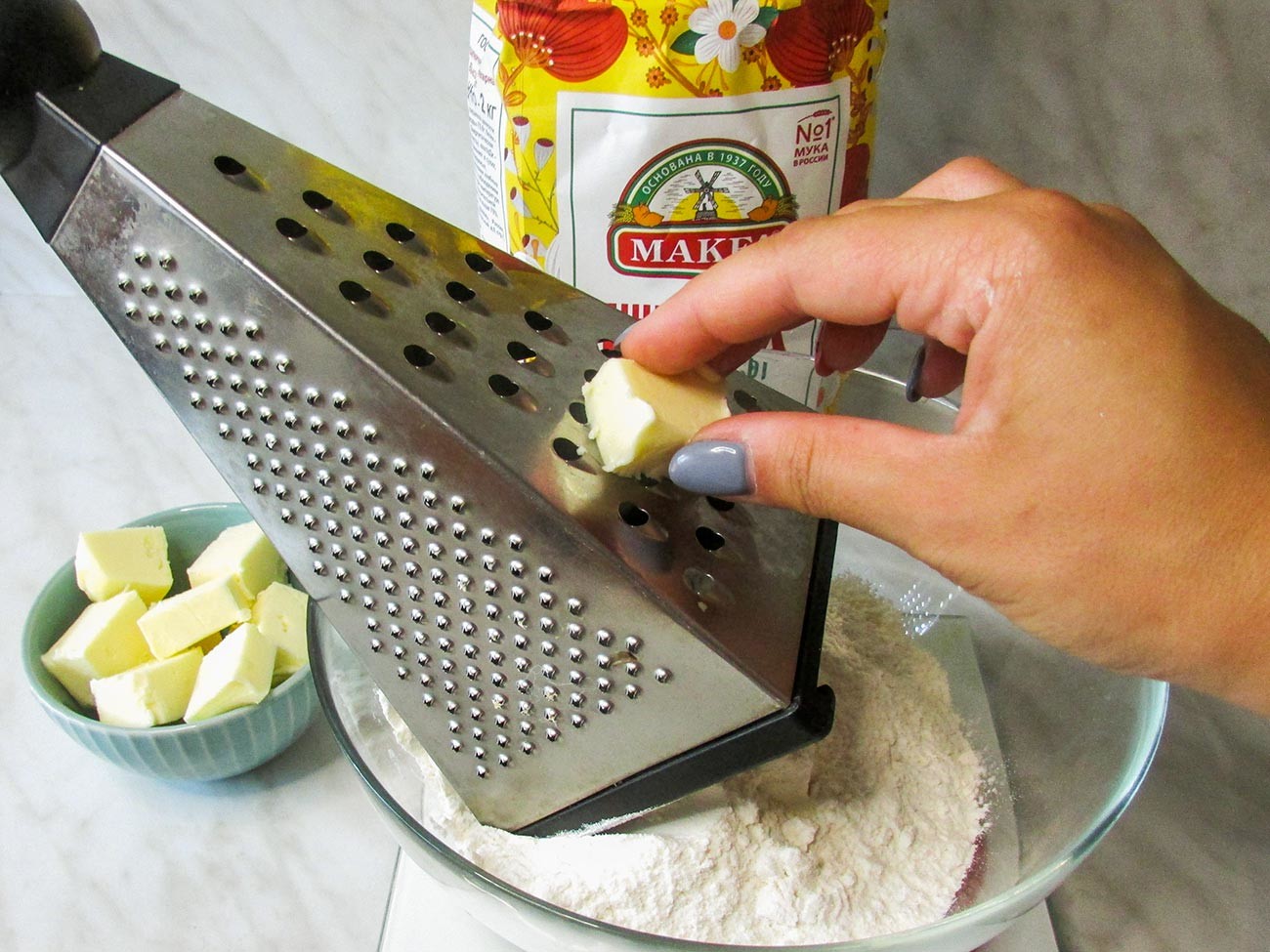 2. After that, using your hands, quickly mix the flakes of butter into the flour until it has a breadcrumb consistency. Put the bowl in the fridge for half an hour. 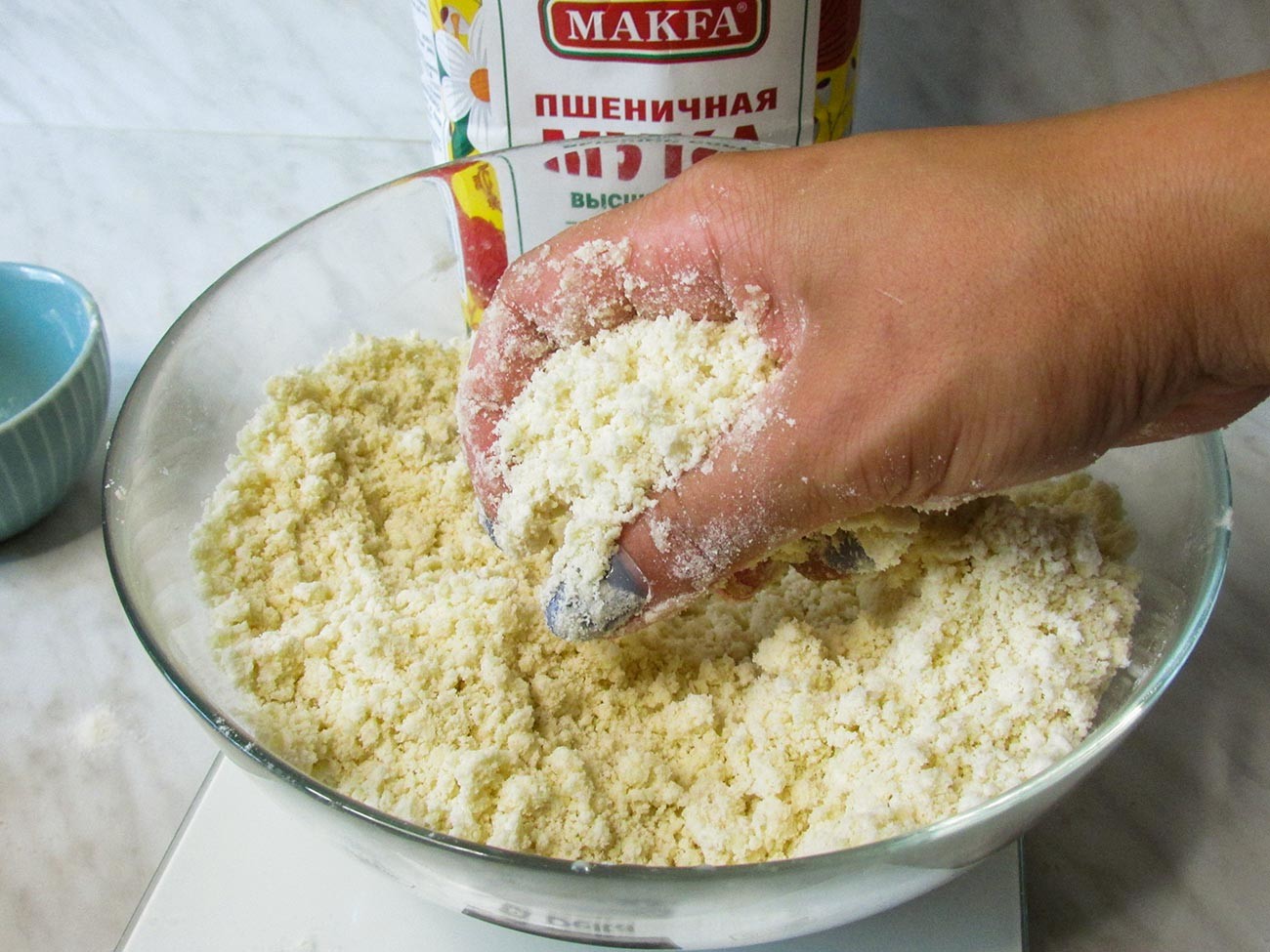 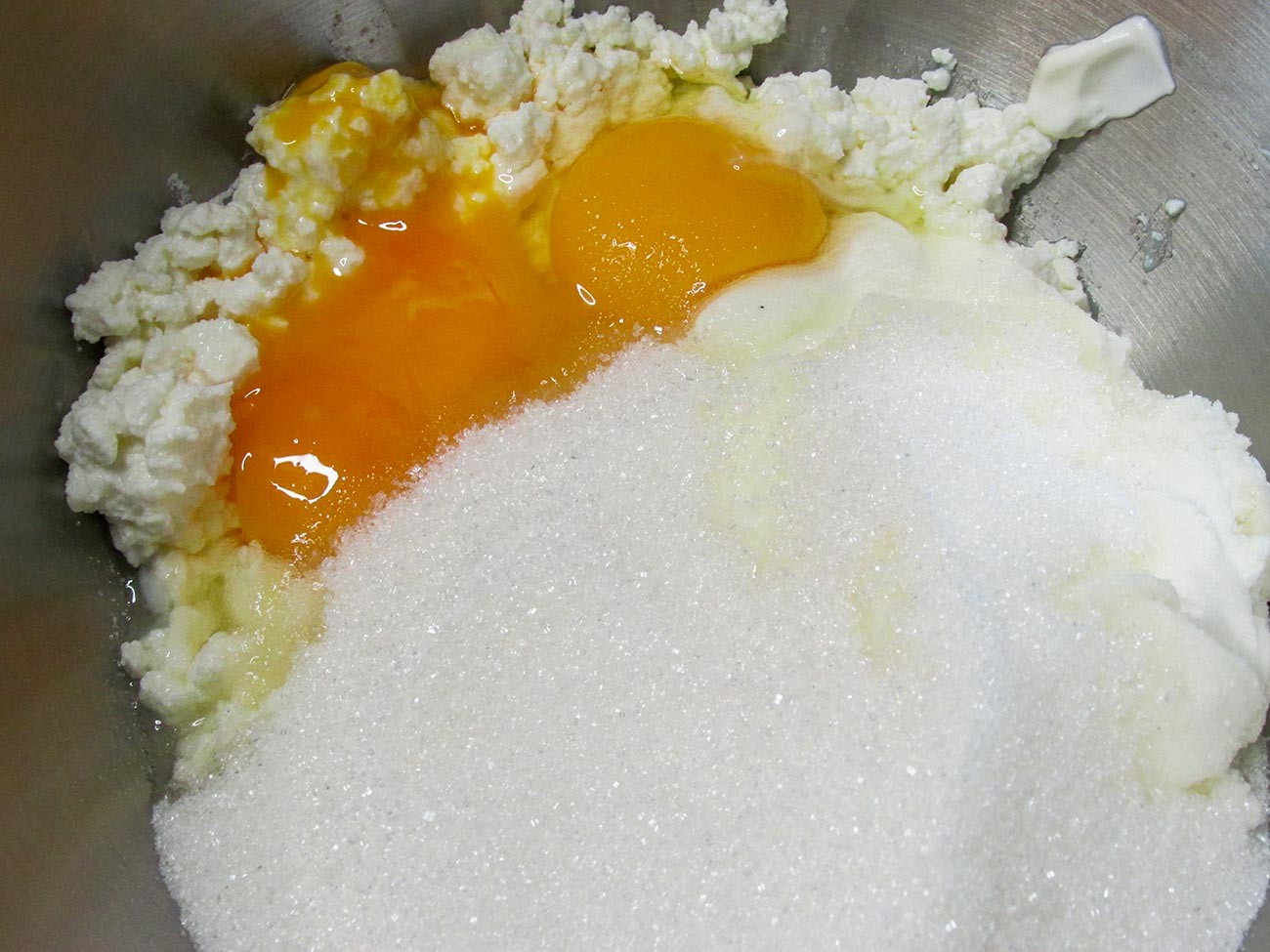 4. Put 3/4 of the crumbs (dough) into the springform baking pan. Press the mass to the sides and bottom of the form. 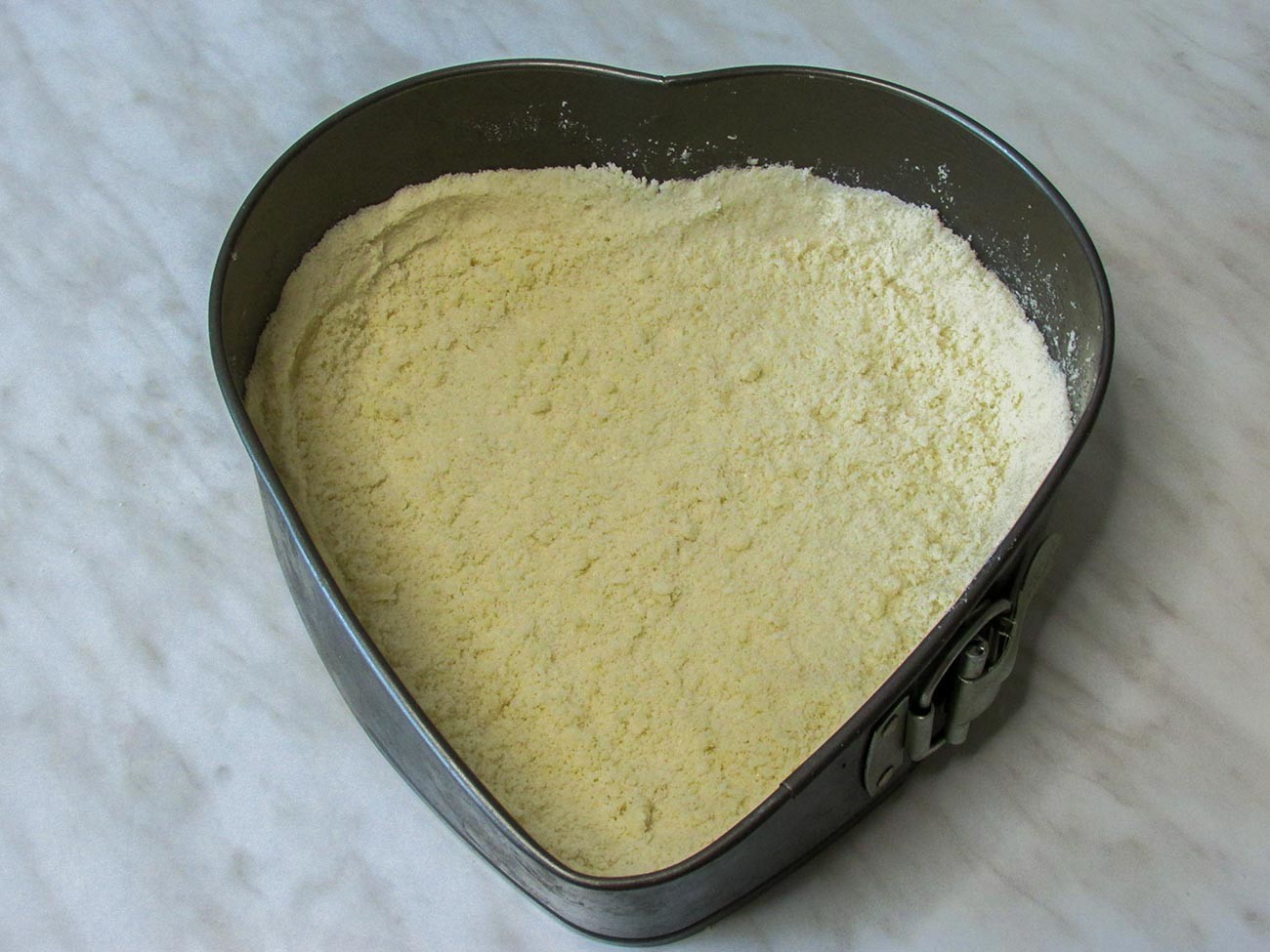 5. Pour the filling into the form so it doesn’t pour over the dough ribs. 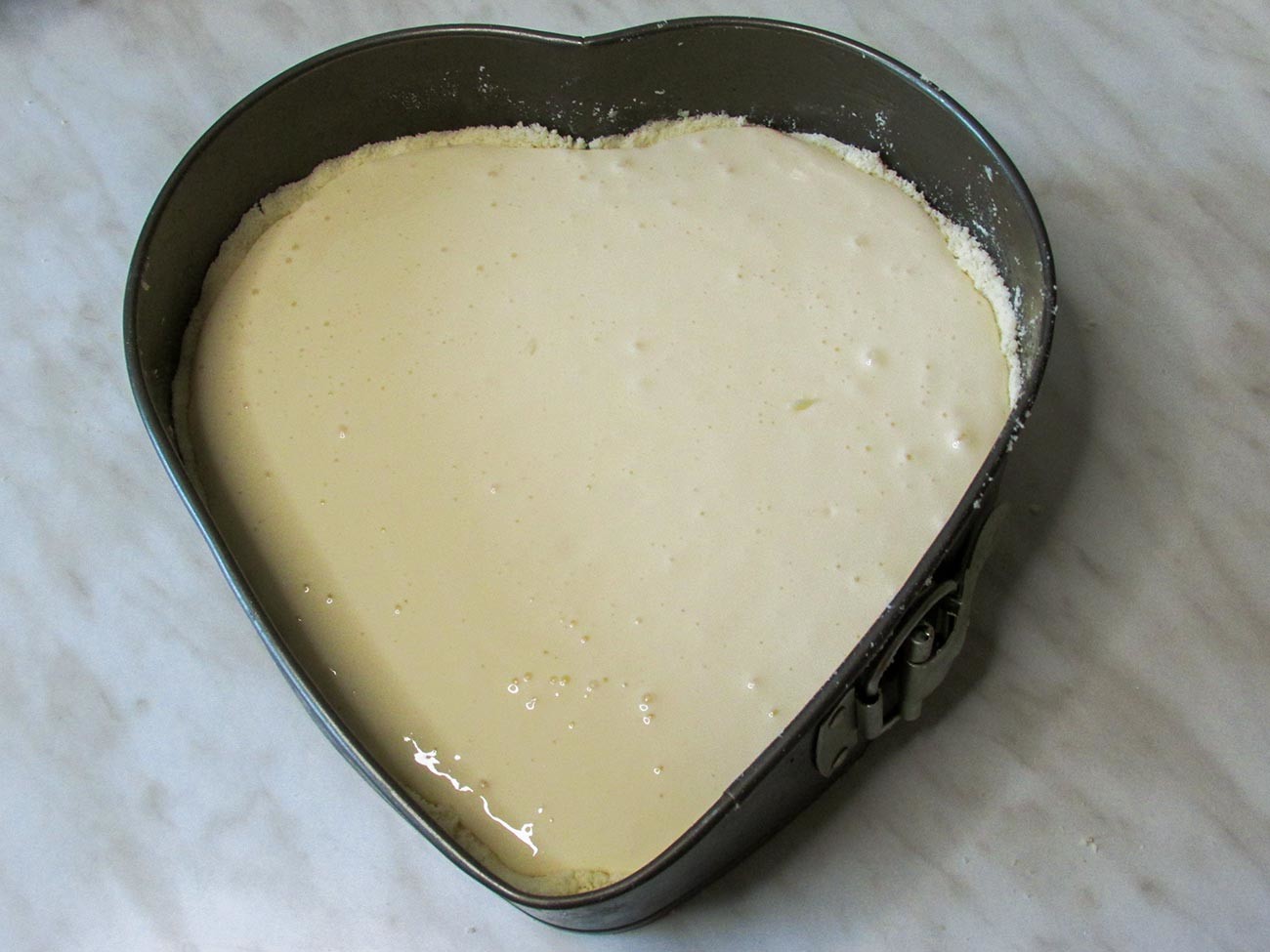 6. Sprinkle the rest of the crumbs on top of the filling.

7. Put the form into the oven preheated to 180°C for approximately 45 minutes. After the pie is ready, turn off the oven and leave the pie for another 15 minutes.

8. Take the cake out of the oven and cool it to room temperature, remove it from the shape; slice nicely, and heartily serve your guests and family! I hope you’ll enjoy it as much as I do! 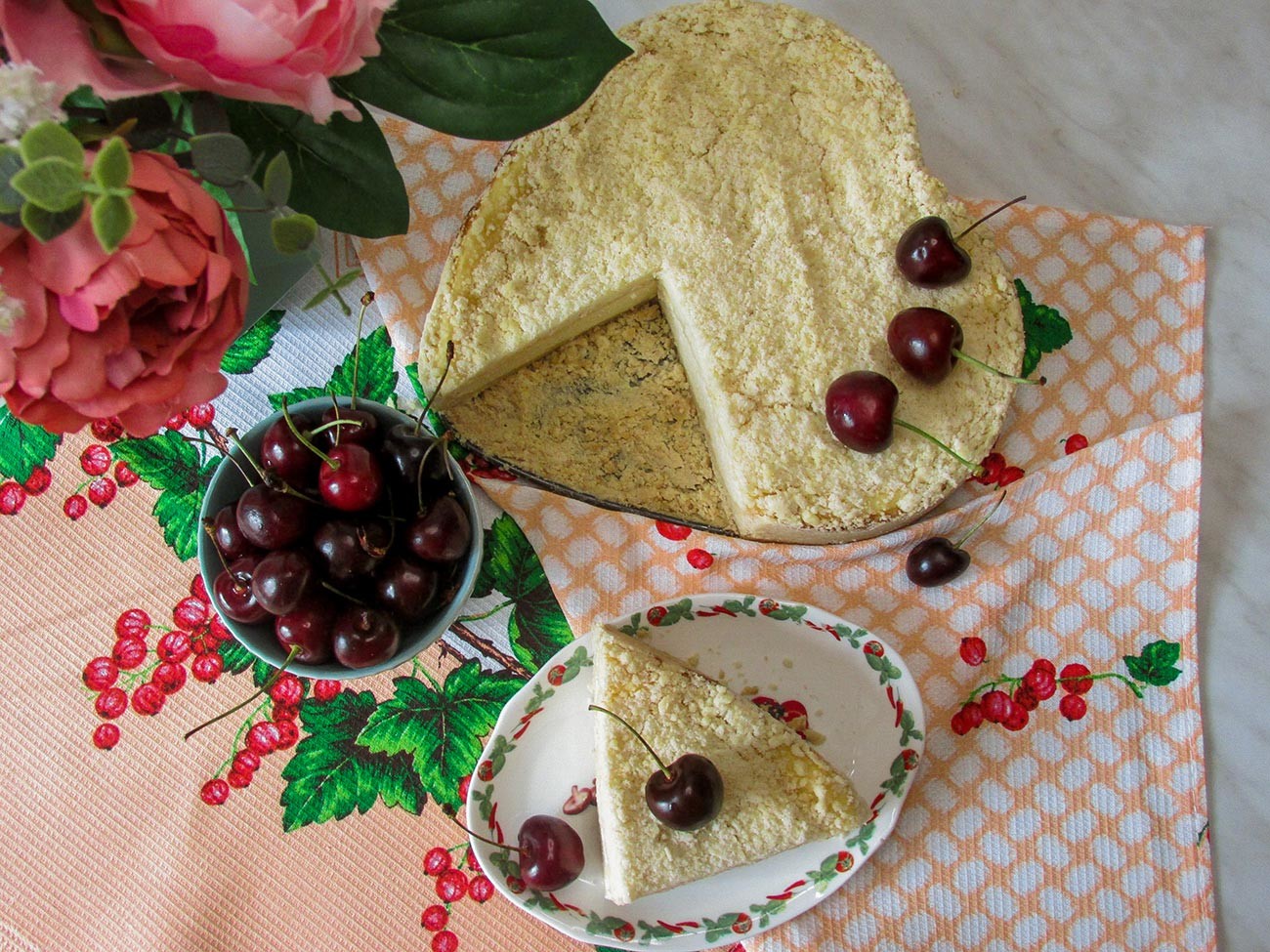