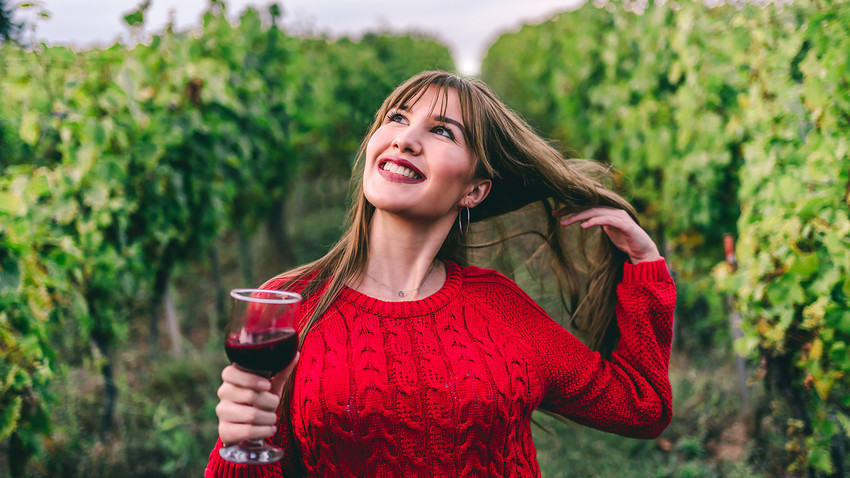 LordHenriVoton/Getty Images
Experts explain which of the many local varieties have the most potential.

This ancient grape sort is traditionally grown in the Don River region in southern Russia, where winemakers have recently shown renewed interest in it. The variety is capricious, intolerant of frost and disease, and requires constant care and attention. Nevertheless, it produces rich, dark, ruby-​colored wines with purple hues. Its aroma smacks of wilted cherries, blueberries, prunes, black pepper, chokeberry, jam and eucalyptus notes. To connoisseurs, it may bring to mind the well-known Cabernet Sauvignon. 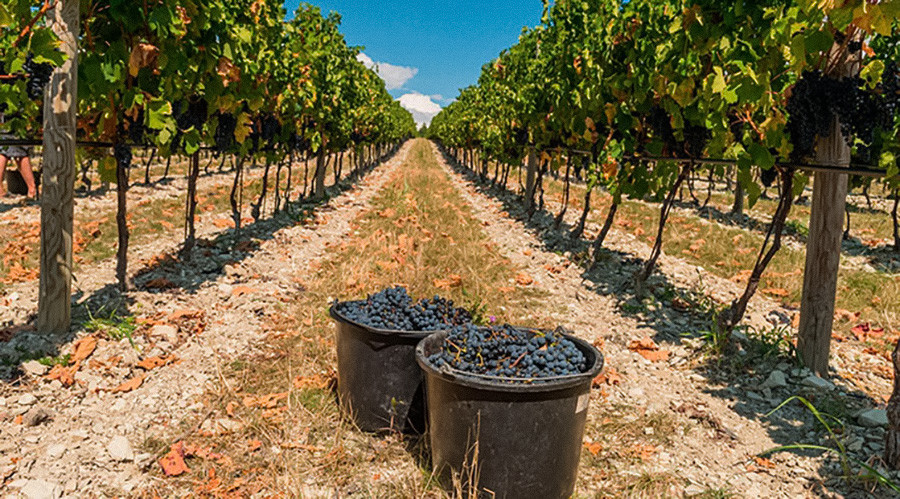 “This sort is one of Russia’s most iconic,” says Dmitry Savin, head sommelier at the Artest restaurant. “The best wines made with it come from Rostov and Krasnodar. The name is derived from the word stopa, which Cossacks called the crest of the vine – with its characteristic red color. It is a very bright variety used to make full-bodied red wines.”

The long dispute over the grape’s “autochthony” was resolved in 2013 by the Swiss ampelograph (grape specialist) Jose Vouillamoz, who agreed that Krasnostop was indeed indigenous to the region. And in 2018, the renowned US wine critic James Suckling named the Sober Bash winery’s Krasnostop of 2016 vintage the best wine in Russia. 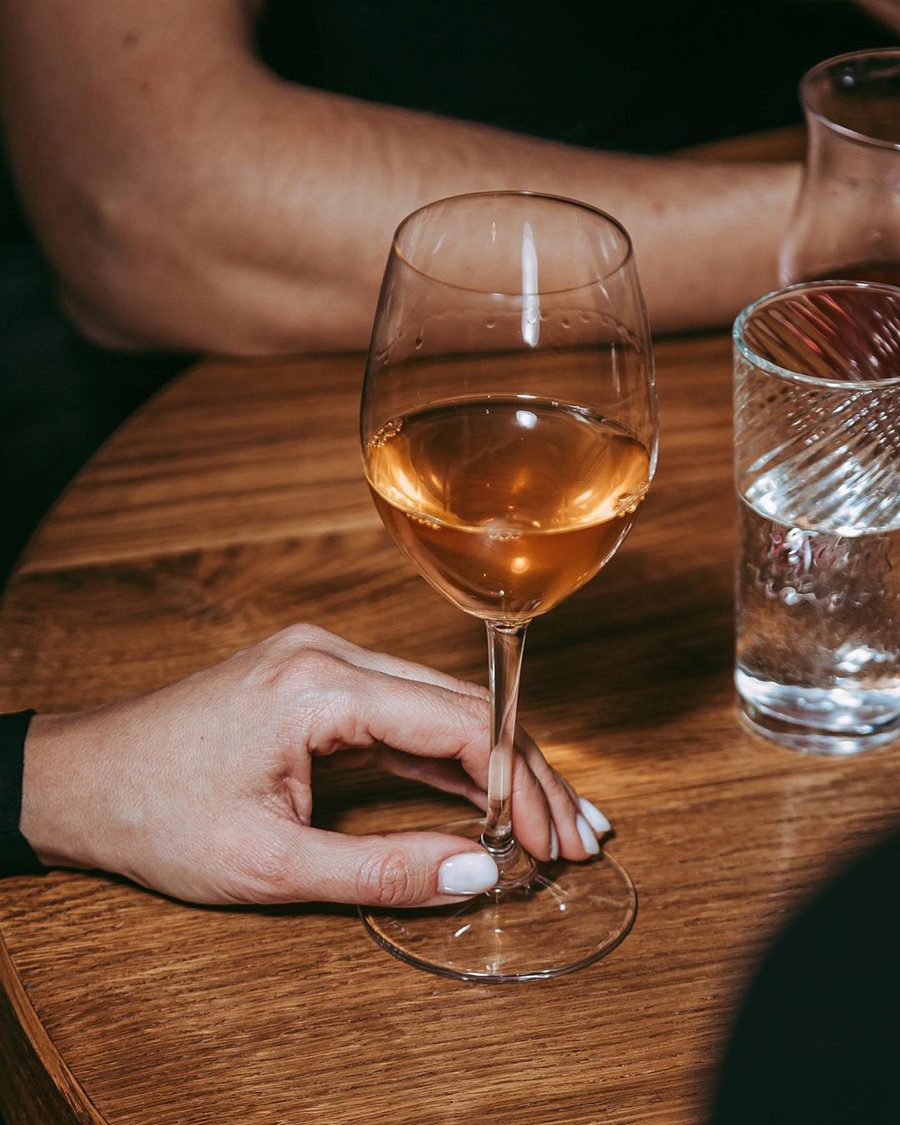 Russian botanist Peter Köppen assumed that the Kokur variety had been brought to Crimea by the Greeks from the island of Corfu in the 12th-14th centuries. In ancient times, it was planted throughout the Sudak Valley, and still occupies a leading position in this area today. From Crimea, the variety spread, quite literally, to the Don region, where it became known as “long white”.

Harvesting takes place quite in late to mid October; the variety is not frost-resistant. By this time, the berries have turned a yellowish-green color with 24% sugar content. The sort balances acidity with sweetness.

Kokur is a versatile grape in winemaking, since it is used not only for dessert wines but fortified ones, too, such as Port White Surozh, as well as champagne wines.

“I like this tranquil white variety, where citrus and herbs predominate the aromatics. It is reminiscent of Italian Trebbiano,” says Yuri Skornyakov, sommelier at the L.E.S. restaurant. 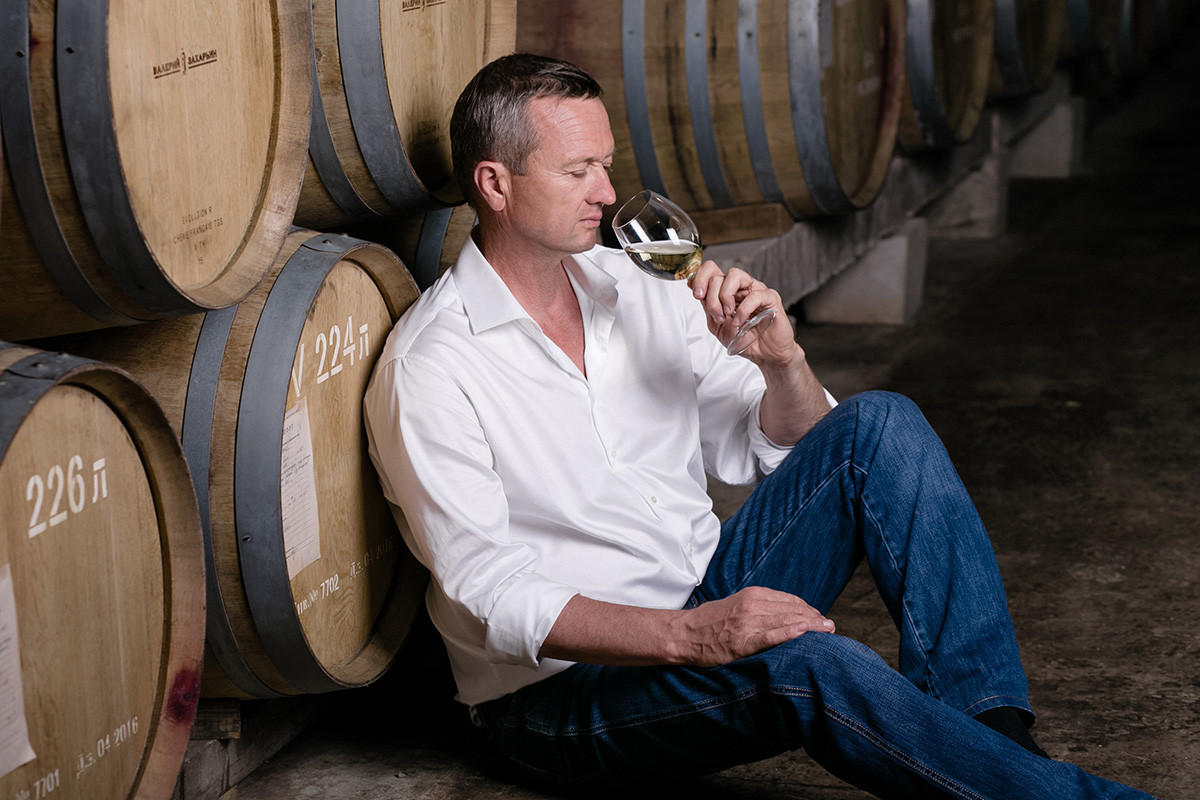 The winemaker Valery Zaharin, who more than 20 years ago devoted his life to winemaking.

This variety, of Greek origin, was introduced to Crimea and grows in the Sudak region. It is typically planted next to the White Kokur pollinator variety.

The berries are light green with a yellowish tint on the sunny side. It ripens late, with a 27% sugar content. Dessert wines made from it have a bouquet similar to that of Tokay.

"Sary Pandas is not very widespread, but it makes wines with excellent acidity and honey aromas,” says Dmitry Savin. 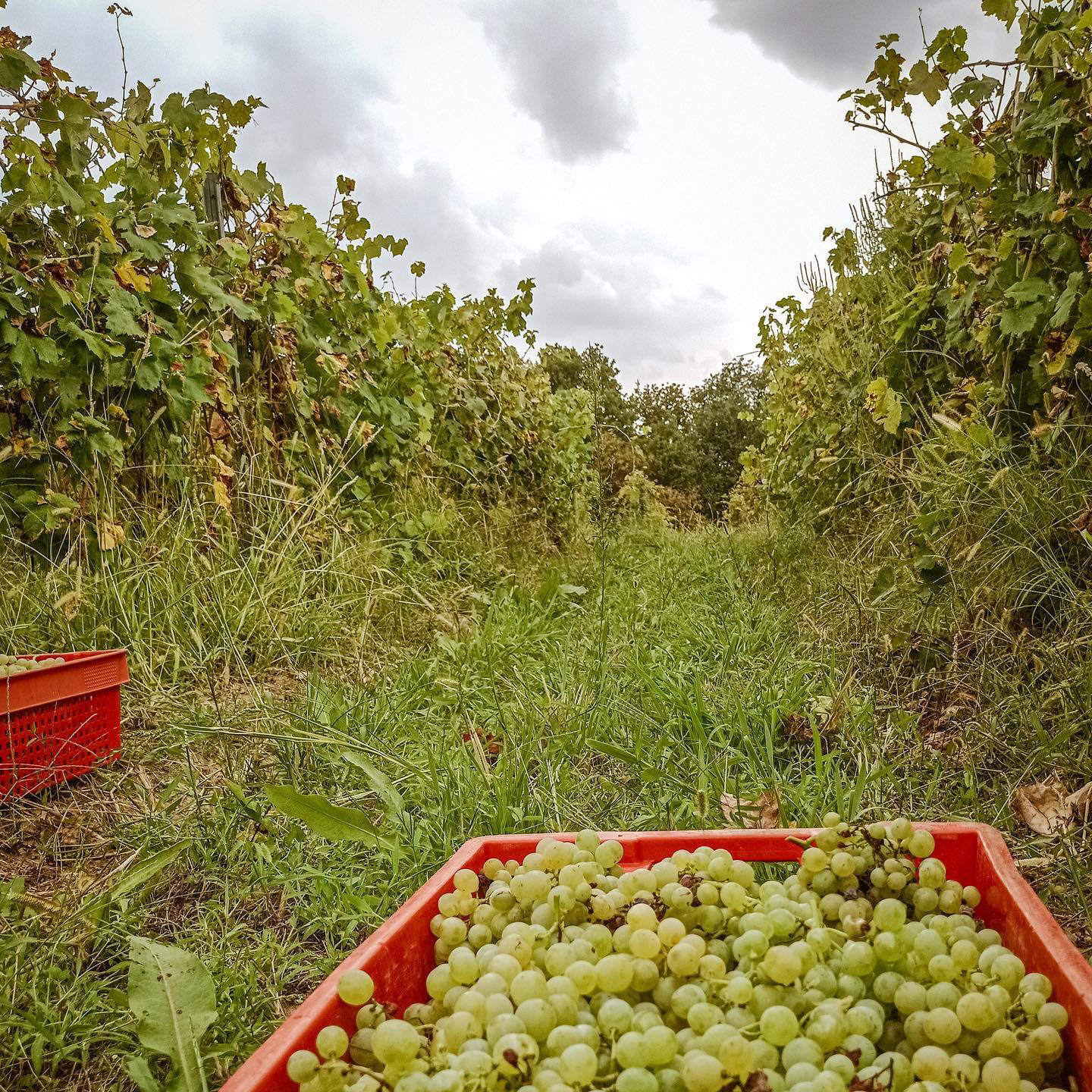 The Sibirkovy variety is steadily gaining popularity and winning over lovers of fresh summer white wine. This grape sort was brought to Russia from Bessarabia (now Moldova and Ukraine), Hungary and Bulgaria during the time of Peter the Great, and reintroduced in the Don region not so long ago.

Sibirkovy has weak resistance to frost and fungal disease. At ripening, it has lost its acidity; the sugar content is 22-27%.

“Its distinctiveness lies in the multitude of herbs in the aroma, which are intertwined with fruity notes. Thyme and freshly cut grass alternate with citrus, as well as white peach and juicy apple,” notes Roman Meshitbaev, sommelier at the Drinks@Dinners restaurant.

Tsimlyansky Black is an indigenous grape variety that grows in the Don River valley and Stavropol Territory, less often in the North Caucasus. It was first mentioned in 1717, when Peter the Great presented 20 barrels of Tsimlyansky wine to King Louis XV of France. Later, in 1813, on the Place de la Bastille in Paris, Russian troops drank 3,000 bottles of Tsimlyansky wine in honor of their victory over Napoleon.

“Sparkling wine made from Tsimlyansky Black was served at the tables of the Moscow and St. Petersburg elite 200 years ago; the variety already existed, and winemakers were actively experimenting with it,” says Elena Pogodina, head sommelier at the BURO. TSUM restaurant. In her words, Tsimlyansky Black is resistant to heat but not frost: “Its peculiarity is that it soaks up sugar quickly, but the acidity suffers as a result. That’s why it is most often blended with acidic grape varieties to give balance. The European grape sort closest to it is Piedmont Barbera. 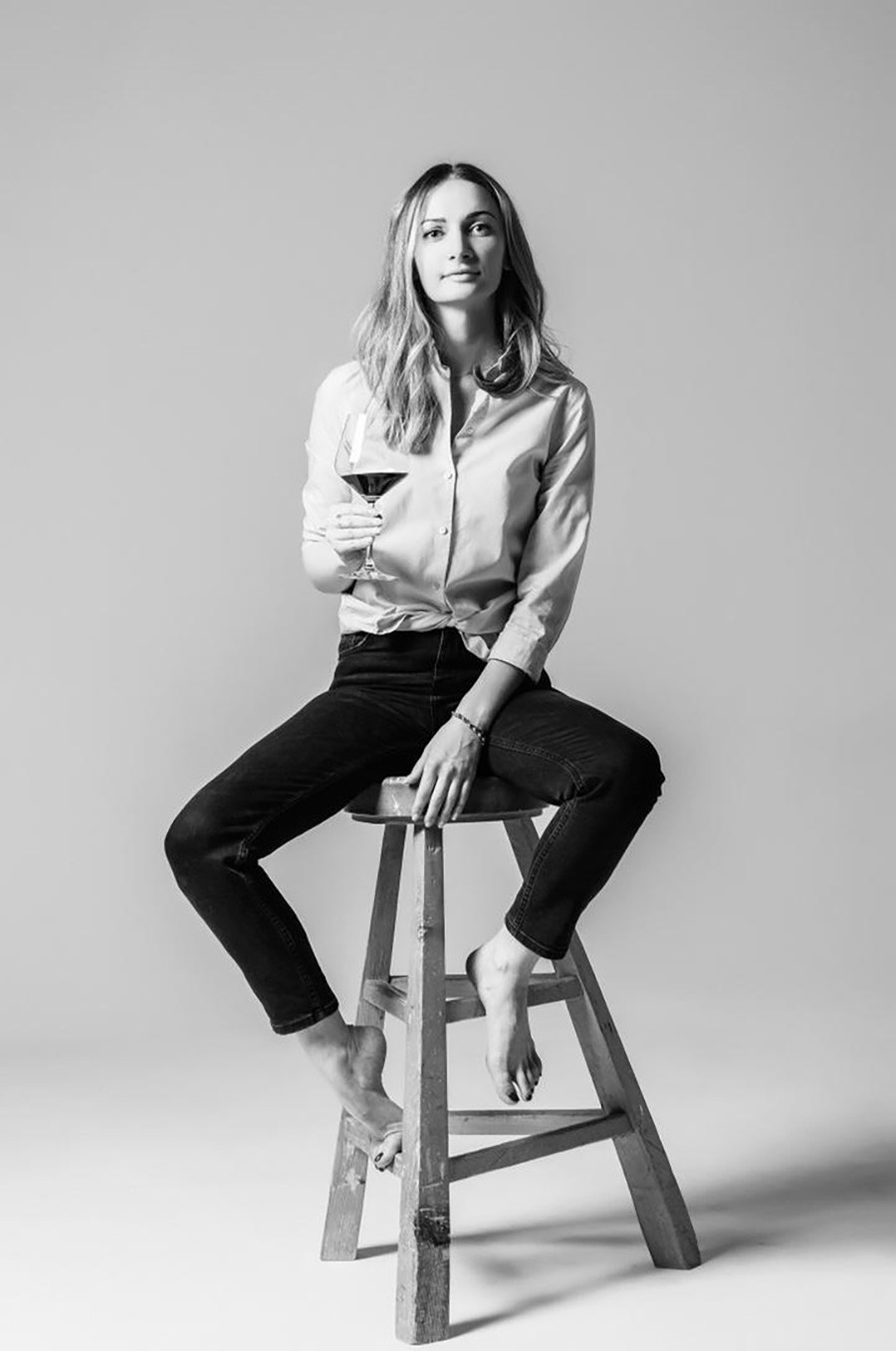 Tsimlyansky Black is used to make sparkling and red wines, less often dessert ones. The reds are intense, structured and brightly colored. Although there is no data yet on how the variety ages, Russian winemakers see great potential in it.