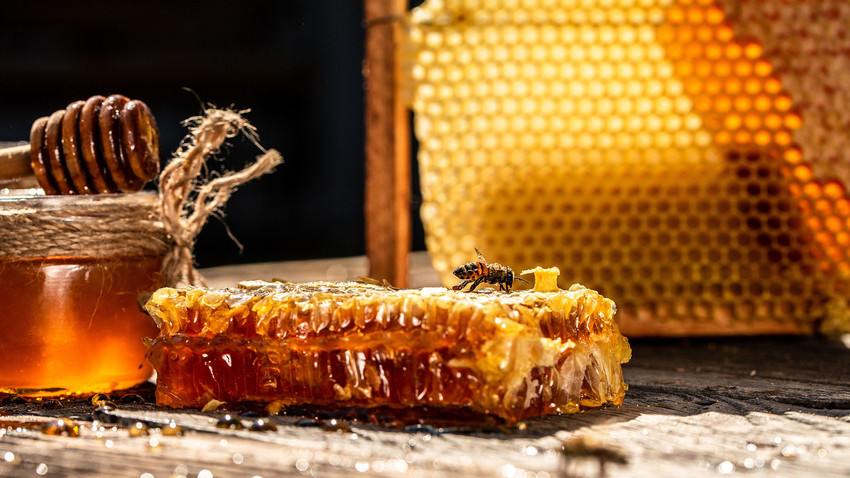 Have you ever tried deer-antler honey?

Legion Media
What edible gifts to bring back from a trip to the Russian Far East? How about deer-antler honey or “marine” rose hip jam?

This fall, the Taiga Festival in Vladivostok will feature the "Made in Primorye" fair, where local producers serve up unique foods created from the bounties of the Ussuri taiga forest. We’ve selected the most eye-catching and mouth-watering. 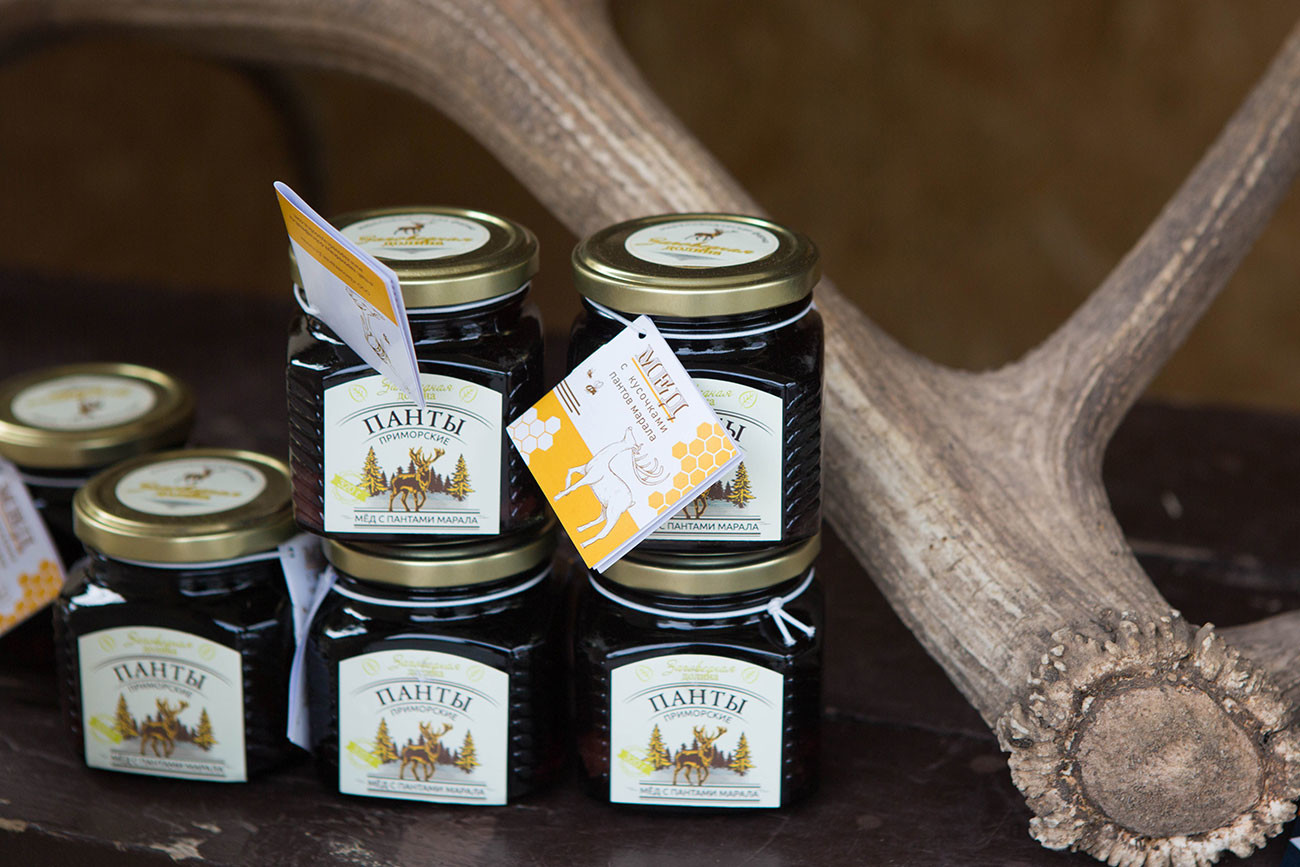 One of Russia’s most honey-bearing regions is Primorsky Territory (Primorye). It is home to several species of linden, which bloom one by one, making the honey-harvesting season unusually long. Besides linden honey, Primorye also produces buckwheat and flower varieties with propolis, and even honey with royal jelly. But the most unusual is honey made from young deer antlers, which are not yet ossified and consist of cartilaginous tissue saturated with the animal's blood. In the spring, they accumulate trace elements, biologically active substances and biostimulating hormones. 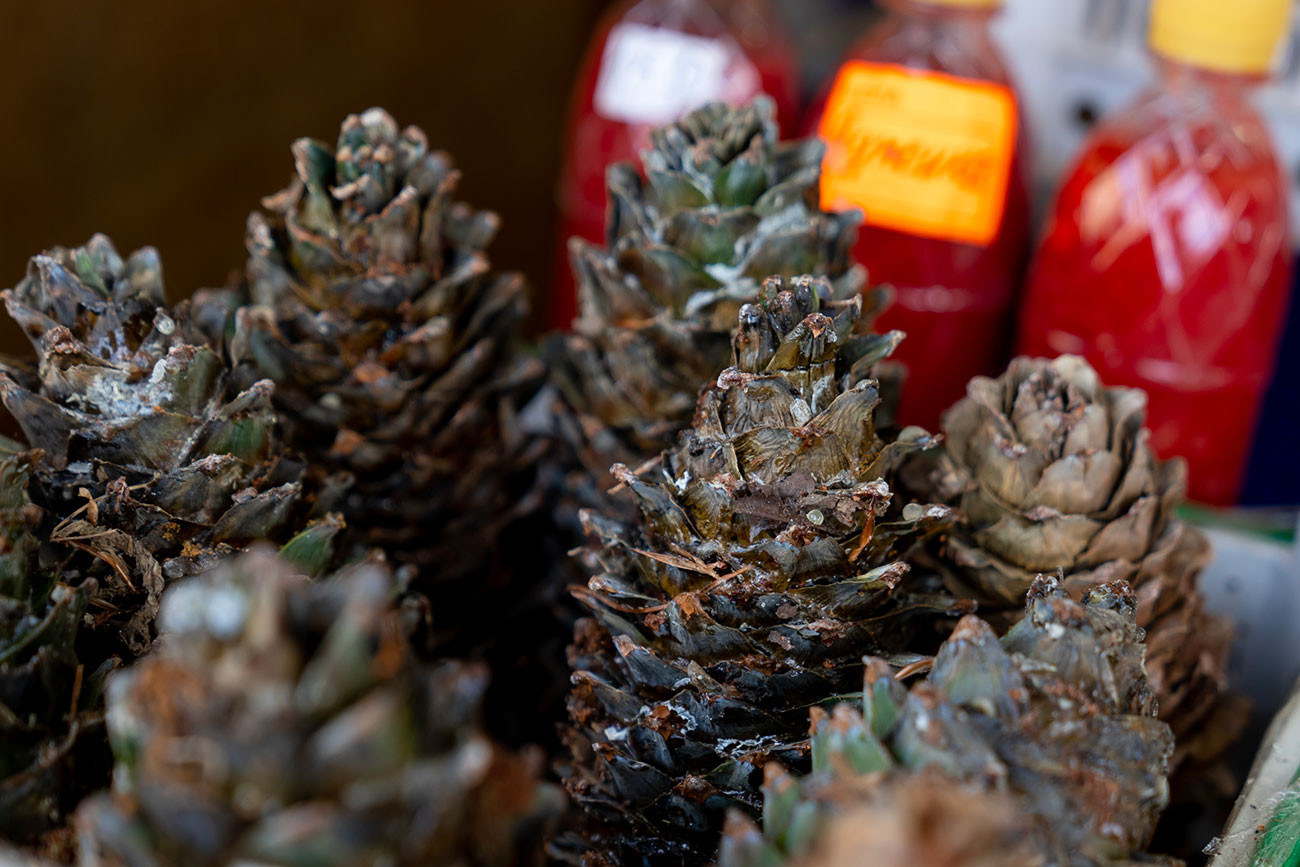 The cedar that grows in the south of the Russian Far East is known by scientists as “Korean pine” or “Korean cedar.” This tree grows up to 50 meters in height, its trunk reaches 2 meters in diameter, and it grows for 500 years or more. Nuts from the local cedars are soft, very tasty, high in calories and rich in trace elements. They are eaten raw, added to salads and desserts, and used to make tinctures. The fall is a great time to stock up on cedar cones. 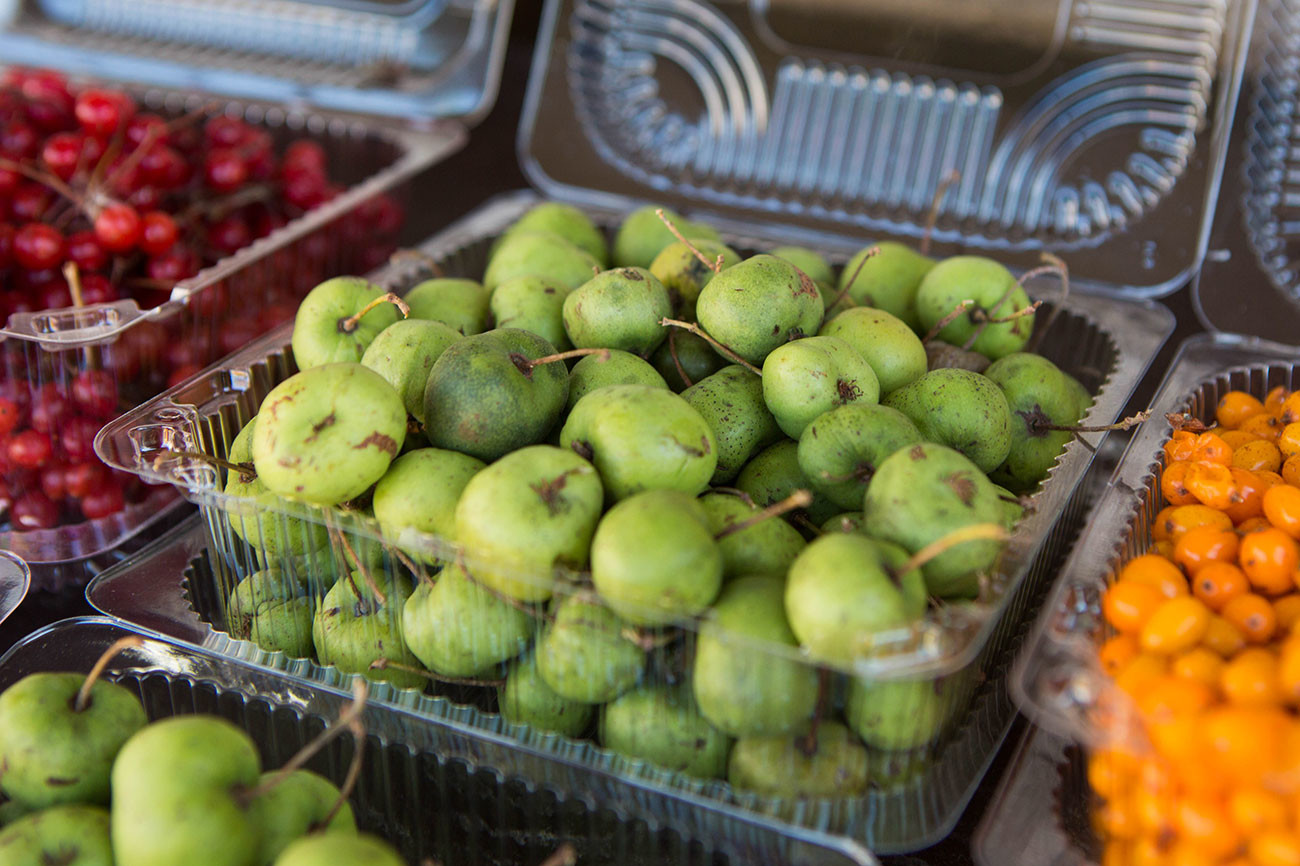 Mid-September in Primorye sees the start of the actinidia season. These are juicy berries, with a slight aftertaste of pineapple sourness and a delicate aroma. A close relative is the kiwi fruit, but actinidia is smaller. On the other hand, one actinidia fruit contains as much vitamin C as 3-4 kiwis. Jam, fruit paste, sorbet, compote, fruit drinks and wine are all made from actinidia, or it can be eaten as is. 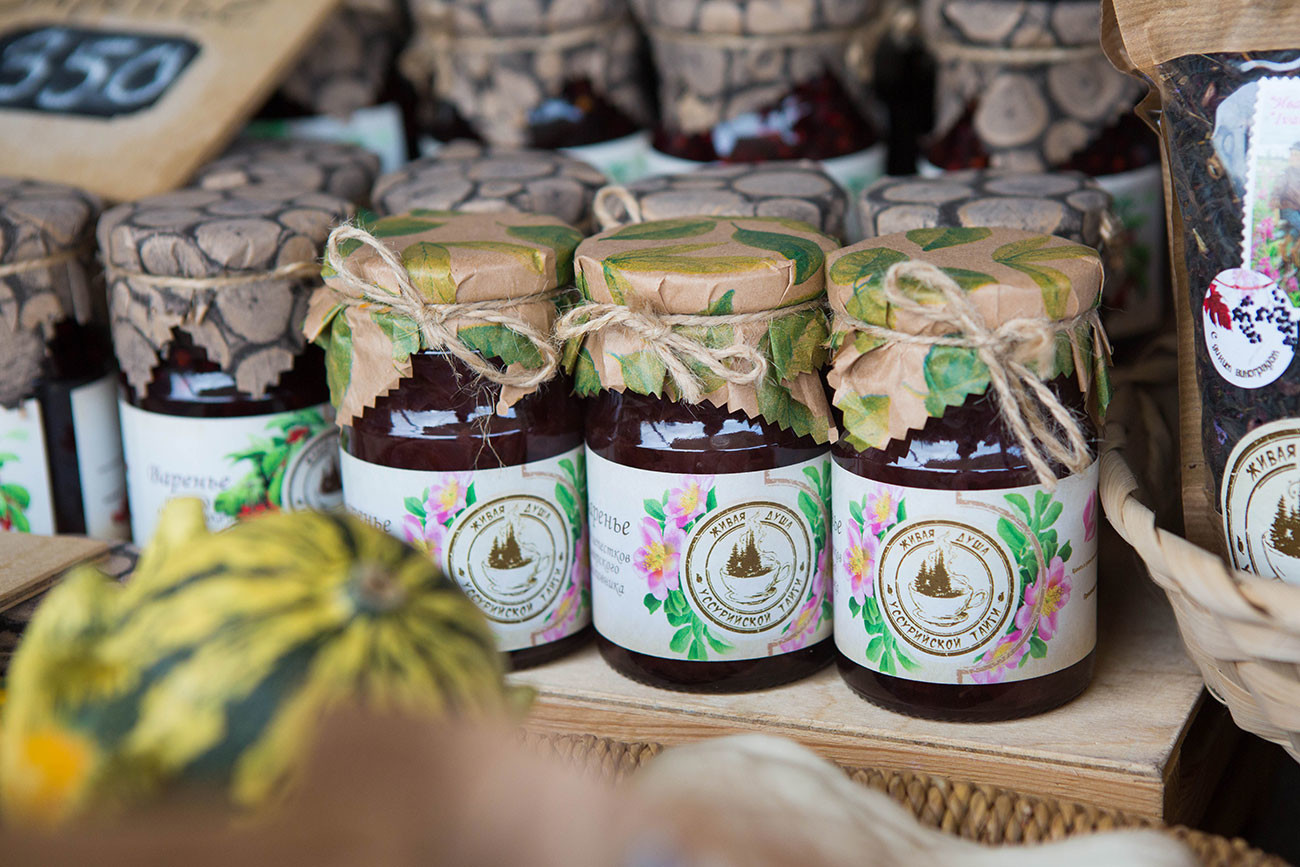 “Marine” rose hip is regarded as a "superfood" for being a source of vitamin C. This species of wrinkled rose hip acquired the “marine” epithet because it grows wild on the coast of the Russian Far East. It is used to make dietary supplements and delicious preserves. A jar of such jam is bound to cheer you up on a cold winter evening. 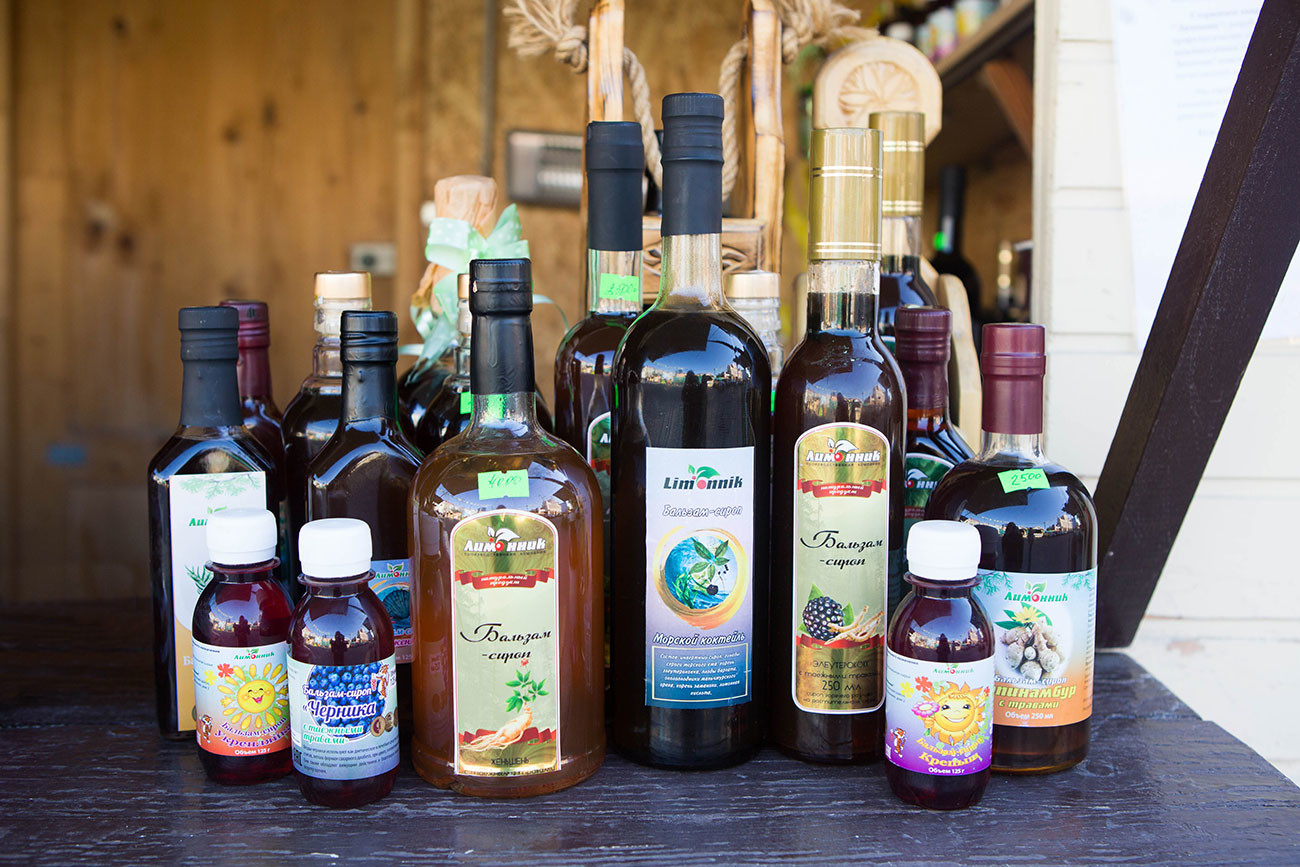 Inhabitants of the Russian Far East know how to use herbs, mushrooms and seafood to produce syrups and balms that strengthen the immune system. The company Limonnik (Lemongrass) has been doing just that since 1987, and its product range includes balms from ginseng, eleutherococcus, Jerusalem artichoke, chaga mushroom and, of course, lemongrass. Deer antlers, again, and sea urchins are also used.

READ MORE: 5 favorite Soviet sauces, and how to make them