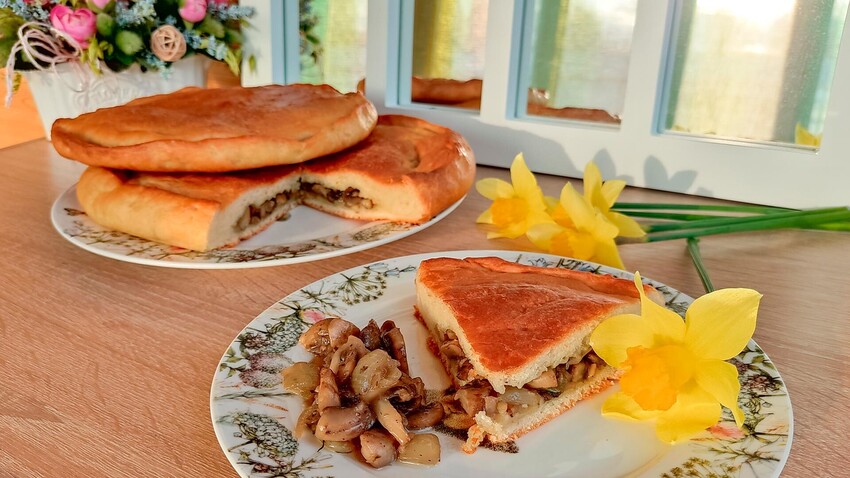 Olga Brovkina
Even the stern medieval ruler, Ivan the Terrible, became a softie at the taste of this delicious mushroom pie. Now you too can try “Gubnik”.

A quintessential Old Russian pastry isn’t only about a hearty aromatic filling and crispy tender dough. Most importantly it’s also about traditions that have been passed down for centuries. Housewives in Russia knew how to make a pie that would appeal to both peasants and the upper classes.

Each region of the country used their imagination to the max to come up with a pie that would express local charm and identity. This is how Moscow’s kulebyaka, Pskov’s gubnik and other masterpieces of traditional Russian pastries appeared.

In old Russian times, mushrooms – most often ‘milk mushrooms’ – were called ‘gubniki’ in the Pskov Region. That’s why a pie with mushroom filling in these parts was called ‘Gubnik’. Sometimes they were baked with orange milk mushrooms, or ‘ryzhiki’ in Russian. In that case it was called ‘ryzhichnik’. 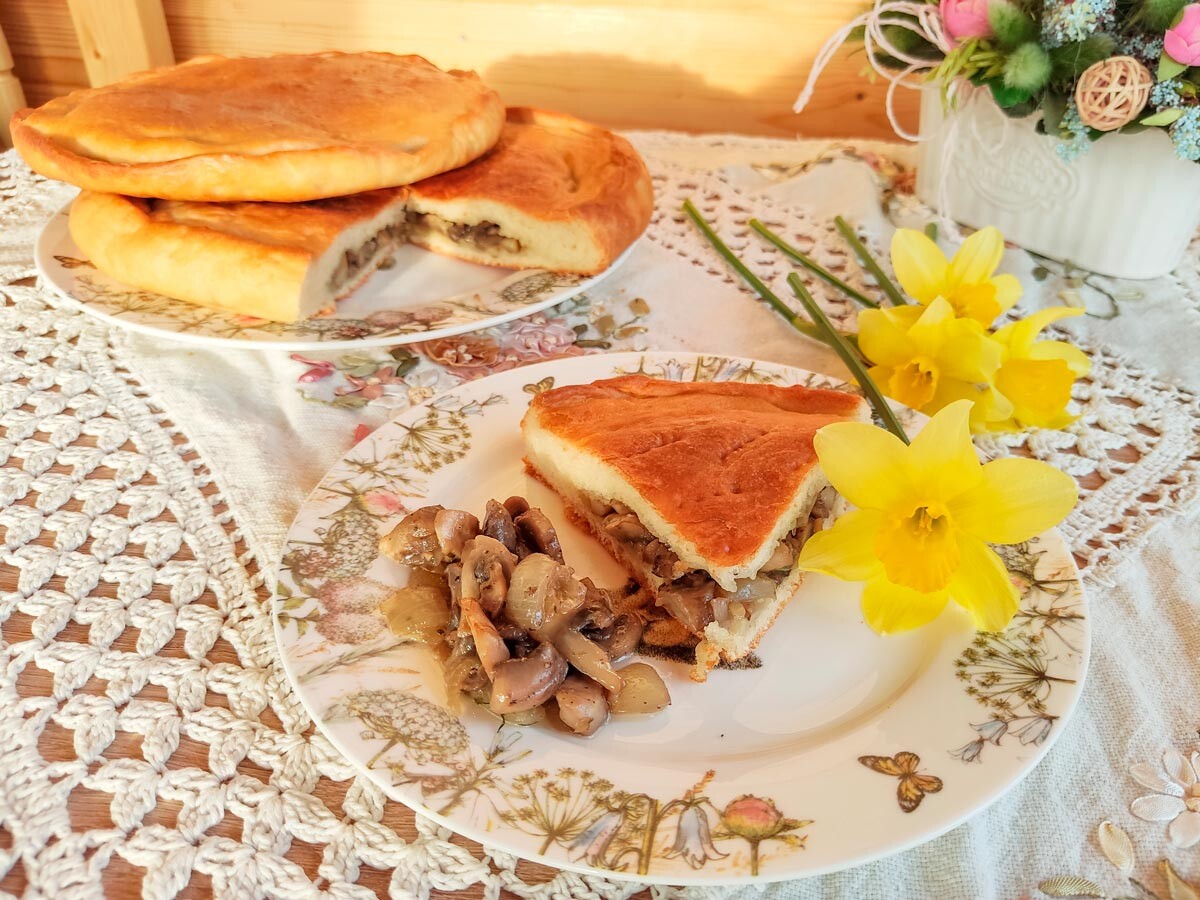 Speaking about the pie’s origin, it appeared during the time of Ivan the Terrible in the mid 16th century. According to legend, when the guardsmen came to collect taxes, they were treated to a huge pie.

Despite the fact that in the 18th-19th centuries Gubnik was considered a profoundly Pskov dish and was even called a symbol of the province, it was also prepared in neighboring regions, in the Arkhangelsk and Tver provinces. The pie’s filling depended on the season, so housewives filled it with fresh or salted mushrooms, and often with fried onions.

Traditional pie dough is made with yeast. Gubnik’s top side is oiled with black tea so that it becomes beautifully rosy and delightfully crispy. To release the unwanted steam, it’s better to make holes in the upper part before baking.

As you can see, the ingredients are simple and affordable - if you don’t have fresh or salted milk mushrooms, use champignons. Some housewives bake with various ingredients to give some variety to the pie; for example, boiled eggs and a little sour cream in the filling. But in this case, it can no longer be considered dietary.

Ingredients (for 2 pies for 5 servings each): 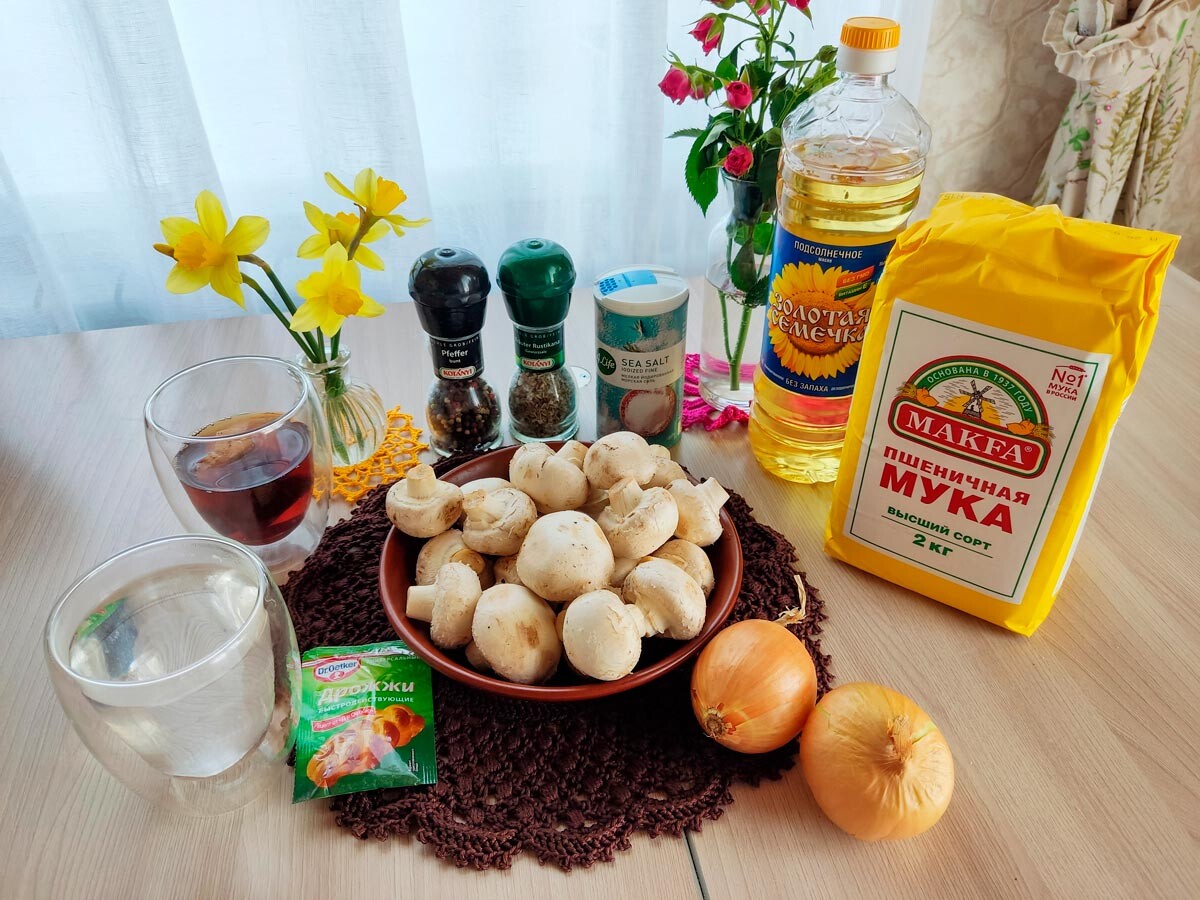 1. Heat the water, sift half the flour. 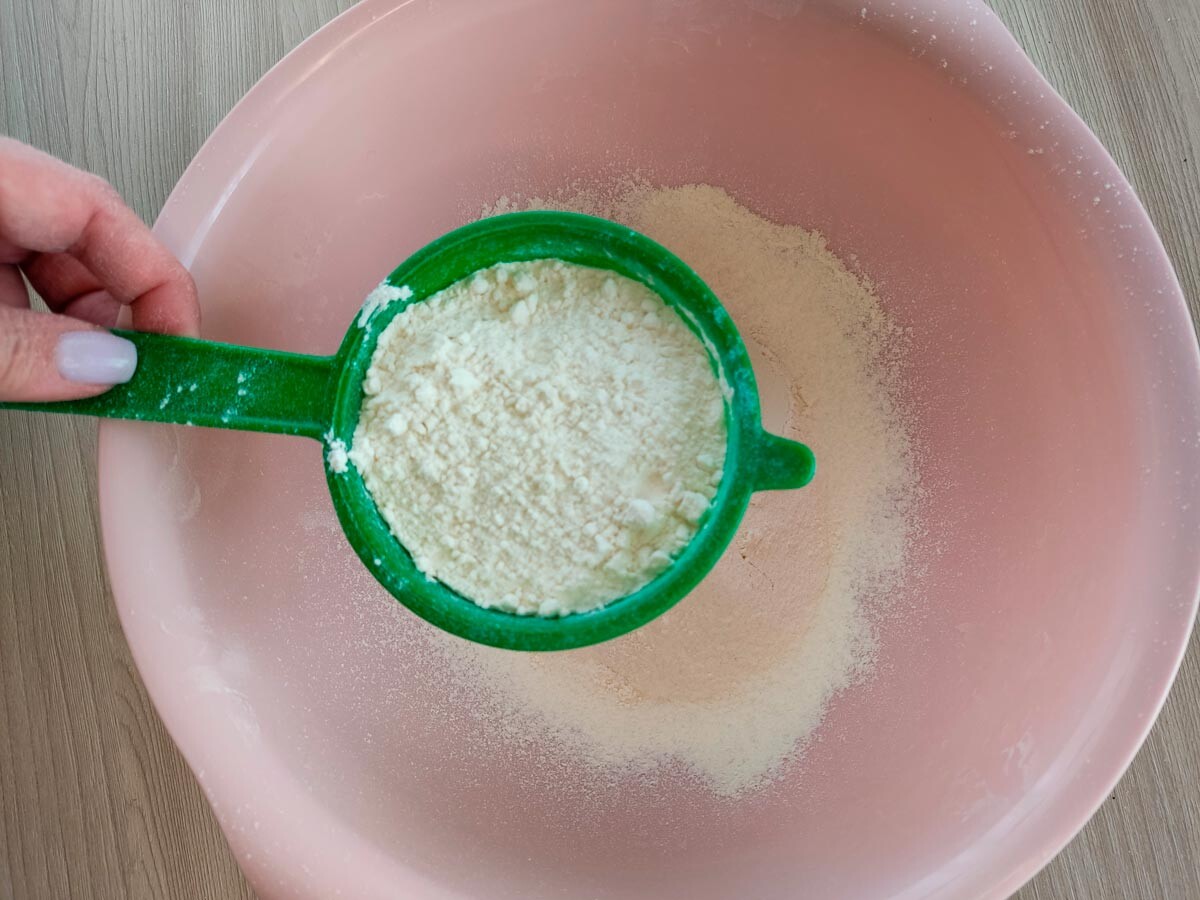 2. Add the yeast and knead the dough. 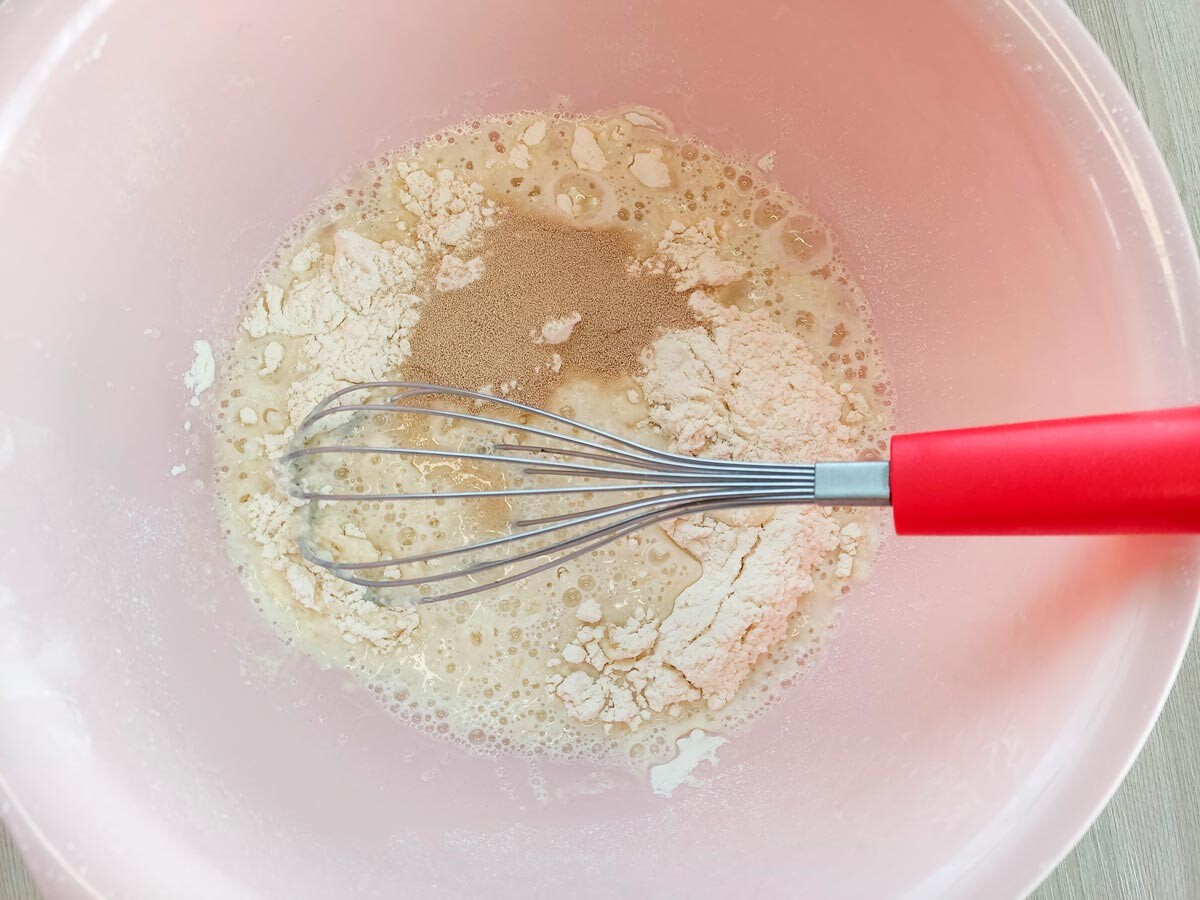 3. Cover with a towel and put in a warm place for 1 hour. 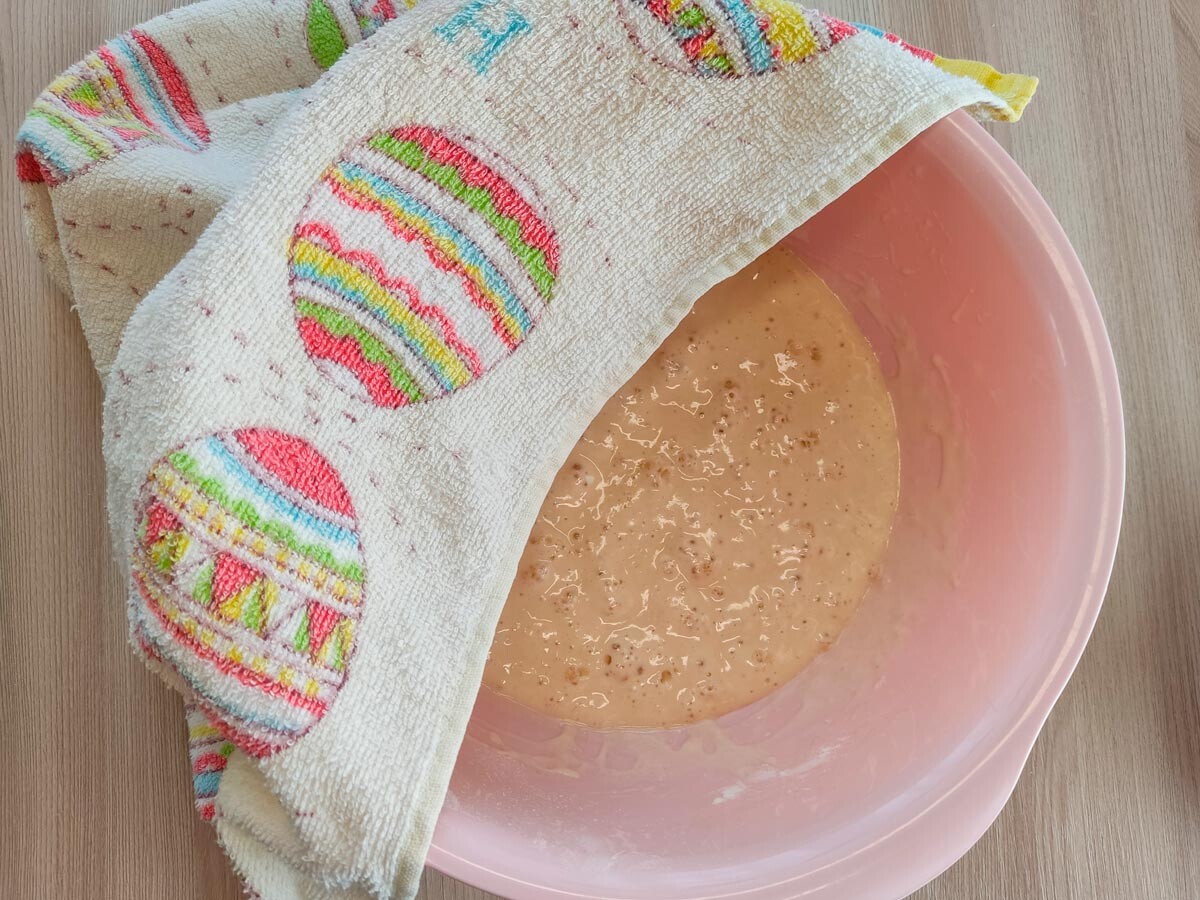 4. Sift the remaining flour and add to the dough along with oil (a couple of tablespoons of which should be left for frying the mushrooms) and salt. 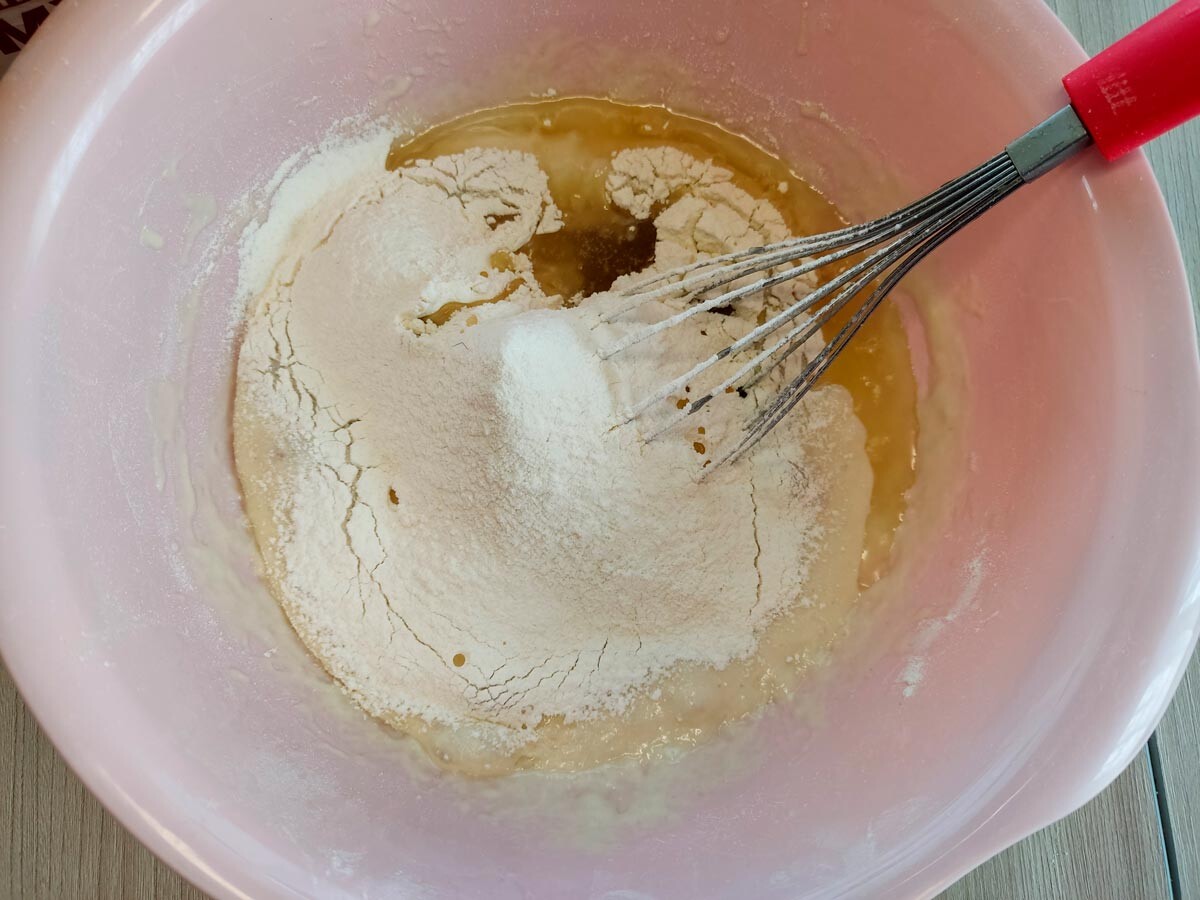 5. Knead the firm, non-sticky dough. Cover with a towel and put it in a warm place for 4-5 hours; punch it with your fist in the second and third hours to remove any carbon dioxide. 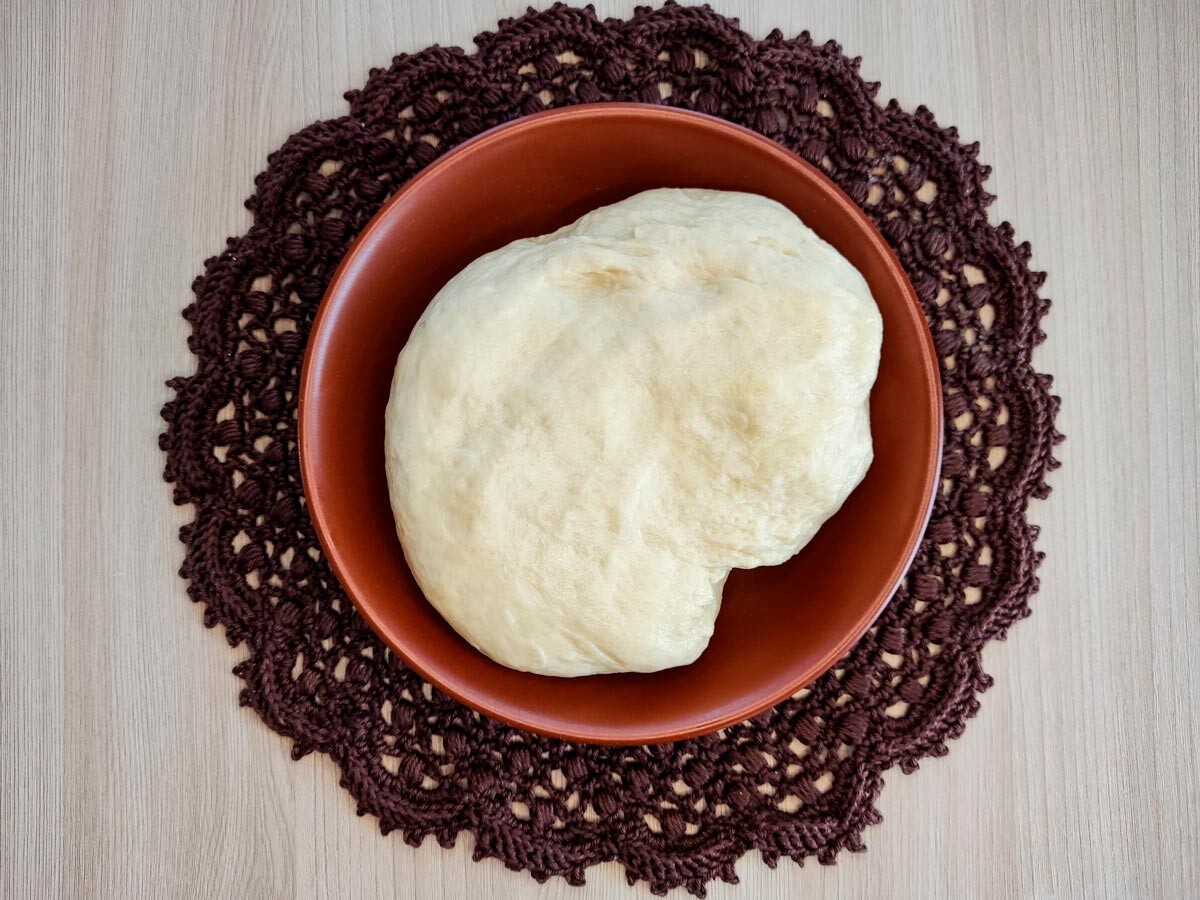 6. Rinse the mushrooms well; dry with a paper towel and chop into small pieces. Fry in oil over medium heat until golden brown. 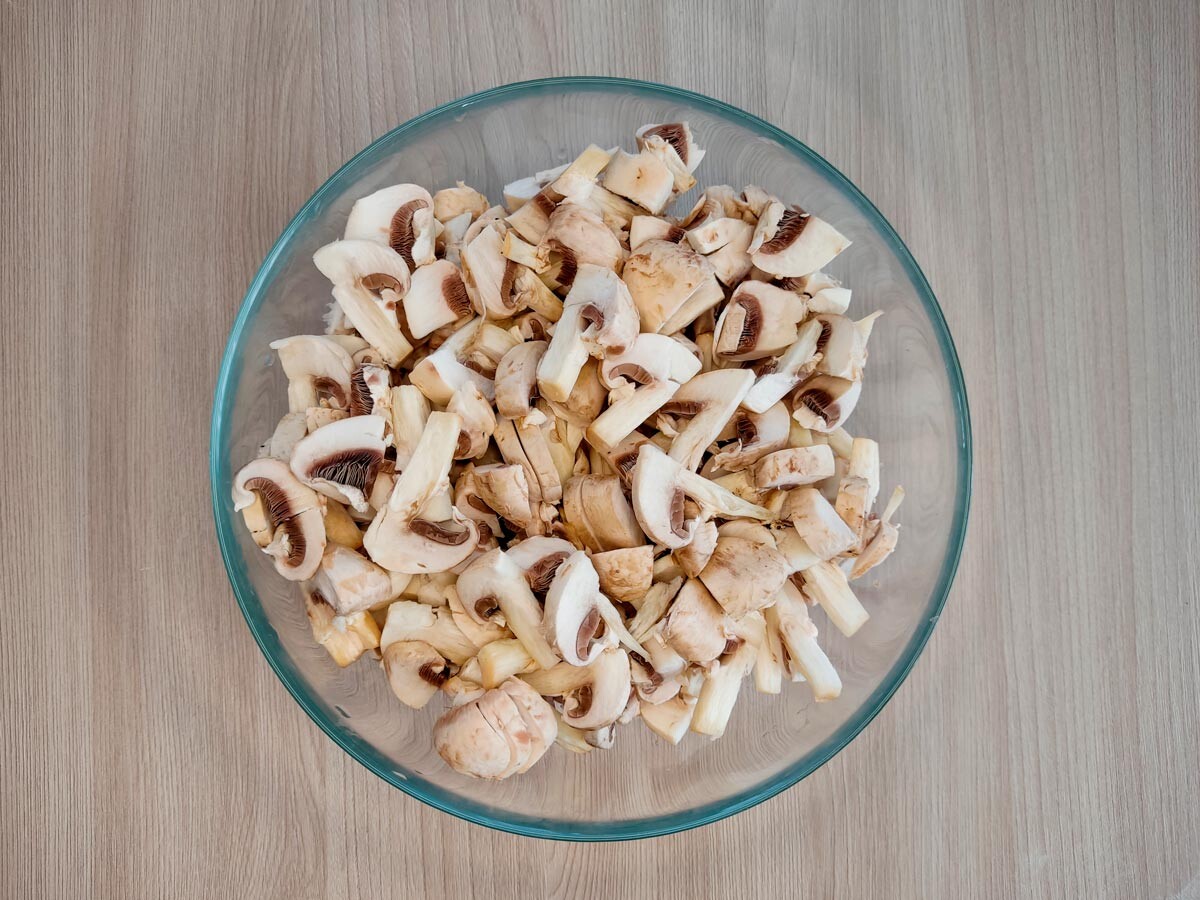 7. Chop the onion and add to the mushrooms. 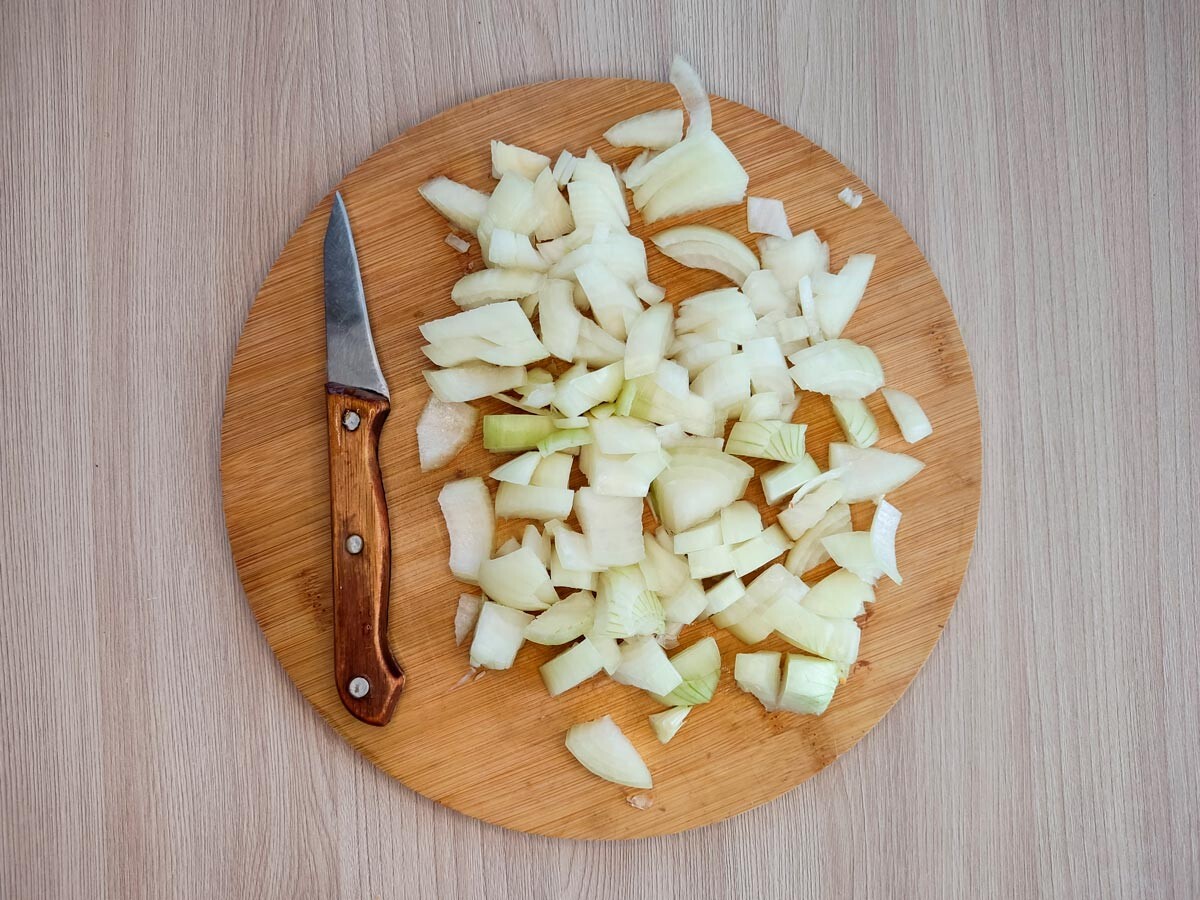 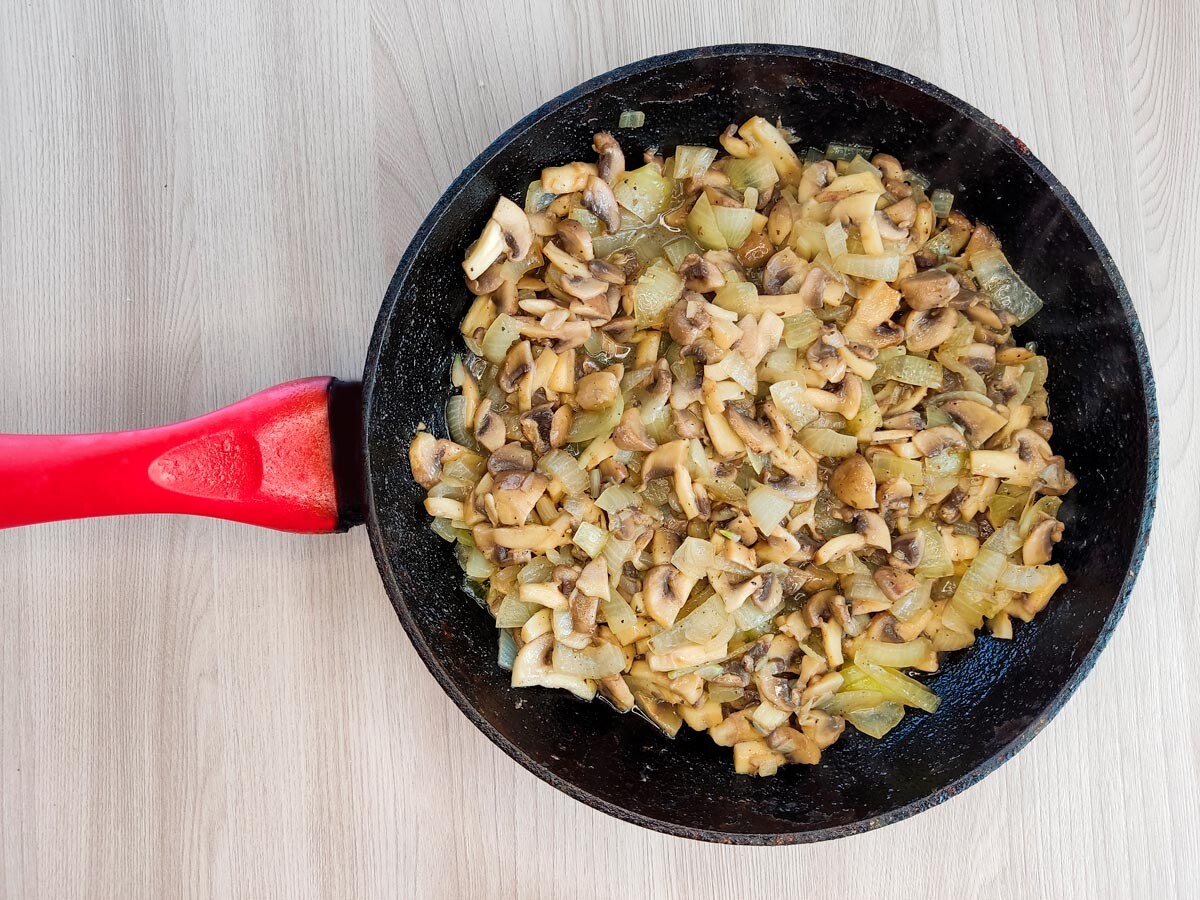 9. Divide the dough into two parts. For the first pie, divide one part into two equal pieces, roll out into circles with slightly thickened edges. 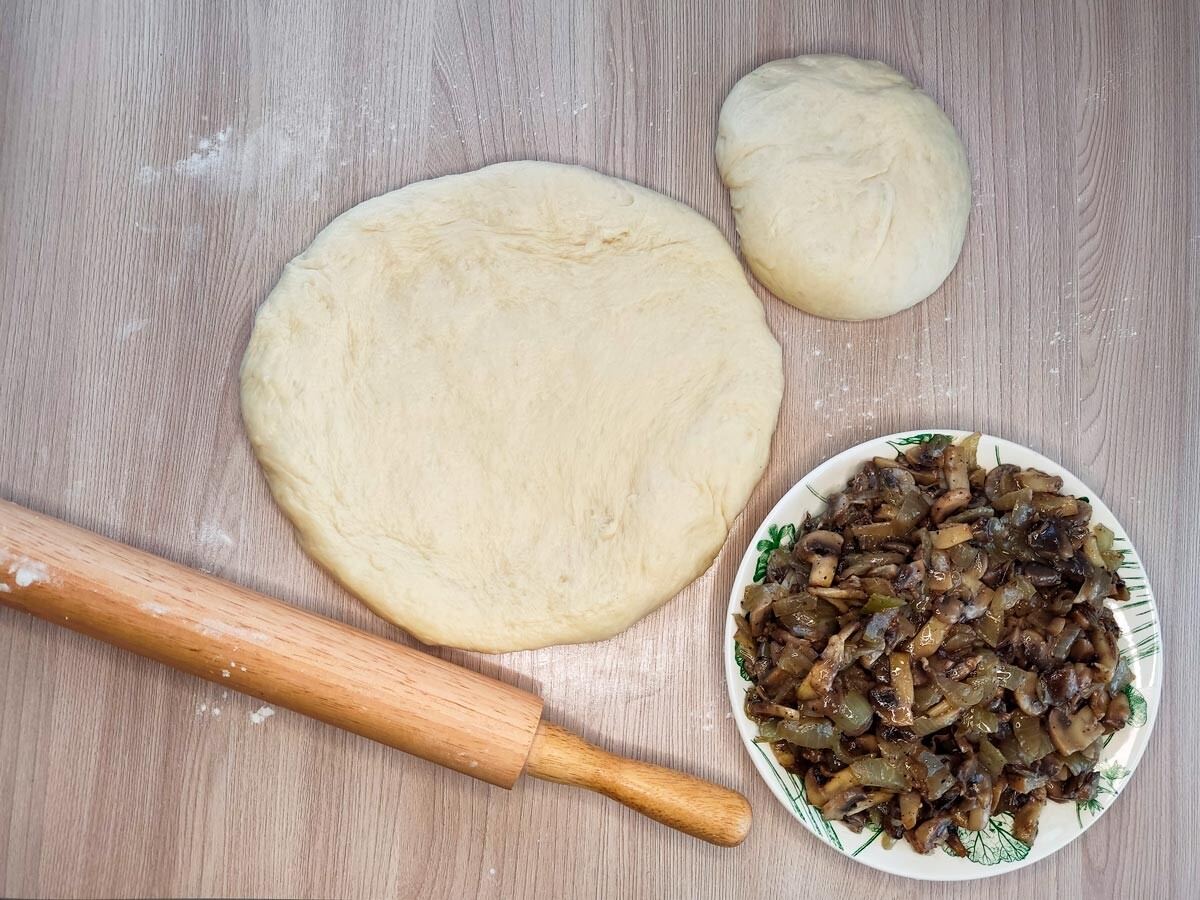 11. Brew strong black tea and grease the pie’s surface with it. 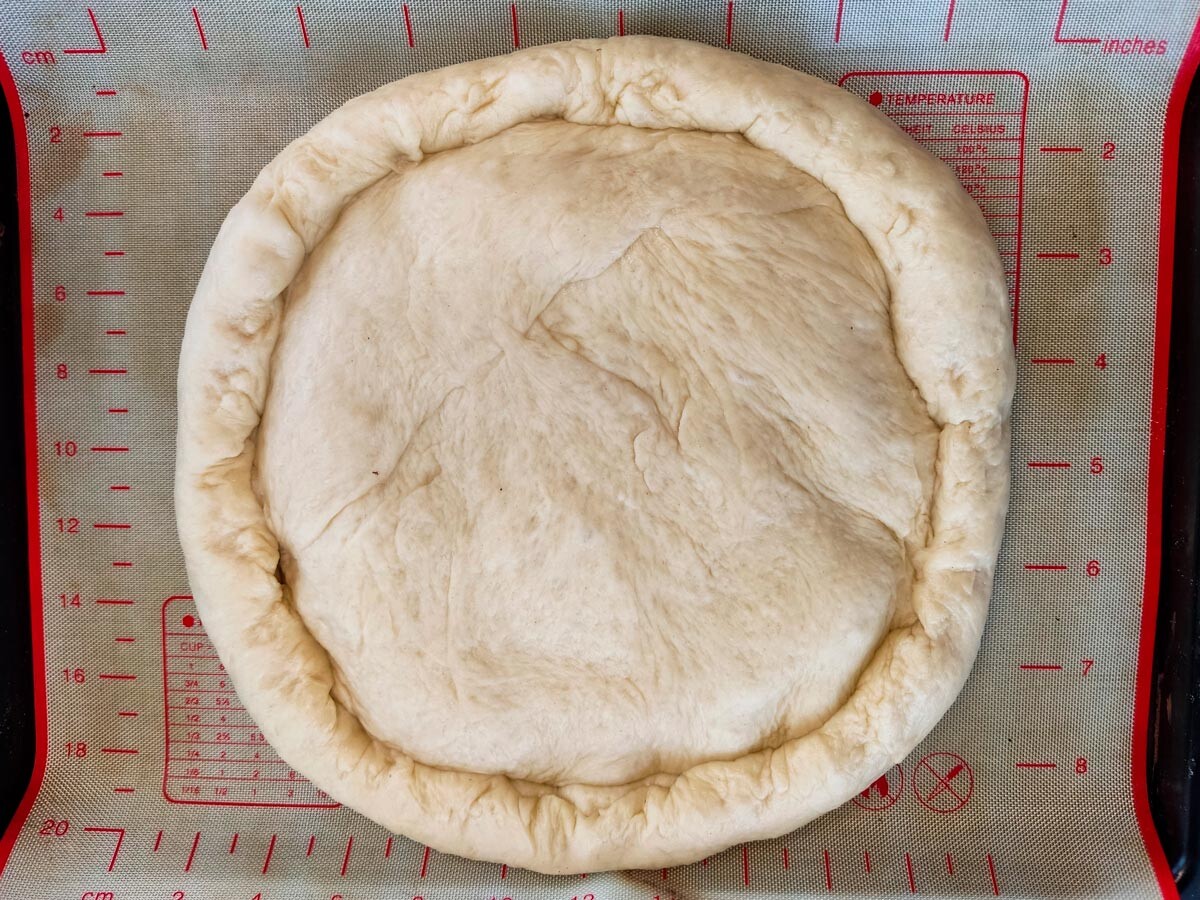 12. Make holes in the upper part before baking. 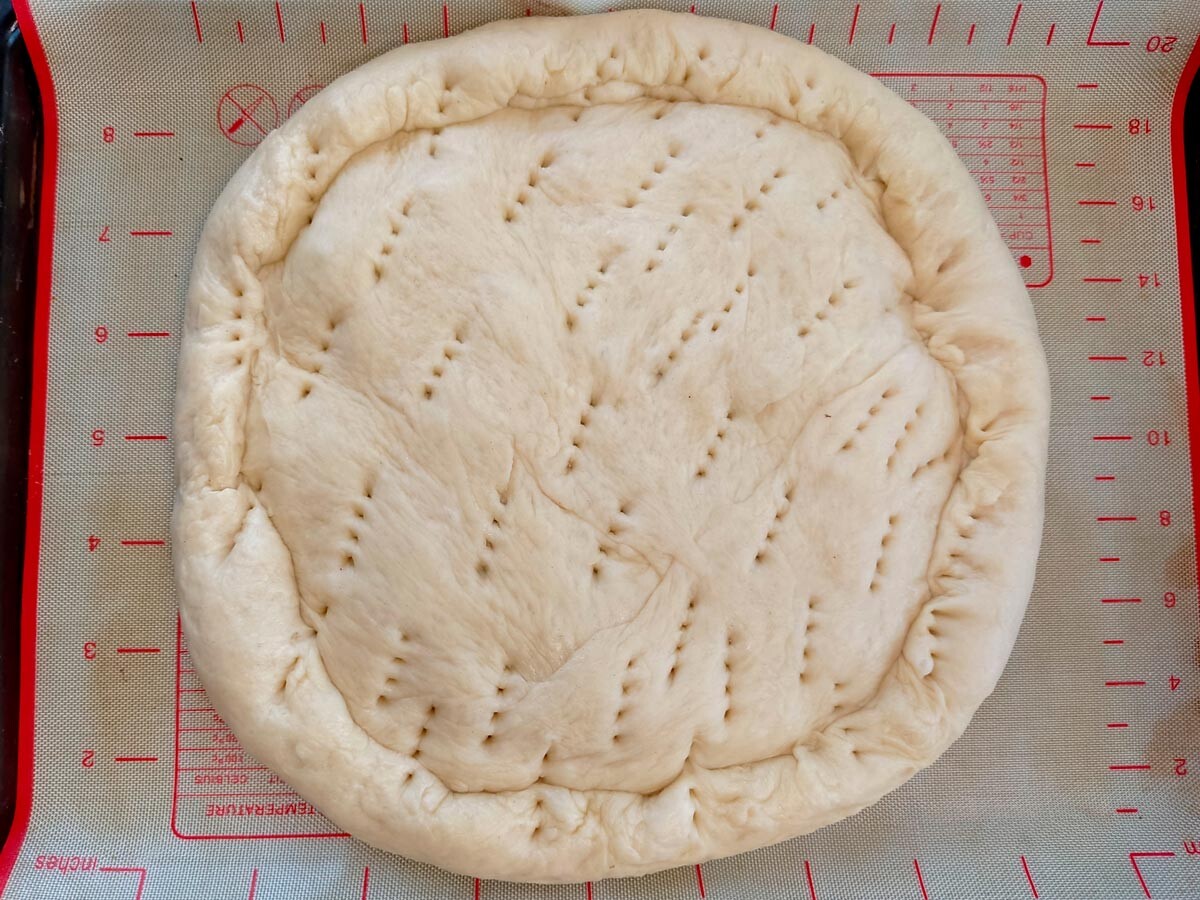 13. Preheat the oven to 180°C, bake the pie for 50 minutes. After that Gubnik can be greased with butter and left for 15 minutes under a towel. 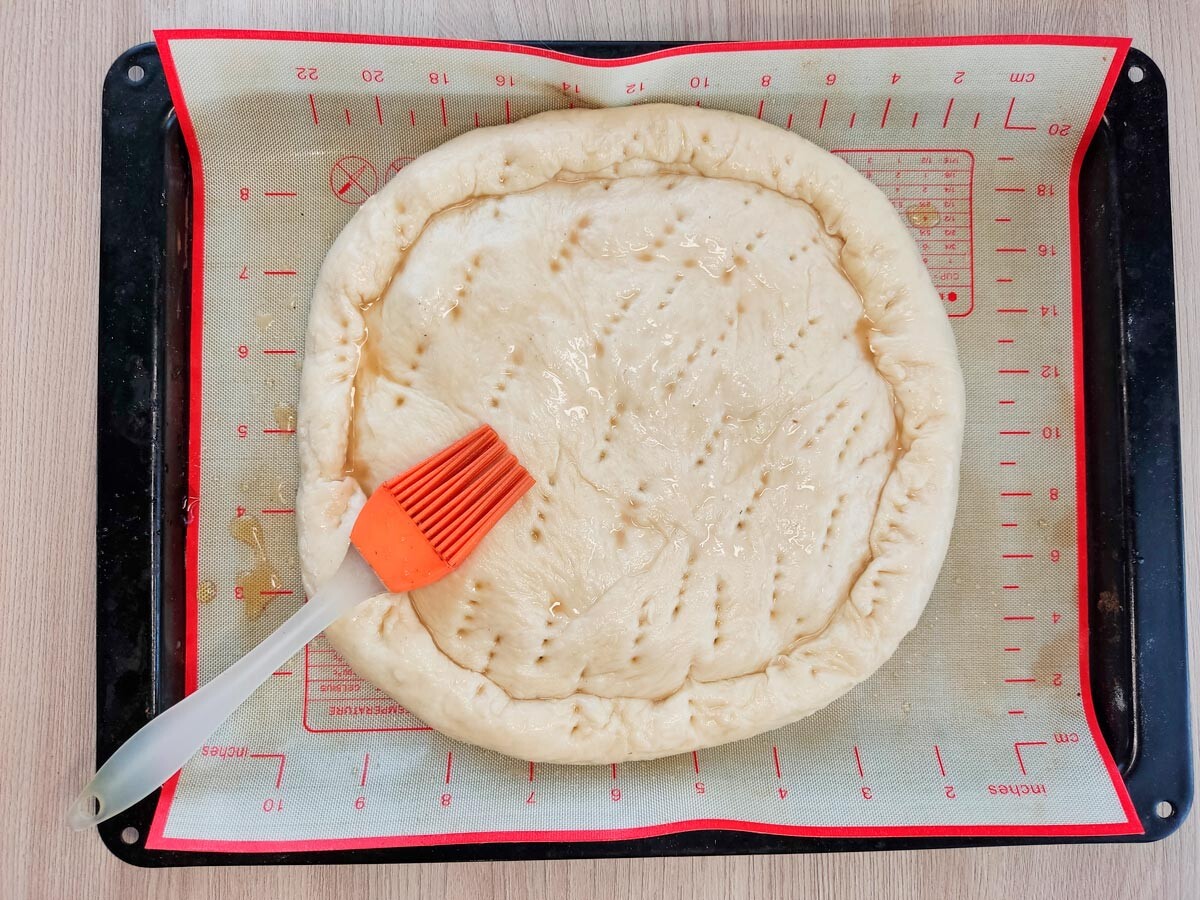 14. Enjoy your festive table with this delicious Pskov pie.