Kolomna pastila: An apple dessert with a longtime history and an unaltered taste (RECIPE) 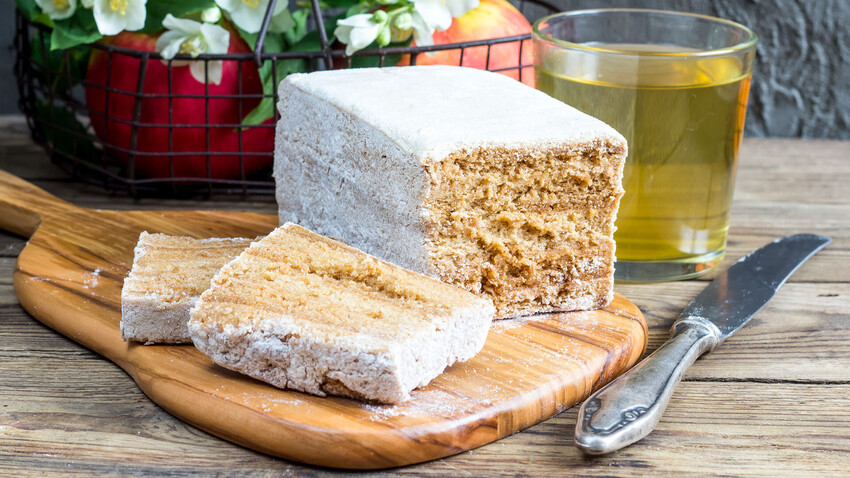 Indulge yourself with this old Russian sweet treat made from baked apples.

Legion Media
Pastila, airy puffs with a delicate apple flavor, first appeared in Russia during the reign of Ivan the Terrible. It was a kind of medieval way to preserve the harvest. Today, we’ll show you how to bake this delicate dessert at home.

Kolomna pastila (not to be confused with ‘pastilla’, a North African meat or seafood pie made with warqa dough) is one of the traditional local types of Russian pastila known since the 15th century. In fact, the name comes after its geographical origin - Kolomna, a town situated about 100 km southeast of Moscow.

Traditionally, sour apple varieties were used for making Kolomna pastilas: ‘Antonovka’ and the now forgotten Kolomna variety called ‘Gorskaya Zelenka’. Honey was responsible for sweetness in the dessert, but was replaced by sugar (which is better whipped) in the 19th century.

The production of natural apple pastila in Kolomna, Belev (read more about Belev pastila) and Rjev pastilas faded after the revolution in 1917 and the taste of real pastille that is more like a biscuit with a delicate fruit flavor was almost forgotten for a long time. In Soviet times, a new version of the pastila was developed in the form of small white bars (like French zephir): they were prepared with a large amount of egg white and sugar.

The classic taste of pastila made from apples or berries was restored in Kolomna in the beginning of the 21st century. Now, the Kolomna pastila is sold mostly in the town and it attracts many tourists who want to learn more about the history of this dessert and taste different types of pastila.

Just a few words about a difference between Kolomna and Belev pastila. Kolomna dessert contains more egg white, which makes it lighter. Moreover, it has more apples and less sugar in its content.

Today, I want to cook a very fragrant, rich in apple flavor and moderately sweet Russian pastila that could be baked in Kolomna. Regarding cooking technology, I can say that everything is not as difficult as it may seem at first glance, but it’s a long process that may take about seven hours! 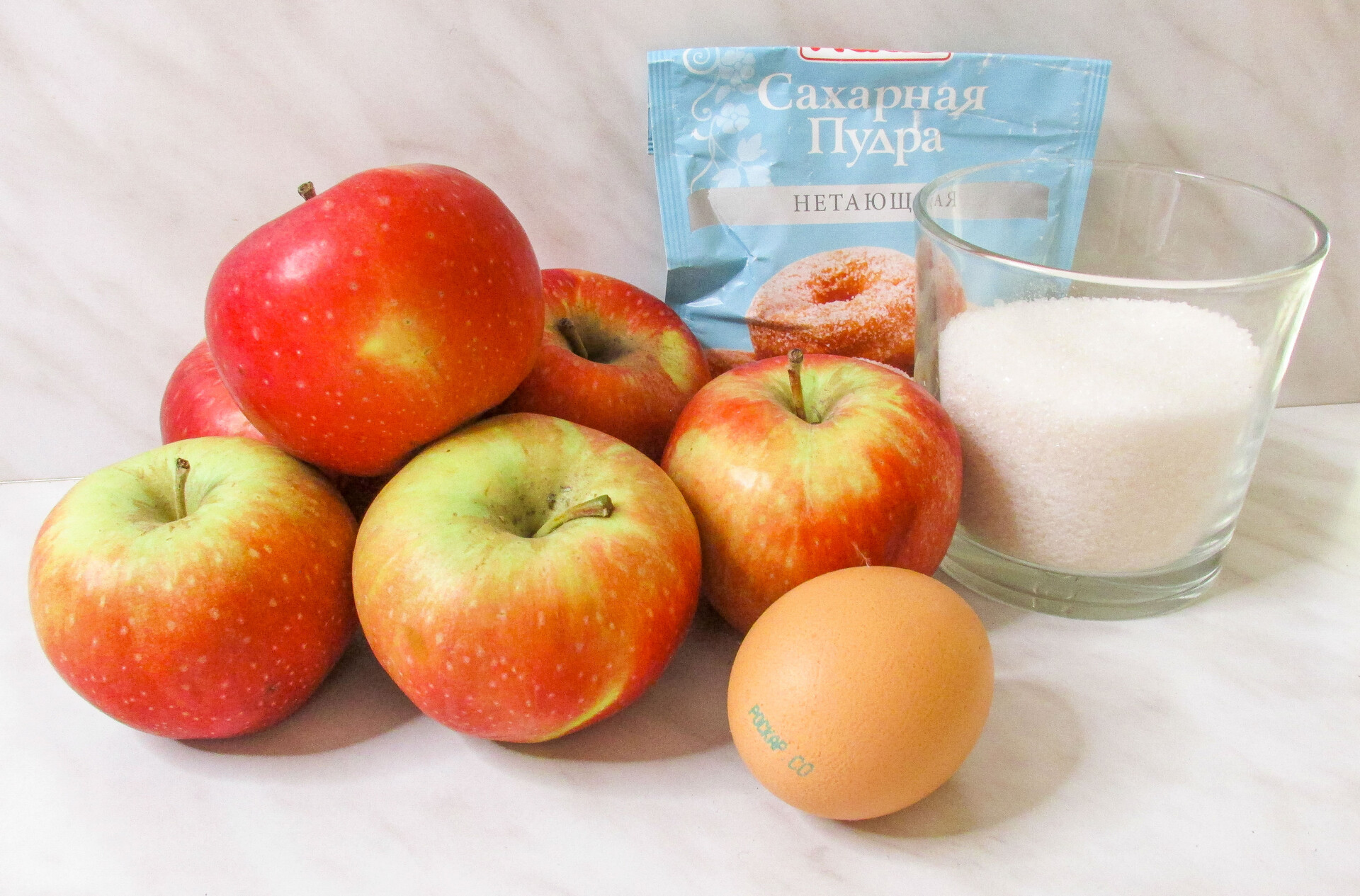 1. First of all, we will prepare applesauce. To do this, we will need to bake fresh apples in the oven. Bake the apples for about 30 minutes at 180°С. 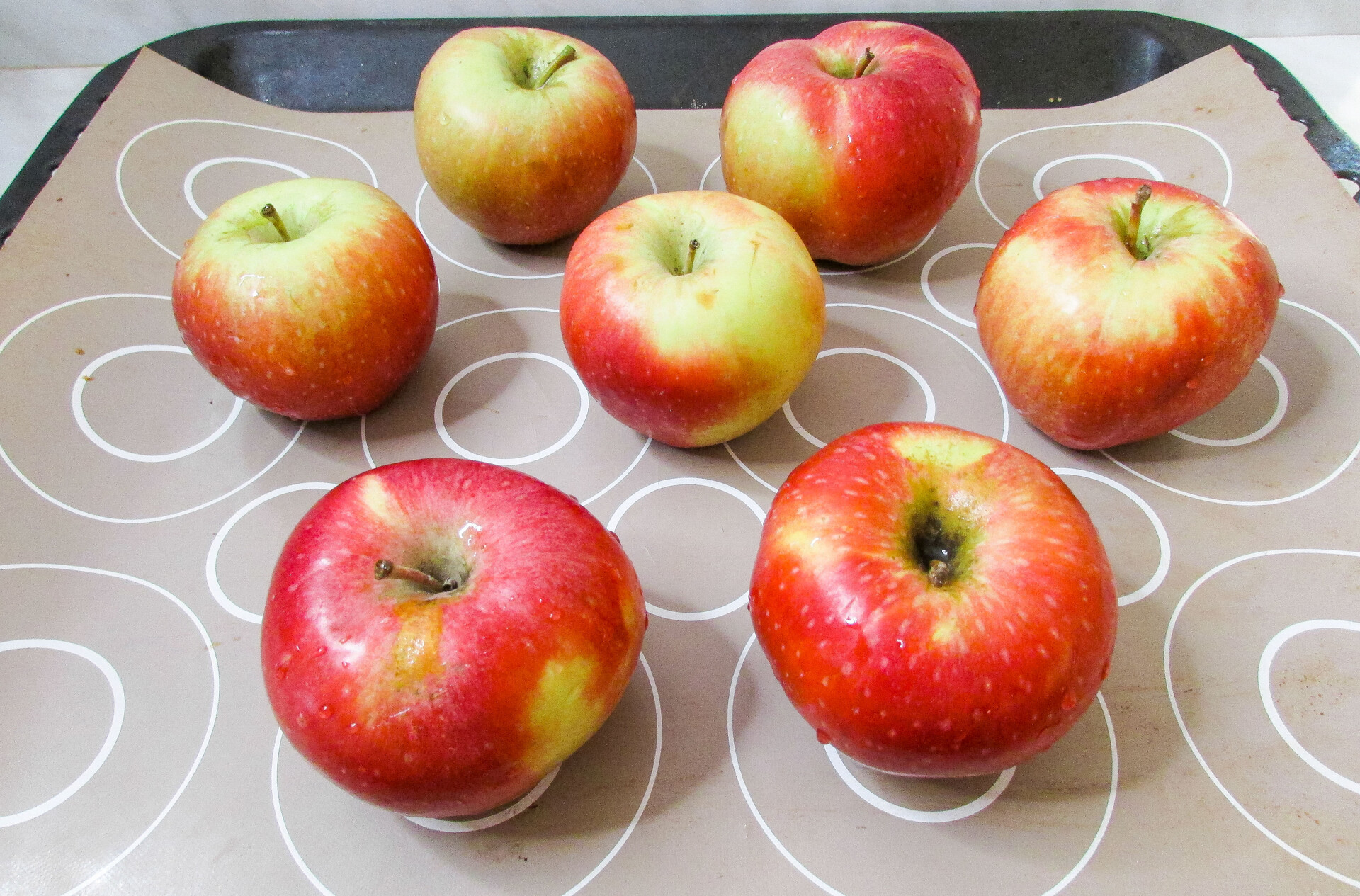 2. Pay attention to the readiness of apples: while piercing with a fork, the pulp should become very soft. 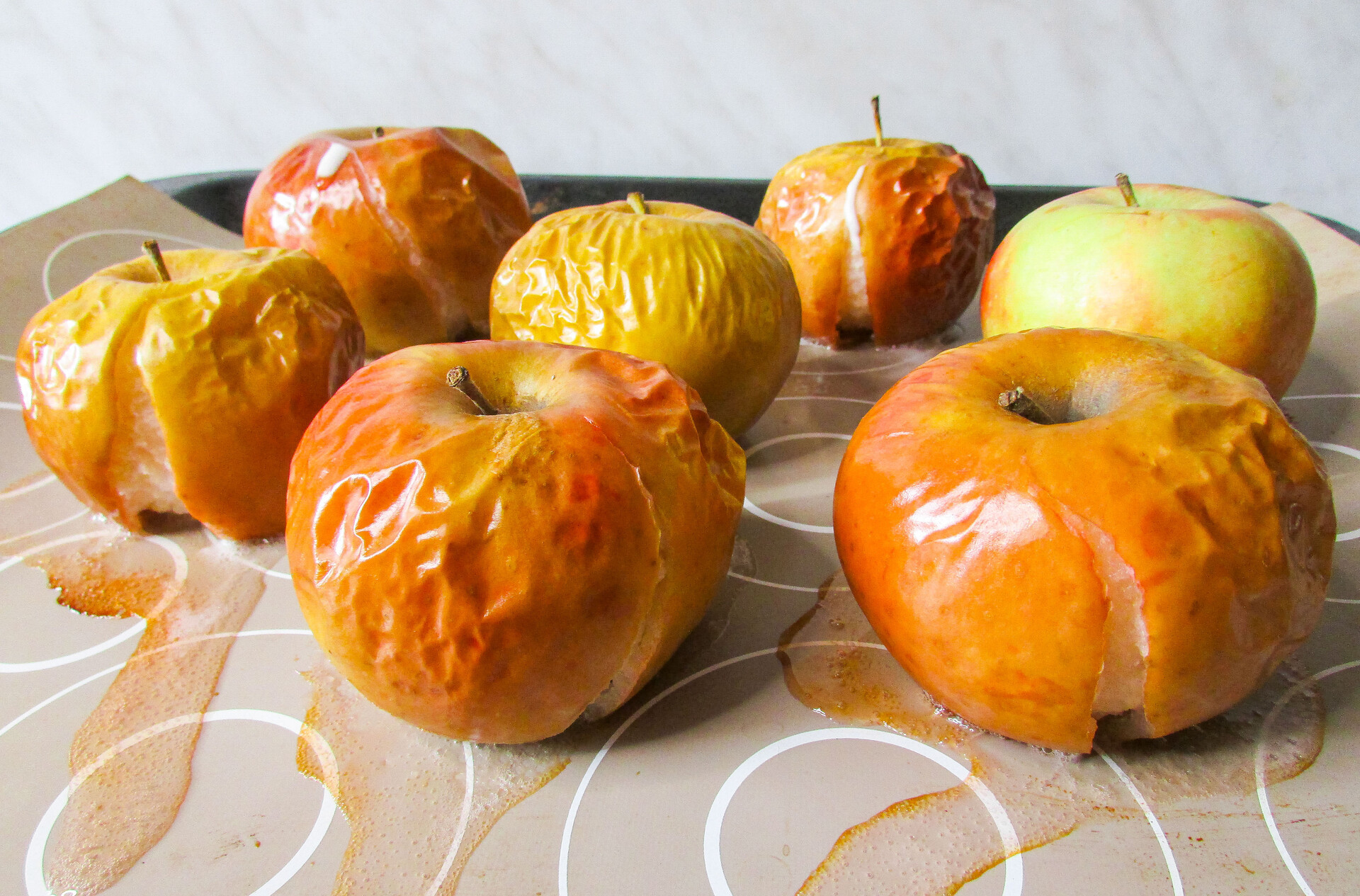 3. Now that the apples are still hot enough, let’s separate the pulp from the skin. 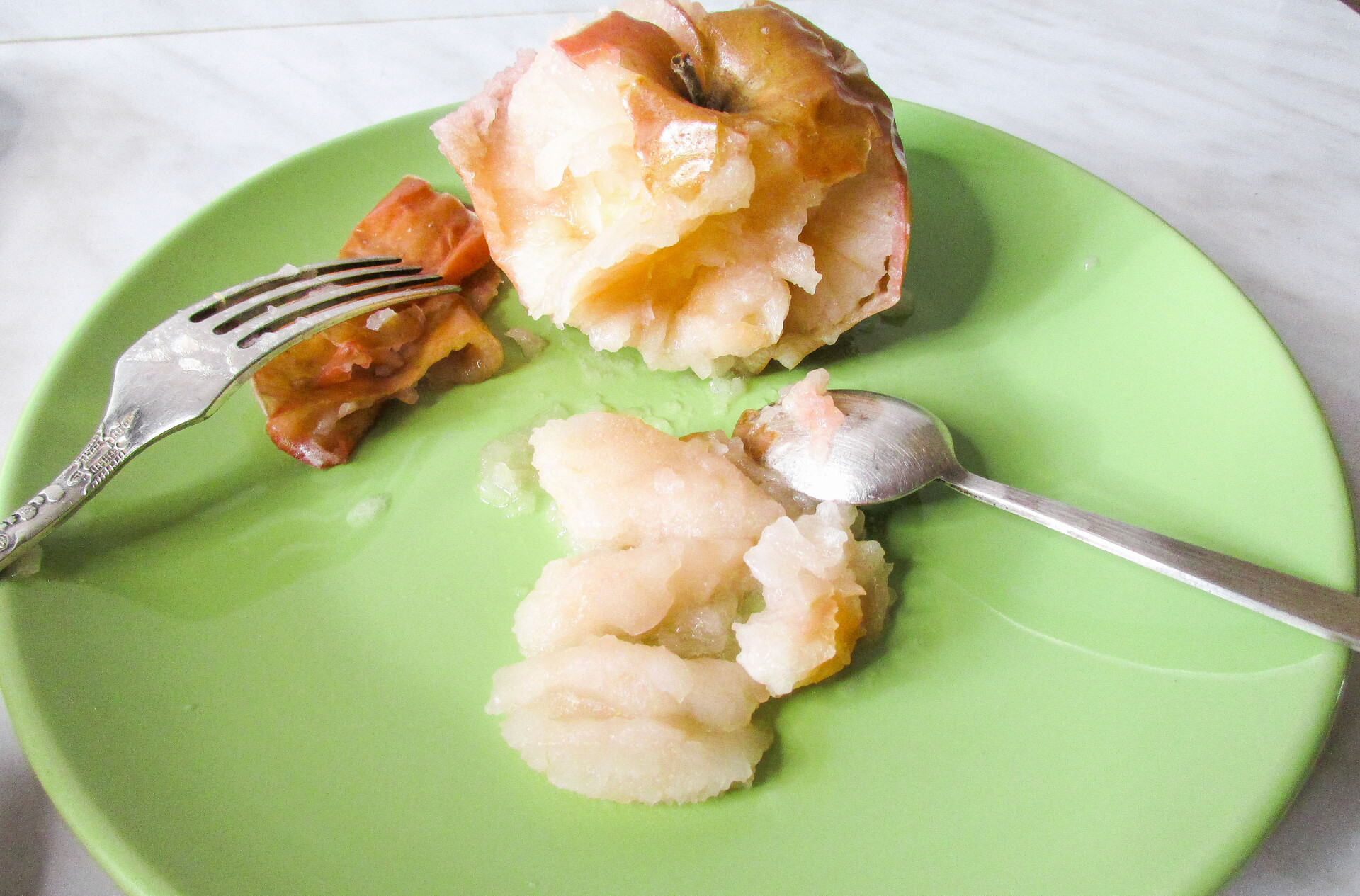 4. With the help of a blender, get a homogeneous, smooth purée. Measure out exactly 500 gr. 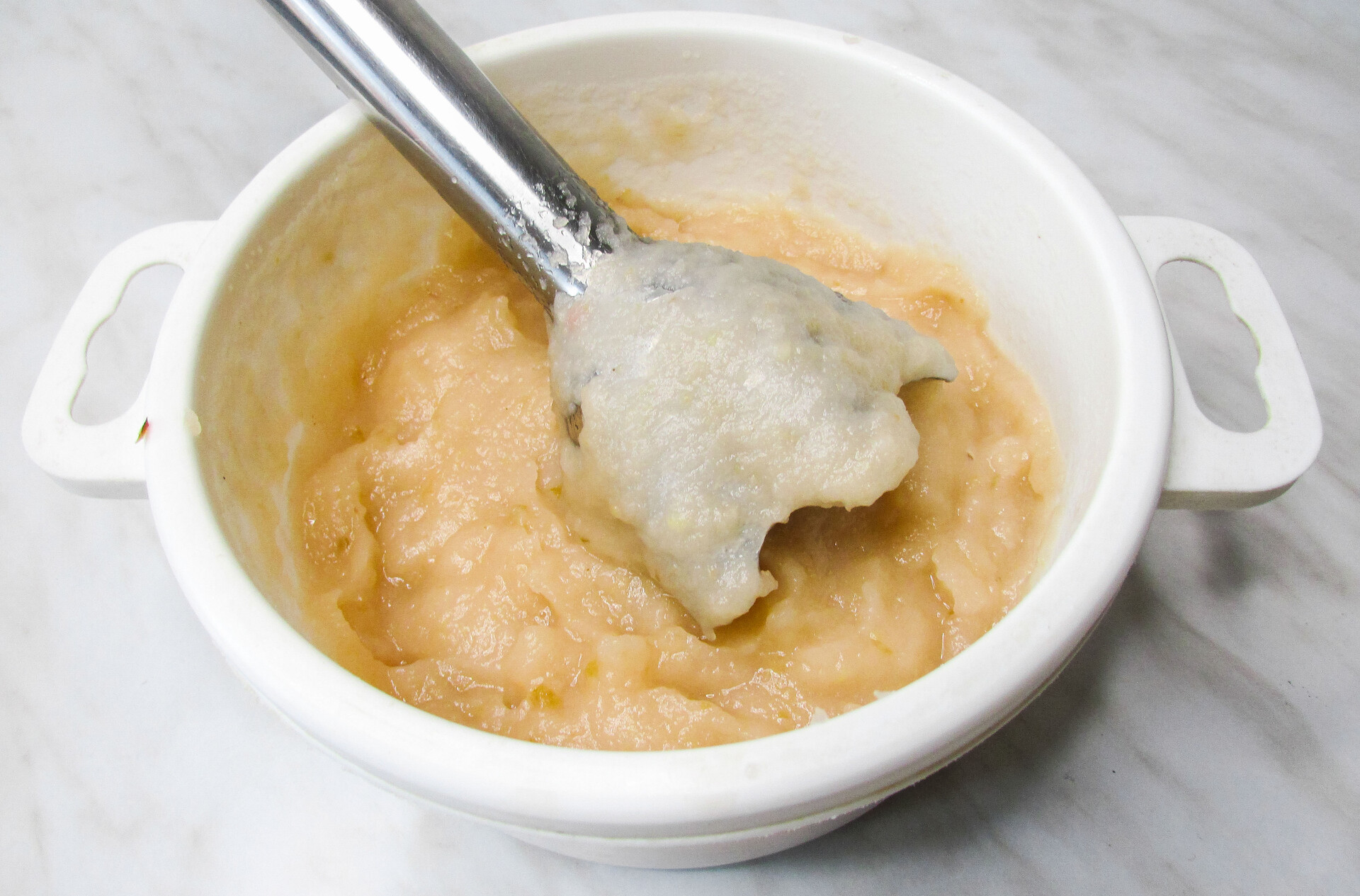 5. Add 170 grams of granulated sugar to the still warm purée. 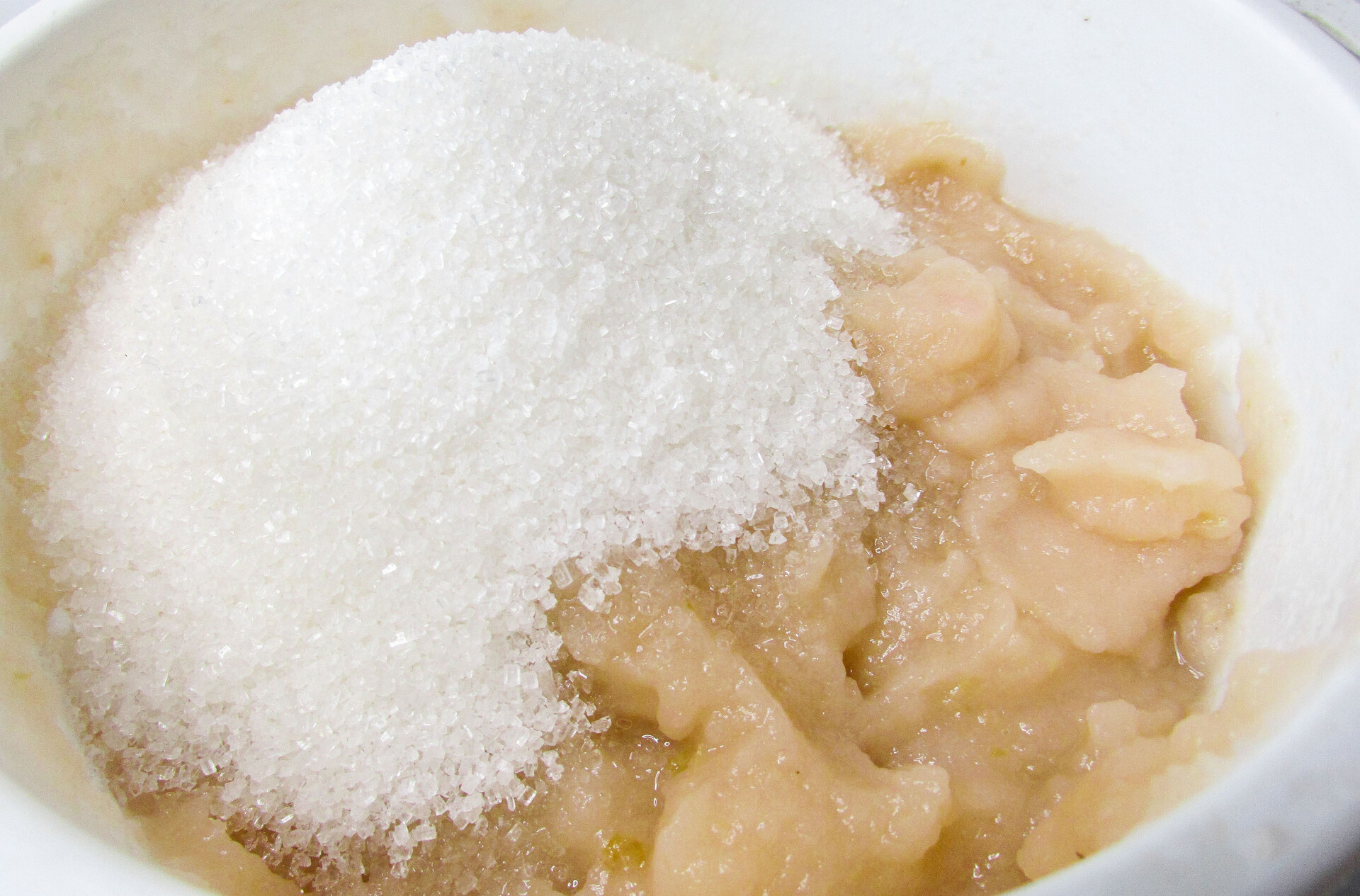 6. Mix and leave the purée with sugar until it’s completely cooled down. You can stir the mass for a couple of minutes, then the sugar will dissolve very quickly in the warm purée. 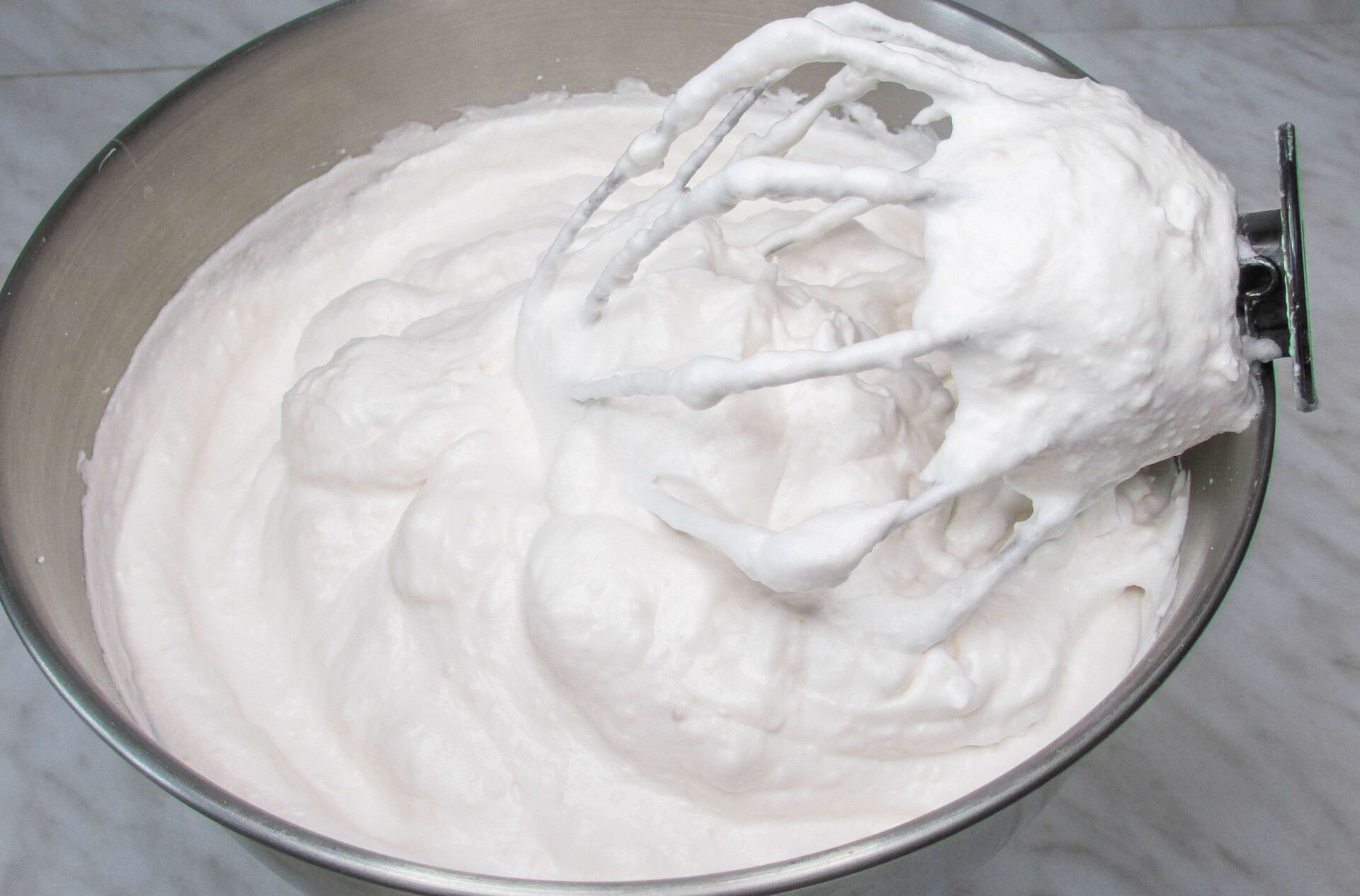 7. When the applesauce is completely cooled, put it in a large bowl and add one egg white. When whipping, the mass will increase very much in volume, so the bowl should be large. 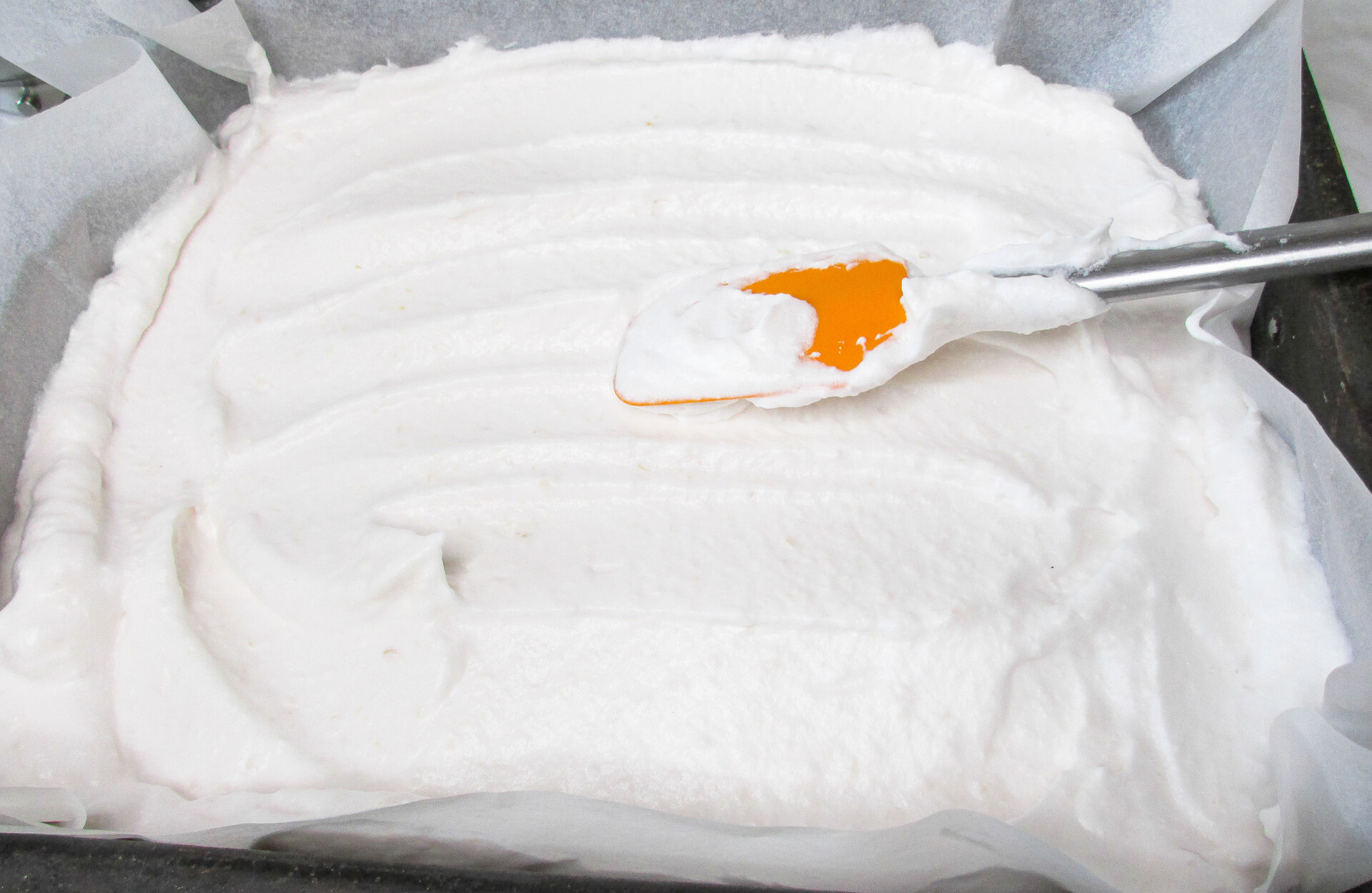 8. Mix the purée with egg white with at high speeds for about 5-7 minutes, or maybe more. The main thing is to get a snow-white lush mass, which should be quite dense.

9. Now we need to dry this airy apple mass. To do this, take a rectangular shape with sides. Mine is about 20x30 centimeters, but if you take a smaller one, your layers can be higher (shouldn’t be higher than 3 cm) which is also not bad. 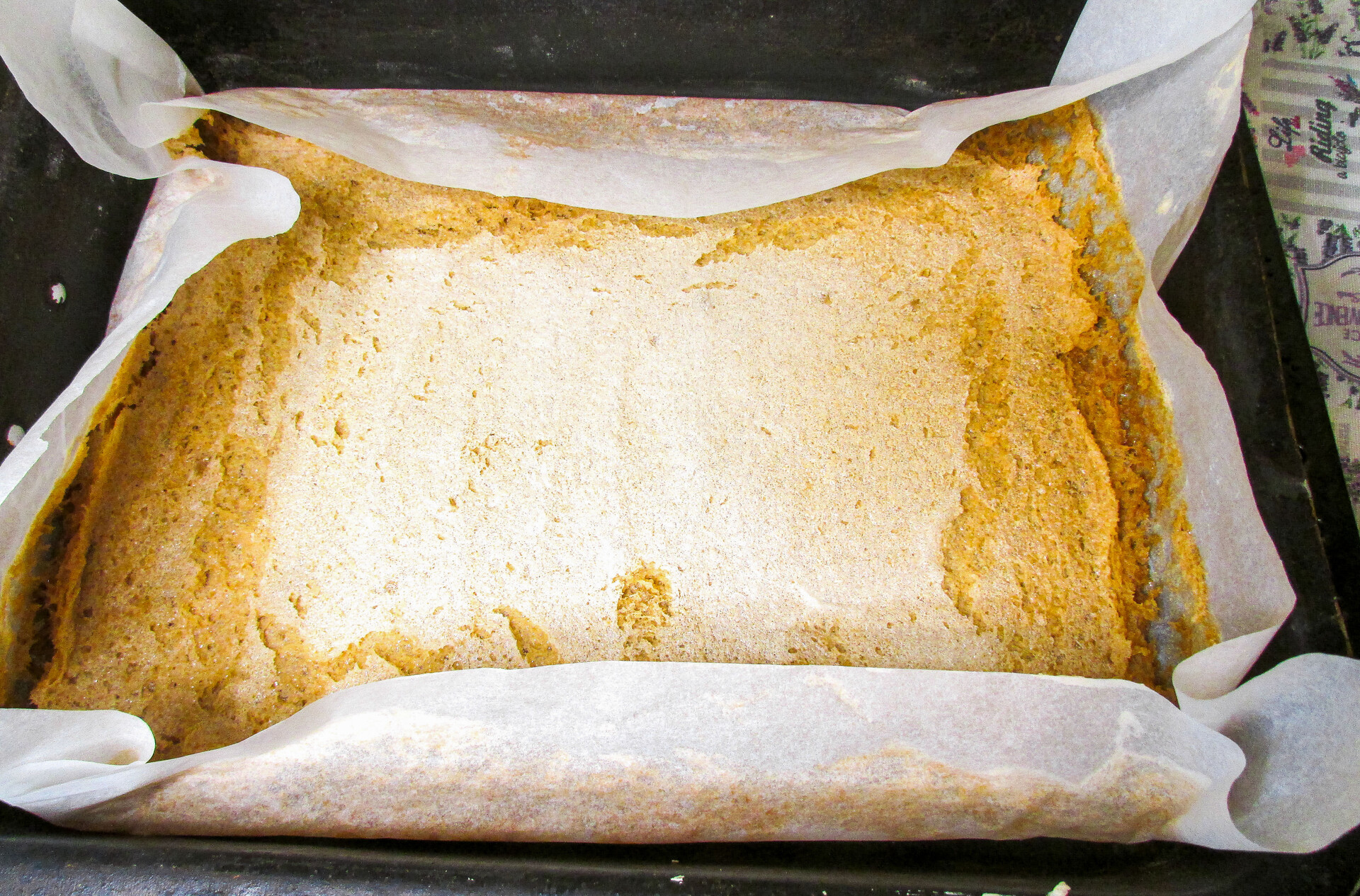 10. Cover the purée with baking paper, spread the white cream and level it with a spatula. Approximately 1 cup of the mass should be left to coat thoroughly the layers - just leave it in the refrigerator for a while.

11. It’s necessary to dry the apple mass in a slightly open oven at 100°С for about 3-4 hours. You’ll see the mass acquire a creamy shade and settle down a little. In addition, it’ll stop sticking to your fingers.

12. Turn the finished apple pastila onto another sheet of parchment paper. To remove the parchment paper from pastila, just moisten it with water a little and wait for five minutes. Then it can be easily removed. Otherwise, you will not remove it without loss. 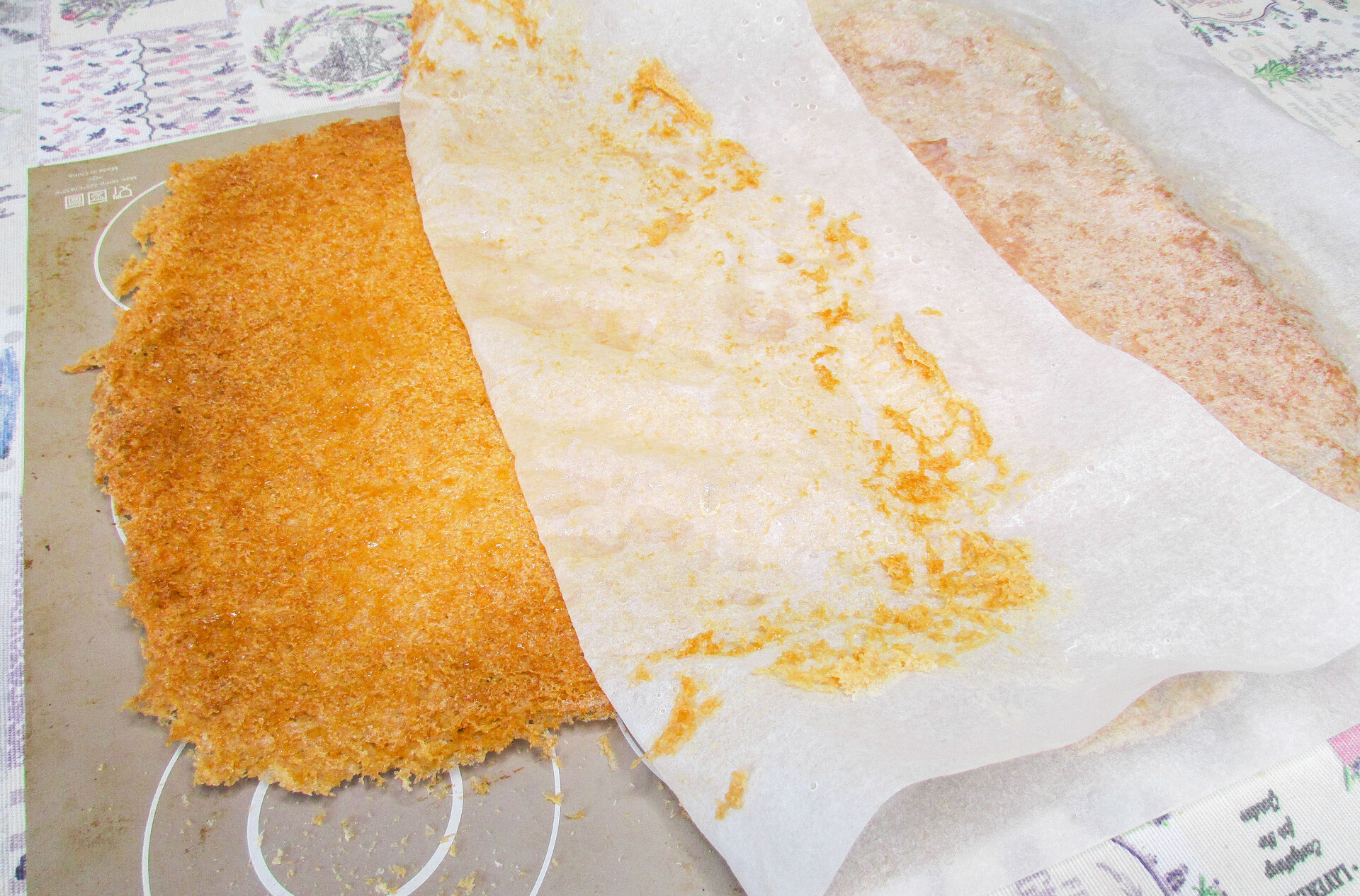 13. Cut the layer into three equal parts with a sharp knife. 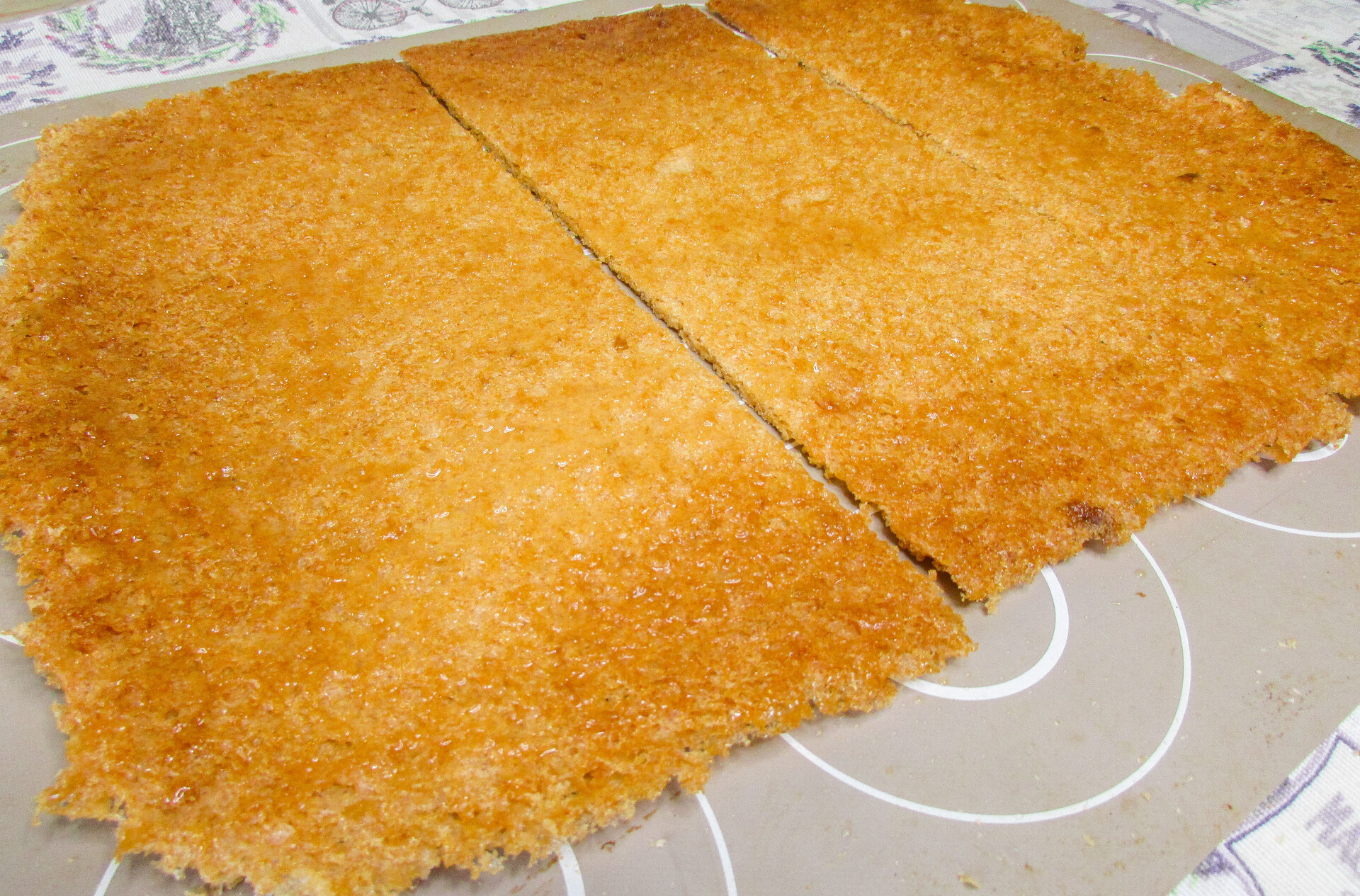 14. Remember, we left about a glass of whipped applesauce with egg white? Well, now we need it. We “oil” three layers of pastila with the left mass, as well as the top, the bottom and the sides of it. 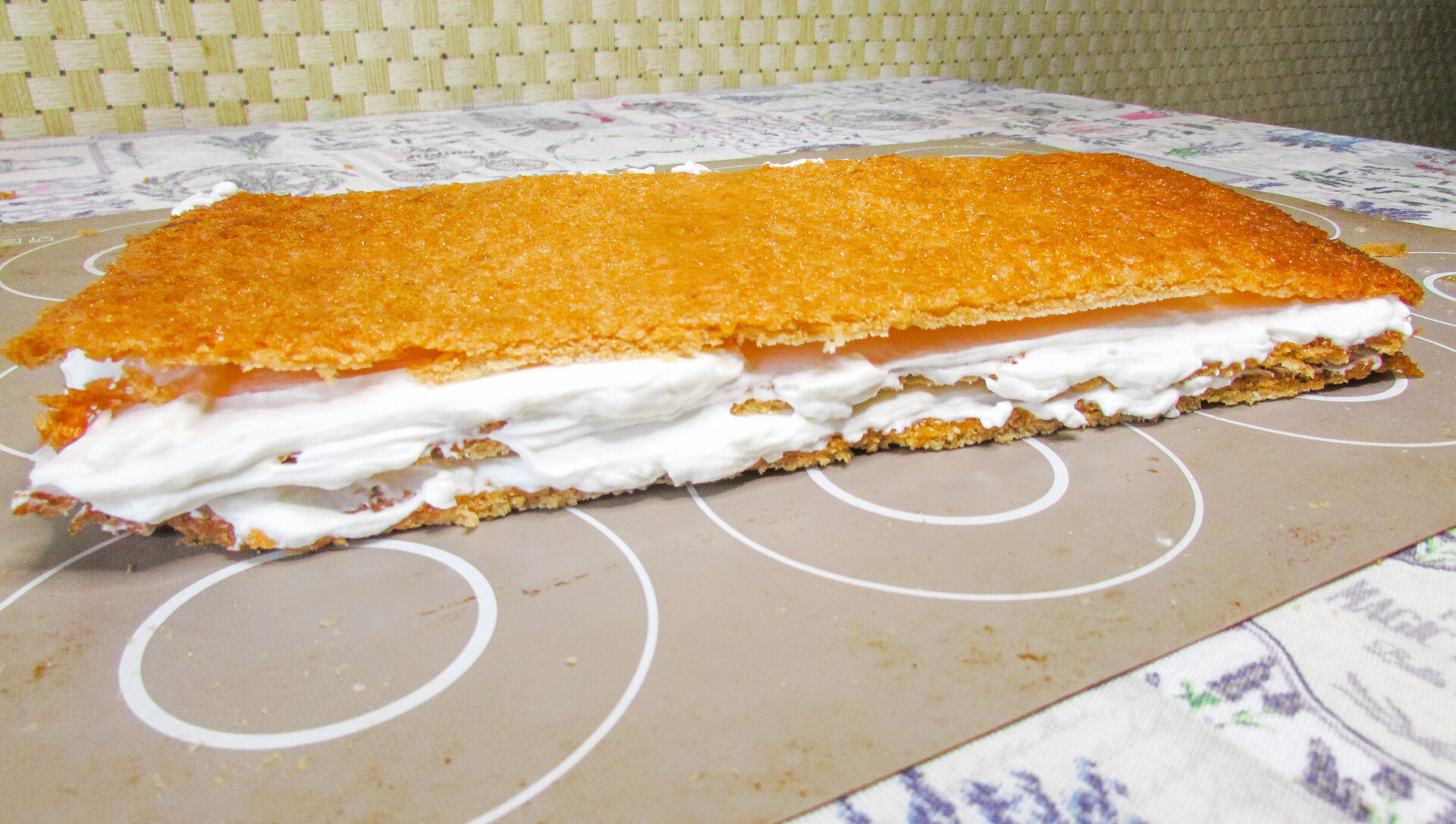 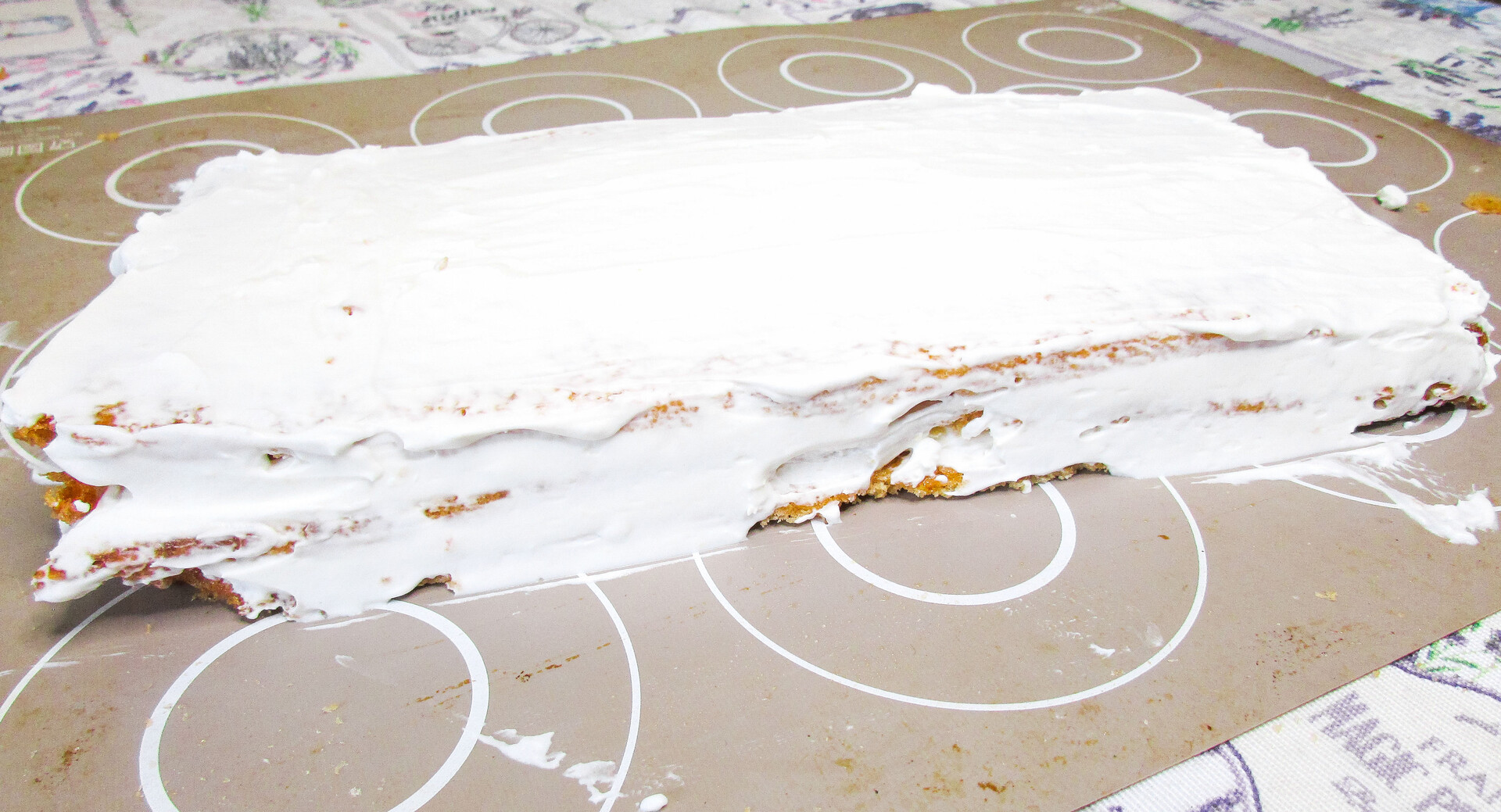 16. When the apple pastila has completely cooled down, rub powdered sugar on it. Enjoy! 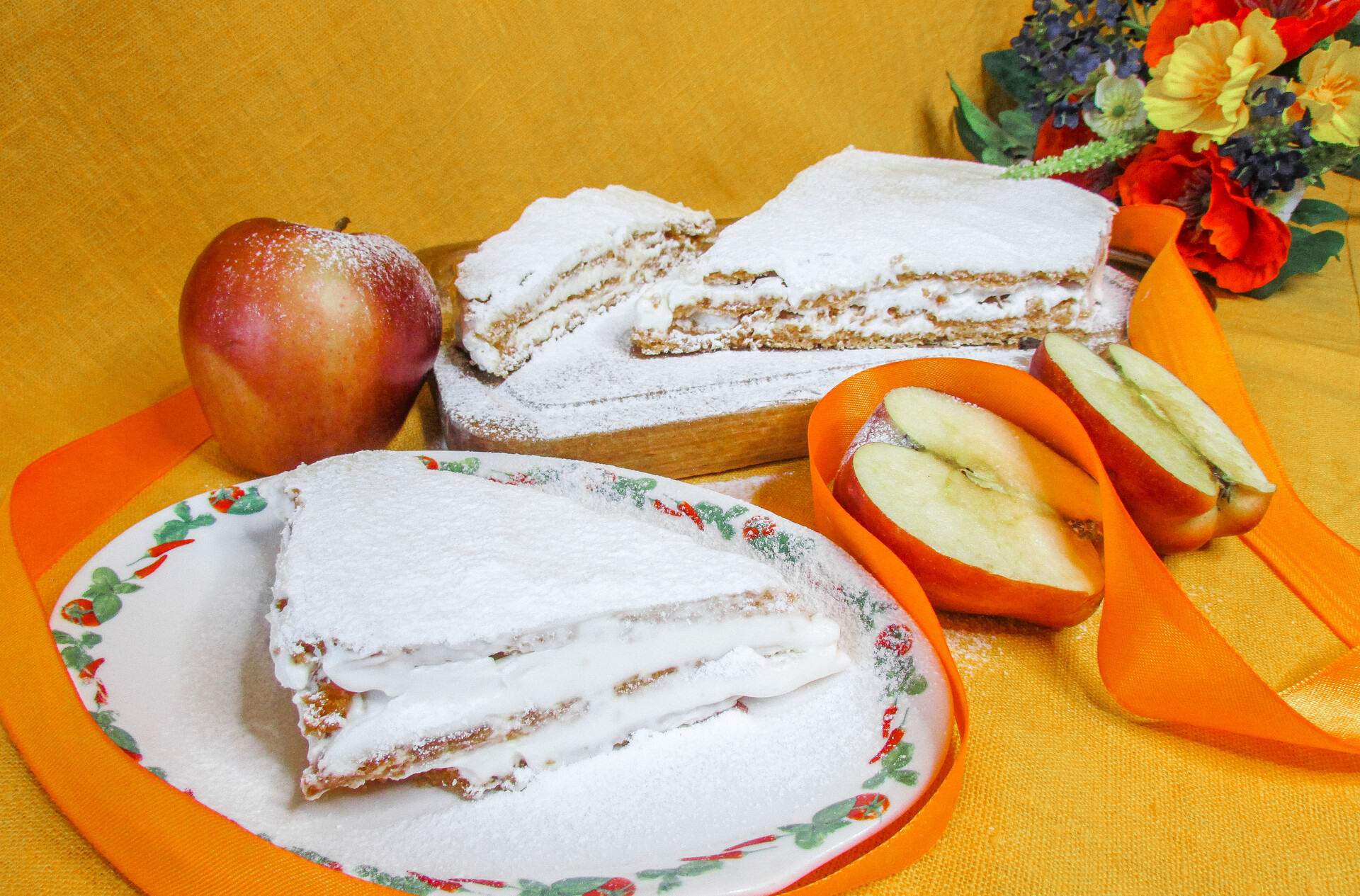