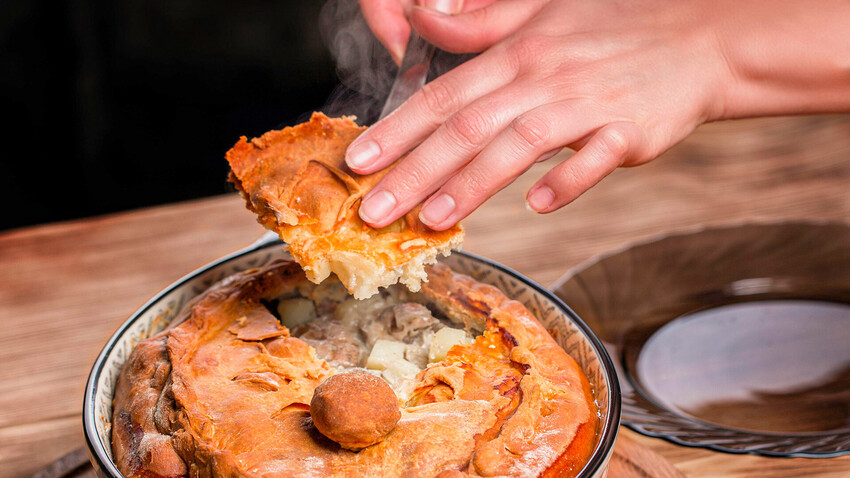 Legion Media
The dead are remembered at least five times during the year after the funeral. We’ll tell you how different funeral wake rituals vary across different regions of Russia.

Islam is the second largest religion in Russia – after Christianity. About 10% of the country worships this religion. Russia has two established regions where Islam is dominant – the North Caucasus and the Volga-Uralsky region, including Tatarstan and Bashkortostan, to which the Muslims of the European part of Russia and Siberia are also genetically connected.

Some of the traditions are independent of the place where the Muslims reside. For instance, funeral rites consist of multiple funeral wakes: on the 3rd, 7th, 40th and 51st days after the funeral and also after a year. It’s believed that the body goes through biological changes during that time; the deceased is suffering. The funeral wakes are arranged so their soul sees that they are remembered. During funeral wakes, the Muslims pray and read the Quran. No pork or alcoholic drinks are served at the remembrance supper. 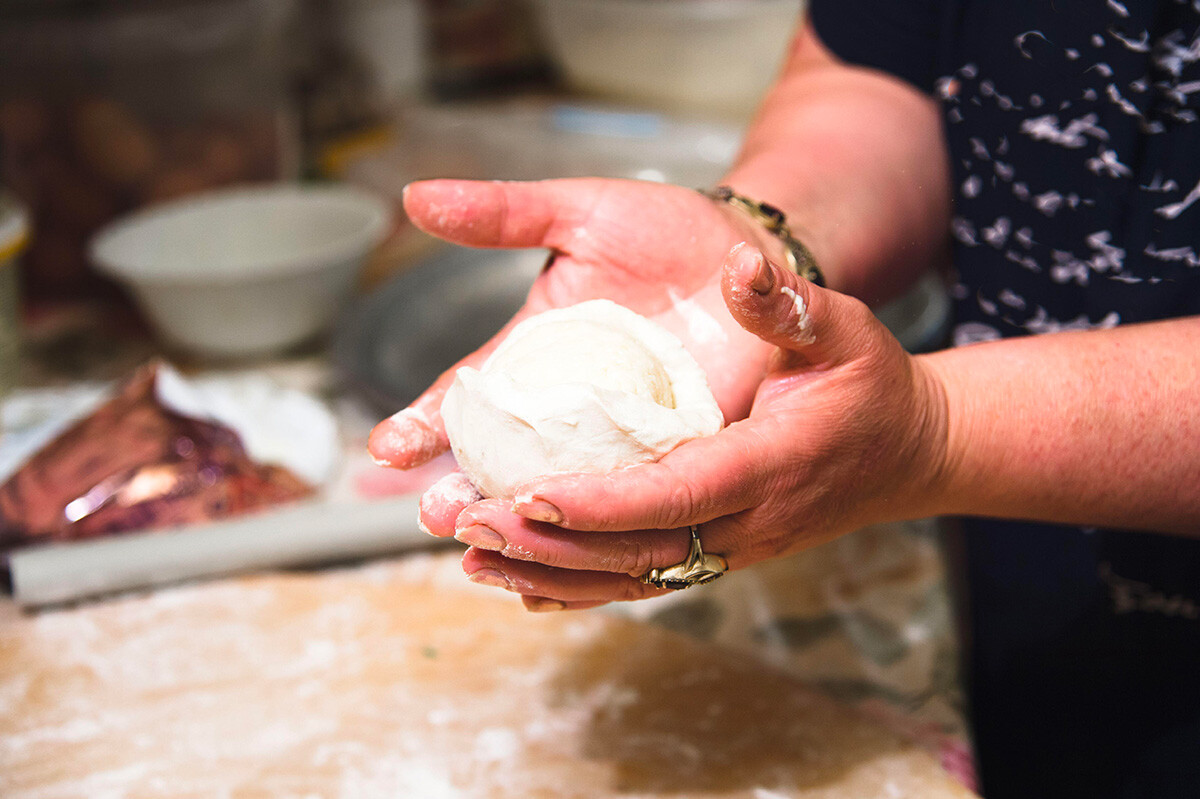 Some traditions are already many centuries old, so they transform along with the time and the ways of life, but they remain moral beacons for many families. For example, there’s a tradition that three days after the funeral “no fire is lit” in the house of the deceased and no food is prepared. Relatives and neighbors bring food to those close to the person who has passed. This is done so the relatives pray for their deceased and not think about food. Muslims believe that the soul of the deceased is not yet gone and lives somewhere around.

If they have such an option, the family of the deceased, as per the tradition on the funeral day, slaughters a cow or a bull and gives symbolic sadaqah (translated as ‘charity’) to their relatives and neighbors. It could be raw meat, rice, flour, millet, sugar or money. It’s a charity in the name of Allah.

Remembrance supper in the North Caucasus

The remembrance suppers of the different regions of the North Caucasus have territorial features, but there are also dishes that are prepared everywhere.

First, it’s round flatbread or crumpets. The Circassians fry them in boiling oil, while the Chechens and the Ingush people fry them in a dry pan. According to common belief, the smell of fried dough reaches the soul of the deceased. This flatbread is then given to the relatives and neighbors throughout the whole year, so they can remember the deceased. 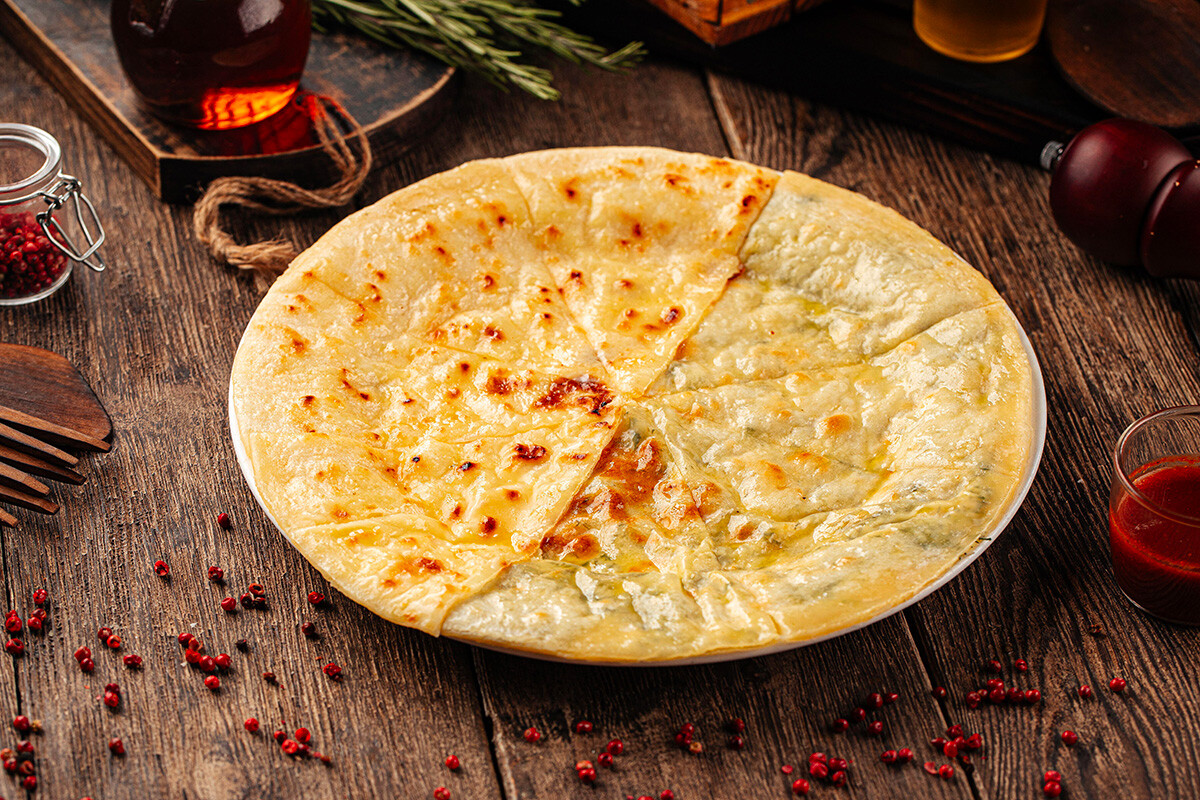 Hychin with cheese and greens.

Flat pies stuffed with cottage cheese, potatoes, potatoes and cheese or with meat are more complex variations of the flatbread. The Balkars and the Karachays make hychins, the Chechens and the Ingush people make chepalgash.

Ossetian pies gained the most popularity. The amount of pies bears a special meaning. For a wedding or a happy holiday three Ossetian pies are placed on a dish, while only two are placed for a remembrance supper, since the deceased will never see the light again and the third pie, symbolizing the sun, is not needed anymore. Only the two symbolizing God and the earth remain.

Different meat dishes are prepared for funeral wakes: soup with lamb meat (the Karachays’ shorpa), manty and pelmeni (dumplings with meat). Also, rice dishes are made with pieces of boiled meat, raisins, ayran (a yogurt-based beverage), oil or sour cream. 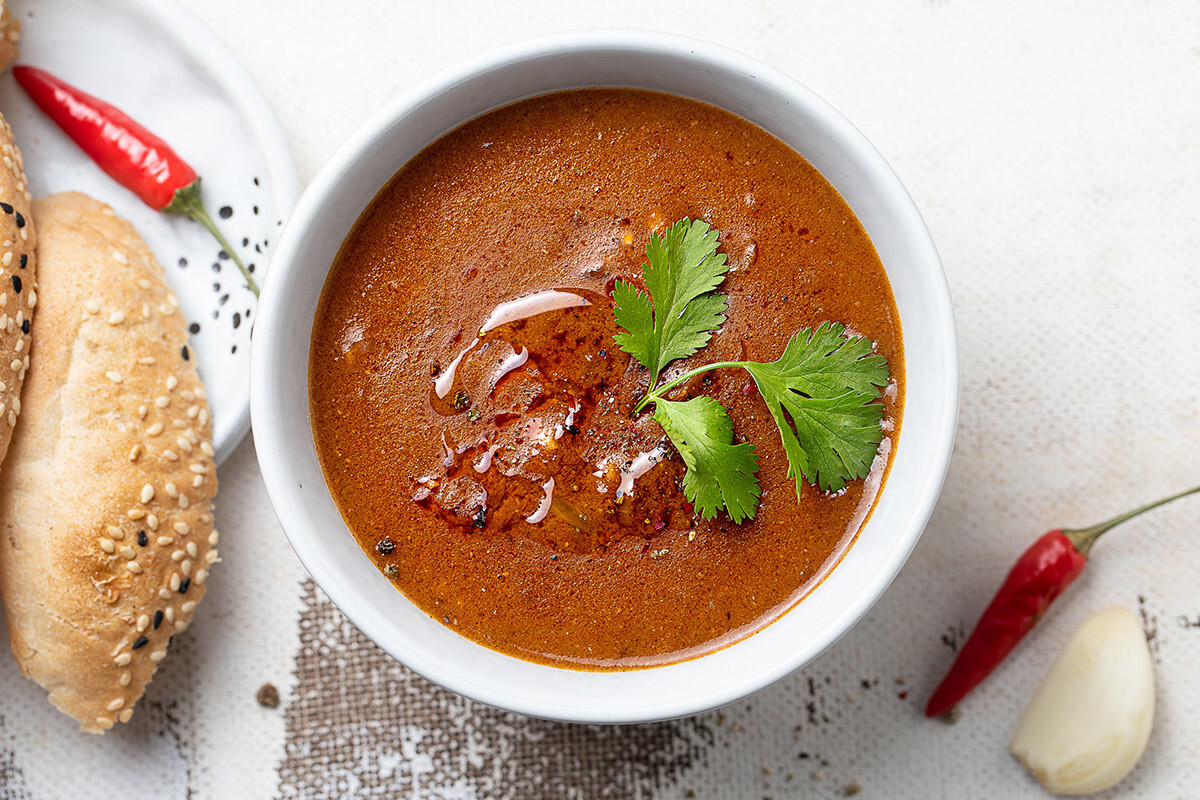 Schips is an authentic rich soup and sauce that also can be a main dish.

A special role is reserved for halva made from wheat, corn or millet flour, prepared with melted butter with the addition of sugar or honey. It’s prepared by the female relatives of the deceased. It’s believed that “the deceased sees the one stirring the halva” and a sweet life with Allah awaits their soul, thanks to the halva shared among their relatives. 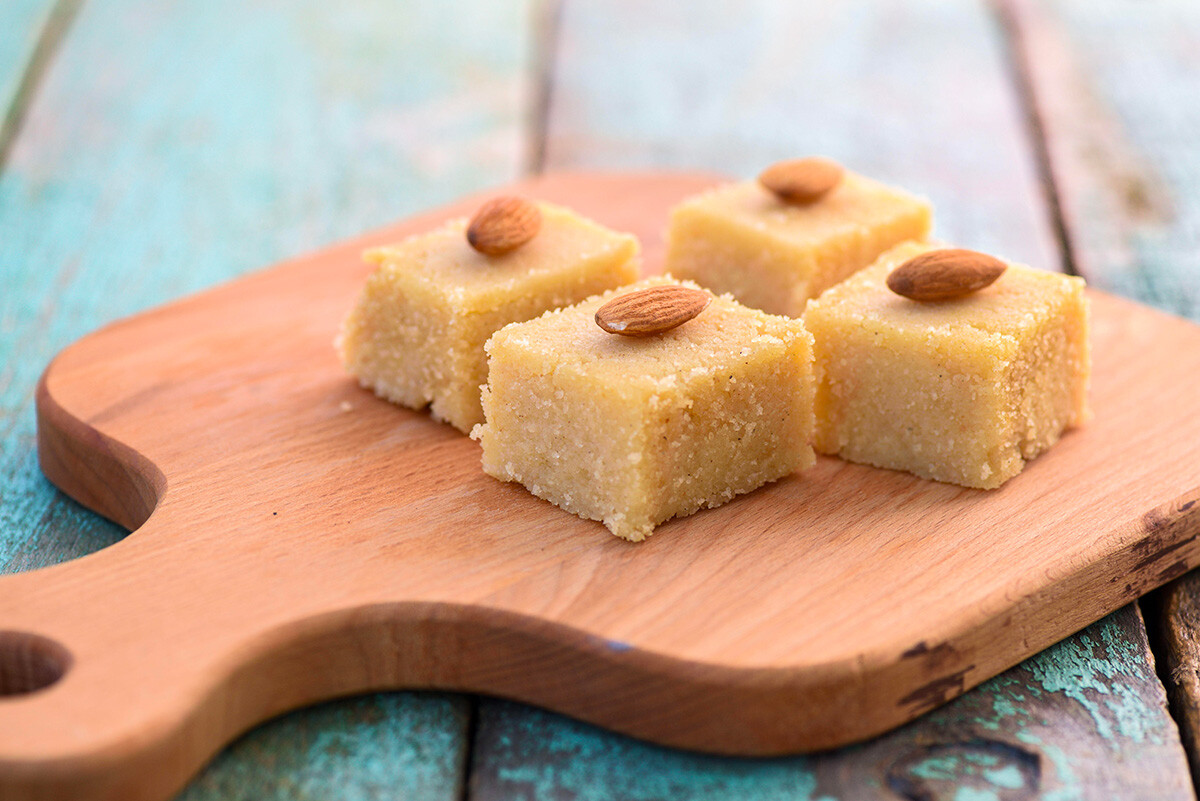 This exotic halva combines the aroma of corn flour with the texture of nuts.

For beverages, water, ayran, black or Kalmyk tea with milk, salt and spices, are served, as well as homemade lemonade. 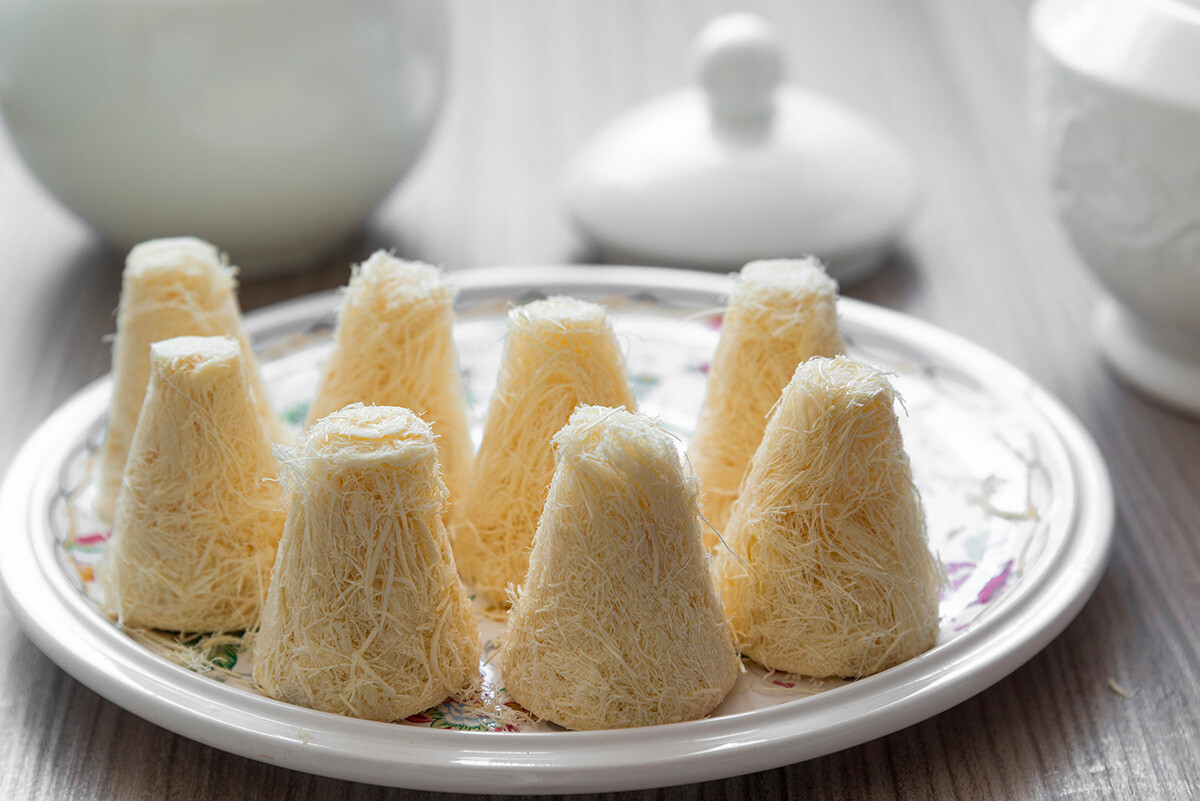 Muslims from other regions assemble for the first remembrance supper only on the third day. The main remembrance dish in Tatarstan – small “pyramids” made from thin sugar threads. It’s called talkish kaleve; in its sacred meaning, it’s similar to halva or kutia for Orthodox Christians – to help the soul acquire a sweet life in the other world. This dessert is made from flour, butter, honey or sugar.

It’s believed that a remembrance supper shouldn’t be a big burden for the hosts. Traditional dishes are served at the funeral wake: meat broth with noodles for the first course, meat with potatoes or buckwheat for the second course. Pilaf, pelmeni with broth or dolma can also be served. Flatbread is also made. 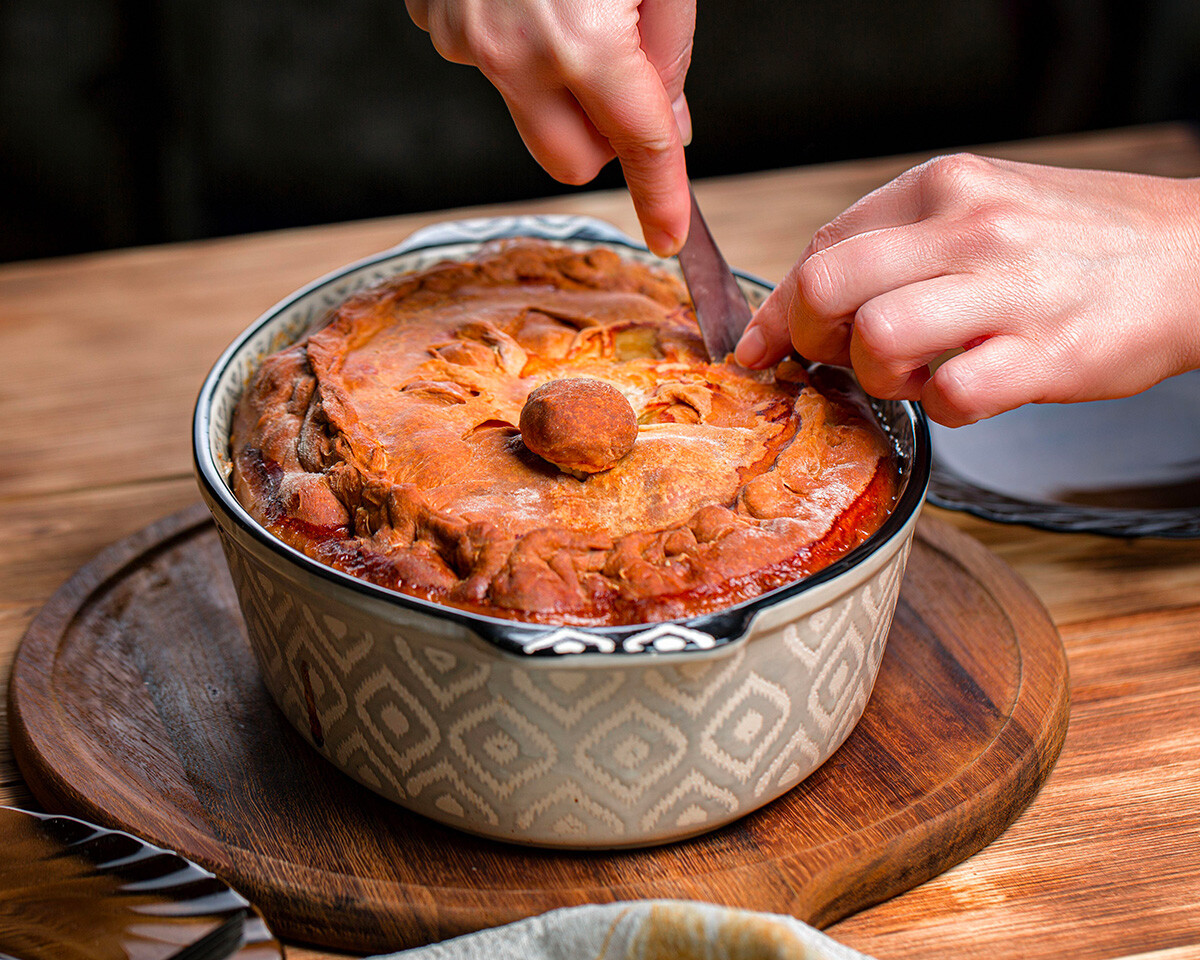 The remembrance menu of Muslims in other regions varies little from traditional meals. In Bashkortostan, for example, they prepare noodle soup with meat, a round pie with meat filling, flatbread, pastry and tea with sweets.