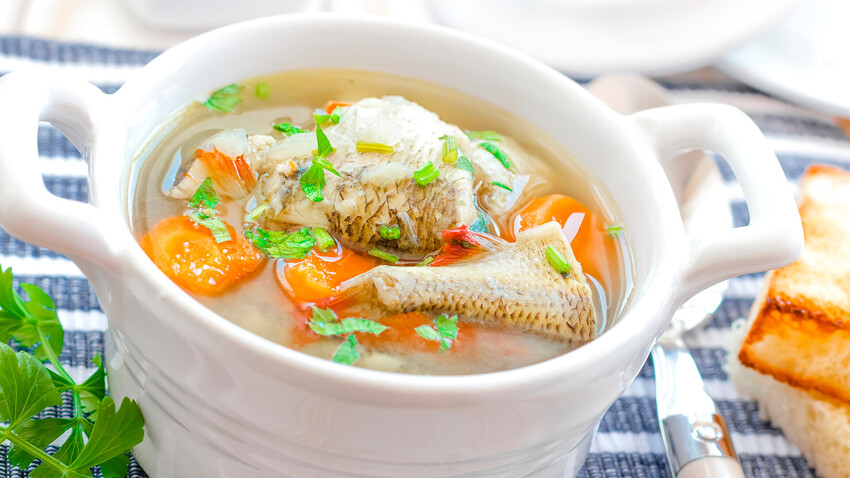 Legion Media
This fish soup is a fragrant and rich variation of the more common ukha that was served at imperial feasts. Let’s cook this exciting masterpiece of aristocratic Russian cuisine.

Potemkin soup is the first course fish dish named in honor of General Field Marshal Prince Grigory Potemkin-Tavrichesky. His entire life was devoted to service for the good of the Motherland as a brilliant general and as a talented statesman. His service and abilities were highly appreciated by Empress Catherine the Great, and he remained her main adviser for many years as their official relationship became a personal one. In short, he managed to win the heart of the most powerful Russian empress.

What remains today of the prince in the memory of modern-day Russians? There are a few not always accurate legends, the fact that he conquered lands around the Black Sea, the notorious metaphor "Potemkin villages" (about anything whose exterior is deceptively better than the interior) and ... finally, this soup that’s named after him.

The prince was a discerning gourmet and loved to hold feasts and arrange all kinds of celebrations. First, the dishes on the menu of his dinner parties would rile up the imagination with their names: "Tatar veal tails", "Beef eyes in sauce”, "Waking up in the morning", "Trojan pig", and etc.

We can’t say for sure if Potemkin really ate this particular soup, but the recipe is quite in his style - sophisticated and delicious. It includes the preparation of triple ukha – soup cooked in a so-called ‘triple broth’; with such a broth the dish turns out even more substantial. In addition, the original recipe uses wine to give a special taste and aroma, as well as egg yolk as a binding element. It will also be interesting to add fish quenelles (fish balls), in addition to rolled pieces of fish filets. 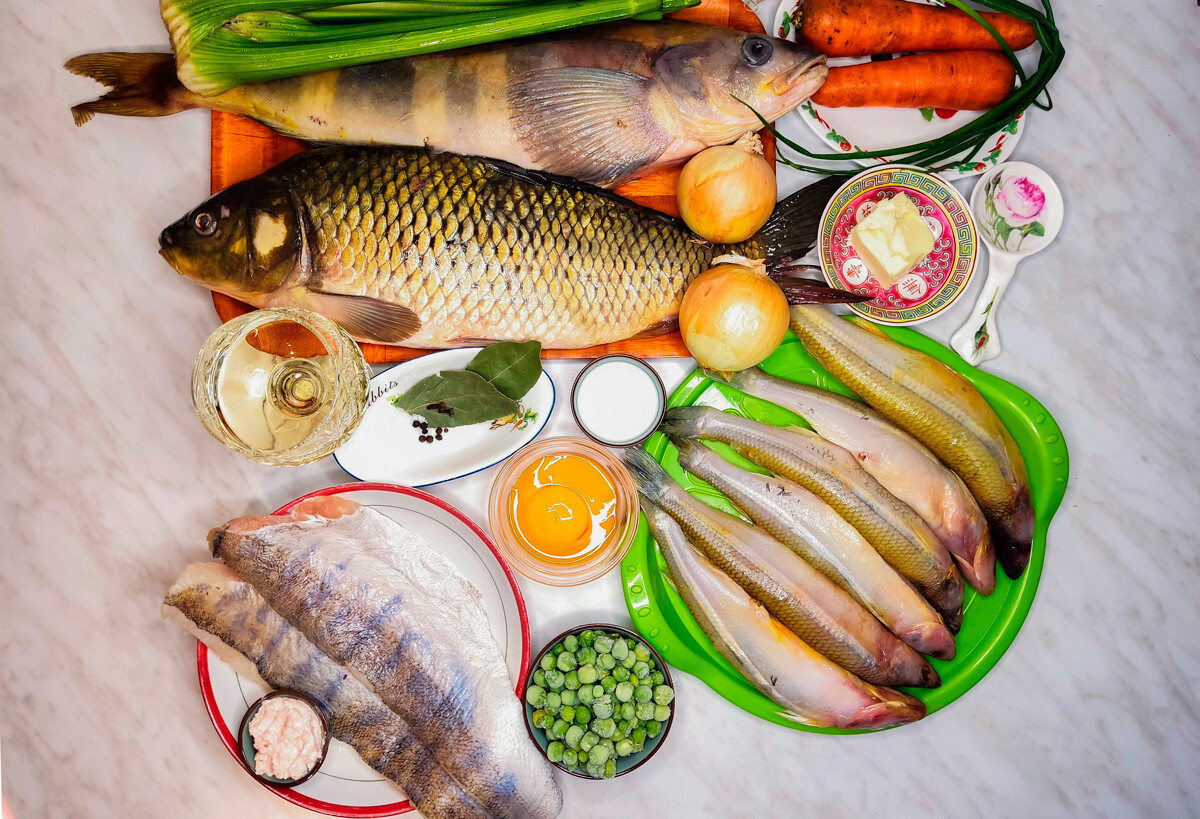 1. We’ll begin with the triple ukha. To do this, let’s take carp and perch (or take other varieties of fish that you usually use for fish soup). Gut and descale the fish properly, be sure to remove the gills. Then divide the fish into three parts. Wrap one part in a gauze in the form of a bag. 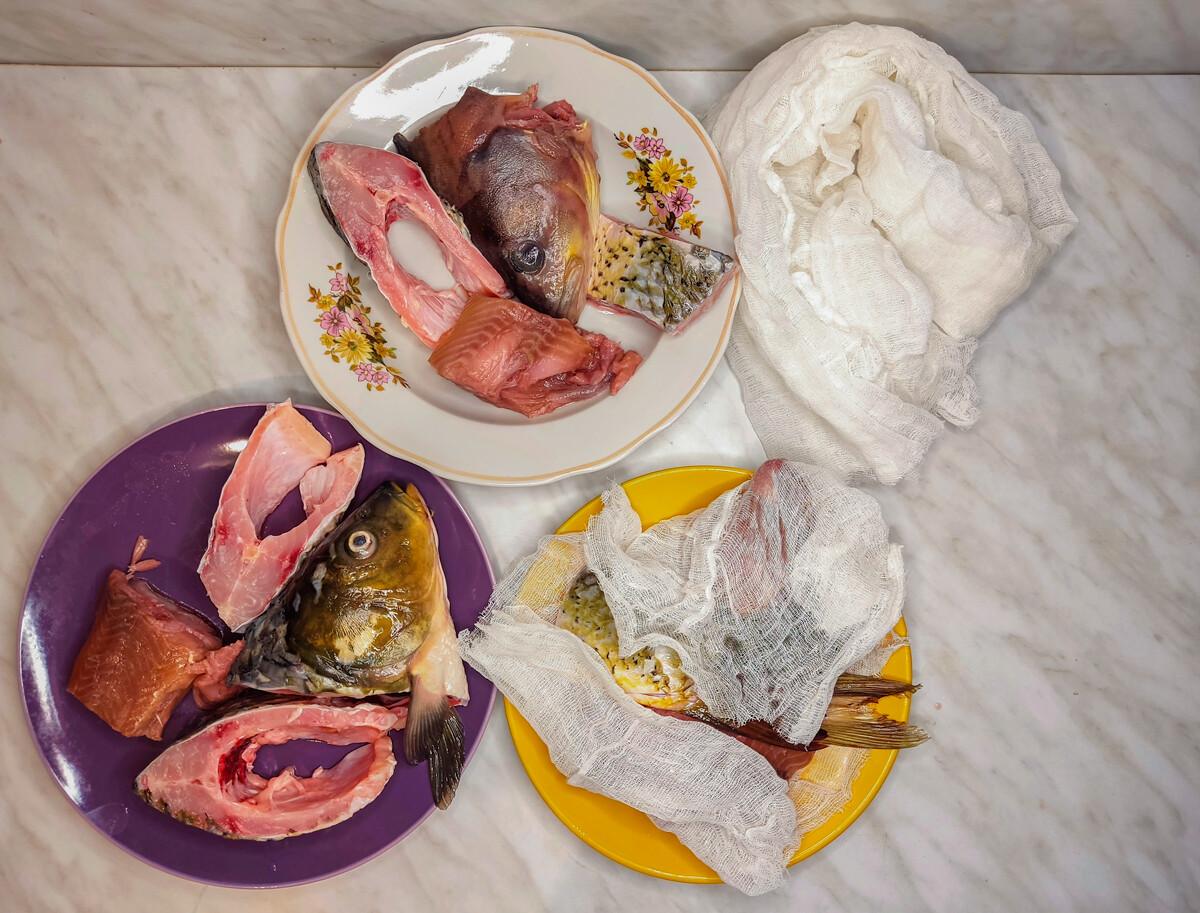 2. Put the first fish bag into a deep saucepan with water, and cook for about 30-40 minutes. 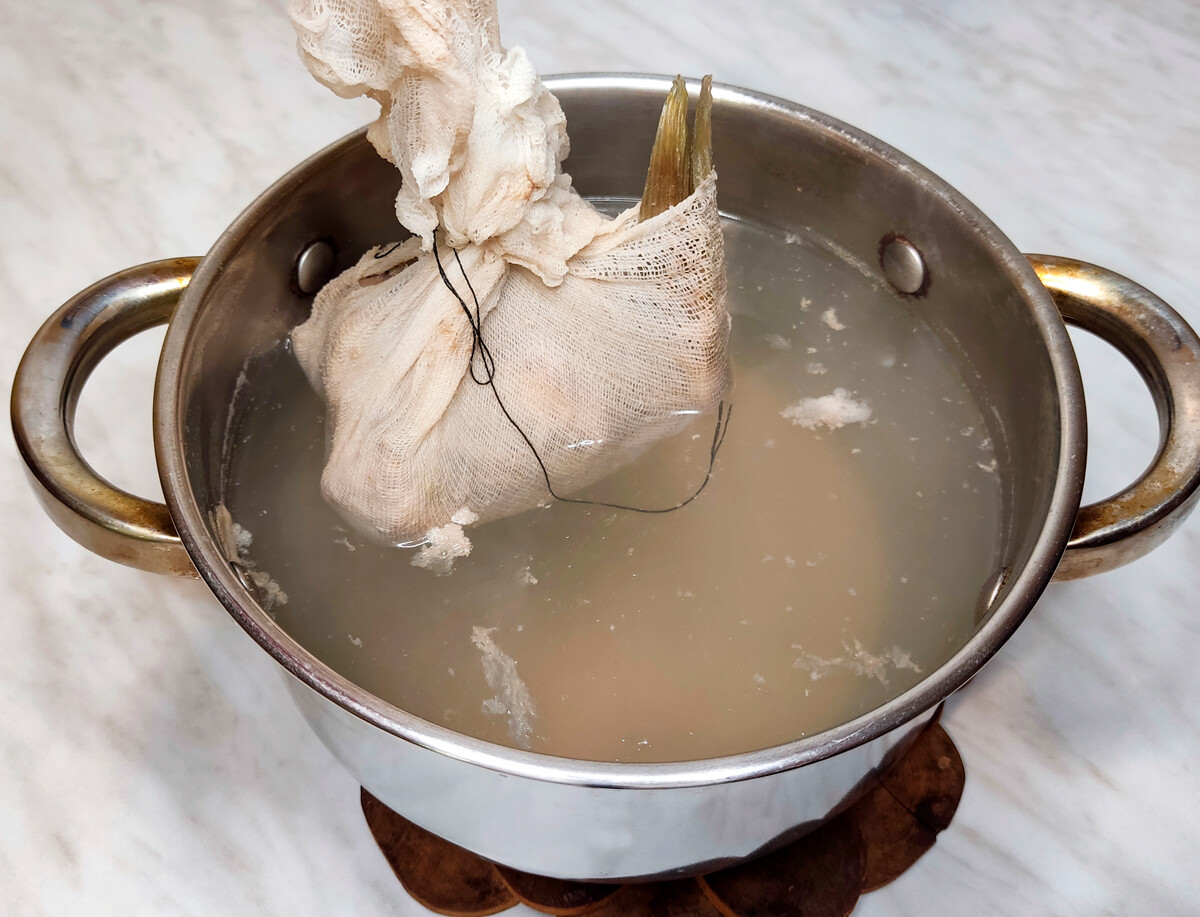 3. Lift the bag over the saucepan and let it drain properly, and then put a fresh portion of fish (wrapped in a bag) in the saucepan again. Cook for 30-40 minutes, then repeat the procedure with the remaining portion of fish. Add one whole onion, salt, pepper. After the onion and fish are ready, take it all out of the broth.

4. Now, let's work on the smelt. Carefully take the filet from the smelt and remove the bones. Don’t throw away the fish’s bones, heads and the fins. 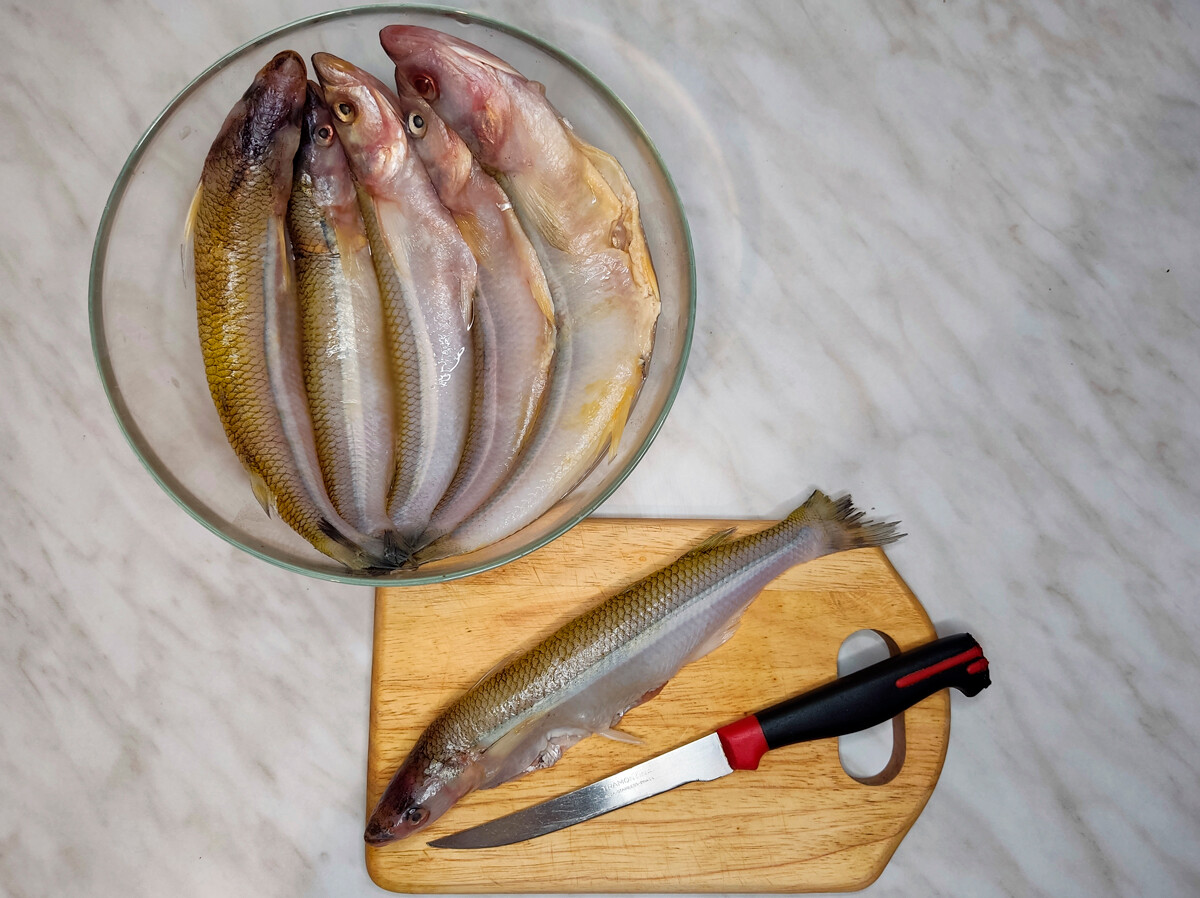 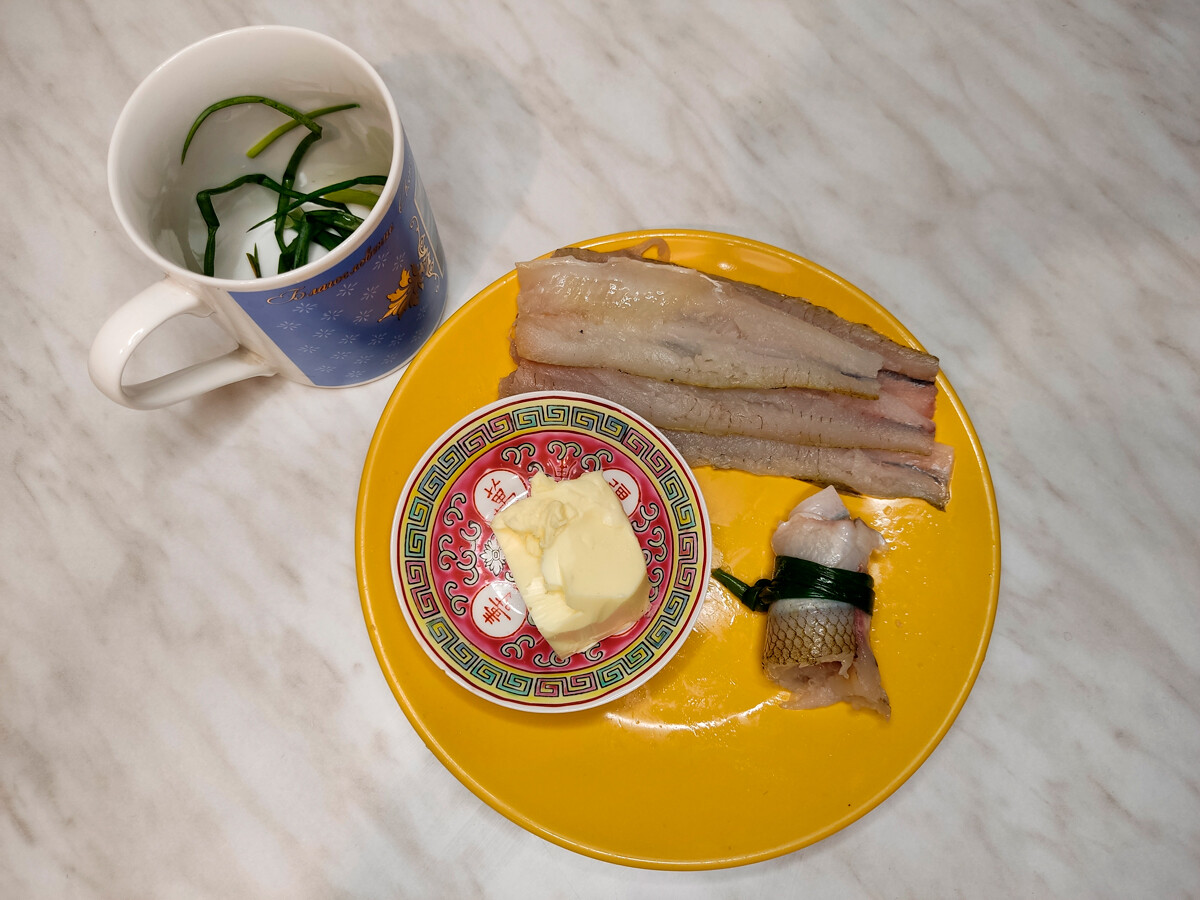 6. Using the bones, heads and fins of the smelt, boil the broth together with onion and cloves. Filter the finished broth. Add triple ukha to the smelt broth; salt if necessary, bring to a boil and quickly stew the fish rolls in it for 10 minutes and then take out the rolls. 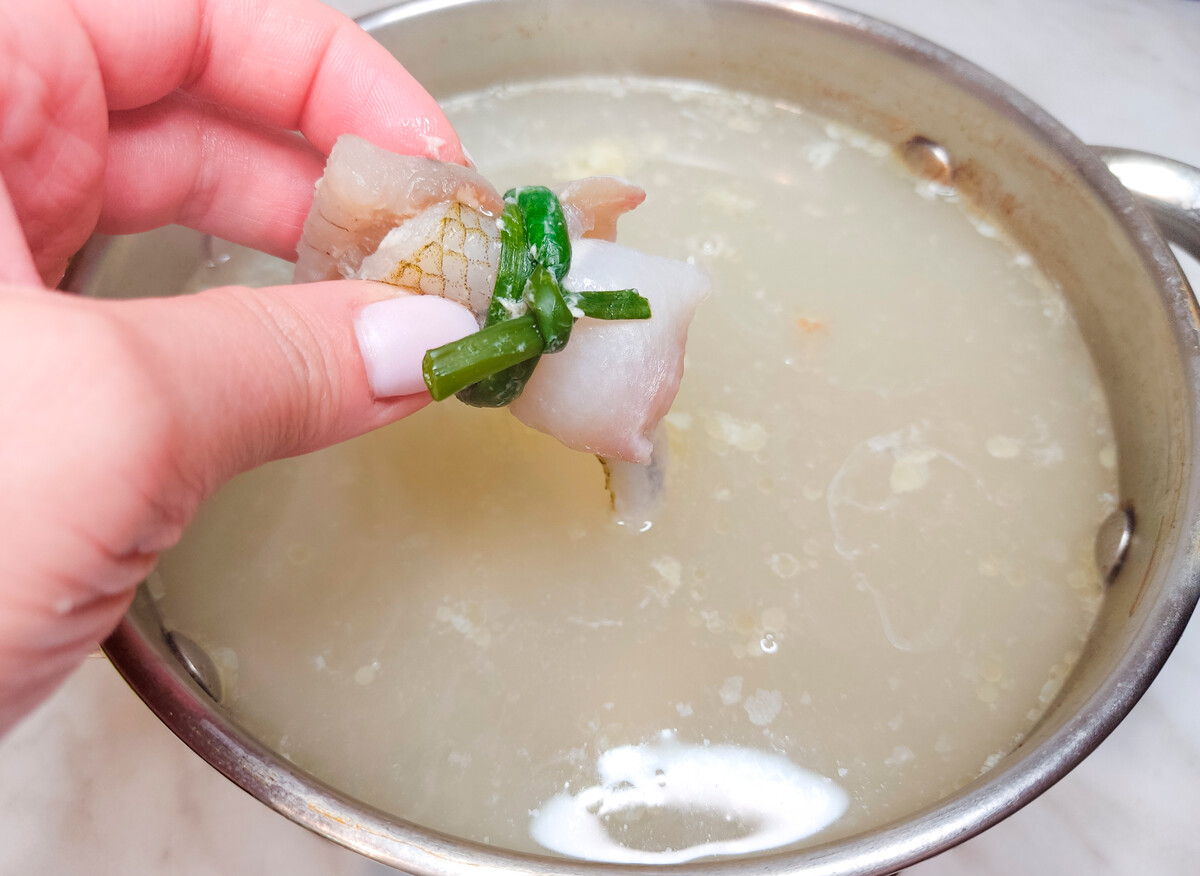 7. We make fish quenelles. To do this, remove the bones from the pike perch filet, finely chop. 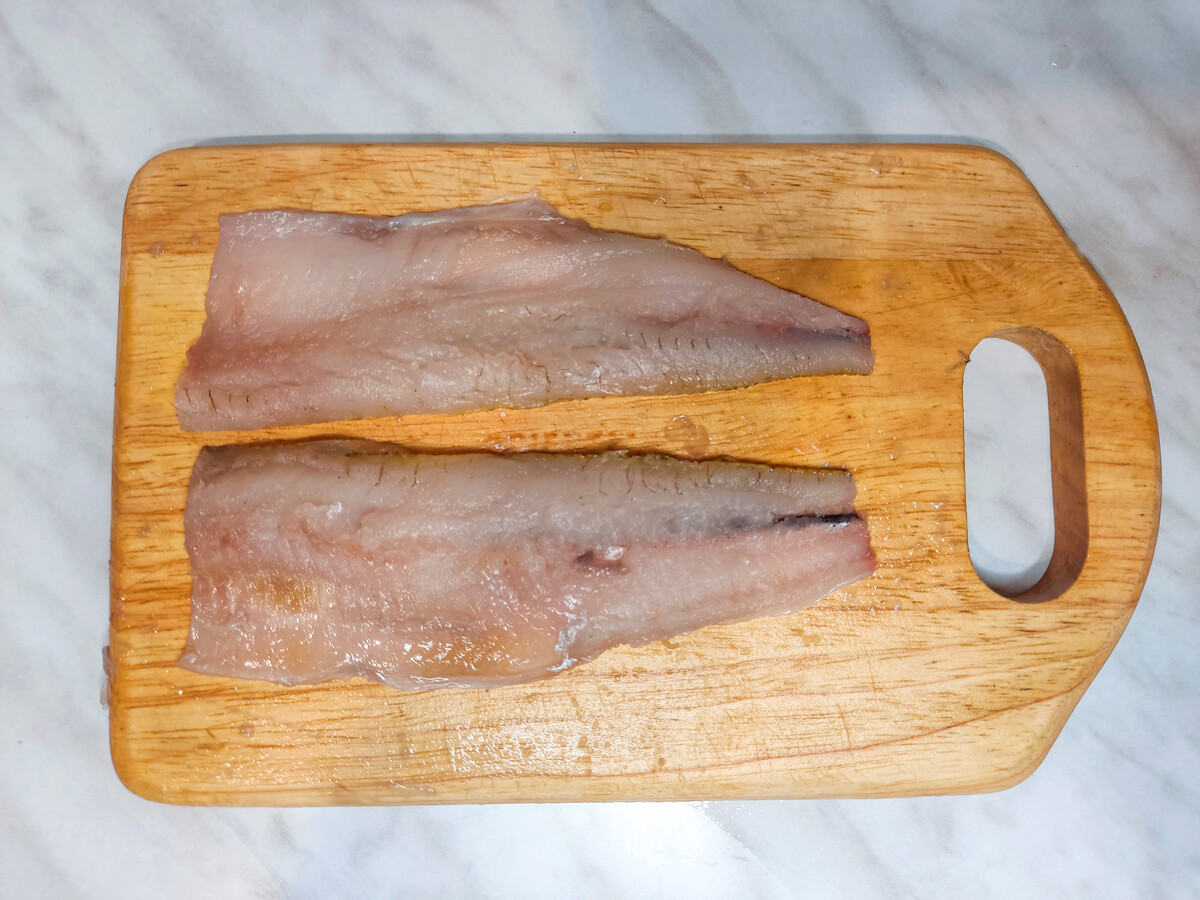 8. In a separate bowl pour milk onto a couple of slices of bread; as soon as it becomes soft add it to the pike perch. After that, add a teaspoon of crayfish butter if you have it (or skip this), and a little salt. 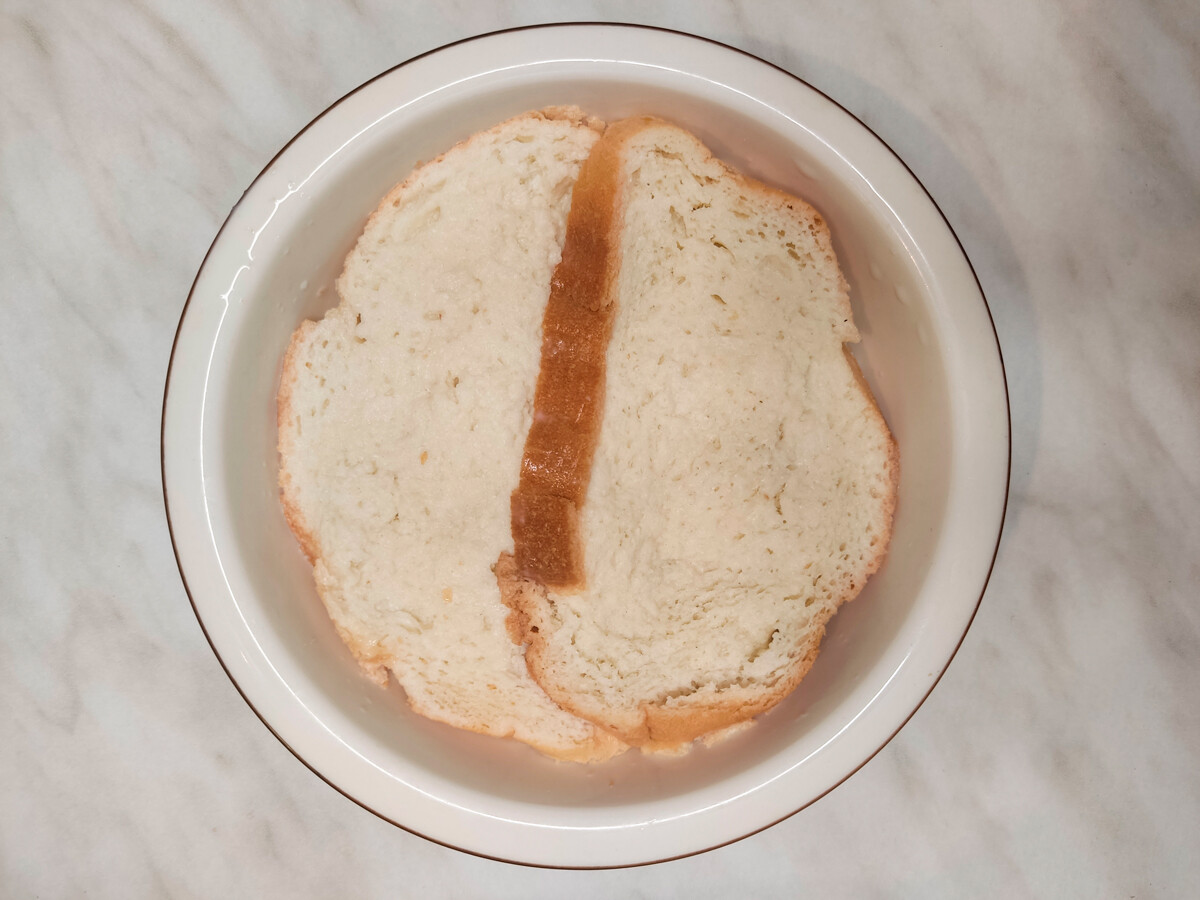 9. Use a blender to get a homogeneous consistency. 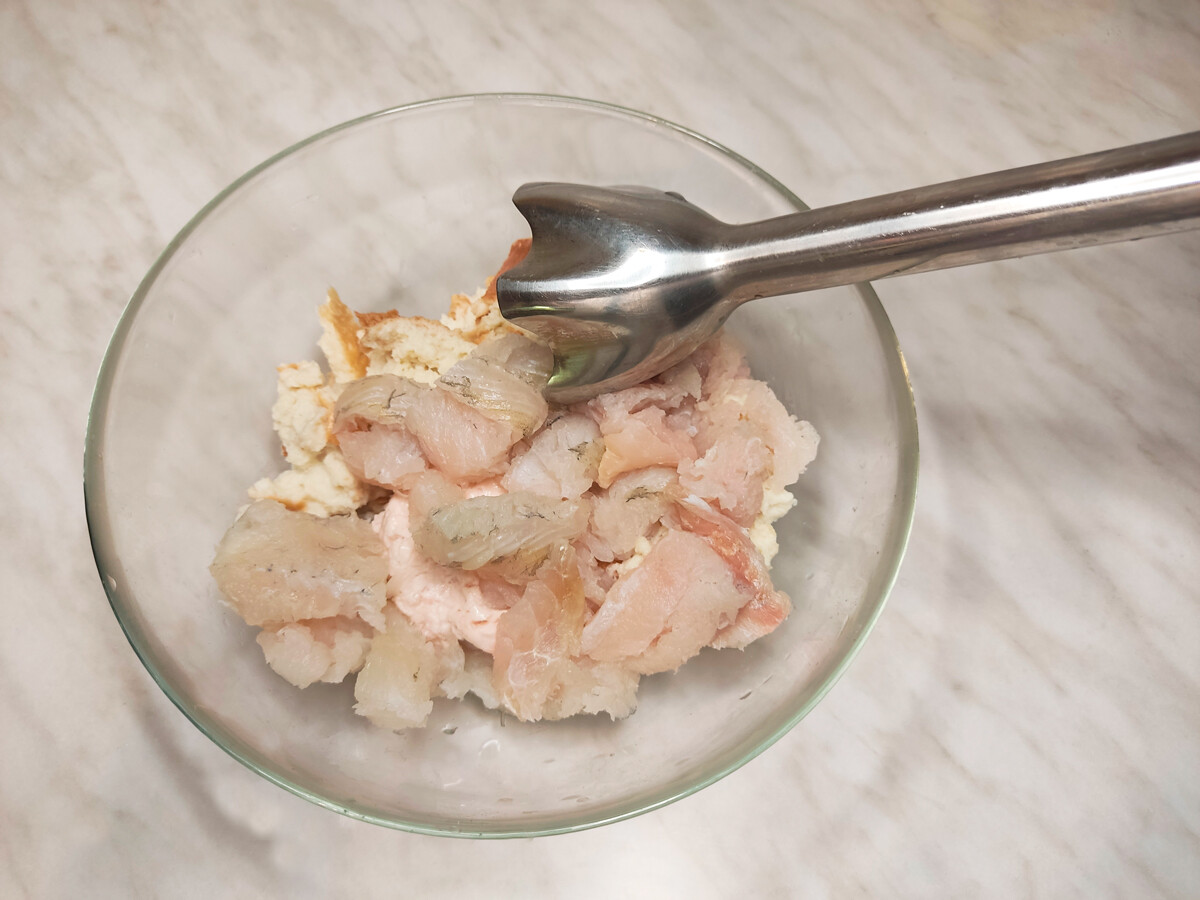 10. Then form the fish balls with a teaspoon. 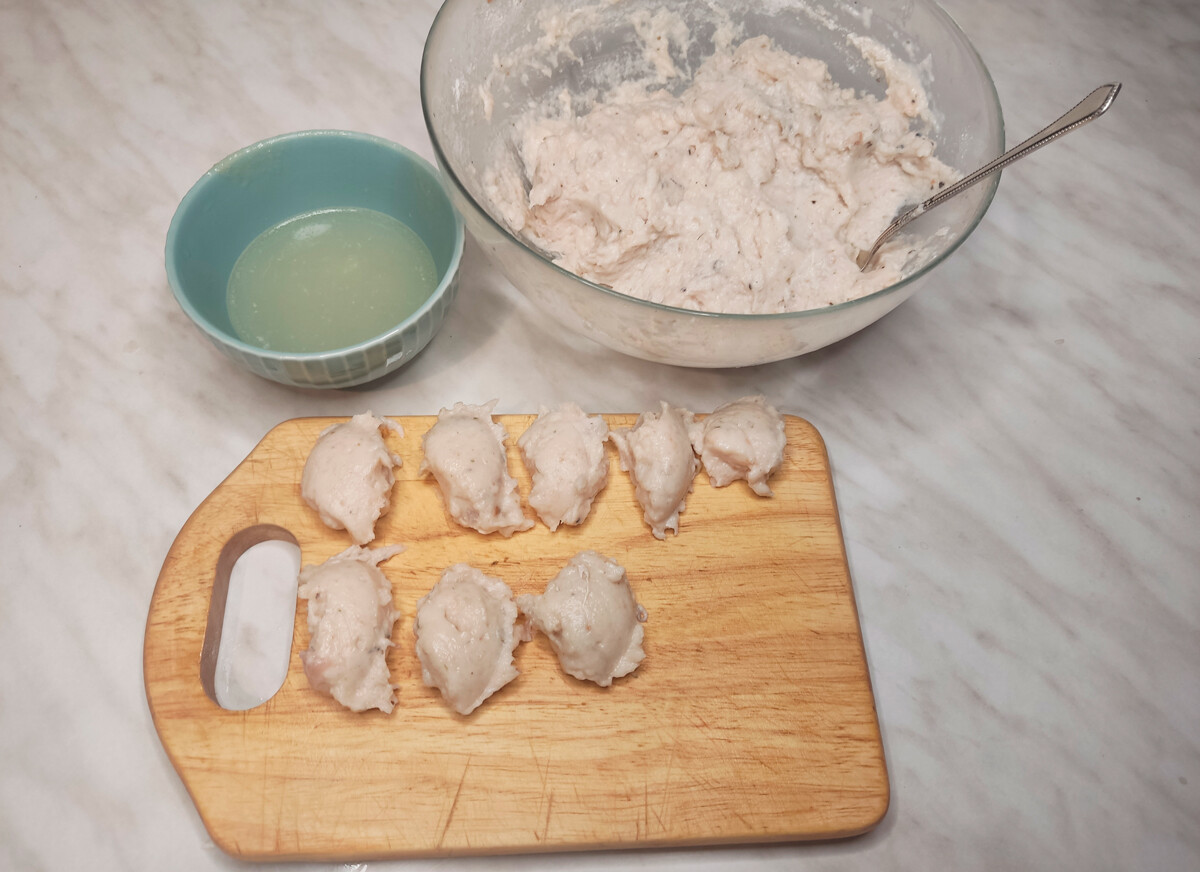 11. Boil the fish quenelles in the broth for about 10 minutes. Then remove them. 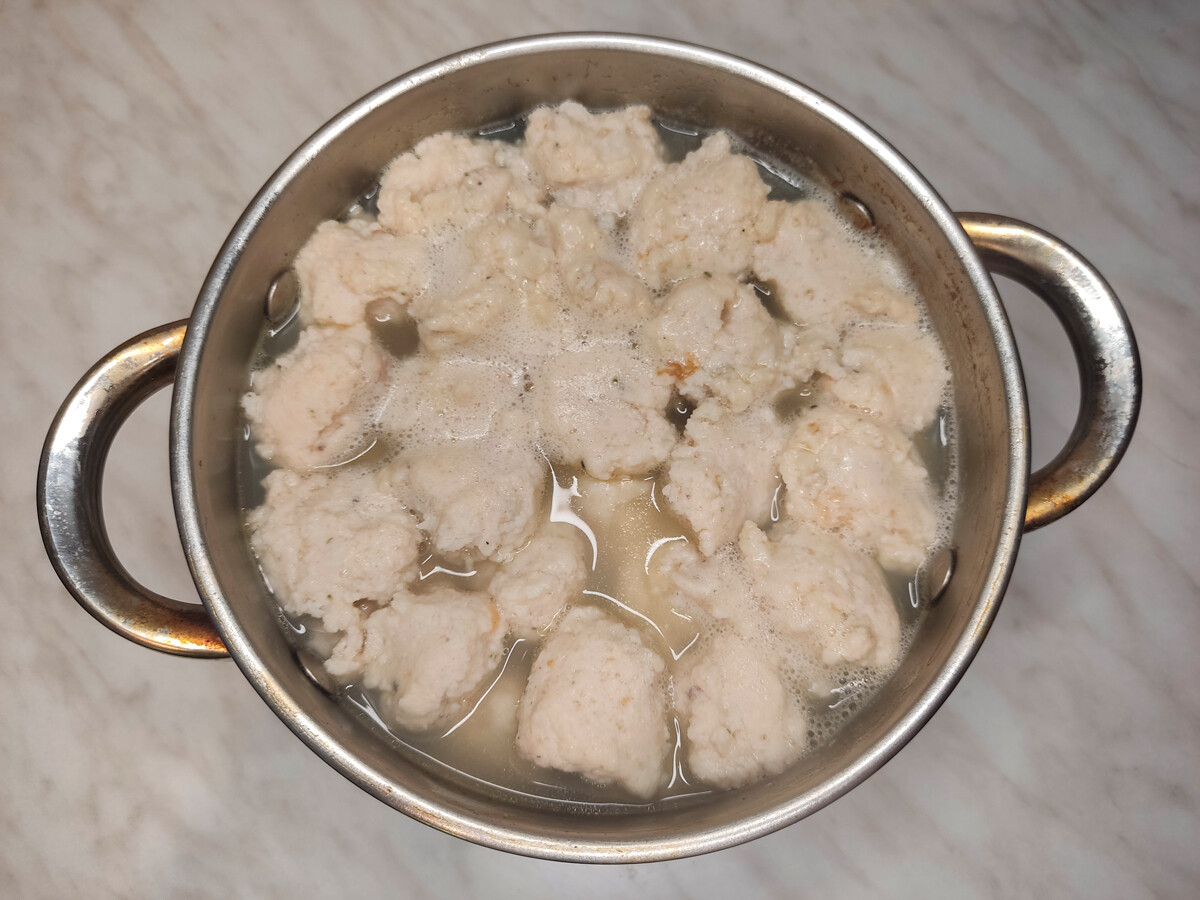 13. Chop the carrots and celery, add peas to the soup and lightly boil. 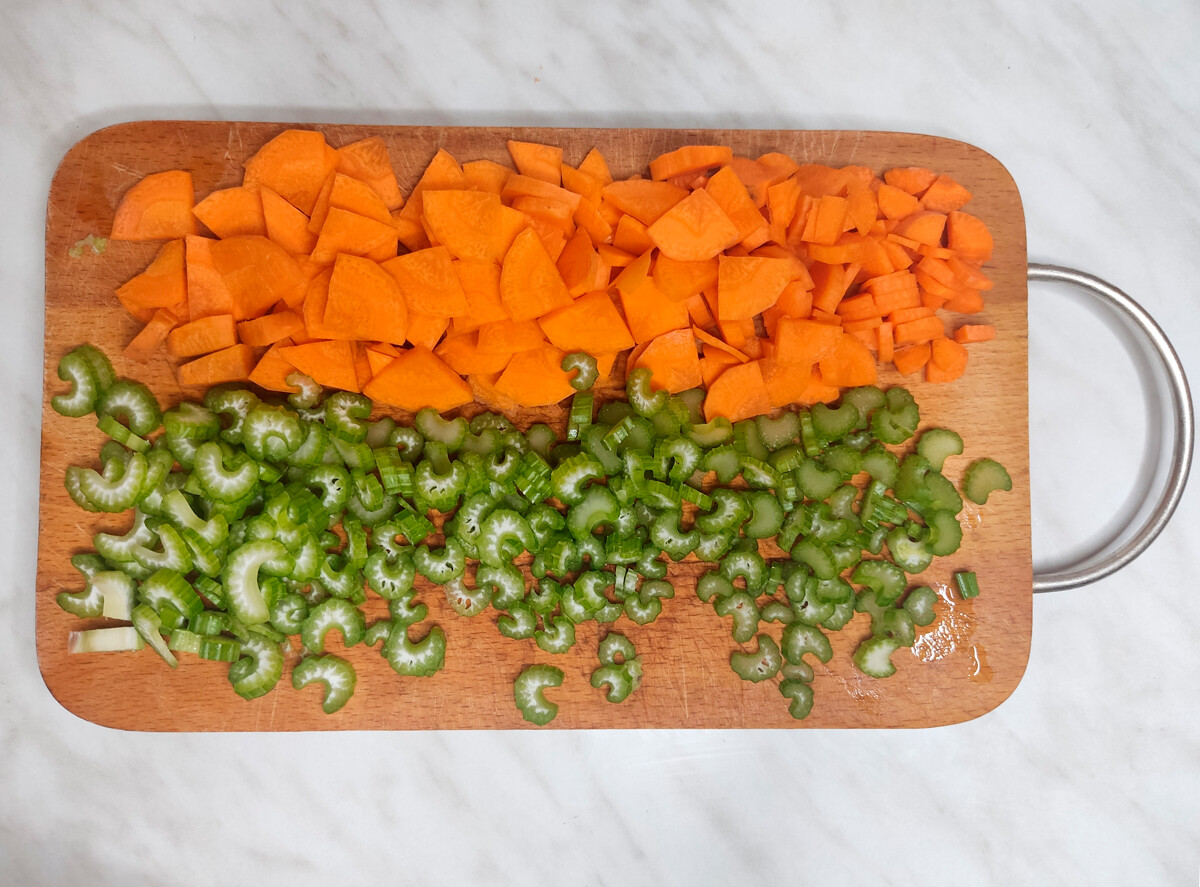 14. Beat the egg yolks with cream and put into a warm but not hot soup, stirring quickly with a whisk. Then heat the soup, but don’t bring it to a boil. 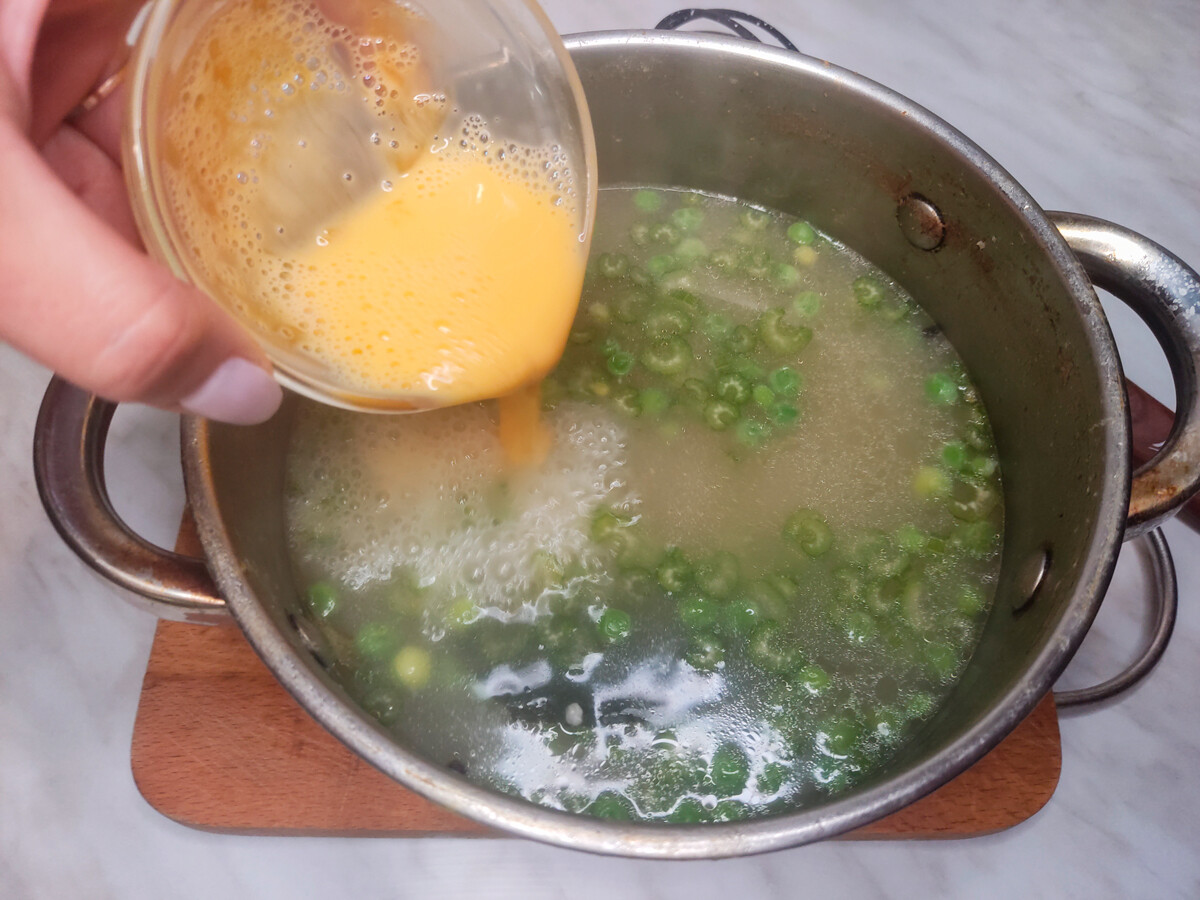 15. Put the smelt rolls and the fish quenelles into the serving plates; fill with the fish broth. 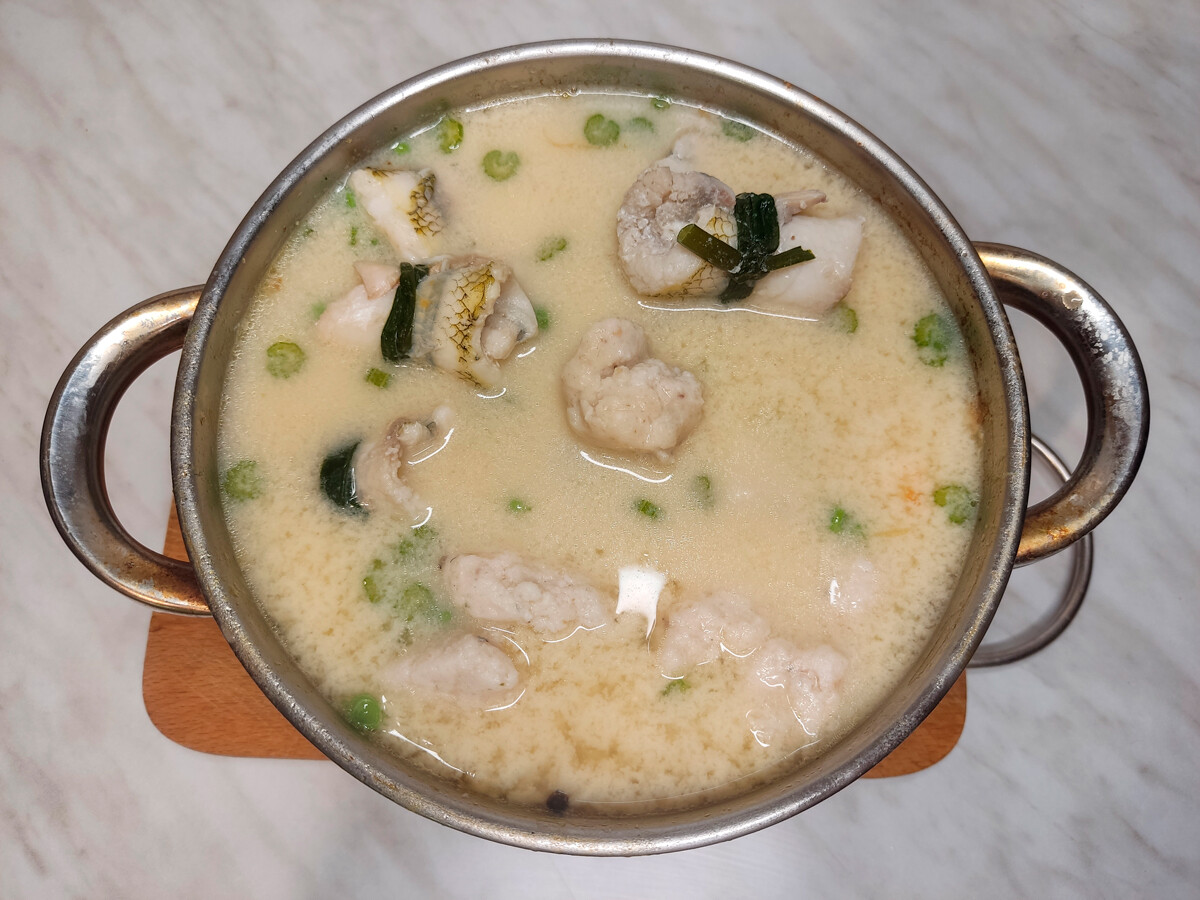 16. Before serving, add some greens. Enjoy this delectable soup from Russian history! 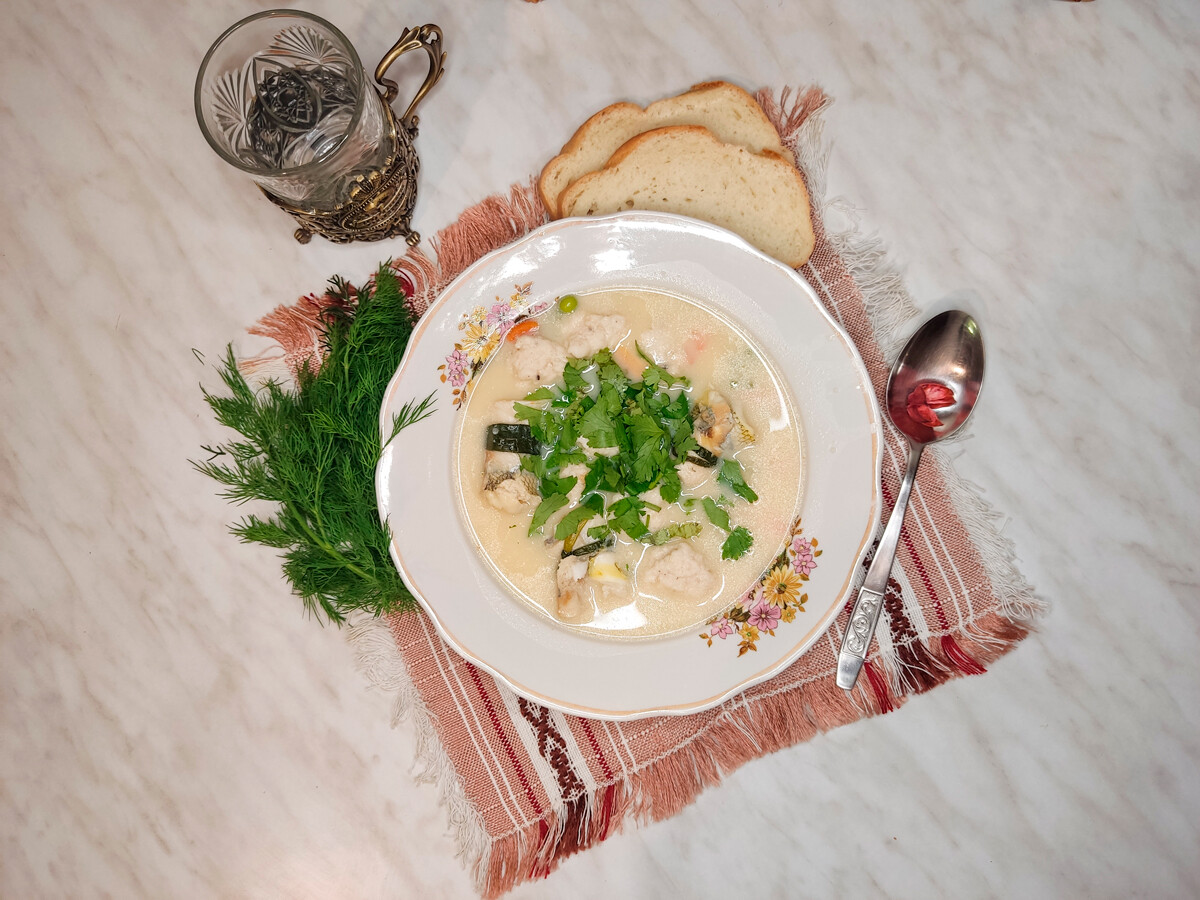