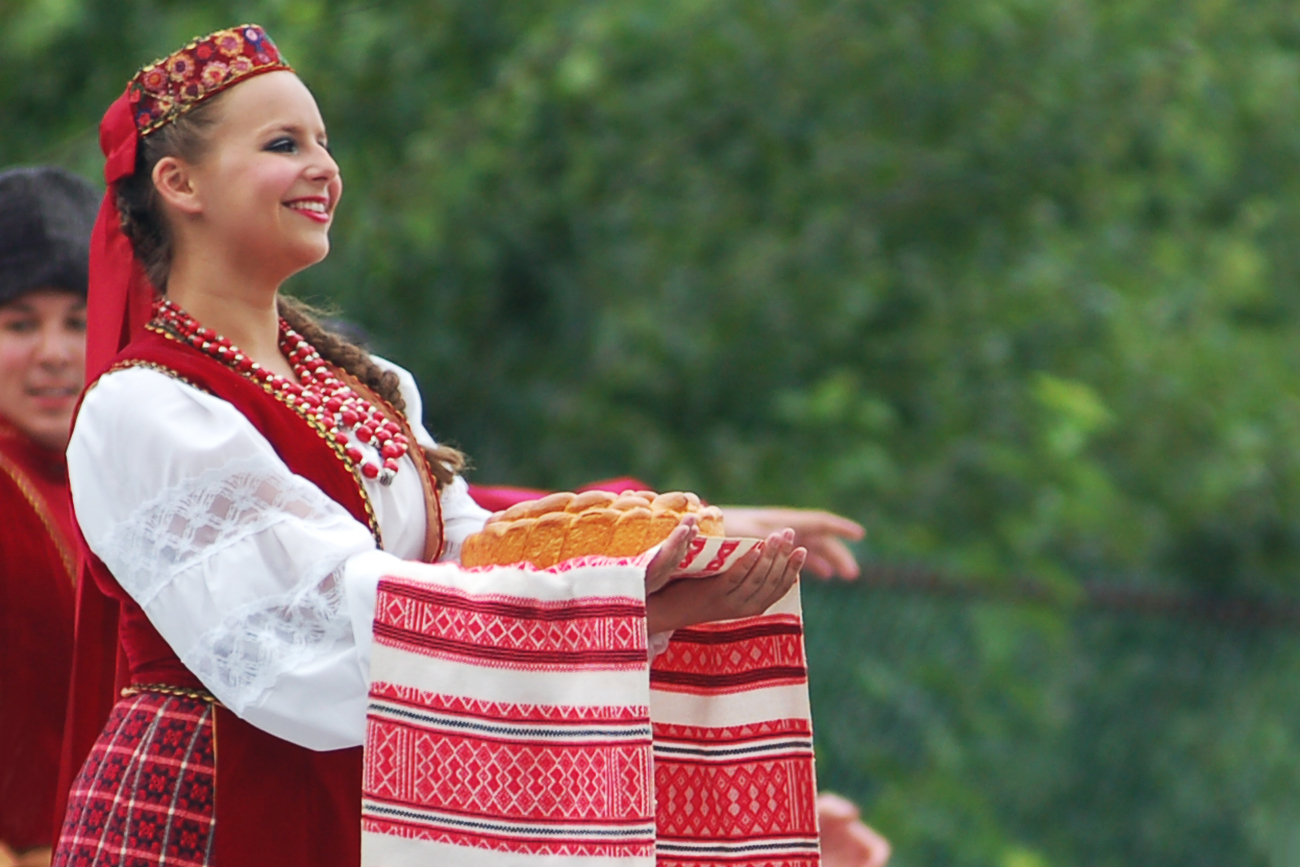 Take a journey around the country's new regional culinary capitals!

Wikipedia
Where do chefs prepare the best pelmeni, the most succulent crab and the tastiest kalach bread? RBTH plots the route for a gastronomic tour of regional cities that have preserved the finest little-known traditions of Russian cuisine. 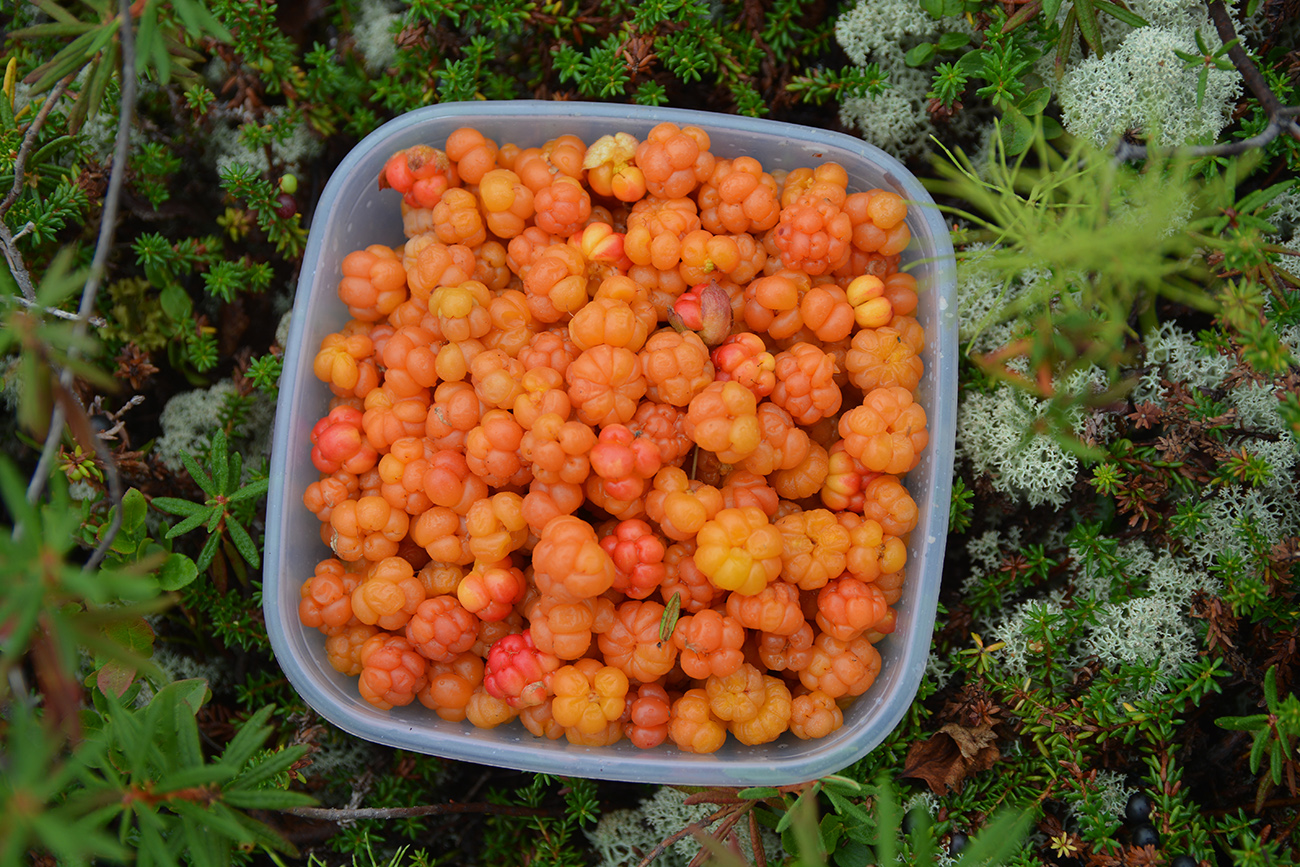 Cloudberry is a northern berry (also called the "northern orange"), and so it's quite expensive in Central Russia. A well-made alcoholic infusion with cloudberries lifts the spirits and acts as a pick-me-up, but doesn't leave you with an aching head the next morning. In addition, it has a very pleasant taste, particularly when honey is added. 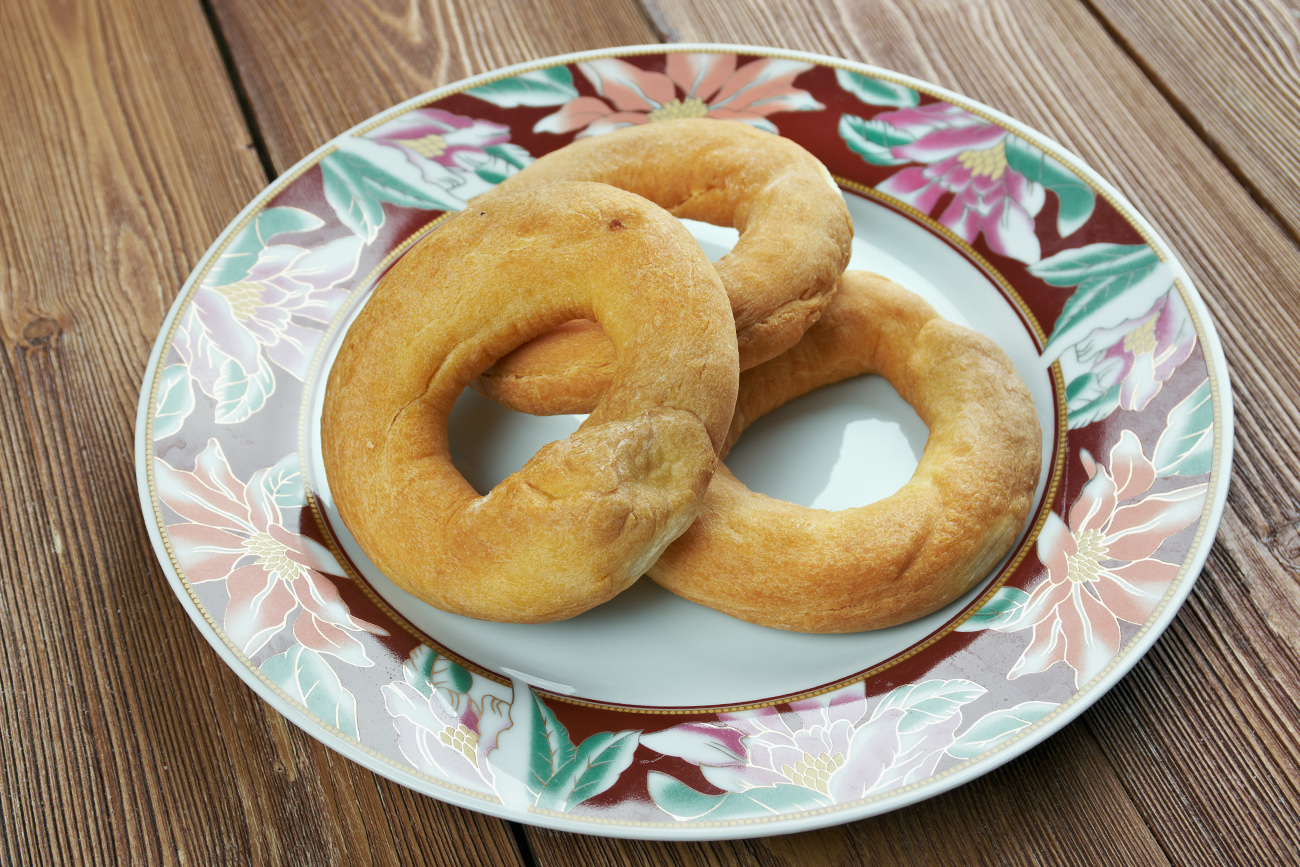 A kalach is a white loaf of bread popular among eastern and southern Slavs, usually ring shaped or with a small opening. The name owes its origins to the Tatar word, kalach, which literally means, "be hungry!" In other words, it was when you wished someone a healthy appetite. Kalach bread was usually kneaded by hand on ice, producing a spongy loaf with large cavities inside. A kalach even adorns Murom's city crest. 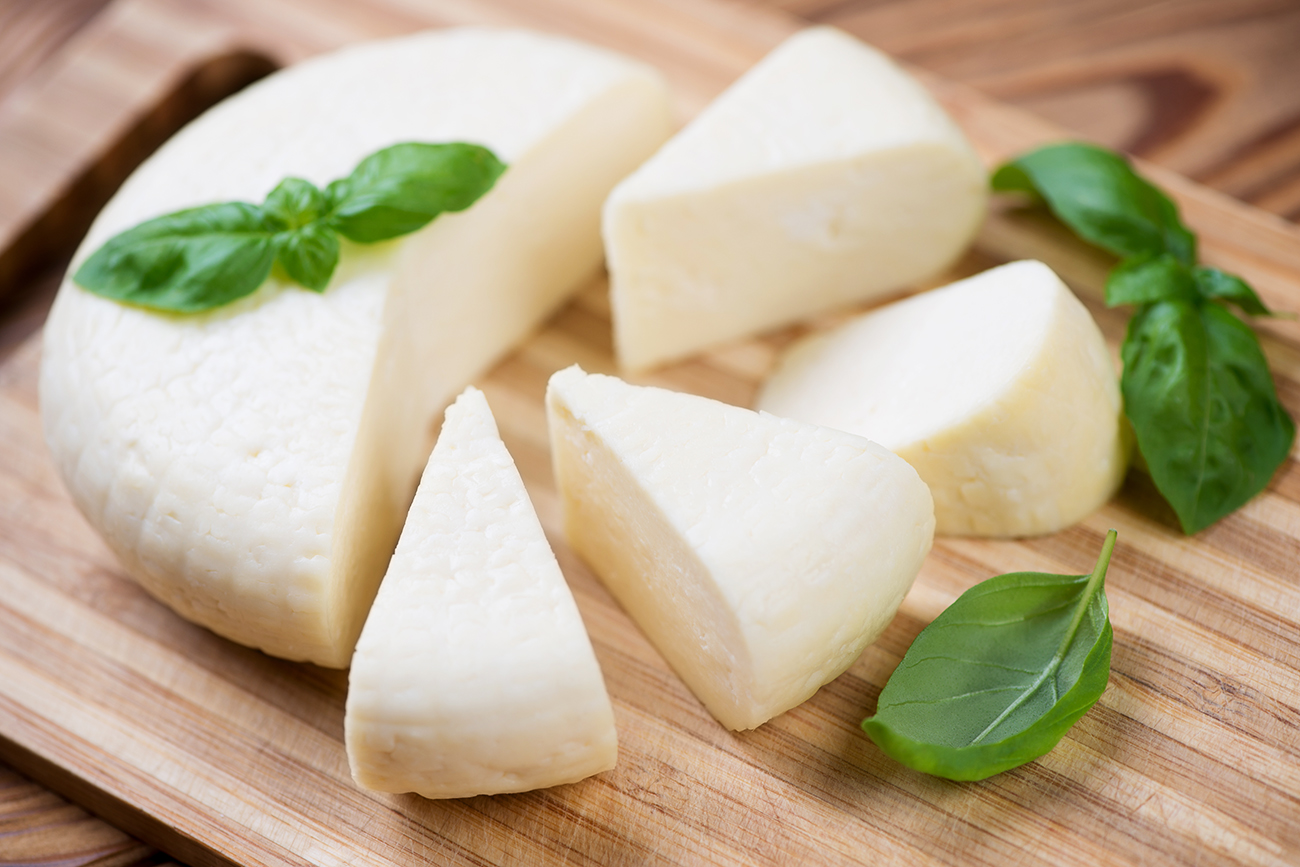 This famous Adygei cheese from the North Caucasus region can hold its own against Italy's mozzarella. It’s a gem of the cuisine of the Circassians (or the Adygs, as this ethnic group is also known), and harks to the legacy of their pastoral way of life. The cheese has a very delicate flavor and is low in calories and very healthy. It’s also used to make the famous Ossetian pirogi (pies), salads, vareniki (dumplings) and khachapuri (cheese pies). It can also be served grilled, and is an excellent accompaniment to wine and fruit. 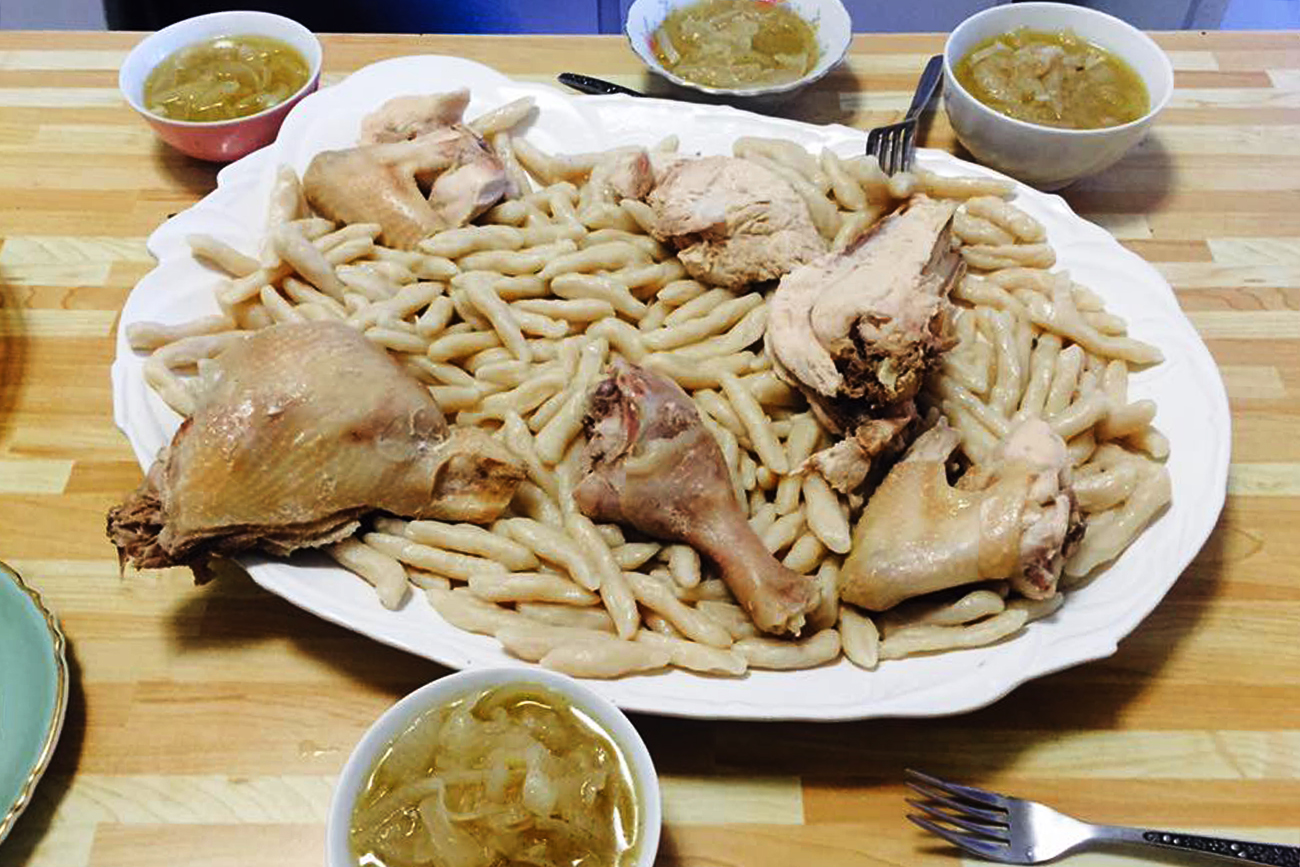 First, a word about the meaning of these two mysterious-sounding words. Zhizhig in Chechen means meat, and galnash is a dumpling of one type or another. Large pieces of stewed meat are served with dumplings, garlic and stock in a bowl. Chechen cuisine is one of the most ancient in the Caucasus region, and a popular local saying goes: "Cook for three and a fourth will have his fill." So make sure you're up to it before ordering! 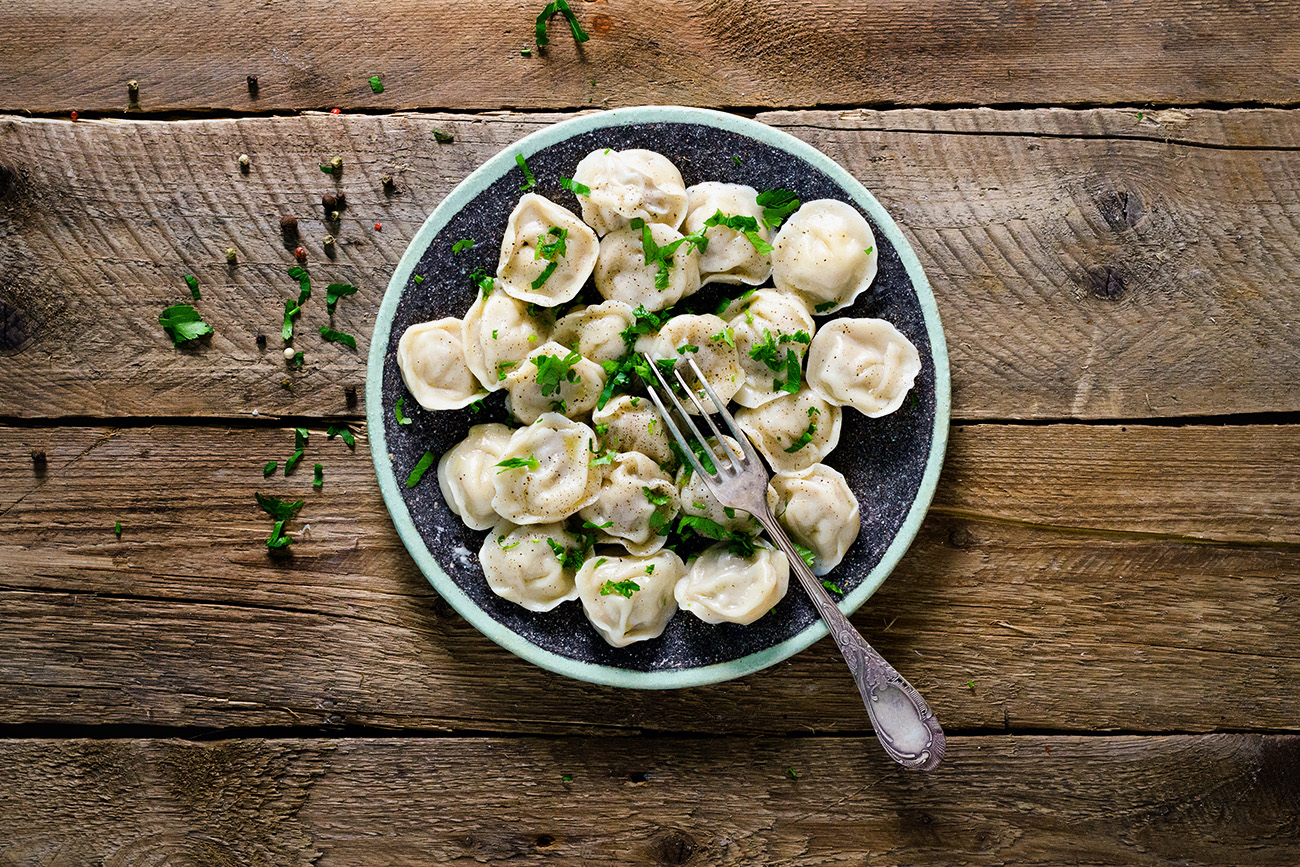 All Udmurt Republic residents believe they live in the homeland of pelmeni (dumplings). True enough, the very word pelnyan (in which "pel" means ear and "nyan" is bread) came from the Finno-Ugric languages. A whole culture of pelmeni making has evolved in the republic and there is even an annual Pelmeni Day in February. 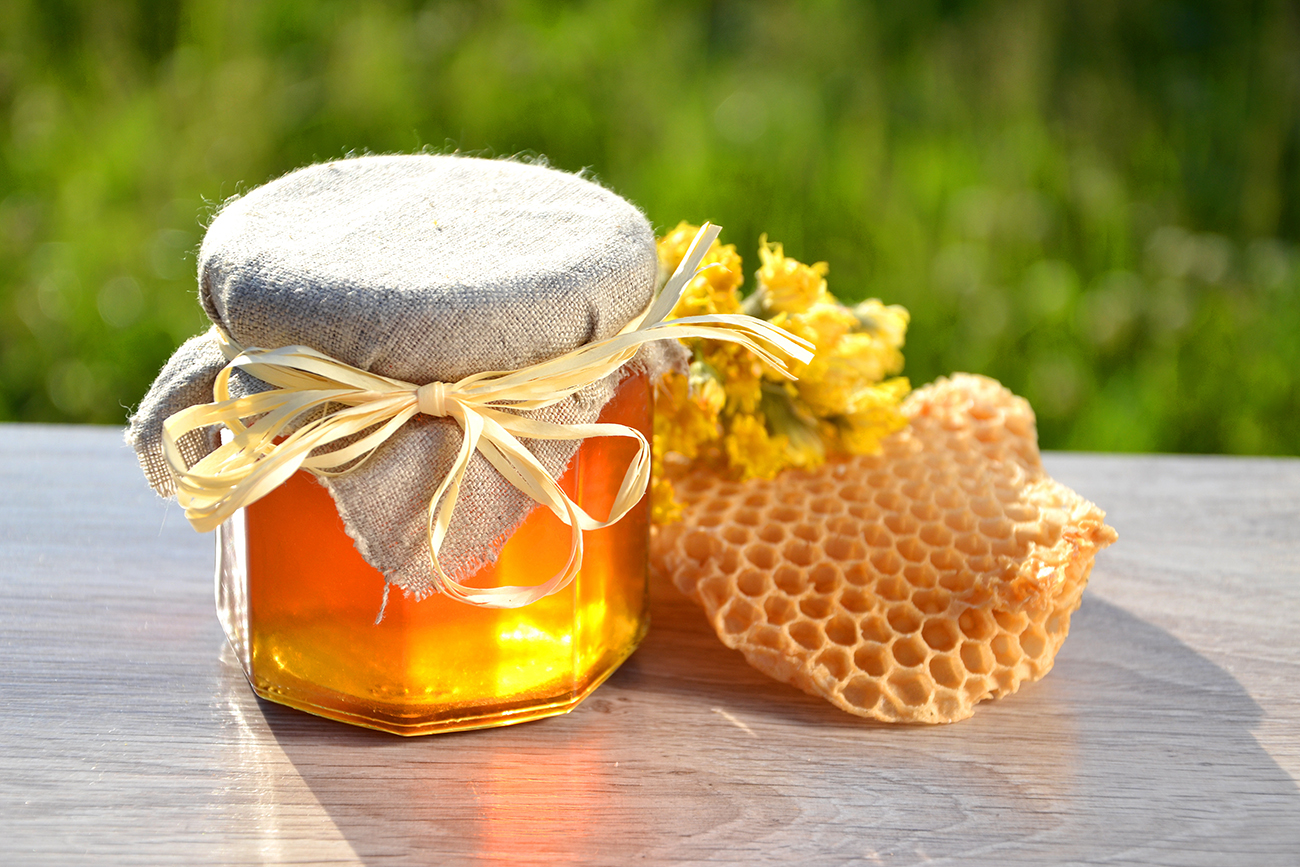 Russians have warm and special sentiments toward honey. We often don't filter it, and eat both pale and dark varieties, as well as honeycomb and bee bread (the pollen collected by bees). Honey from Altai is famous throughout Russia, and it’s packed with useful minerals and vitamins thanks to the mountain terrain and local climate. Both Arctic air and damp warm currents from the Atlantic meet here. Taiga, dry steppes, enormous meadows and blue lakes are all to be found side by side. This ensures that Altai honey is of high quality and extremely pure, as well as very healthy. 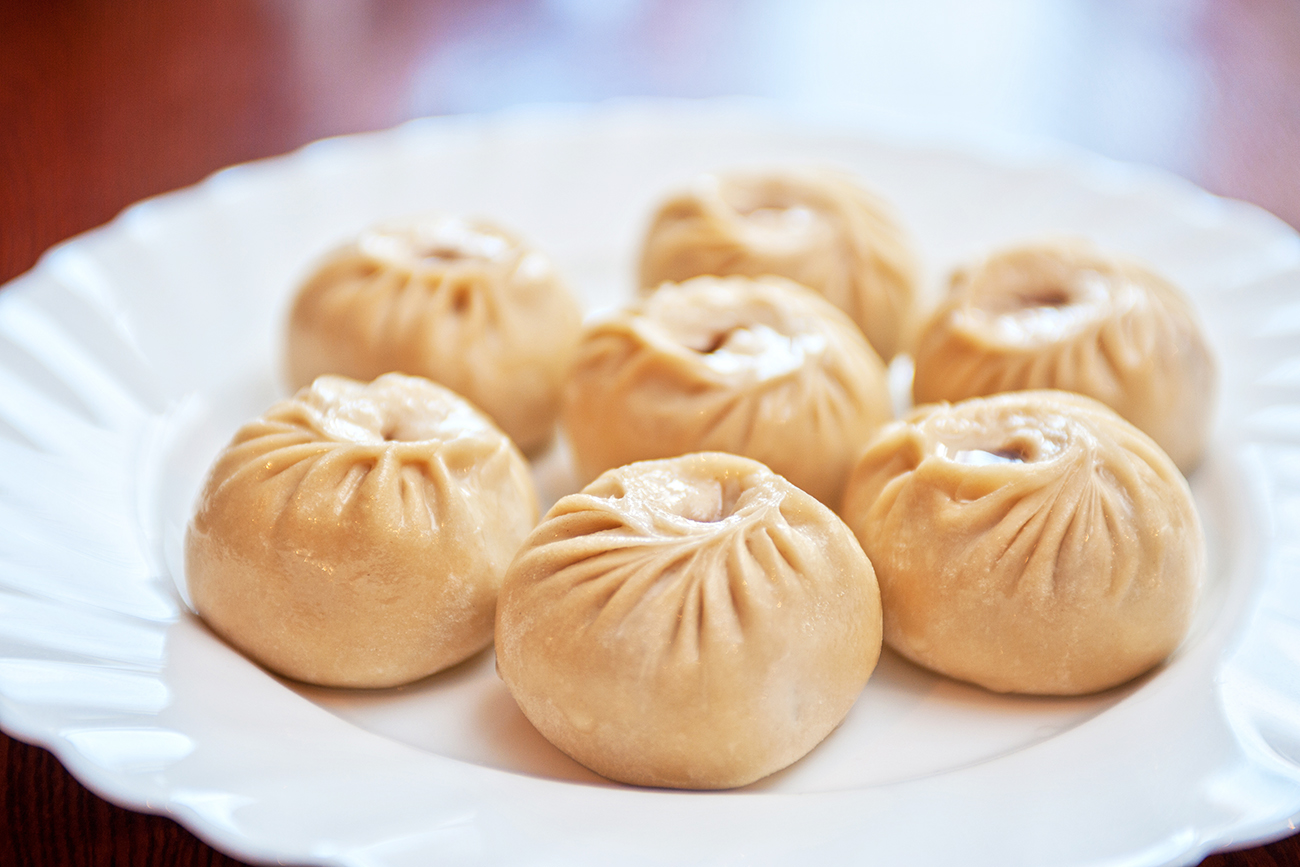 Traditional nomadic cuisine survives in the far corners of Buryatia. The republic's national dish is similar to pelmeni, but much larger in size. Mongolian-Buryat buuzy are made of unleavened dough and, in line with Buddhist tradition, they have precisely 33 folds on top. According to the classic recipe, they are stuffed with chopped meat and wild leak from the Buryat steppes. 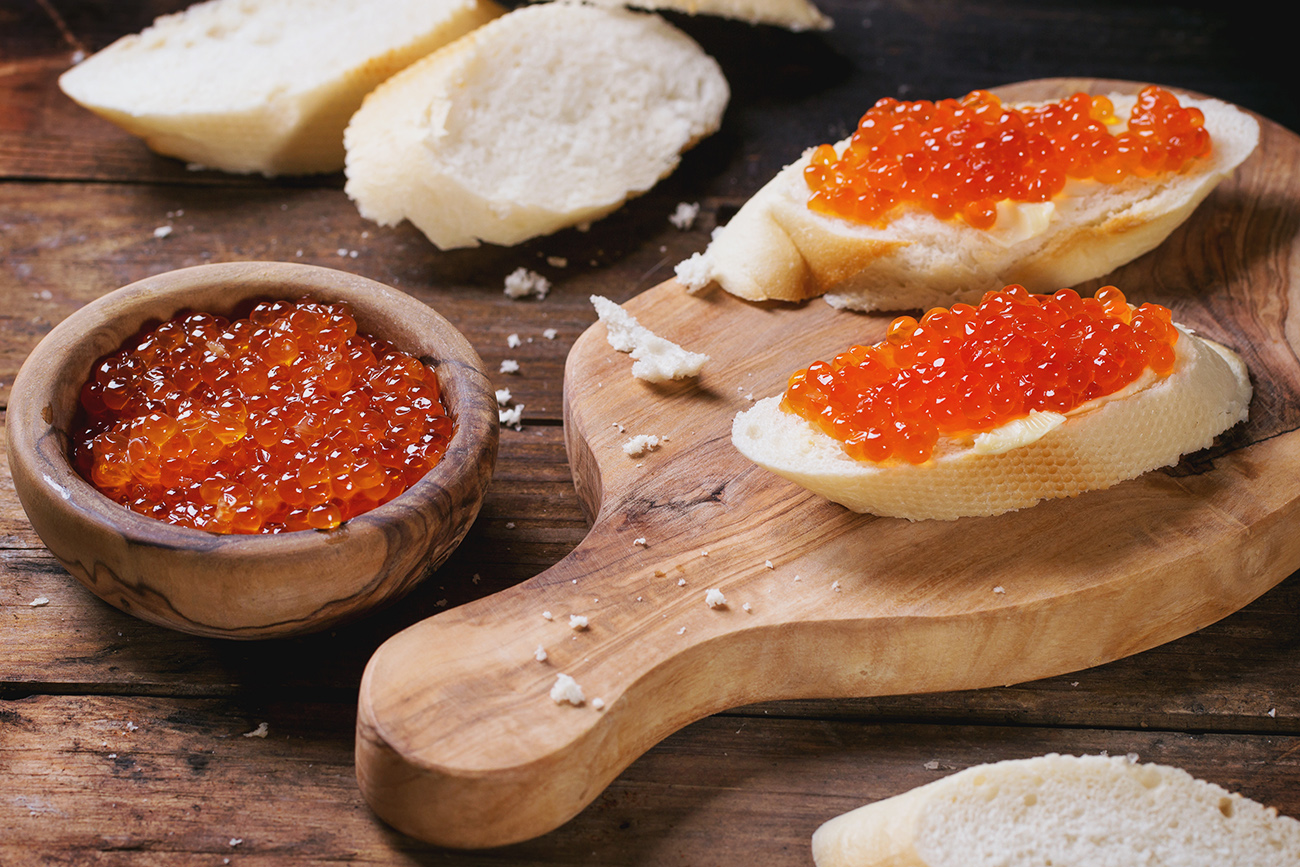 The island of Sakhalin is a place where you can buy red caviar, or salmon roe, of any hue and flavor rather cheaply (although the cost of airfare to get there will set you back a bit!). It’s an interesting fact that the southern Russian word, kaviar, from which the English word, caviar, is derived, originated from the Turkish, haviar. But it never caught on in Russia. An indispensable feature of any New Year's Eve meal is white bread, butter and red caviar. A rare delicacy - sea urchin roe - can also be sampled in Sakhalin. 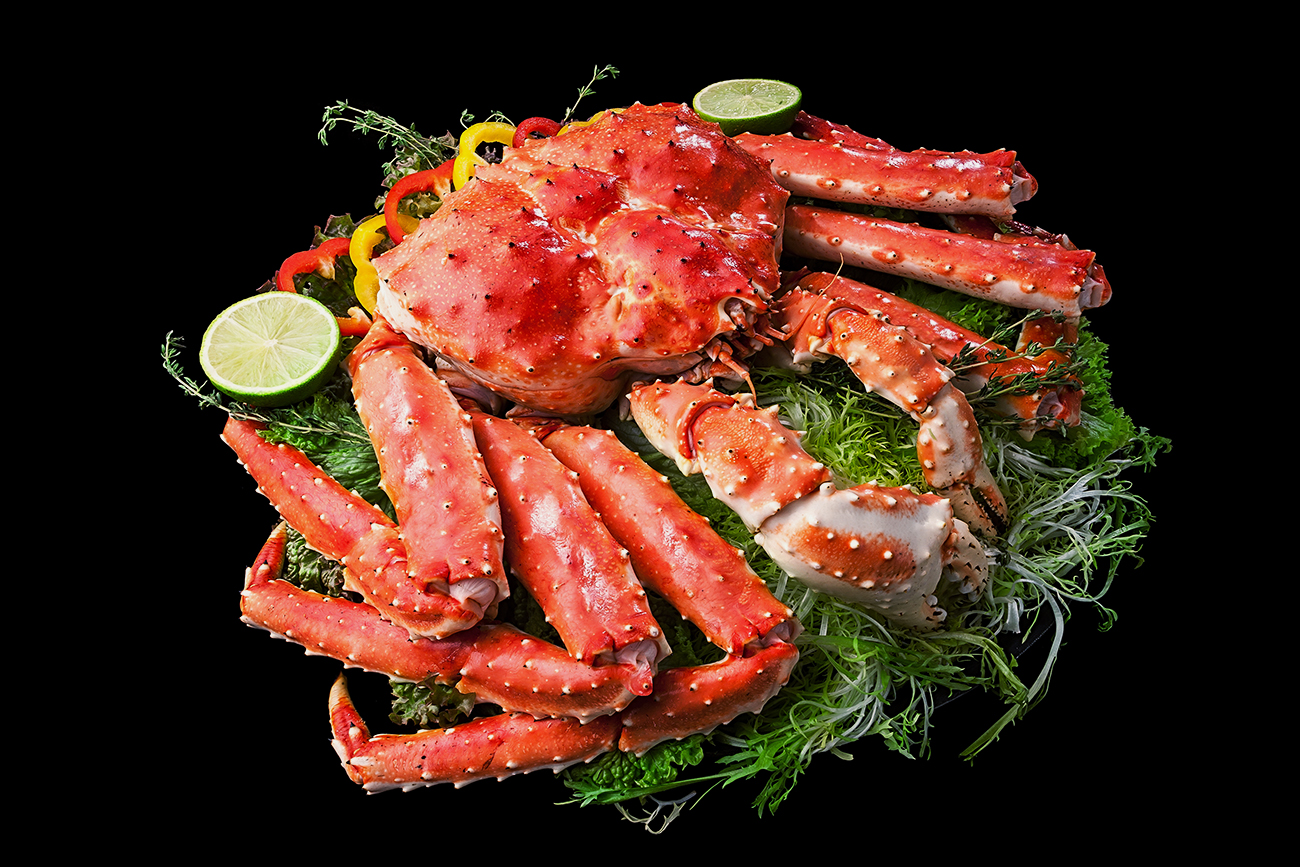 The best crab is caught off the western shores of Kamchatka, and in taste and quality it's comparable to lobster. Dishes made of the amazingly tasty, healthy and low-calorie meat of the Kamchatka crab are now increasingly рopular in Moscow. It's used for salads, soups, starters, fishcakes and cold soups. It's no surprise that Kamchatka crab is called king crab; it can reach one meter in size.