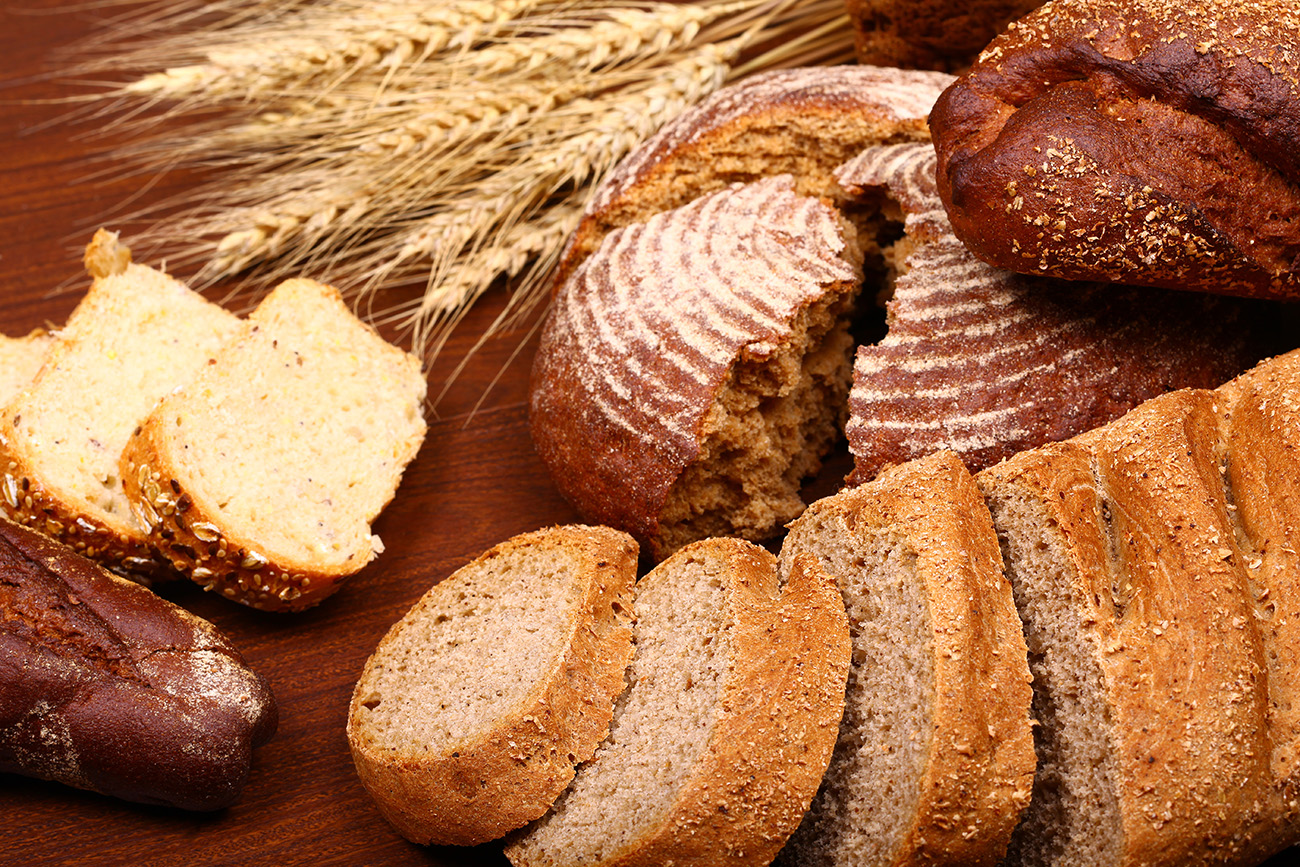 There's so much more to ‘Russian’ bread than you think!

Legion Media
Throughout Russian history bread has always held a special place on people’s tables. For most Russians it had a sacred meaning, from the ritual scones of ancient Rus’ to the stale crumbs of besieged Leningrad. Life in Russia would have been impossible without bread, and the different types of bread are as varied as life itself. Here’s our small list of the most important ones. 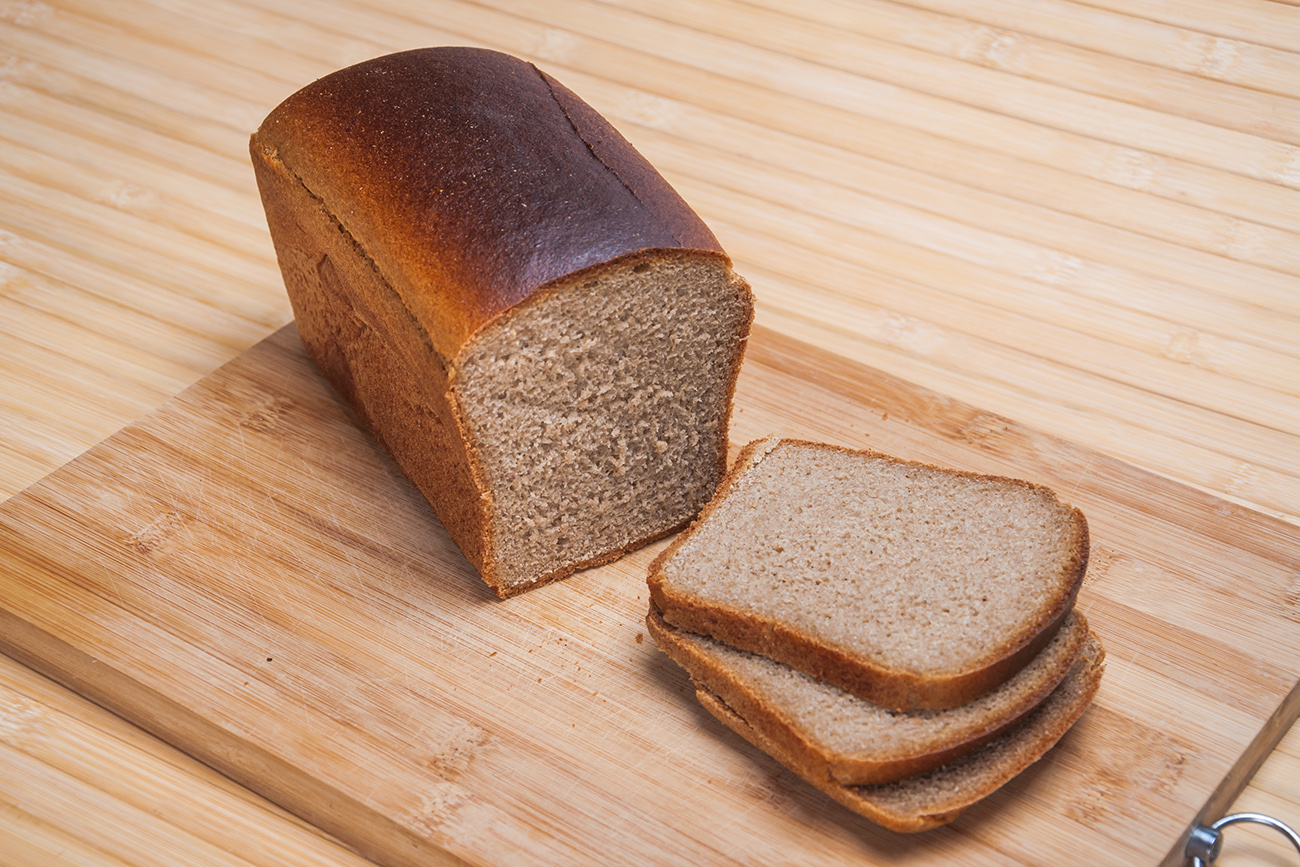 We’re starting with one of the youngest types of bread, created in 1930s Leningrad. To bake Darnitskiy, or simply ‘the black bread,’ you need a mix of rye and wheat flour; yeast is not used, but rather zakvaska - leaven. This unique recipe is not only delicious but also makes Darnitskiy one of the least-calorie breads. Rather oddly, the original technology states that flour used for making Darnitskiy bread should not be of the best quality because in this case, it’s too soft and fine-ground. In Russia it is often simply called, ‘black bread,’ although its color can definitely be called grey, not black. 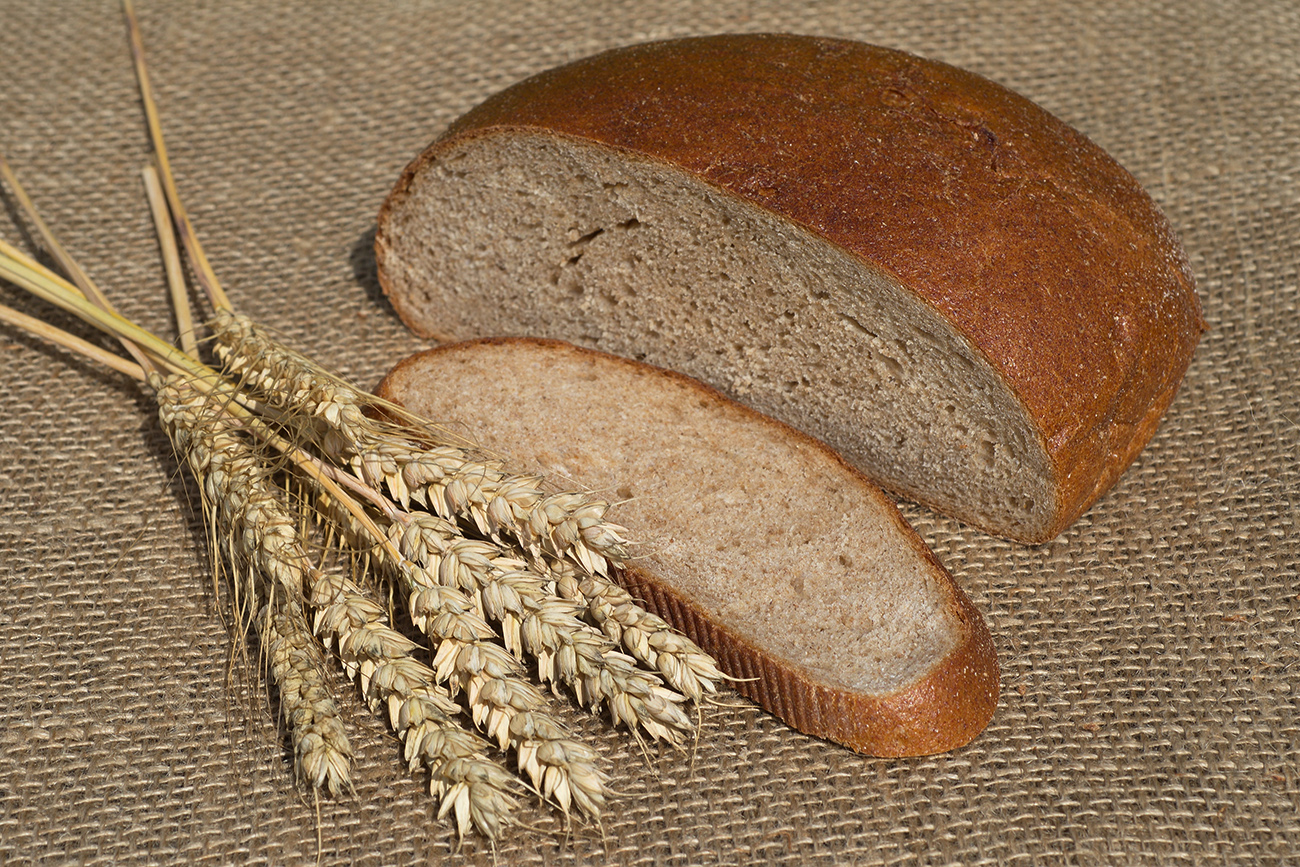 Rye bread has always been much more affordable than that made of wheat; it was easier to grow rye in the harsh Russian climate. This bread derives from the very heart of Russia, Moscow itself, and its name is Russian for ‘capital.’  Round and sour sweet, Stolichniy has a tender crust and a delectable fine pored soft center. And there is an Easter egg: the usual loaf of Stolichniy is much more than that of other common types of bread, and you can use this feature when swearing to eat only one loaf of bread and nothing more. 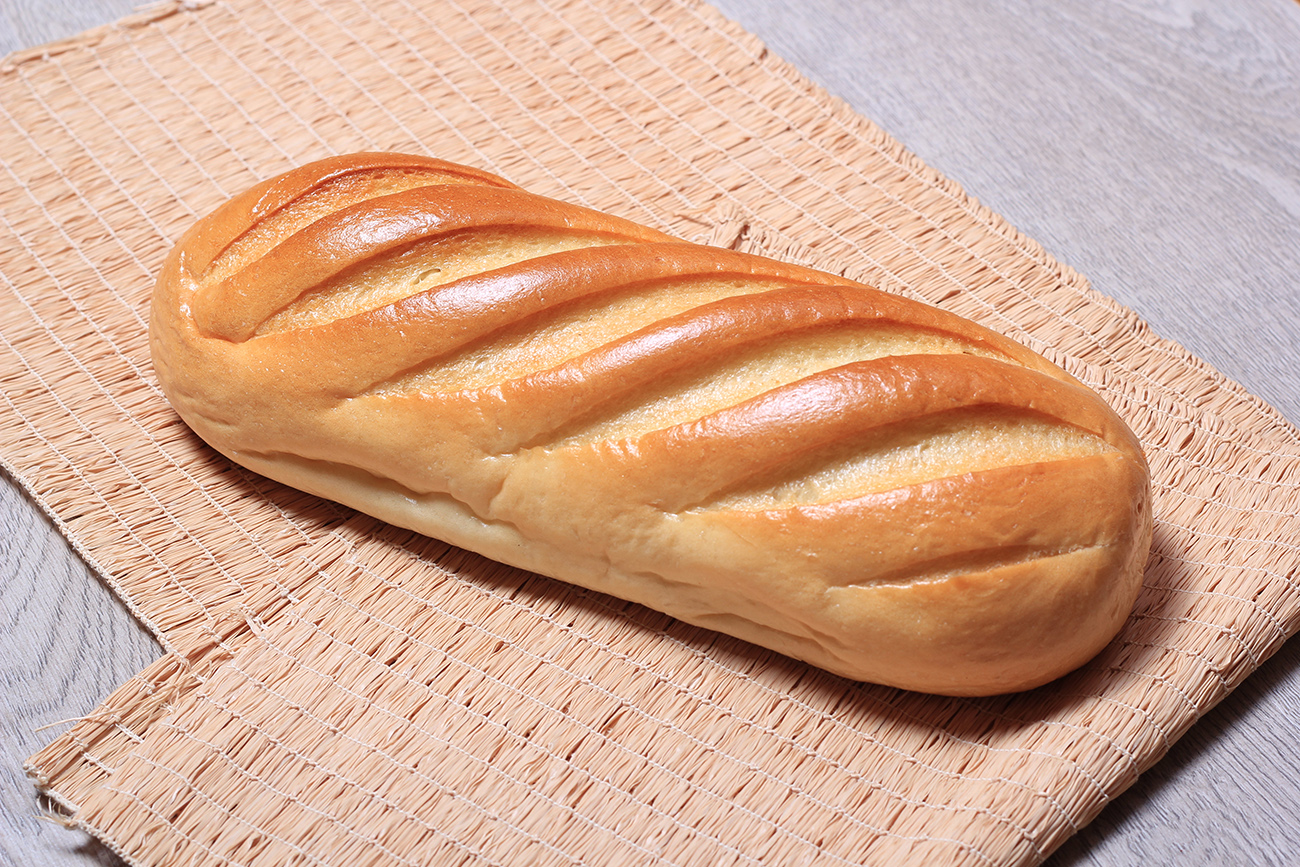 This is the second most common type of bread in Russia (although its name is a matter of disagreement between Moscow and St. Petersburg, where it’s called bulka), but this one is made of wheat, and often called simply ‘white bread.’ One can always recognize nareznoy baton by its top, specifically decorated with large notches. It also has remarkable parts: gorbushki, the very ends of the loaf! Wheat baton is the most typical for making buterbrod, the Russian sandwich, which also corresponds to its name: ‘nareznoy’ derives from ‘narezat,’ ‘to slice.’ 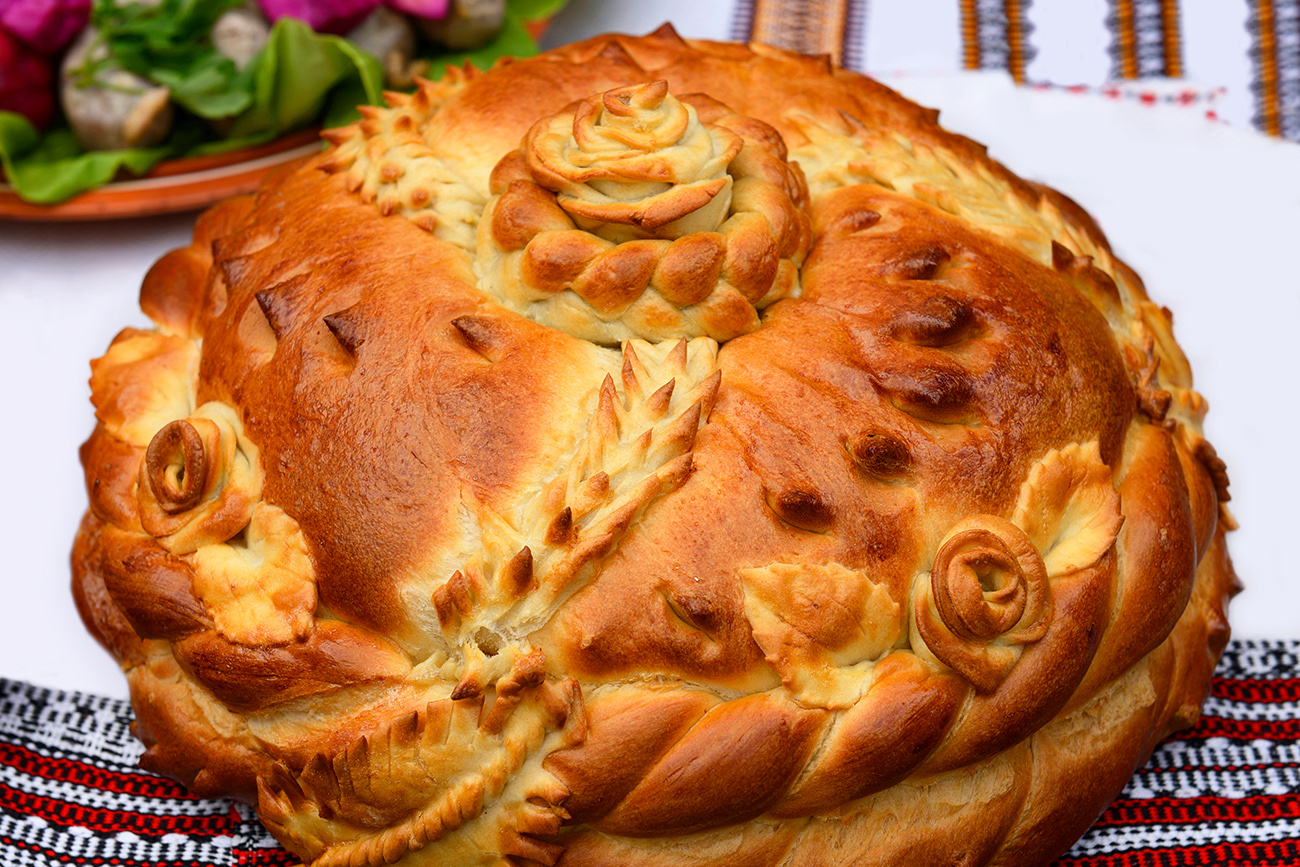 This kind of bread continues to have a ritual meaning up to our days, and is an essential part of weddings and funeral ceremonies. Karavai depicts an ancient proverb ‘hleb-sol’,’ bread and salt. Unfortunately, it is often not finished to the last crumb because the rituals oblige one only to take a nibble, and nothing more. A great pity because it’s usually stunningly beautiful, decorated with sculptured and baked flowers, as well as branch woods and swags. And it’s round, of course, harking to the olden days of numerous ritual symbols depicting the sun. 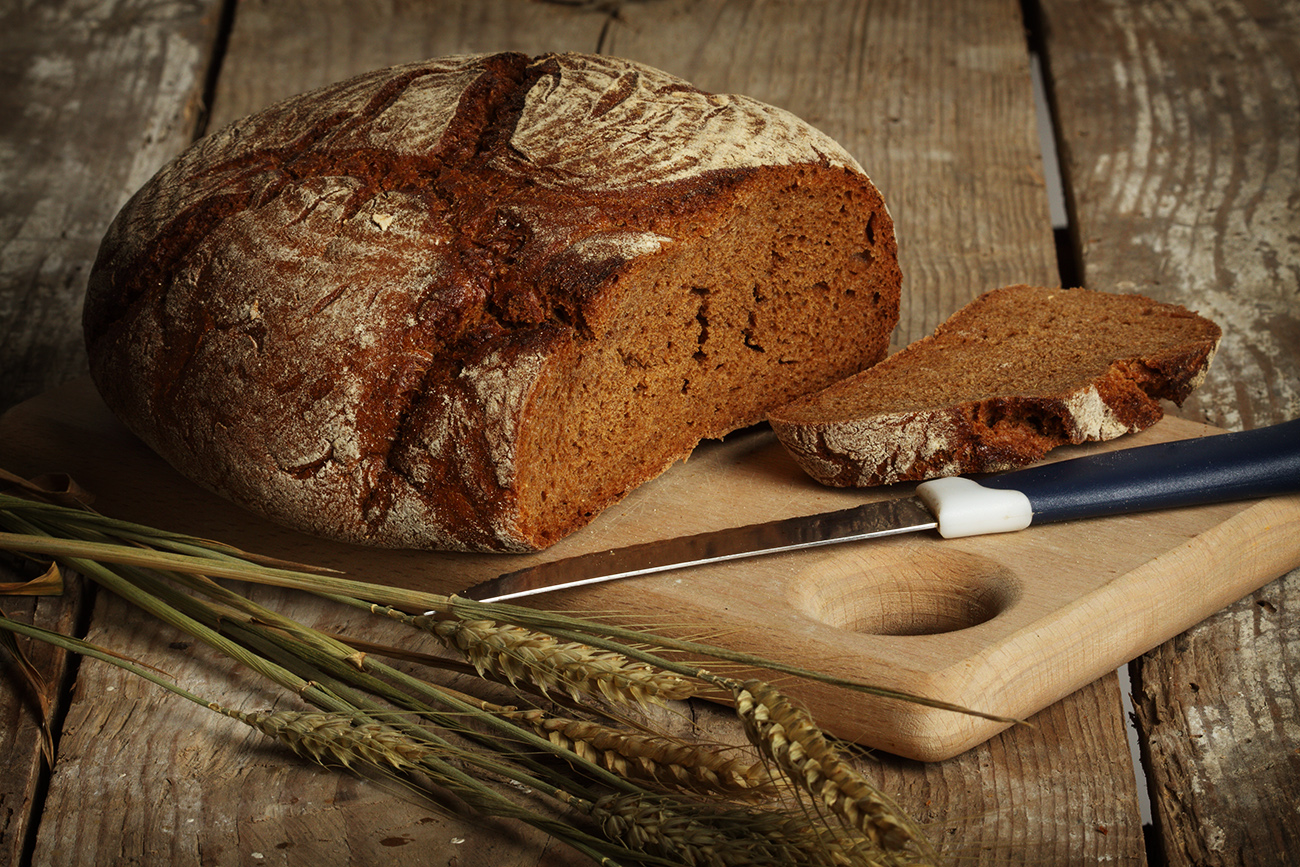 Monasteries tend to be some of the most prolific and qualified bread producers in history, and so it’s no surprise that ancient zavarnoy originates in the monasteries. The unique baking technology means that neither yeast nor leaven is used, but rather a special zavarka, or brew. This bread also has the unexpected quality of remaining fresh for a surprisingly long time without becoming stale. Malt in the recipe gives it the peculiar sour sweet taste and delicate flavor. 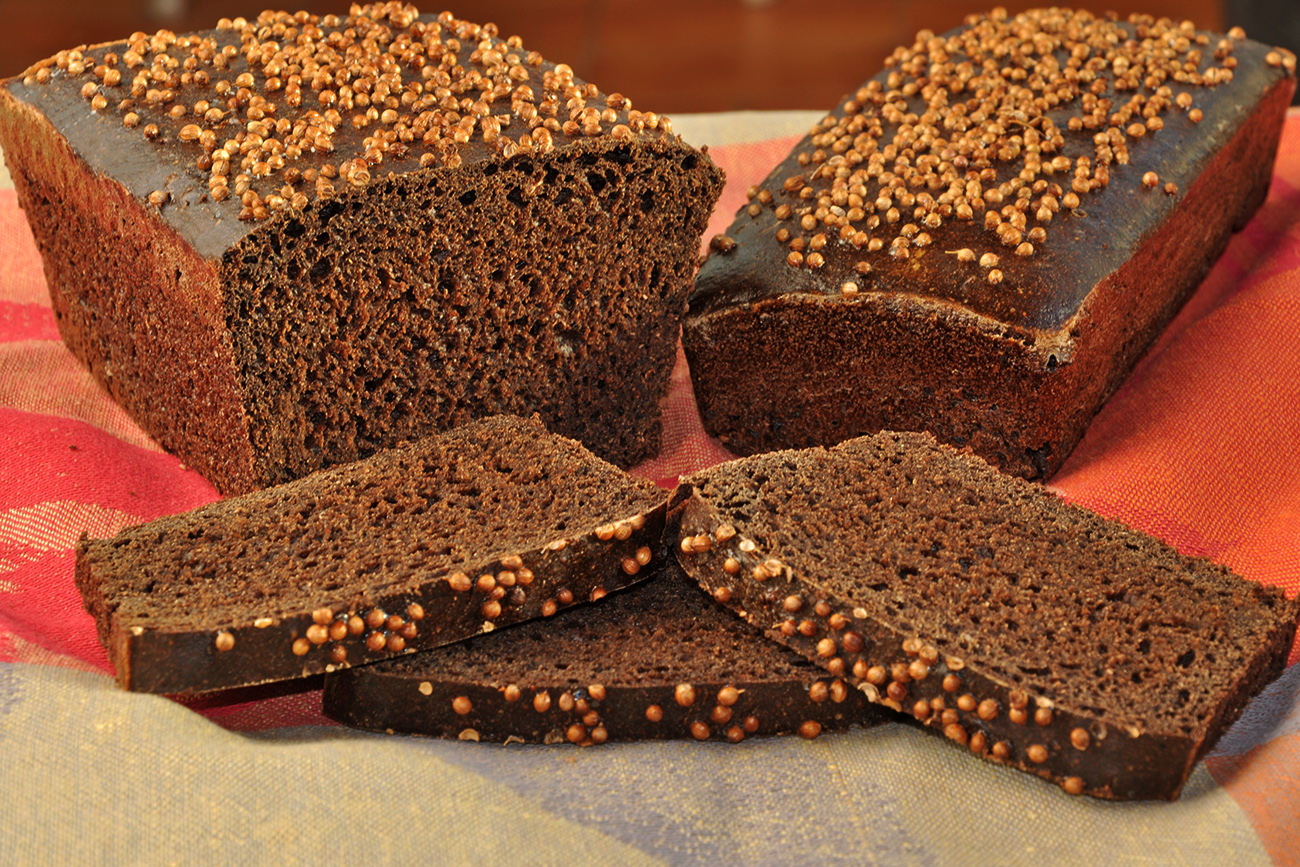 This is the most mysterious type of bread in our list, and no one is completely sure of its origin. The most popular version states that its name derives from the Battle of Borodino where brave General Tuchkov was killed, and his body not found. His widow built a monastery on the supposed site of his death and later became the abbess. Borodinskiy bread began here in this the monastery bakery.

One thing is known for sure: Borodinskiy’s crust is topped with coriander. 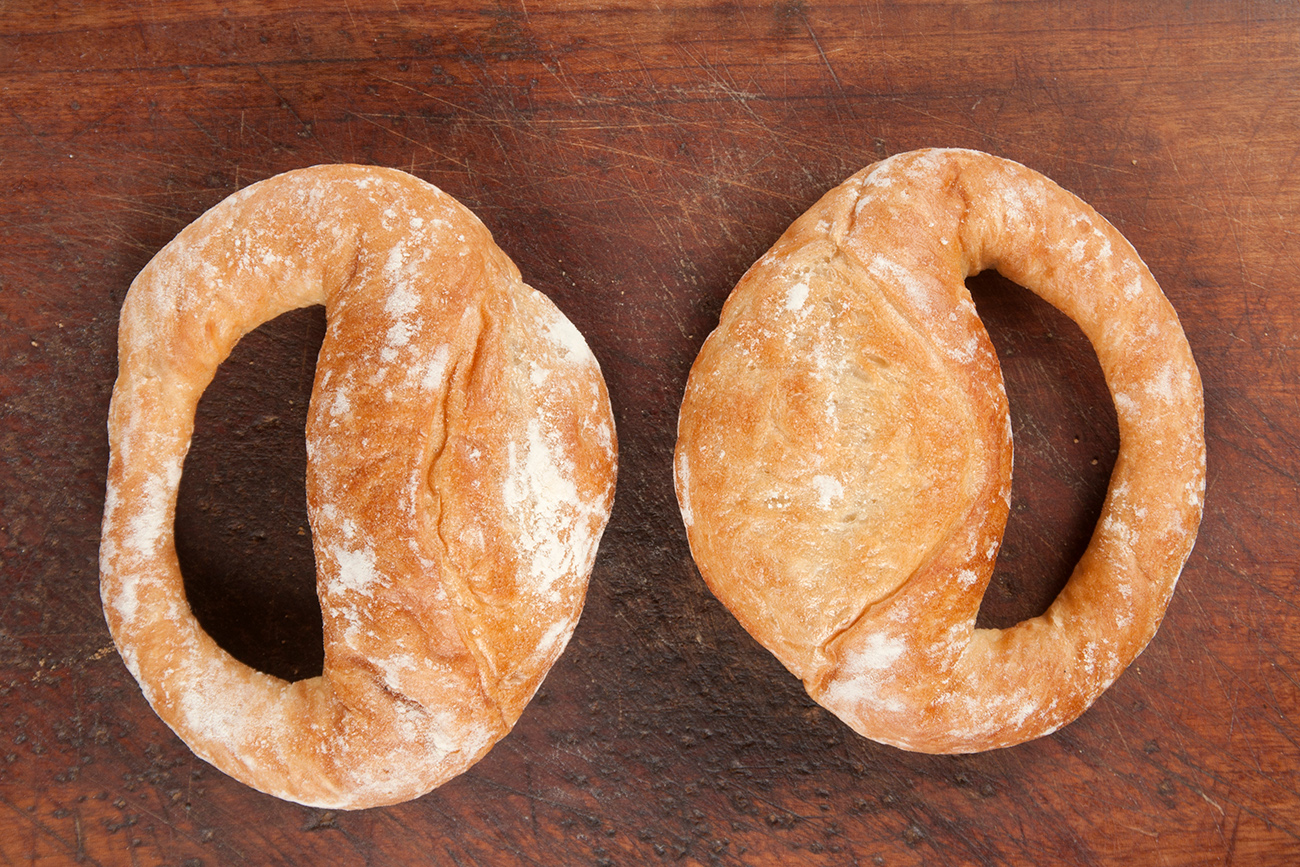 Some say it is not bread at all but rather a kind of bun. That’s not quite right, and you should compare kalach not to the modern loafs but to the ancient karavais. Kalach, with its rich history, dates back centuries and fits that list perfectly well. Since it’s very ancient, there are some traditional points in the recipe. It is the only kind of bread that can be carried with your bare hands so easily, and the only kind that has its own belly!