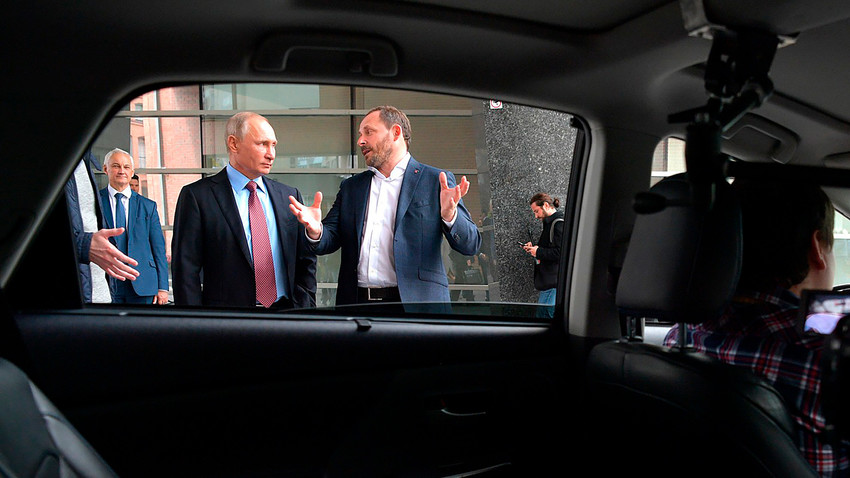 Kremlin.ru
Russian media have made conflicting reports, with some talking about an anonymous call threatening the Moscow offices of Yandex with a bomb, while others report merely a fire alarm going off there. But one thing is for certain – an evacuation of Yandex headquarters started a few hours after the departure of President Vladimir Putin, who was attending ceremonies to mark the company’s 20th birthday.

Shortly after President Putin left Yandex headquarters, employees were evacuated from the building. Yandex representatives told media that the fire alarm went off, but TASS reported that the true reason was an anonymous call threatening that a bomb had been planted in the company’s office.

Before Putin’s visit, media reported that Yandex headquarters had tightened security measures in cooperation with the presidential administration and the Federal Security Service (FSO), and a rehearsal for the presidential visit had been conducted.

Yandex employees were advised to keep to an informal dress code– which they faithfully followed, appearing before the president in jeans and t-shirts – and to abstain from driving to work because the company’s parking lot was to be sealed by security services upon the president’s arrival.

Other precautionary measures included jamming cellular and Internet signals, but it did not seem to affect any of the company’s services when the president was testing them.

By the time Yandex headquarters was under evacuation, the president had already left the site. Nevertheless, if a call threatening Yandex with a bomb did take place, it’s bound to attract the attention of the FSO, which is responsible for presidential security, including during the Yandex visit.

Putin and the self-driving car

Despite the unexpected evacuation, the president’s visit to the headquarters of Russia’s main rival to Google was successful and went according to plan. The most intriguing moment came when the president examined the company’s self-driving car, a prototype of which was unveiled on May 30 and billed as a self-driving taxi. 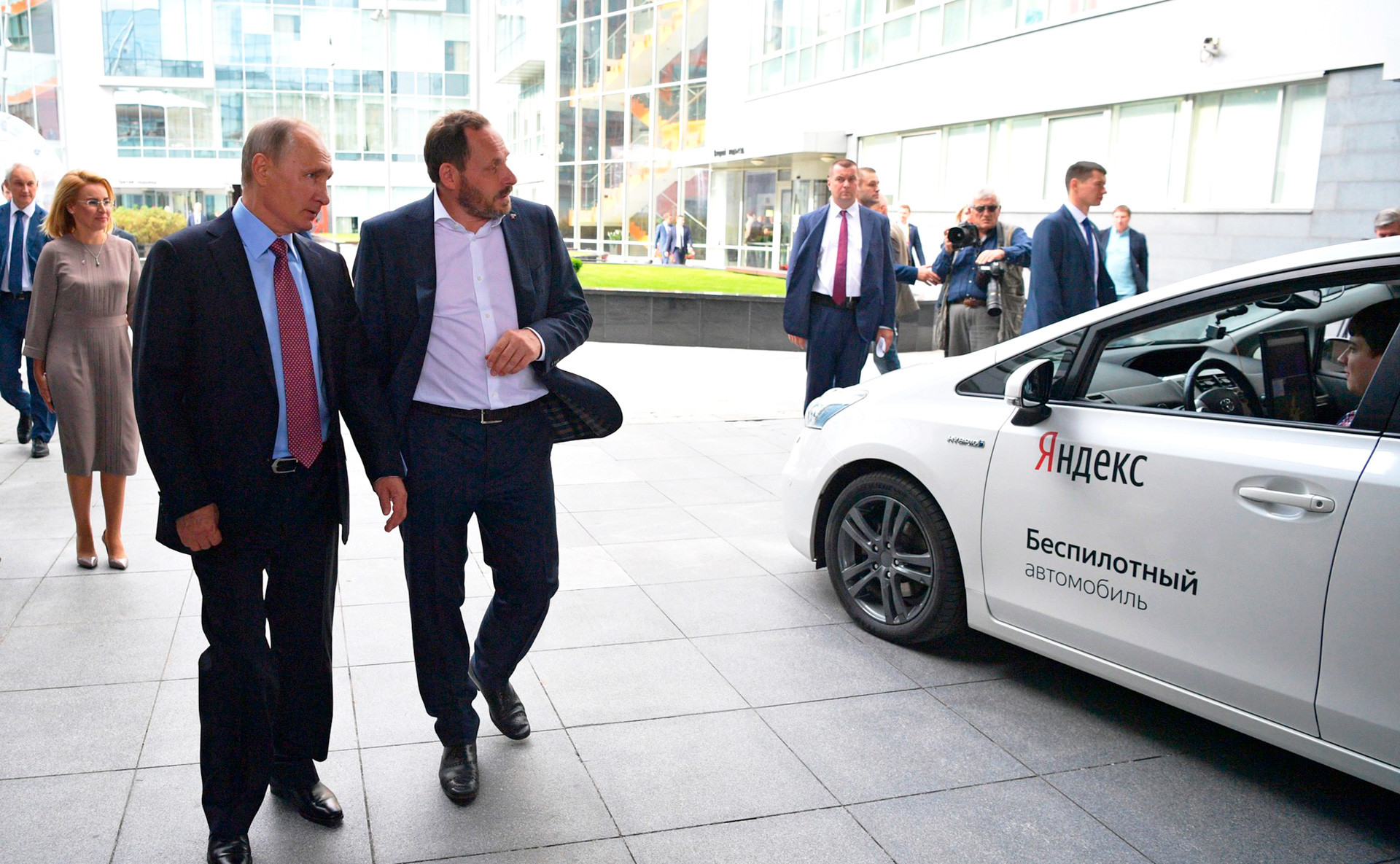 There was a demonstration of a white Toyota that picked up a passenger, drove through an obstacle course and around pedestrians, and then avoided another car.

Critics, however, noticed that movement of the steering wheel seemed unnatural: rotating feverishly non-stop. Even though it didn’t impact the car’s smooth performance, the wheel’s feverish rotation left an impression that the prototype must be modified before it could drive on Russian roads.

Putin did not ride in the car, but he stood beside it as it began to move. The car demonstration proceeded without any problems, though initially the media discussed the possibility that the FSO’s jamming equipment used to block cellular and Internet signals might disrupt the car’s signal.

President Putin was also among the first users to test Yandex’s new search engine, which aims to revolutionize the way information is found online.

The system’s main feature is its ability to search and show results based on the particular meaning of each individual search, and not on the precise wording of the entry.

Yandex employees showed the president another innovation, which is scheduled for release on Oct. 10. The artificial intelligence voice assistant, “Alice,” is based on neural network technology, learning each time it’s talked to. 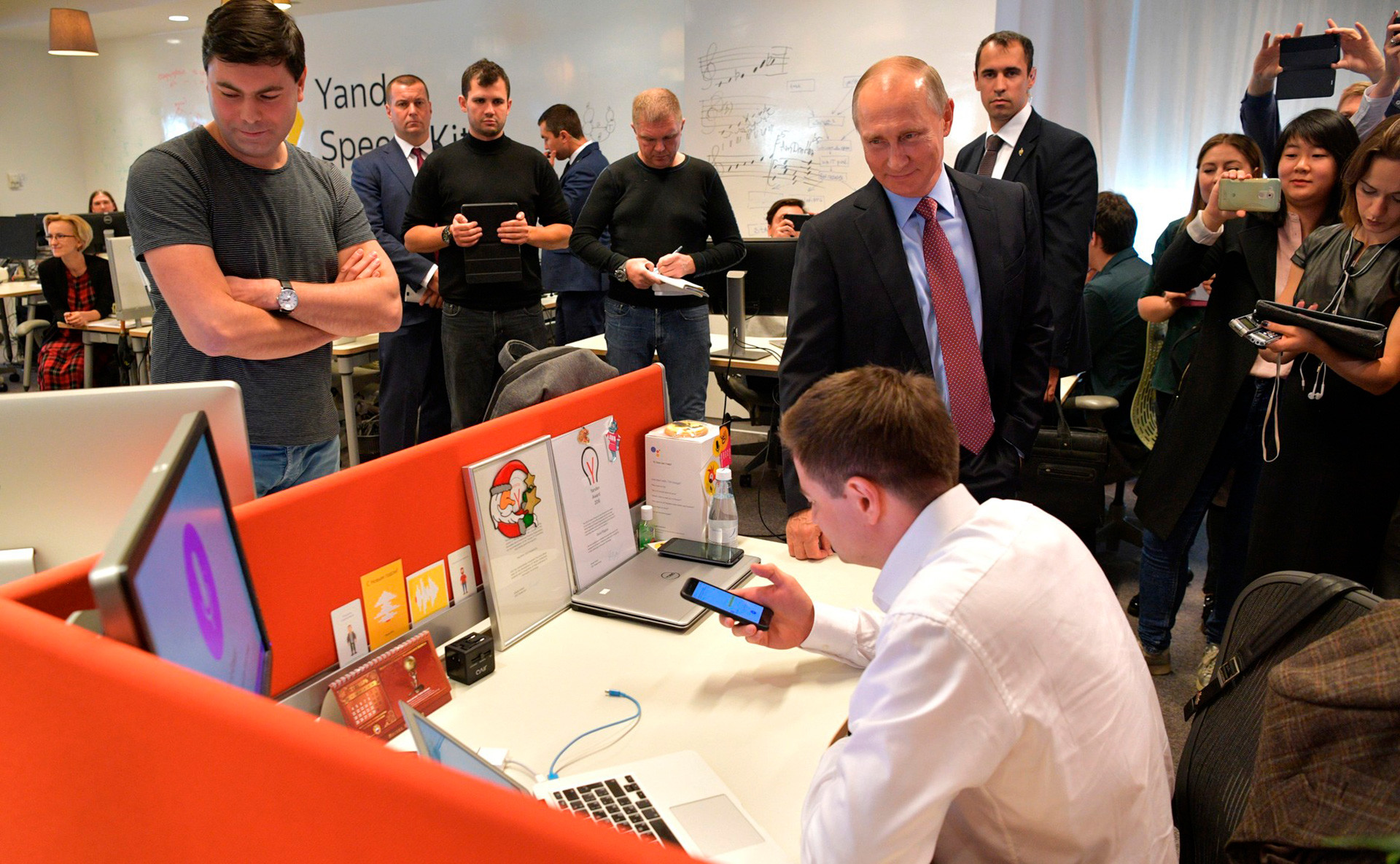 “She does not merely answer questions; you can have a dialogue with her,” said Yandex CEO Arkady Volozh.

Alice, who is taught using Russian classic texts, along with modern Twitter entries – just like a child learns both in school and on the playground – talked to Putin about the weather and her hobby – surfing the Internet for cat images.

On his next stop, Putin examined Yandex’s online medicine experiment: 25 human doctors consult Yandex users on various matters, from childcare to treating an appendicitis. A Yandex employee told the president that the company’s experiment has saved the lives of patients who were initially unwilling to call emergency services.