A robot in Moscow learns to paint like Monet

Science & Tech
Maria Grigoryan
And also involves several thousand passersby in the creation of a masterpiece. 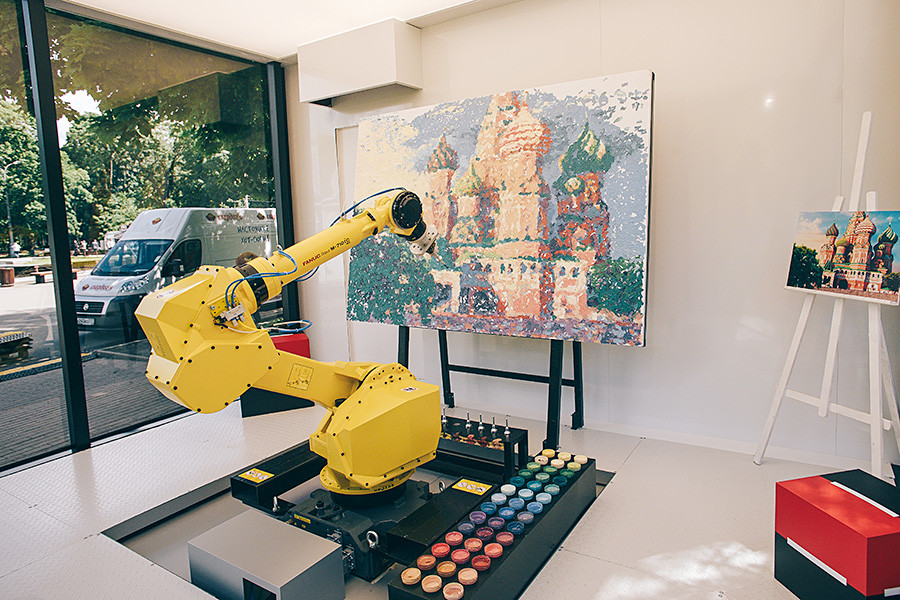 An enormous mechanical arm enclosed inside a glass cube dips a brush into a set of paints, and like a real depicts the surrounding landscape.

The people who pass by also end up on the canvas. As soon as a new person appears in the robot's field of view several new dabs of the brush are added to the canvas. The result is something in the spirit of Claude Monet. Visitors to Moscow's Sokolniki Park were able to witness the unusual performance this summer.

The robot executed almost 56,000 brushstrokes in the course of two weeks, using up to four liters of paint and producing two paintings. The intelligent machine was jointly developed by the Russian developer of interactive technologies, Hello Computer, the Japanese robot maker, FANUC, and , which is owned by Société Générale.

The robot scanned the colors of the clothes of Muscovites strolling in the park, and then picked the right color from its palette and applied it to the canvas, Russia Beyond was told by Kate Kovaleva, co-founder and PR manager of Hello Computer.

While working on the paintings, the robot scanned more than 4,500 passersby. On the project's website, they can all find themselves in the digital version of the landscapes. "Each of the participants was a co-author of the work of the first Impressionist robot," Kovaleva asserts.

According to Hello Computer's technical director, Maxim Yakhontov, a human artist taught the robot to hold a brush like Monet, and he had to spend many hours making brushstrokes to teach the robotic arm to make the same movements.

"The first technical triumph for the team of programmers was the moment when the robot learned to draw a smiley face. They compare the training of the robot to teaching a child," Kovaleva said with a laugh. 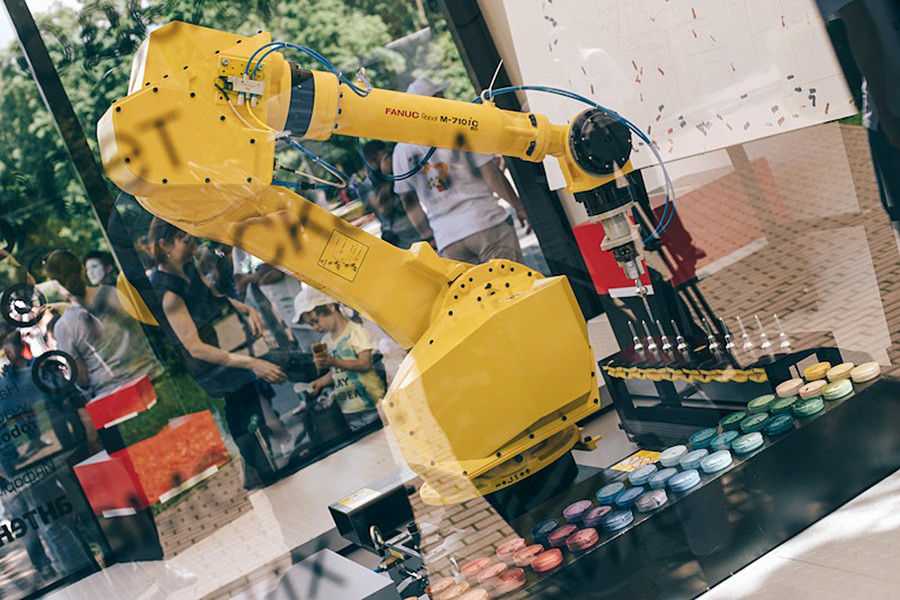 The authors of the project joke that the robot has not just inherited the stylistic mannerisms of a human artist but also human emotions: "It turns out that the artistic robot can behave just like a human being. Once during it crossed out a nearly-completed painting. It seems it wasn't entirely pleased with the result!"

says the main aim of the project is to harness the latest technologies to draw attention to conventional art. "A robot can't compete with a human artist when it's not a case of making copies. This robot was taught to draw by our large team. And its [further] development depends entirely on our development," says Maxim Yakhontov.

It is worth noting that this is not the first artistic robot, but, in the words of Kovaleva, the main advantage that Hello Computer has over all other similar projects is that "this robot is interactive and brings together thousands of people and makes them co-authors of the painting."