Are taxi apps spying on you? 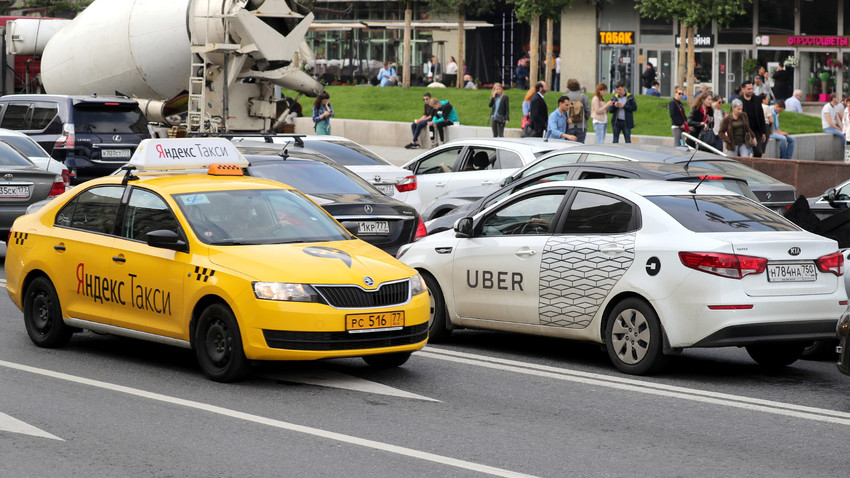 Vyacheslav Prokofyev/TASS
Have you ever noticed that prices on your taxi app decrease after you check out its competitor? Well, you might not be paranoid afer all. In the U.S., the FBI is investigating Uber's use of software to track and influence drivers for its competitor app, Lyft. In Russia, GettTaxi claims its competitor, Yandex.Taxi, is spying on users, and offers lower prices when you download another taxi app.

One day, Muscovite Timofey Vasiliev became angry with his taxi driver, who kept the meter running and charged for a trip after it was finished. Frustrated, Vasiliev decided to switch to another taxi app, and installed GettTaxi.

Soon after, he noticed the price of a trip on Yandex.Taxi went down by 40 rubles (about $0.70), which is not even enough to buy a cup of coffee in Russia’s capital. Still, Vasiliev was excited and shared the news on social media.

"It looks like Yandex is collecting data and offers better prices if Gett is also installed on your phone!" Vasiliev wrote on Facebook. "Of course, this is horrible from a privacy point of view, but now we can save money. Install Gett, do one trip, and Yandex.Taxi will be cheaper. Check it out, and enjoy the discounts!"

Dave Waiser, the New York-based entrepreneur and founder of GettTaxi, was furious when he heard about Vasiliev’s post. Gett.Taxi did their own test and also used an independent research company to find out if a price difference exists. The company filed a complaint with Russia's Federal Antimonopoly Service. On his Facebook page, Waiser promised Gett’s competitor a "YandexGate".

“I still can’t believe they did it," Waiser wrote. "Unfair competition is illegal both in Russia and in the United States, where Yandex is traded on NASDAQ. Each Yandex manager who was involved, or even knew about this, might face problems with the law."

According to Alexander Sviridenko, programmer and researcher at Dr. Web, a Russian anti-malware company, spying on users is incredibly easy for an app.

"Any app can find out if another one is installed on a smartphone," he told RB. "No permission from the user is needed. Yandex has such a function as part of its analytics service. For Google, it’s even easier. Most of the apps are installed on Google Play Store, and the device sends notifications automatically. You can only protect yourself by switching off the Internet.”