19 years ago: The first module of the International Space Station was launched 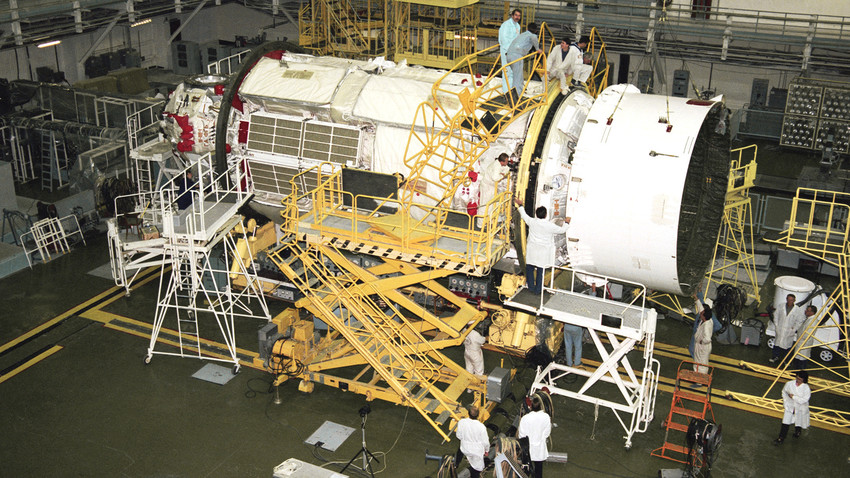 Preparatory work related to the launch of the Russian functional cargo block Zarya.

Andrei Kupriyanov/TASS
The building of the ISS began with Russia’s ‘Zarya’ module.

The first module of theInternational Space Station (ISS), Russia’s “Zarya” (“sunrise”) functional cargo block, was launched on Nov. 20, 1998, from the Baikonur Cosmodrome. This commenced the construction of the ISS in Earth’s orbit.

Led by the brilliant Soviet engineer Konstantin Feoktistov of the NPO Energia design bureau, the development of the Zarya spacecraft began in the 1980s. In total, over 240 Russian enterprises took part in the creation of Zarya.

Zarya is now primarily used for storage, both inside the pressurized section and in the externally mounted fuel tanks.