Spaced-out in the Soviet Union: 3 UFO stories from Russia 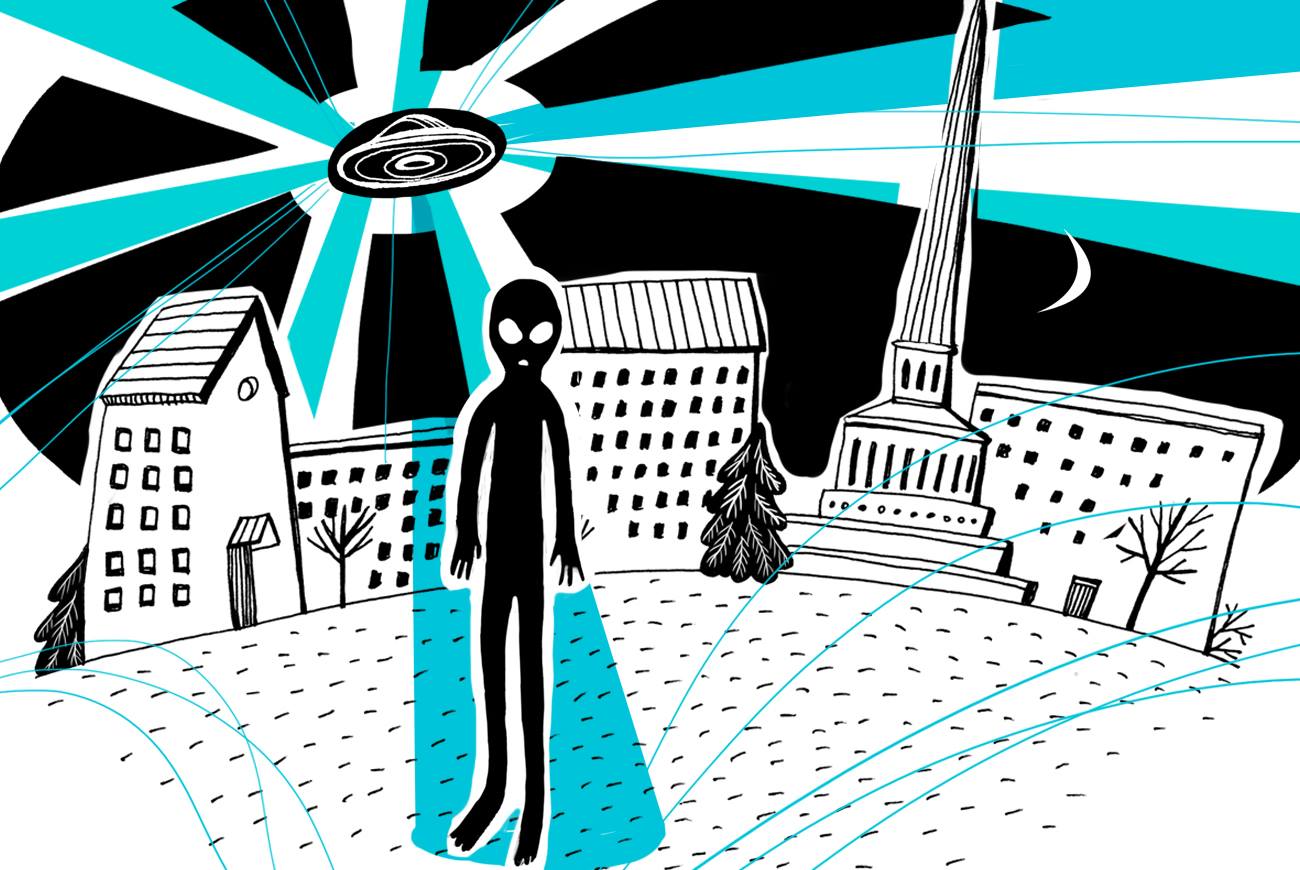 An alien was reported to appear in the city of Voronezh in 1989.

Varvara Grankova
People see - or think they see - UFOs all around the world, and naturally Russia has its fair share of unexplained events. Although there’s no solid proof of contact with extraterrestrials, dozens of people in the country and the former USSR are sure aliens exist.

All around the world people tend to believe that their own country’s special services have much to hide, including information about extraterrestrial civilizations. Russia is no different, nor was the USSR, where many people discussed the omnipotent KGB holding back data concerning alien secrets.

In 2005 Vladimir Kryuchkov, the last head of the KGB, denounced the rumors - firmly stating this in an interview: “There was no single case of receiving material confirming any UFO’s existence.”

According to Kryuchkov, the KGB scrutinized all events in the USSR thought to be connected to abnormal activity. Sadly, the largest country on Earth was found to be short on proven supernatural happenings, including flying saucers and bug-eyed, grey aliens.

However, the former KGB chief’s words did not sway the minds of Russians who were - and are - set on believing the contrary. People continue to discuss encounters with UFOs and space travelers on sites like ufology.ru. While chatting online they tend to agree on one thing: Civilisations on other planets exist and some have visited Earth.

In both Russia and the USSR, most cases of UFO sightings were connected with military experiments mistaken for objects from space. However, there are some instances that can’t be dismissed so easily. Perhaps the most mysterious case occurred in 1977 in Petrozavodsk (696 km northwest of Moscow).

One September night, about 200 people from the Republic of Karelia saw a strange object in the night sky, surrounded by glowing white light. It looked like a cloud emitting bright rays and moved from east to west. There were also reports of similar sightings in Leningrad (now St. Petersburg), Helsinki, and other cities in the Leningrad Oblast and Finland (all these territories are situated close to each other).

The case later became known as “The Petrozavodsk phenomenon” and was initially attributed to a satellite launch from the Plesetsk Cosmodrome (788 km east of Moscow) that took place the same night. However, Lev Gindilis - a scientist who collected information and statements about the incident for the Soviet Academy of Science - concluded that it was not a satellite, given the direction of its movement, size, and speed. “It’s unfeasible to satisfactorily understand the observed phenomenon,” he wrote in his report. Almost 50 years after, his words are still true.

Stranger things in Voronezh and the Far East

In 1989, while the USSR was on the brink of collapse, an incredibly unusual incident was reported in Voronezh (466 km south of Moscow). A group of children claimed they saw not only a disc-shaped spaceship land in the park they were playing, but also a three-eyed alien who emerged from it. According to the youths, the alien was holding “a 50 cm-long pistol tube” and even attacked one of them before leaving.

Though the children were the only ones who apparently witnessed the alien, some adults confirmed they had seen the UFO that day so the case attracted great media attention. Nevertheless, since no alien traces were found (except for the relatively high level of radiation in the area of the reported contact) the hype soon dispelled.

The small city of Dalnegorsk in the Far East (6491 km east of Moscow) also received its 15 minutes of fame in January 1986 after a spherical object darted across the sky. It crashed into a hill where local ufologists later found samples of metals which, though not necessarily unearthly, were not typical for the soil in the area. Officials from the military base situated nearby denied they had anything to do with the incident, so the ufologists assumed that Dalnegorsk had witnessed the crash of an extraterrestrial spaceship or satellite. Still, scientists neither confirm nor deny this suggestion.

Forever lost: How Russians hunt for Ivan the Terrible’s library
Where to find the Amber Room, a cultural treasure stolen by the Nazis
Russian boogeymen: How did parents scare their children?
Death in the Urals: One of the most mysterious tragedies in Russian history
The mysterious Tunguska explosion of 1908