Digital death: What is Russia planning to do with robots whose life has ended? 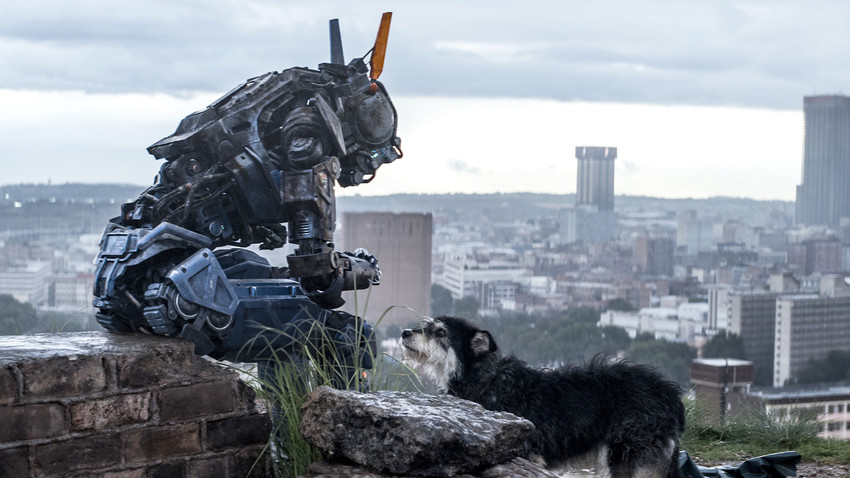 Do we dispose of robots like garbage or give them a dignified send off into eternity?

Columbia Pictures /Global Look Press
With the development of artificial intelligence (AI) robots are becoming more like humans and emotionally involved with our lives, but we still haven't come up with procedures what to do with them when they’re no longer of any use. Do we dispose of them like garbage, or give them a dignified send off into eternity? A few researchers in Russia think they have an answer.

There are more and more robots in our lives, and soon we will be bonding with them emotionally as they become an integral part of our lives. They are already taking care of our children and the elderly, and developers are coming out with more advanced sex robots that look more human-like than previous models.

While robots currently are not able to feel, the time is quickly coming when artificial intelligence (AI) will be able to give emotions to machines and let them experience romantic feelings. But then what do we do with these sentient robots when they are old and of no use to us any more? How could you possibly dispose of your ex-lover, artificial child or pet just like any old piece of garbage if you know they had feelings just like you?

In November, the Moscow-based tech hub, Phystechpark, set up Russia’s first robot cemetery. The idea emerged after an accident with a robot, one in a series of identical machines named Alantim, which had been part of various experiments and tests over a few years.

Russian scientists developed Alantim as a bionic bodyguard for English fans coming to Russia for the 2018 World Cup. One of these robots, however, was recently destroyed by an angry driver who beat him up with a baseball bat.

According to Olga Budnik, Phystechpark’s spokesperson, Alantim was a really good robot: “supportive, always polite, always happy to see you.” So, the researchers created a cemetery “to bury it like a pet, and not disassemble or carry it to the trash.”

The cemetery looks like an art installation: just a cardboard box and a dead robot. According to Budnik, the general public liked the idea very much, and Phystechpark is receiving many requests from people who also want to "bury" their gadgets.

Dzmitry Tsetserukou, one of the most established experts in robotics in Russia and an assistant professor at Skolkovo Institute of Technology, told RB that the idea of a robot cemetery is definitely "interesting."

Most likely, robots will be used to create colonies on other planets, and the old machines can be recycled for the sake of new space robots.

Tsetserukou is currently working on developing Recybot, a robotic system to be used for smartphone dismantling in collaboration with the Massachusetts Institute of Technology (MIT). Recybot is a first-of-its-kind technology that uses computer vision and neural networks to dissect mobile phones into recyclable parts. Tsetserukou and MIT professor Kamal Youcef-Toumi came up with the idea in 2015.

Recybot consists of three robots: The first recognizes the type of smartphone that the system will work with, then identifies where the screws are located, and finally unscrews its frame. The second robot retrieves the body of the smartphone from the first robot and transfers it to the next. Finally, the third robot disassembles the smart phone, dividing it into various recyclable parts.

Scientists used a website that allows users to post instructional videos about repairing various types of smartphones. They collected images from these videos, labeled by hand where the screws and batteries are located, and then trained the neural networks to detect different parts.

This year, Apple launched Liam, a robot that takes apart iPhones so their components can be recycled. The company estimates that each Liam can take apart 1.2 million iPhone 6s in a year. Currently two machines are up and running — one in California, and one in the Netherlands.