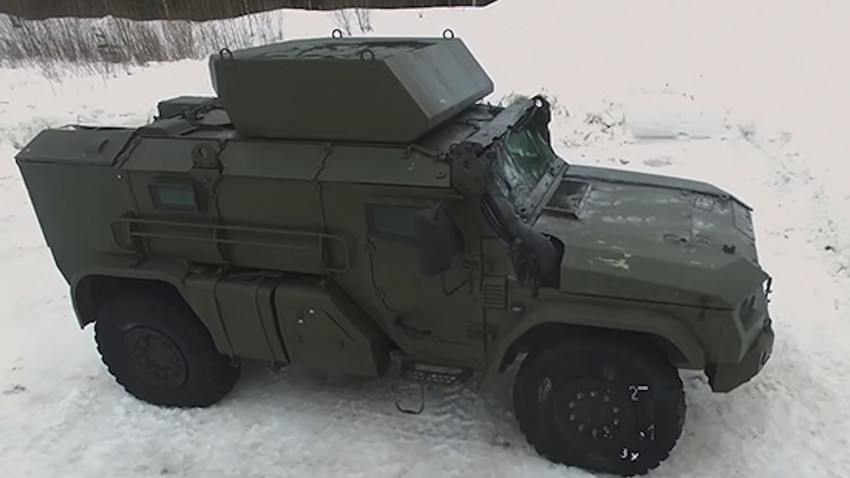 Parachuting potential is the Typhoon VDV’s most important feature.

mil.ru
The new vehicle is a response to more powerful light weapons that they might face on the battlefield.

Russia’s Defense Ministry has released the first photo of a prototype of its new light airborne armored vehicle, the Typhoon VDV, and it’s a real beast. Developed as a response to rapidly improving small-arms technologies that threaten existing light armored vehicles, it will enter the arsenal of Russian paratroopers one year from now.

“The development of small arms as a major influence on automotive technology requires increased protection of personnel during relocation,” said Colonel Nikolai Anokhin, head of the Russian Airborne Forces’ department of logistics.

Parachuting potential is the Typhoon VDV’s most important feature. Despite the advanced armor, which usually increases weight, the army can drop the light armored vehicle into a conflict zone. This parachuting feature greatly enhances the vehicle’s combat potential.

Production of the Typhoon VDV begins in 2019 after all necessary testing is completed.