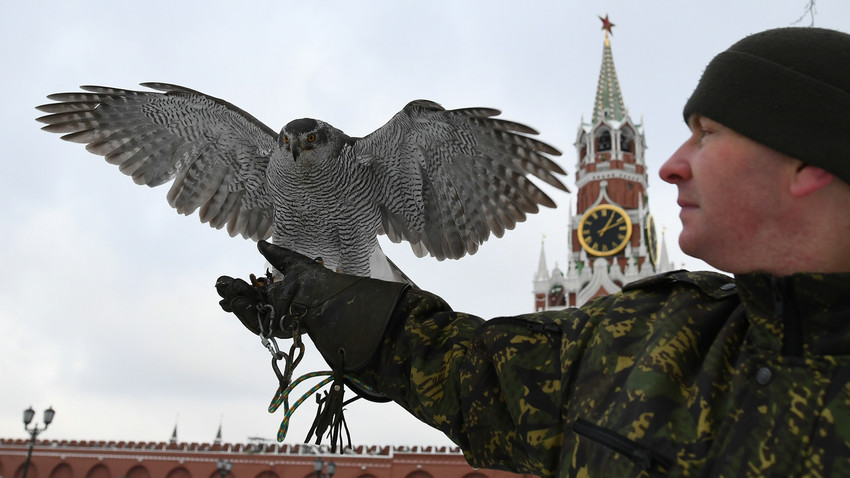 Iliya Pitalev/Sputnik
Apparently not, but don’t write them off just yet.

The Moscow Kremlin employees many staff, including a few hawks and a big owl. The birds are used to control the local crow population, but one journalist recently asked the authorities about the possibility of taking out drones with the .

“In they use birds for such purposes,” said the law enforcement source quoted by RIA Novosti. “But we need to understand that a female hawk weighs about 1.2 to 1.4 kg. This is not heavy enough to intercept even small drones. There’s no such task now, but it’s possible theoretically. It’s better to use falcons for this task, not hawks.”

Read more about the special division of birds that guard Moscow’s Kremlin here.