Fancy 5 o’clock tea with an owl? Birds of a feather flock to new Moscow café 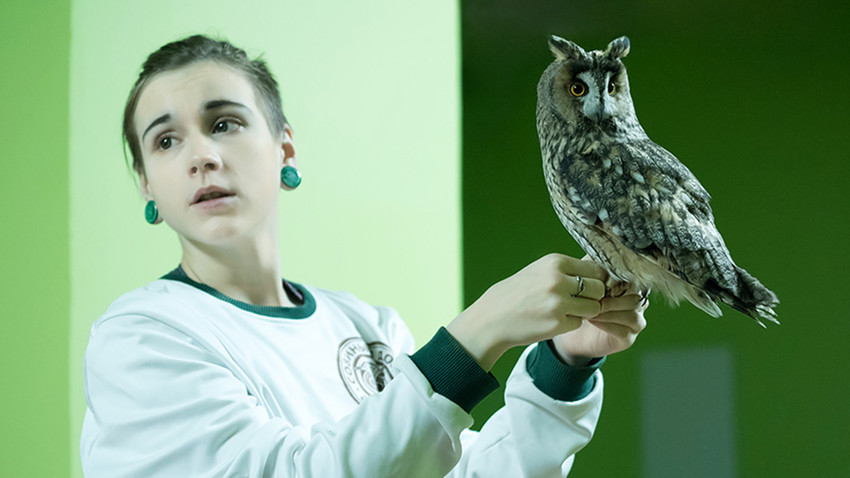 Ekaterina Kozhukhova
You don’t need to be a student at Hogwarts to look into the eyes of an owl and have it perch on your shoulder. Russia Beyond takes an exclusive look at a very unusual café.

Like the famous cat café, there’s a new ‘cute’ trend hailing from Japan. Opened in early 2017, Moscow’s Soviny Dom (Owl House) is Russia’s only owl café. Soviny Dom operates as an anti-café where guests pay only for time spent.

Located in central Moscow on the ground floor of a residential building’s interior courtyard, this two-floor owl café serves up robust tea and coffee. On the basement floor guests can pet any of five owls living there. Before visiting, guests must clean their hands with antiseptic, and only touch the birds with the back of their hand. That is, if they permit it.

“Owls don’t feel when someone touches them,” explained Anna Potapova, who works there as an “owl expert,” and a café guide. “Since they don’t have nerve endings on their feathers, the owl doesn’t care if you pet it or not.”

Moreover, owls have a bad memory, and don’t remember people at all. While they barely can recall moments, they remember their environment very well. And they don’t want to leave the café. “We sometimes have the doors opened, and no one ever flew away,” Potapova said.

From Tokyo to Moscow 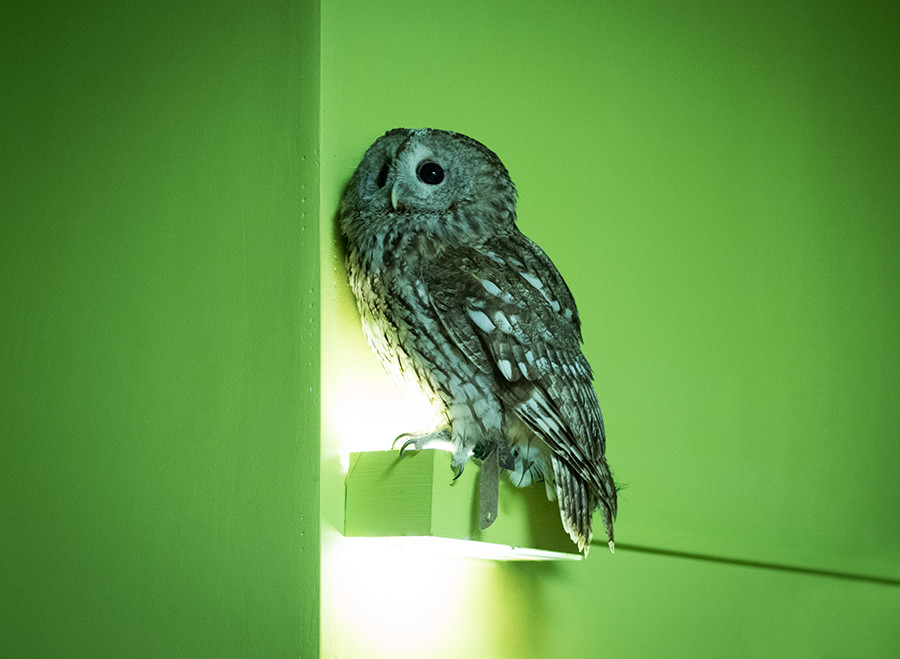 The owl café is the brainchild of Muscovite Mark Lobyntsev. “In 2015, I heard that such a place exists in Japan and thought it could also be interesting for us,” Lobyntsev told Russia Beyond, adding that the owls living there came from bird nurseries and state zoos.

“It was a shock when I first met an owl. I spoke with different ornithologists how to care for them. Owls only dine on mice, and they need to bath once or twice a day; you need to train it; it’s very complicated,” Lobyntsev said, adding that to train an owl you need to acquire it at a very young age, and spend much time feeding it and petting it.

At first, Soviny Dom was criticized by animal rights activists, but after an official conclusion was issued by the Russian sanitary watchdog, Rospotrebnadzor, the wave of protests ended. Now, the café is under the control of the city’s veterinary service, which visits and examines the birds every month, said Lobyntsev.

A home for owls 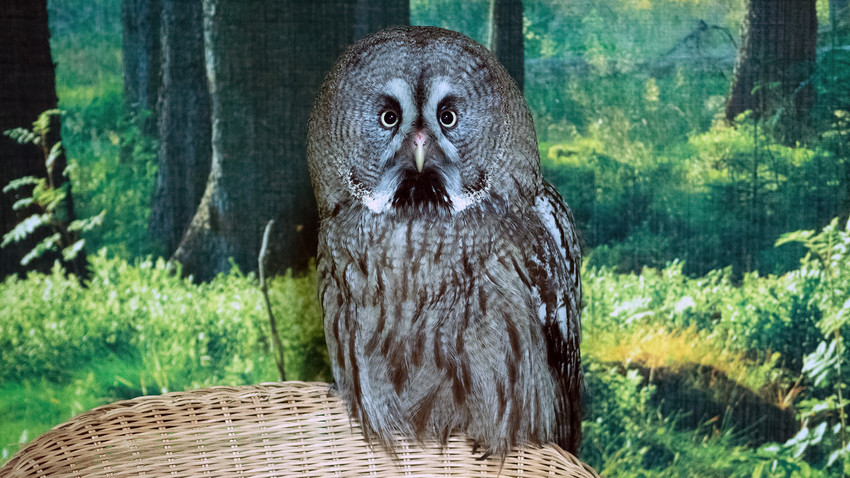 Mira, the youngest and the largest owl.

Guests are often surprised when the owls swoop over their heads. But there’s nothing to be afraid of because the nocturnal birds need to fly about five kilometers a day. Owls fly around the room, and when the weather is nice café employees walk with them outside.

The daily routine of a domesticated owl differs from those living in the wild. Domesticated owls are more active during the day but sleep at night, Potapova said.

Mira, the youngest (only five months old) and the largest owl, was raised by people. The grey owl is fond of people and enjoys contact with them. When she’s bored she flies over to someone to see what he’s up to, Potapova said.

Grey owls are known for their clumsy behavior, said the café’s photographer, Alisa Rustamova. “They can fly close to you and maybe crash into a wall or tree, which contradicts the claim that they are good hunters,” Rustamova remarked. Mira looks at people very intently and appears to be listening.

Forest and Bulya are two tawny owls that are a couple. This is a very lazy breed, Anna said. “Sometimes they’re so lazy that they won’t fly, and we have to push them to fly from one place to another.”

Bulya doesn’t bite people because she is too lazy. “To make her bite you, you’d need to put your finger in her beak,” Potapova said. “In the owl’s world this breed can be compared to bear cubs: they’re cute and lazy.”

Nevertheless, Bulya can be mean. “She hisses at me when she wants to show she’s not happy with something,” Rustamova said.

The long-eared owl, Morty, is a real boy. “He’s very nasty and likes to bite, but he never hurts anyone,” Potapova said. “He understands that he’s the weakest, but he’s also a show-off.” These owls use their long “ears” to blend in so you can’t distinguish them from a tree. The fifth café resident is the barn owl, Maki, one of the most beautiful breeds in the wild.

A domesticated owl is not the best idea

Most visitors to the owl café are families with children. “Children can see and even touch these birds, which they can’t find elsewhere,” Lobyntsev explained.

In addition to families with children and teenagers, there are many fans of Harry Potter’s saga.

Inside the owl café.

In general, the owl café is similar to the cat café: there are animals, board games, drinks and souvenirs. In a cat café, however, a visitor can take a cat home, but in an owl café it’s prohibited. Moreover, café employees say it’s best not to keep a nocturnal bird at home.

“Guests often ask how to care for a domesticated owl,” Lobyntsev said. “I always dissuade them from this, and explain that it’s very hard to care for them, and that they need to have the relevant experience, and spend much time and money on it.”

In September 2018, Lobyntsev plans to open his second owl café in St. Petersburg.