The most connected Mundial in history: Russia’s World Cup in numbers 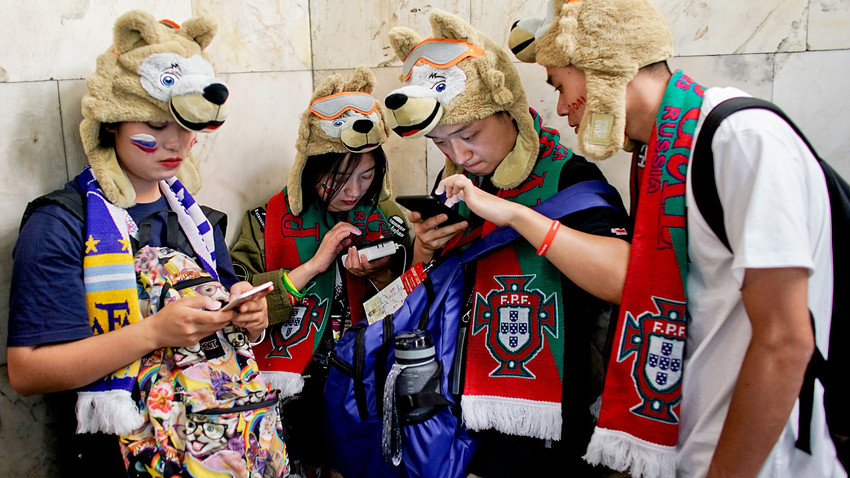 Fans check the metro map on their cell phones inside the Sportivnaya station after attending a group B match between Portugal and Morocco at the 2018 soccer World Cup in the Luzhniki Stadium in Moscow, Russia, Wednesday, June 20, 2018

AP
Football fans also set records during the recent World Cup. According to Moscow city authorities, they interacted with the official FIFA digital platforms 7.5 billion times, and shared an enormous amount of data on social networks.

The amount of data shared over mobile networks was 144 Petabytes of data, which equals 72 trillion photos on Facebook, or 11,000 films in 4K format, according to Moscow city authorities.

“At first, we expected 30-35,000 visitors at FIFA Fan Fest Sparrow Hills, but on the first day 70,000 fans came, exceeding our expectations,” said Andrey Belozerov, strategy and innovations advisor to the chief information officer of the Moscow City Government. “We had to scale up our networks to withstand a peak load.”

With a speed reaching 260 Mbit/s, an HD video of the entire match could be downloaded in four minutes. The peak load was reached during the Russia-Croatia quarterfinal match.

Moscow will begin testing the 5G pilot zone in early 2019, which will be launched by the Moscow Government in cooperation with the Russian mobile operator, Megafon, said city authorities in a statement.

Moscow has spent around $13.3 million on free public Wi-Fi hotspots in a further effort to provide access to the Internet for everyone. In total, about 2,000 new Wi-Fi hotspots were added to the city’s existing infrastructure of over 30,000 hotspots.