Science & Tech
Boris Egorov
Ever heard of a flying or hovering tank? What about a tank able to survive a nuclear blast? These over-ambitious projects were never realized, which may come as no surprise considering how ridiculous some of them sound. 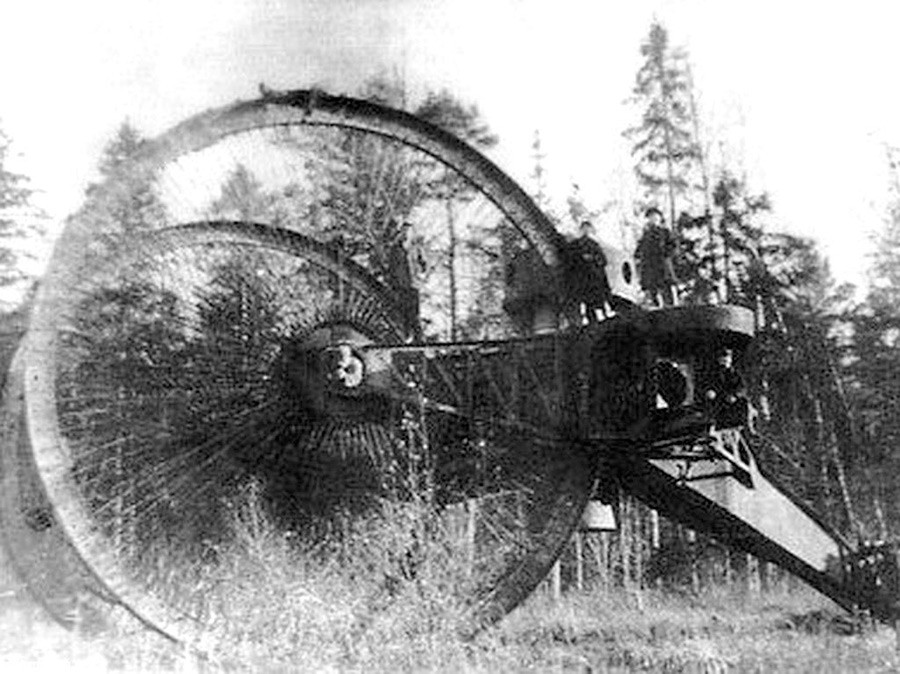 This enormous monster was designed to terrify enemy soldiers and overcome any obstacle in its way. The Tsar Tank, also known as the “Bat” or “Mammoth,” was on course to become a Russian super weapon during WWI - but never did.

However, when the Tsar Tank was ready in 1915 and tests began, major disadvantages were discovered. Despite the tank crushing trees like matchsticks with its giant wheels, it could easily become stuck fast in the mud and required help to get going again.

The wheels were its weakest point - an artillery shell could take them out far too easily. The project was eventually abandoned and the giant was left to rot in the forest until 1923, when it was dismantled for scrap metal. 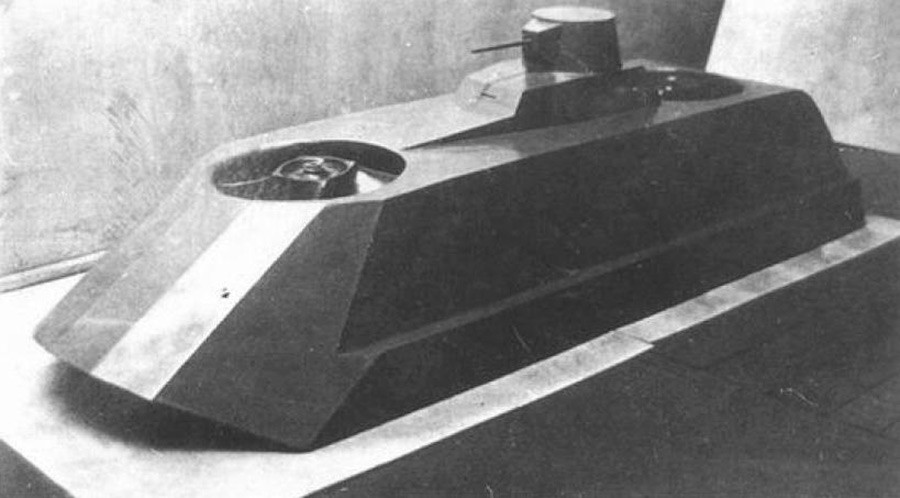 In the 1930s, when the first amphibious tanks and hovercrafts materialized, Soviet designers came up with the idea of creating the ideal combat vehicle, able to overcome desserts, ice, deep snow, rivers, and swamps.

The amphibious hovering tank was based on the world's first hovercraft L-1. It was planned to be 10-meters long, have two crew, and one machinegun.

However, the project was abandoned due to unknown reasons. At the same time, plans for the first Soviet hovering armored vehicle were also scrapped.

MAS-1 was earmarked to become the first Soviet tank, which not only traveled on land, but also flew. Based on the BT-7 cavalry tank, MAS-1’s design had a sleek hull with folding wings and a propeller.

This flying tank was meant to be armed with several machineguns. The crew consisted of the driver and tank commander, who was also the shooter and radio operator.

The project, however, was too ambitious and expensive, and was cancelled in 1937. 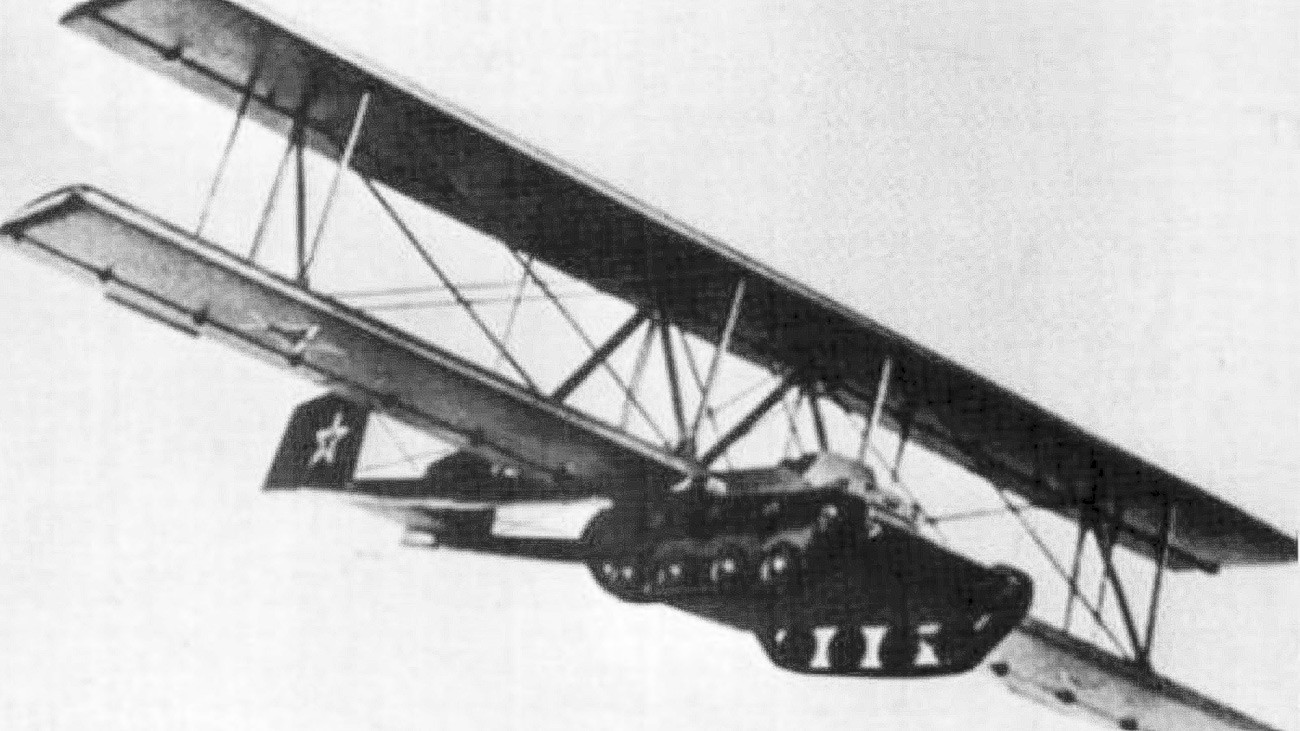 During WWII the flying tank concept was given a second chance. A-40’s blueprints look like a hybrid between the Soviet T-60 scout tank and a glider.

A Tupolev TB-3 heavy bomber aircraft was needed to tow this flying tank into the sky before unhooking it 20-25 km from it’s intended destination point. After landing the machine’s wings were meant to detach and it could start engaging the enemy.

However, trials for this new Soviet weapon failed. The TB-3 wasn’t able to raise the flying tank higher than an altitude of 40 meters, even after it’s weight was reduced. Because no aircraft was powerful enough to tow the battle machine, the project was binned. 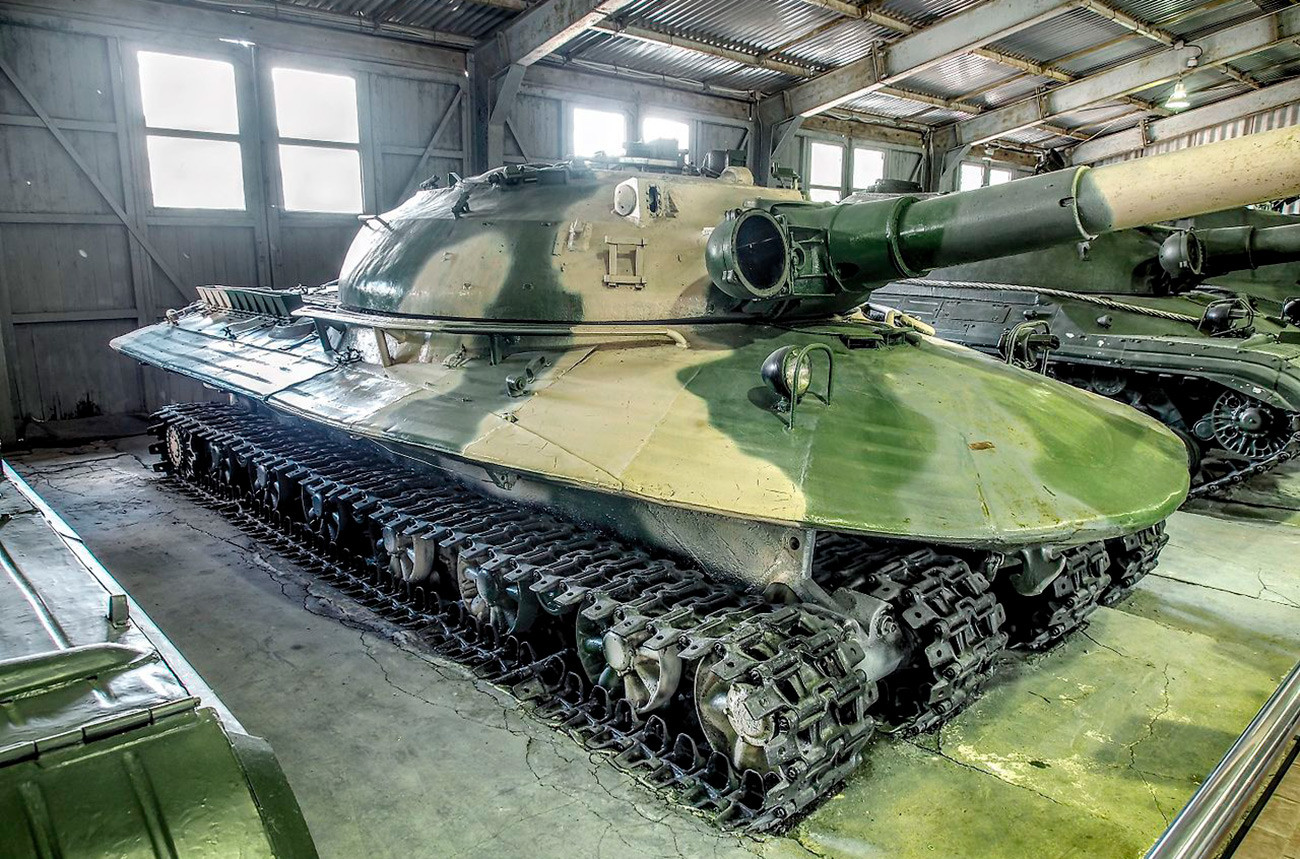 This Soviet heavy tank looks more like a UFO mounted on the two pairs of tracks. The unique “Object 279” was designed by the Soviets in the late 1950s to participate in nuclear warfare.

Its unusual ellipsoidal form prevented the tank from overturning following, for example, a strong shockwave from a nuclear blast.

However, due to numerous technical failures the project was frozen. Only one tank was built, which now sits in the Kubinka Tank Museum in the Moscow Region.

Read about the most interesting Russian aviation projects that never saw the light of a day.