Science & Tech
Alexey Timofeychev
The USSR was the only country that built nuclear-powered icebreakers, as it needed them to reach territories along the Northern Sea Route. They are true ocean monsters. 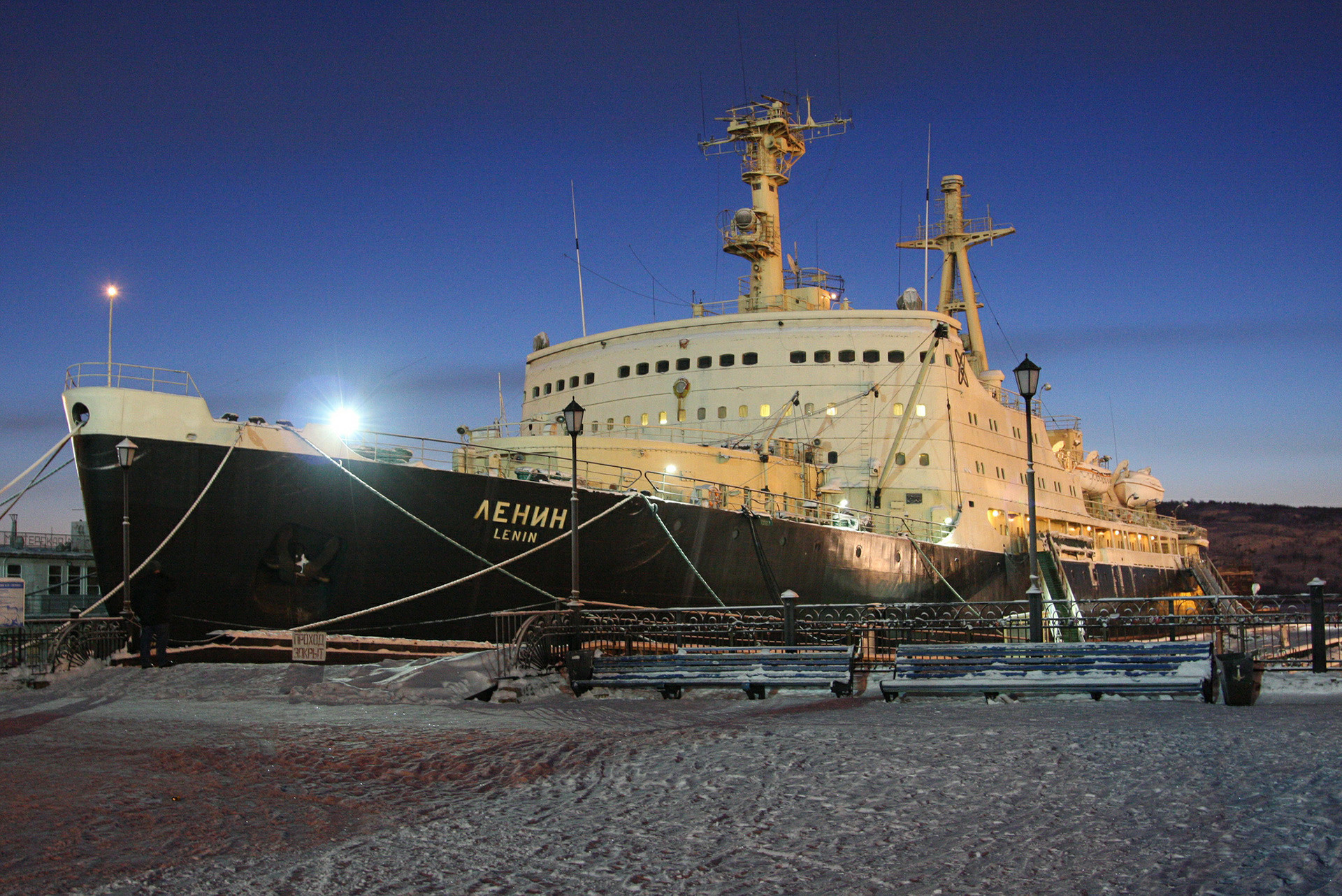 This icebreaker was the planet’s first nuclear-powered vessel. It was built in 1957 and set sail two years later. It was also the first surface ship to sail further north than Severnaya Zemlya (in 1971). The USSR was very proud of the vessel so when it was being built and tested, “Lenin” was viewed by high-profile foreign politicians including British Prime Minister Harold Macmillan and U.S. Vice President Richard Nixon. The icebreaker was in service for 30 years and cleared the water along Russia’s northern coast for countless ships - its nuclear-powered engine proved very efficient. “Lenin” was eventually turned into a museum so you can now jump aboard to experience what it was like to sail the seas on the iconic ship. 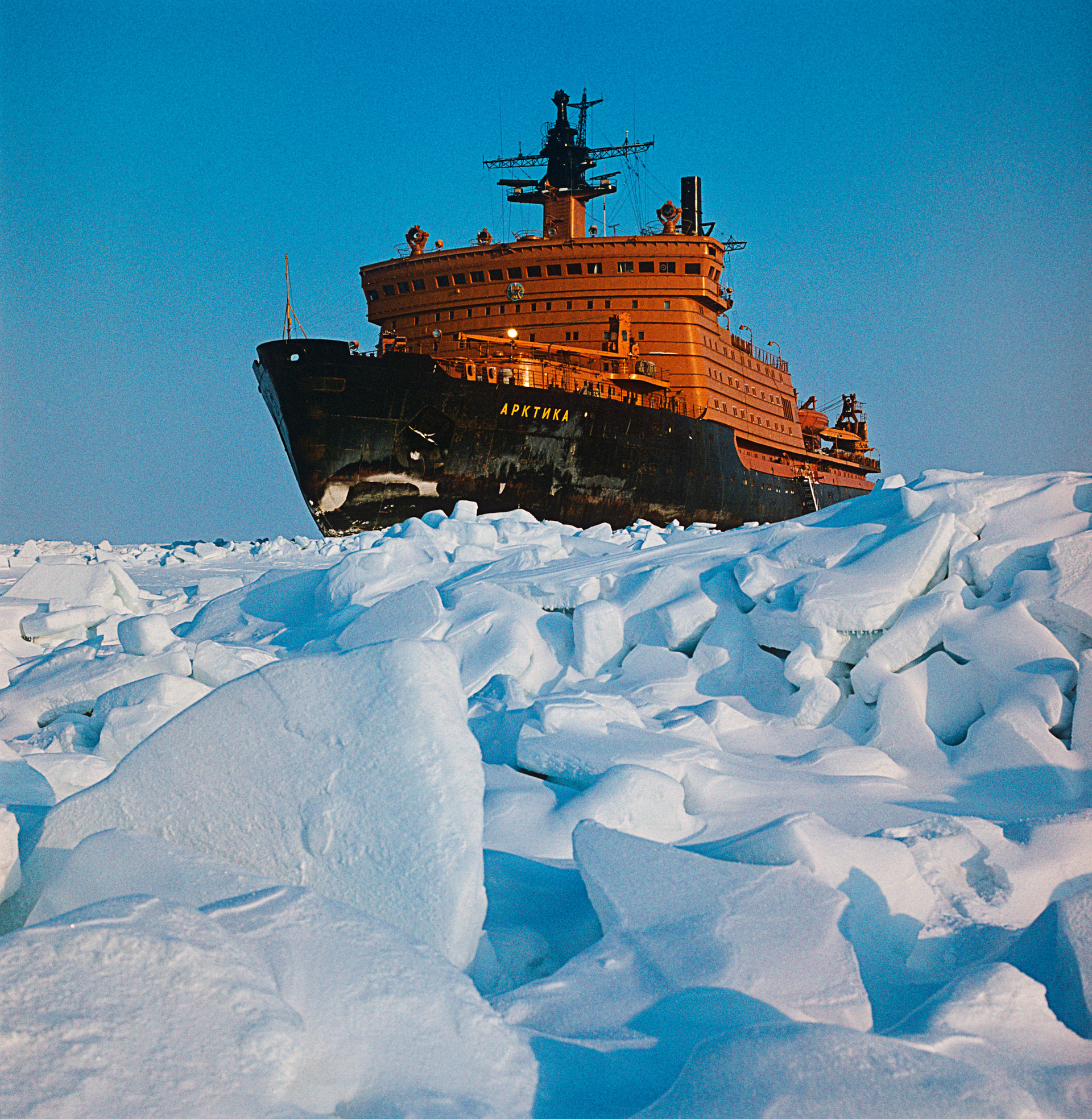 Lenin’s successor, “Arktika,” became the first ever surface vessel to reach the North Pole (1977). It was also the first ship to spend more than a year at sea without entering any port (2000). During its years of service (1975-2008) “Arktika” covered more than a million miles, five times the distance from the Earth to the Moon. It was able to break five-meter thick blocks of ice. For several years it had a different name. In 1982, after the USSR’s leader Leonid Brezhnev died, the vessel was named after him but in 1986 it was reverted back to “Arktika.” 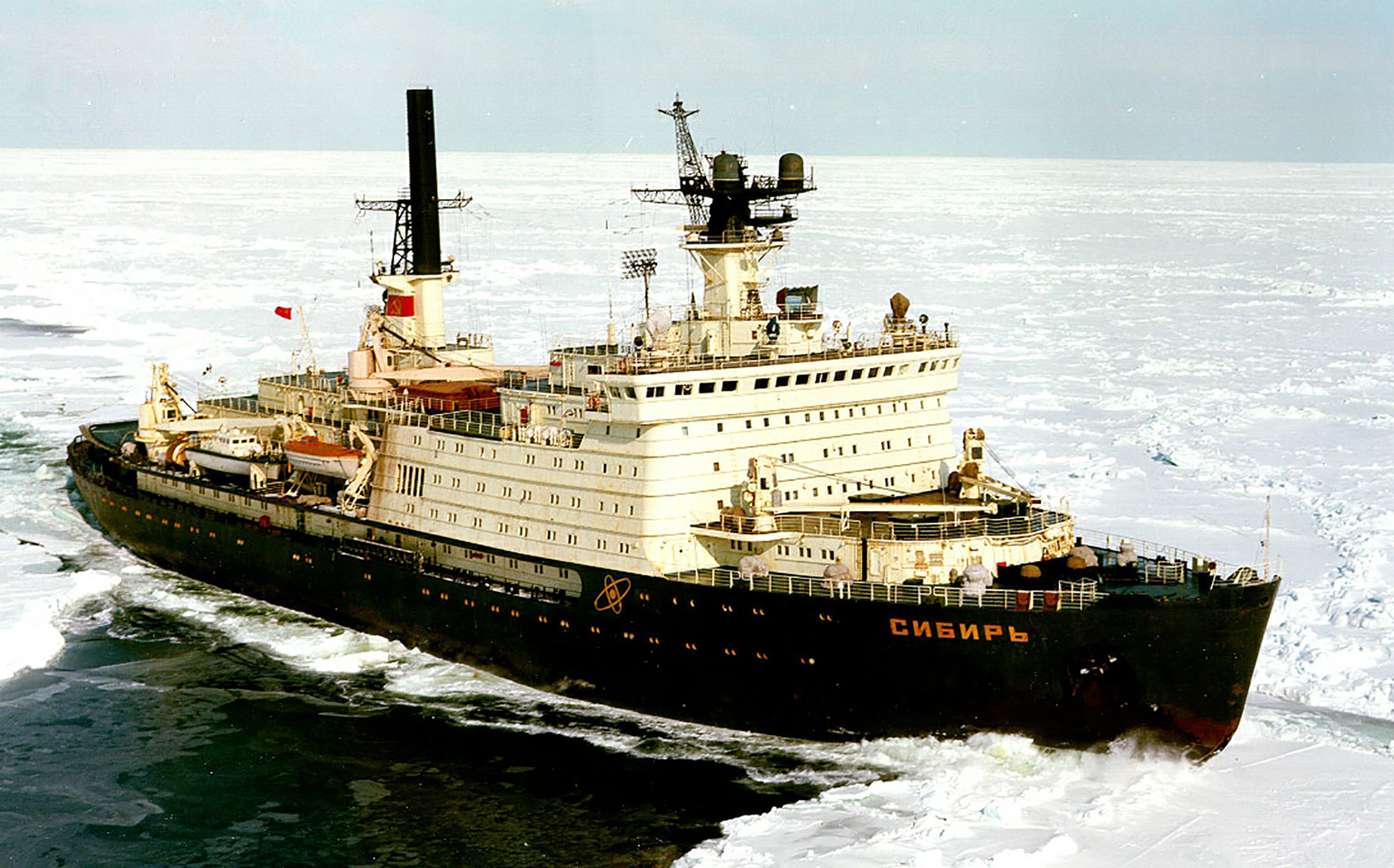 “Arktika” was so successful that an entire class of vessels based on the ship was built. The first  was “Sibir.” It entered operation in 1977 and in ten years became the second surface ship to reach the North Pole. “Sibir” was decommissioned in 1993. 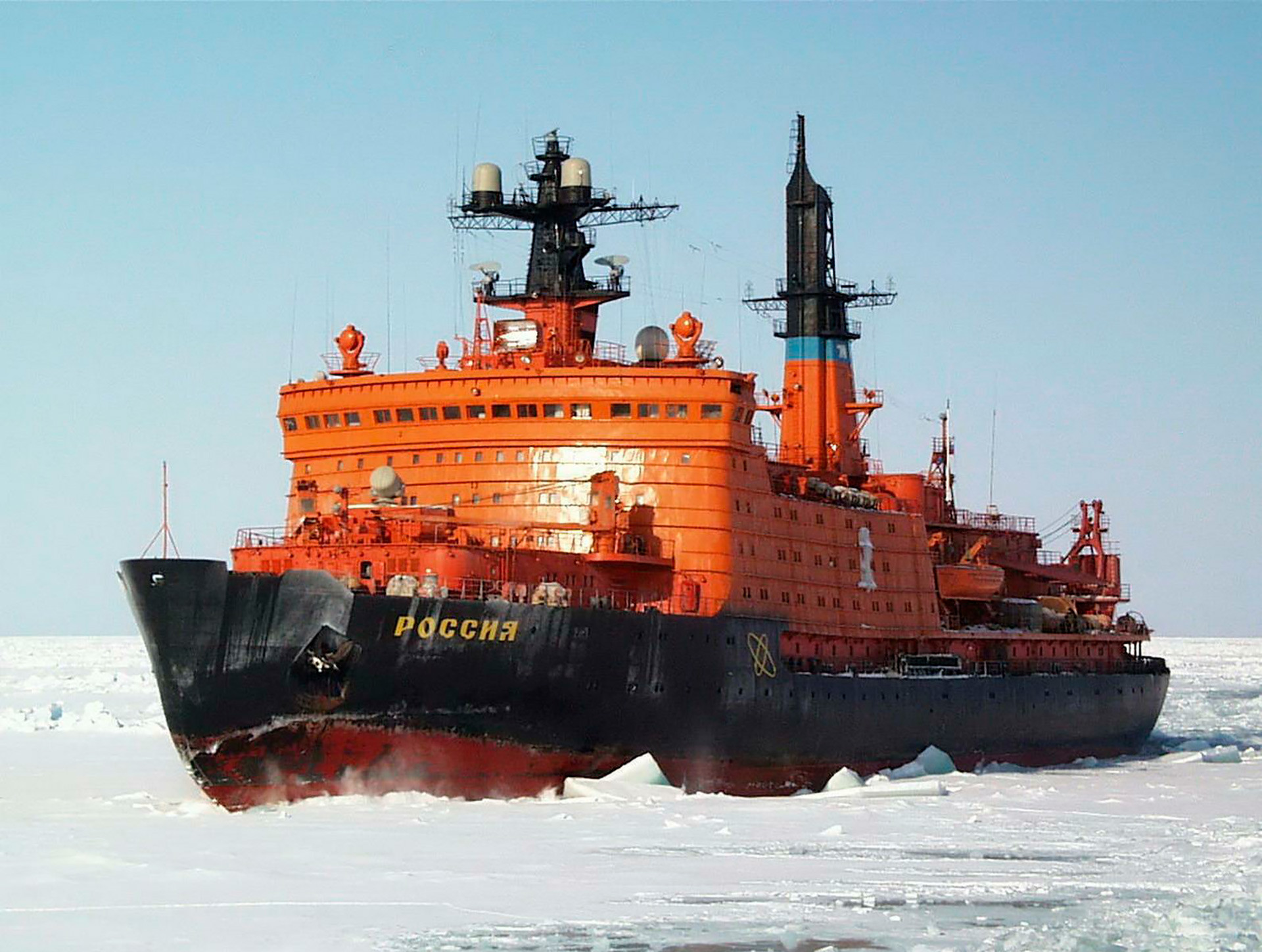 The vessel was equipped with a hugely powerful 75,000 horsepower engine. As an “Arktika”-type icebreaker it was the first ship to make a cruise trip to the North Pole (1990)  organized for foreign tourists. Up to five trips to the North Pole are now organized annually, which usually last around a fortnight and cost about $25,000. 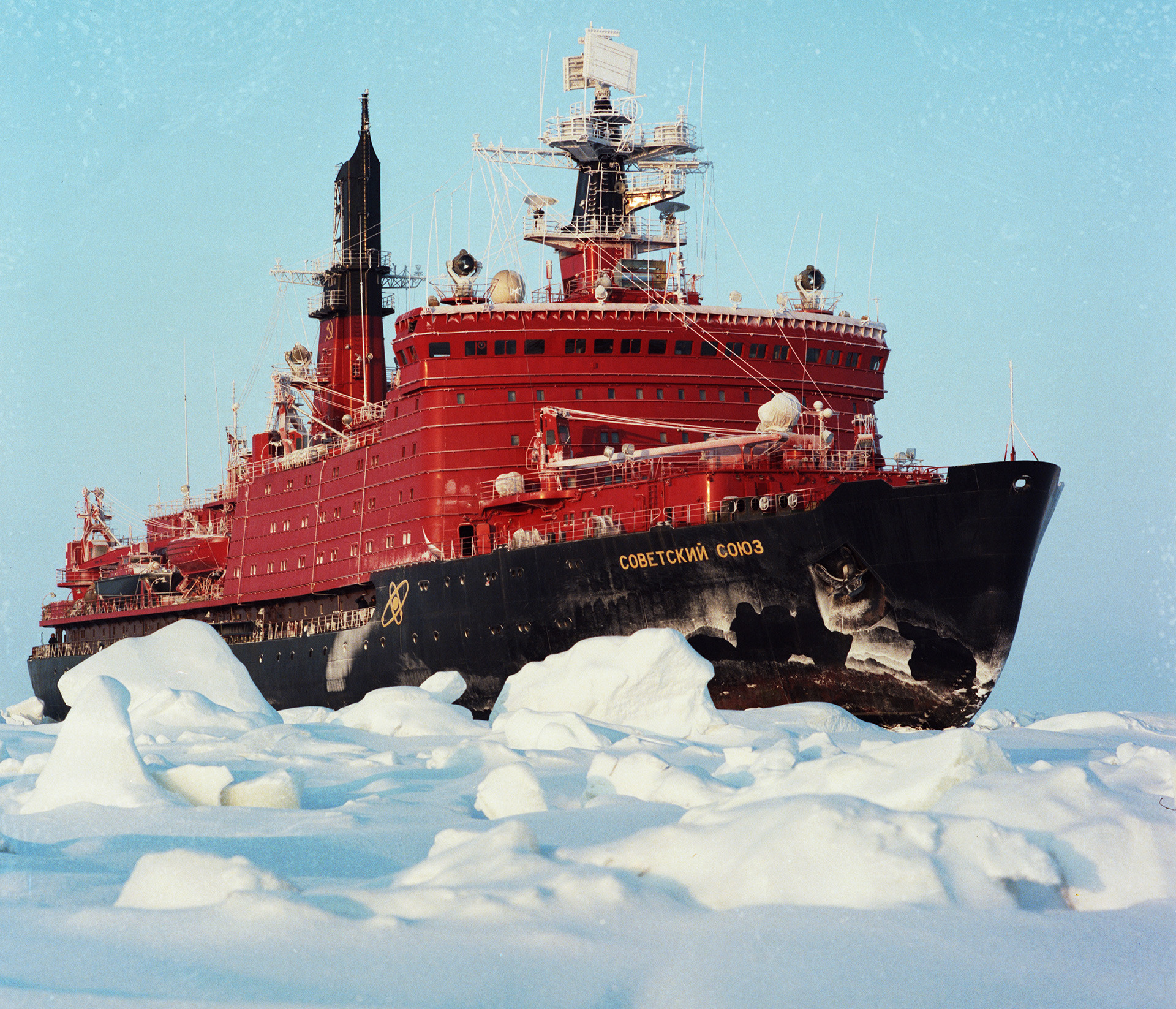 This atomic vessel was commissioned in 1990, but the state it was named after dissolved just a year later.  As a it started service in New Russia. The icebreaker was designed so it could be easily modified into a military vessel but there was no need for it. However, recently there were rumors that it could be turned into a command ship for Russian Arctic military units, but this hasn’t happened. In the 1990s the icebreaker mainly delivered tourists to the North Pole. Later it took part in a research expedition studying the effect of global warming in the Arctic. 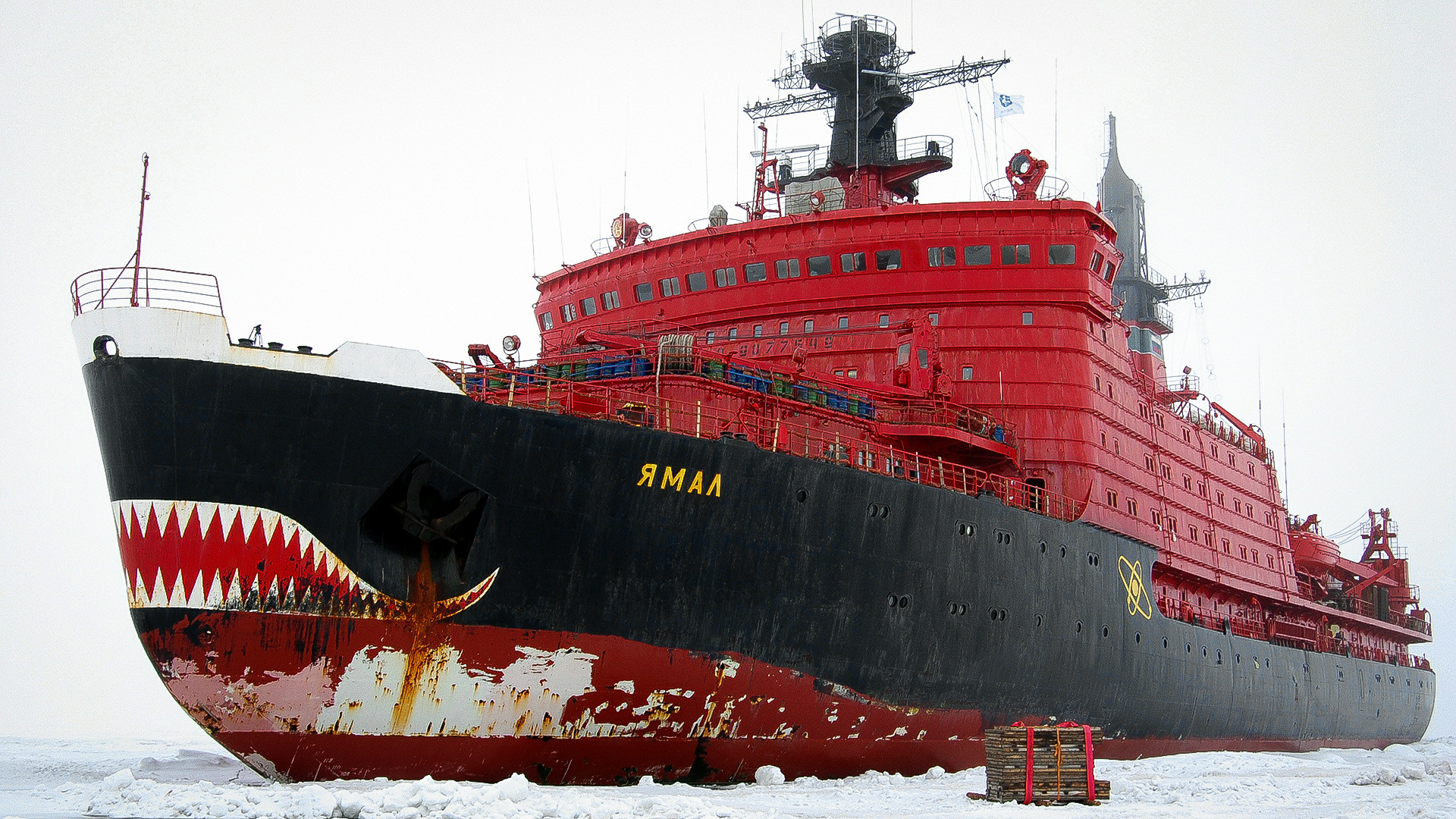 “Yamal” was planned in 1986 but commissioned in 1993. Its original name was “October Revolution” but then, after the USSR’s dissolution, it was changed in favor of the peninsula in the Russian Far North. “Yamal” was designed to break 2.5-2.9 meter thick ice. The vessel can also move both forwards and . Its displacement is more than 23,000 tons but it can reach a speed of almost 40 km/h. In 2009, the vessel took part in a rescue mission to save a group of archeologists from Severnaya Zemlya. The vessel has shark teeth painted on its bow. 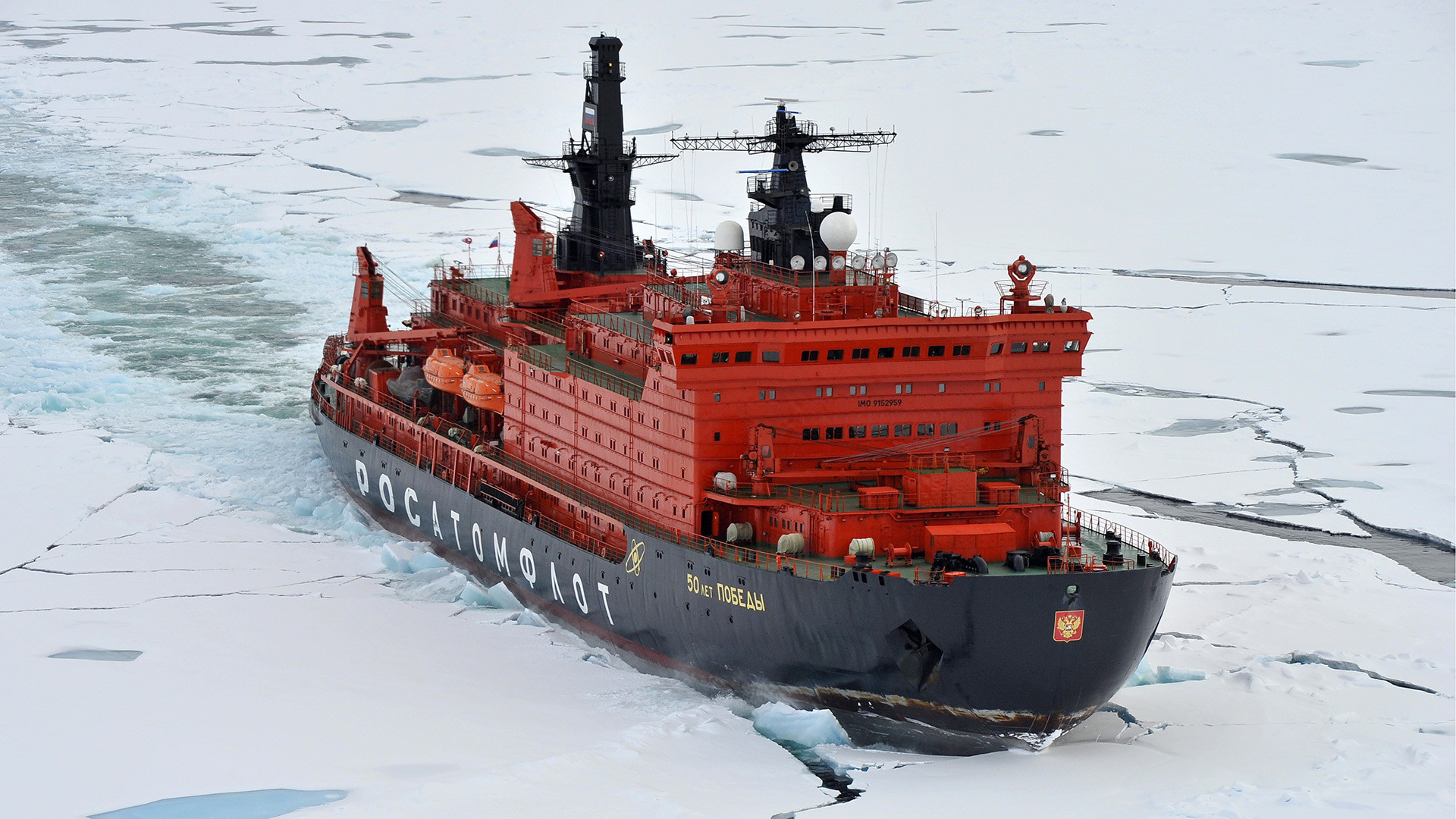 Until recently, “50 years of Victory” (commemorating the triumph over Nazi Germany in the Great Patriotic War) was the biggest nuclear-powered icebreaker on the planet. But  Russia has recently built two even larger Arctic vessels. Construction started in 1989 but it wasn’t commissioned until 2007 due to a lack of funding. It has an unusual spoon-shaped bow. In the runup to the 2014 Winter Olympics in Sochi, the ship carried the Olympic Flame to the North Pole in October 2013.

Look here at the world’s largest and most powerful icebreaker