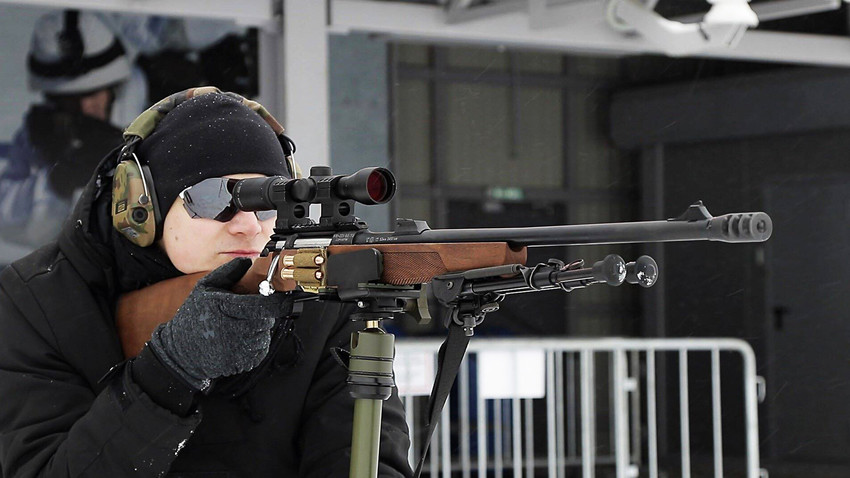 Molot Oruzhie
A series of rifles has appeared on the market designed for use with the new 9.6x53mm Lancaster cartridge, which could become the main ammunition of the Russian army.

Russian engineers have created a civilian version of the military ammunition used by the Dragunov sniper rifle (SVD), which remains the main sniper rifle in the Russian army. It uses the 7.62x54mmR cartridge.

The new 9.6x53mm Lancaster cartridge was shown at the 2018 Arms & Hunting in Moscow in early October. 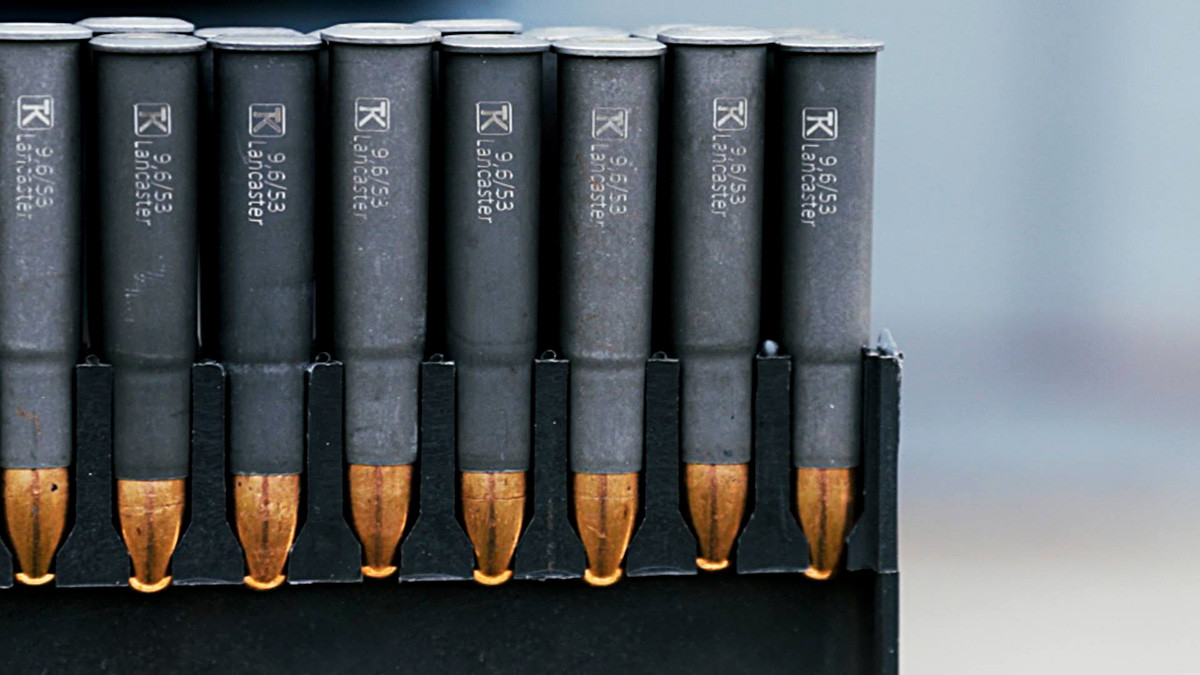 Rifles that use the new cartridge were demonstrated by Russia’s Molot-OruzhiyeConcern, which has been hit by U.S. sanctions so it can only market its arms domestically.

According to the manufacturers, the new rifles and their ammunition are being trialed on the smoothbore rifle market. The kill range of the weapons is half that of their military version. If successful on the civilian market, the manufacturer could receive a multimillion-dollar contract for the development of a military version of the cartridge and, consequently, a whole range of guns for troops and special forces 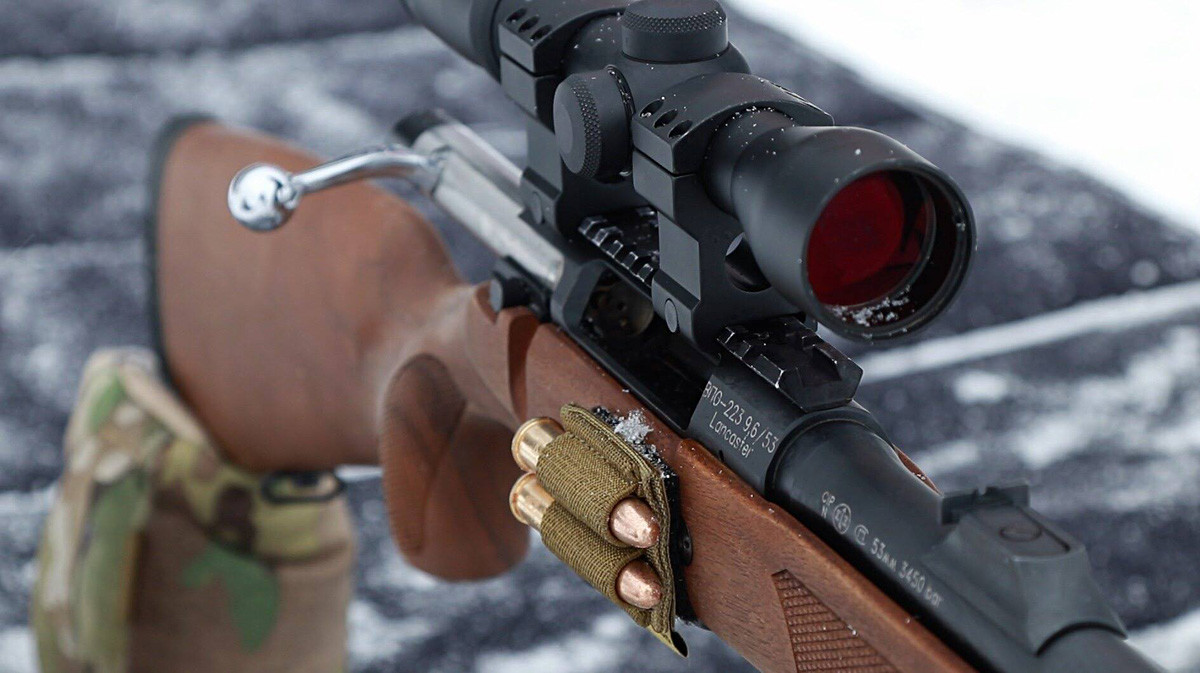 of Molot-Oruzhiye’s products is a rifle known under its technical name VPO-223 that uses a bolt action system and has an aluminum chassis.

Furthermore, it has a powerful recoil reducer which allows effective firing at a distance of 100 meters. It also has a number of features that allow the user to customize it for their needs. The telescopic stock easily changes length and can be replaced. The same applies to the grip and sight. 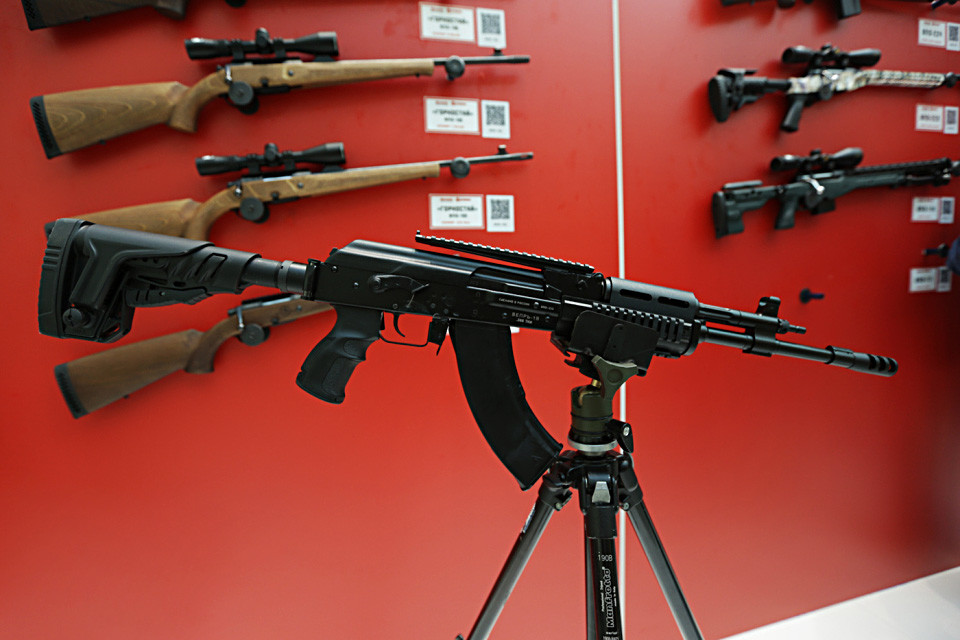 The AK-47 platform in all its variants is still the basis of the overwhelming majority of rifles not only in the Russian army but also among civilian gun enthusiasts. This assault rifle is produced here in Russia and costs several times less than any foreign competitor.

However, it’s not easy to get a license for "paramilitary" rifles in Russia, and therefore engineers have designed a .366 TCM caliber civilian smoothbore version. Weapon enthusiasts have nicknamed this weapon the “Kalashoid.”

Carbines based on the Kalashoid cartridge were also shown at Arms & Hunting.

The cartridge's key development is its design, which brings its ballistic characteristics closer to ammunition used in rifles. According to the manufacturers, the cartridge is perfect for hunting game weighing up to 200 kg at distances of up to 150-200 meters, as well as for shooting practice.

The VPO-213 carbine is another example of the new Kalashoids. It is a smoothbore .366 TCM caliber weapon fitted with rigid slats with an integrated diopter for operation against targets at a distance of 100 meters. In addition, the carbine is equipped with a double-sided safety lock operated by short thumb catches, as well as a new gas operated chamber, which allows you to conveniently clean the weapon.