3 discoveries by Russian Nobel Prize winners that changed the world

Science & Tech
Alexey Timofeychev
AP, D. Chernov/Sputnik
Russian scientists have made a number of groundbreaking discoveries. Here are the three most remarkable.

Biologist Ilya Mechnikov was awarded a Nobel Prize in 1908 for his work in the field of innate immunity. He discovered phagocytes, the cells that engulf and destroy harmful bacteria. Mechnikov demonstrated the way the process worked by studying the larvae of starfish. He pinned small thorns into the larvae and saw that some unusual cells surrounded the thorns. He speculated that these were white blood cells that gathered at the site of inflammation and killed the pathogens. However, his theory was met with intense skepticism by the scientific community, which favored another theory at the time. 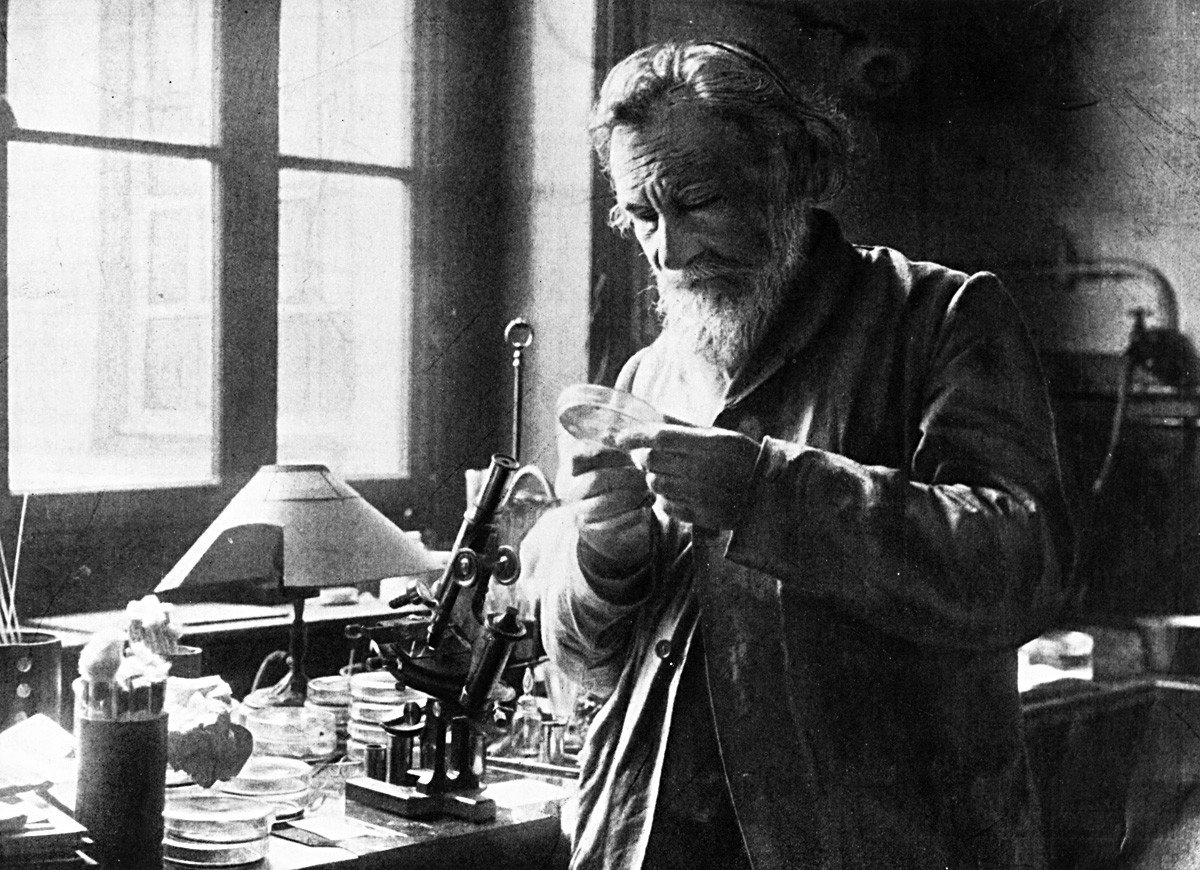 Ilya Mechnikov examining the contents of a petri dish

Mechnikov shared the Nobel Prize with another immunologist, Paul Ehrlich, the German scientist who was a proponent of a theory that went contrary to Mechnikov’s findings. Ehrlich’s adaptive immunity approach emphasized antibody production. Throughout most of the immunology continued to develop along the lines of Ehrlich’s theory of adaptive immunity, and Mechnikov’s views seemed to be somewhat sidelined.

In the late 1980s, however, it was discovered that many cells, especially those that are responsible for immunity, the phagocytes, possess special receptors that are designed to identify specific infections. Those cells are tied to certain genes. “It turned out that innate immunity is the main feature [compared to adaptive] for all living creatures. And only in the case of organisms that are already advanced on the evolutionary ladder …there appears adaptive immunity. However, innate immunity is in charge of its launch and further functioning…” wrote the authors of the article that labels the discoveries resulting from Mechnikov’s findings as “The Great Immunity Revolution.”

2. Prokhorov, Basov and the laser

Alexander Prokhorov and Nikolai Basov are credited with the creation of a laser, earning them the Nobel Prize for Physics in 1964. They shared this award with American scientist Charles Hard Towns, who was working in the same field. 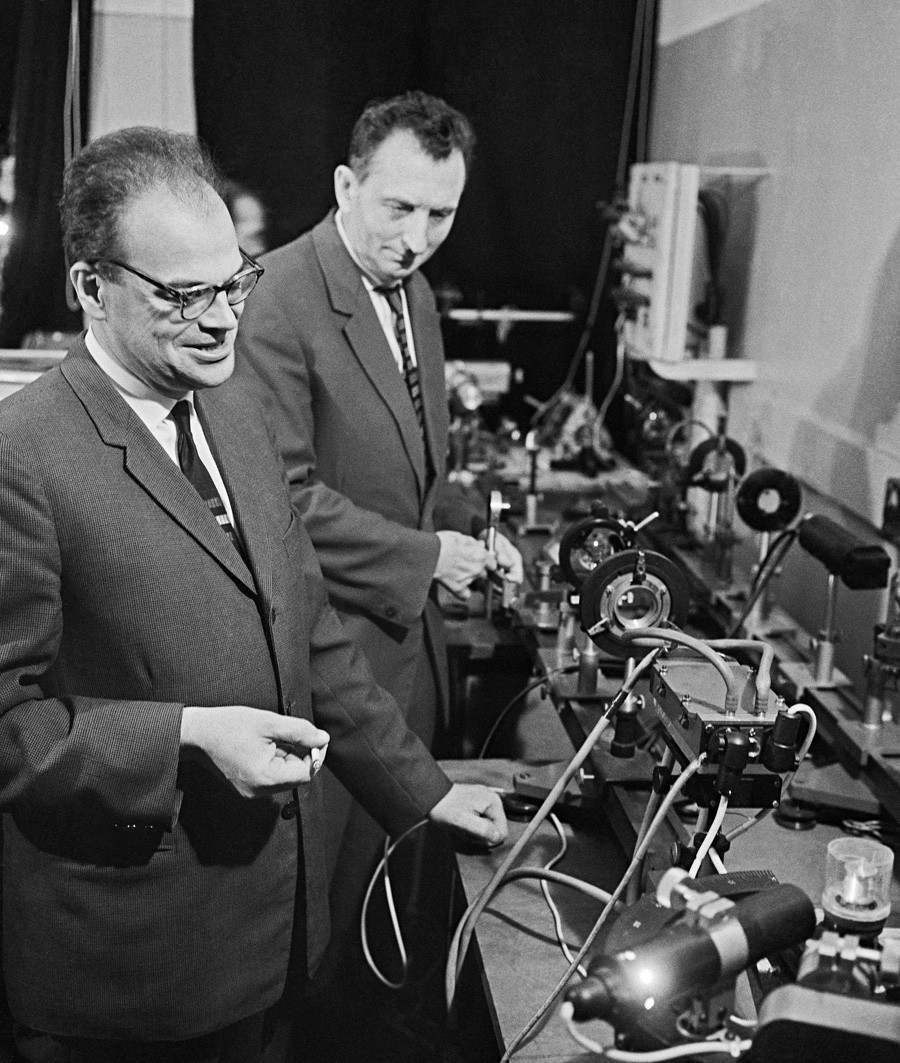 A contemporary recalled how Prokhorov worked. “He proposed to the group of scientists to come up with suggestions on how to fundamentally change their work. When in one month time everybody brought only some formal replies, Prokhorov took a hammer and destroyed all the laboratory equipment. There was a huge scandal, and half of the scientists resigned; but the rest embarked on new research, although its future success was far from evident. In a few this research brought its authors the Nobel Prize.”

Prokhorov and Basov’s work laid the foundation of quantum electronics, and long-distance space radio communications and fiber optic lines soon became a reality after further research and development. Basov later studied the effects of laser emissions on chemical reactions, while Prokhorov concentrated on the laser’s use in medicine. The first ophthalmological lasers were developed under his leadership, and he also pioneered the use of lasers in surgery and stomatology, as well as  in the treatment of tuberculosis and oncological diseases.

3. Geim, Novoselov and the “super-material”

Russian-born physicists Andre Geim and Konstantin Novoselov are best known for discovering graphene, a “super-material” that earned them a Nobel Prize in 2010. Graphene is only one atom thick but 160 times stronger than steel. It has a remarkable ability to conduct both electricity and heat very efficiently. Sometimes called the most promising material on Earth, graphene is an attractive material for the electronics industry. 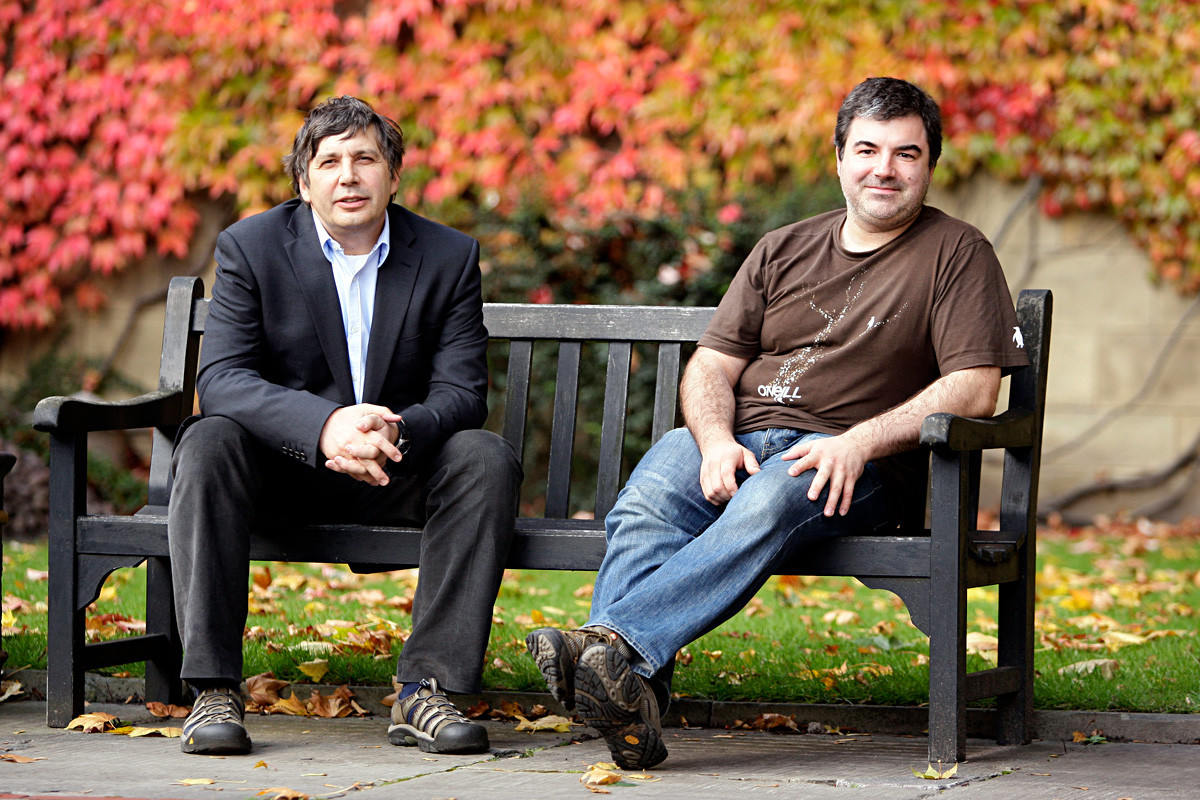 According to Novoselov, “graphene has qualities that all other materials lack. It’s a fiber in the true sense of the word. You can treat it as a napkin: turn, fold and stretch it.” Despite its flexibility, it’s the strongest material on the planet, said the scientist in an interview magazine a few years ago.

The extraordinary qualities of this revolutionary new material were illustrated by Swedish physicist Per Delsing at the Nobel Prize announcement. He said that a one-square-meter hammock (one atom thick) made out of graphene would be strong enough to support a four-kilogram cat. The hammock itself would weigh roughly one milligram – like just one of the cat's whiskers.

At the same time, however, graphene is hard to produce in industrial quantities. Still, there are already multiple ways the super-material can be used: from dying hair to playing golf. Scientists are certain that the use of graphene in microelectronic will be able to increase the speed of computers by a , thus making current silicon-based electronics obsolete.