Science & Tech
Igor Rozin
Vitaly V. Kuzmin/www.vitalykuzmin.net
The T-90 has been reborn with a new ‘heart’ and stronger armor.

It’s estimated that around 2,000 T-90s are currently being used by various armies across the globe and Uralvagonzavod’s upgrade means the tank, first produced at the end of the 20th century, can now compete with the most advanced models in the world. Here’s what we know about the new T-90M Proryv-3. 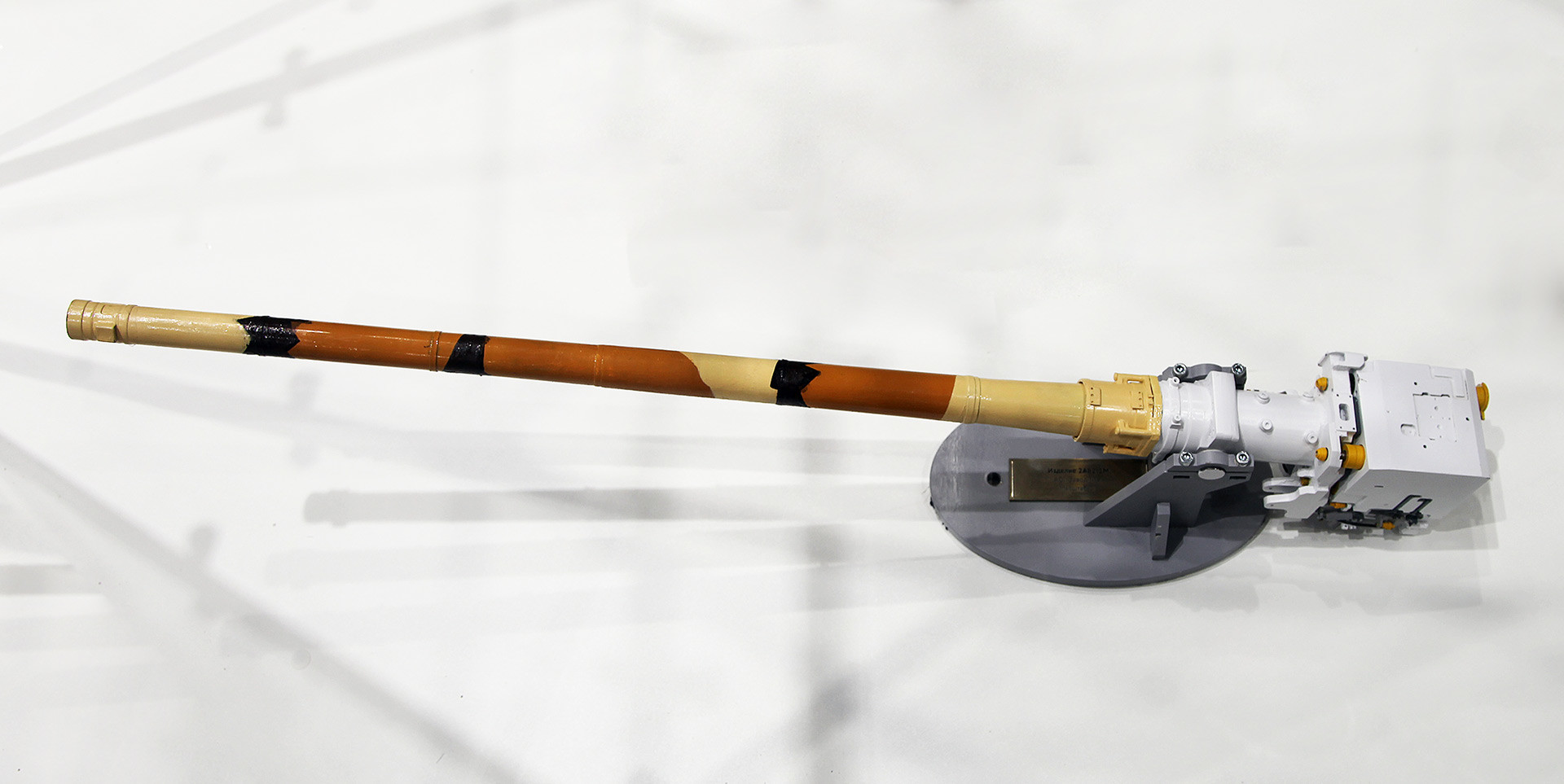 turret of the T-90M Proryv-3 uses a gun borrowed from the T-14 Armata – the 2A82-1M. It has a remote-controlled large-caliber machine-gun firing 12.7 mm Kord-MT rounds.

By harnessing modern technology the designers have boosted the tank’s accuracy of fire by 25 to 30 percent and its barrel life to 900 rounds. 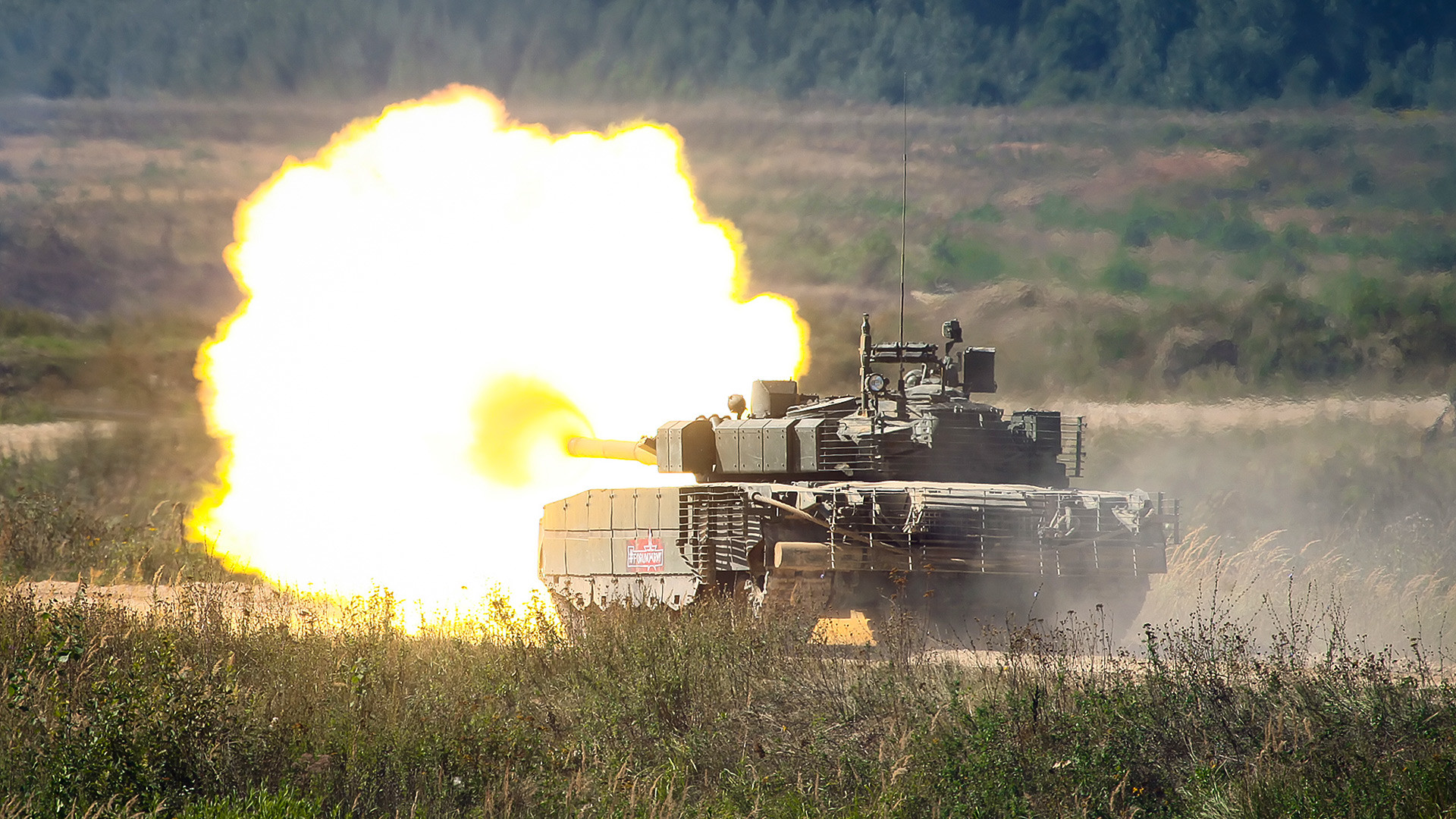 addition to the standard munition package, the T-90M has also been equipped with three types of tailored ammunition.

The first is the Vacuum-1 armor-piercing discarding sabot round with a depleted-uranium core. The designers say that in flight the projectile reaches a velocity of 1,980 and can rip through a meter of tank armor.

The second is the Telnik high-explosive fragmentation warhead, which can be detonated remotely by the tank crew.

And, thirdly, there’s the Sprinter guided missile, the trajectory of which can be adjusted in flight. 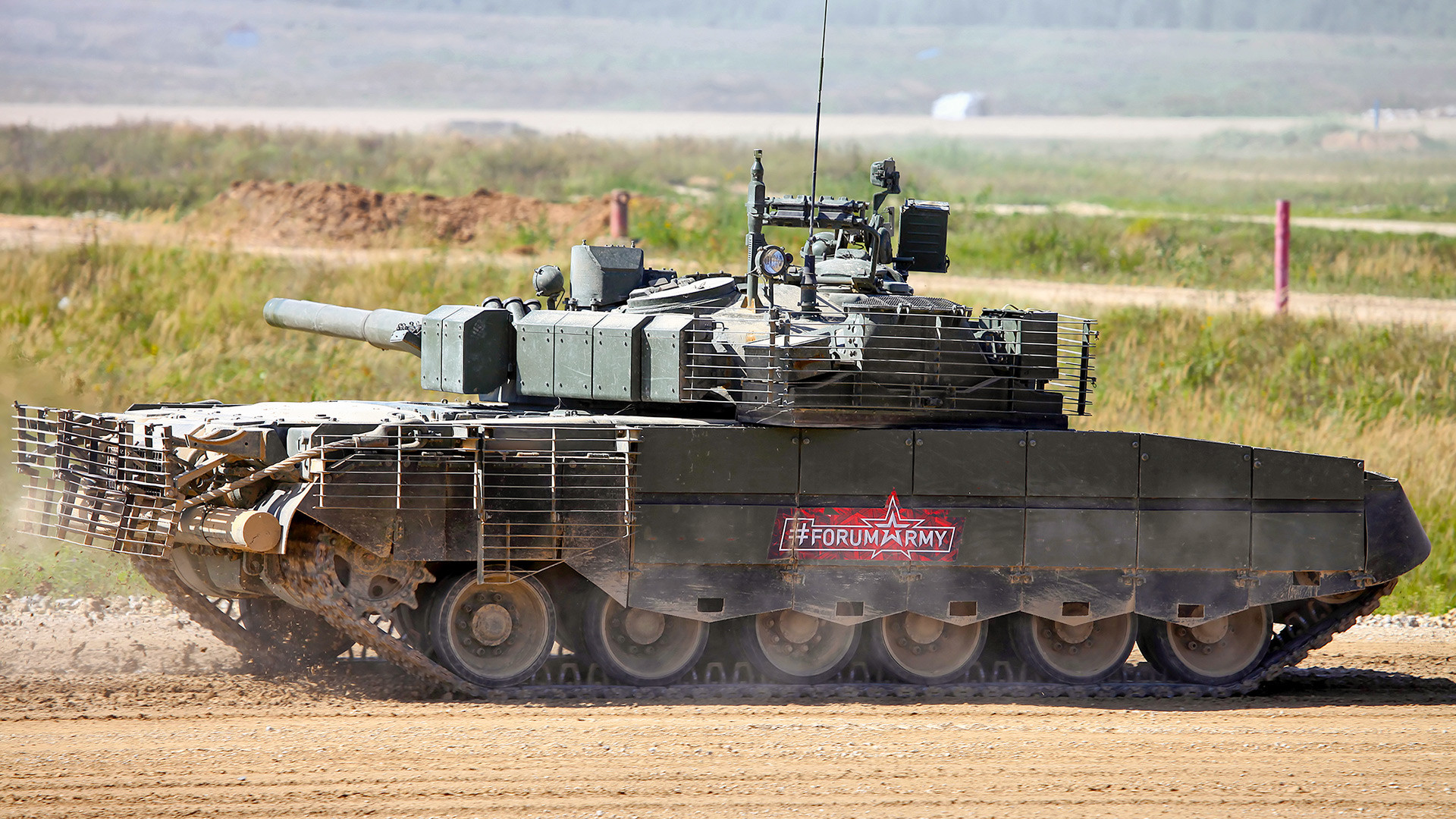 The T-90M’s body is covered with a modern modular reactive armor kit – the Relikt – which eliminates enemy projectiles a meter from the tank. Protection for the lower part of the turret and the rear of the body is provided by slat armor, and the firing compartment has been reinforced with an anti-shrapnel cover.

According to the manufacturers, the tank’s armor will ensure the vehicle and crew are protected from a strike by a tank round from any direction.

At the same time, the tank’s radar visibility has been considerably reduced. Put simply, the signature on the thermal imagers of targeting systems of tanks is almost nil. 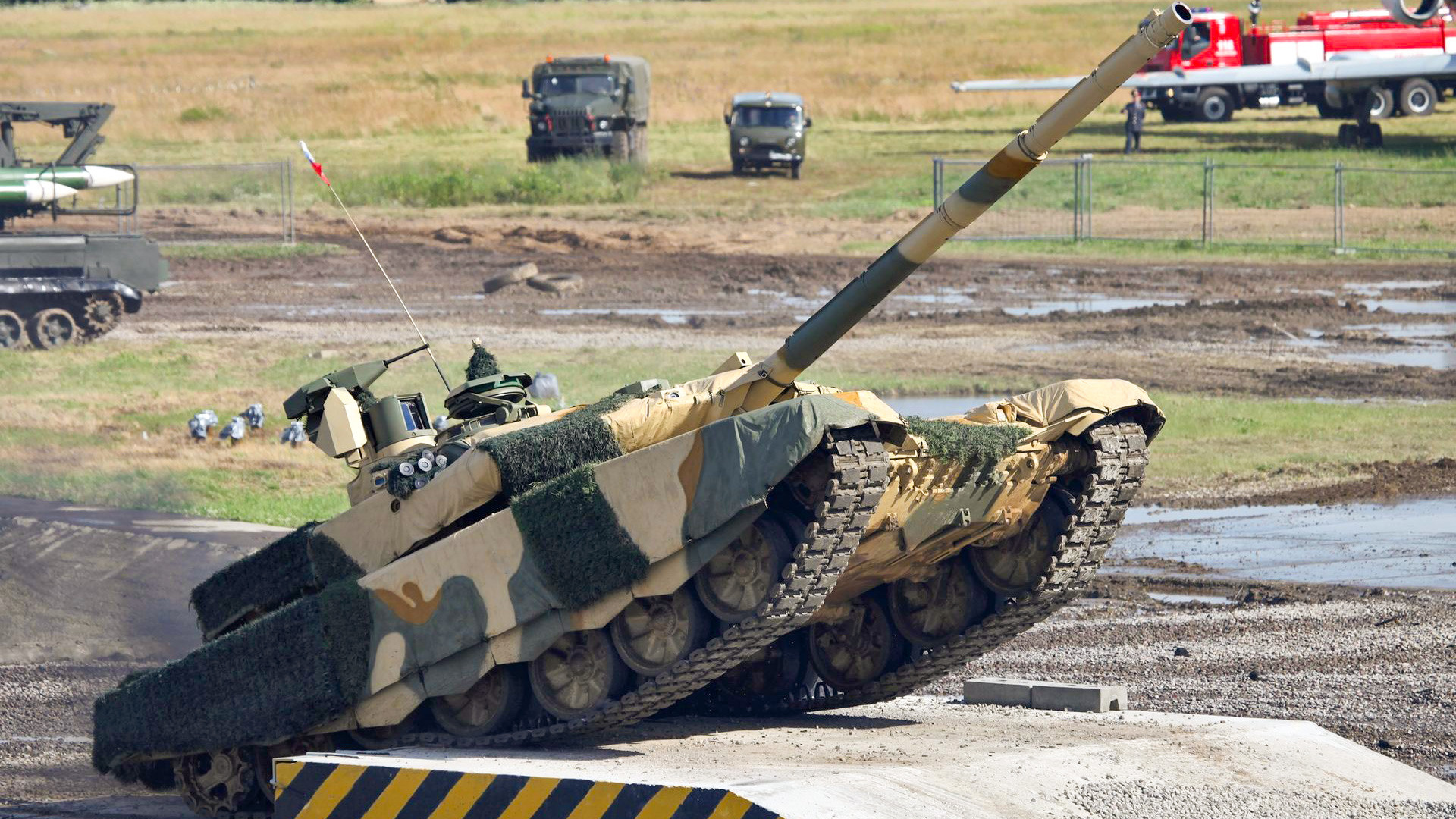 One of Uralvagonzavod’s main objectives was to increase the tank's mobility on the battlefield. The T-90M has been given a new 1,130 hp diesel engine and an automatic transmission gearbox. Now the 50-ton battle machine can travel at 70 kph, and the crew will be able to enjoy the ride while steering with a wheel instead of several levers.