10 facts about Russia’s giant helicopter, which once carried a frozen mammoth 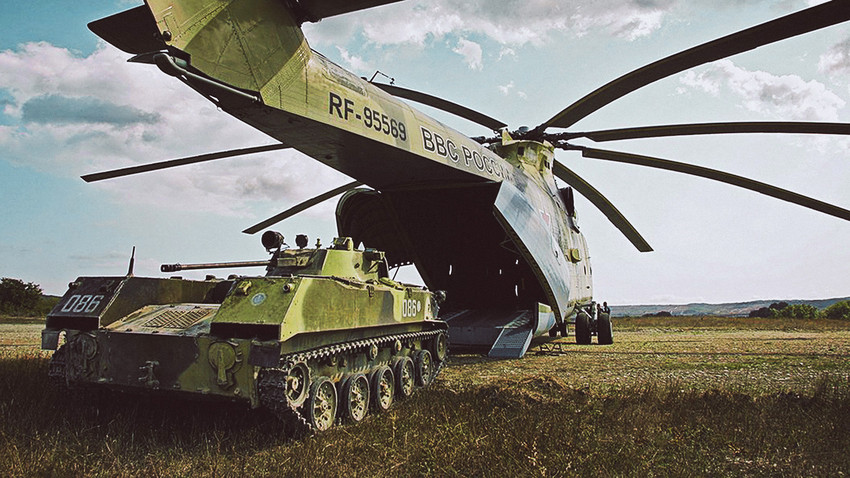 Global Look Press
The largest chopper in the world, the Mi-26, transports trucks, tanks, other helicopters, huge planes, and even polar bear cubs with ease.

This giant chopper is the pride of the Soviet and Russian helicopter industry. At 40 meters long the Mi-26 is the largest helicopter in the world, with 318 built to date 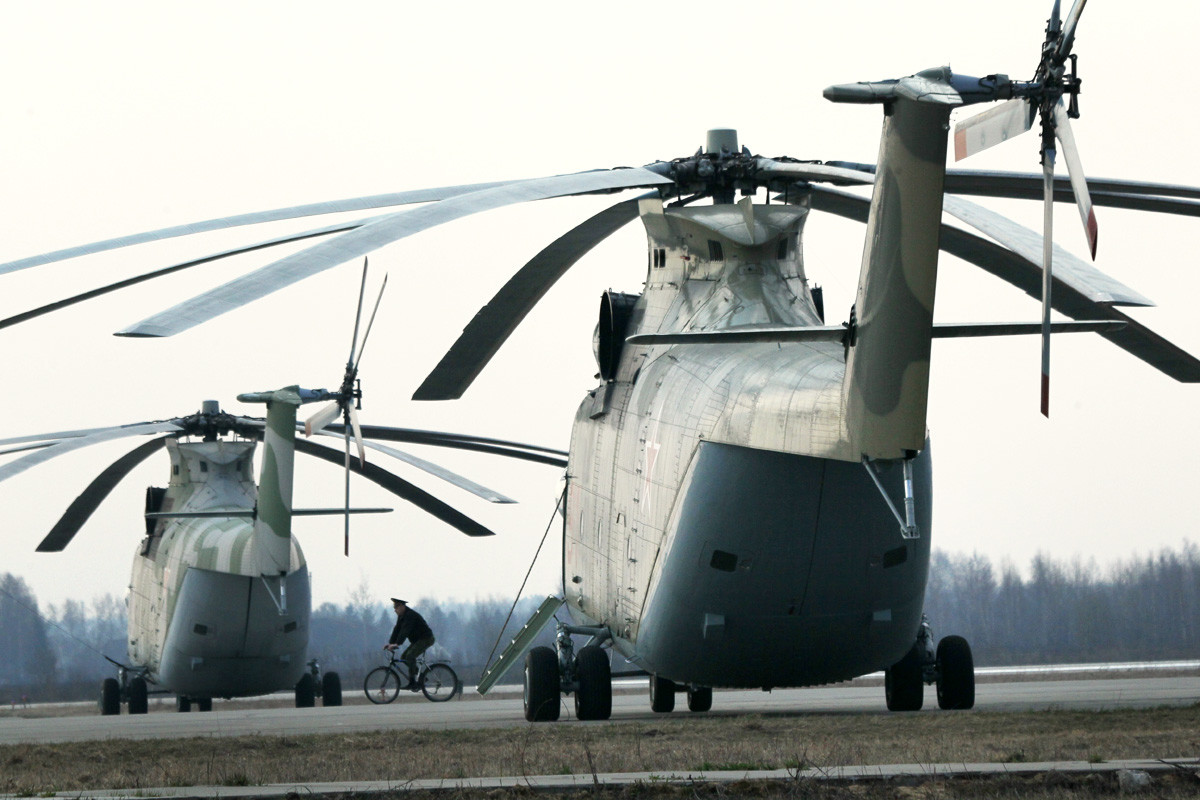 flying mammoth can carry up to 20 tons of cargo, either in its belly or by using cables 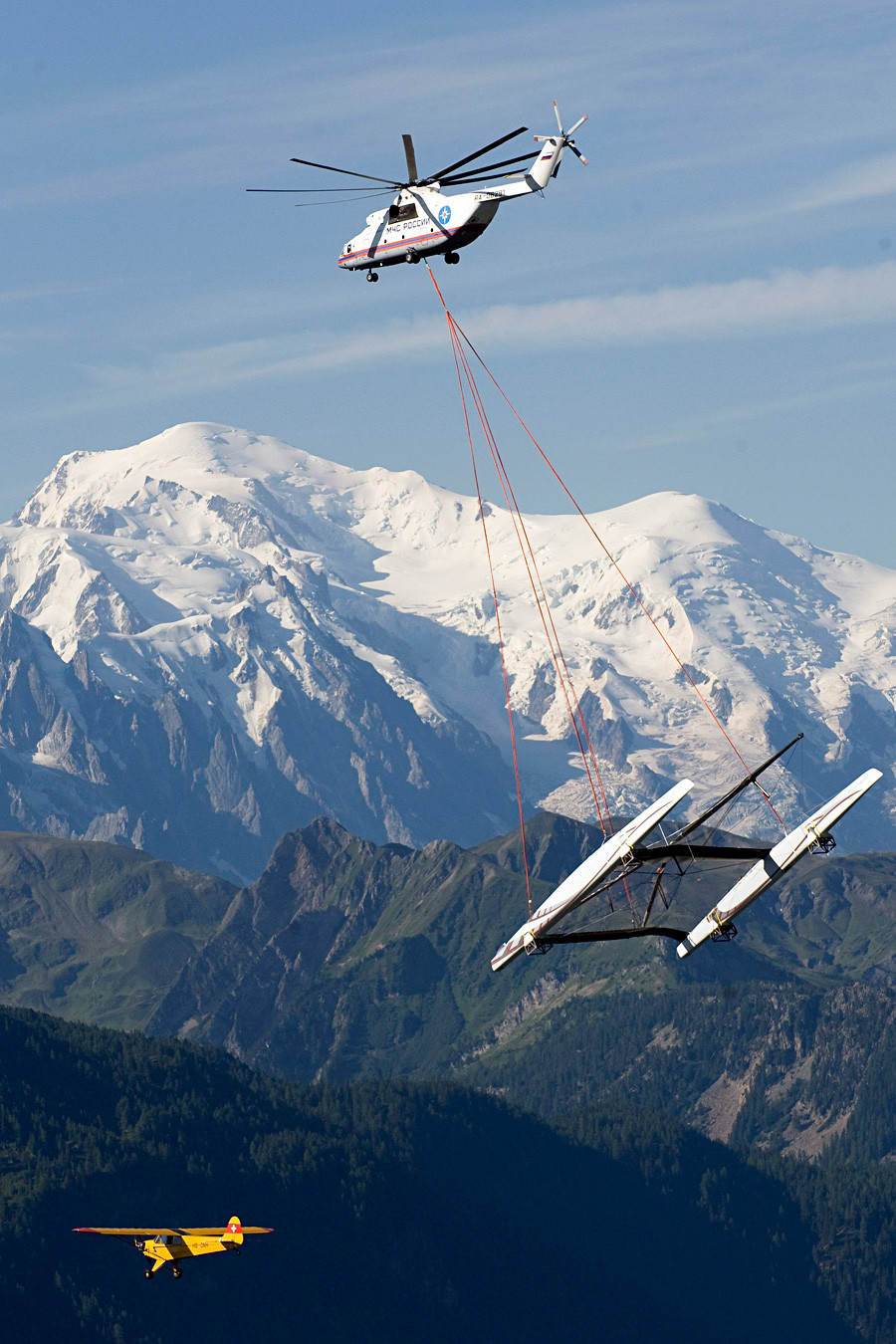 90 paratroopers comfortably fit inside the chopper, or 60 wounded soldiers lying down. However, in some cases over 100 people have squeezed inside , which boasts a cargo bay big enough to accommodate a basketball arena 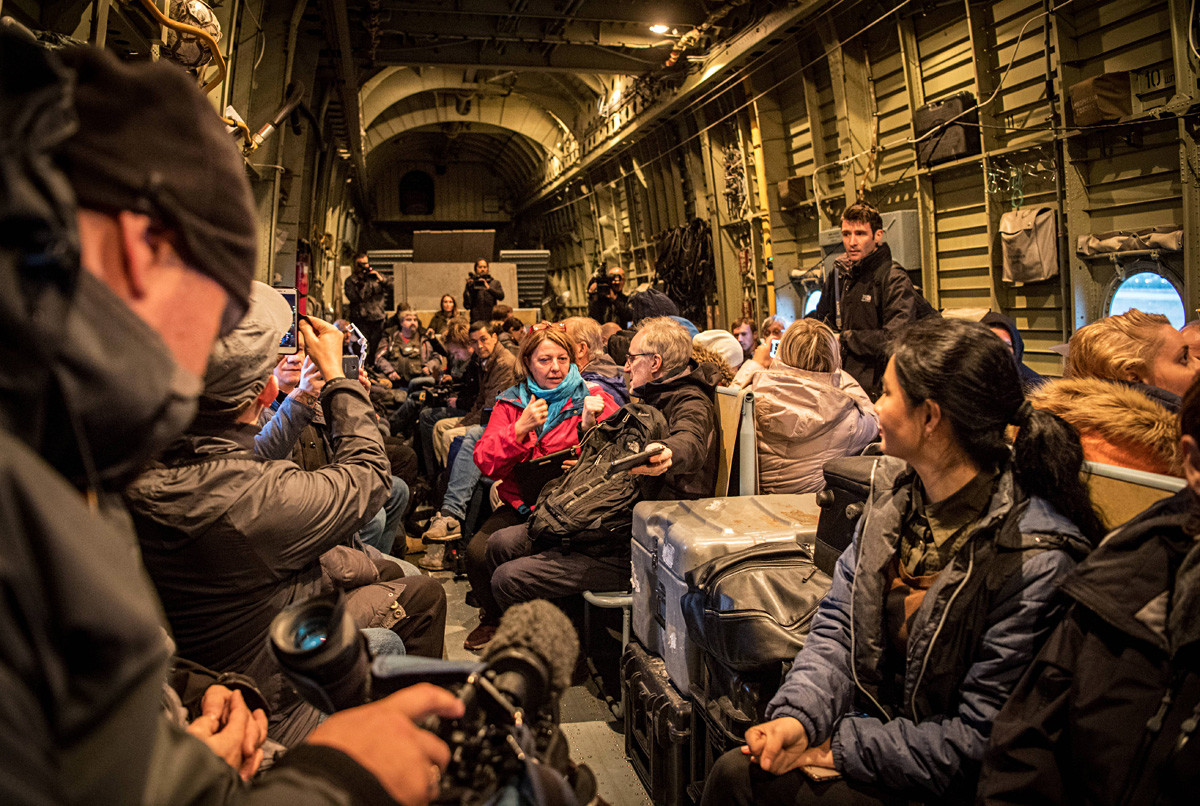 Mi-26 made its debut in Afghanistan in 1984. The helicopter transported combat evacuated the wounded from the and salvaged damaged Mi-8 helicopters 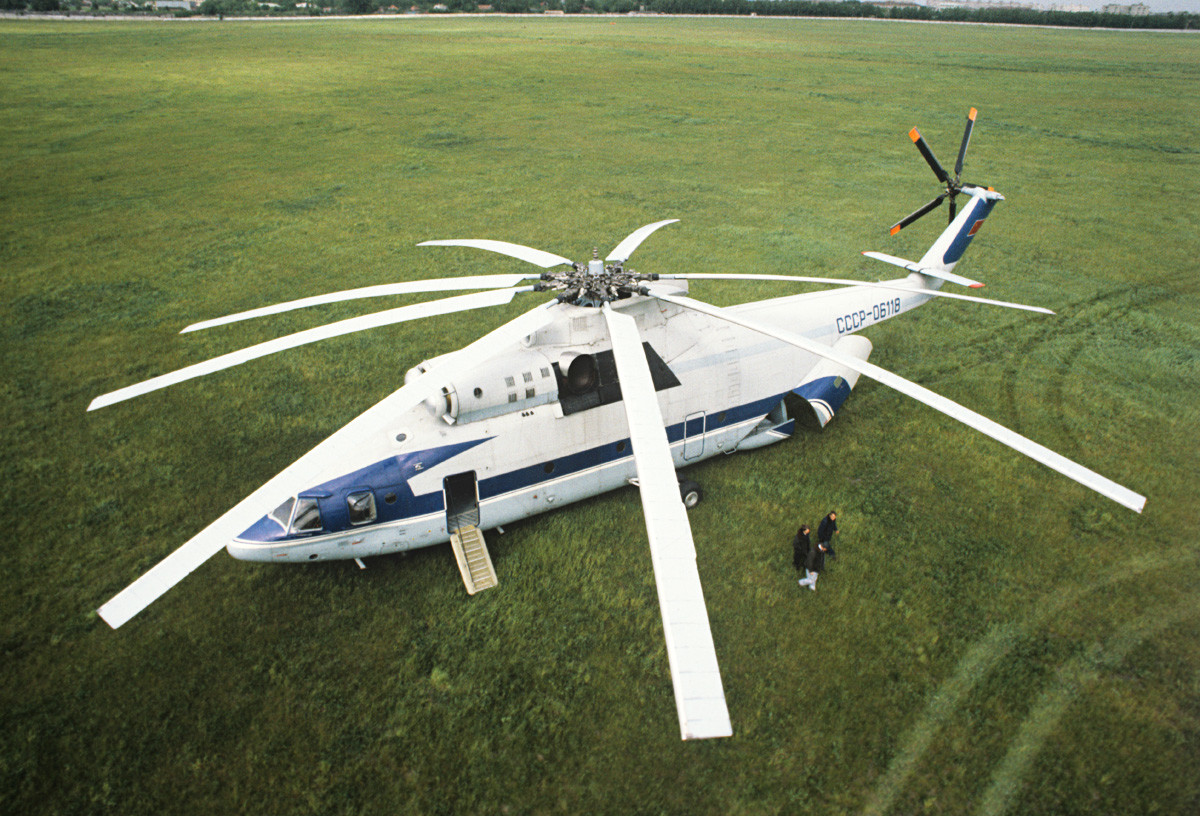 2002 the iconic chopper entered Afghanistan’s skies once again. It was used to evacuate two damaged MH-47E Chinook helicopters and one AS532 Cougar from the mountains

helicopter carries light tanks and infantry fighting vehicles with ease, but it’s not only used by militaries. The Mi-26 is employed in the industrial sector to transport materials and help with construction - it’s even used to fight fires. It was also called upon to rescue people following the Chernobyl disaster 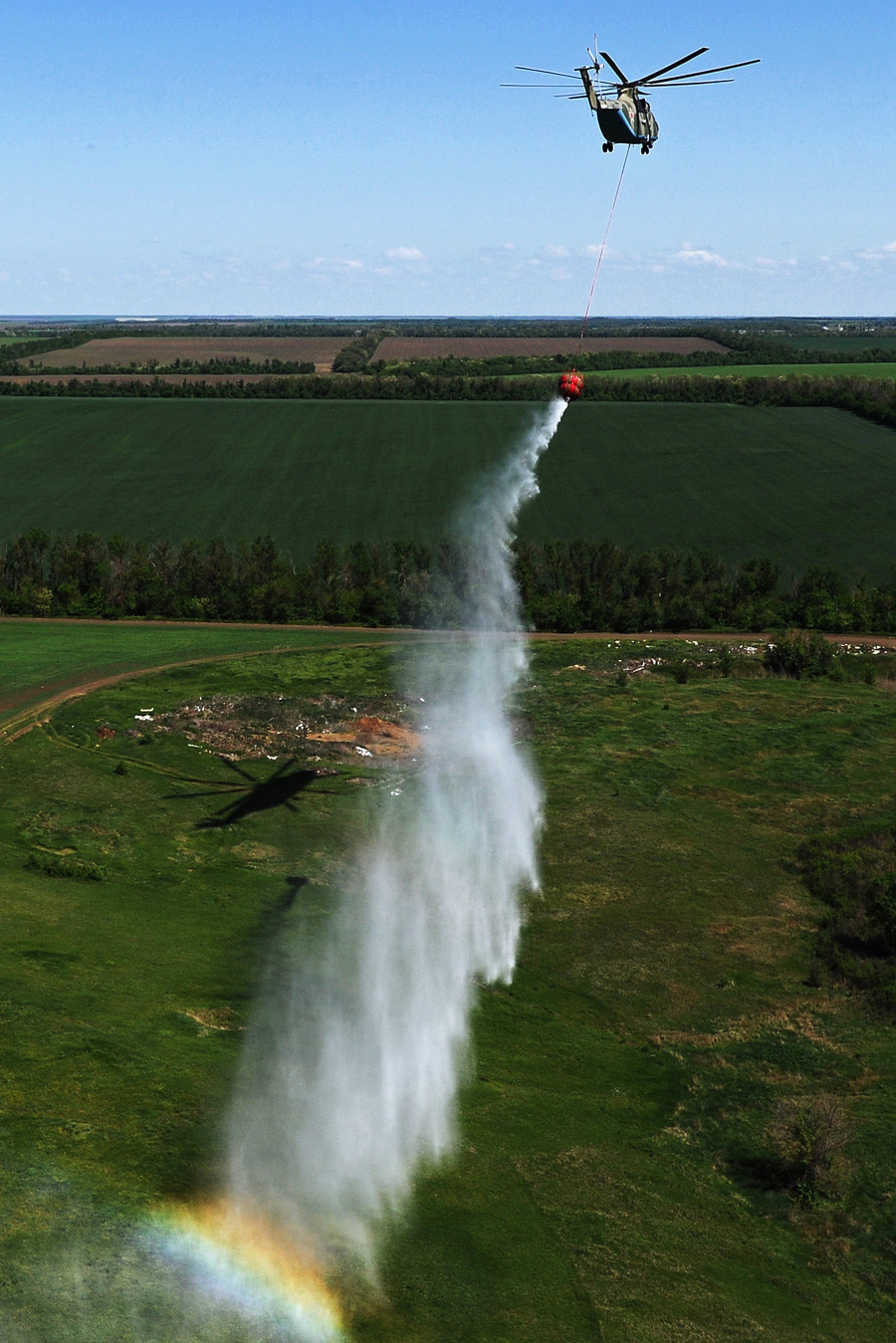 2009 carried a Tu-134 aircraft from Pulkovo Airport to the EMERCOM training range as St.Petersburg residents watched in amazement 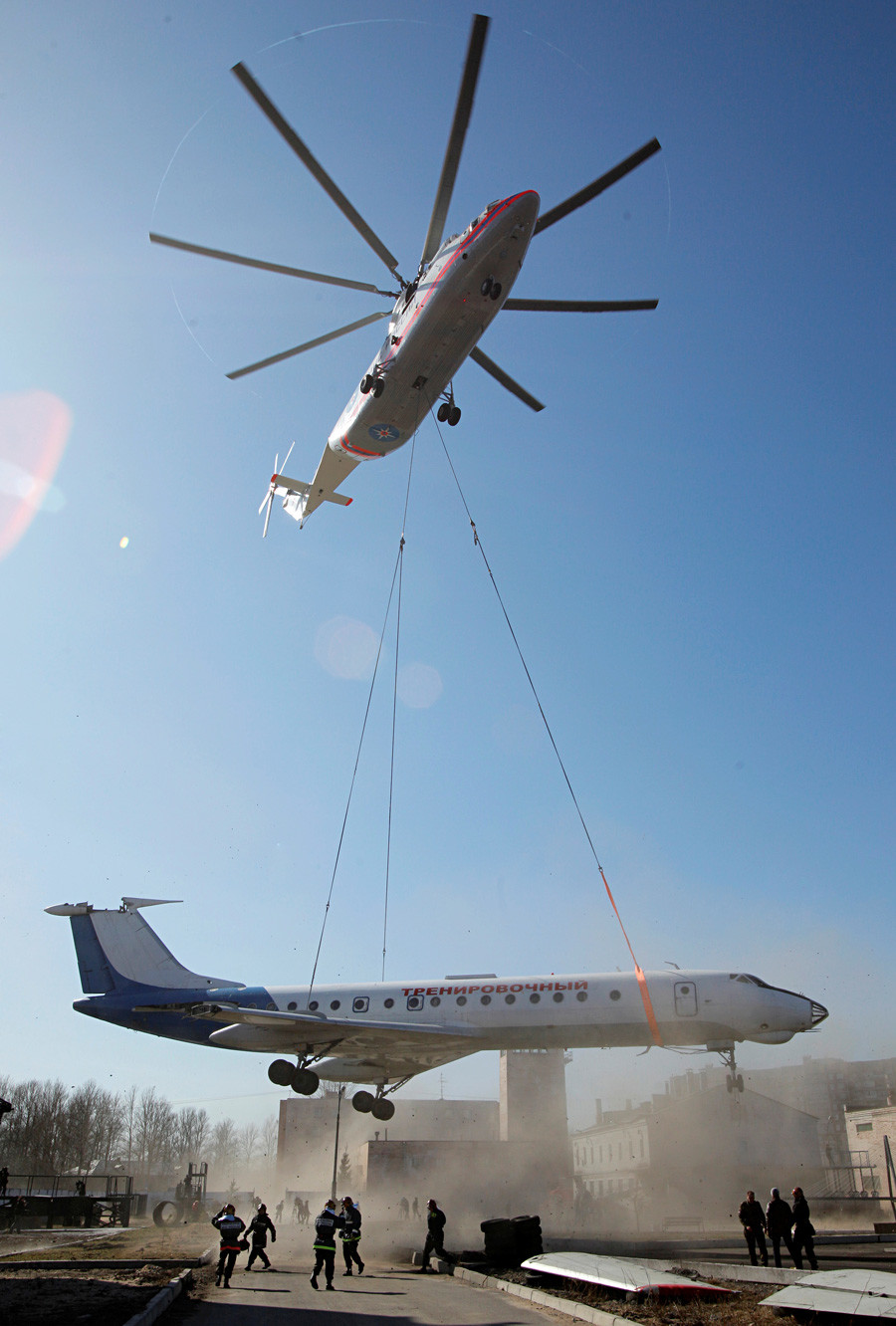 aircraft doesn’t always carry heavy cargo. Once a chopper was called in to save a polar bear cub who had lost his mother in the Arctic. The lucky creature was saved and taken to a natural reserve 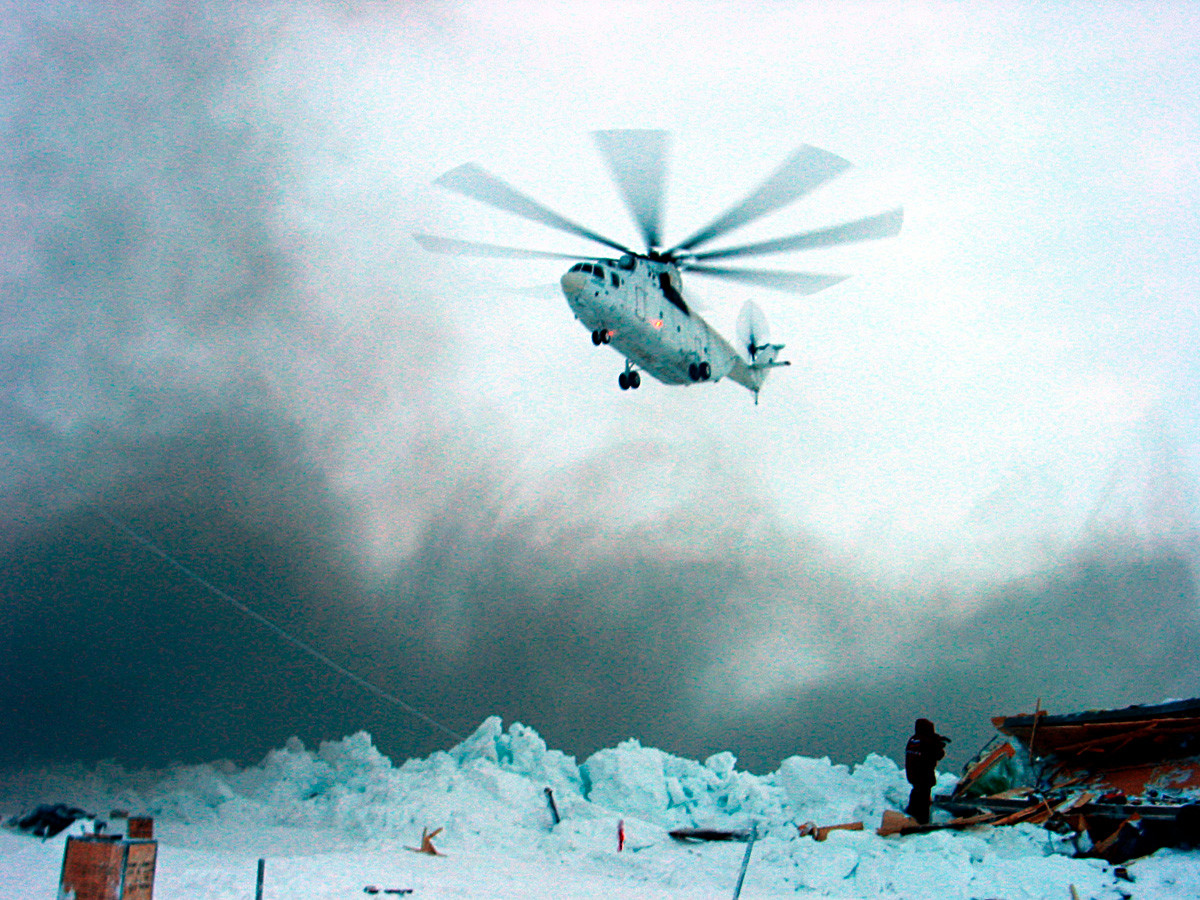 the title of “most unusual Mi-26 cargo” surely goes to a 20-ton, frozen woolly mammoth...

The remains of a c. 20,000 year old woolly mammoth were extracted and airlifted by a MI 26 helicopter from the frozen tundra of the Taimyr Peninsula in Siberia. In 2000, the careful defrosting operations began with the use of hairdryers to keep fur and other soft tissue intact. pic.twitter.com/W6YNJD91iM

Unfortunately, the world’s largest chopper is connected with the deadliest helicopter crash in history. In 2002, during the Second Chechen War, was blown out of the sky by Chechen militants, killing 127 people on board. 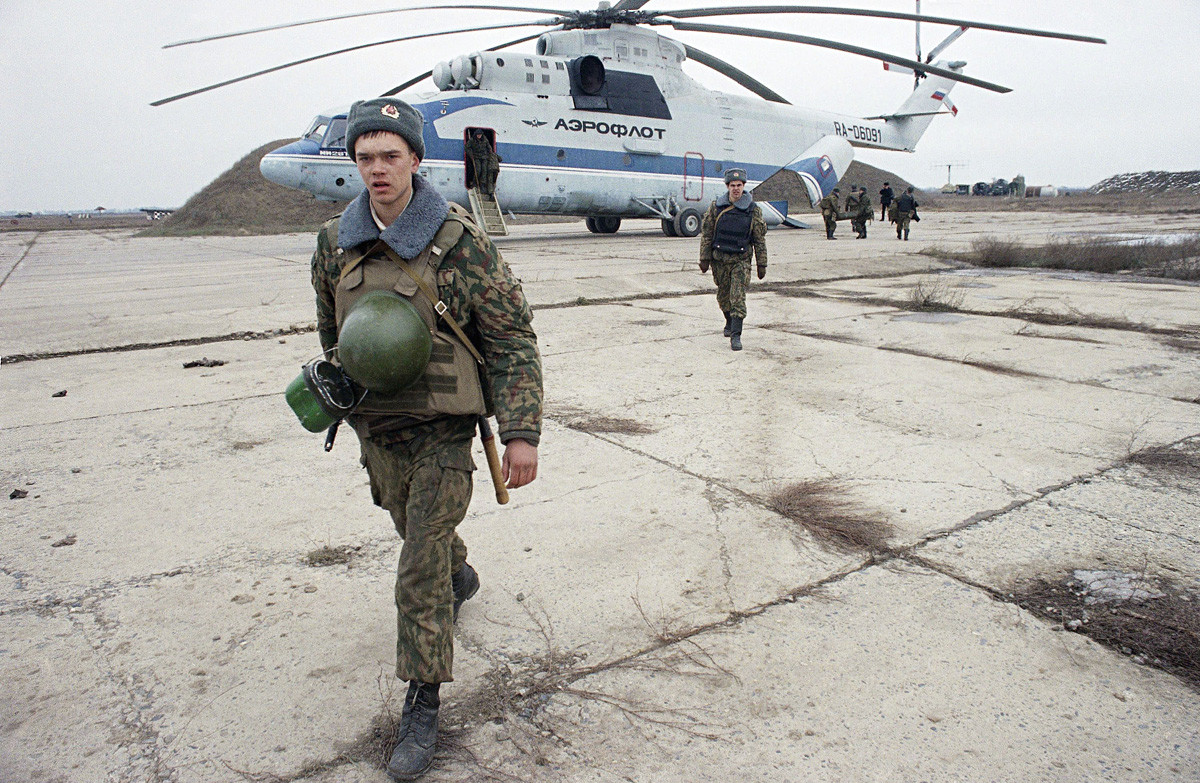