Science & Tech
Nikolai Litovkin
Israeli companies have created a series of modifications for Kalashnikov assault rifles from across the globe. Even a rusty old piece of junk can be transformed into a weapon that would not look out of place on a special op behind enemy lines. 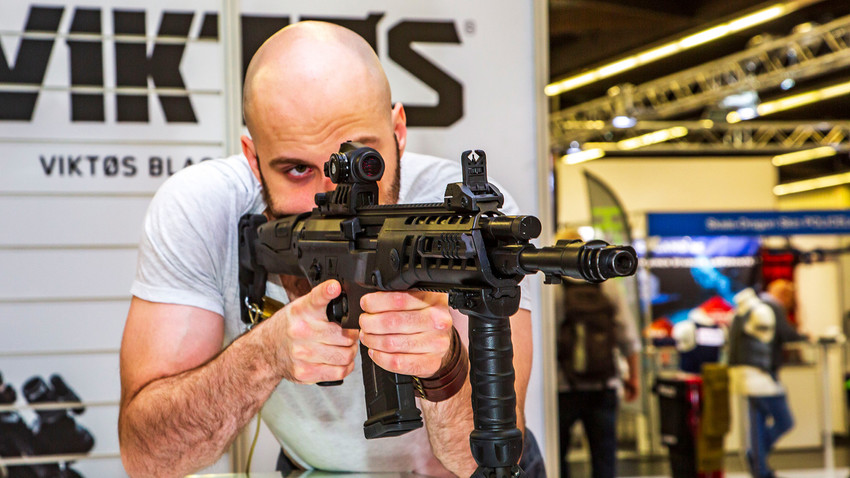 “We completely change the rifle while still using the engine of the Kalashnikov assault rifles. So we provide operatives and customers with the most reliable gun platform on the market, but enhanced with the latest weapon and shooting technologies,” the company’s CEO Moshe Oz told Russia Beyond.

The Israeli company upgrades all components and mechanisms with the exception of the most important part—the Kalashnikov “engine,” which brought the rifle worldwide fame for its efficiency and reliability. 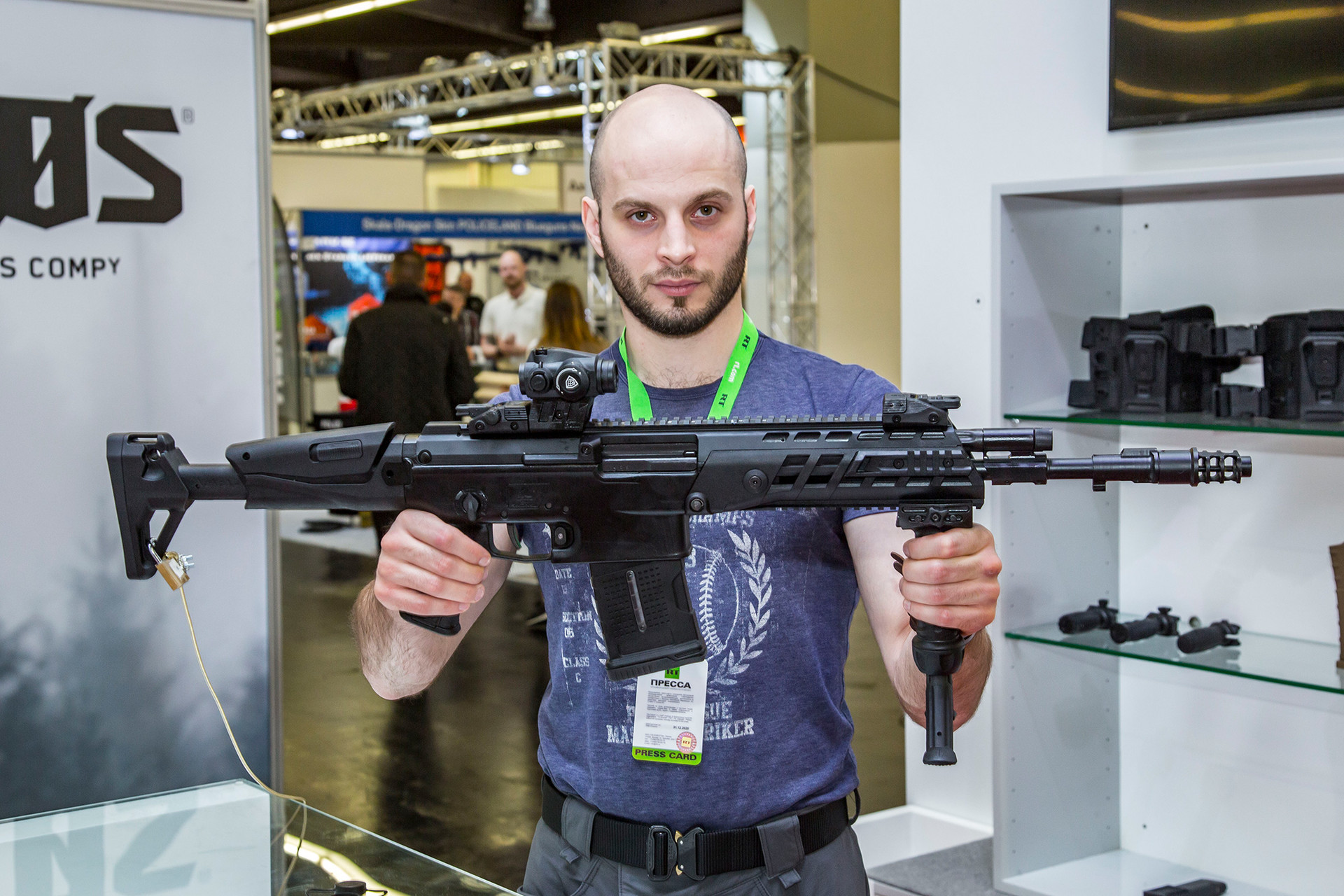 The firm highlights the redesigned gas-extraction system as the key alteration. According to the company's CEO, the modified models can fire in full-auto mode, but unlike before, the weapon does not “bounce,” causing the shooter to fire above and right of the target. Instead, even a poor marksman can punch all 30 rounds into the target, without deviating from the aiming line.

“What's more, everything on the gun can be folded and can be used by right- and shooters. You can add grips, red dots, bipods—anything you want on our AK ALFA series,” the owner added.

A close examination reveals that the company has even modified the traditional Kalashnikov reloading mechanism to the one used in the US AR-15.

In other words, the shooter no longer needs to waste precious combat time struggling with the stiff metal magazine release catch, inserting a new magazine, and then spinning the weapon in the hand to rack the slide and dispatch the cartridge into the gun. 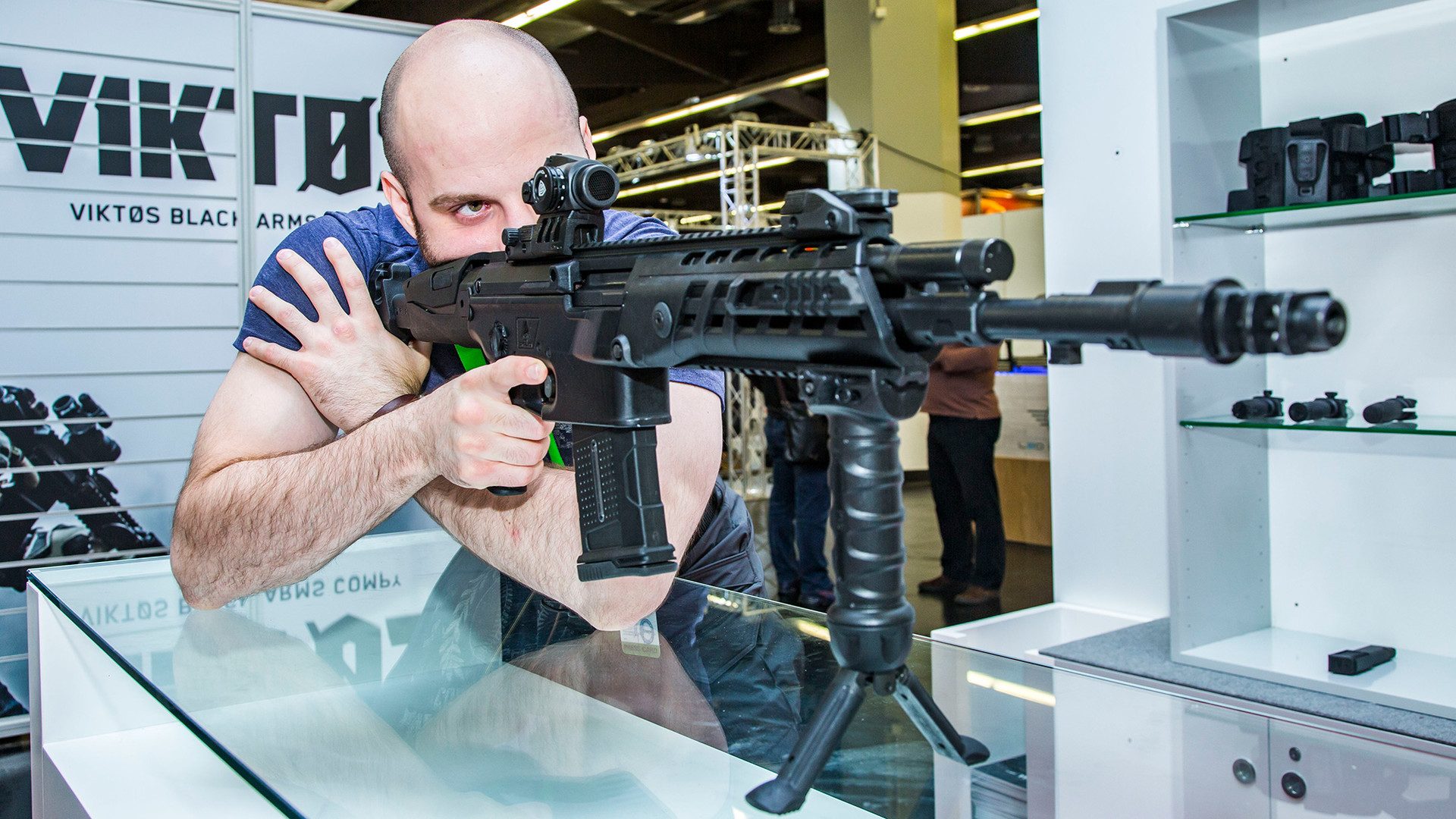 Now the release button is positioned directly above the index finger, as on the US AR-15. It is very soft, lightweight, and instantly offloads the empty magazine, whereupon the soldier, with a straightforward movement, loads a fresh magazine into the rifle and continues firing at the enemy, saving precious seconds and potentially lives.

Moreover, the safety catch has also been moved directly above the thumb, as on the AR-15.

“So now the assault rifle is more accurate and comfortable to use,” the CEO added.

As he explained, a Kalashnikov assault rifle to the specimen in the photo costs around 1,100 euros. 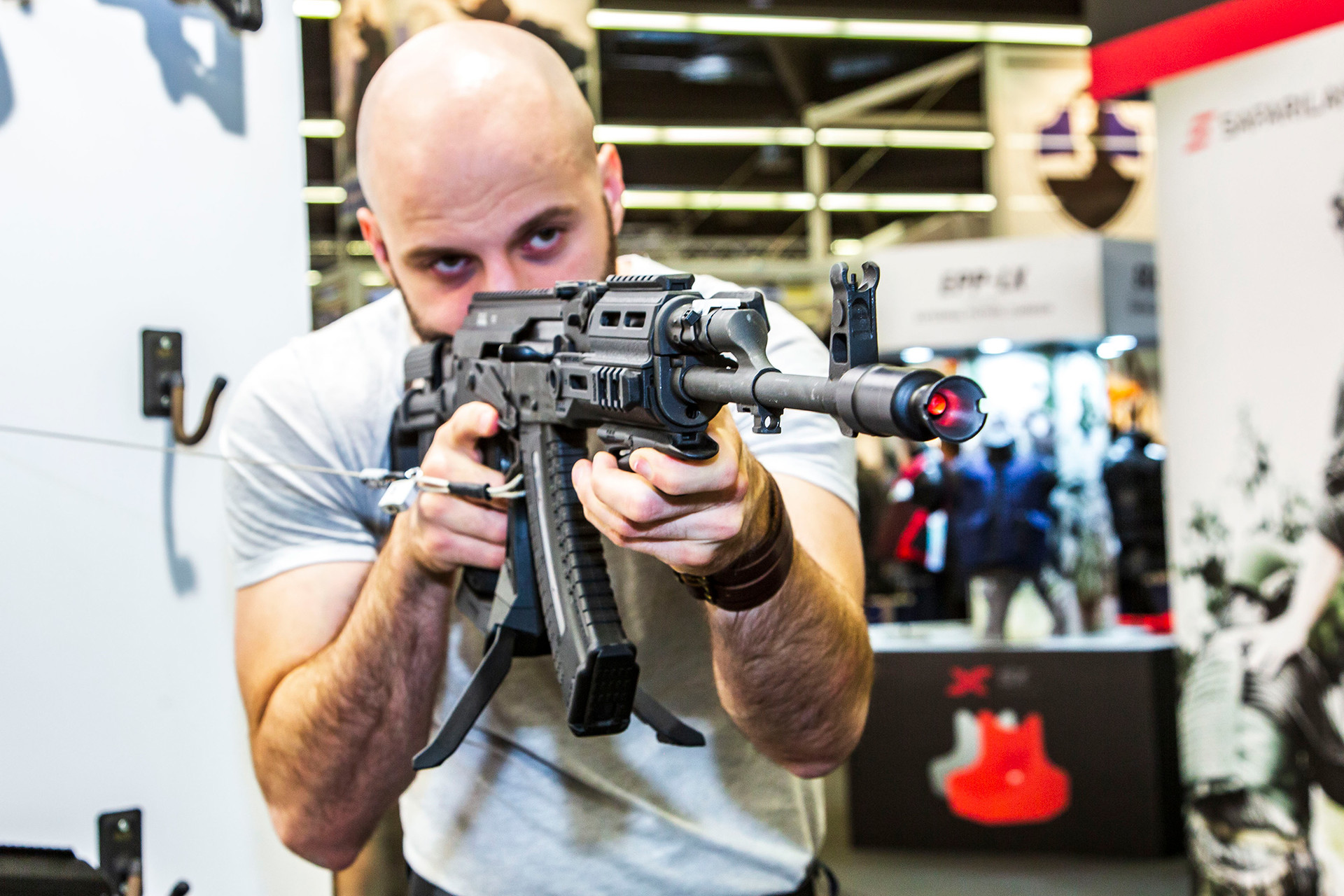 Whereas the above company is focused on a total reworking of the Kalashnikov assault rifle, leaving only the “heart” intact, experts at FAB Defense set about fine-tuning the AK to improve its ergonomics and enable even a non-professional shooter to feel like an elite commando armed with a top-class weapon on a mission to take out Bin Laden.

The company modifies all AK models, ranging from the classic mid-1950s range to the AK-100 series.

Let’s start with one of the firm’s key developments—the forestock, which “quenches” the heat from the scorching barrel during firing.

“All operatives know how hot the Kalashnikov gets during an engagement—it can burn you in the literal sense of the word. We were able to solve this problem by adding heat-absorbing materials to the forestock,” an official spokesperson for FAB Defense told Russia Beyond 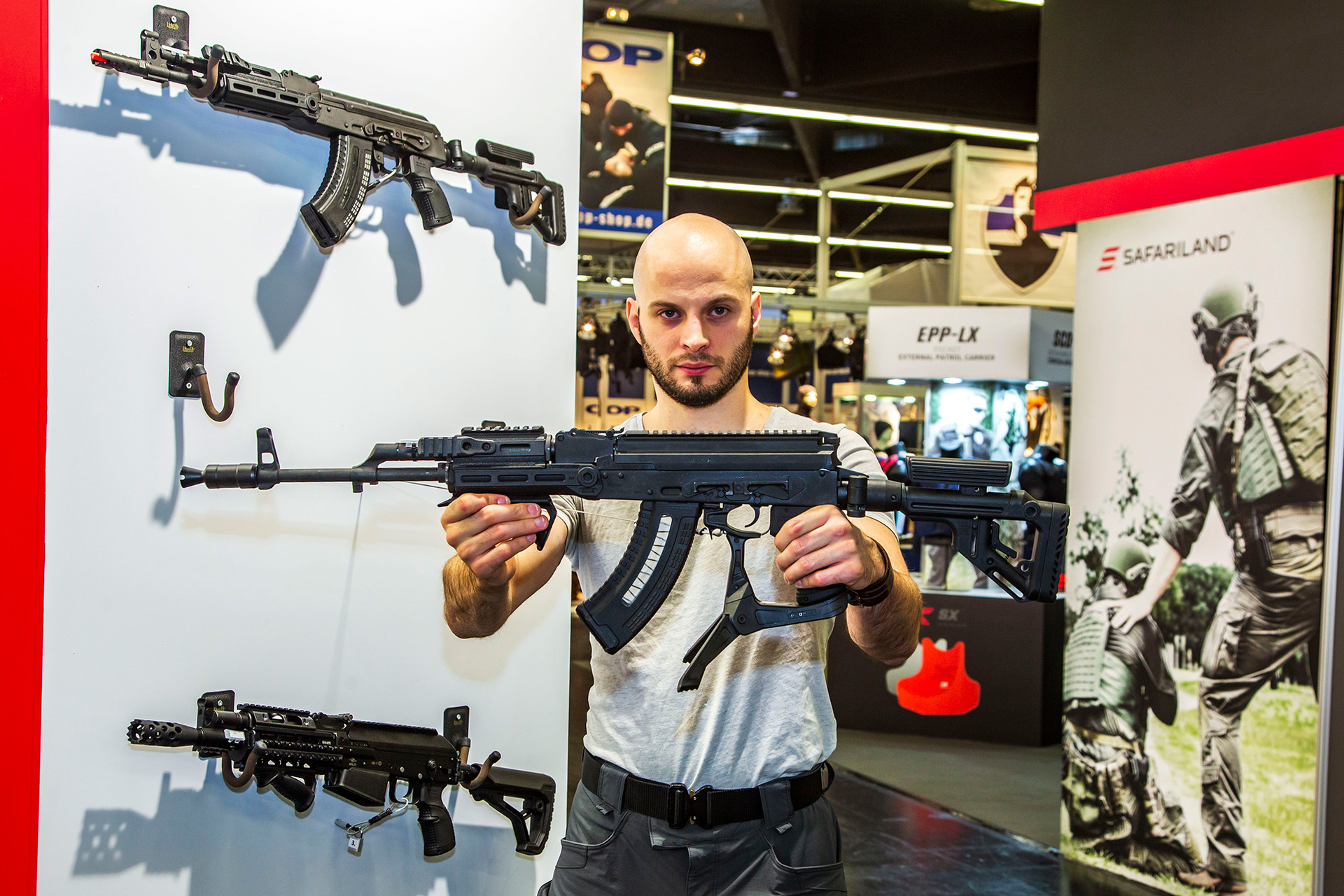 the same time, company engineers developed new shock-resistant barrel covers with Picatinny rails for all AK series for installing a collimator, thermal imagery scope, or of sight to deal with terrorists.

In addition, the rifle butt can be customized (most mass-produced weapons are made for the “statistically average” person). The new range includes folding and tiltable and ones with a built-in recoil compensator. The latter feature stabilizes the AK so it no longer jolts upwards after 5-10 shots—all bullets fly in a smooth line toward the target.

But the cherry on the cake is the podium bipod built into the handle, which turns the shooter into a stationary firing point.

“It allows the operative to rest the weapon on windowsills and other sheltering objects, and direct fire at militants from positions that were previously impracticable,” said the spokesperson, adding that all these new AK features are supplied from Israel and company subsidiaries to law enforcement agencies worldwide, and are also available to shooting sports enthusiasts.