Russia has developed a versatile new buggy for its special forces 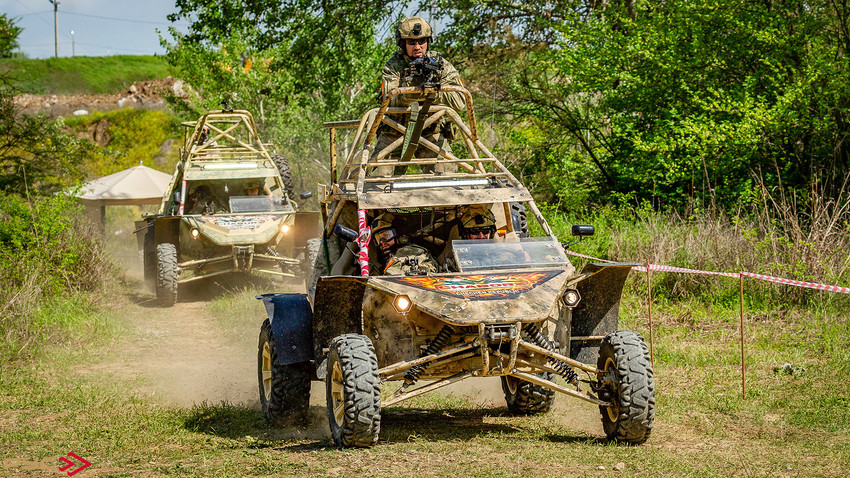 Evgeniy Kel
The new vehicle is designed for fighting in even the most inaccessible mountainous and wooded terrain in Russia and abroad.

At the Victory Day parade in Moscow on May 9, the Russian army presented one of its latest acquisitions, the Chaborz-M3 multipurpose assault buggy. This is a new class of vehicles for the Russian armed forces. 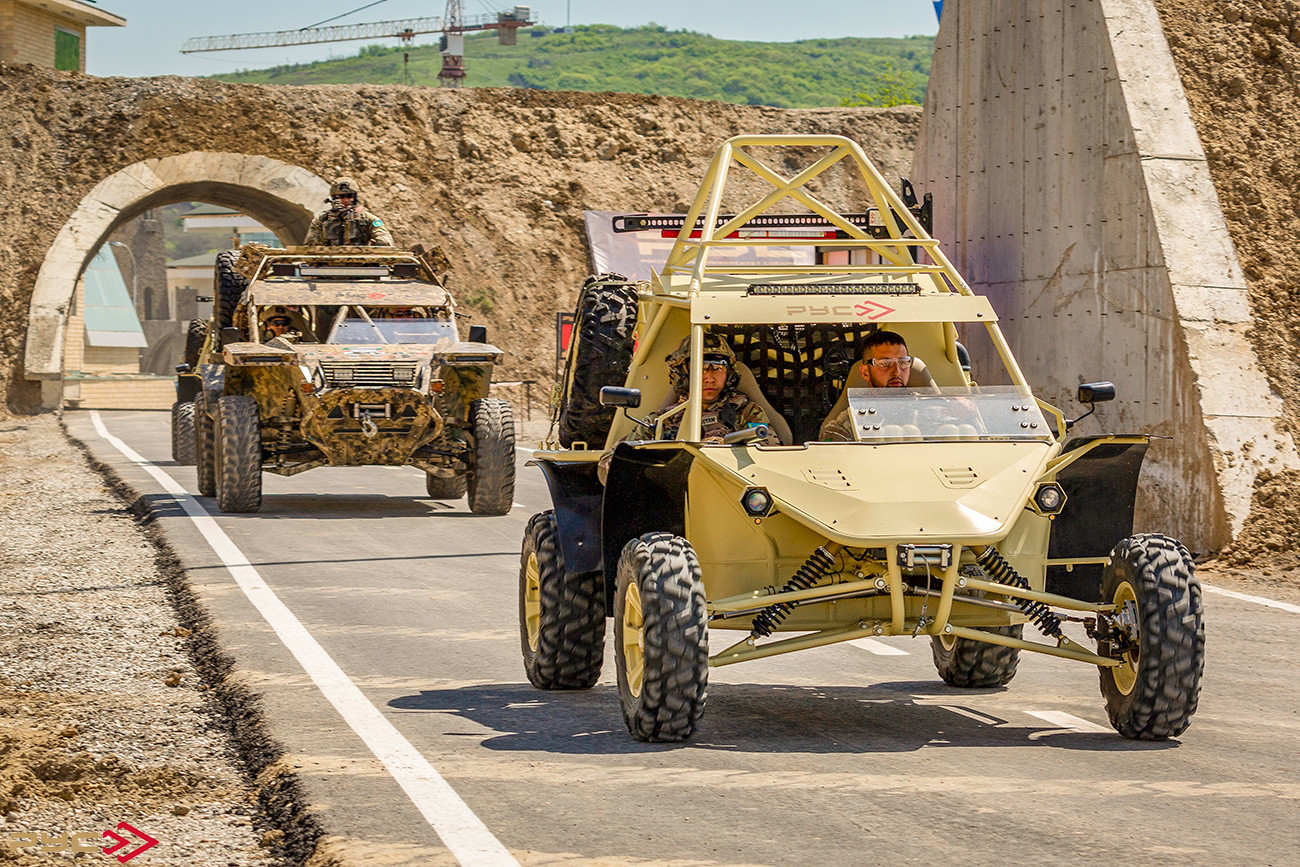 The Chaborz-M3 is a militarized all-terrain vehicle designed to operate in inaccessible mountainous and wooded areas, as well as in Middle Eastern deserts. It is capable of maneuvering over fallen trees and boulders up to half a meter tall and can climb slopes and hills at an angle of up to 80-90 degrees.

The buggy accommodates three people: the driver, a machine gunner a grenade thrower. Each has their own dedicated space that is designed and equipped for their particular set of tasks. The driver's position is straightforward and includes the steering wheel, the gearbox, pedals, etc. The machine gunner and the grenade thrower have mounts and additional ammunition for their weapons (and the buggy can be fitted to accommodate all kinds of firearms, including ones manufactured in the United States, Israel or even China) 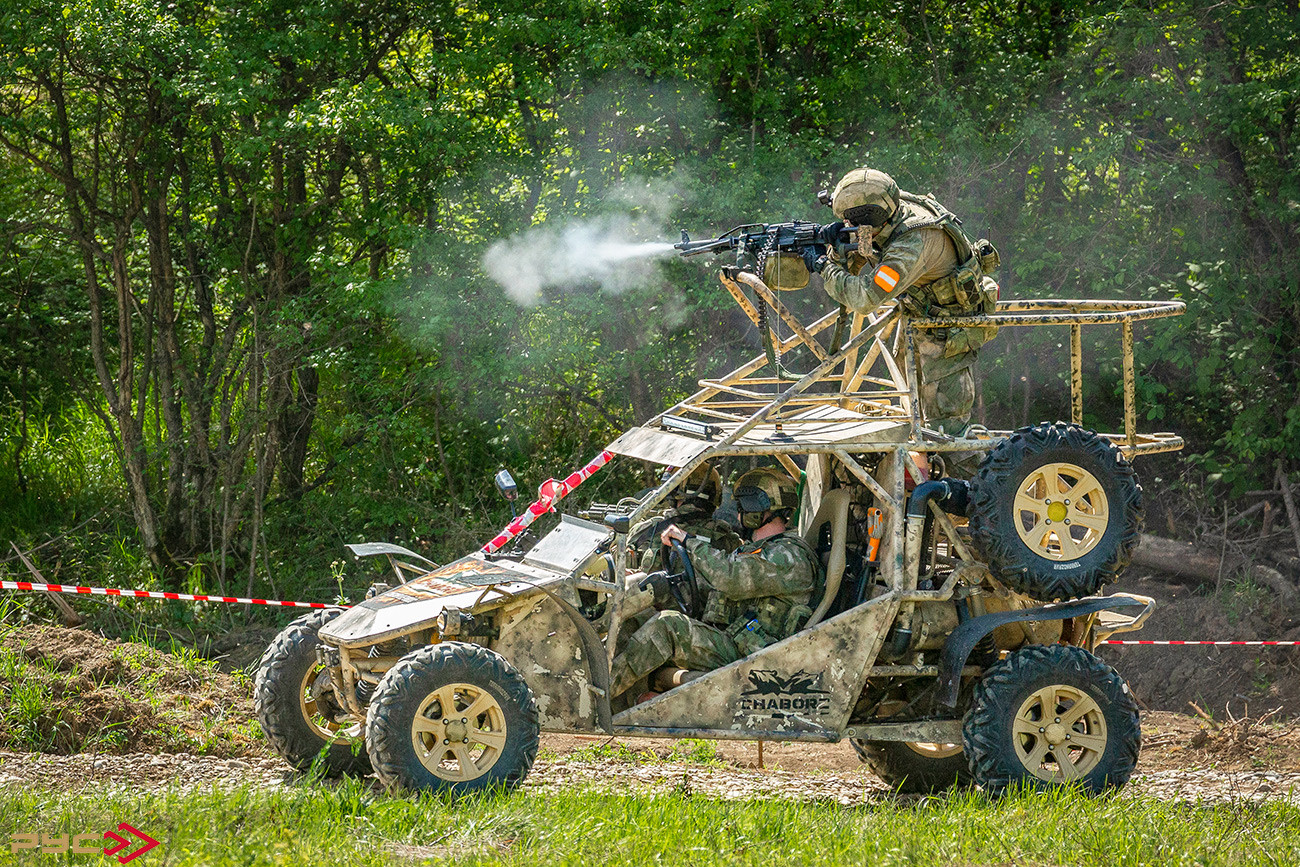 The buggies are designed to operate in a group of several vehicles, so a raid will generally involve three or more vehicles at a time. 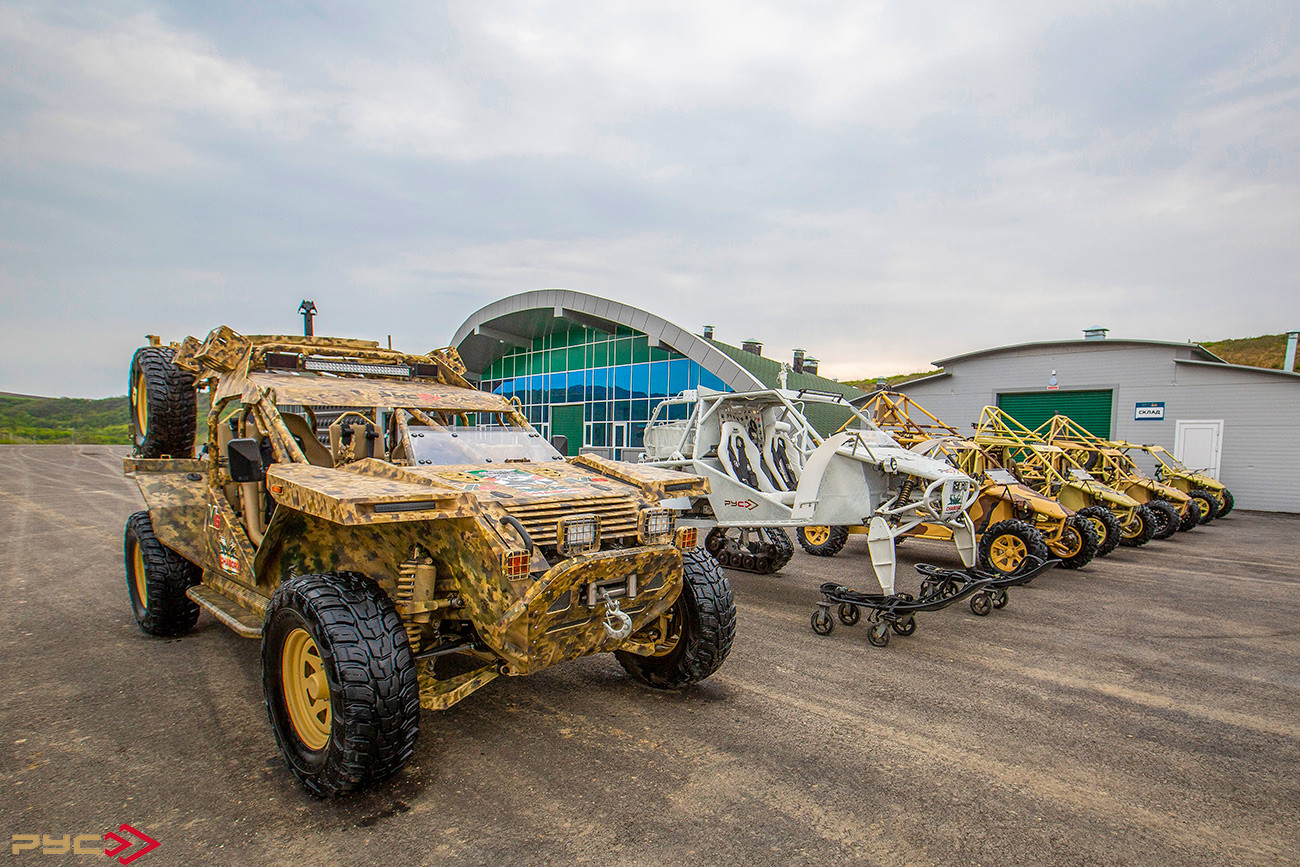 buggy is a multipurpose vehicle that can be used for a wide range of tasks. These include terrain reconnaissance, assault operations, functioning as a mobile outpost, for transporting special forces, operating a militant cordon in a certain area, etc.

The military says that these vehicles have been designed to perform in the unique conditions of wars. 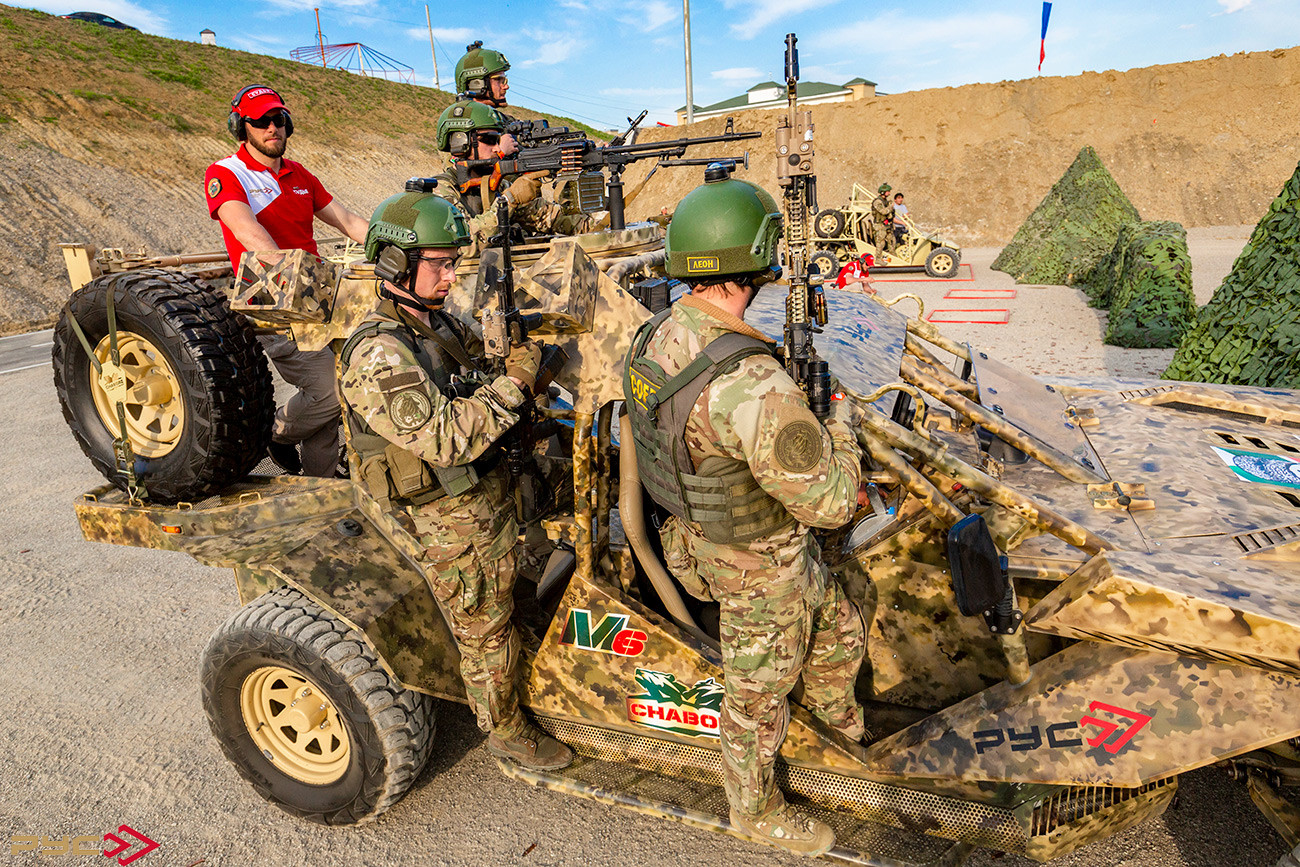 “These days, hostilities amount to local conflicts of high or low intensity. Hence the need for rapid response teams, which can reach the required destination in a matter of 30 minutes and eliminate guerillas/militants, who attacked people or a military convoy,” says Andrey, an instructor at the Russian Special Forces University who asked not to reveal his last name.

These buggies can be landed from helicopters and airplanes and are immediately ready for battle. That said, unlike a multi-ton airborne assault vehicle, a buggy cannot cross rivers. This is its main disadvantage. On the plus side, the is more mobile than other all-terrain vehicles and can make it behind enemy lines quicker.

The new buggies have already been tested in fighting in Syria, where they were in use for four months and took part in desert operations.

“They ran on the ancient gasoline 60. The engine turned out to be not picky and calmly 'digested' that fuel. After the combat tests, we thought it may be a good idea to add attachments for stretchers so that they can be used to transport the wounded from the battlefield. We are working on this now,” Andrey adds. 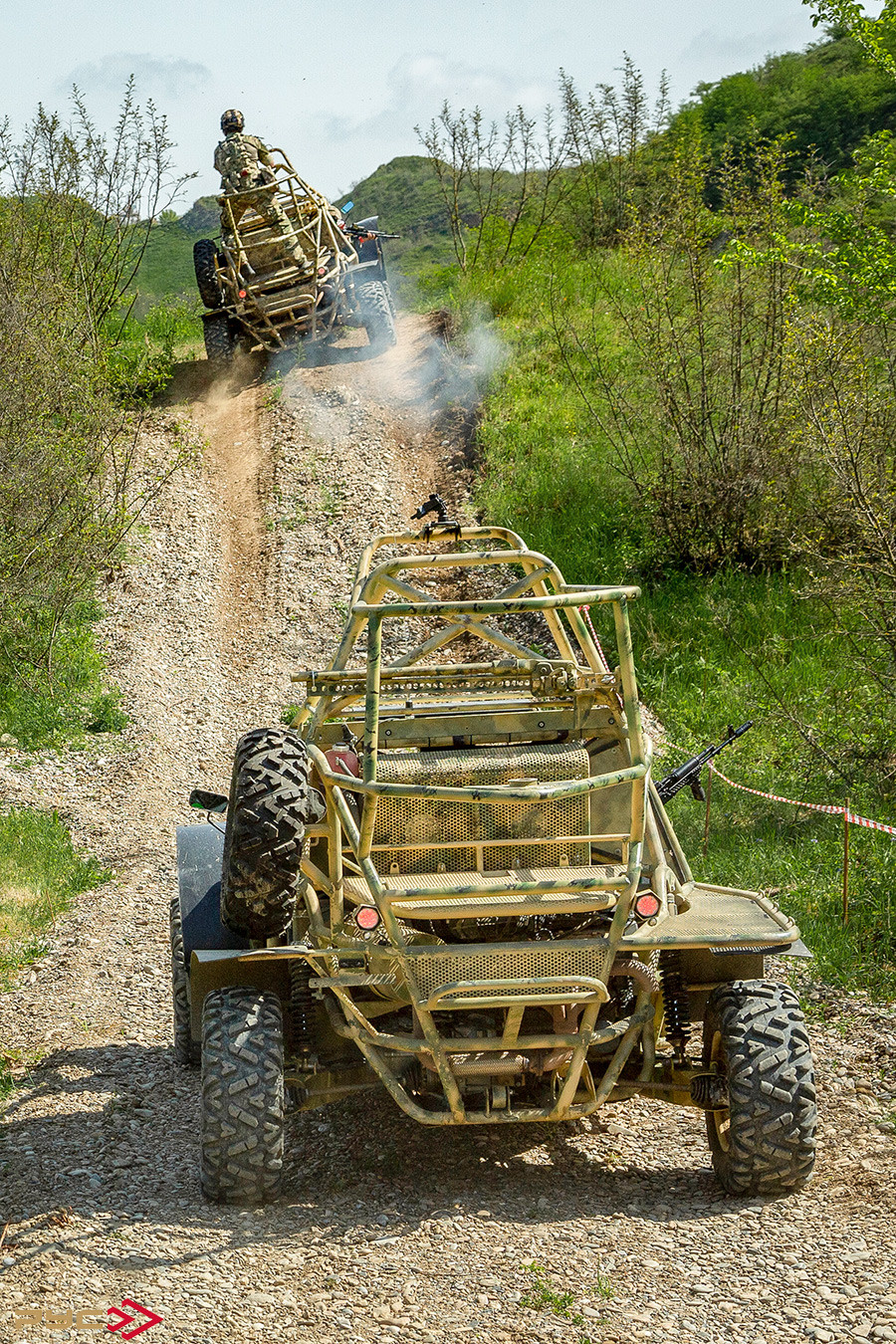 the vehicle was designed for the army, all its components are manufactured in Russia. The “heart” of the Chaborz-M3 is a Lada Priora engine, and its gearbox is an upgraded version of the Lada Grant gearbox.

The focus is on power and cross-country performance. The vehicle weighs 800 kg and can reach speeds of up to 130 km an hour both on roads and rough terrain.

The buggy's headlights allow it to operate at night and in complete darkness where there is no artificial light whatsoever.