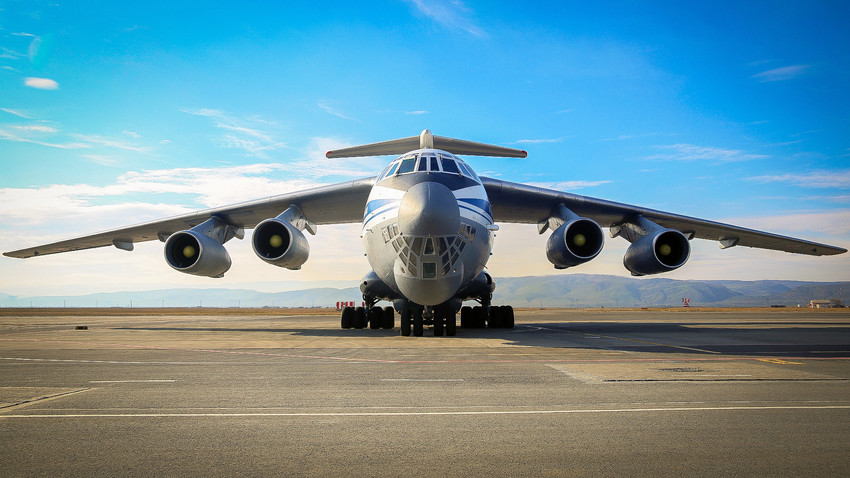 Musa Salgereev/Sputnik
Ilyushin Design Bureau went down in history by designing the most-produced combat aircraft ever and the favorite jet of North Korean leader Kim Jong-un. 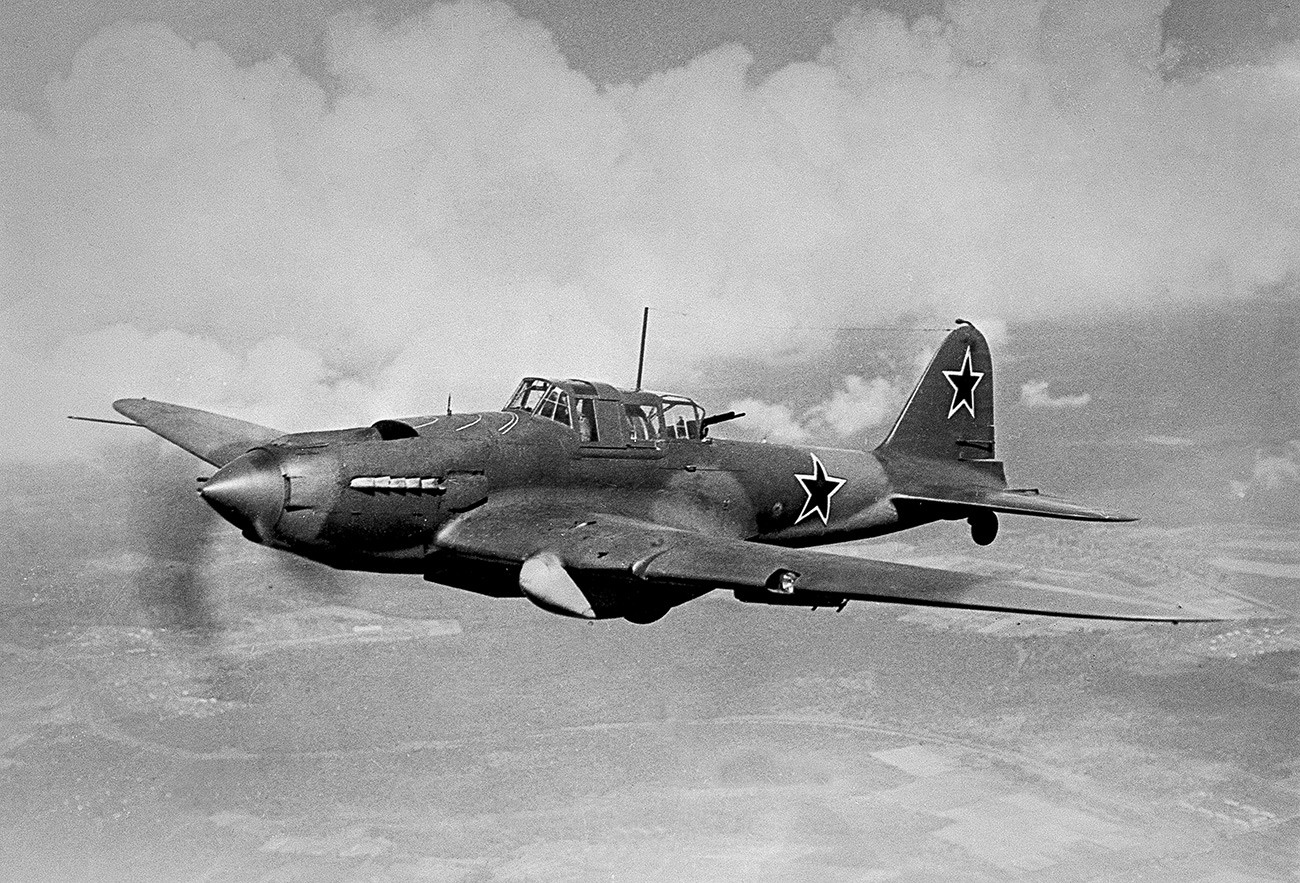 A true nightmare for the Germans, they called it the “black death.” The Soviets knew it as the “flying tank.”

In the early period of the war, the one-seater Il-2 suffered high losses from enemy interceptors. As a result, it was decided to design a two-seater aircraft to accommodate a gunner. The new version saw the light of day in 1942.

The gunner position was rather poorly protected, which led to high losses among the latter. Statistically, for each pilot killed seven gunners perished. The problem was solved in the Il-2’s modernized successor - the Il-10, where both seats were well protected. Unfortunately, it took to the skies only in 1944.

With 36,183 units, the Il-2 remains the most-produced combat aircraft in history. 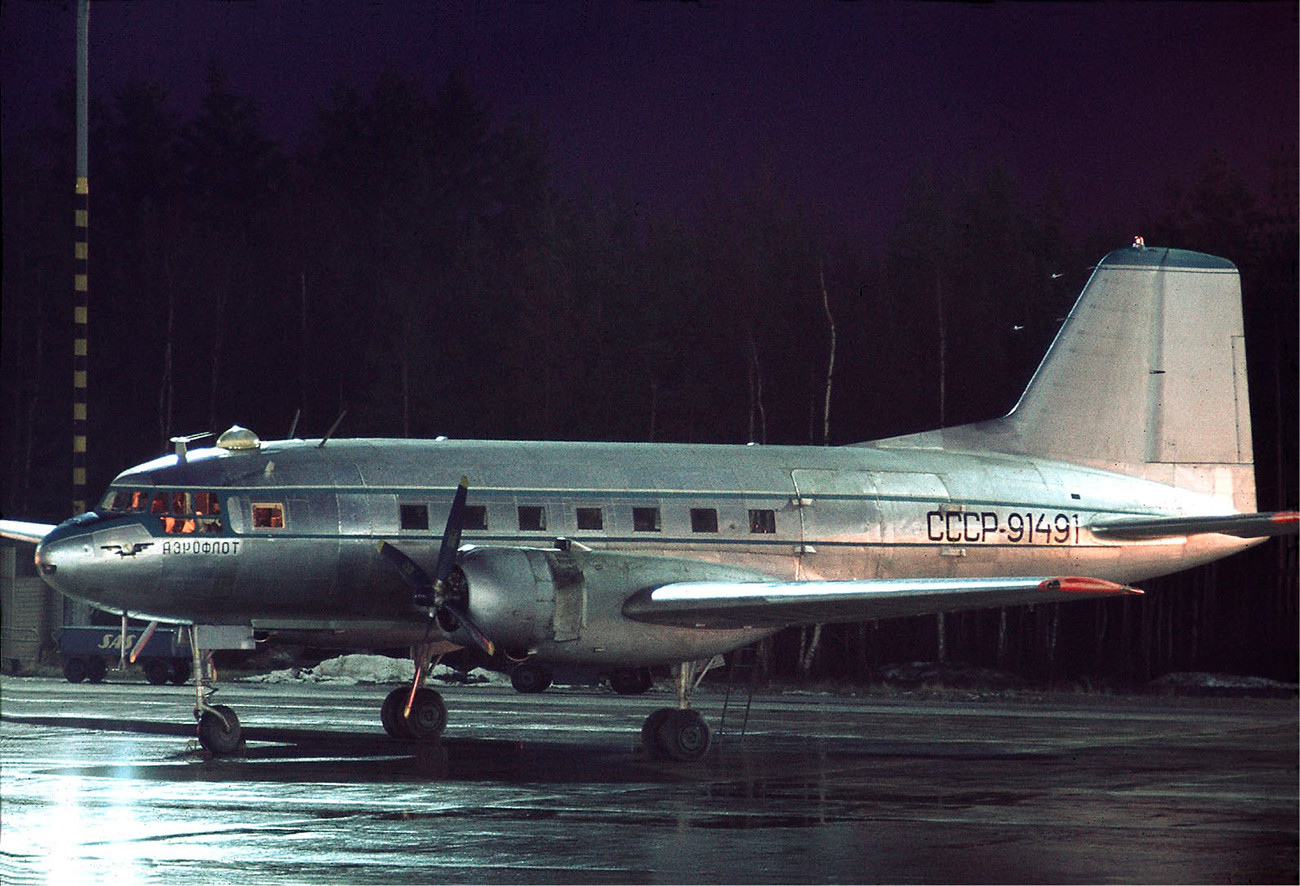 The Il-14 was the main Soviet passenger aircraft in the 1950s. It was actively used not only by the general public, but by high-ranking officials as well. This small aircraft with a maximum capacity of 36 regularly carried Soviet delegations to distant India, Afghanistan, and European countries.

Reliable and easy to maintain, the Il-14 perfectly proved itself in the harsh climatic conditions. That’s why it was chosen as the main Soviet aircraft for use in the Arctic, Antarctic, and the Russian Far North.

Due to its outstanding technical characteristics, the Il-14 was very popular worldwide and exported to 31 countries. Despite its advanced age, some of them are still in use in cargo and military transportation. 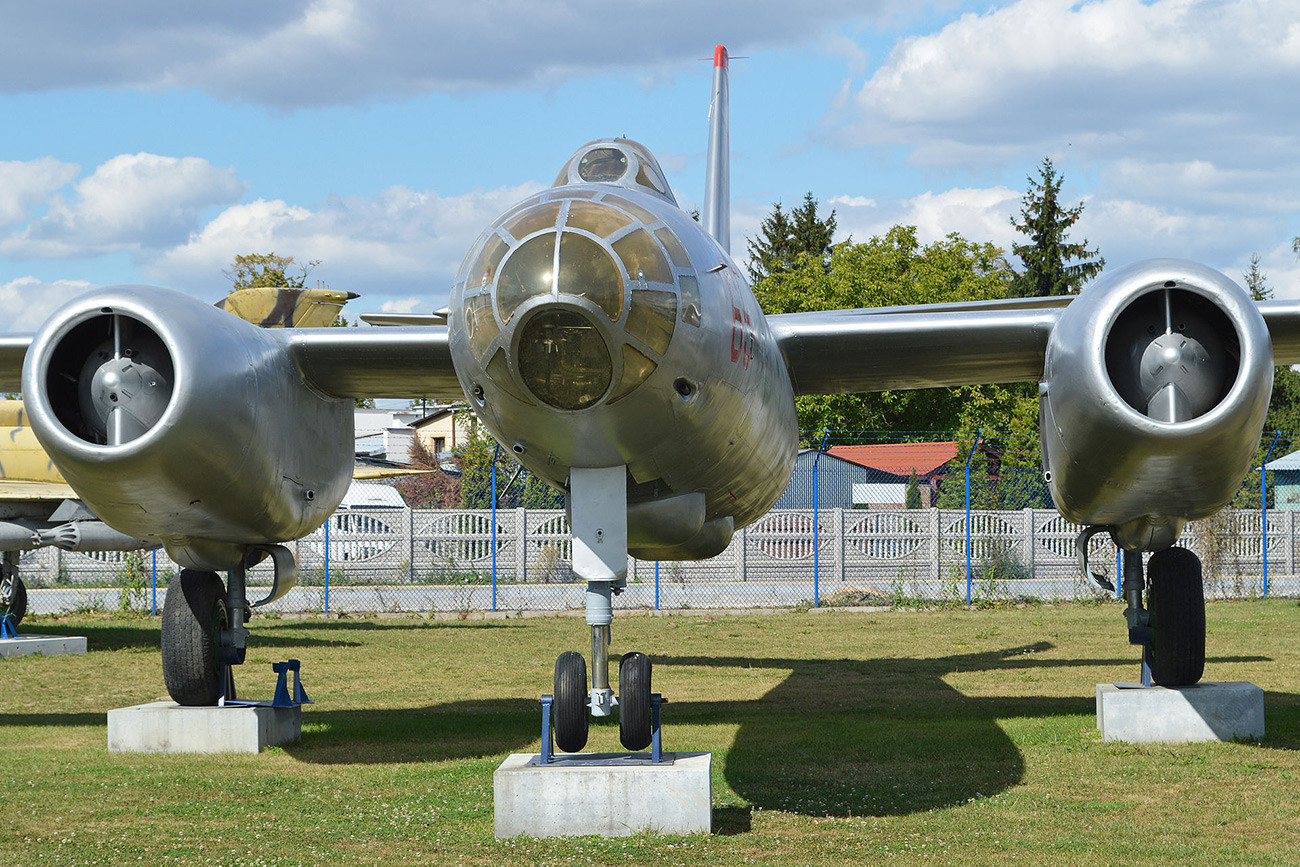 The first Soviet jet bomber, the Il-28 was much loved by pilots. It often “forgave” their in-flight mistakes, remaining controllable and stable.

The Il-28 underwent 17 modifications: from anti-submarine and torpedo bombers to a tactical nuclear bomber, armed with the RDS-4 nuclear bomb.

At Joseph Stalin’s funeral on March 9, 1953, among all Soviet military aircraft only the Il-28 was able to fly through the rain and snow at low altitude over Red Square and pay the last respects to the deceased leader. 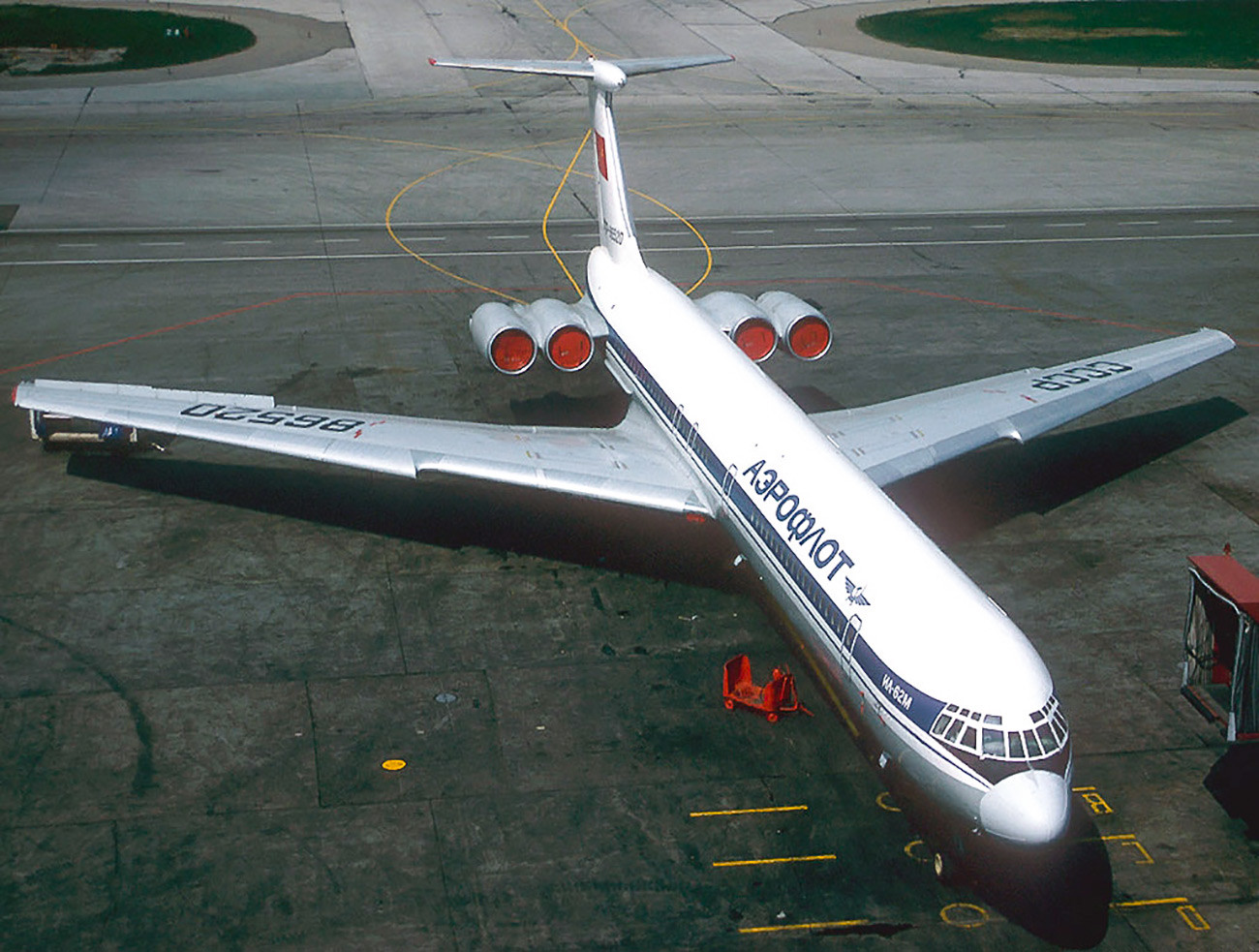 The Il-62 was the Soviet Union's first long-range jetliner designed for intercontinental flights. It was the world’s largest passenger aircraft, when it first took to the skies in 1963.

Fast, reliable, and much more comfortable than other Soviet aircraft, the Il-62 was intended to show the Soviet Union in a good light abroad. For decades, the Il-62M variant served as “Air Force One” for Soviet and Russian leaders until ceding this position in 1995 to the Il-96.

Nowadays, most Il-62 operators around the world have ceased to use it for commercial passenger transportation. The plane, however, is still in use by the Russian Ministry of Defense and EMERCOM.

Sudan still uses the Il-62 to carry members of the government, and North Korea remains the main operator of the jetliner today. Besides three aircraft used by local airline Air Koryo, one Il-62 serves as the equivalent of Air Force One for the country’s leader Kim Jong-un. 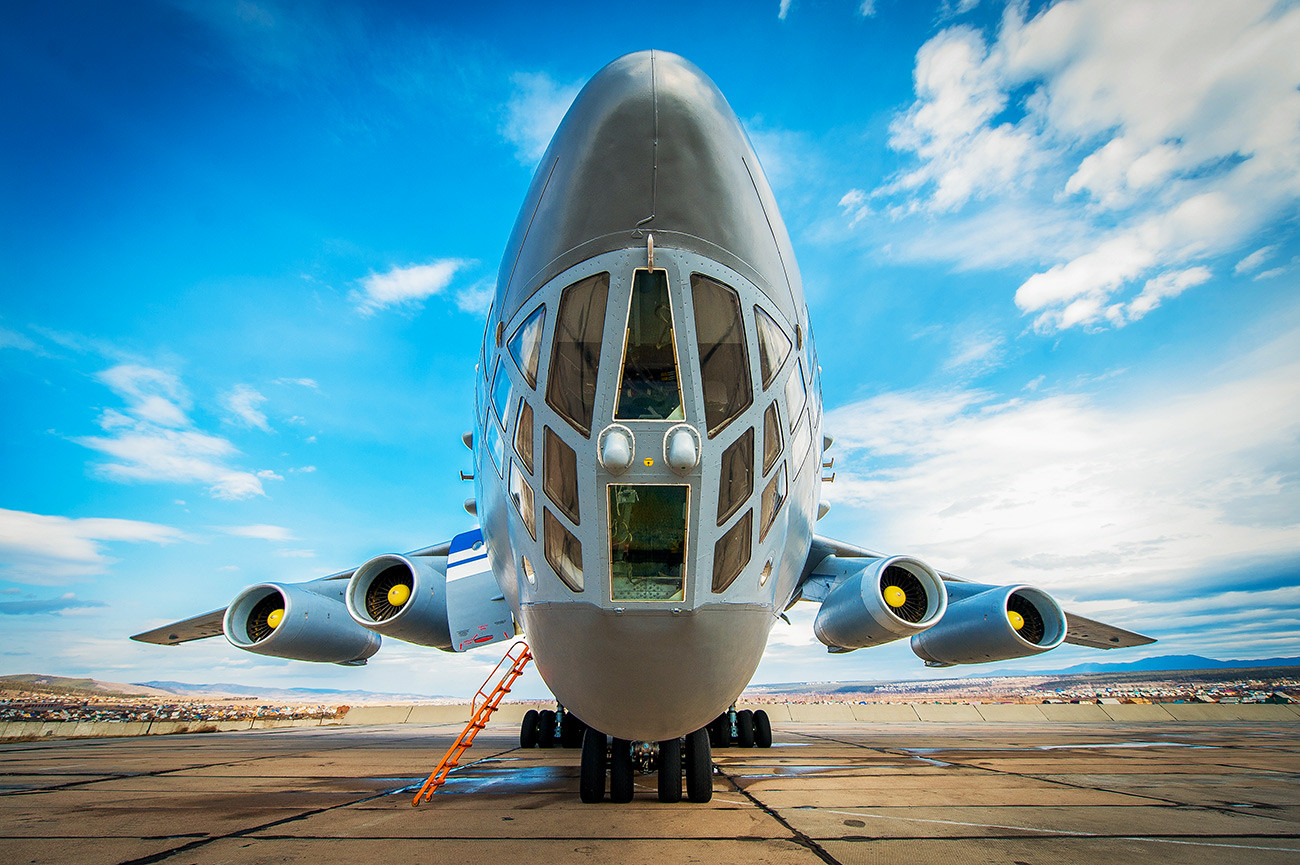 With almost 1,000 units, the Il-76 is the most-produced military cargo jet in the world. A true gem of the Soviet aviation industry, the aircraft has been in  production since the 1970s and is operational in dozens of countries worldwide - from India to the U.S.

The aircraft is able to carry 245 soldiers with weapons, 126 fully-equipped paratroopers, or three infantry fighting vehicles.

The Il-76 underwent numerous modifications, including the Il-76SK, a strategic air command post to guide the country's nuclear forces in case the ground control points are all taken out of service.

Another modification, the Il-76MDK is designed for full-on cosmonaut training. It flies to an altitude of 6,000 meters before nosediving for 27 seconds to replicate zero gravity. Such maneuver is repeated dozens of times.