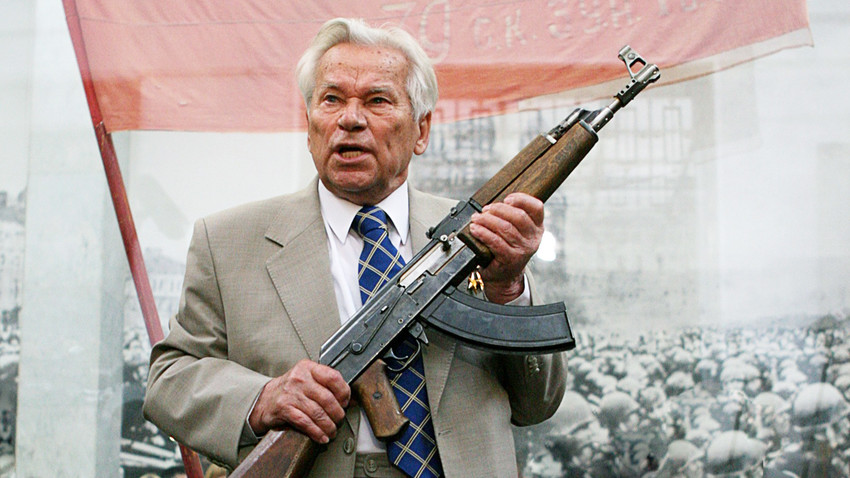 Getty Images
The weapon became a symbol of revolution and rebellion, and accounts for more than 15% of global small arms.

In the late 1940s, arms designer Mikhail Kalashnikov created a machine gun that would become not just the main weapon of the Soviet army, but a national symbol.

Paradoxically, it also became a symbol of revolution and a permanent fixture in the hands of partisans and opponents of authoritarian regimes across the developing world. 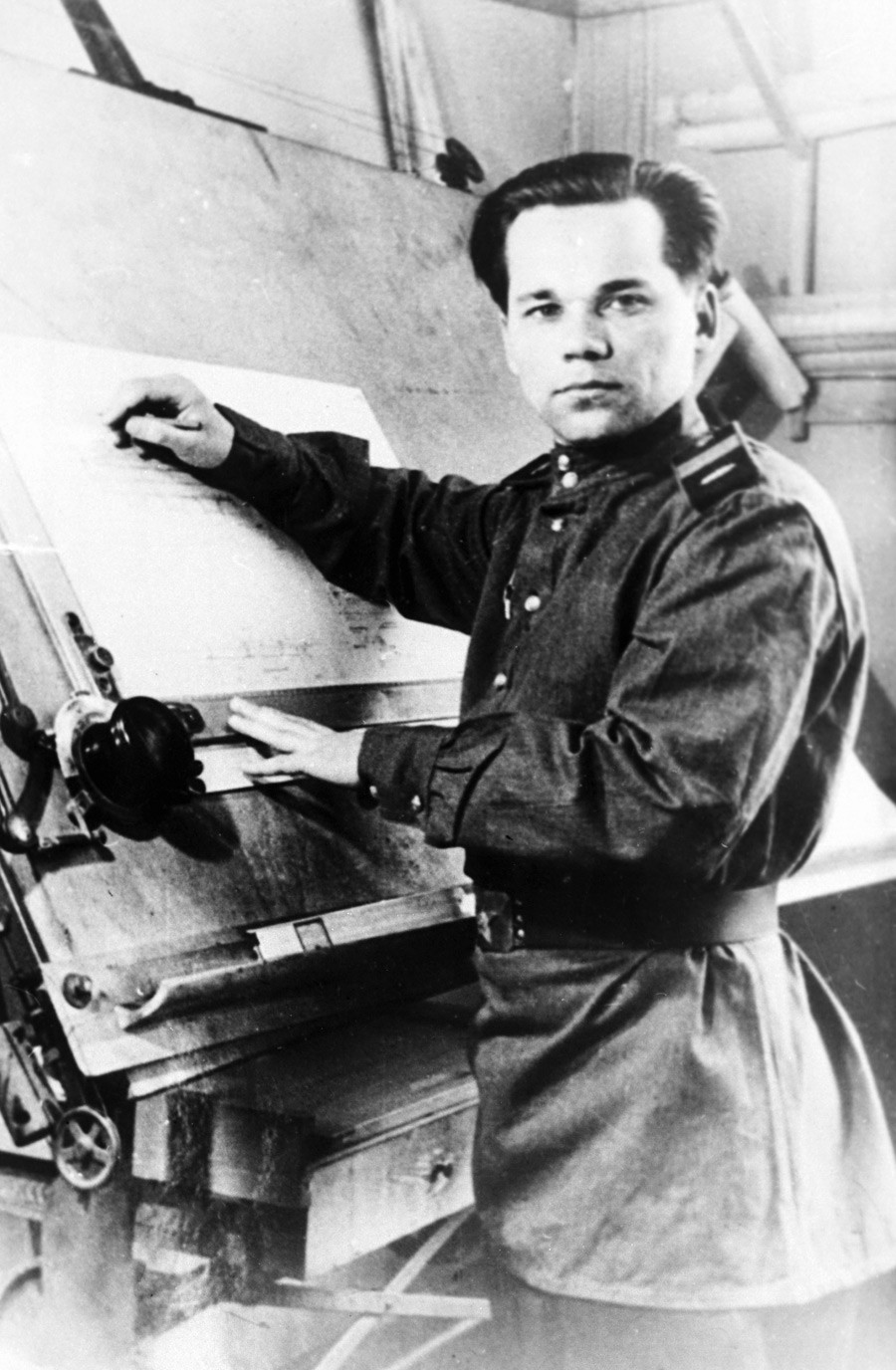 Mikhail Kalashnikov was born into a peasant family on November 10, 1919, in the small village of Kurya in Russia’s Altai Region. The future designer was the 17th (!) child in the family. Since his parents struggled to earn enough to feed all of them, he found a job working on the construction of the Turkestan-Siberian railway when still in seventh grade.

There he got interested in designing machinery and equipment, helping him to become a tankman in the Soviet army a few years later.

Kalashnikov produced his first inventions even before WW2 started, including a shot counter for machine guns and a mileage counter for tanks. Each invention was mass produced and used in of the day.

In 1941, WW2 came to the Soviet Union. In September that year, Kalashnikov was dispatched to the front as a tank driver, but a month later was seriously wounded and hospitalized. With the frontline war over for him, he was sent to a weapons factory in Izhevsk, where he was tasked with developing small arms for the military.

His first assault rifle was in fact created from his hospital bed – a submachine gun for tankers. It was a compact, portable unit that soldiers could carry in cramped vehicles. However, it suffered from poor accuracy, and in war there was no time for . So the project sank into oblivion, and Kalashnikov went to work at the plant to produce mass weapons. 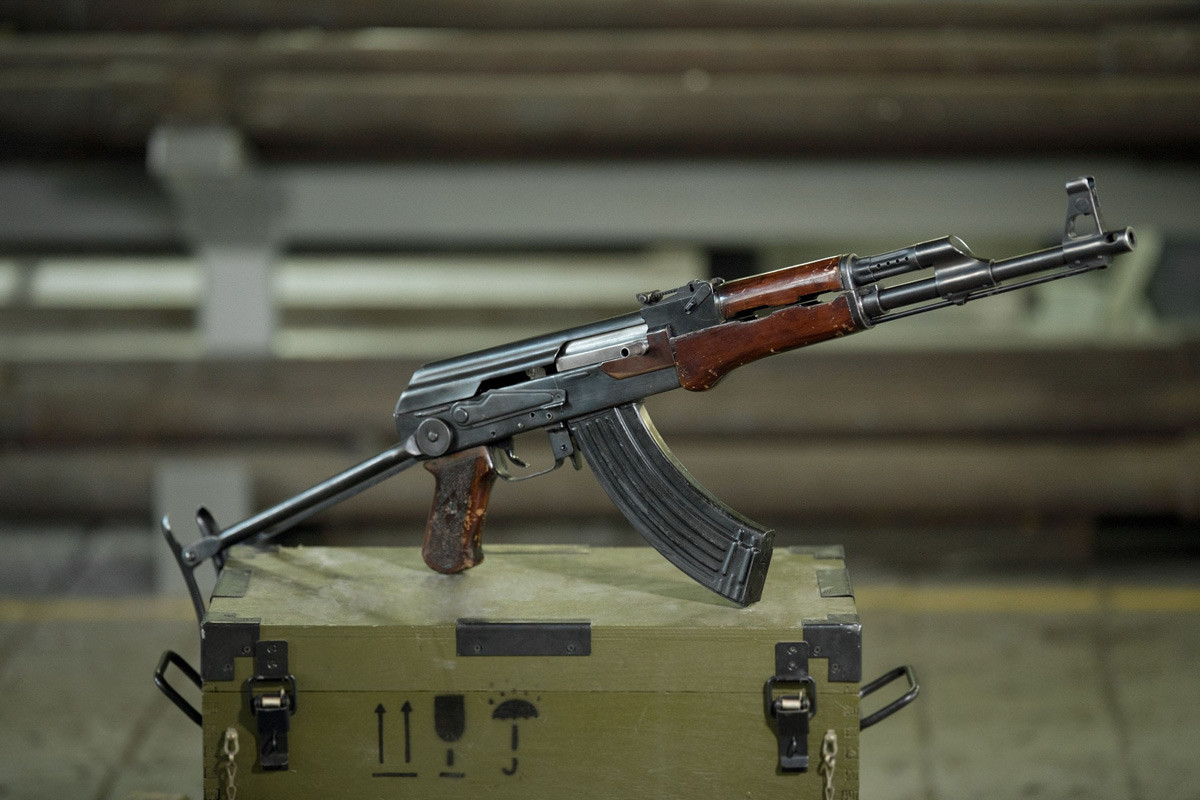 The early 1940s saw the emergence of a new class of small arms: assault rifles. The first appeared in the hands of Nazi troops and would effectively revolutionize the world of weapons production.

The uniqueness of such rifles lay in the cartridge, which was weaker than that of a standard rifle, but far more powerful than a pistol’s. This enabled the power of rifles to be combined with the rate of fire of submachine guns, allowing the shooter to fire bursts and at the same time hit targets at a distance of 100-200 meters, like the best rifles of that time.

It was in this class of weapons that Kalashnikov made his first and greatest breakthrough with the famous AK, built for such “intermediate” 7.62x39-mm cartridge. He presented his invention to the Ministry of Defense towards the end of as part of a tender to select the Soviet army’s new main firearm 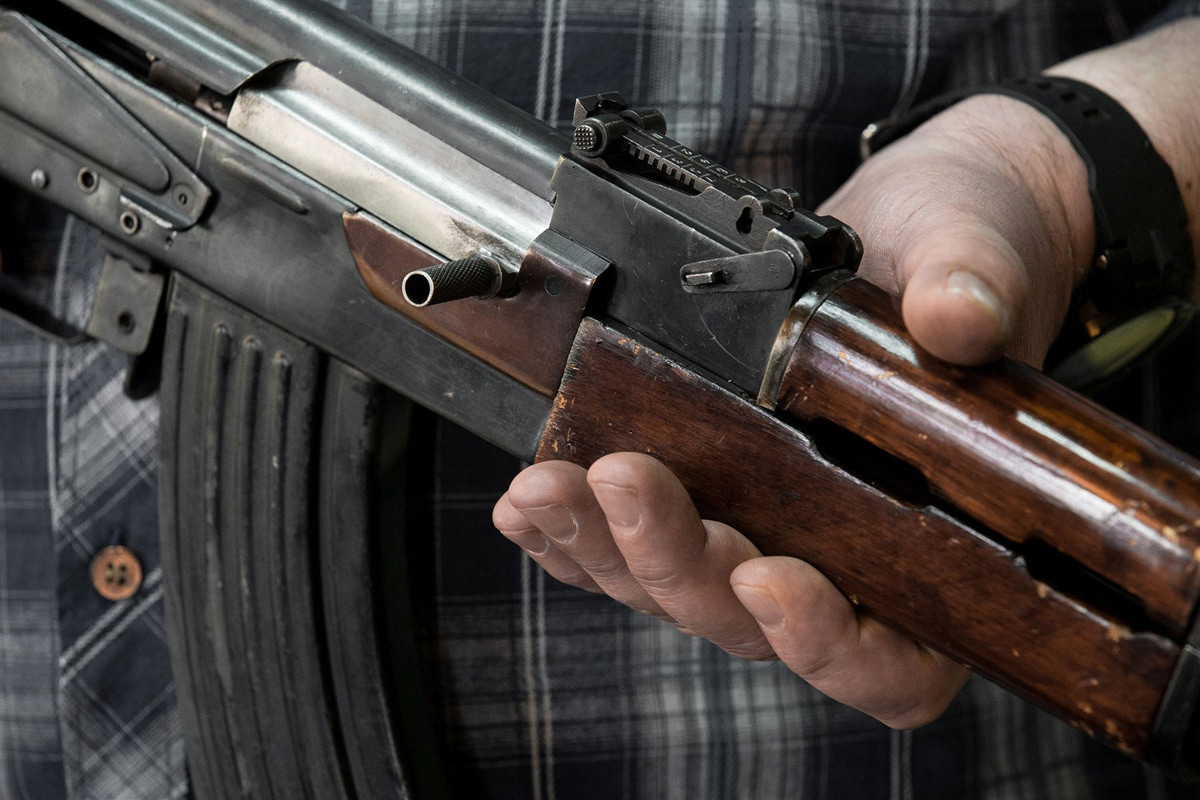 design defeated all competitors, and the plant in Izhevsk where he worked began production of the Kalashnikov assault rifle, which became famous worldwide as the AK-47.

Yet the world’s most famous machine gun still had to undergo a series of improvements, aided by German engineers from the Schmeisser concern taken prisoner at the end of the war. The key flaw in the AK-47 was again the accuracy of fire – or rather, the near total lack thereof. Over the next few years, Russian and German engineers worked on correcting this deficiency.

The result was the most reliable shooting platform ever, right up to the present day. Such opinion was expressed by members of Russia’s Special Operations Forces (SOF) in conversation with Russia Beyond.

“The Kalashnikov is inferior to modern American/German models in terms of accuracy of fire and ergonomics. So when operating in narrow spaces where speed is vital, I prefer the AR or HK platform. But in the Middle East, in Syria for example, the AK wins every time for its reliability and simplicity,” operative told Russia Beyond during drills in Chechnya.

The secret of the AK’s 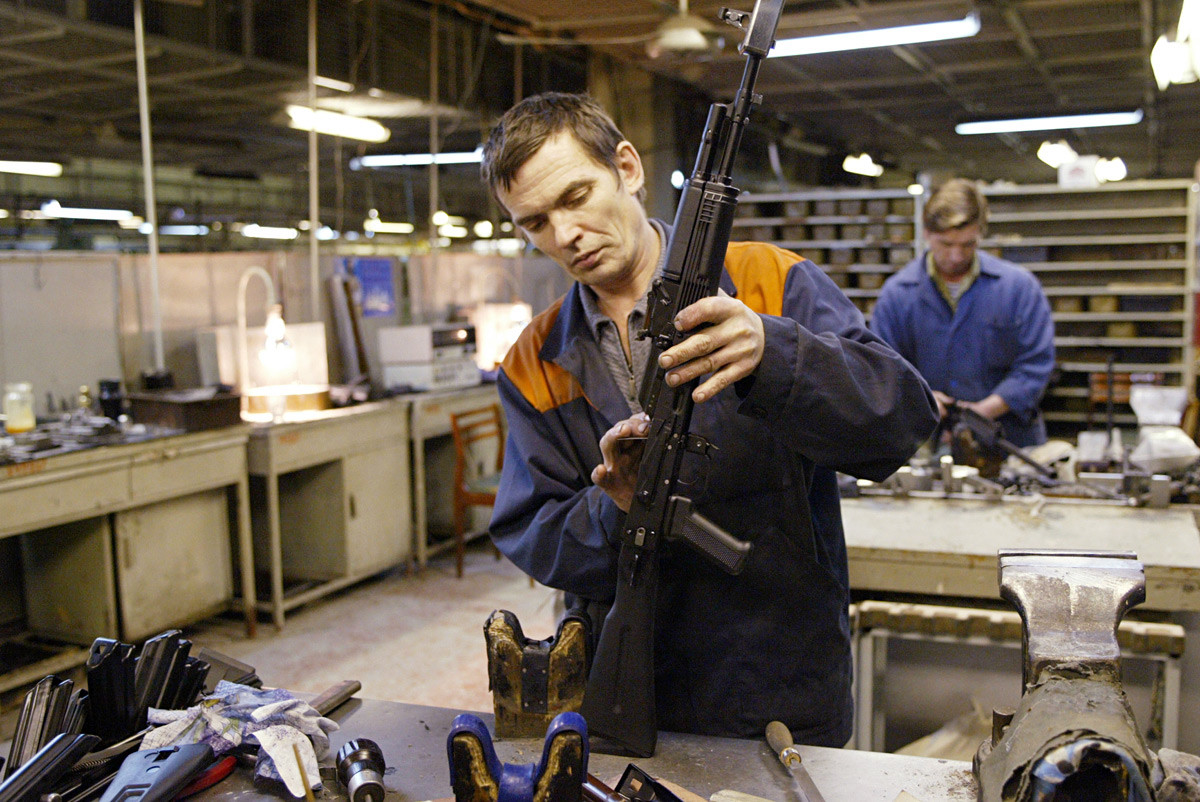 AK platform gained global popularity thanks to its much-touted reliability and, more importantly still, ease of production. To date, the world counts around 100 million Kalashnikov assault rifles spread throughout 55 countries. And that’s just those officially registered, not taking into account the numerous reverse-engineered copies. Such weapons can often be found in the hands of partisans and freedom fighters in developing countries.

There are several reasons for this. Besides the above-mentioned simplicity and reliability, there is the price. For instance, European AK costs around $300 on the market. That’s compared to a starting price of $1,000 for its main competitor, the U.S. AR-15.

The Kalashnikov assault rifle was adopted by all countries in the former socialist bloc and many others. At present, AK-47 modifications are produced in Albania, Bulgaria, Hungary, Egypt, Iran, China, Poland, Romania, and North Korea, often without a license 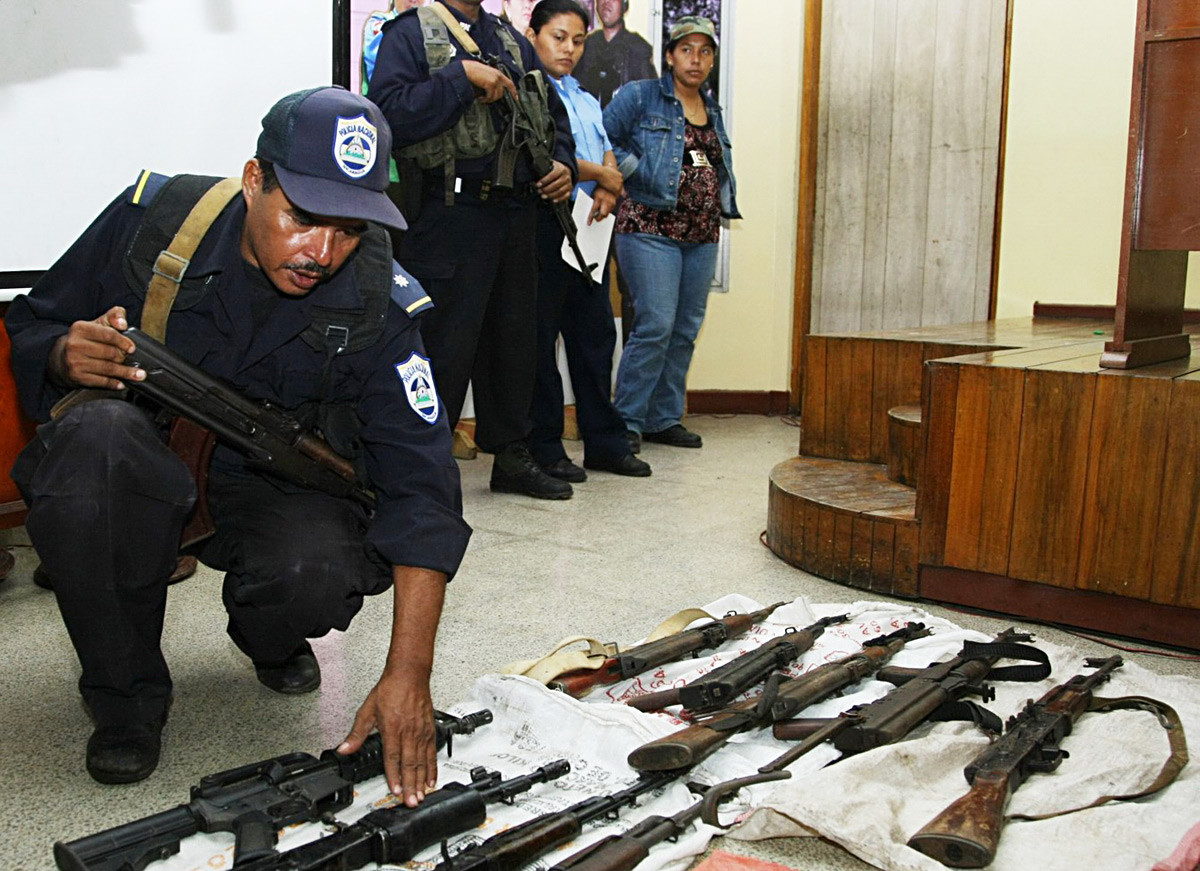 The weapon is also popular in criminal communities worldwide. For instance, Latin American drug cartels even gave it the nickname de (“goat’s horn”), apparently due to its curved magazine loader.

Life after the AK 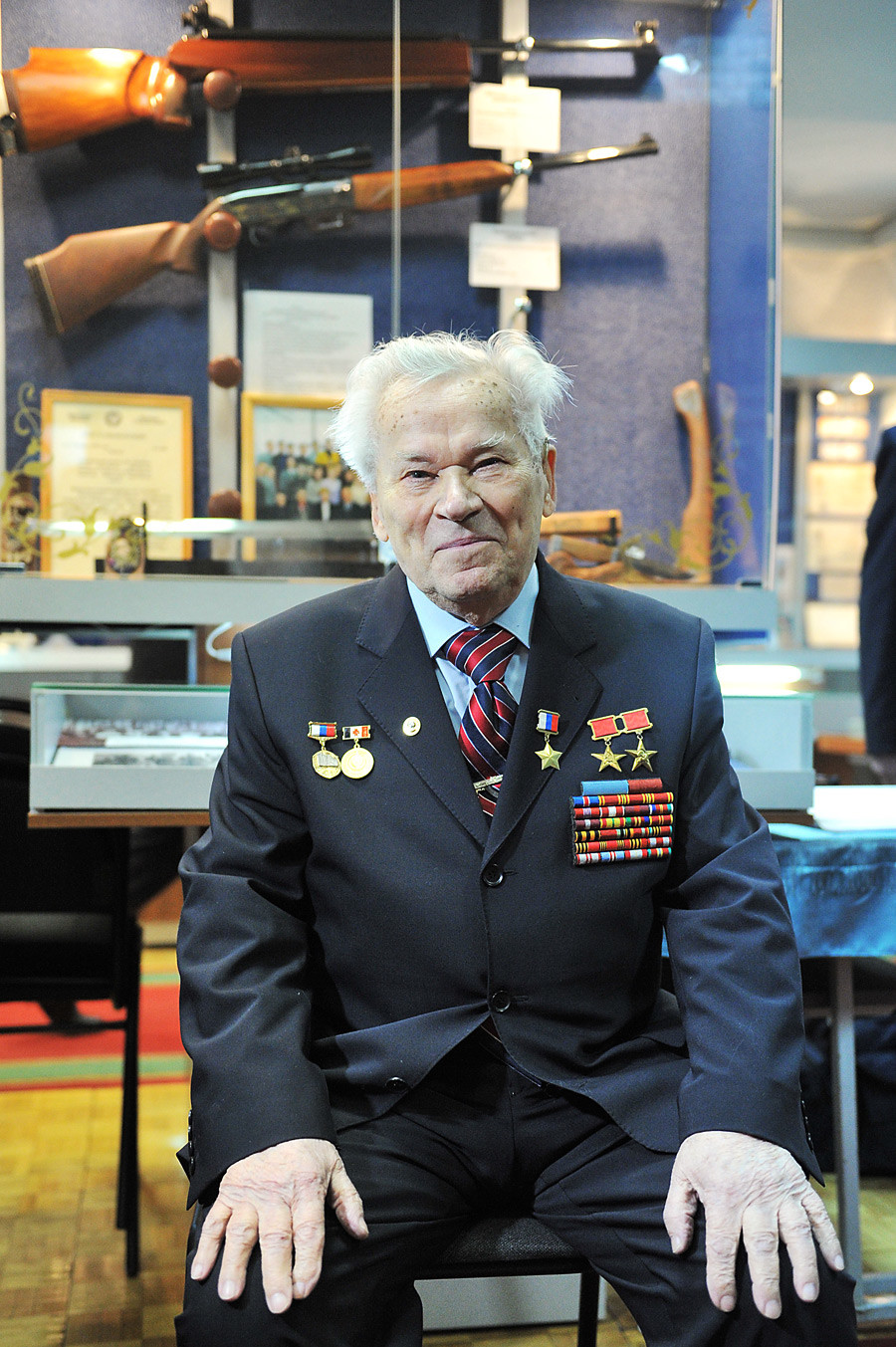 The platform developed by Kalashnikov in the late 1940s became the basis for the entire small arms industry in the USSR. It is no exaggeration to say that ALL later automatic rifles and machine guns produced in the USSR and Russia, regardless of caliber and size, were built around the AK’s gas piston and mechanics.

As such, over the next , Mikhail Kalashnikov and his team in Izhevsk created a whole series of automatic rifles: small-size 9-mm Vityaz machine guns for operating in narrow urban spaces, where the AK’s superior power could pierce a brick wall; the Kalashnikov machine gun and its Pecheneg derivatives of 7.62x39-mm caliber; an improved 5.45x39-mm version of the AK in the 1970s; and many other small arms for various types of equipment.

“Had it not been for WW2, I’d probably have ended up designing equipment to automate heavy peasant labor. The Germans are to blame for me becoming a military engineer,” Mikhail Kalashnikov told reporters at an exhibition dedicated to the 60th anniversary of the birth of the AK-47.

Until the very last years of his life, Mikhail Kalashnikov was involved in the development of new weapons at his beloved factory in Izhevsk. The great arms designer died in December 2013 after a serious illness.